Thinking about the tallest mountains, what do we represent? Landscapes of Asia, Africa, America, or even India. But what if you look wider and study the mountains not only on Earth but also beyond? 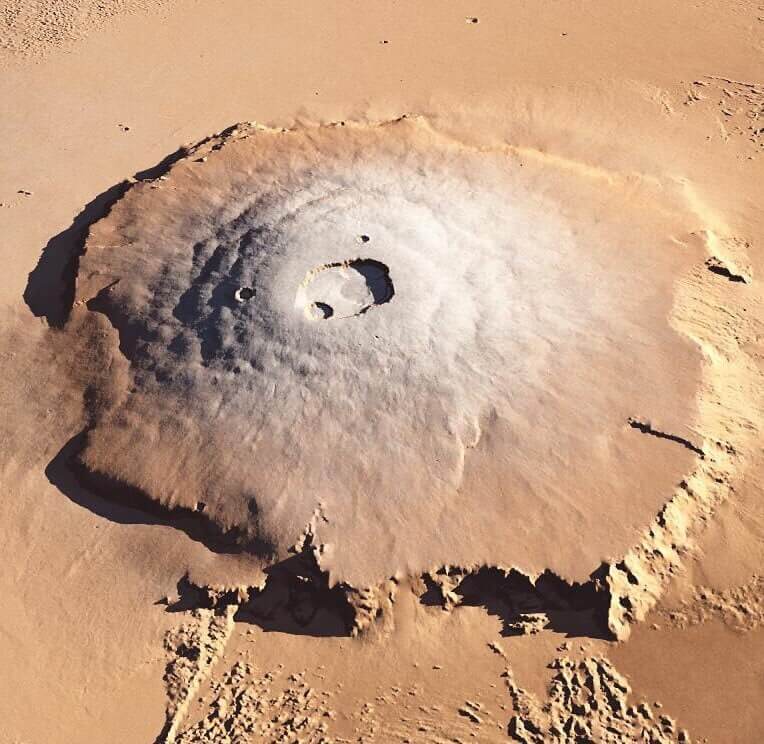 Unlike Everest, Olympus has a very gentle slope, to the base of which is as much as 550 km. The edge of the base of the volcano is marked by a basal rock, the height of which in some places reaches 6 km.

Olympus is the result of many thousands of basaltic lava flows. The volcano’s extraordinary size is due to the lack of movement of tectonic plates on the planet: this allows the Martian crust to remain fixed in place above the magma hotspot, which allows large lava flows to repeat. Many of these streams have dams along their edges. The colder outer edges of the stream solidify, forming dams and leaving a central trough of molten, flowing lava. 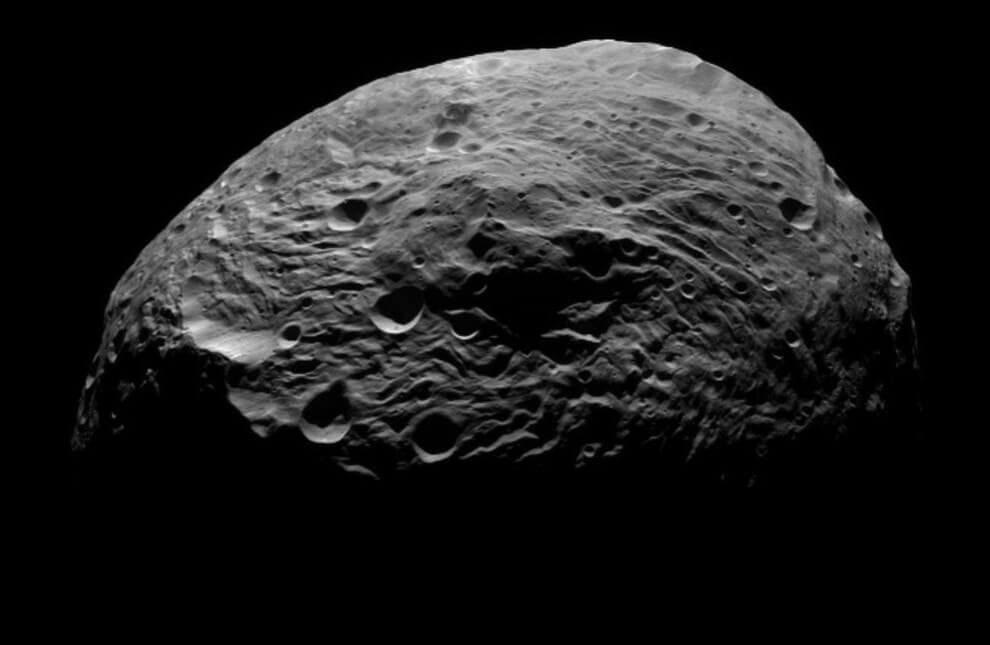 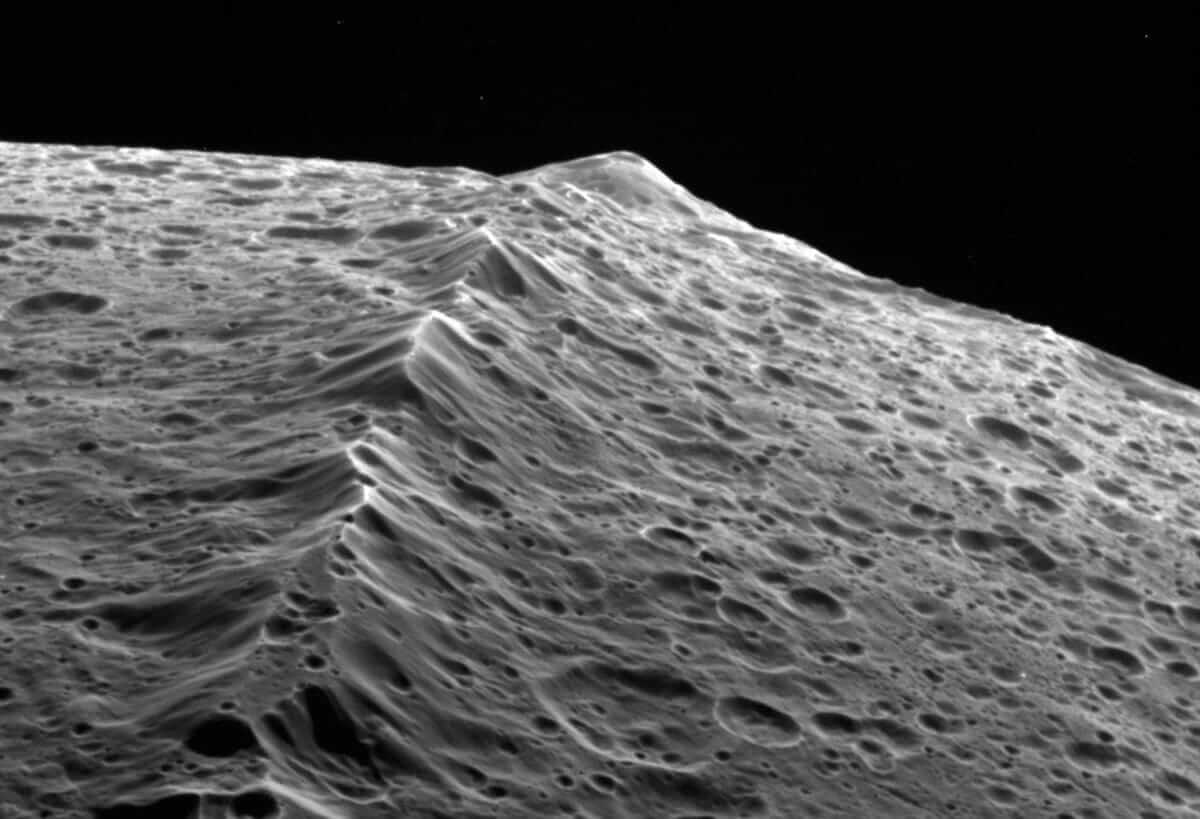 The ridge on Iapetus has remained a mystery since 2004. New modeling shows that it was formed from rocky debris falling at shallow angles, which would allow material to travel downward and accumulate in a continuous rock mass.

The first astronomers to observe Iapetus could not make out the mountain range spanning three-quarters of the equator, but they could see that one side is brighter than the other, so the surface material on these faces must be different.

The first hints that the Iapetus Mountains surround the equator came when the Voyager 2 spacecraft flew over Saturn and its moons in 1981. Scientists saw that there were several “flattened” mountain peaks near the equator.

Curiously, it was not until December 2004, when the Cassini spacecraft flew past Iapetus, that astronomers determined that these aligned peaks were part of a 1,400 km long chain of mountains reaching almost 12 km in height. 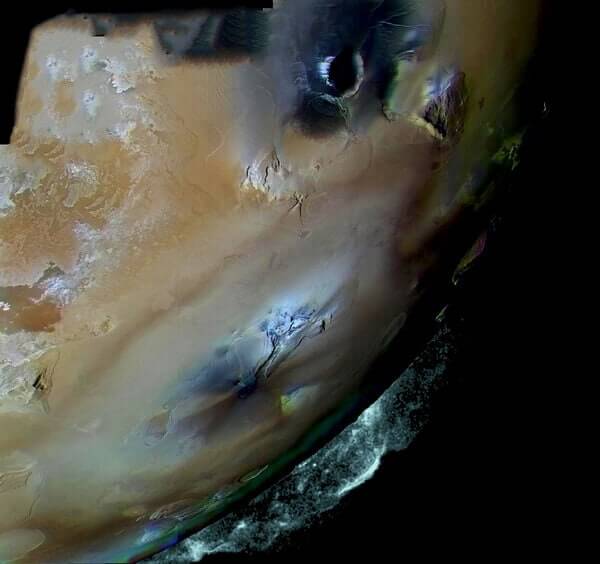 South Boösaule Mons, located northwest of the Pele Plume deposit, is actually not one, but three separate mountains connected by an elevated plain. Each mountain has a unique shape and relief.

The mountain is irregular in shape, with a relatively gentle slope over most of the mountain, except for a sharp drop at the southeastern edge of the peak. 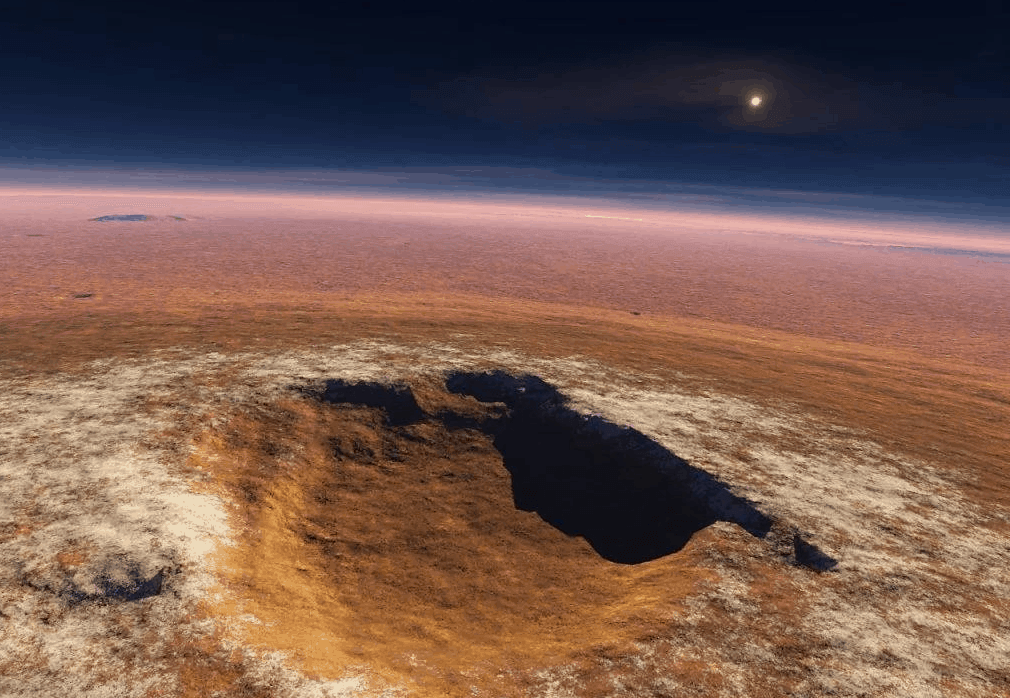 Mount Scricca is the highest of three large volcanoes located northeast of the Tarsis River and aligned parallel to the structural northeastern coast. With a vertical topography of 14.9 km and a diameter of 400 km, the main crater has a convex shape and an upward plateau, while significantly younger slopes of the lava reef emerge from the vast ridges on its lower slopes to the surrounding plains.

Ascraeus Mons has several types of well-preserved surface structures and therefore served as a basis for understanding the geodynamics of the Martian volcano. 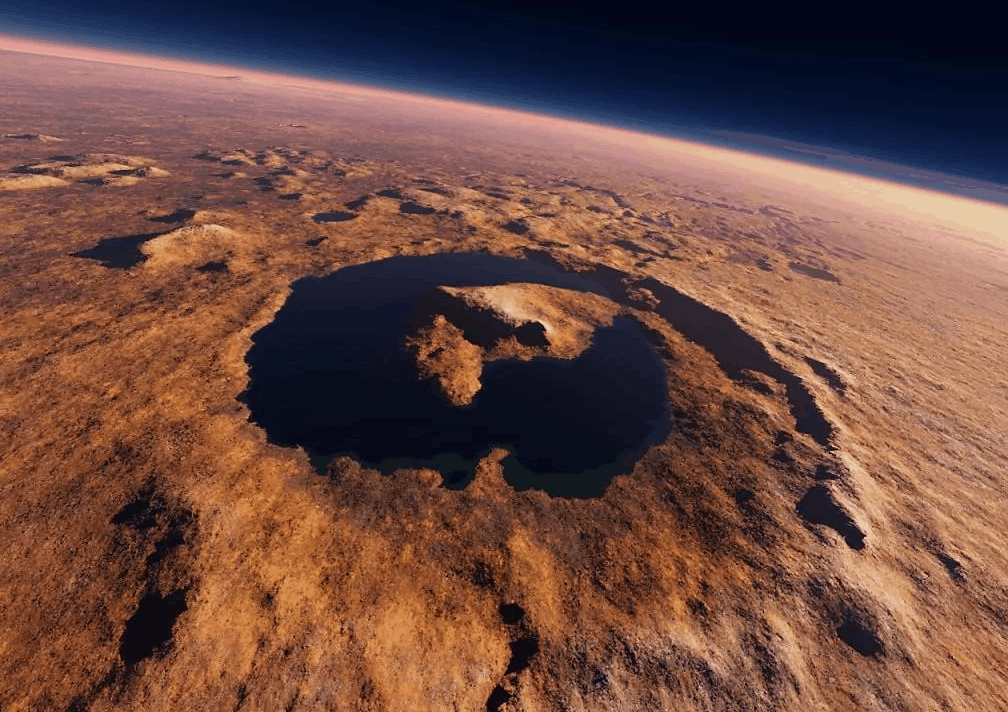 This volcano is much smaller than the Tarsis volcanoes. Its height is only 9 km and its diameter is about 240 km. As such, it is almost the same size as the largest Hawaiian volcanoes. However, like Tarsis, Elysius “sits” on a large number of lava flows. This allows it to rise 12 km above the average altitude of the planet. It slopes so smoothly into the surrounding lava plains that its base is difficult to see.

A smaller volcano, Albor, can also be seen, partially buried by the lava plains surrounding Elysium. Also in the area of the mountain, apparently, ground ice is widespread (there is no 100% accurate data yet). Such ice easily melts near hot magmas, so meltwater is, in theory, a ready source of erosion in the Elysium region. 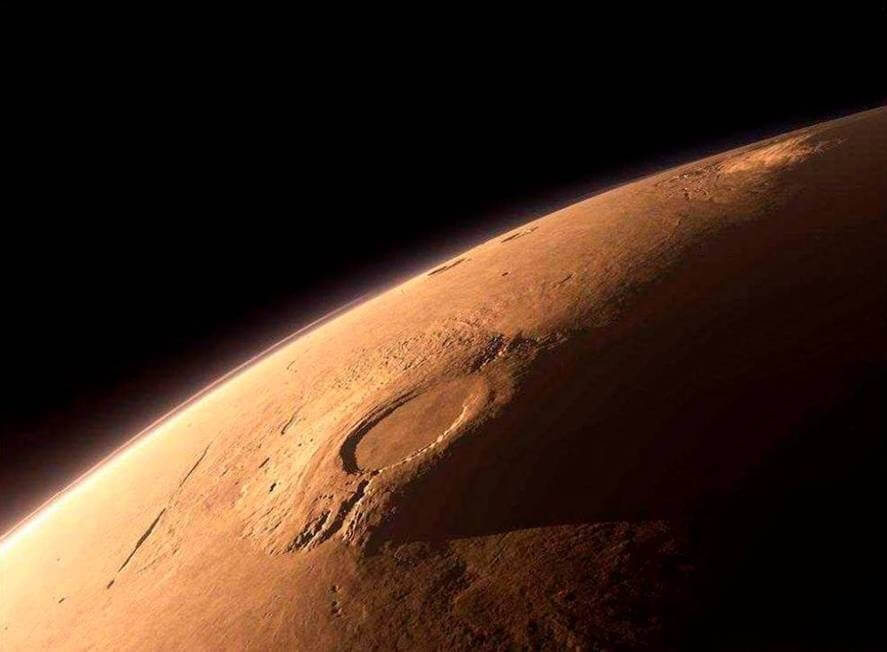 It is an extinct volcano in the Tarsis region near the equator of Mars. Its name is the classic name of the object and comes from the corresponding albedo feature on the map by Giovanni Schiaparelli, which he in turn named after the legendary Roman forest Arsia Silva.

Researchers have found a lot of evidence of glaciers on Arsia, in particular seven cave entrances on the sides of the volcano. These caves may contain reserves of water ice or even life. 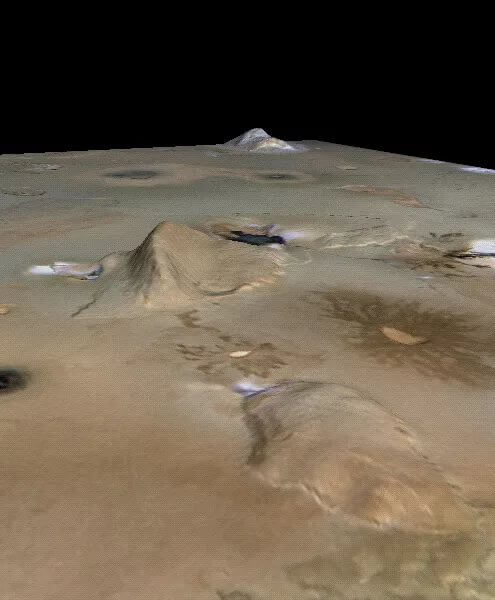 Euboea is a mountain on Io, the moon of Jupiter. It is about 10.5 km high and was formed by tilting a block of the earth’s crust followed by modification by a very large landslide.

The mountain is shaped like a rugby ball (175 km by 240 km) and is located about 40 km east of the Creidne Patera caldera.

There is a curved ridge that divides Euboea into two parts: a steep southern flank with an uneven surface of rounded mounds and a smoother northern flank that slopes about 6 ° to the northwest. 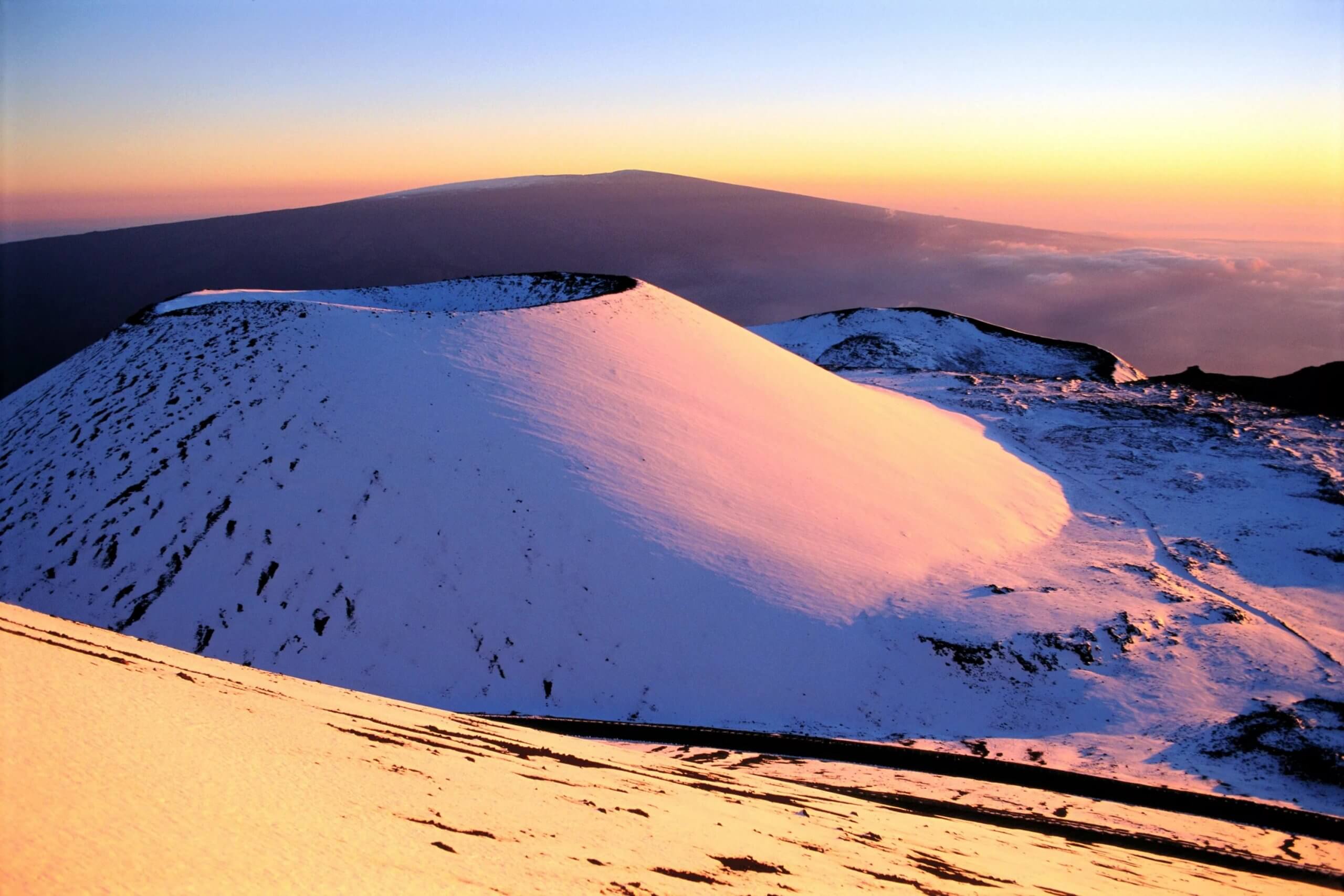 The composition of Mauna Kea is mainly tholeiitic basalt covered with alkaline lavas ranging from Hawaiian to Benmore composition. Remnants of the glacial layer of the last global ice age (about 20,000 years ago) can be seen at the summit of Mauna Kea.

Mauna Kea is well known to the locals as a great place for skiing and snowboarding, although it sounds strange. Many people go up the mountain every winter because it often snows at the top and a road leads to it. In fact, it is because of the snow cap that the Hawaiians named the mountain Mauna Kea (or “White Mountain”). 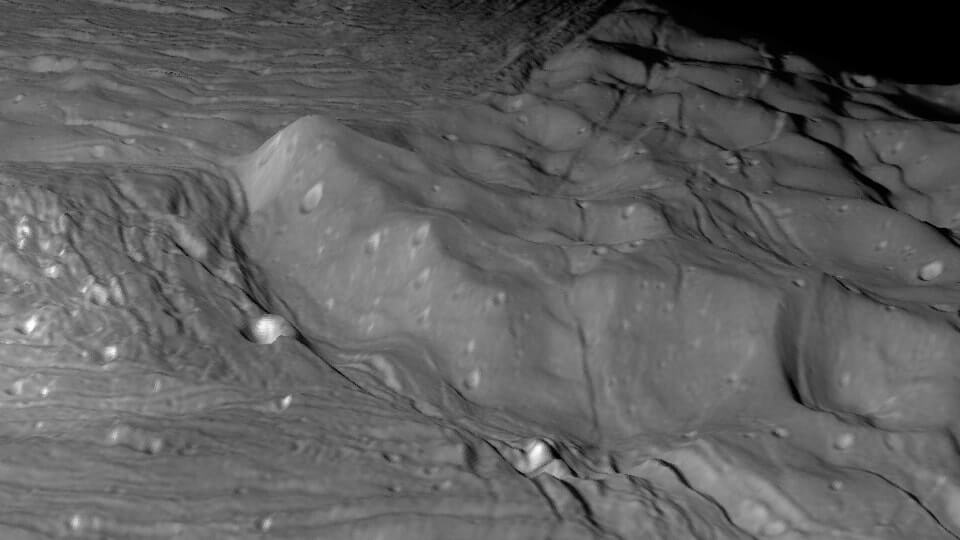 Verona is a rock on Miranda, a satellite of Uranus. The most amazing thing about it is not the top, but the cliff, which was previously considered to be from 5 to 10 km high, but as of 2016 is considered to be 20 km high, which makes it the tallest known cliff in the solar system. The cliff could have been created by a violent blow that caused the satellite to collapse and reassemble, or the earth’s crust burst.

Given the low gravity of Miranda, it will take about 12 minutes to fall from the top, and you can reach the bottom at a speed of about 200 km / h. The most striking thing is that even in this case, a person could survive with protection and airbags.