Top 10 most beautiful cat breeds in the world

Every cat, even an ordinary yard cat, is beautiful. How it moves gracefully, jumps gracefully, and conquers with its unique huge eyes. No wonder cat photos are the most popular topic on social networks.

A cat that appears in a house immediately becomes its owner, and no one can resist its most potent charisma. But there are remarkable animals, not the usual yard gray color, but with a memorable appearance.

The most beautiful breeds of cats in the world have won the heart of more than one cat owner because it is impossible to remain indifferent to this beauty, multiplied by charm, even if you have not previously experienced a special love for these fluffy pets.

These are the top 10 most beautiful cat breeds in the world. 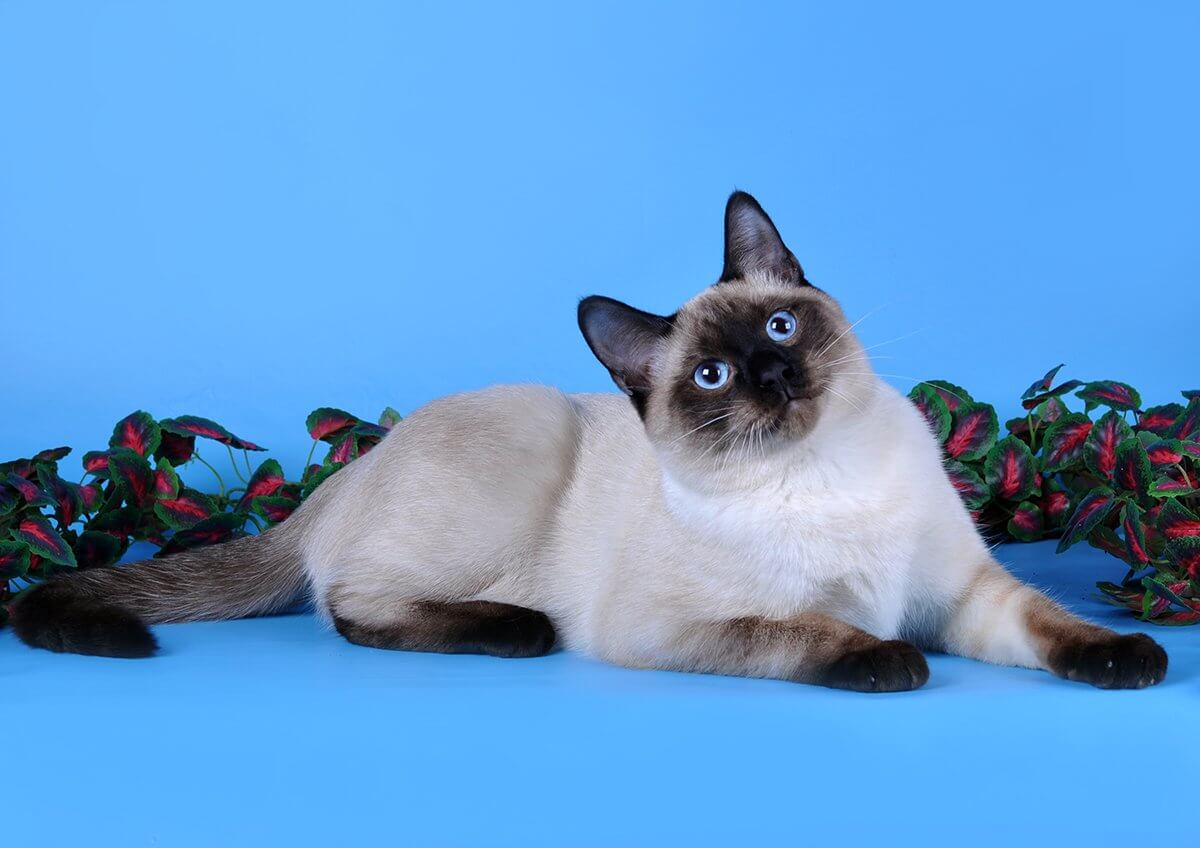 They are small in size, proportionally folded, with a flexible bodies. A Siamese cat, if it is a thoroughbred, with almond-shaped eyes and an extraordinarily bright blue color. Cats may have slanted eyes.

It has a point color, i.e., dark markings on the ears, muzzle, tail and paws. When it gets colder, the Siamese cat’s coat darkens.

Especially noteworthy is the tail, which seems to be broken at the very tip. Siamese is the breed standard. Cats are short-haired and can be of different colors. 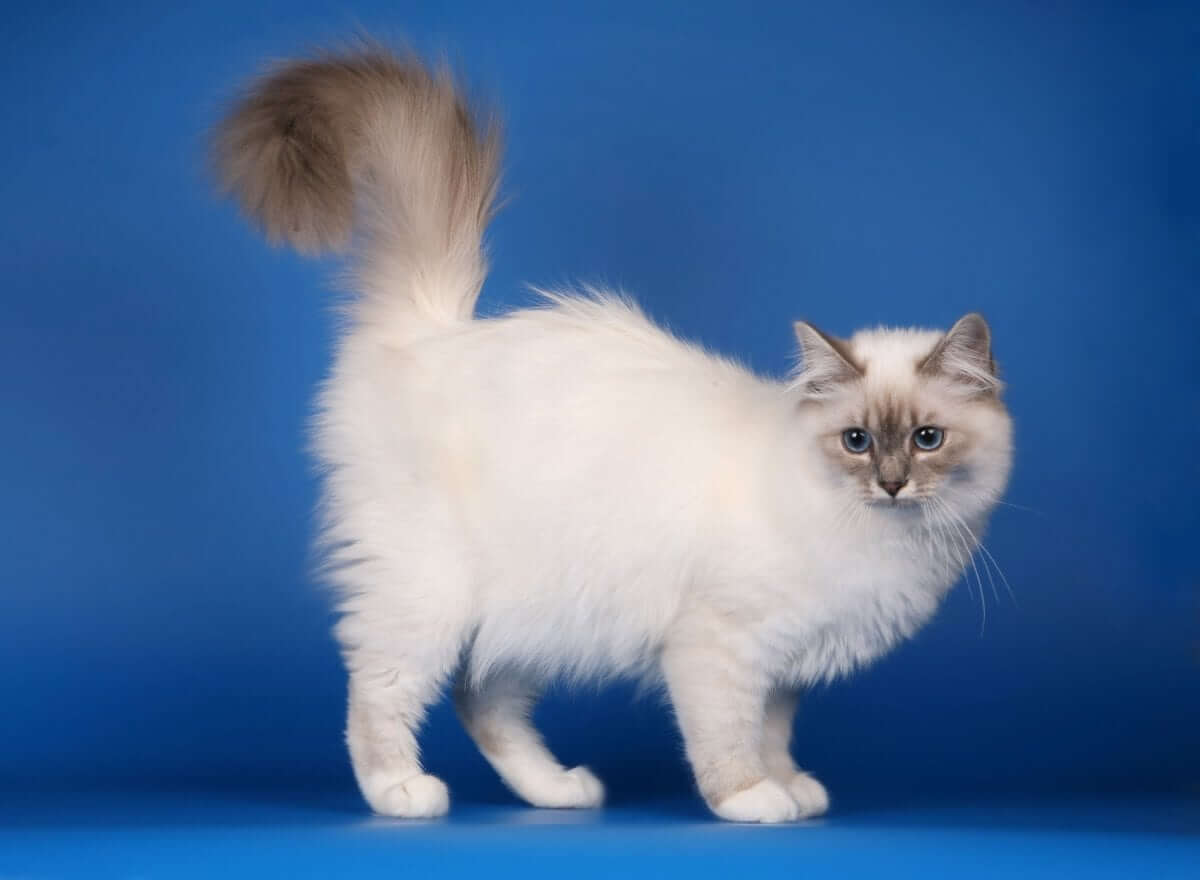 A Burmese cat has a stocky, elegant body and a strong bone structure. It looks massive and majestic. Its “highlight” is the color, which begins to change gradually. Kittens are white, branded dark markings appear only by 6 months, and the full color appears only by 3 years. Their muzzle, tail, ears and paws are not the same color as the entire body. The standard colors are blue, chocolate, and cream.

The Burmese cat can be proud of its coat, and on its legs, they form “pants,” and on the neck and chest – a “fur vest.” The eyes are round or oval, a bright, rich blue color called aquamarine. 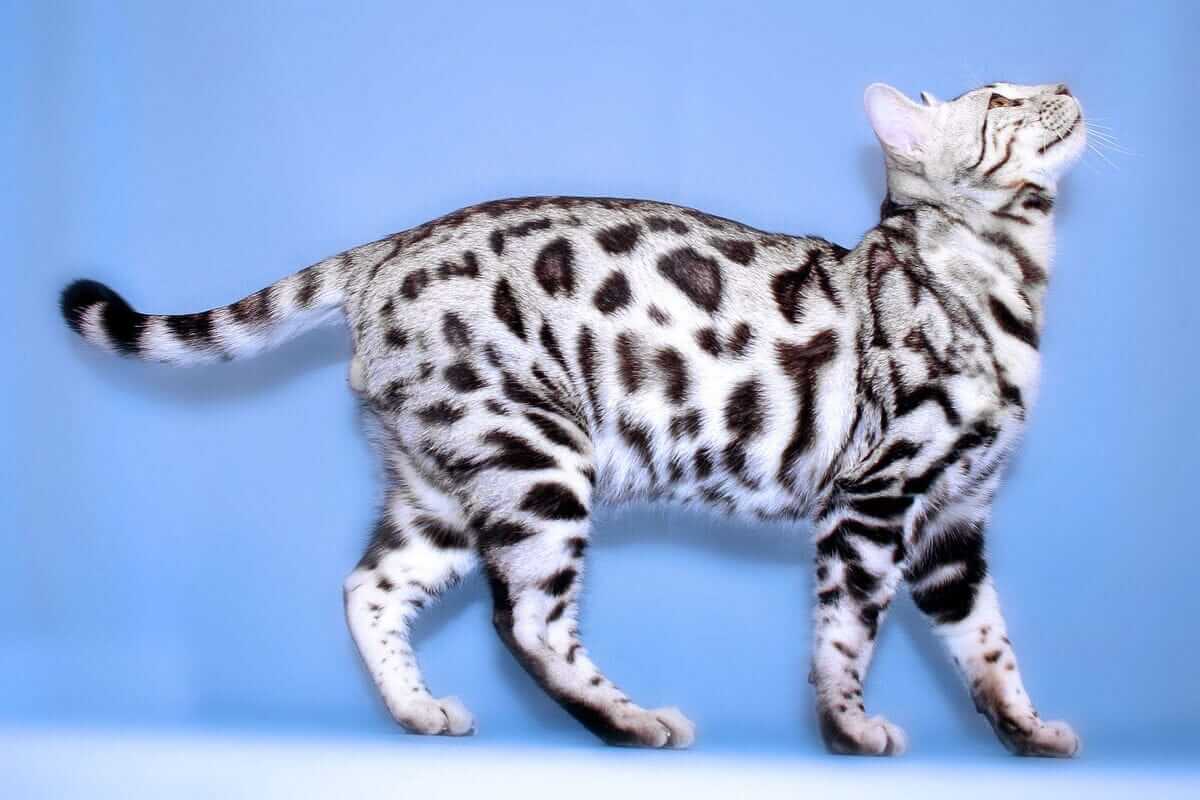 A Bengal cat, in its color, resembles a leopard, beautiful, strong, and graceful, and it is large or medium-sized, with a short, thick coat. It is very silky, with a memorable “inner” shine. This property was inherited from wild ancestors, i.e., the leopard cat.

They have expressive and large eyes, oval in shape, and widely spaced. They have bright colors, from green to gold, and some cats are blue. The body is robust and elongated.

The Bengal cat is charming, playful and energetic. 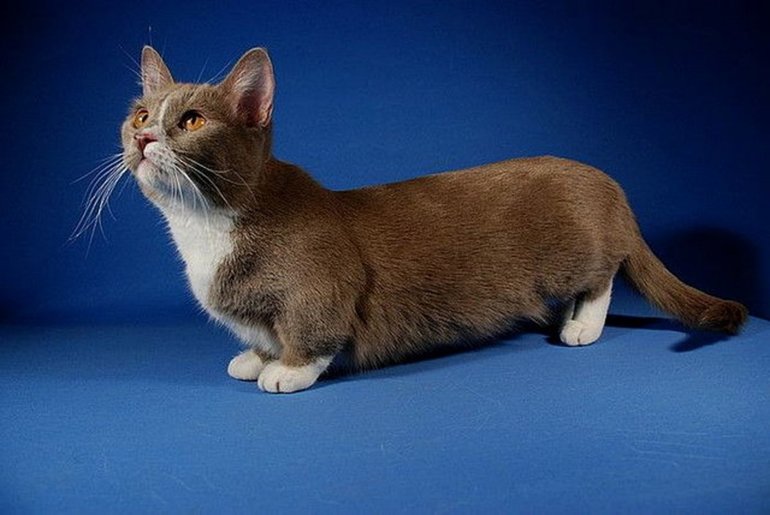 These are unusual cats because they have incredibly short legs. With a standard body length, the size of the munchkin‘s paws is 2-3 times smaller than that of other cats, so they are sometimes called dachshunds.

Representatives of this breed have an elongated broad body, solid and muscular. The eyes are large or medium in size, unusually almond-shaped, and widely spaced, making this breed’s muzzle of representatives look open and friendly. Wool can be different, as well as its color.

These are very affectionate, friendly cats with irrepressible energy. Despite their small size, they move around the house with great speed.

Several times a day, the munchkin sits on its hind legs and holds its front legs in front of it, somewhat resembling a kangaroo or meerkat. 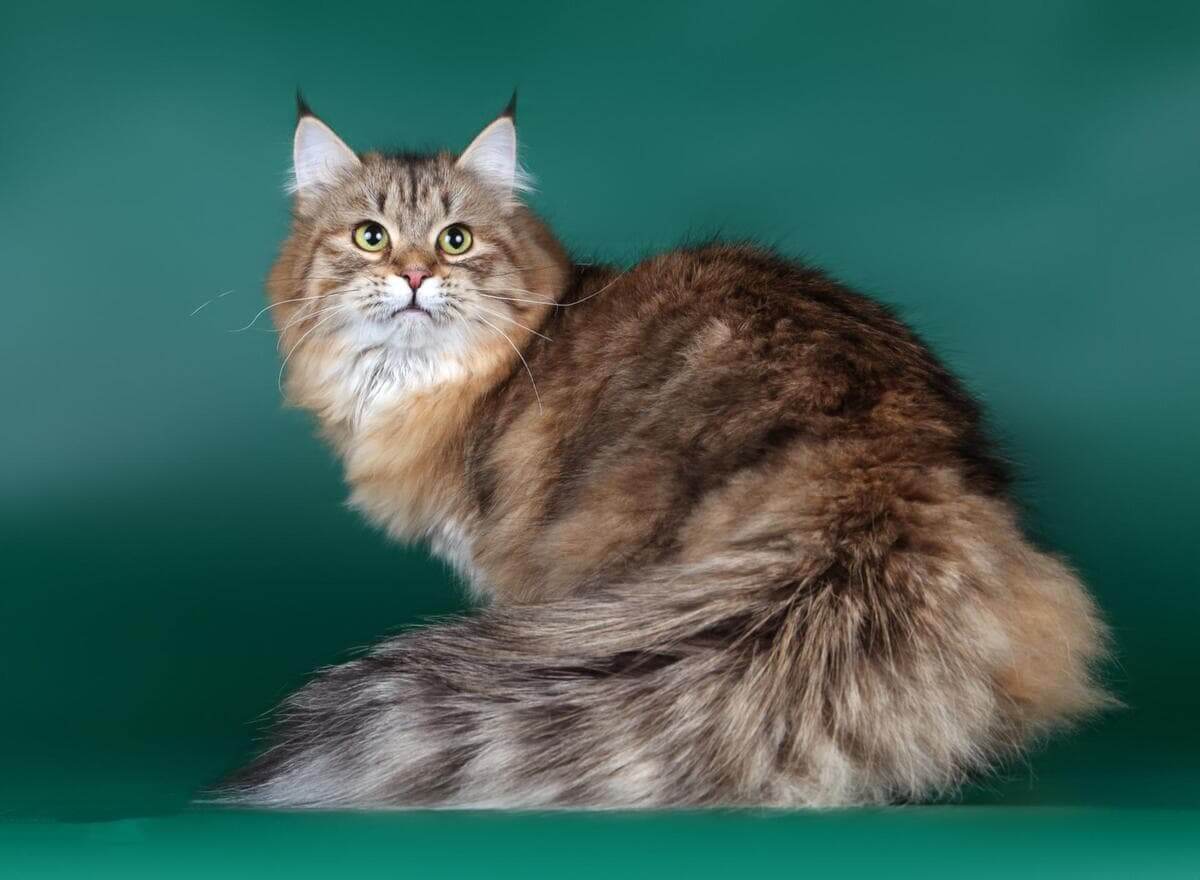 A strong animal that weighs from 4 to 6 kg, sometimes the weight of cats reaches 12 kg. The Siberian cat is a recognized Russian beauty. It has a well-developed large body and powerful paws, and small tufts of hair are visible between the fingers.

The auricle is covered with hair. The eyes are rounded, with an expressive look. Around the neck is a woolen caftan; the tail is moderately long, fluffy and wide, similar to a raccoon’s tail. The coat is very thick and challenging, with two layers of undercoat. The hind legs are dressed in “pants.”

Siberian cats are very attached to their owner but wayward and not “talkative.” 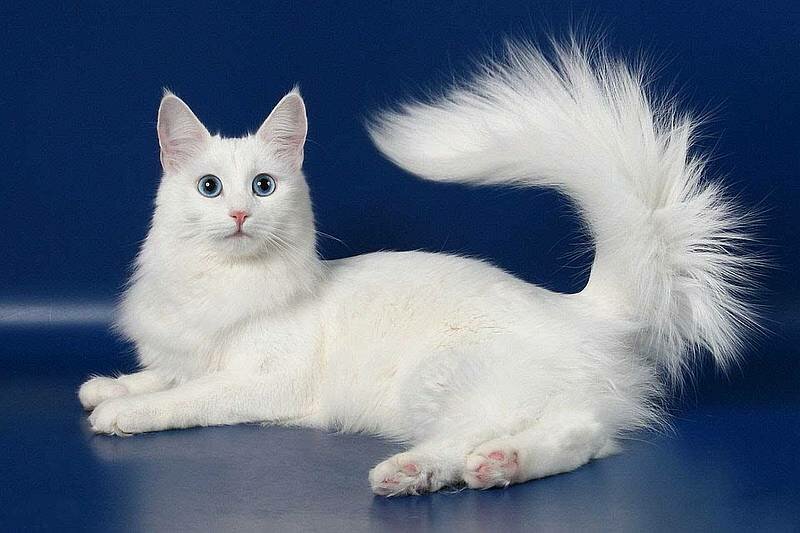 One of the most beautiful breeds of cats with a long silky coat, they used to be kept by rulers or aristocrats. Snow-white cats with blue eyes are especially appreciated. It will be chic for any age.

Turkish angora has medium-sized with a flexible and graceful body. The eyes are enormous, set wide apart, with a rounded, slightly slanted shape. They can be green, blue, or yellow. Representatives of this breed often have cats with heterochromia, i.e., they may have eyes of different colors; for example, one is blue, and the other is yellow.

The coat of the Turkish angora is very soft and crumbly; without an undercoat, it is slightly longer in the area of the collar or “pants.” The color can be white, cream, brown, smoky, etc.

Their muzzle is a little narrow; their tail is long and fluffy. It has an independent and wayward nature and a well-developed hunting instinct. 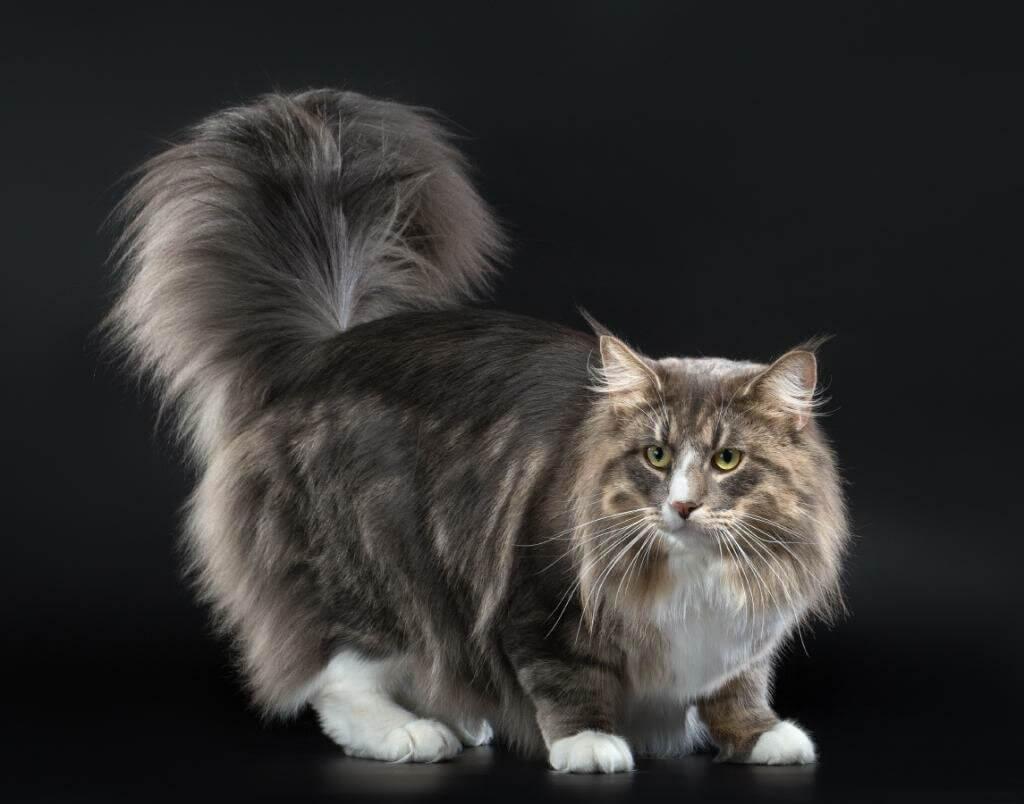 These are enormous animals that can weigh up to 10 kg. The Norwegian forest cat always attracts attention with its aristocratic appearance and size, as it seems even more significant than it is due to its very thick coat.

It is semi-long, with a fluffy and wavy undercoat, oily, and has a water-repellent effect. Because of this feature, representatives of this breed sometimes look a little untidy.

Color can be different; experts counted about 64 options. The body is significant and influential, the paws are vast, and there are thick tufts of hair between the fingers.

The character of the Norwegian forest is balanced; they are friendly. They need long walks daily, so keeping them in a private house is better. 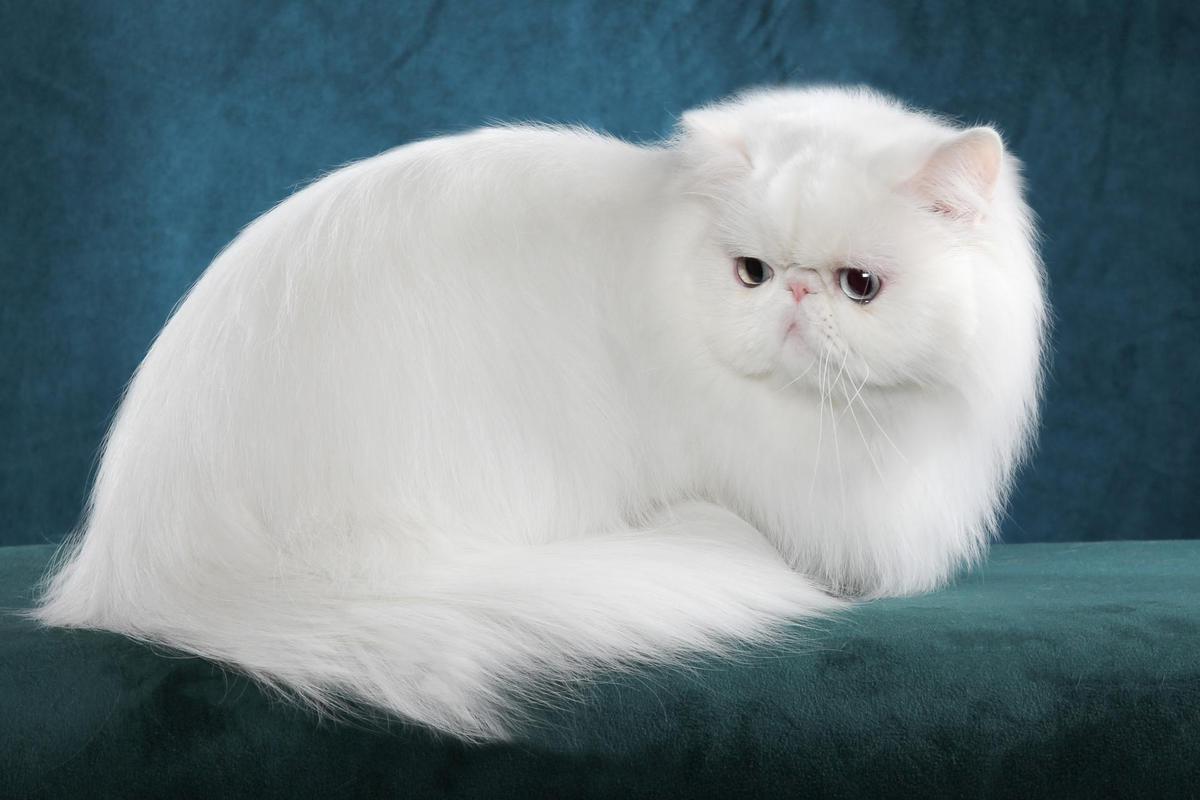 Persian cats are one of the most popular breeds in the world. Representatives of this breed have squat and compact bodies and rounded paws, which may have tufts of hair between the fingers. It has thick and strong limbs.

The Persian cat is distinguished by an open, questioning, expressive look and small ears with rounded tips. Their tail is short and thick but very fluffy, with long hair.

A distinctive feature of this breed is a very thick, fine, silky and long coat. The color can be different, from dark to light tones.

Persian cats are sedentary, prefer to lie down, and can not run fast and jump high. They are very calm and easy-going. 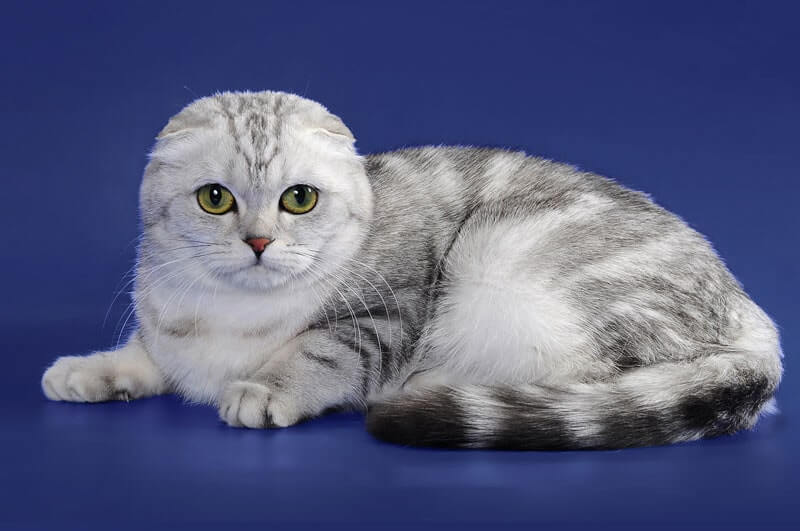 In appearance, these cats are somewhat similar to owls: they have a neat round head, on which are located huge eyes and hanging small ears.

The main distinguishing feature of the Scottish Fold breed is the unique shape of the ears: they are slightly bent forward. They have an elongated, flexible body, and their color can differ from light blue or white to black. The coat is short, very soft and plush. 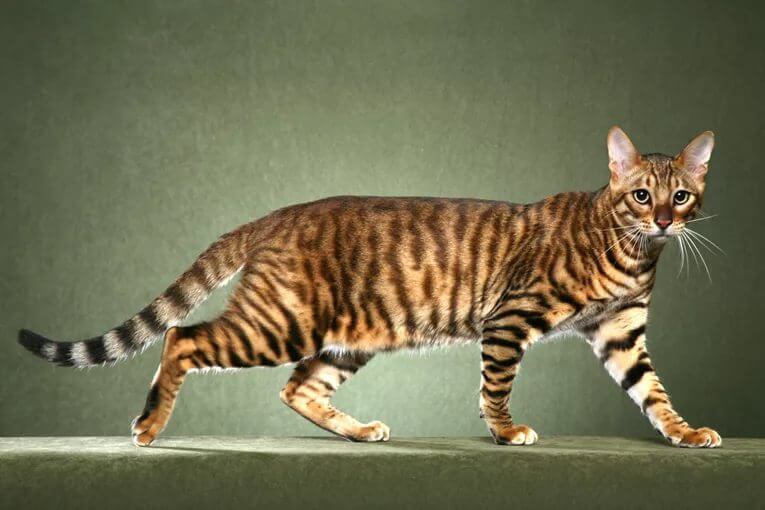 Toyger is an exotic cat breed, bred in the 80s of the last century. The name of the species “toyger” comes from the merger of 2 English words-toy, which means “toy,” and “tiger,” which translates as “tiger.”

Externally, representatives of this breed are very similar to the tiger. The Teuger has a powerful, muscular body with a short but dense coat. It’s soft and silky. Vertical tiger stripes of black color are visible on the body. The color can be either gold, red, or brown. Eyes are yellowish-green, deep-set, and may be small or medium.

Even though this breed looks like a tiger, its representatives have an amiable and cooperative character. Toygers are very affectionate, agile, and also incredibly curious.