Eurasia is literally dotted with the tallest mountains, among which there are truly outstanding specimens. Every climber dreams of conquering them. But what is there to conquer: just to look at this greatness is already worth a lot.

This collection contains the 10 tallest mountains in Eurasia, from Mount Everest to Mont Blanc 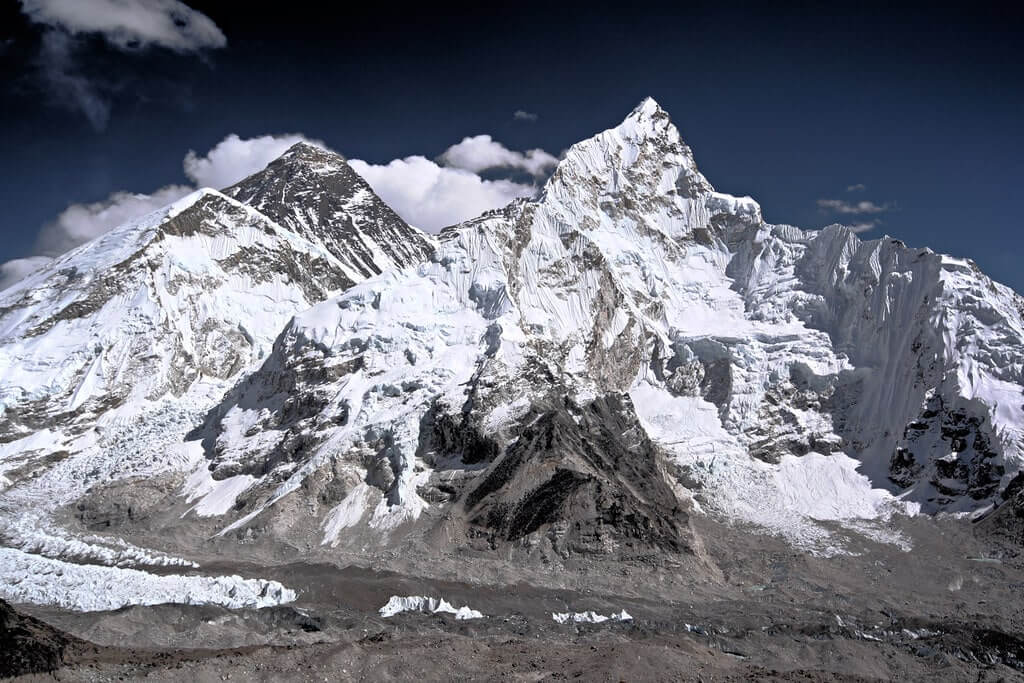 Mount Everest means “Goddess” in Tibetan: the mountain is located in the South of Tangri district in southern Tibet, on the border of the Central Himalayas between China and Nepal. Its snowy peak radiates a silver glow year after year, and the” waist ” of the mountain is hidden in clouds.

The best time to visit is from April to June, the Golden period for mountaineers. Every year, a large number of brave and strong mountaineers come from all over the world to climb the mountain, fulfill a lifelong dream, and look down from the highest peak on Earth. 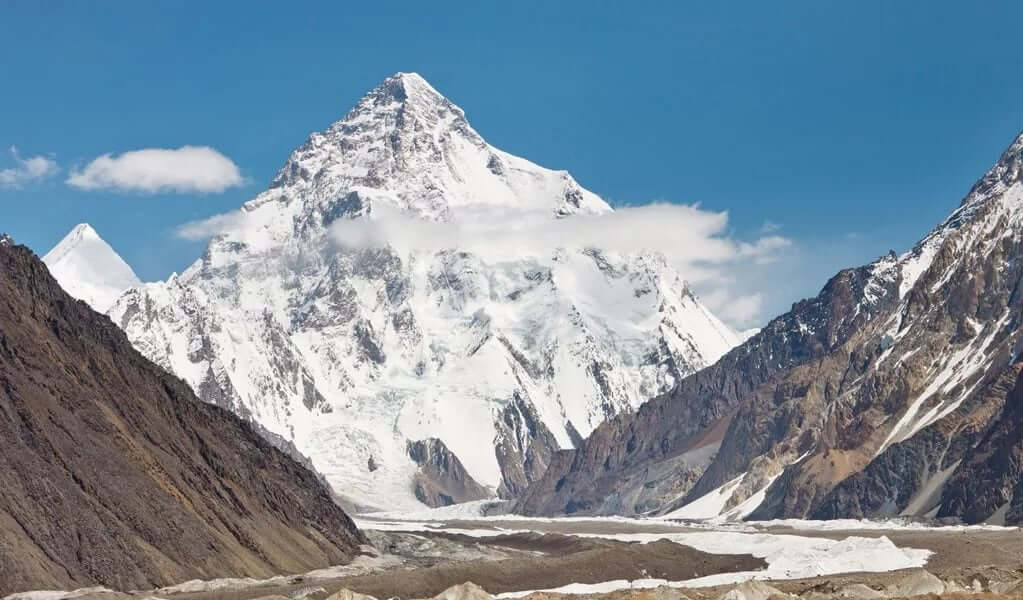 Chogori in Tajik means “high and majestic peaks”, which accurately describes the mountain. It is located on the border between China and Pakistan and in other countries is also called K2 peak. This is one of the most difficult peaks to climb, recognized by the international mountaineering community.

Chogori is the second peak in the world, but the death rate among climbers is higher than that of Mount Everest. These are very scary numbers, so the mountain was nicknamed “wild peak”. So far, no woman has been able to reach the top. 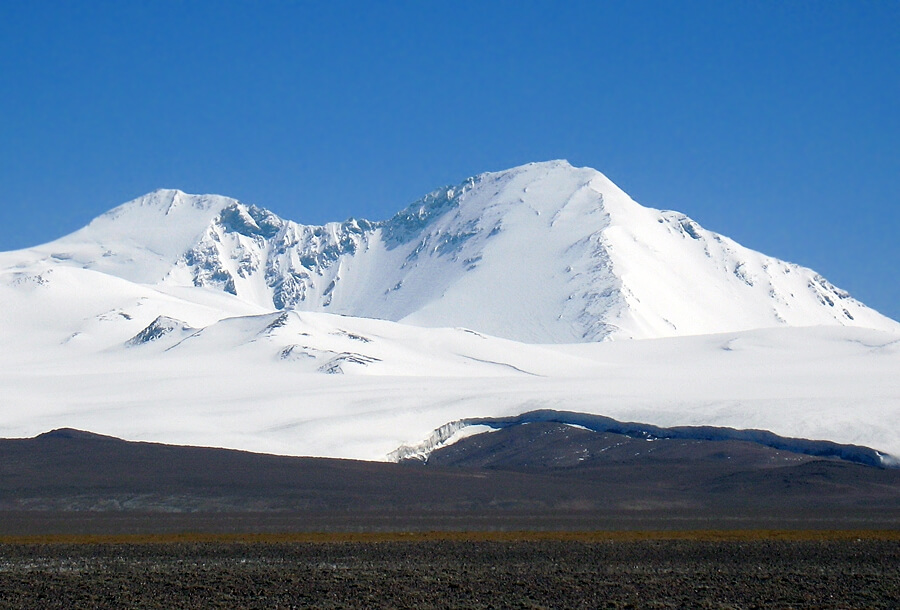 The mountain is located in an extremely desolate place, and many call it the most difficult summit on earth to climb. Ulugh Muztagh is part of the central Kunlunyi ridge and is located on the highest plateau on the border of Xizang (Tibet) and Xinjiang provinces.

On the south side, the descent is only about 1,500 m to the immense flat surface of Chang Tan, but on the northern ridges and subpeaks an intricate terrain with rugged topography forms. In the west and east, the main Kunlun ridge continues with small peaks for almost a thousand kilometers in each direction. 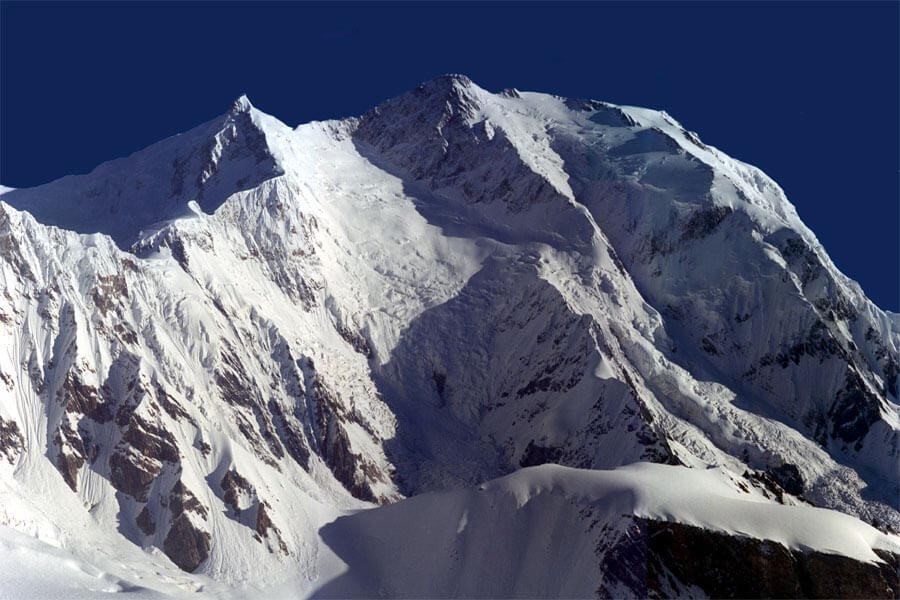 Kongur is the highest peak of the Pamirs, which is located on the Kongur-Tag ridge. The ridge stretches southward from the Gezgari gorge. The Karakorum highway from Pakistan to China (Kashgar-Islamabad) runs along its bottom and in this way, the nearest village to the top is Gez, located 18 kilometers from the foot of the top. Due to its location, thousands of tourists and climbers visit it every year. 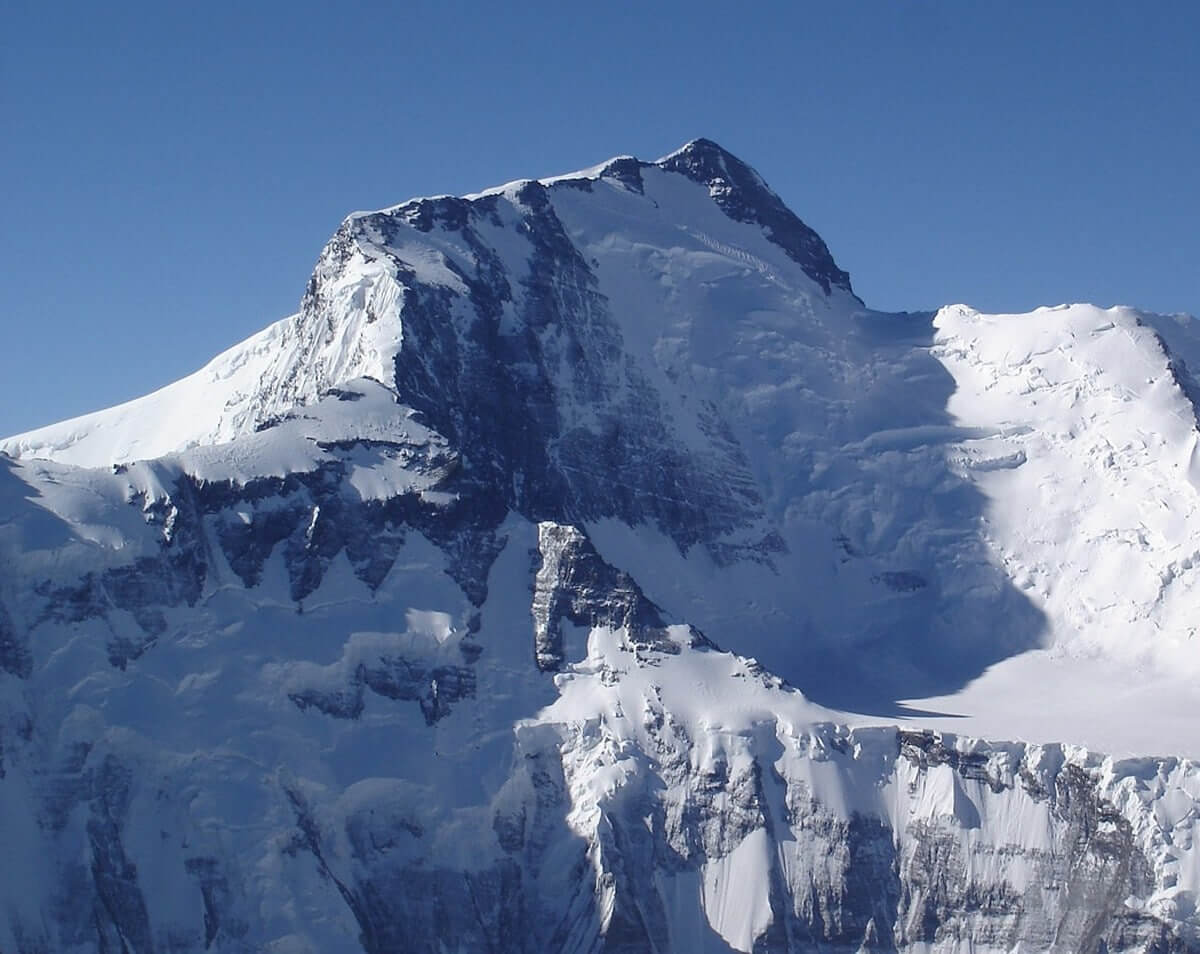 The current official name is Ismail Somoni Peak, but the name did not stick, and there is an assumption that this will never happen. The mountain was called Garmo until 1933, then – Stalin’s peak. Nikita Khrushchev decided to change the name to Communism Peak in 1962. In 1998, the leadership of Tajikistan decided to baptize the peak in honor of the founder of the original Tajik state – Ismail Somoni.

It is a huge peak, and although it is surrounded by other high mountains, it does dominate the area. It is located in the part of the Pamirs called the Academy of Sciences. The first ascent was made along the eastern ridge on September 3, 1933. 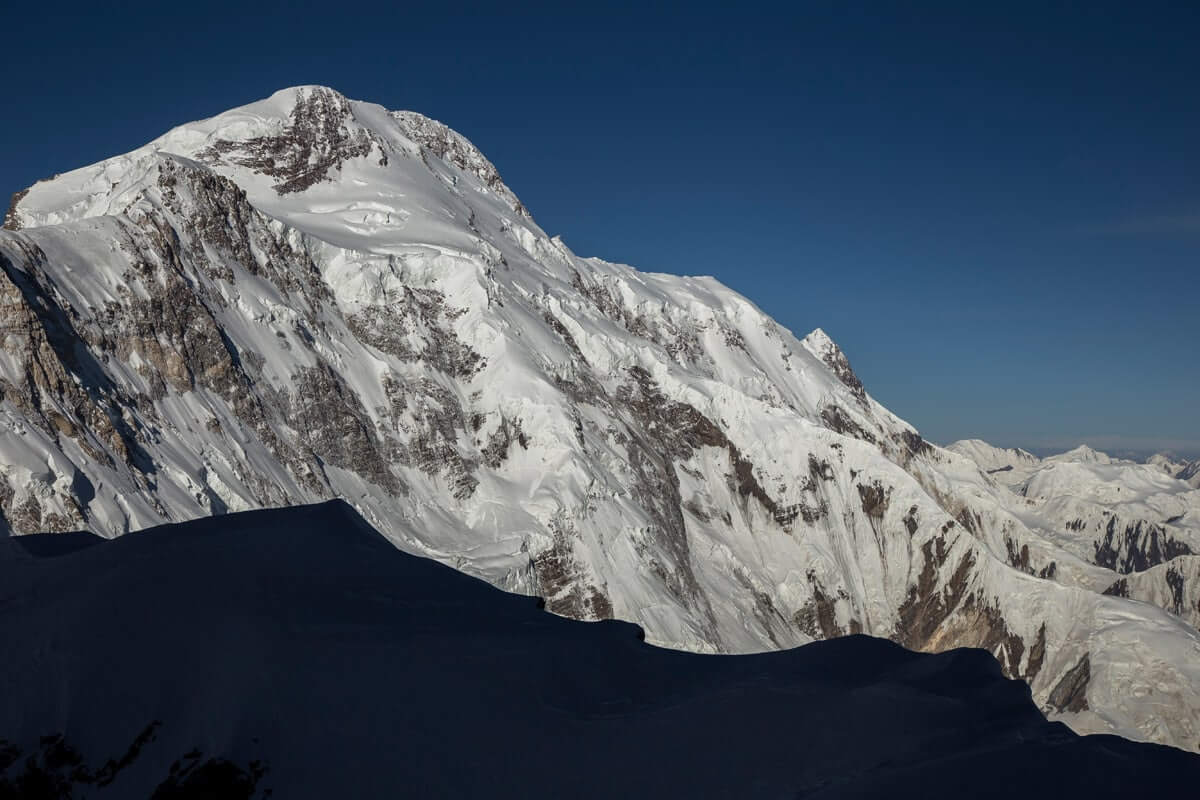 Pobeda Peak is one of three 7,000-plus meter giants in Kyrgyzstan. With a height of 7439 meters, it is the highest mountain in the Tien Shan range, which covers Kyrgyzstan, Kazakhstan, and Northwest China.

The mountain lies in the Kokshaal Tau region on the border with China. The southeastern slopes of the mountain are actually in China, and the border itself runs through the summit and along ridges stretching to the east and west.

Sixteen kilometers to the north-east, separated from it by the South Inylchek glacier, is Mount Khan Tengri (7010 meters). Over the years, these two giants were often confused with each other. This is understandable given the remoteness and difficulties in reaching the mountain – and the fact that although Khan Tengri is often clearly visible, Victory is most often obscured by clouds.

In addition, Khan Tengri looks more impressive in its pyramidal shape, and Pobeda, although called the “Peak”, has the shape of an “array” with several peaks along its ridge (only one of which actually reaches over 7000 meters). Another reason could be that Pobeda Peak is farther from the valleys that provide the main access routes to the region, and therefore appeared smaller. 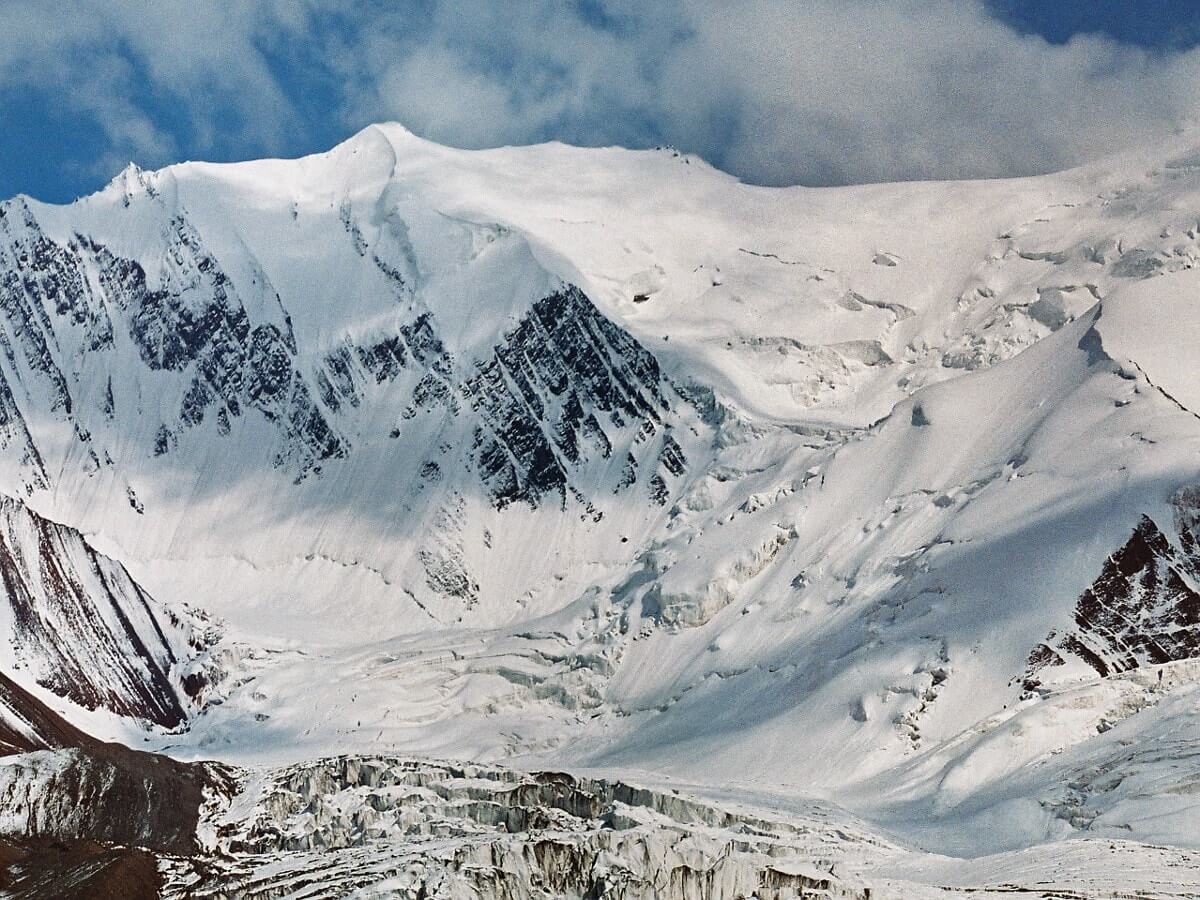 This is Lenin Peak, renamed in July 2006 as Ibn Sina Peak or Avicenna Peak. It rises in Gorno Badakhshan on the border of Tajikistan and Kyrgyzstan and is the second-highest point in both countries.

It is believed to be one of the lightest 7,000-meter peaks in the world to climb, and has the most ascents of any 7,000-meter or more on Earth, with hundreds of climbers making their way to the summit every year.

The peak was discovered in 1871 and was originally named Mount Kaufman in honor of Konstantin Kaufman, the first governor-general of Turkestan. In 1928, the mountain was renamed Lenin Peak in honor of the Russian revolutionary and the first leader of the Soviet Union, Vladimir Lenin.

In Tajikistan, the peak was renamed again in July 2006, and today it is officially called the Tajik peak Kullay Abuali ibni Sino or Ibn Sina, although in Kyrgyzstan it is still officially called Lenin Chokusu (Lenin Peak). 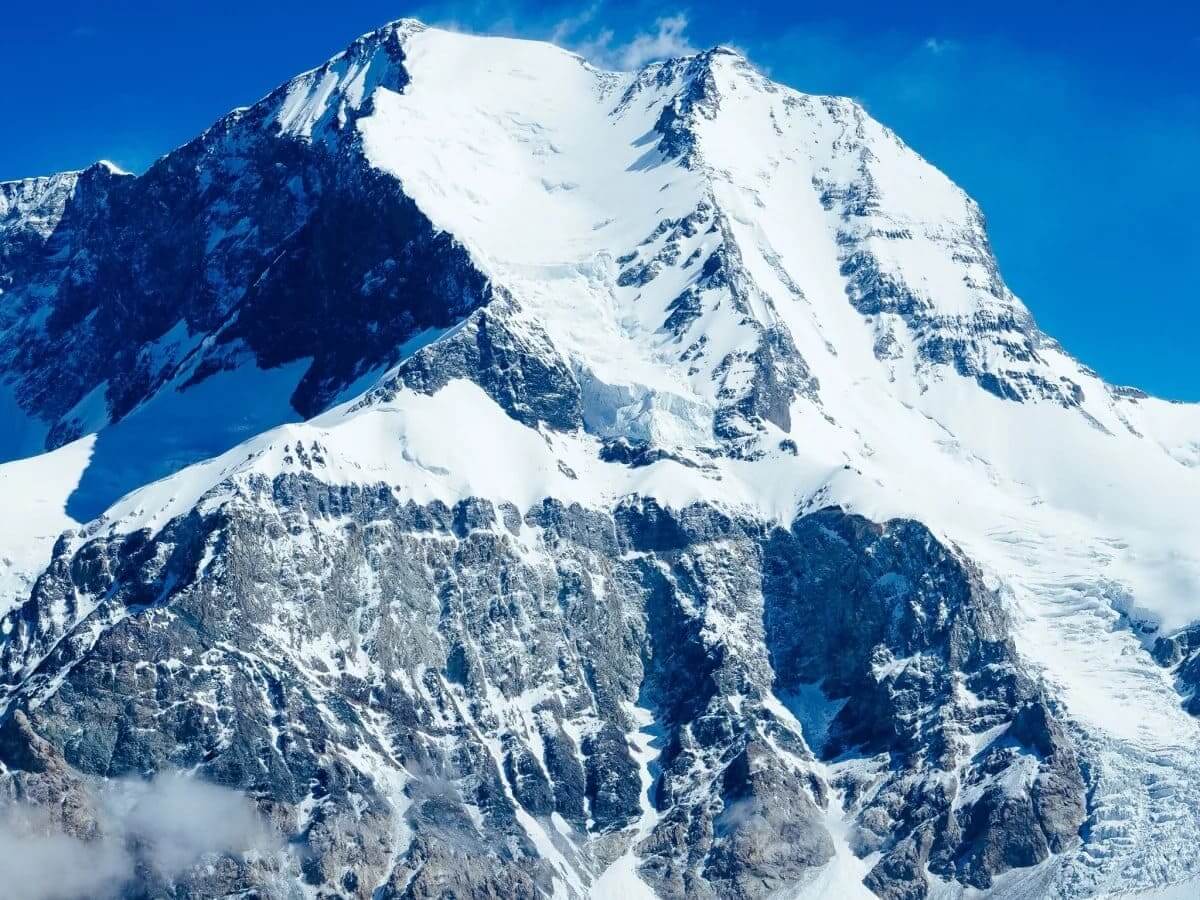 Korzhenevskaya Peak is the third largest peak in the Pamirs and the fourth largest in the former Soviet Union. It is located south of the Tajik-Kyrgyz border in the Peter the First massif. It rises on the southern bank of the Muksu River, and to the west of the summit, there is the Fortambek glacier. Korzhenevskaya Peak is located just a few kilometers north of Somoni Peak.

It was first discovered in 1905 by Professor of Geography Korzhenevsky, who followed the Muksu River to the southern side of the peak. He named it after his wife Evgenia Korzhenevskaya.

The first ascent was made in 1953: then a Leningrad team of eight under the leadership of A. Ugarov approached the summit from the northwest through the Muksu valley, ascended the lower Fortambek glacier, and climbed to the summit from the western side.

In 1972, the first ascent was made by an exclusively female team, and in 1986 the first winter ascent took place. 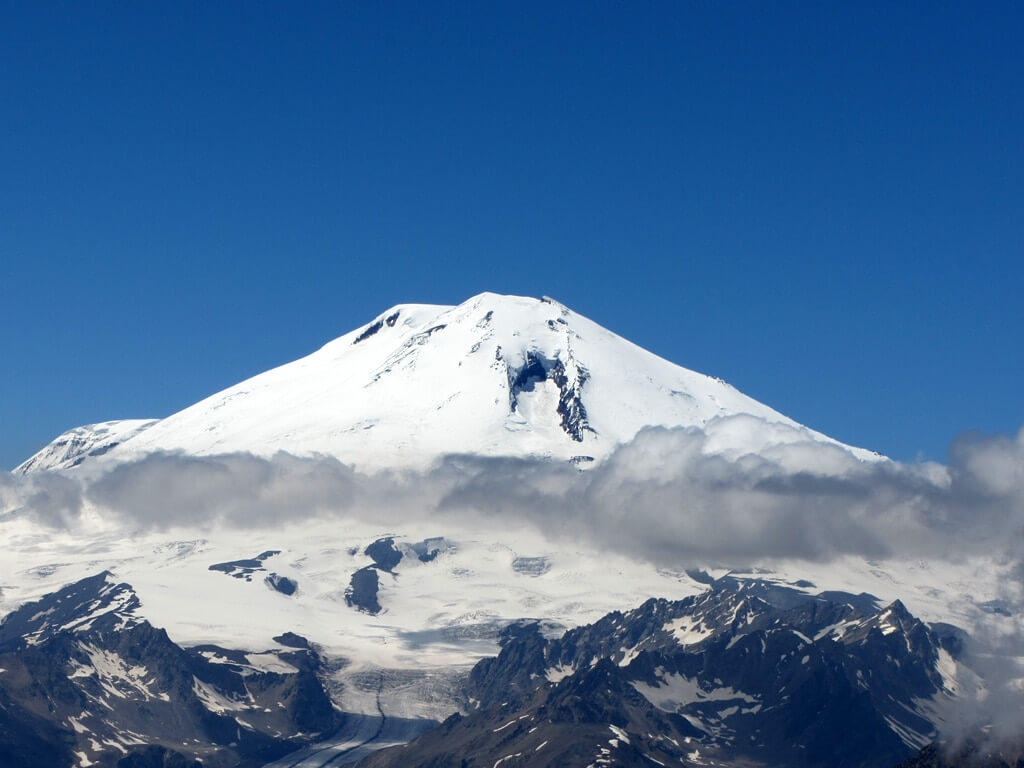 The highest mountain in Europe is a dormant volcano and one of the seven peaks in the world. It is part of the Caucasus Mountains, which stretch for 880 km from the Black Sea to the Caspian Sea. This forms a physical barrier separating Europe and Asia.

Elbrus with double peaks dominates the Central Caucasus. The western peak is the highest of the two – 5642 meters, and the height of the eastern peak is 5621 meters. 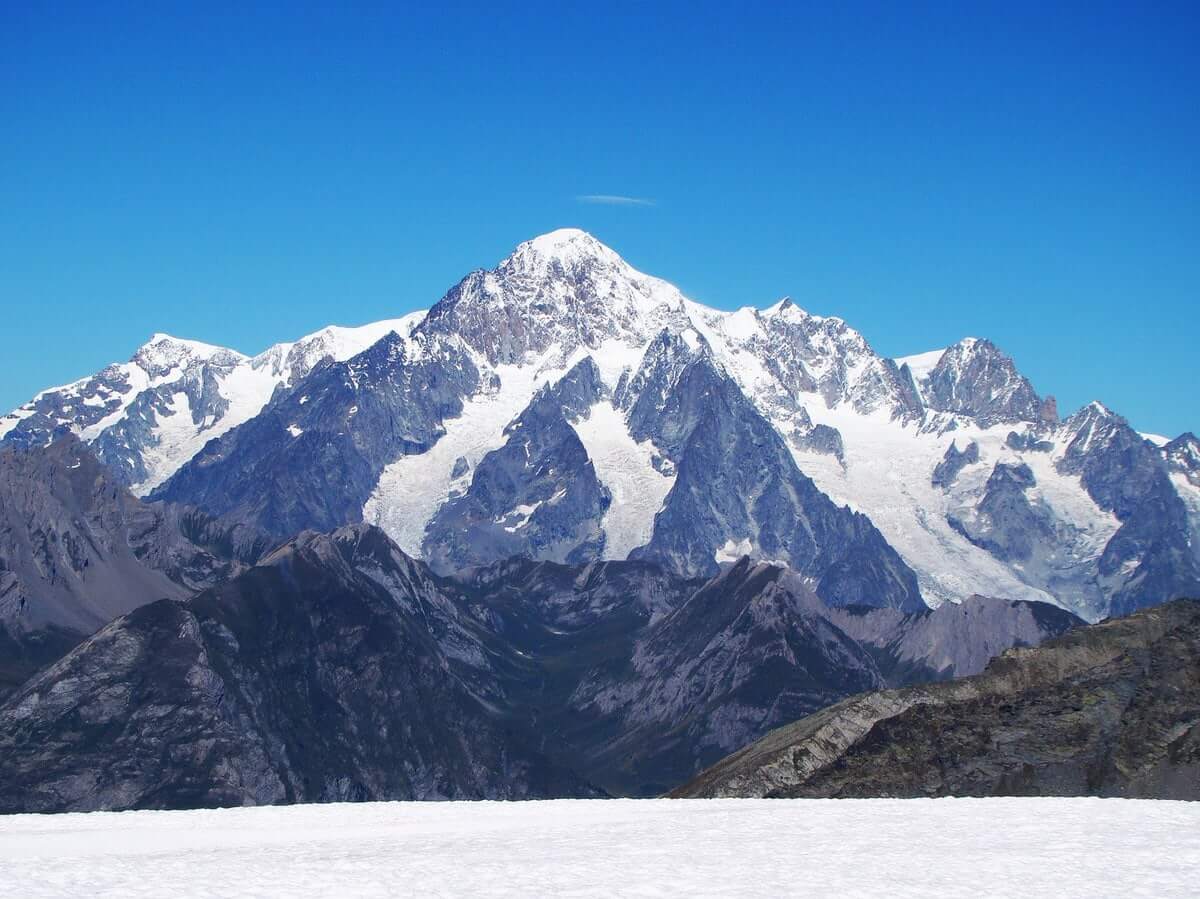 The mountain range, reaching an altitude of 4,810 meters, is the perfect place to admire the fantastic alpine landscapes with glaciers, peaks, and snowy peaks.

In August 1786, guide Jacques Balmat and Dr. Michel Gabriel Pakkar reached the summit of Mont Blanc for the first time. The mountain range is very popular with skiers and mountaineers, but also suitable for less sporty holidays.

Many of the famous sites are accessible by train or cable car. The cable car from Chamonix will take you to Aiguille du Midi at an altitude of 3842 m in just 20 minutes. This place offers a panoramic view of Mont Blanc and its massif.