10 cutest animals that can kill you

The average people know very little about the animal world. They do not know in what conditions many animals live, what they eat, what way of life they lead. But perhaps the most important thing to know is whether they are safe for humans.

Contents of the Article show
Below is a list of the 10 cutest animals that can kill you
1. Dolphin
2. Fugu
3. Poison dart frog
4. Giant panda
5. Swan
6. Anteater
7. Slow loris
8. Leopard seal
9. Tasmanian devil
10. Elephant

After all, not always a nice appearance guarantees that the animal will behave benevolently. Of course, if you live in a city apartment, and the only animal that meets you on the way is the neighbor’s Chihuahua, you can consider this knowledge useless.

Don’t be so categorical. It is not known what will happen in the future. Maybe you will leave for permanent residence in another city or country, go on a trip. When you meet these animals, just be careful. 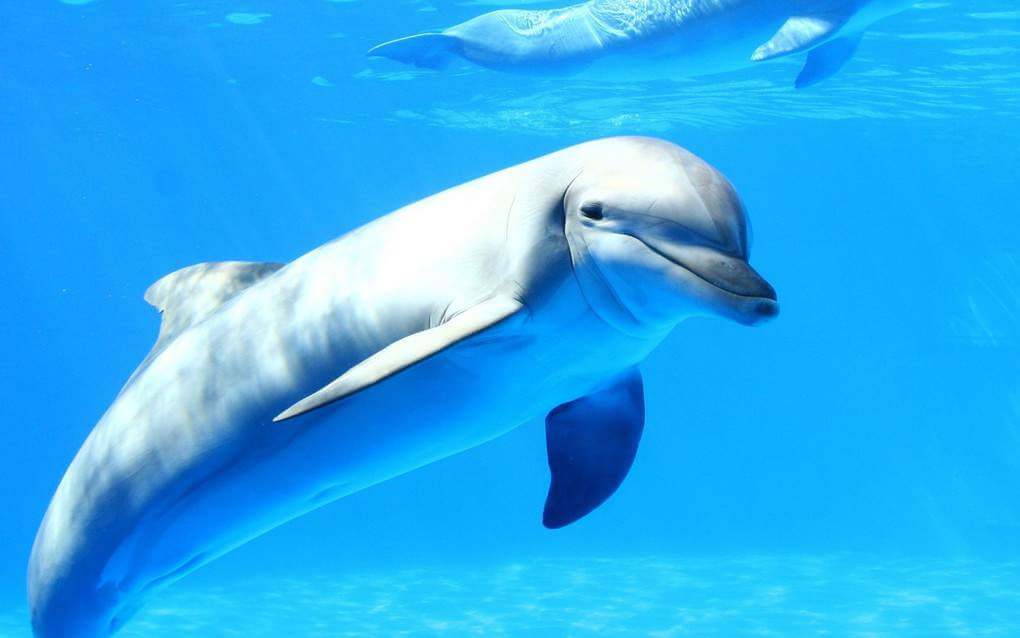 There are many varieties of dolphins, but the most popular are bottlenose dolphins. They are very large, reaching a length of 4.5 meters. Its habitat consists of warm and temperate waters of the World Ocean. People perceive them as friendly animals. This stereotype is formed thanks to television. Often dolphins become the heroes of films, where they are good-natured and cute. They are completely different. They can save a drowning person, but they can also drown them.

A lone fisherman can become a victim of a flock of dolphins, they will “play” fisherman to death. Meeting dolphins in the open sea is unlikely to end well for you. To save your life, be careful not only with dolphins but also with other animals. Even a domestic cat can cause serious harm to health, leave wild animals alone. 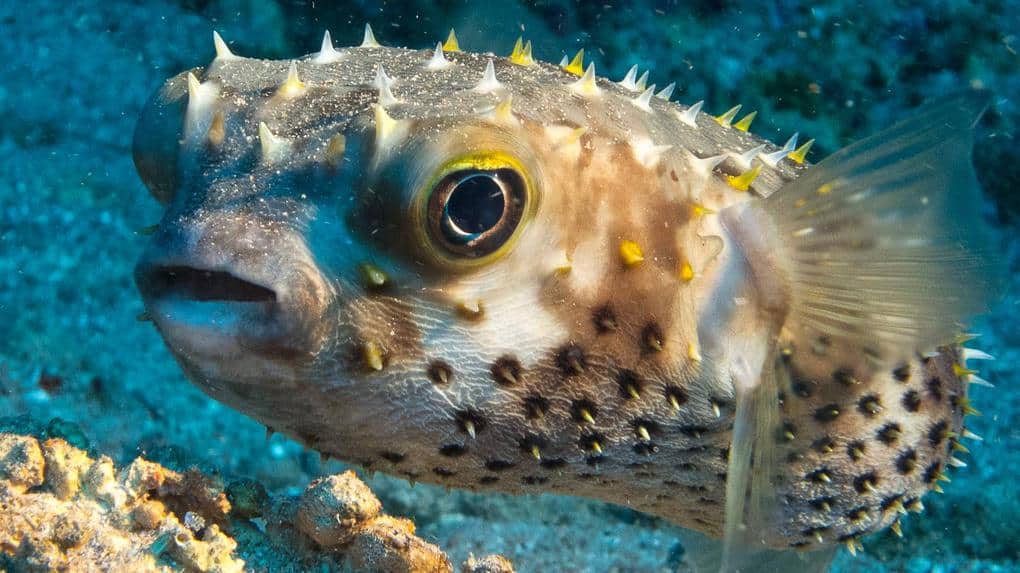 The famous fugu won’t harm you if you don’t try to eat it. It lives in the warm waters of the Indian and Pacific Oceans. It is not very large, usually reaching 40 centimeters in length. In Japan, fugu is a traditional dish, it is used to tickle your nerves.

Fish contains a substance called tetrodotoxin. Most of it is found in the liver, gall bladder, and skin. You need to prepare it specially, only then it will not harm your health. There is no antidote, but there are no fewer brave souls who are ready to taste it. Most likely, the fugu looks quite appetizing on the plate. 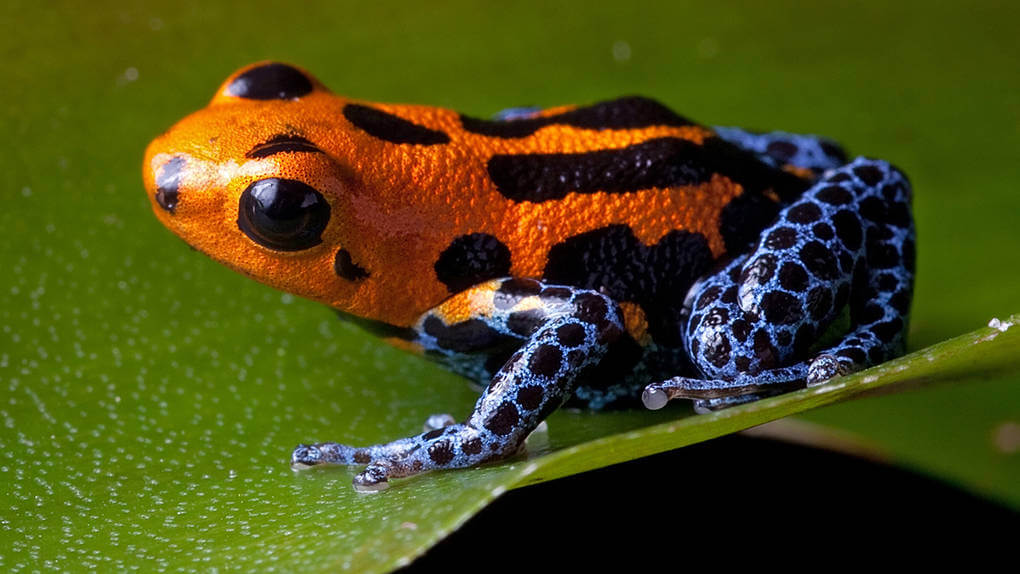 Small frogs that do not exceed 2.5 centimeters in length. Bright color, pleasant voice. How can a person think that this small exotic animal is life-threatening? Its habitat is Central and South America. The skin of tree climbers secretes venom.

They are the most toxic animals on earth. The venom of one dart frog is enough to kill 20 people. It is enough to take a tree climber in your hands, as the poison will begin to penetrate the human body through wounds, small scratches, and mucous membranes. The worst part is that there is no antidote for it. Death can occur within 20 minutes. 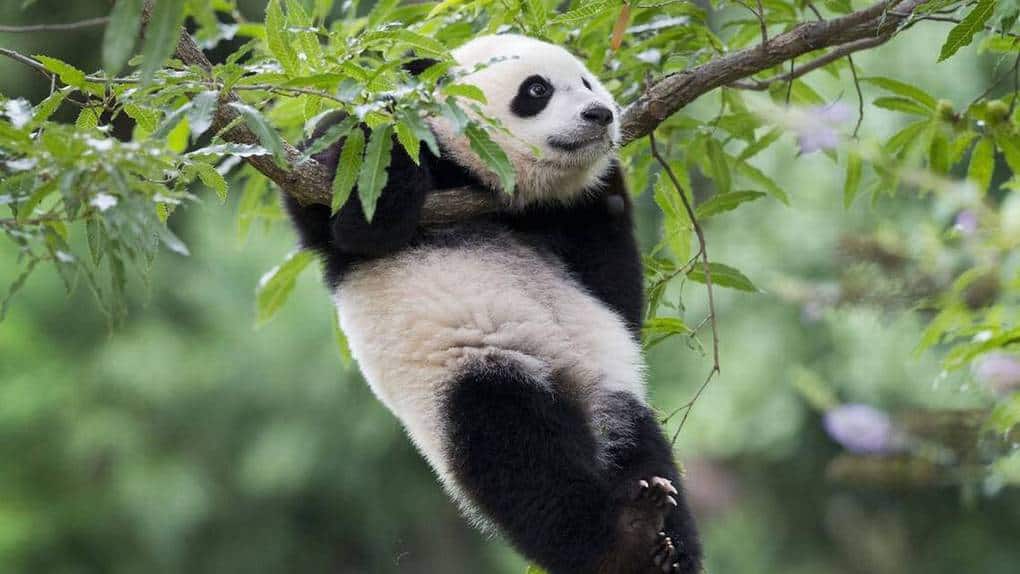 These cuties will not leave anyone indifferent, but do not forget that they belong to the bear family. They are very large. The maximum height is 1.8 meters. The maximum weight is 160 kilograms. The habitat area is Central China. Their unusual color attracts people’s attention. Often, people themselves provoke the attack of pandas.

In addition, this animal is rarely found in nature. Usually, all accidents happen in zoos or nature reserves, when people try to touch or photograph an animal. They have strong teeth and are physically well developed. A human can’t handle a panda. Don’t forget that this cute animal is a bear. 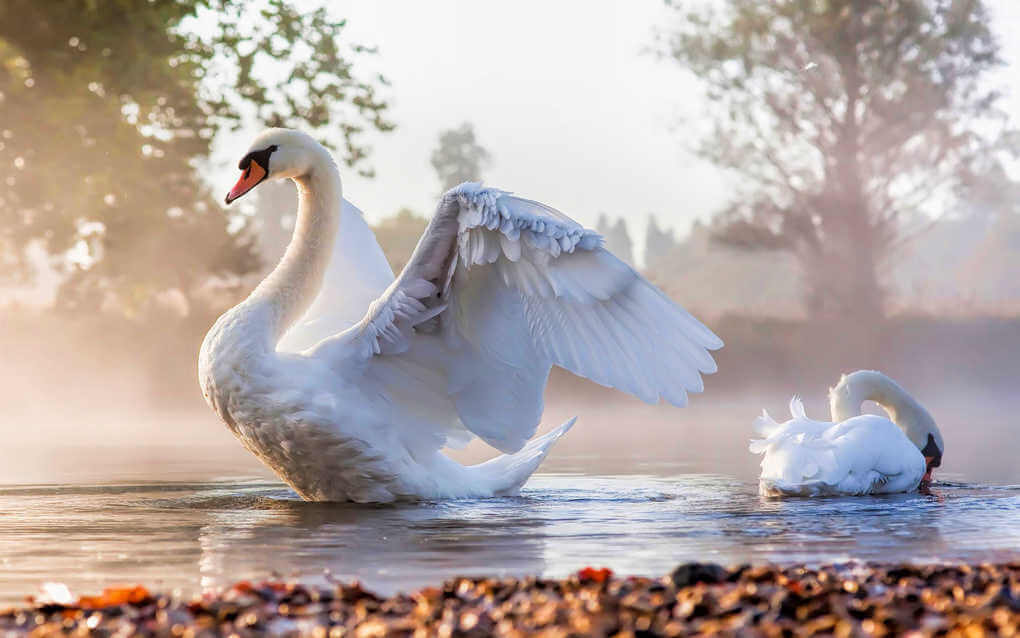 If exotic animals are still worth fearing, then no one will be afraid of swans for sure. In addition, there are many beautiful legends about these birds. Swans are a symbol of love. Its habitat consists of Eurasia, Australia, and South Africa. They weigh up to 15 kilograms and have a wingspan of 2 meters.

Swans attack people for a reason, in most cases, their nest is located nearby. They are fiercely protective of their children. Therefore, after a meeting with an angry bird, few people manage to survive. It flaps its wings, beats its beak. But they usually warn you of an attack. So if you have a chance to save yourself, use it. 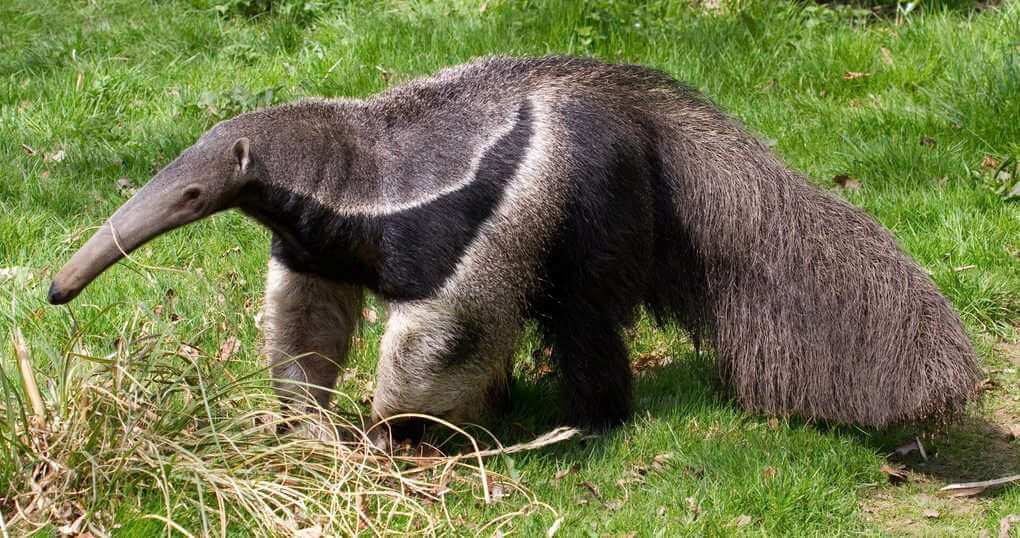 Anteaters are mammals, their size depends on the species. They live in South and Central America. Their weight ranges from 400 grams to 30 kilograms, height from 15 centimeters to 1.8 meters. The elongated muzzle looks very touching, the animal gives the impression of being harmless.

The animal feeds on ants and termites. It doesn’t seem to pose any danger to humans. But the anteater has big, sharp claws. If they sense danger, they will defend themselves. Many people fell victim to the sharp claws of the anteater, and some died. In one nature reserve where anteaters lived, an accident occurred. They attacked an employee of the reserve, and the man died from his injuries. 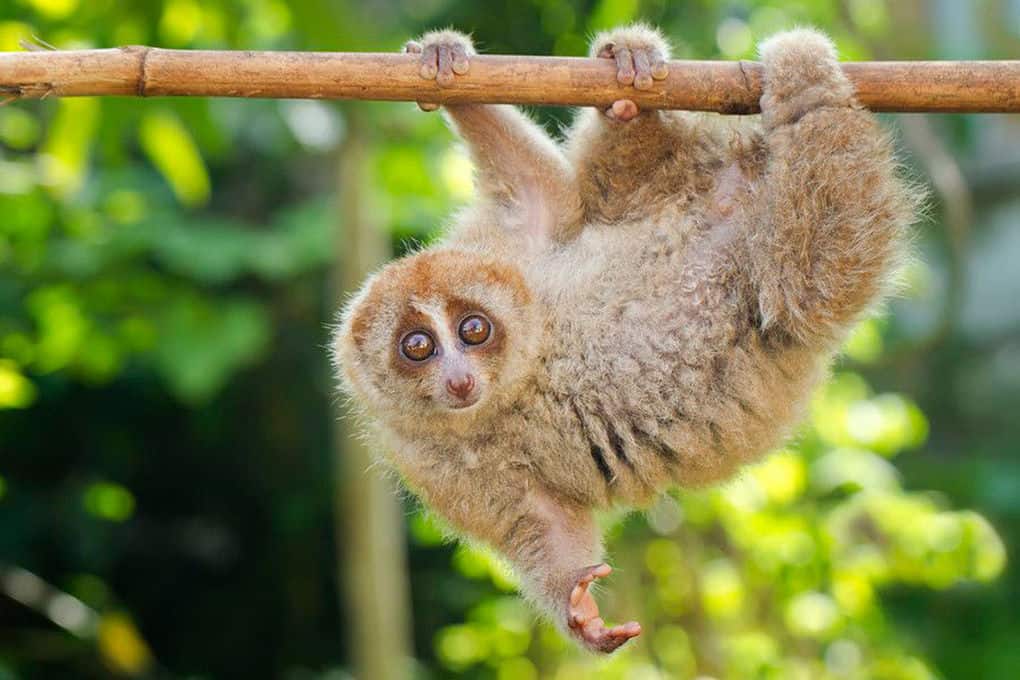 These animals live in tropical forests. This small animal reaches a height of 38 centimeters, and its weight is 1.5 kilograms. Slow loris has huge eyes and looks like a stuffed animal. The appearance is deceptive, it is the most venomous mammal in the world. A single bite can cause anaphylactic shock and even death.

Their teeth are very sharp. But most accidents with Lori are caused by people themselves. Animals are captured, used for religious rites, for the manufacture of medicines. They are often taken as pets. The animals defend themselves as best they can. By the way, this animal species is recognized as endangered. 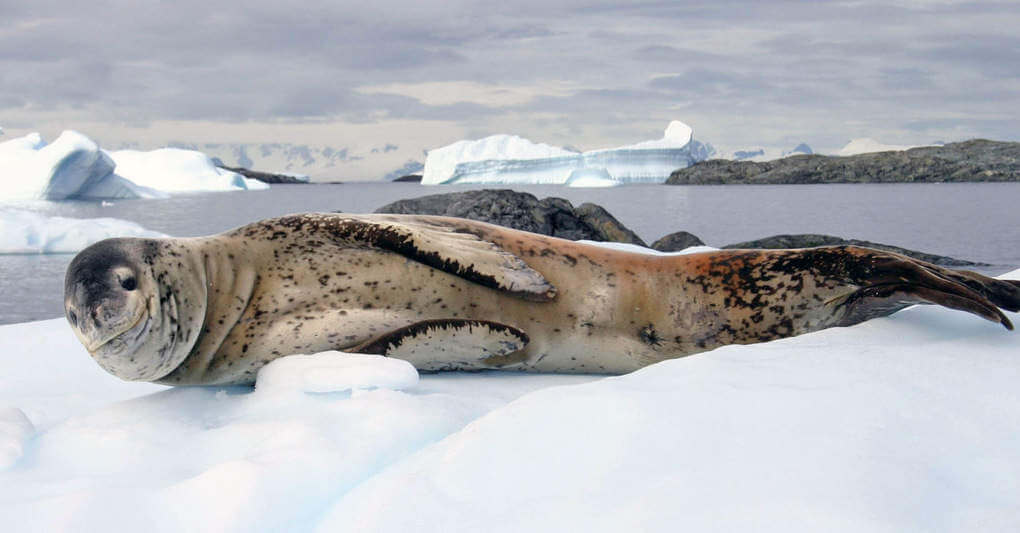 This is a species of seal, which received this name, due to its exotic color and ferocious disposition. The length of the body usually does not exceed 4 meters, and the weight is 400 kilograms. Its distribution area is the Antarctic seas. It feeds on warm-blooded animals, easily defeats a penguin, and does not disdain even its fellow seals.

There are many known cases of sea leopards attacking people, usually working at research stations or fishermen. They attack people during underwater expeditions, turn over boats. It is not known how sea leopards perceive people as food or as an unusual object of hunting. One thing is known: behind a cute and harmless appearance, a cold-blooded killer is hiding. 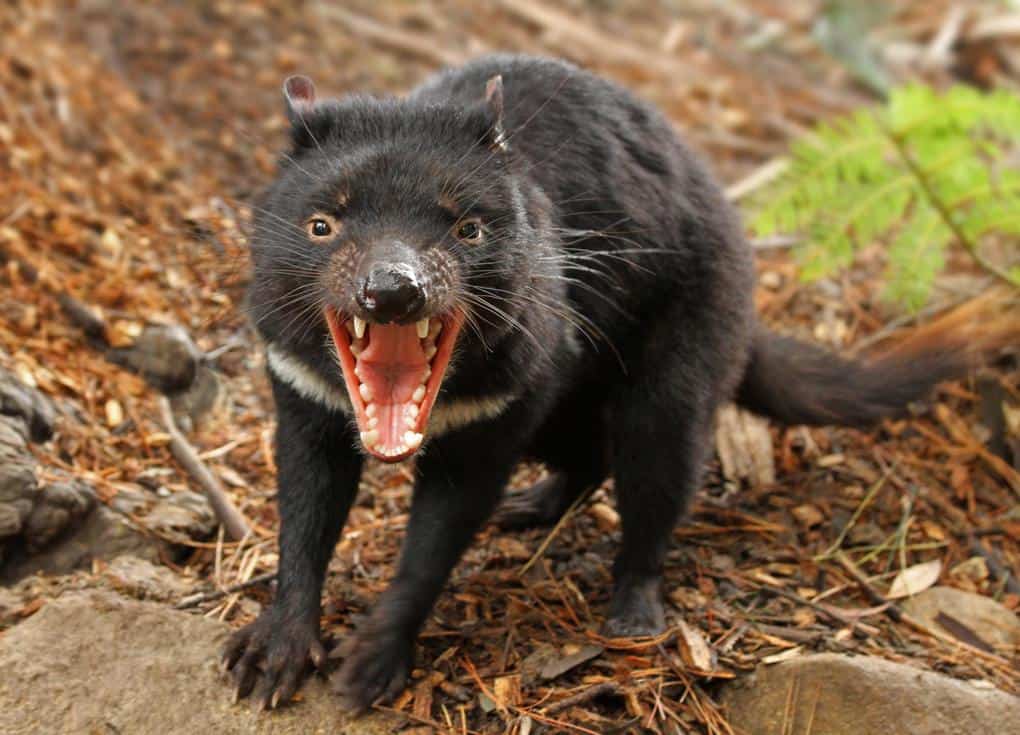 This animal can only be found on the island of Tasmania. Its maximum height is 80 centimeters, its maximum weight is 12 kilograms. Its appearance is deceptive, quite a funny animal, but its fangs are impressive. They have a grumpy and ferocious character, and at the slightest threat from the side, they fly into a rage.

Their bites are very strong, the Tasmanian devil can bite through metal traps. They are cruel animals. However, recently Tasmanian devils have been introduced as pets. But it’s not as safe as it sounds. 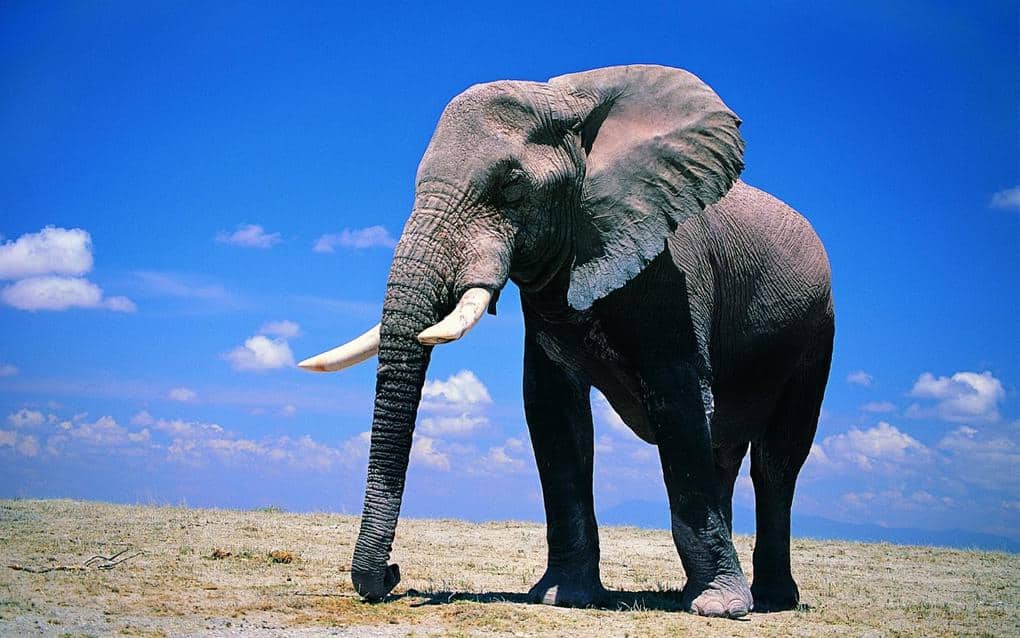 Despite their impressive size, elephants are considered by most people to be kind and cute animals. Elephants have a difficult character. They are very smart, have a good memory, easily remember their abusers, and then take revenge on them. Elephants often have outbursts of aggression and rage.

However, usually, the people provoke the attack themselves. Do not approach these animals. In anger, the elephant is very scary. It tramples people, cars, houses, grabs people with its trunk, and hits the ground. They move fast enough, you won’t be able to escape. The weight of elephants varies from 2 to 6 tons, depending on the species. Often there are also larger size elephants.

Many tragic cases are known, many people died when meeting this cute animal. So, at the beginning of the century, the elephant, which was nicknamed Osama Bin Laden, attacked Indian villages, killed people, destroyed houses. This happened for five years until it was killed.