10 facts about Animal Behavior that You won’t find in...

Animal Behavior: It seems that animals “don’t tell us something”. They are leading us by the nose, trying their best to appear wild and primitive. Like: “What about us? We’re nothing. We are not intelligent, we are governed only by our instincts. We don’t have to perform any rational actions. And in general, – we have paws.

Contents of the Article show
Here are 10 facts about animal Behavior
1. They have telepathy
2. They have an uncanny sensitivity
3. They know how to share with those who are less fortunate
4. They can behave just like humans
5. They use devices for getting food
6. They use traps to hunt
7. They invent tactics
8. Unlike us, they have a collective mind
9. Animals do everything only for love
10. Animals can distinguish the voices of even strangers

So leave it alone and study each other better.” But any person who gets a pet (not just a cat or a dog, but even a hamster or a turtle) very soon begins to suspect that his /her animal is not so simple. And it is still unknown who started whom. Yes, and YouTube is full of videos with “talking” dogs; cats, commanding all members of their human “family”; raccoons, who approach the process of food extraction with great imagination, etc.

In recent years, scientists have been discovering such incredible facts about animals that it is only a short time before we begin to understand each other.

Here are 10 facts about animal Behavior 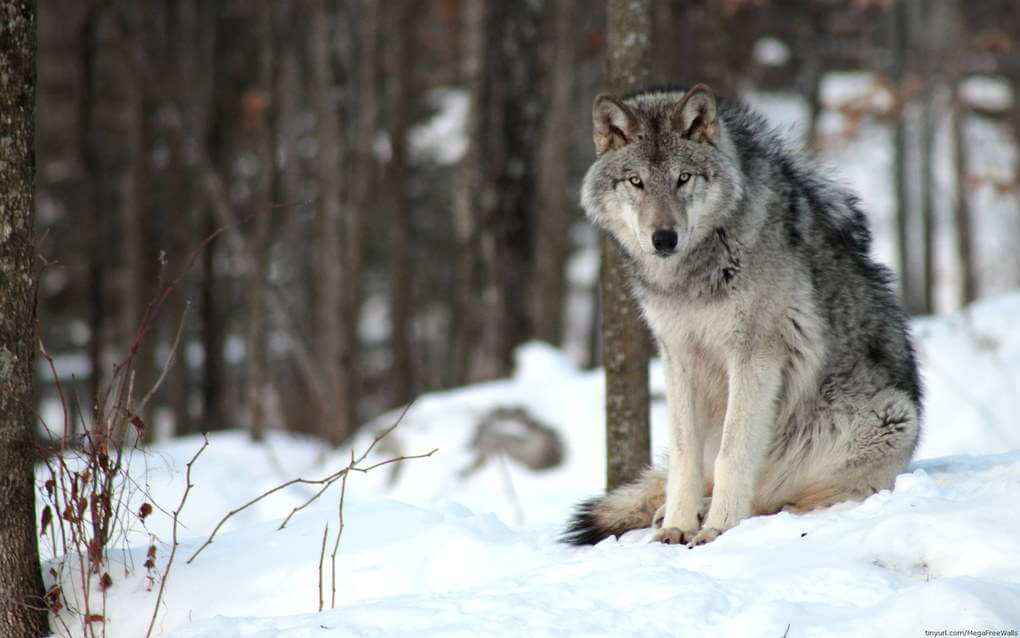 Georgian biologist Jason Badridze, who has studied wolves for several years and has become almost a pack member for them, claims that they can communicate through eye contact alone. Before hunting, wolves first arrange a fun romp with whining and biting, and then “establish communication”, looking intently into each other’s eyes.

After this ritual, each animal is aware of how it needs to act. If this is not telepathy, then what else can you call such an amazing phenomenon? By the way, many other animals also hunt in packs, but completely silently, giving each other nonverbal signals.

2. They have an uncanny sensitivity 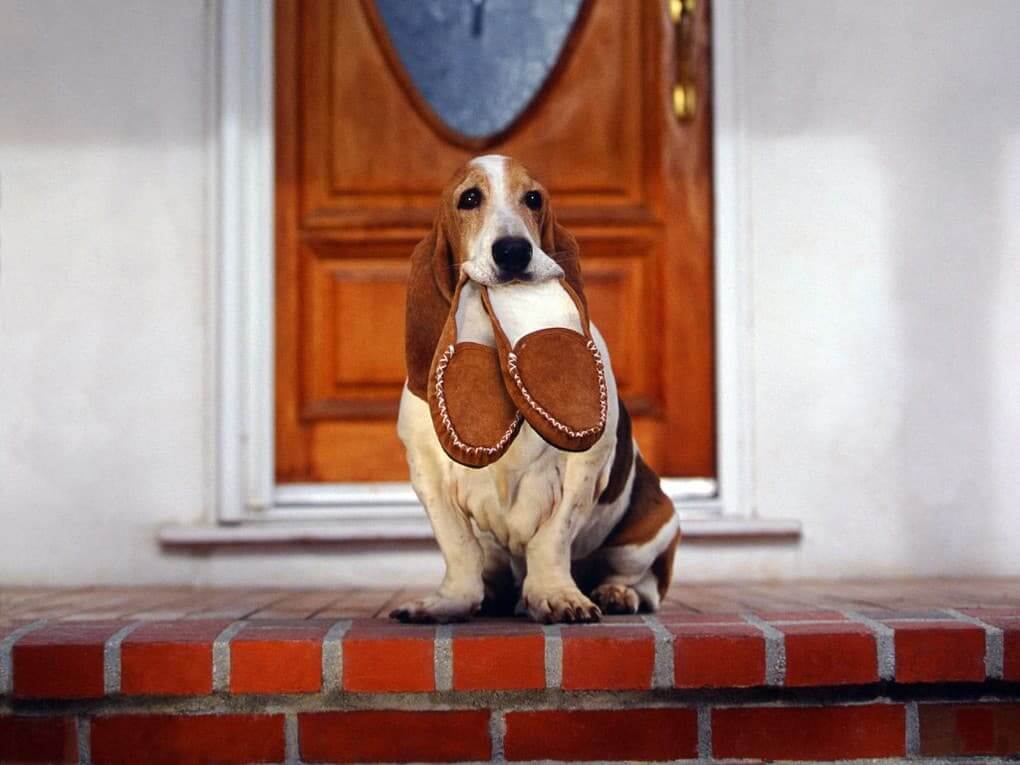 Many people who have dogs know that their pet knows for sure that the owner will soon return home, long before it can see, hear or, even more so, smell it. Several experiments in different countries have confirmed that this canine “knowledge” does not depend on the usual duration of the owner’s absences – it works even when the owner returns at an “unscheduled” time.

And how to explain the return home of cats forgotten by their owners in an unfamiliar area for dozens, or even many hundreds, of kilometers? How do they do this?

3. They know how to share with those who are less fortunate 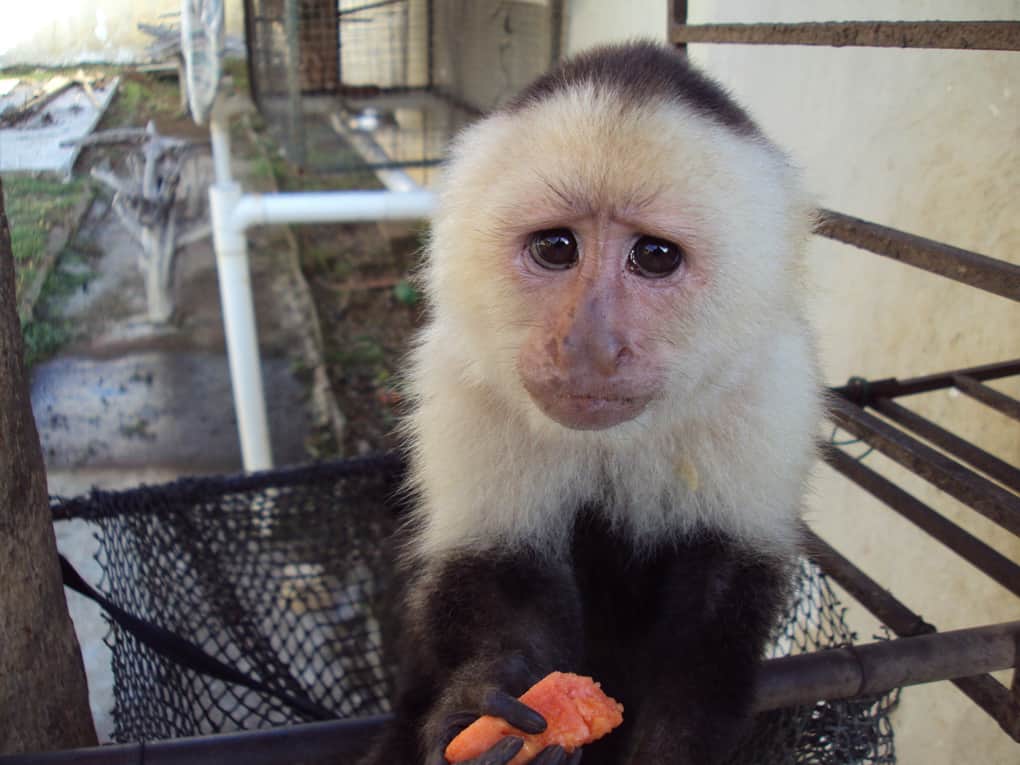 American biologists from Emory University (Atlanta) found that capuchin monkeys are happy to share food. During a special experiment, they were asked to get food only for themselves or for themselves and a neighbor in the enclosure. Most of the monkeys chose the option with a joint meal.

They enjoyed bringing food to their fellow humans. Some birds (such as parrots) can also share. We are not talking about the numerous stories when a dog brings its toy to comfort a crying child, or a cat tries to treat its owners with mice – “shitty hunters” who are not able to catch such a treat on their own.

Well, you don’t even need to prove anything here – just remember that from time to time your cat, or the neighbor’s dog, or the parrot of your beloved aunt is teasing you.

They perfectly understand the intonation of our speech, distinguish not only human faces, but also emotions (and sometimes even try to copy them), sometimes they like to “dress up”, sometimes they try to ” sing-along ” to the owner, give gifts, etc. Scientists say that many higher animals can make independent informed decisions and behave per them.

5. They use devices for getting food 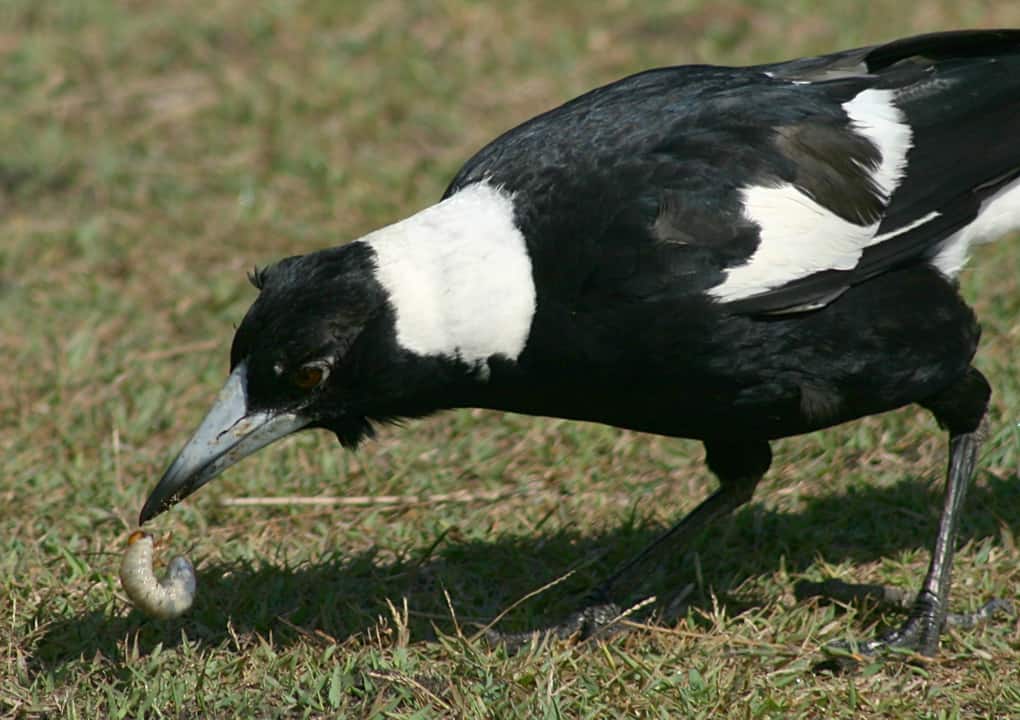 There are a huge number of stories about the intelligence of birds of the Corvidae family (common raven, black and gray crows, magpie, jackdaw, rook, etc.). Scientists confirm that some species of these birds have very developed intelligence. So, for example, they can pick up (or even make from improvised materials) a special hook or sharp stick to using it to get delicious larvae from a narrow gap.

Moreover, after that, the birds sometimes take a useful “tool” with them. Eagles are not too” lagging in development ” from ravens: for example, the bearded lambskin, which lives in Greece and adores the meat of turtles (which, as you know, have strong “armor”), throws them on stones from a height and calmly takes out the “stuffing” from the split shell.

Another example: it would seem that a much more primitive Hawaiian boxer crab impales live anemones on its claws, which “knock out” its prey by stinging it with stinging threads (at the same time protecting the crab from enemies).

6. They use traps to hunt 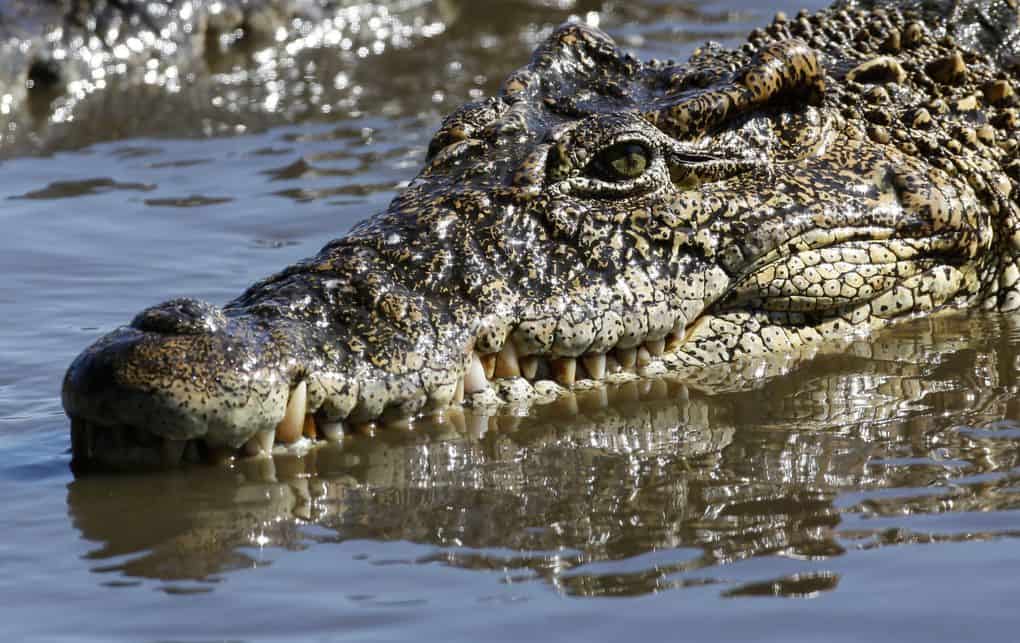 Scientists do not cease to be surprised by other abilities of animals used in hunting. For example, crocodiles and alligators can lie motionless for hours with twigs and sticks on their noses, luring birds who are looking for building materials for nests. The vulture turtle, which lives in lakes and rivers in North America, compensates for its slowness in the following way: it lies motionless in the water with its mouth open.

Potential victims (small fish) take it for a rock, and a small turtle tongue for a worm, and when the fish tries to grab the “worm”, the turtle grabs the fish itself. And the green crocodile as bait throws small objects that look like something edible on the surface of the water. The fish swim up to the “food”, and the crocodile immediately grabs them. 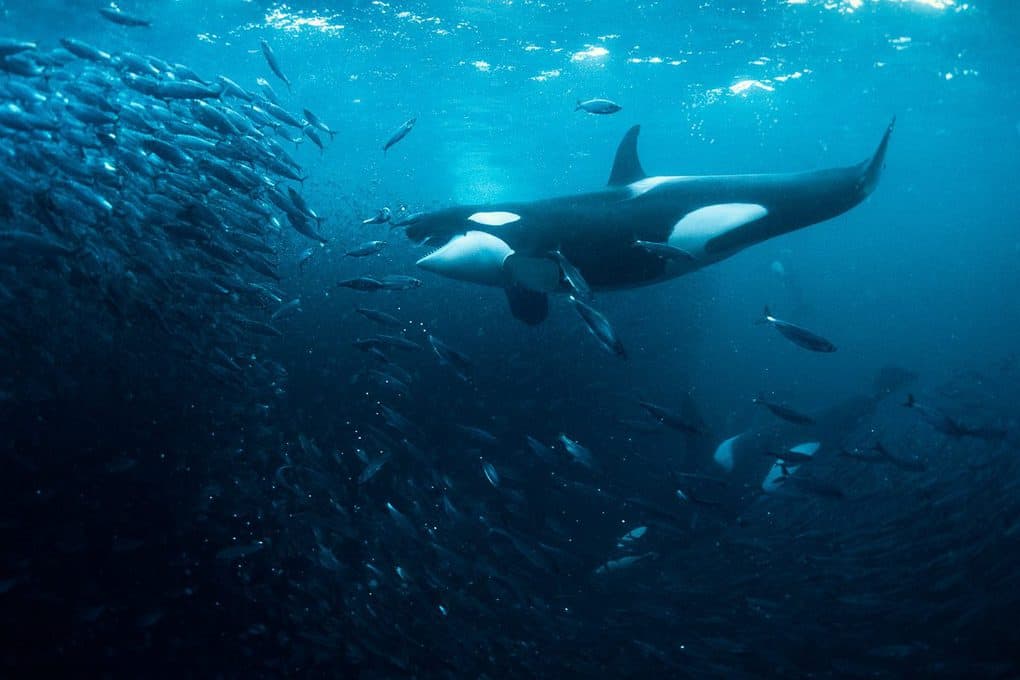 We have long known that many large animals can use a variety of tactics when hunting: collectively drive prey, fight off weak animals from a large herd, etc. But, it turns out, other animals also show remarkable imagination in this matter. So, dolphins use the following technique: one of them swims around a school of fish, while actively lifting sand and silt from the bottom. Fish, trying to get out of the muddy water, begin to jump up, which is what other dolphins use.

Canadian scientists from Vancouver have discovered that hunting tactics also exist in whales: first, they can drive a school of fish to the surface, swimming around it in a spiral from the bottom up (while also directing it with their fins) to swallow it en masse; secondly, whales specifically wait for the fish to be hunted by guillemots and other birds of prey-and then, cautiously approaching the school attacked from above, they open their mouths wide on the surface of the water, thus forming small closed “reservoirs”. Frightened fish rush to these “shelters”, and when there are enough of them, the whales close their mouths and swim away full and satisfied.

8. Unlike us, they have a collective mind 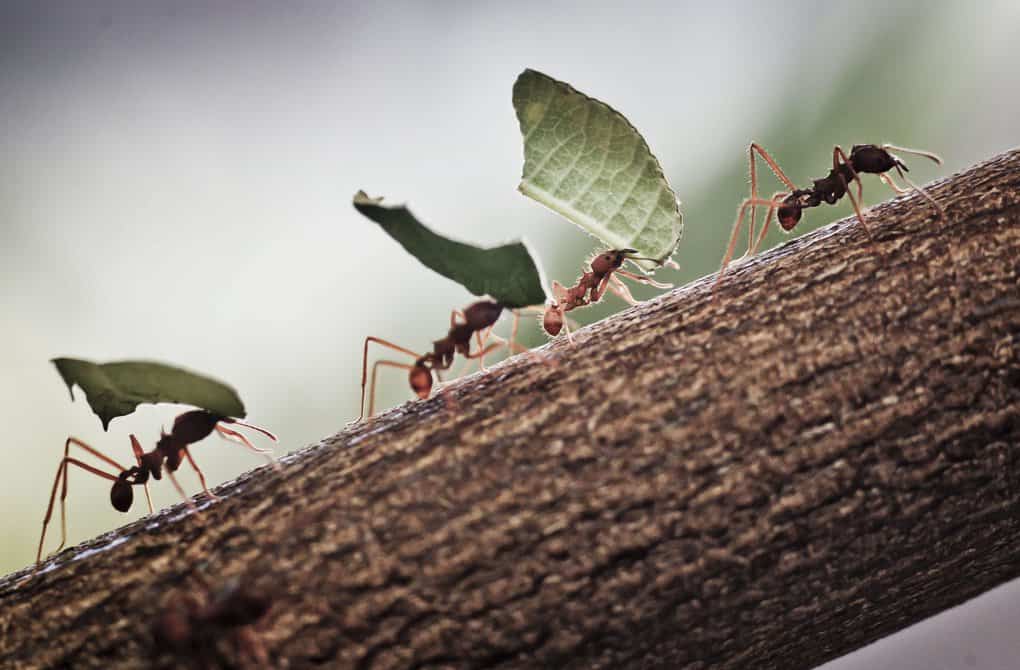 Who among us has not watched the friendly and well-coordinated work of ants in childhood? The ability to act in a synchronized and interdependent manner is demonstrated by ants of almost all species, regardless of the size of their colony or even a separate group.

When ants are faced with any difficult task (build a new anthill, deal with the enemy, carry away a large portion of food, etc.), they immediately join forces and perform the work quickly and efficiently. Many individuals act as one reasonable mass. By the way, a similar phenomenon is observed in many other insects (bees, locusts, etc.), as well as partially in birds, rodents, and fish.

9. Animals do everything only for love 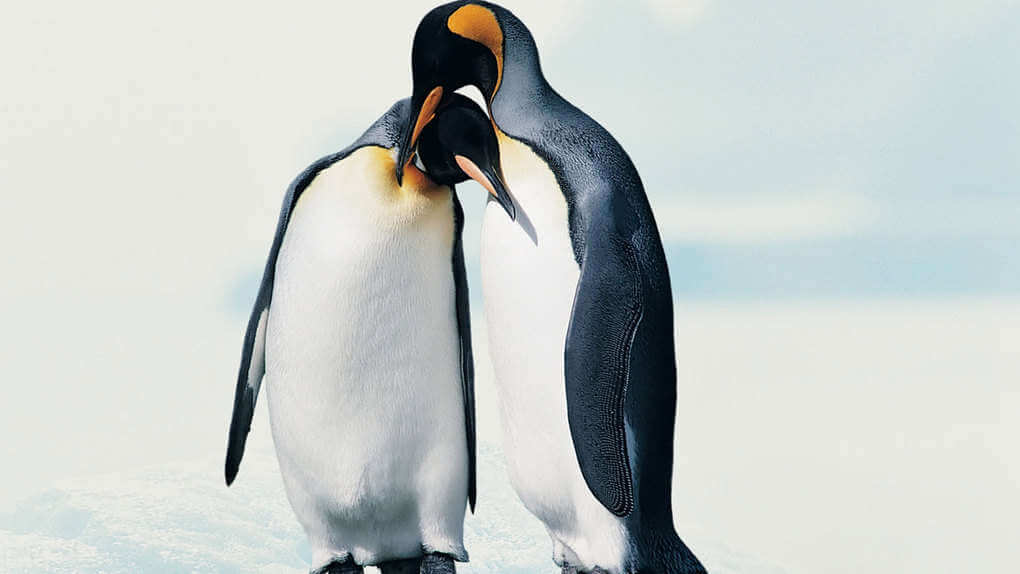 We’ve all heard wonderful stories about true love in the animal kingdom. For example, in the bird kingdom, swans, eagles, crows, turtledoves, and even penguins are “one-time lovers” who create pairs for life.

Moreover, some animals are also negative for the sake of reproduction itself, accepting this process only if there is mutual sympathy. For example, scientists at the Chengdu Panda Conservation Center in China recently placed 40 male and female pandas in neighboring enclosures, where the animals could communicate with each other, but without physical contact.

By observing the pandas for some time, the researchers determined which of them treated each other with sympathy, and which with indifference or even aggression. And when different pairs of pandas were finally in the same enclosure, the offspring brought only those of them who fell in love with each other at a distance. The same couples, where the female and male did not experience any mutual sympathy, categorically refused to reproduce.

10. Animals can distinguish the voices of even strangers 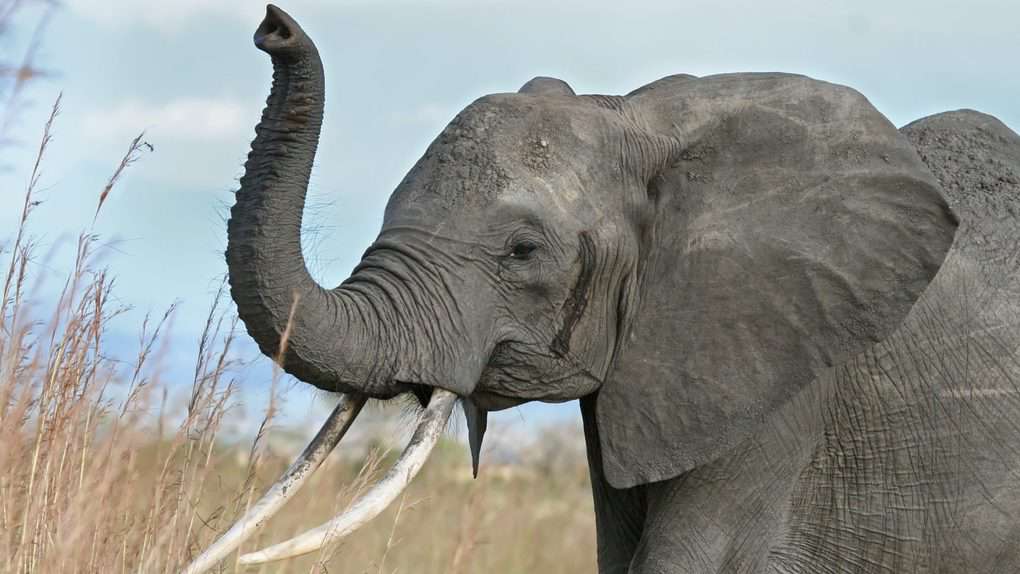 British biologists Karen McComb and Graham Shannon, who studied Kenyan elephants, determined that these huge animals not only listen to human speech but also react very logically to it. Scientists experimented: they recorded the voices of men from two African tribes – the Maasai and Kamba, and then included these recordings for 47 elephants from Amboseli National Park. The results surprised the researchers – at the sound of Maasai voices, the animals began to sniff warily and huddle together (as they always do in case of danger), but the voices of Kamba men almost did not excite them.

The fact is that the Maasai nomads often hunt elephants, and the Kamba (farmers) rarely harm them. What is even more interesting is that the elephants ‘ reaction to the voices of women, and especially Maasai children, was completely calm (after all, women and children do not hunt). The fact that elephants can distinguish people from different tribes by clothing and smell, scientists have long found out. But no one would have thought that they also distinguish between gender, age, and even language!