The mystery of the Kermode ghost bear

Kermode ghost bear: These animals have the most unusual coat color, not only among all the bears but also, perhaps, among all other representatives of the animal world. Among the Kermode bears, there are individuals with the usual black color, as well as very original polar bears. But these are not albinos or polar bear hybrids, they are representatives of the same species, but with a different color option, such as brunettes and blondes among people. 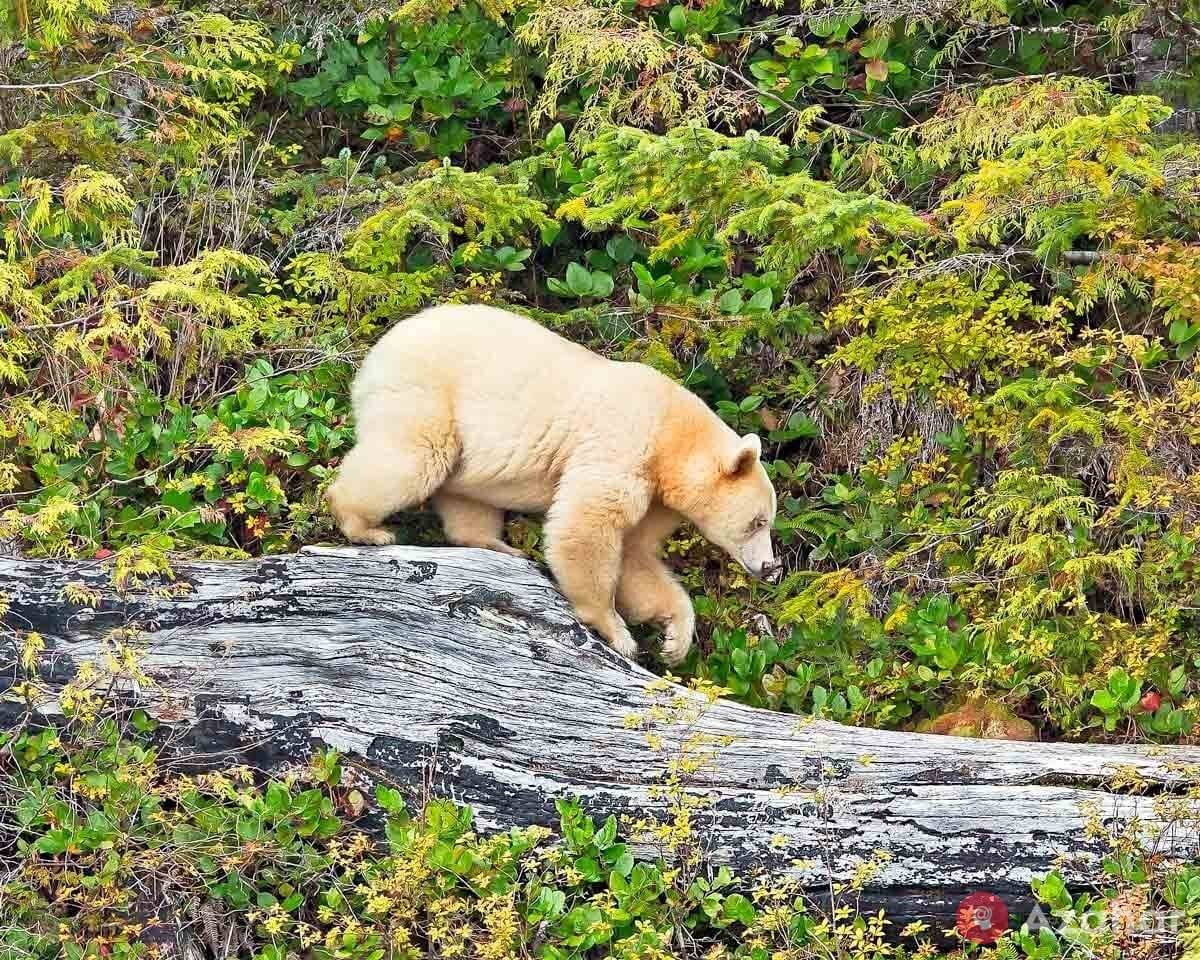 Kermode bear (lat. Ursus americanus kermode) lives in North America and is a subspecies of the black baribal bear. Most of the representatives of these subspecies are concentrated on the islands of British Columbia, Gribbell, and Princess Royal, and for this reason, it is also called the island bear.

But the Indians gave this bear a different name: ghost bear. And all due to the fact that among the Kermode bears quite often there are individuals of white color. According to scientists, about 10% of Kermode bears have white or cream-colored wool. Such individuals are full members of the bear society: they communicate with their dark brethren and form married couples. At the same time in the wild, you can sometimes see a white Kermood female with two cubs completely black. 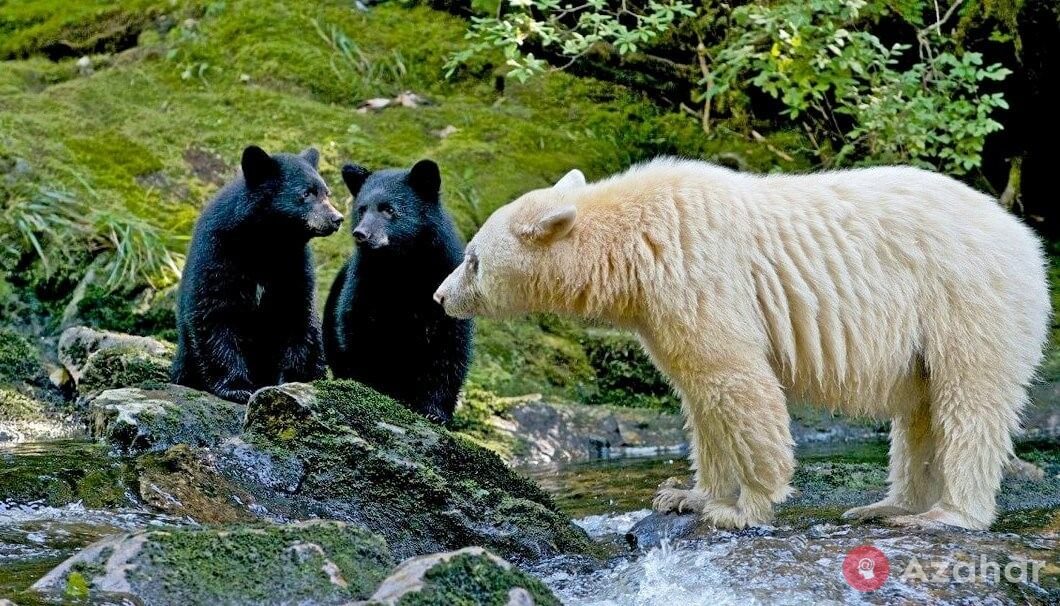 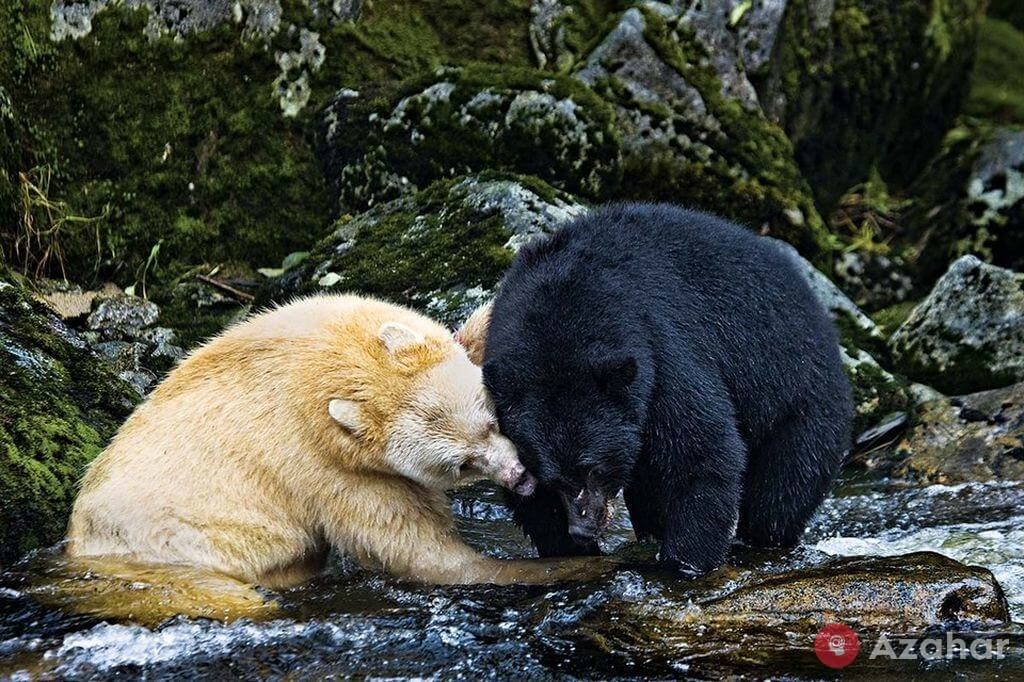 In terms of lifestyle and behavior, Kermode is in many ways similar to other types of baribal. In the summer they feed on berries, roots, and small animals. With the onset of autumn, like other bears on the Pacific coast, the Kermodes go on to eat delicacies. In local rivers, salmon are found in abundance, going to spawn, on which bears hunt. Lucky fishermen at the height of the season prefer to eat only caviar and head, but if the fish are few, the bears do not disdain the rest of the fish. 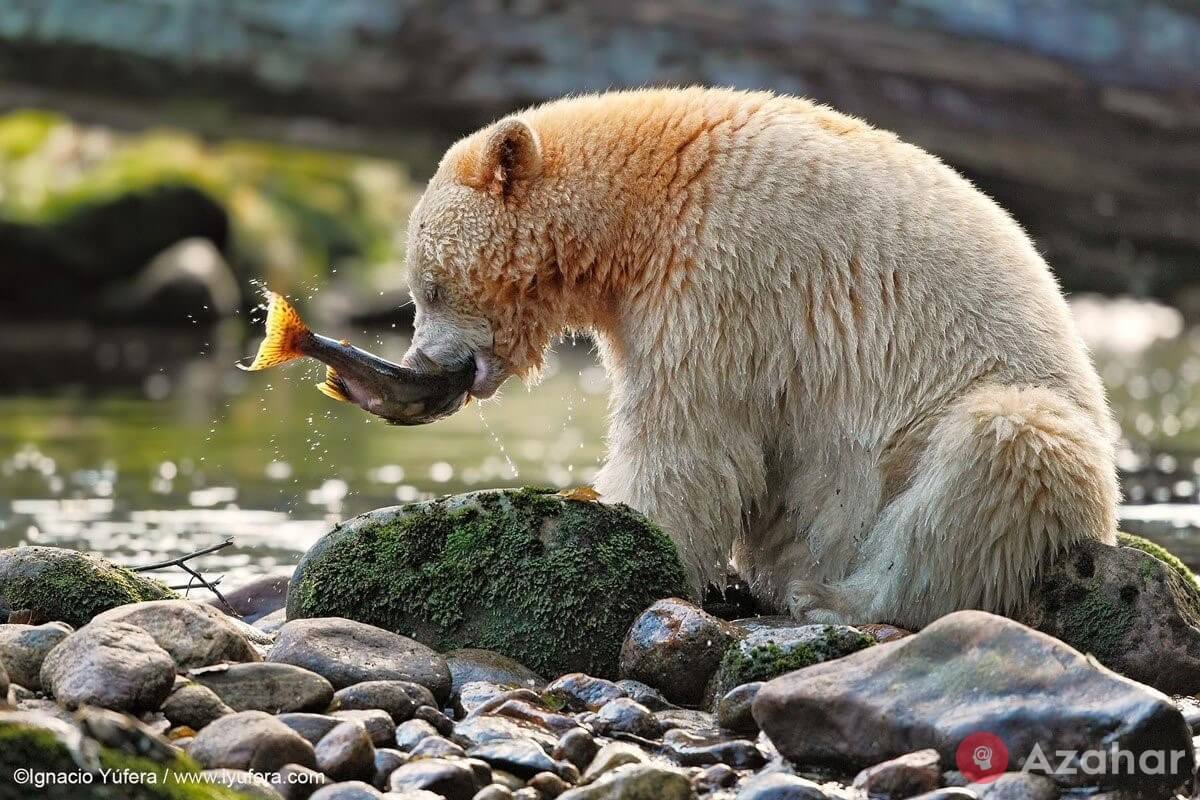 Fall salmon-eating bears hibernate, which lasts up to six months.

Polar bears-ghosts of especially revered among the indigenous Indian populations of the coast of Canada. Hunting them is strictly forbidden, and even speak about them in the rumor until recently it was not accepted. Perhaps for this reason that the European settlers for a long time did not know about their existence, and saved animals from barbaric extermination for the sake of the skins the unusual color. 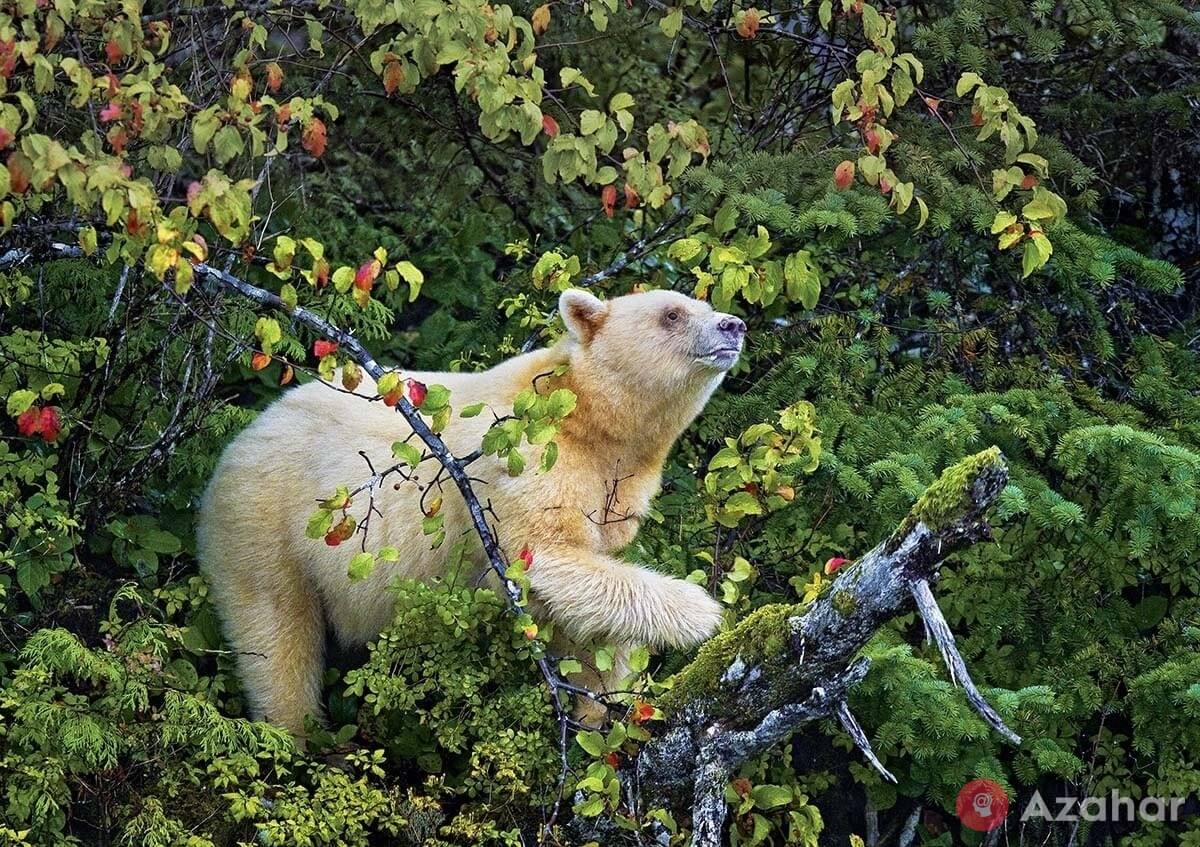 Scientists suggest that the white color appeared in the population of the Kermode bears as a result of the mutation and established itself as a useful trait during the last ice age. White individuals, like their white fellow polar bears, are less noticeable on snow or ice floes, which means they are more successful in hunting and have high chances of survival.

Today, powerful glaciers have retreated far to the north from the habitats of Kermode bears, but experts note that kermodes with white coat color are more fortunate during a salmon hunt. Apparently, the salmon had not had time to get used to the fact that not only black but also polar bears are found in these places. 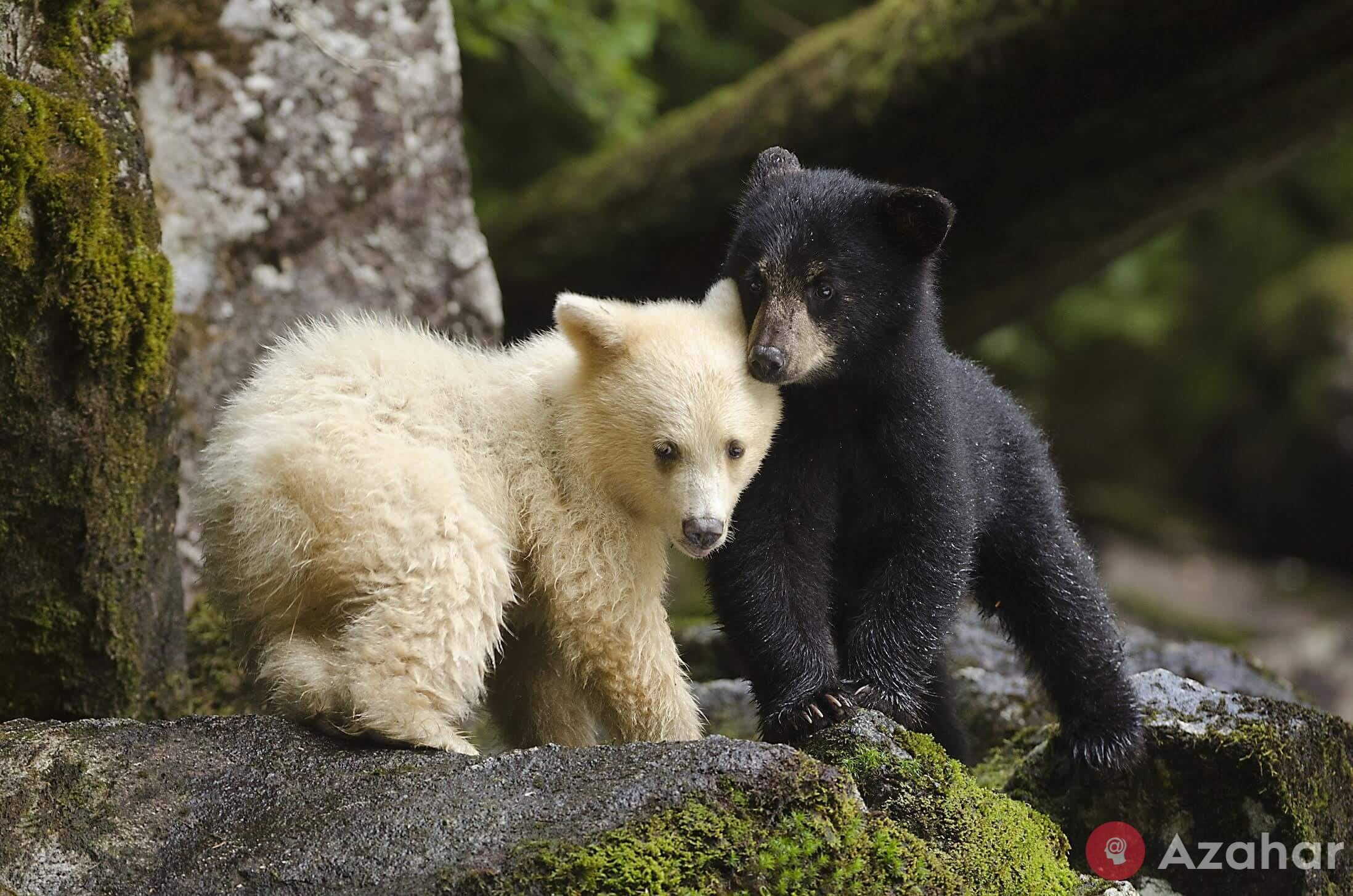 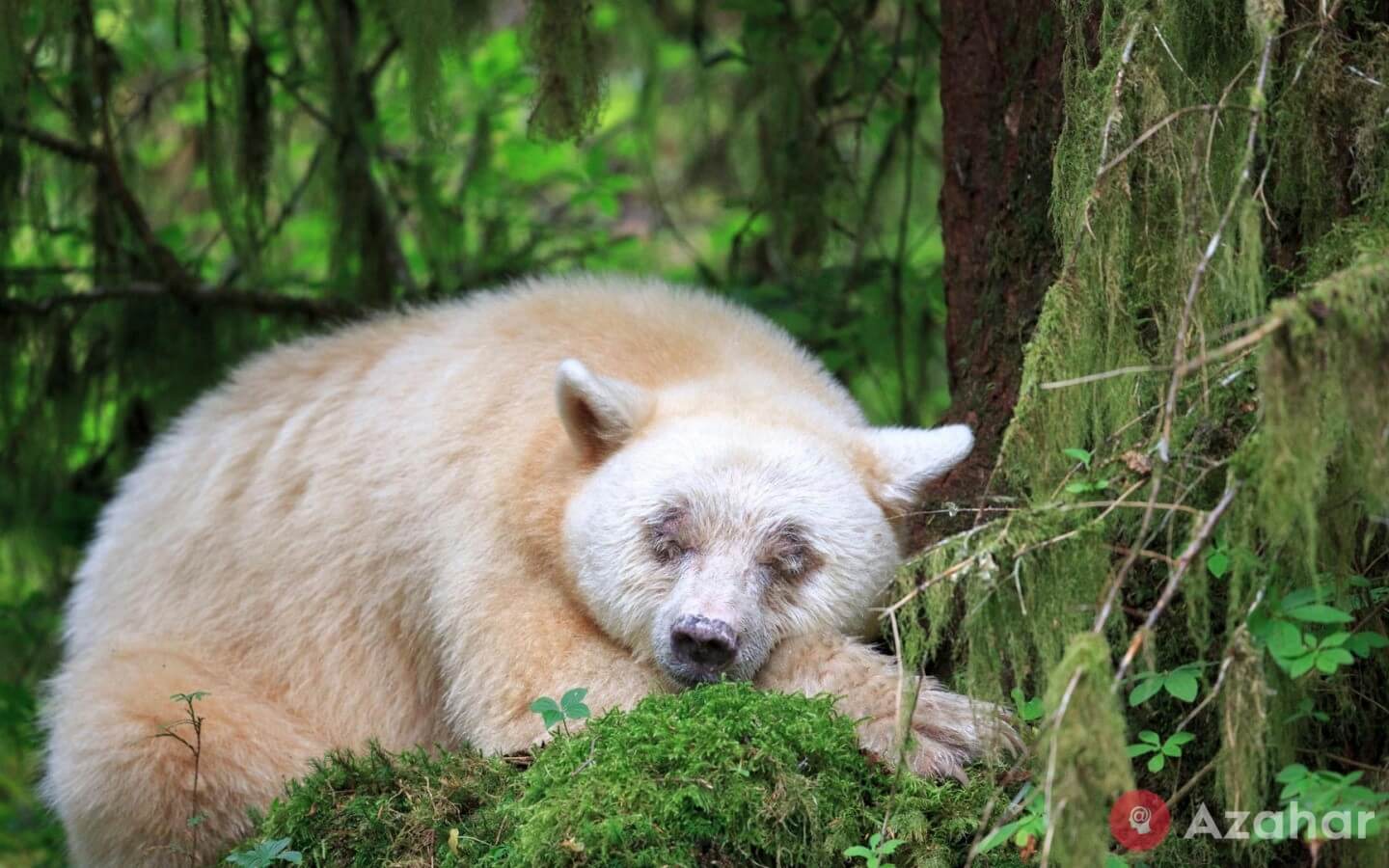 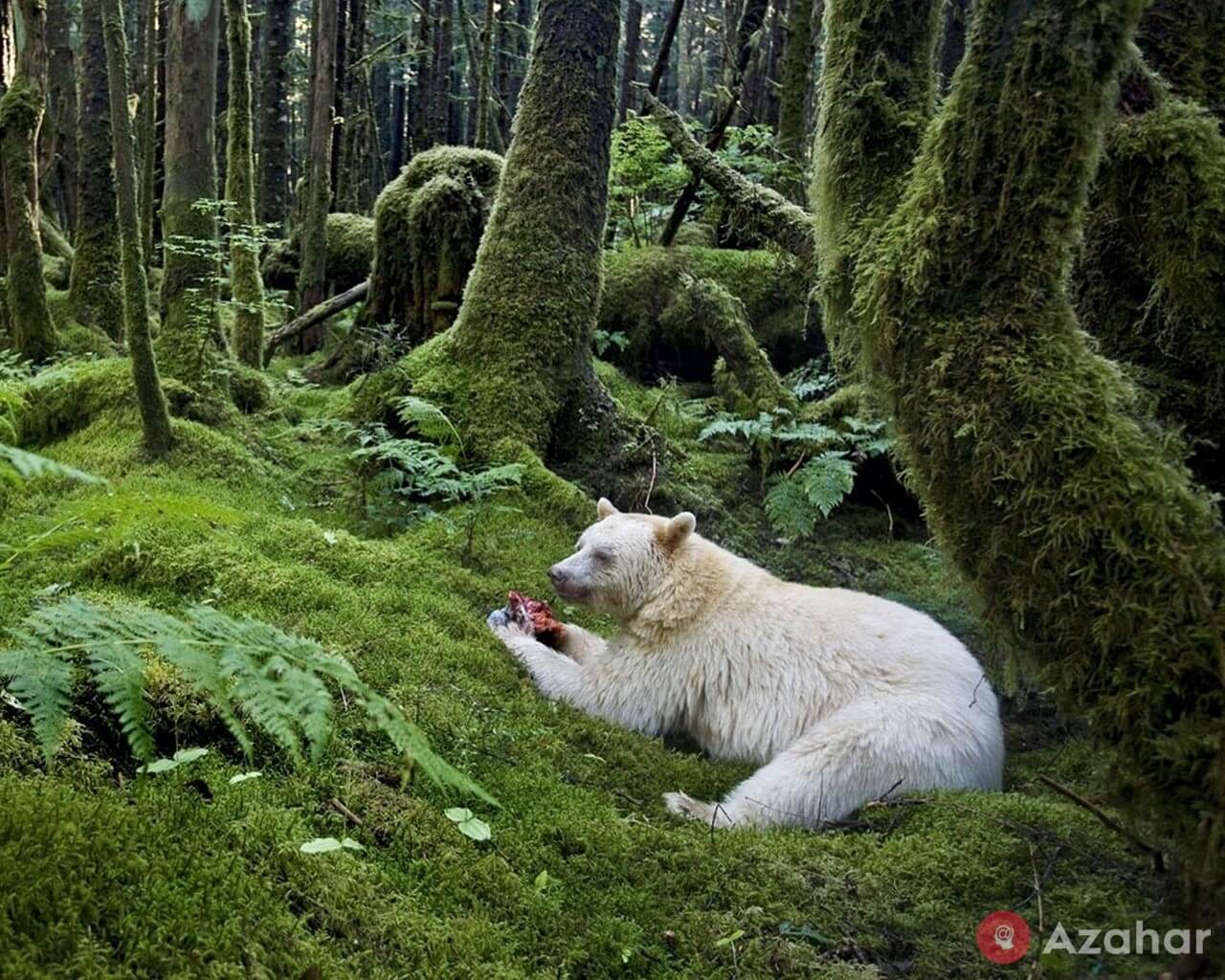