Through their loyalty and dedication, dogs have firmly and forever won their place in the hearts of people around the world. Their boundless love for us and their desire to serve has made four-legged barkers indispensable companions of people from ancient times to the present day.

Contents of the Article show
Below are 10 of the most famous dogs in the world which became famous for their human service.
1. Belka and Strelka
2. Hachikō
3. Rico
4. Ivan Pavlov’s dog
5. Balto
6. Pui
7. Palm
8. Laika
9. Snuppy
10. Julbars

In addition to the above qualities, dogs are distinguished by their incredible courage, so many of them have become real heroes along with people. The expression “a friend is known in trouble” is really about dogs and once again proves that they are people’s best friends, because, in any situation, dogs are ready to sacrifice themselves for the sake of the owner.

Below are 10 of the most famous dogs in the world which became famous for their human service. 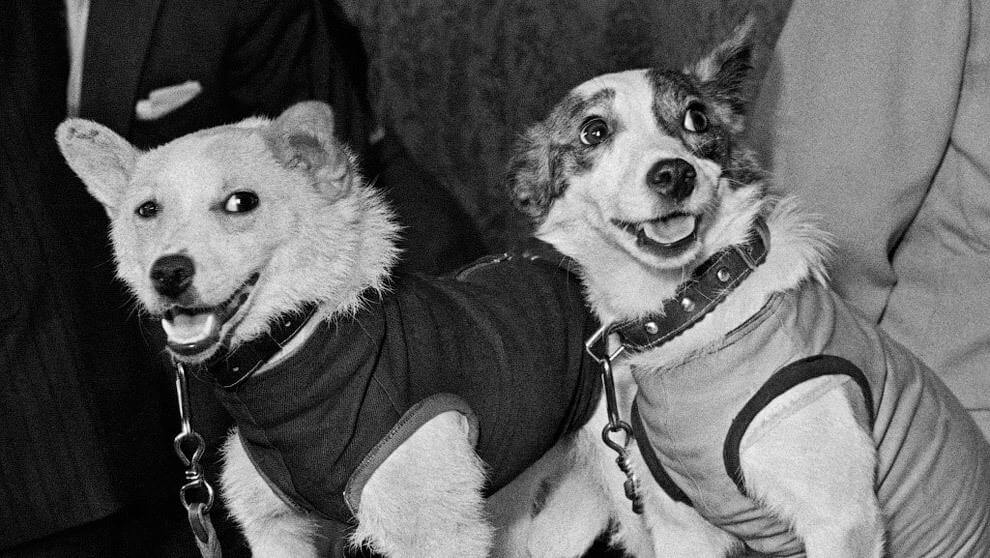 A Russian person doesn’t even really need to tell the story of these two adorable dogs, which were the first living beings to go into space and arrive safely back on our planet. Thanks to them, it was possible to find out how a living being feels in space so that in the future Gagarin could be sent there. Dogs immediately gained worldwide popularity and won the love of people and the title of real stars. 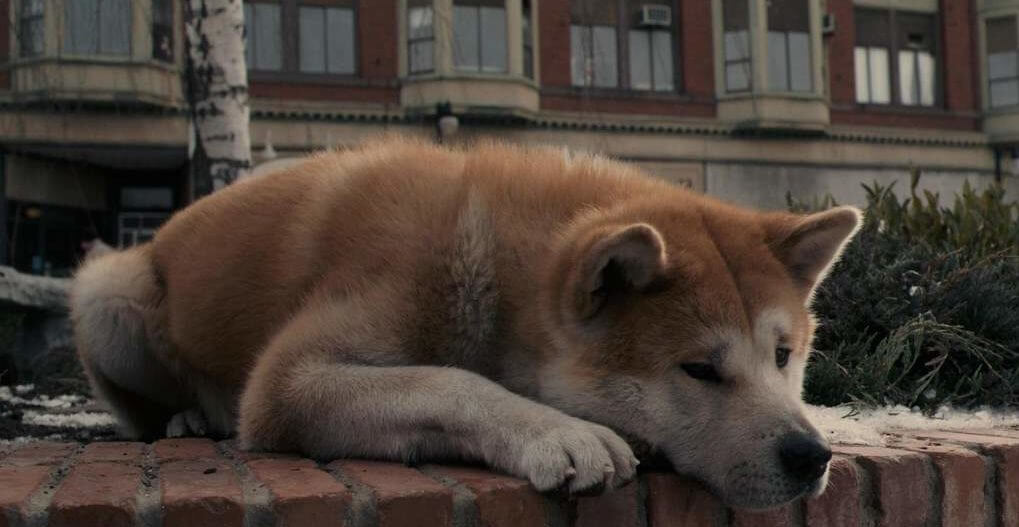 The name “Hachikō” has become a household name and now stands for honesty and loyalty. Based on the real story that happened to the dog Hachikō and its owner, a film was made that is now insanely popular with people of different ages around the world. The dog Hachikō always accompanied its master to work from home and back. And all the time the owner was at work, the dog was waiting for him at the platform at the suburban station.

But one day the owner became ill at work, and he died in the hospital. From then on, Hachikō always came to the platform and waited for his master for 9 years until his death. During the dog’s lifetime, a monument was erected to it, which was a meeting place for lovers and became a symbol of true eternal love. 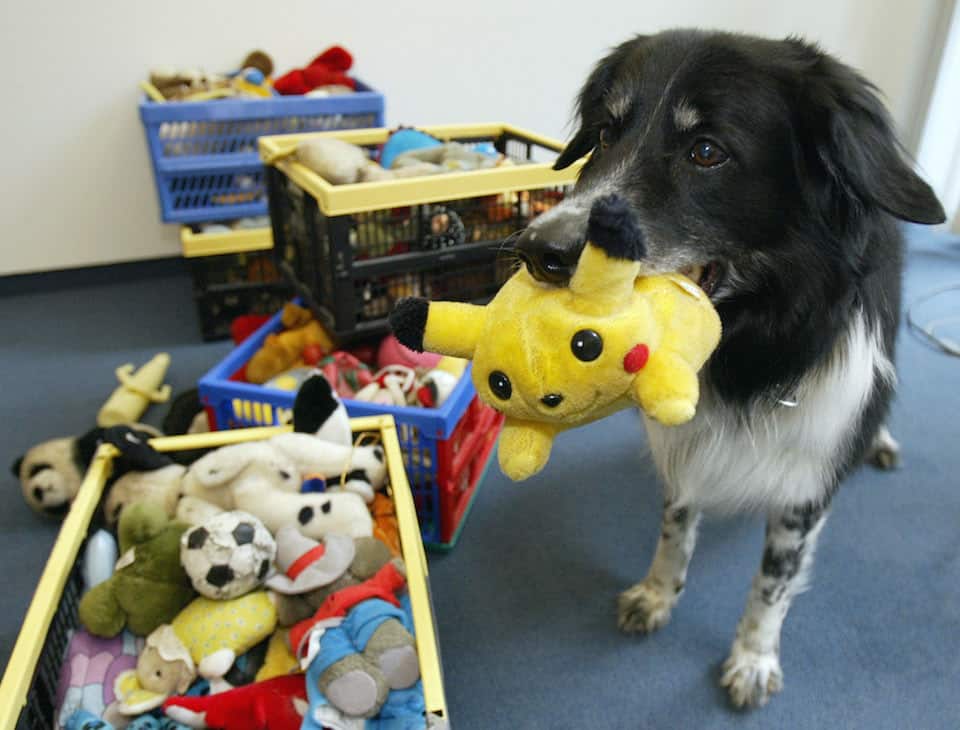 The famous Rico is now considered the smartest dog on the planet. It all started in 2014 when the owner of the dog said that his dog understands human speech. Scientists became interested in an unusual dog and began to conduct a bunch of experiments with the dog. They put Rico in one room and threw things on the floor. In another room, the owner of the dog said the name of any item, and the dog took it and carried it to his master.

Rico was also found to have a penchant for deduction. For example, a thing was placed in a room that the dog didn’t know the name of. And when the owner called it, the dog guessed that it was the name of a new thing, and carried it. 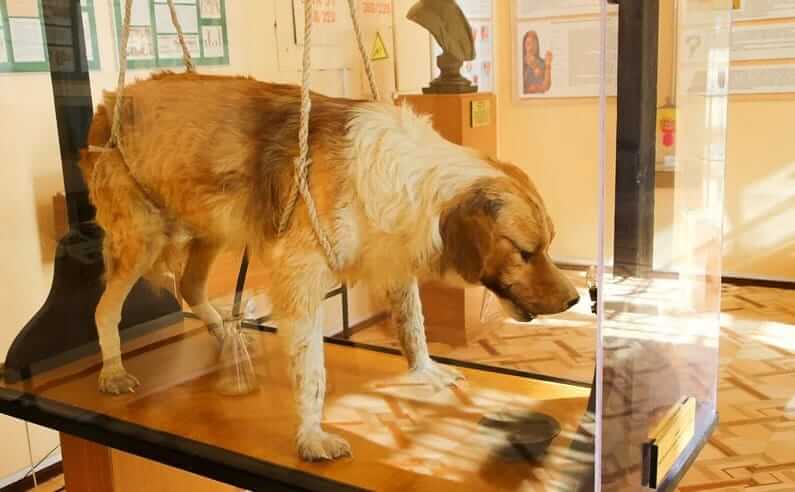 Pavlov’s particular dog did not exist. The scientist experimented with hundreds of dogs, and these experiments were quite cruel. Often they led to the death of the animal. Pavlov often spoke of the agony he felt when he realized that at the end of the experiment, another dog would die. And if it was possible to save the animal, the scientist provided him with good living conditions until the dog’s old age.

He nursed all the experimental dogs after heavy experiments. Therefore, Pavlov’s dog is a collective image of all the exhausted animals, experiments with which allowed the scientist to make several important discoveries for modern medicine. 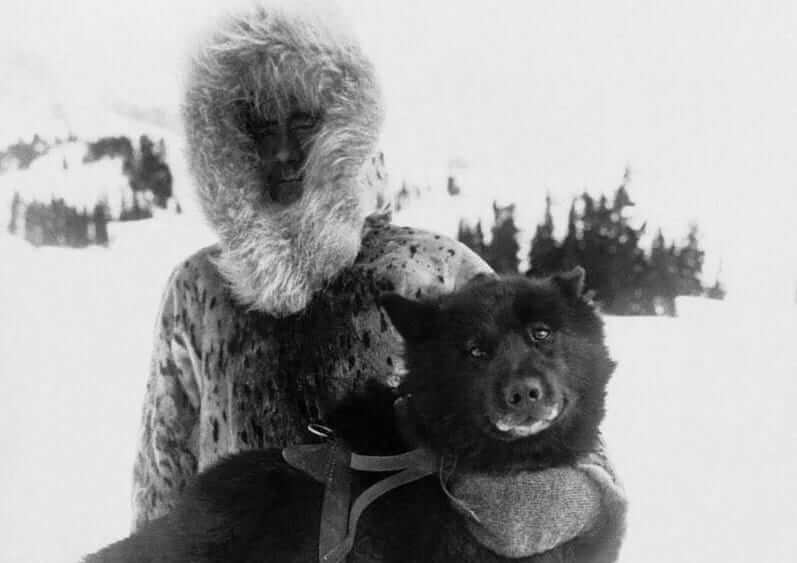 Probably everyone knows the famous cartoon that was named after this amazing dog that saved several thousand children in Alaska. At that time, there was a severe epidemic in the state, but because of frosts and blizzards, it was almost impossible to deliver medicines to children’s hospitals, and this dog, being an ordinary mongrel, led a team with huskies, and together they were able to bring medicines to sick kids.

For such heroism, a monument to the great Balto was erected in New York City’s Central Park for its dedication, bravery, and saving the lives of children. 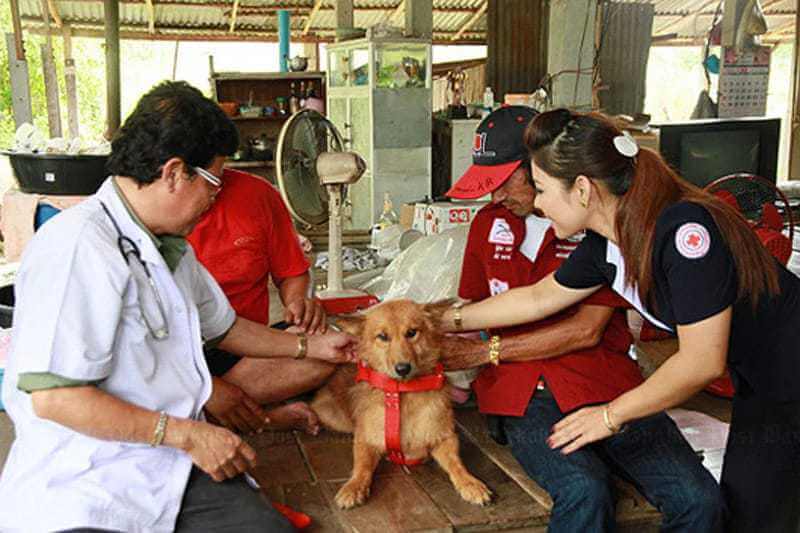 Pui is our contemporary, this dog lives in Thailand. Once in Bangkok in 2014, an ordinary mongrel brought its owner a newborn baby in a package. The man immediately took the baby to the hospital, where they later stated that the dog did not just save the child, but provided emergency assistance.

The fact is that when the child was in the hospital, the dog was on the verge of death. If the kid had arrived a couple of hours later, he would have been dead by now. Pui was awarded a special collar with the Order of the Hero Dog and its owner was paid a monetary reward. 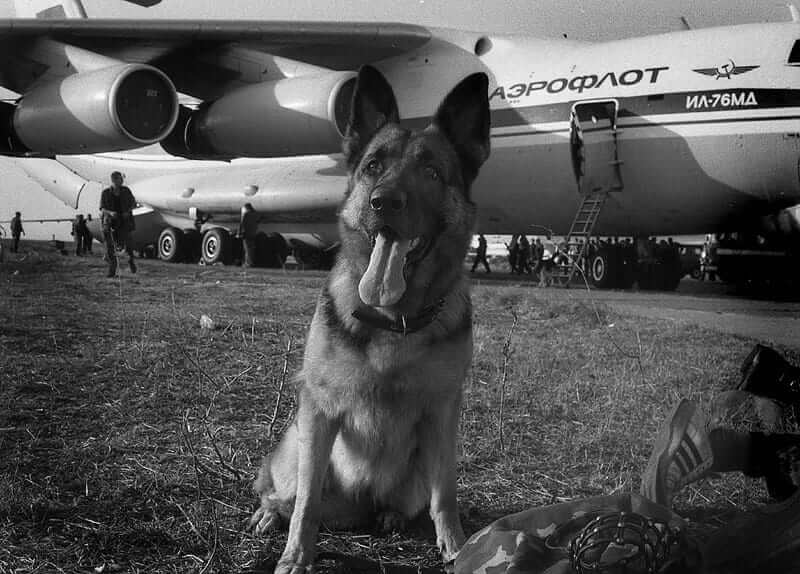 In the late seventies, a journalist named Yuri Rost saw a dog at Vnukovo airport. He was surprised that all the employees came up to it and petted it. The special correspondent learned its story. It turned out that the Palm had been living in Vnukovo for 2 years at that time.

Once upon a time, its owner flew away on a plane but left the dog. And from then on, it saw off and met every plane in the hope that it would return. Rost published an amazing story in Komsomolskaya Pravda and began to receive many responses from caring people who wanted to take the dog for themselves. But the real owner did not respond. As a result, Palm moved in with a female associate professor at the Institute in Kyiv and gave birth to three puppies. 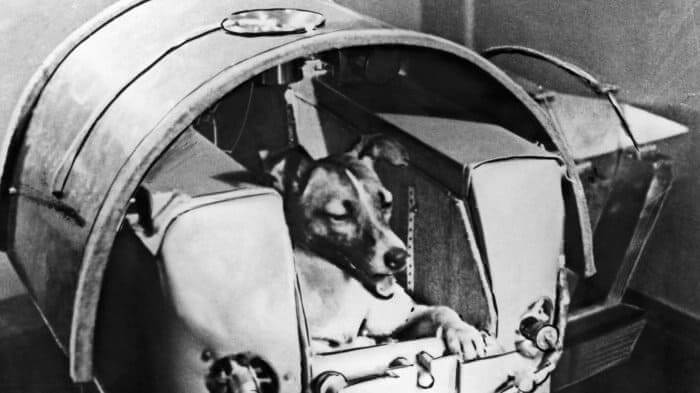 The story of Laika is the story of a real hero, which ended, alas, very sadly. This was the first dog that managed to visit the orbit. At least, this is the first dog whose name was announced to the public. However, Laika did not manage to return.

It stayed in orbit for several hours and died. This happened due to a technical error-the container in which the dog was located was heated. Even though it did not return to earth, its name was remembered and posthumously awarded the title of the first dog to visit orbit. 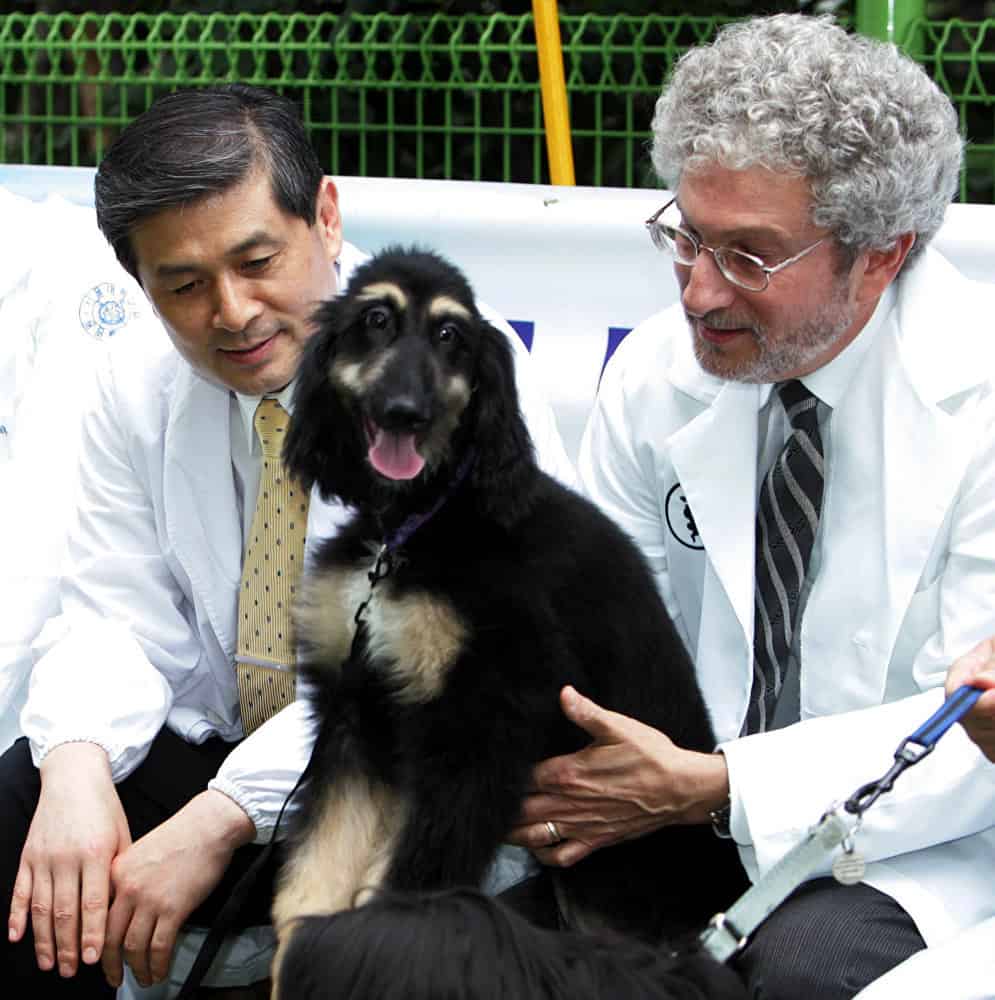 Genetic engineering at the turn of two millennia has become wildly popular due to a variety of discoveries that have shocked the world. In their goal to clone humans, scientists have begun to make incredibly huge strides and have already been able to start cloning animals.

Snuppy was the second successfully cloned animal after the famous Sheep Dolly. It was a clone of a dog created by a scientist from South Korea. It happened in 2005, and all the media was proud to celebrate charming Snuppy as the main event of the year. 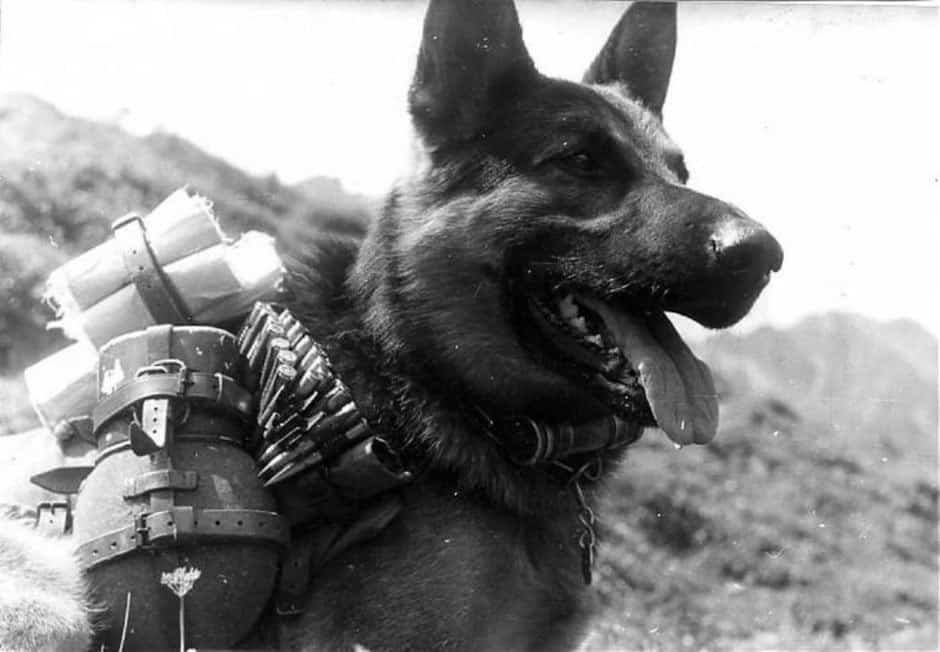 Julbars is a dog with an incredible fate. This dog was the bravest participant of the Great Patriotic War and managed to save countless lives. Thanks to this, the daredevil managed to clear several thousand mines and about two hundred shells that he was looking for. During the entire war, the Julbars became the only animal to be awarded a medal. When the Victory Day Parade was celebrated in 1945, the wounded dog was carried around the square with honors.