How to please a girl

How to please a girl? This article will be more useful for those who don’t aim to overwhelming a huge number of women and focused on a long-term relationship with a girl, or for those who are tired of the introduced plume of incredible victories on the love front but was never able to fall in love and choose a lady at heart, moving on the scheme, and those guys who are not used to spend a lot of time and emotional resources to search for the women, with sidelong and with a share of negativity looking in the direction of the truck.

But even if you are still fascinated by the interaction with a large number of girls and you are not embarrassed by the arising refusals by women, reading the proposed material is unlikely to be a waste of time.

Many years ago, while on vacation, I visited one institution (not night, but quite a day format), the administrator of which was a beautiful girl (let’s call her Lena), who immediately, to put it mildly, really liked me.

Then I was much more modest, but I did not hesitate to stare at Lena. And yet the thought flashed through my mind: “She’s too cool for me.”

At first, Lena didn’t show any interest in me, at least it seemed to me that way, although some strange feeling haunted me. But even when I was waiting alone in the same room, waiting for my turn, she stubbornly continued to look somewhere at the reception desk, looking at something.

Sometimes I hoped to meet her eyes, thinking to ask something “about the weather” ” but to no avail, because her attention was deep in something very interesting.

In general, in order not to torment herself, Lena was sent by my mind, and I was completely relaxed, completely stopping looking at a young beautiful girl, and continued to visit this institution.

Suddenly Lena, when I left home, began to give me goodbye newspapers. This was repeated three times, and the newspaper number remained the same, to which I drew attention out loud. I also thought to myself: ” It’s fun, they give out Newspapers for free.”

Then Lena began systematically buying me coffee. Once I had a headache, my blood pressure was probably high, and I refused to take another hot, invigorating drink, but Lena insisted, and as a result, I even had to raise my voice at Her. She retreated timidly.

It should be added that Lena continued to seem to hide her gaze.

After some more time, Lena asks me: “ Do you go to any clubs?” “It happens.” “ – Here are 2 flyers for Friday this week at such and such a club. You can invite your girlfriend with you.” “Thank you. I replied, perplexed.

Then Lena quickly turned around and sat down at her Desk.

Now I am surprised to remember those thoughts that arose in my head: “Are they giving out flyers to Nightclubs for free?”

It was only in the evening that a second part of my personality, which had not yet had its formidable voice, whispered to me: “Hey, kid. This girl likes you. Lena is trying to get to know you better. She hinted at a possible date for you, so that you might mention that you were a free man and invite Lena to the club with you. But even if you blunt it and don’t invite her, Lena will most likely be there on her own initiative on Friday and will already know for sure whether you are free or not, and at least communicate with you in a more relaxed environment.”

On the one hand, I felt manipulative things, on the other, I could not believe that such a cool girl would try to meet me on her own. Oh, it doesn’t make any sense.

And what did I do? I gave the flyers to my friend and didn’t go anywhere.

The next time I saw Lena, she seemed angry at me and didn’t want to communicate at all. My vacation was coming to an end, and I stopped going to this place.

It was only a few years later that I remembered the incident, and the words of abuse fell from my lips.

But the most terrible thing is that there were many such” lens”, even if not every one of them showed such ingenuity, most often getting off with an interesting look. And there were those whose signs of interest I did not catch at all.

In the modern matriarchal society, which in the USA doesn’t yet have such extremes as in the West, but is still present as such, men who are usually brought up by women are prepared to please them.

A lot of men are convinced that in order to please a girl, you need to be better than others or do something for her because for the love you have to pay in one way or another.

That is, a woman is a value as such, and a man in himself has no value. A woman resembles a product that chooses its own buyer.

Not everyone believes this, but such a system of values and beliefs is very common and praised by many mass media, as well as people who like to discuss various kinds of problems in the kitchen or workplace.

Back to my childhood

Since the mother for any boy is the closest and most valuable woman, many aspects of her interaction with her child can leave a mark on the psyche of an adult man later.

But it’s not just the mother, but also the behavior of other participants in the child’s close environment with whom he interacts.

In order to control his behavior, a child can be systematically indicated that he is bad, that he will not be loved like that, that he needs to be wrong, thereby forming an inferiority complex.

Then the boy finds himself in school, and angry classmates can ridicule him for certain features of his appearance, behavior, and spoken words.

The child has a familiar inferiority complex and a sense of guilt because he is not like that, he is wrong, he is bad, and the brain is happy to finish drawing an irrational explanation for this attitude to him: he is wrong because he is fat or too thin, short or too tall, stupid or learned, after all, he has holes in his pants and glasses on the funny nose of an ugly face. He’s also an indecisive weakling.

Who would ever love someone like that? For sure, this is only possible if he has a lot of money, a cool car, a toned body, a hanging tongue, a confident disposition and a successful environment.

By itself, such as it is, it is not needed by anyone. And we are not even talking about beautiful, worthy women. 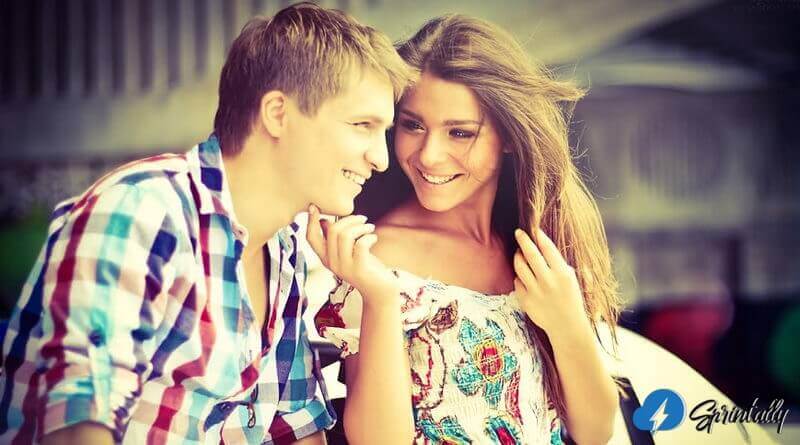 However, the truth of life is such that practically no matter how a man is, there will always be a certain number of women (usually quite large) who will like him for who he is. And among these women, it will certainly be possible to single out really worthy candidates for love – cool attractive girls.

Every woman or almost every woman is a professional in the field of seduction, which has an innate tool for attracting the attention of men and most often, it is she who initiates communication, which can result in something worthwhile.

And, of course, the woman begins to use her charms. What’s next?

Further, a man who has a well-established system of complexes (and there are many such representatives) simply does not notice the signs of interest that a woman sends him, or does not interpret them as such.

But even when he picks up the obvious signals, he just doesn’t believe it can happen. The very fact that a beautiful interesting woman might want to meet him on her own initiative is beyond the limits of his reality.

In addition, a man may think that if a girl shows him a liking, then it means that she is not so cool, and there is definitely some trick. They cannot imagine that communication can be easy and enjoyable.

As a result, the girl usually frosts off.

Then, when the day off comes, the man goes to a club and begins to get acquainted not with those girls who like him, but approaches the one who needs to prove something.

His mother said that he was bad, the environment confirmed that he was wrong, so it is necessary to tell their projections in the face of women that he is OK.

And instead of identifying those girls who are interested in them in the crowd and going up to find out what kind of girl she is, whether she suits him as a woman, as a person, a guy, firstly, begins to get acquainted with unsuitable girls, and in – secondly, immediately fussing, behaving somehow unnaturally, informing a newly made girlfriend that in general, he was ready for anything, the choice was hers.

The girl, in turn, reasonably has the idea that if direct sales were involved and from the very beginning a promotional discount of 90% applies to a product called “Male Personality”, then it is unlikely to be of good quality.

It often happens that a woman either dynamites or loses a man, having managed to emphasize that he is wrong, and he again finds confirmation that cool girls don’t need him, not realizing that the problem is not in him, but that he chooses the wrong women

In addition to this, a guy can easily stick on a girl and then suffer or run after her in an attempt to prove something, not realizing that you just need to go to the next one.

On the other hand, a man who is not hurt by refusals can generate large flows of girls who will agree with him on a lot.

But either he doesn’t manage to stop, and he continues to prove his male viability with the help of new friends, or, despite the already impressive track record, he can’t find a suitable girl for the role of a companion in his life, because he continues to weed out and doesn’t to notice suitable women who all the same continue to remain outside the limits of his reality, and all his free time is not spent on interacting with “those”.

A man can even completely opt for some interesting girl who finds himself in his networks. But will it really be harmonious and strong relations without betrayal and scandals to hoarseness?

All the way around or how to please a girl

So what do you need to do to please a girl?

If you ask this question, then you are a complex man.

To please a girl, you don’t need to do anything and become a nobody. You, your personality, are the value for which a girl is ready to play with her time, emotions and body.

You need to remember that you are already a person and that you are the right one, and you do not need to try to modernize yourself with expensive cars, false confidence, or stories about how cool you were on vacation in the company of a Prince last summer.

If you think that it would be nice to add gloss to your appearance, buy clothes and change your hair, there is nothing wrong with that.

But do it for yourself, not for the sake of the girls, and don’t think that you are correcting thereby any features of your appearance or psyche.

Be more careful when you look around, and you will notice that you are already enough to please girls.