Your girlfriend ignores you for 9 reasons

Women are not accustomed to ignoring men. And if your girlfriend ignores you, there is probably a reason that explains this behavior.

Contents of the Article show
Why the girl is ignoring?
1. She’s mad at what you did
2. She wants more of your attention.
3. Hormonal surges
4. She does not love you
5. A difficult stage in her life
6. Stress
7. She doubts her feelings
8. Relationships are not developing
9. You are an insensitive block
At the end

A woman does not always seek to enter into confrontation, and if anger has settled in her soul, and you are its source, instead of quarrels and scandals, you can feel the use of a completely different female tactic – ignoring.

When you ask a girl what happened and she says “nothing” or “everything is in order”, be sure that this is not so.

You can ask again a thousand times, but your companion will still be able to evade the answer.

If your girlfriend is ignoring you, there may be several reasons. Therefore, do not make hasty conclusions in trying to understand what is happening.

Let go of the situation and let everything go its course. You should not arrange interrogations, blow up her phone with your calls and become obsessive. This approach will only anger the girl and show your weakness.

It’s best to ask what’s the matter, then pause and ask again. Your girlfriend will have time to cool her anger and return to your arms.

Why the girl is ignoring? 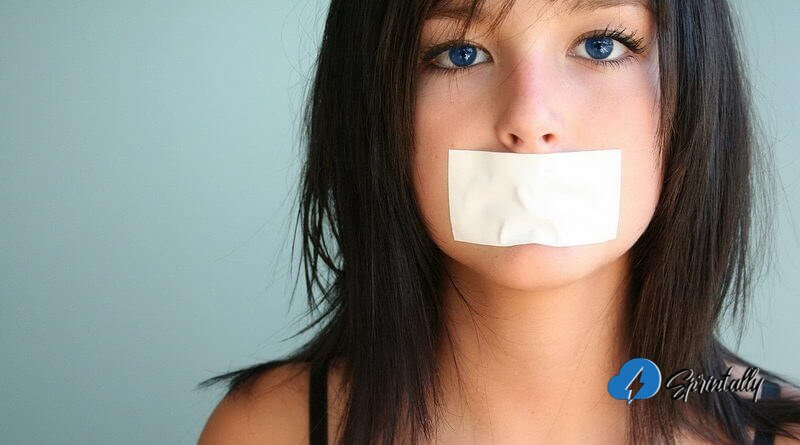 Punishing a man with silence for a perfect deed is a technique often used by women.

You could well say something offensive in passing, you didn’t ask how her day went, or, for example, put your socks in the refrigerator next to her yogurt.

If the reason for ignoring this, then the problem will be settled quickly enough.

2. She wants more of your attention.

It would seem absurd. But if a girl ignores you, she really may just need your attention without getting enough of it.

This is a kind of hidden manifesto in an attempt to reach out to the male consciousness.

The girl wants you to notice a change in her behavior and direct the situation in a positive direction.

If you show care and attention, then everything should fall into place.

If a girl ignores you, it is possible that the reason for this is menstruation.

A change in the hormonal background constantly affects the female mood and behavior.

Girls just lose their ability to be themselves.

In this case, you should not worry very much, because after a couple of days the troubles will stop by themselves.

4. She does not love you

Some girls do not have enough maturity to tell their boyfriend that they fell out of love and no longer want to be with him.

If a girl ignores you for a long time, maybe it’s time to think about ending the relationship.

If she does not answer your text messages, phone calls and generally avoids you, most likely it is time to rediscover the world of freedom and move on.

In this case, it is strictly forbidden to run after the girl and humiliate herself in front of her.

Keep in mind that some women may just challenge you.

Therefore, instead of running after a girl or trying to find out something, ignore her in return.

But in general, in this situation, this is, at a minimum, an attempt at manipulation, and at the very least – the final stage of your relationship.

In any case, one should act toughly, without dropping self-esteem and with the least loss for oneself.

5. A difficult stage in her life

If a woman is going through a difficult time in her life, she can close and start the mechanism of ignoring.

If it is not easy for her in relation with her mother, she was fired from work, or, for example, as a result of a tragedy with a close friend, her ability to communicate with the rest of the world can be drastically reduced.

Assuming that you should not plunge into her problem, she may try to deal with it herself without your participation.

Try not to take this attitude of the girl at your own expense, and over time everything will work out.

When people experience stress, they cannot immediately cope with the situation.

To overcome the crisis, they have to focus on the problem and block all distractions, including those around them.

If you notice that not only you are the object of ignoring, then most likely this has nothing to do with you.

Over time, the girl will cease to ignore you and will again let you into her life.

7. She doubts her feelings

It is quite possible that people begin to overestimate their relationship.

If lately between you and the girl everything is somehow fresh and dull, it may seem to you that you are not “the same”, and there are better options.

If your girlfriend ignores you, she may be concerned about the quality of your relationship.

Perhaps she wants something more from a relationship that you cannot or do not want to give her.

No matter how difficult it is, try to remain calm and cold-blooded.

Instead of chasing a girl, give her the personal space she needs, and her friend will probably understand that she will lose when you are not around.

Pressure on the girl to talk and find out the relationship will not help solve the problem. Such actions can push your girlfriend even more.

8. Relationships are not developing

If you have been with a girl for a long time, and the relationship, having no development, is stuck at a stage far from family ties, a friend may begin to ignore you because she is upset that you are not taking the next step.

In the life of a girl there comes a moment when she looks around and sees how her friends are getting married.

And if you think that official relations are not important for your girlfriend, you are very mistaken.

You have a choice: to maintain a relationship and move forward with your girlfriend, but in a new status, or continue to move alone in search of someone new.

9. You are an insensitive block

If a girl loves you, wants to be around, constantly strives for you and tries to tell you how she feels and what bothers her, and you seem completely immune to her needs or even deny her feelings, she may begin to ignore you because she will completely logical conclusion: “if he does not need anything, why should I worry about anything”?

If you didn’t listen very much to your girlfriend’s feelings or, even worse, hurt the girl, the only way to stop ignoring is to start listening to the girl and establish a constructive dialogue.

If you feel that your girlfriend is ignoring you, there must be some reason. Ask her what is the matter?

If the girl refuses to answer you, then you should either try to find out what you did wrong or step back, giving her personal space.

Running after a girl or making scandals is not an option. Let her come to her senses and decide what she wants and what really bothers her.

If you are sure that there is no obvious fault for you, then with high probability you can argue about the manipulation by the girl.

This is not good, and such behavior should be strictly suppressed.