Top 10 fastest cats in the world

It is known that domestic cats can accelerate no more than 13.5 km/h. Theoretical data suggest that everyone’s favorite pets are capable of a maximum speed of 50 km / h, but for very scanty distances equal to one jerk. But their wild relatives can show much more speed.

The top 10 fastest cats include both wild and domestic families of cats. 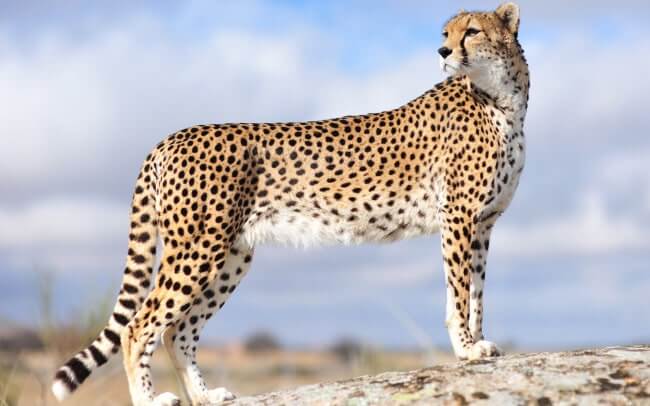 Cheetah is the fastest cat with not only the fastest speed among cats but also all the animals in the world! In just three seconds, the cheetah can run up to 112 km/h. The maximum run-up speed for short distances is 130 km/h. It has a slim, elegant body and well-developed muscles.

A large cheetah has almost no fat layer, and its weight with its dimensions reaches a maximum of only 65 kilograms. It is the aerodynamic structure of the body that allows it to reach such a speed. At the maximum run of this animal, the respiratory rate develops up to 150 times per minute. In addition, the cheetah can change the direction of running at lightning speed. Thus, the hunter’s prey has almost no chance of survival. 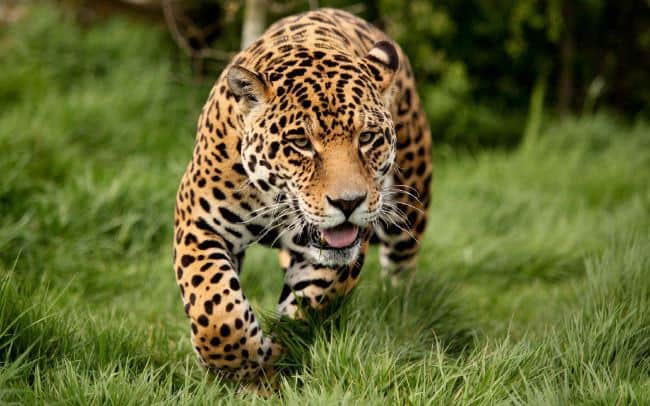 Jaguar with a maximum developed speed of 90 km/h takes second place in the ranking of the fastest cats in the world. The animal can maintain its maximum speed only for a short period of time when it is chasing its prey. Another feature of this giant cat is the ability to jump more than 6 meters. The jaguar is a large animal whose body length can reach almost 2 meters without a tail. Outwardly, it resembles a leopard but is much larger than it. 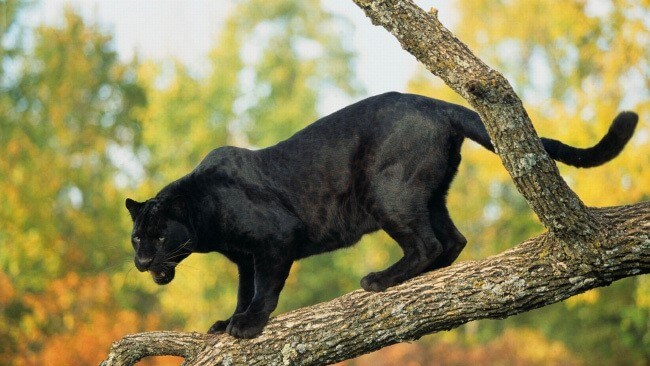 The Black Panther opens the top three fastest feline species. The maximum recorded speed to which a Black Panther can accelerate is 88 km/h. In addition to speed, panthers are also distinguished by the fact that they are considered the most dangerous predators on the planet. They are very bloodthirsty, and when hungry they can attack any living creature, including humans.

This animal is fearless unlike other predators, they are not used to hiding at the sight of people. On the contrary, the panther tries to settle as close as possible to human habitation. There are no known isolated cases of attacks on a person. 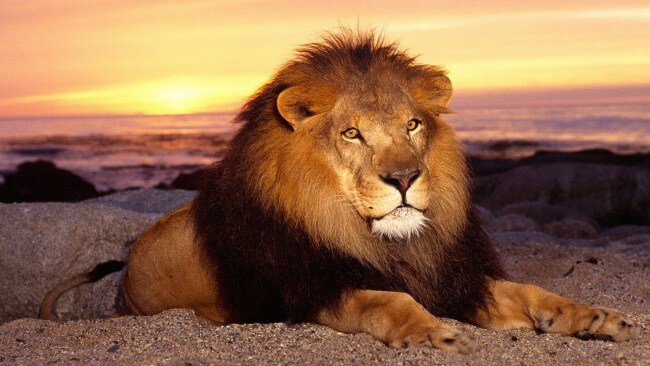 Lion is the fourth fastest cat in the top ten. At a distance of 20 meters, the giant Lion can maintain a run of 80 km/h. While chasing its prey, the lion can maintain a speed of up to 60 km/h for the next hundred meters. These are quite heavy animals. The weight of some lions can reach 250 kilograms, so it is very difficult for them to maintain their speed record for a long time. Because of this, lions hunt at short distances, trying to sneak up on their prey as inconspicuously as possible. Usually, the hunter catches up with his prey at lightning speed. 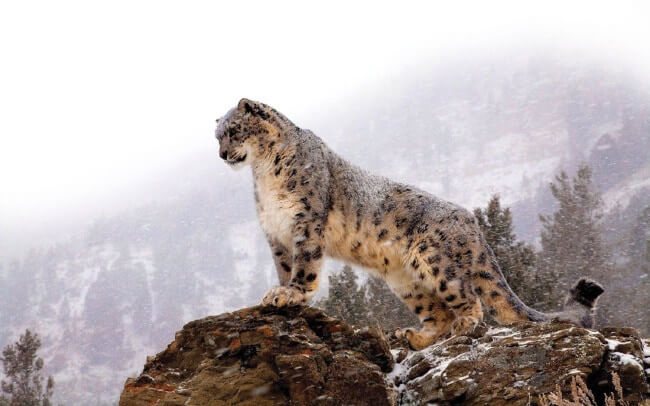 The fifth place in the ranking of the fastest cats in the world is occupied by the Snow Leopard. It is called a snow leopard, which means “snowcat”. This rare and beautiful feline species can reach speeds of up to 80 km / h over short distances. A special feature of the animal is it can jump up to six-meter long and three-meter high.

Snow Leopards have short but very powerful, muscular legs and a long tail that acts as a rudder when running at high speed. Together with the tail, Snow Leopards can reach a length of up to 2.3 meters, but they weigh quite little: up to 55 kg. The snow leopard is considered the highest mountain animal on the planet. The maximum height at which the snow leopard was recorded is 6 kilometers above sea level. 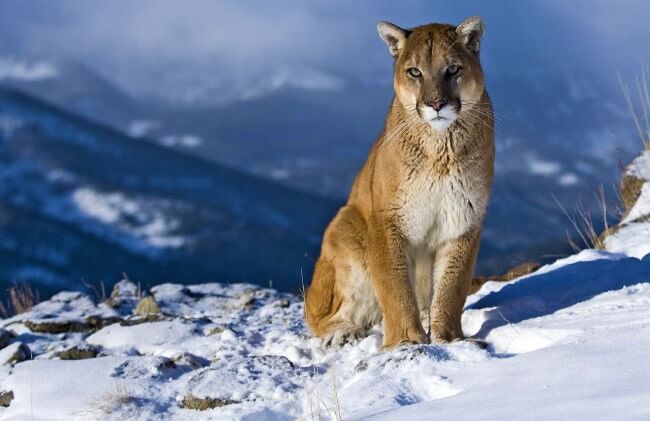 Cougar is in the sixth position on the list of the fastest cats on the planet. The predator can make a powerful sprint over short distances at speeds of up to 75 km/h. The second name common in America is a mountain lion. This is a fairly large animal, which, together with the tail, reaches two meters in length. Weight, depending on gender and individual physiology, ranges from 50-100 kg.

For a Cougar of such dimensions, this is not so much. The muscular body and lightweight help the mountain lion to be agile and fast. 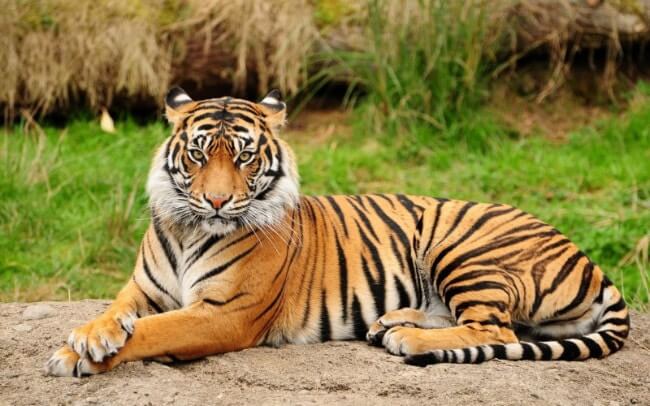 Tiger is one of the fastest felids in the world. At short distances, the tiger can reach speeds of up to 60 km/h. While chasing prey, they make jumps of up to six meters in length and up to five meters in height. But despite its ability, only one hunt out of ten attempts succeeds.

Tigers are rather heavy predators with a bodyweight of up to 300 kg and a body length without a tail of up to three meters. This is one of the reasons why their speed is significantly less than that of a lean cheetah. 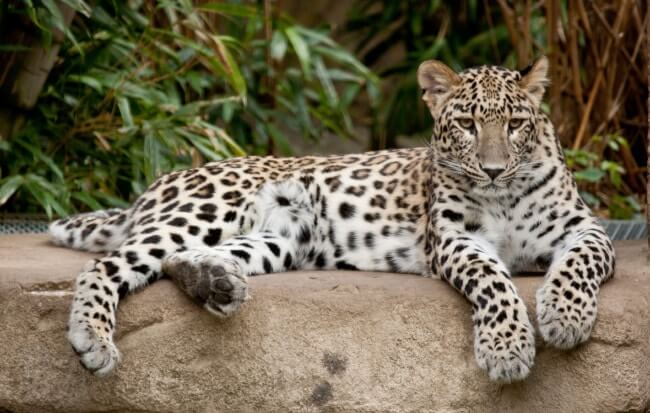 The leopard is a very fast feline animal. Its maximum speed limit is 60 km/h. This animal rarely hunts from the ground, preferring to catch up with its prey by jumping from a tree, so it is not so important for it to have high speed, for example, for a cheetah that hunts exclusively on the ground. 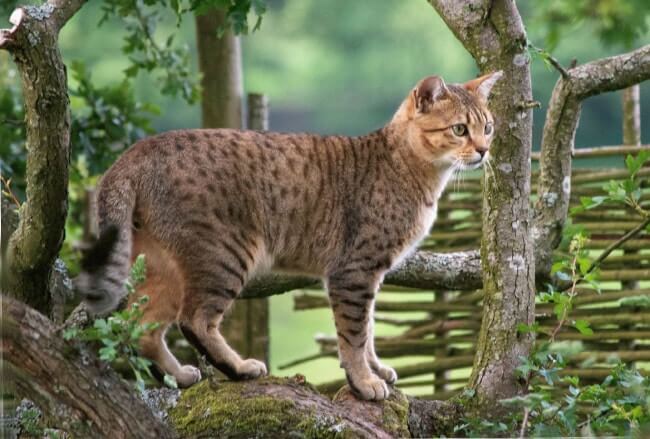 The Egyptian Mau is the fastest cat in the world that doesn’t live in the wild. The maximum speed record that this cat is capable of is 58 km / h over short distances. If the Egyptian cat was the size of a cheetah, then it could easily compete with the cheetah in the speed of movement.

This speed champion Mau is the owner of an elegant, flexible and muscular body, whose weight ranges from 3 to 6 kg, depending on the gender. “Mau” means cat in Egyptian. In Egypt, this animal was considered sacred and it was personified with the goddess of the moon. 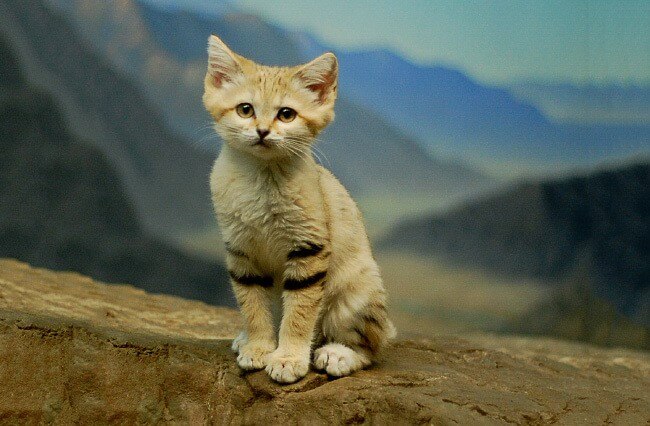 The sand cat, also known as the sand dune cat ends the list of the top 10 fastest cats in the world. Over short distances, a small cat can accelerate up to 40 km / h when chasing prey. The animal usually moves quickly, with accelerated runs, and passes up to 10 km in a day.

Because of its small size, the dune cat has enemies among birds of prey and jackals. Therefore, it has to not only be in search of food but also constantly be on the lookout, so as not to suffer from other carnivorous animals.