What were the heroes of the Mission Impossible series?

It’s hard to imagine a decent action movie without fast cars and impressive chases. The legendary Mission Impossible series is no exception.

Contents of the Article show
Some go to the movies to watch Tom Cruise
The first part was not as “automotive” as the next one.
Many important conversations in the film took place on the back of this limousine.
The final chase involved a TGV train and a helicopter.
This is a change before the facelift.
In the further part of the film, unusual cars appear.
The third part went on screens in 2006.
The fourth part was entitled “Ghost Protocol”.
The most expensive sports cars appear on the screen.
This is the concept car announcing the i8 model.
Hunt also rode the BMW 6 Series Cabriolet.
The fifth part is called Mission: Impossible – Rogue Nation.
BMW will also appear in the latest part of Hunt’s adventures.

Perhaps some will find it hard to believe, but 22 years have passed since the premiere of the first movie in this series. Six parts of Mission: Impossible have been created since then. The latest, with the subtitle “Fallout”, is just entering the screens.

Some go to the movies to watch Tom Cruise

Others focus more on the beauty of his companions, special effects or on cars. Or everything at once. Either way, cars must appear in a decent action movie and good chases must be done. And that Mission: Impossible series is definitely decent, there are plenty of such attractions here. What heroes have managed to drive through these 22 years?

The first part was not as “automotive” as the next one.

Of course, watching the first part of this series is also interesting for car enthusiasts, but rather because of the “actors” of the second or even third plan. During the scenes at the beginning of the film in Prague, a trained eye will spot some interesting vehicles passing in the background. You can see both “familiar” Skoda, as well as more exotic cars, such as Cadillac Fleetwood, which guests arrived at the reception in the American embassy. An important, though short, the role is the silver BMW 3 Series E36, which explodes impressively – unfortunately with one of the heroines in the middle. It could not even be shown while driving.

During some of the later sequences, you can again see the cars passing through the streets of Prague. You can see the rare Oltcita Club, the Lancia Delta from the mid-1980s and even the older Toyota Starlet (the model still has a rear-wheel drive!). Finally, there is a car that plays a bigger role. I am talking about an S-Class Mercedes W126, which was driven by a heroine with the pseudonym Max. 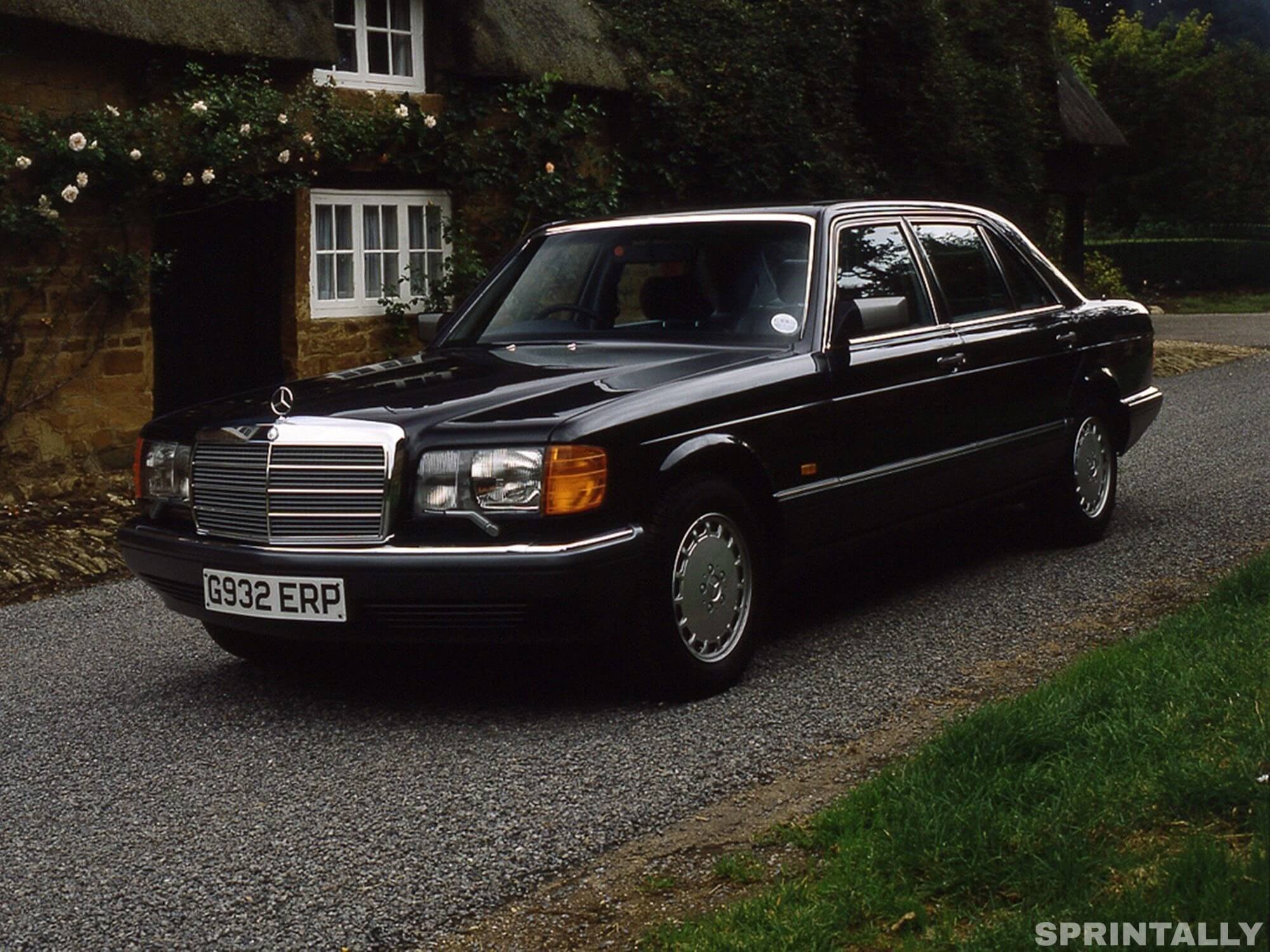 Many important conversations in the film took place on the back of this limousine.

At the time of filming this image on the market was already the next generation of S class, code W140. But a large, black Mercedes always looks dignified – regardless of whether it is new or not. It is worth noting that the seats of this S class are not finished with leather and material. However, this does not have to be due to the “Mrs. Max” savings. In the past, it was the material armchairs that were considered more elegant.

The final chase involved a TGV train and a helicopter.

There were no cars. But while watching the second part of Mission: Impossible from the year 2000, motoring fans could regain any disappointment.

Already after several minutes from the beginning of the film, the action moves to the roads in the Australian canyon, where there is a spectacular pursuit. The main character, or Ethan Hunt, played by Tom Cruise, daringly chases a charming and talented thief, Nyah, played by Thandie Newton. Nobody, however, looks at the actors, all the cars are sneaking around. Ethan Hunt is driving a Porsche 911 series 996 in the Cabrio version, and Nyah – the Audi TT, also without a roof.

This is a change before the facelift.

It is also not a Turbo version, so there is probably a 300-horsepower, 3.4-liter boxer-type motor in the hood.

That should be enough to catch up with Audi. This year TT was not yet a six-cylinder 3.2 engine, so the most powerful version had a 1.8 turbo engine with 225 hp. And it is enough – although both cars suffered heavily in this chase, and Ethan Hunt at the last minute saved his companion from falling into the abyss.

In the further part of the film, unusual cars appear. 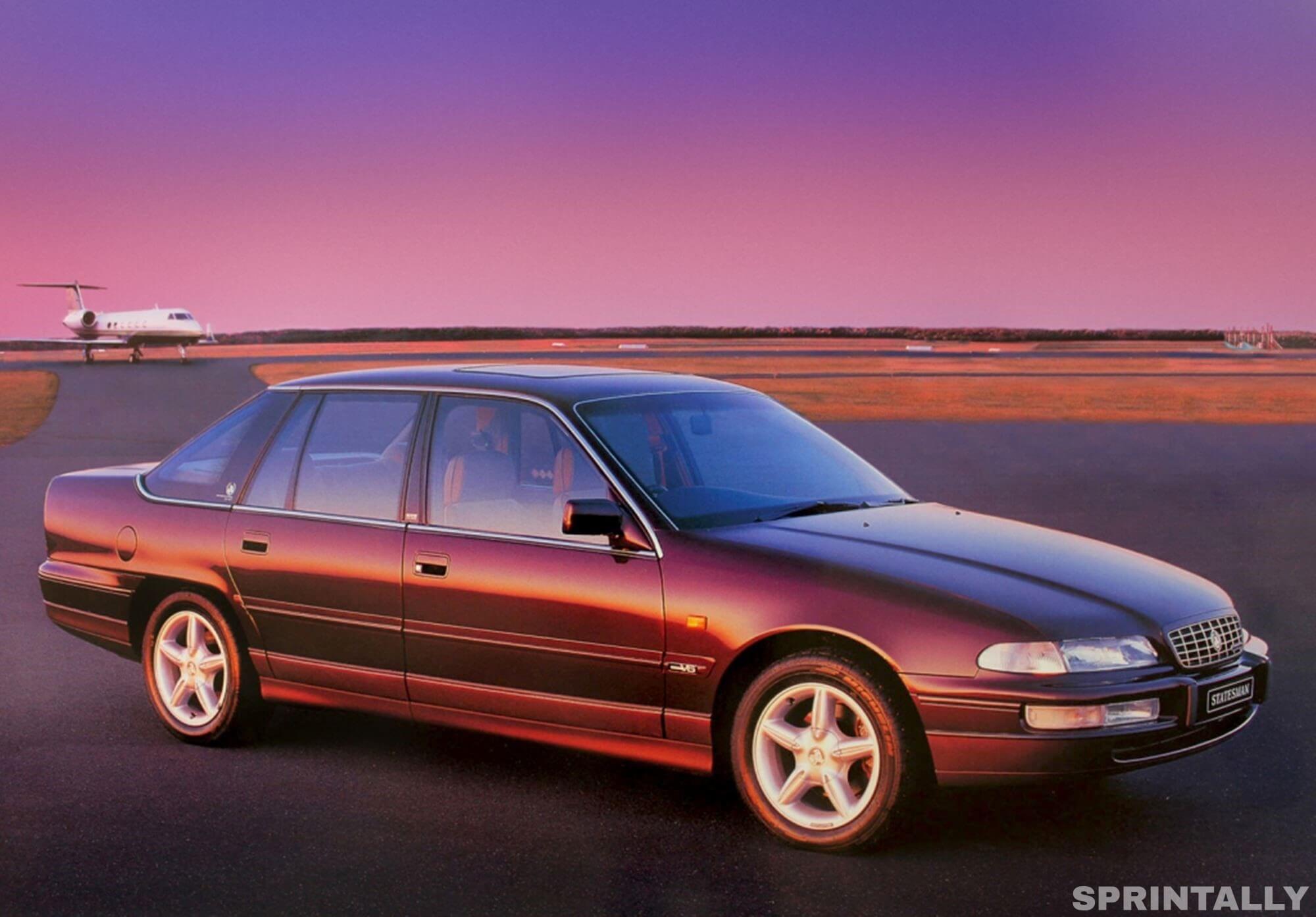 As the action takes place in Australia, the cars are rustic – and therefore unknown and interesting to the public from other parts of the globe. So you can see Holden Statesman, a big sedan with 3.8-liter V6 under the hood. There is also the Ford EF Falcon generation. It does not look very impressive, but a car with a five-liter engine could have it under the hood. Unfortunately, large engines did not help – both of these cars explode sensationally. This is the fate of the cars with which black characters ride. In the end, Ethan Hunt always wins at the end.

There was a spectacular explosion with the Lincoln of the second generation in the main role. Anyway, it caused a lot of creaminess, which suffered a mass of cars. After unleashing a lot of mess and shooting with the use of a helicopter, Ethan Hunt moves away from the crash site on the Mercedes CLK. With an open roof – it must be stylish!

The same is the orange Lamborghini Gallardo, which also appears in the film. As befits an action movie, gadgets appeared in it, which we would rather not meet in serial copies … I am talking about a sliding floor, which made it possible for Agent Hunt to escape from the car in disguise. Unfortunately, despite the fact that the film’s protagonist may have been due to Lamborghini, he did not have mercy for him. His companion dropped them into the air a moment later. All it took was one click of the button.

The most interesting, however, is the chase held in Shanghai. Land Rover Discovery III escapes there before the two BMW 7 Series E38 in the extended version. Scenes in China are also an opportunity to admire cars from the local market – there are countless Chinese VW Jetta, as well as Dongfeng cars.

This time, the filmmakers visited, among others, Moscow and Dubai. Ethan Hunt had the opportunity to test Land Rover Defender during the test … no, not a moose, but rather a camel, and even the entire herd. In any case, there are no moose in the Arabian desert. Fortunately, the old, good “Def” did not turn over and Hunt could continue to save the world. 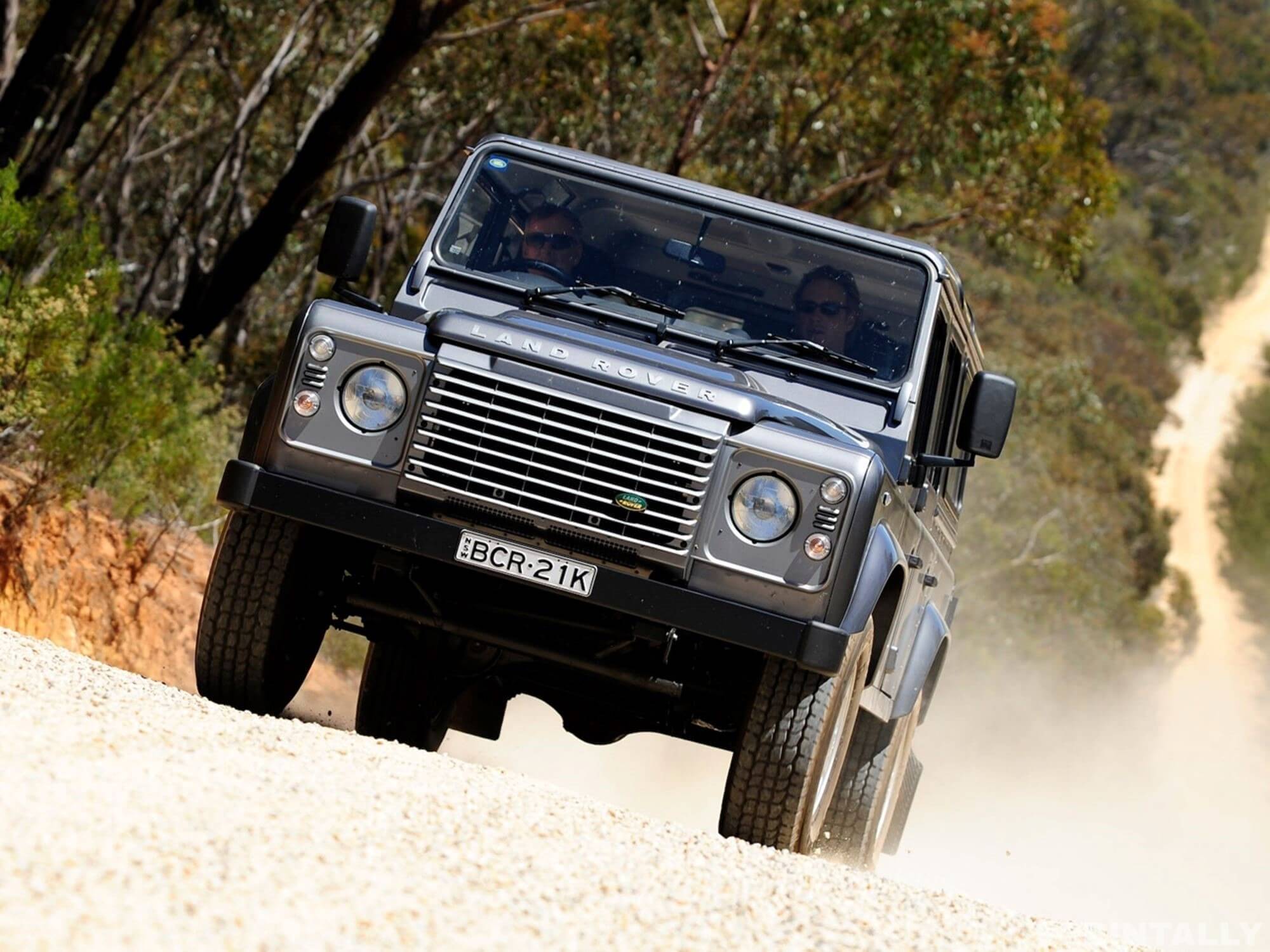 The most expensive sports cars appear on the screen.

These include the Bugatti Veyron and Ferrari Enzo. They attract the eye, although they only appear in the background. Nothing, however, attracts the looks as much as the 2009 Vision EfficientDynamics prototype. Ethan Hunt definitely set him on the streets of Mumbai.

This is the concept car announcing the i8 model.

Similar to the production car, it was a hybrid model. Its total power – as in i8, which can now be found in showrooms – is 367 hp. Only that instead of a three-cylinder petrol engine – as in the i8 – a three-cylinder diesel works in the prototype.

At first glance, you can see that the production i8 drew heavily stylistically from this prototype. Although the impressive map displayed on the whole surface of the windscreen did not go into production. Maybe in the next generation. 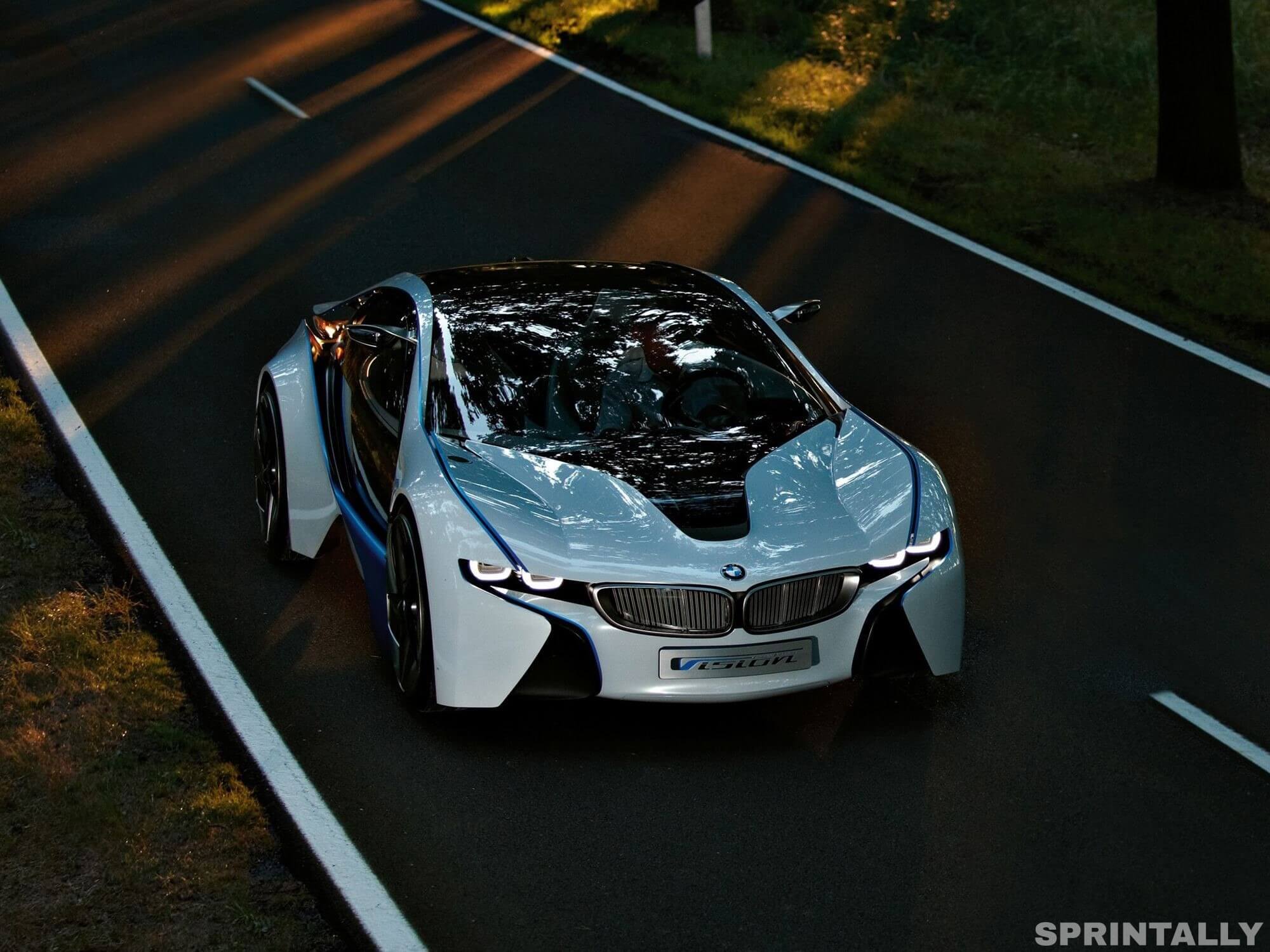 On the screen in this part, there were also such models as the latest generation of the BMW X3 and fresh BMW 1.

She went to theaters in 2015. It was a real treat for BMW fans, although for a moment on the screen you could also admire the Audi A7 Sportback.

The star of the movie – almost as big as Tom Cruise – was the BMW M3 F80. She took part in a perfectly wounded pursuit of the narrow streets of the Moroccan city. Even the fact that Ethan Hunt hit the rear bumper in the Peugeot 309 parked behind him at the very beginning of the sequence did not stop at all. M3 came down the stairs and bravely chased and escaped from the villains on motorcycles, entering spectacular slides into narrow streets. In the end it was destroyed: first, they were fired, and later they turned back several times. How to die, in a fight! Hunt, however, survived, BMW protected him and his friend. At the end of the pursuit, the life of the agents was saved. The Land Rover Defender bumper. This allowed them to ride a few more vehicles by the end of the movie.

On the screen appeared also, among others, the new BMW 7 series, or “old friend” Hunt, or BMW series 6 Cabrio.

BMW will also appear in the latest part of Hunt’s adventures.

In the fifth movie of the series Mission: Impossible, which bears the title “Fallout”, will appear, inter alia, the latest BMW M5, as well as. BMW 5 series from 1986. So there will be something for fans of new products and for fans of classics. Let them not break them too much.