What happens to your body when you eat instant noodles?

Instant noodles have wide demand among people. It is a cheap product, it prepares quickly, and is also delicious. Most people are not inclined to think this product is very harmful, in any case: “it’s just noodles.”

Contents of the Article show
1. Instant noodles are difficult to digest in the stomach.
2. Prolonged exposure to toxic additives
3. The risk of cardiovascular diseases increases.
4. High salt content in the product
5. The threat of overweight
Alternative to an unhealthy diet
Interesting facts about instant noodles

Although it may be considered not as harmful as, for example, hamburgers or french fries, it is not among the useful products.

According to the World Noodle Association, about 270 million servings are consumed daily. From the moment of its appearance, even in the distant 60s of the last century in China, it began to enjoy significant demand among the masses of people, becoming almost one of the most popular products.

Recently, however, the question of its impact on human health has become the cornerstone of the incident with an 18-year-old student who died of stomach cancer, who used to eat instant noodles every evening for a number of years.

Below are the 5 processes that occur in your body when you eat instant noodles.

1. Instant noodles are difficult to digest in the stomach. 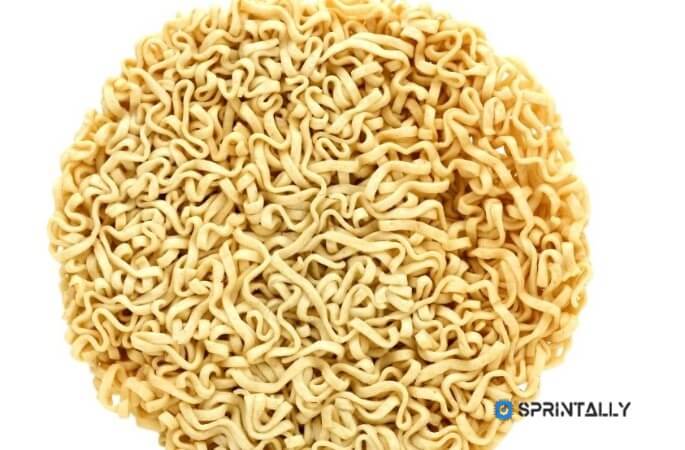 Dr. Braden Kuo from the Massachusetts Hospital used a pill-sized camera to find out what was going on inside the stomach and digestive tract after you ate instant noodles.

Thanks to the preservatives, the noodles remained undigested for more than 2 hours after consumption. This creates a load on the digestive system, which needs to work for hours to destroy this thoroughly processed food.

For example, the composition of one serving of instant noodles with chicken flavor includes:

Based on the above list, we can conclude that the instant noodles contain very small amounts or, such nutrients as protein, fiber, vitamin A, vitamin C, vitamin B12, calcium, magnesium and potassium are completely absent.

Due to the fact that instant noodles are not a “quickly digestible product”, its long delay in the body contributes to exposure to toxic additives, such as bottled hydroxyanisole and tert-butylhydroquinone, which are used in the manufacture of noodles. These additives are used as preservatives to extend the shelf life of the product.

3. The risk of cardiovascular diseases increases.

A study published in the journal Nutrition (Journal of Nutrition) found that a group of women who consumed instant noodles more than the group where it was restricted to use had a significantly greater risk of developing metabolic syndrome, regardless of the overall diet and exercise. Those who eat instant noodles more than twice a week are 68% at risk of developing metabolic syndrome. 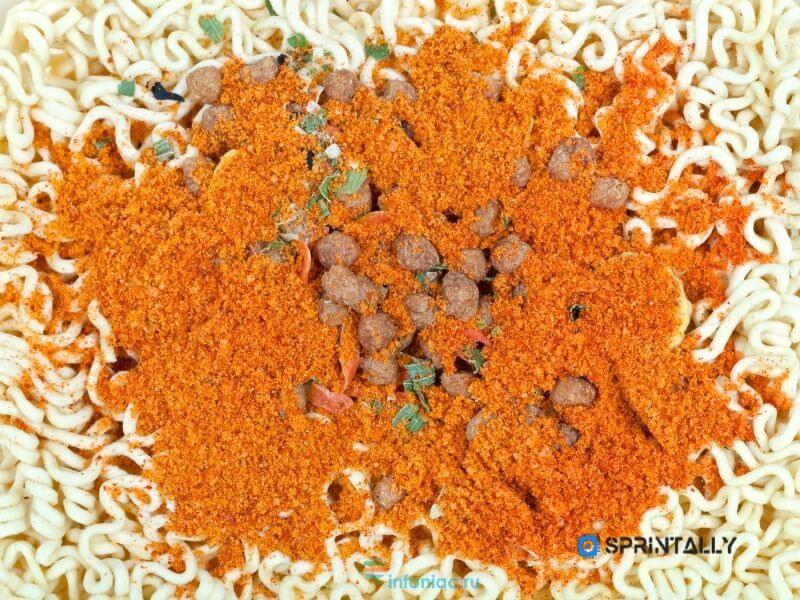 It’s no secret that instant noodles are high in salt. Scientists claim a surplus of salt in the diet is the cause of every 10 deaths.

The daily intake of salt recommended by WHO is not more than 10 grams. (7-8gr) per day.

Excess sodium in the body leads to an increase in blood pressure and, in turn, to heart disease.

5. The threat of overweight

In the manufacture of instant noodles using flour-Maidu. This flour is made from wheat, it is cleaned and bleached and there are practically no useful properties.

It should also be noted that before drying the noodles are fried in palm oil, which is also a very dubious product in terms of digestibility.

Consequently, what you eat is not more than extra calories.

Alternative to an unhealthy diet

What is an alternative to instant noodle lovers?

Thus, lovers of fast food should pay attention to what price they will still have to pay for the saved time and money. Experts say in moderation instant noodles will not cause significant damage to health, but its frequent use can cause many dysfunctions in the body.