Replenishment of the APU family from AMD

Currently, the range of hybrid processors for mobile PCs from AMD is not glorious – it is represented by only two models of the Raven Ridge family – Ryzen 7 2700U and Ryzen 5 2500U, which, of course, makes AMD uncompetitive next to such a giant as Intel. However, Informatica Cero journalists announced the completion of the line, expected in the next year.

Replenishment this will include the APU Ryzen 3 2300U (in relation to the currently released processors it will be considered the younger model) and two chips with the enhanced graphics system – Ryzen 5 2400G and Ryzen 3 2200G. And also in the online database of test results, SiSoftware Sandra noticed APU Raven Ridge for desktop systems.

AMD Ryzen 3 2300U will operate with two or four x86 cores as part of a single CPU complex module (CCX). The frequency of the cores will depend on the number of activated units: at two it will be 2.7-3 GHz (with acceleration up to 4 GHz), and with four – 1.6-1.8 GHz (up to 3 GHz). The graphics subsystem of this chip will be limited to 384 stream processors in the core of Radeon RX Vega 6. The level of heat removal corresponds to the TDP of older models – 15 W, with a possible setting within 9-25 W.

The four-core Ryzen 3 2200G chip integrates more efficient Radeon RX Vega 8 graphics with 512 stream processors, while the Ryzen 5 2400G has a graphics subsystem Radeon RX Vega 11 with 704 stream processors. Also, the APU data is characterized by a rather high heat dissipation rate of 65W with a lower adjustable limit of 35W. It is clear that the chips with the suffix G in the name are intended for mobile PCs of the upper price segment, which, in their majority, are currently operating on the “stationary” processors of this manufacturer. 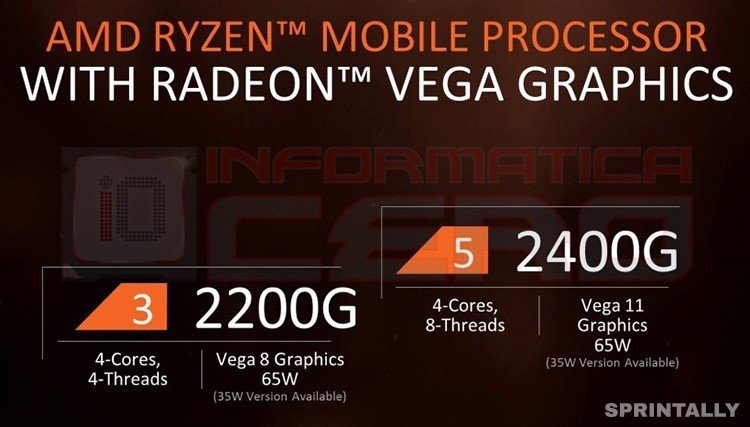 If we talk about the expected quad-core AMD Raven Ridge chip, it is interesting with the availability of 1792 stream processors and could compete with the Radeon RX570 in performance. 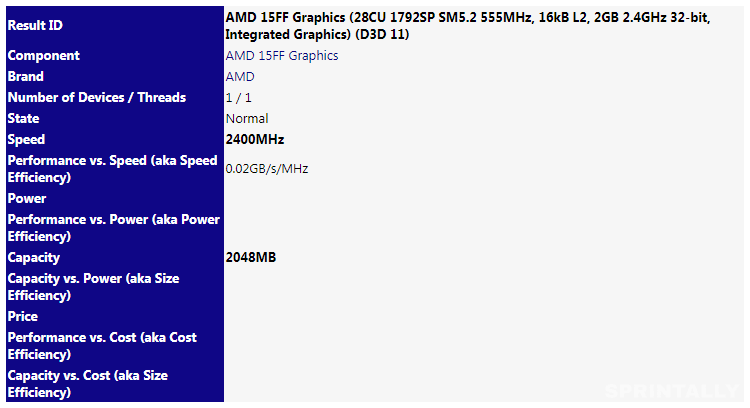 The fact that this APU operates with four x86 cores and eight data processing streams, says, to put it mildly, undemocratic cost of these processors.