How to save the ocean from plastic: in Rotterdam have...

In the World, Ocean floats a huge amount of plastic waste, which forms large islands. Leading engineers and environmentalists offer various options for eliminating this problem, but the projects currently being implemented do not allow us to talk about resolving this issue. And if the problem with the removal of plastic from the ocean is still acute, then the source of its appearance there has long been determined: these are rivers carrying tons of plastic from the continents.

How to save the ocean from plastic? 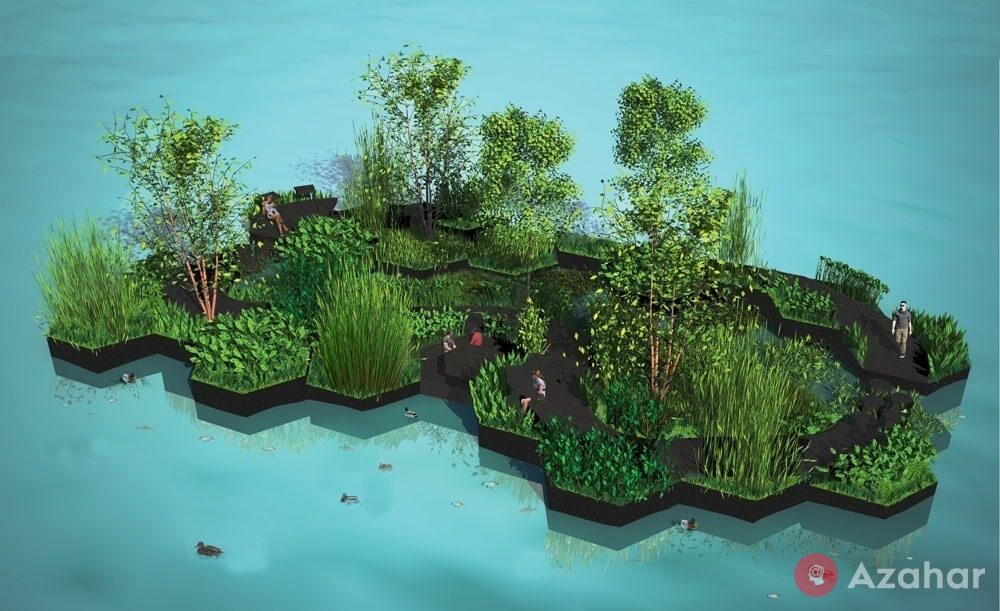 Environmentalists and activists from the city of Rotterdam decided to contribute to the clean-up of the ocean, not by developing another project, but by collecting plastic on the Nieuive-Meuse River, thus “intercepting” plastic halfway to the garbage spots in the ocean. Nieuwe Maas is one of the arms of the vast delta of the Rhine and Meuse and flows through Rotterdam. 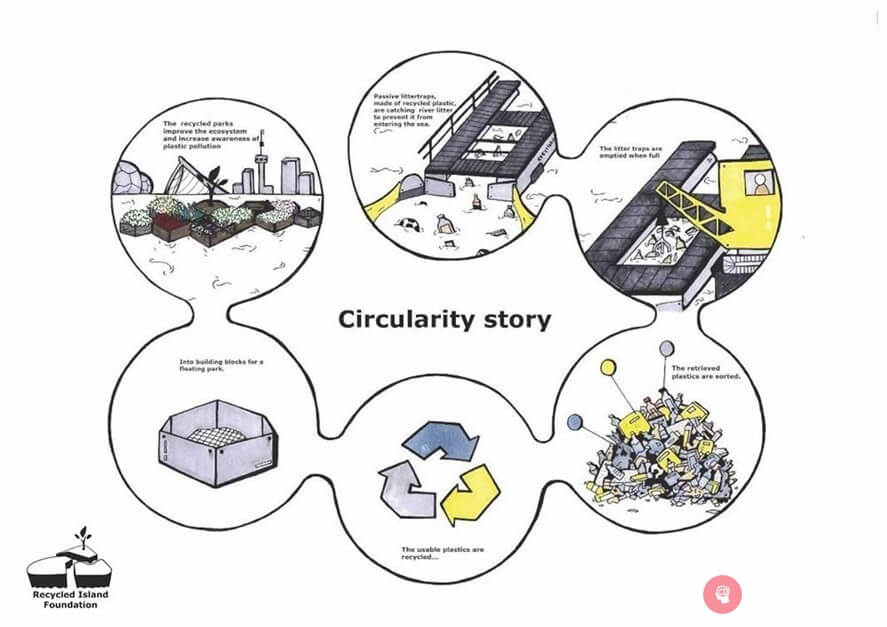 The Recycled Island Foundation set up three special traps on the river that collected plastic trash that floats downstream and ends up in the North Sea. In addition, volunteers joined the cleanup of the river and collected plastic trash on the shore. Plastic waste was sent for recycling, and containers were made from the plastic produced, which served as the basis for an unusual floating fleet. 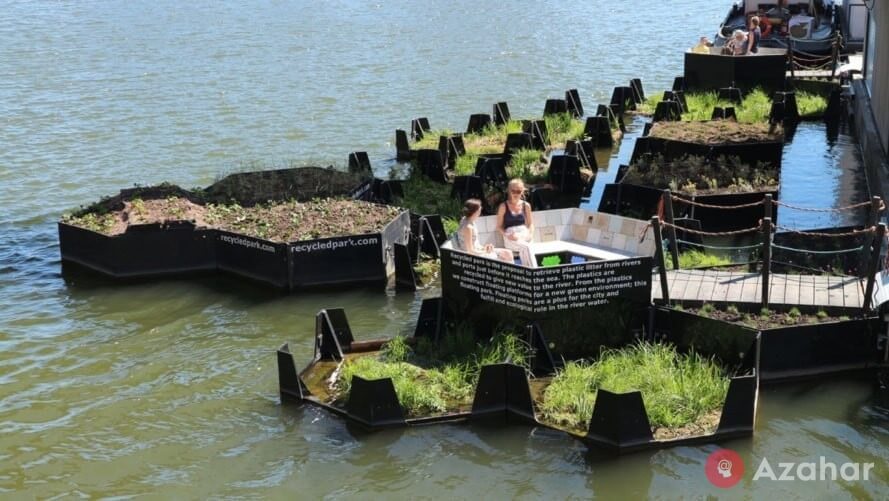 The floating Park on the Nieuwe Maas river and was opened in the summer of 2018. At the time of opening, it was composed of 28 blocks of hexagonal shape. This form was chosen specifically so that the blocks can be positioned in different combinations and, if necessary, to attach to the new.

Blocks of this unusual floating Park have different purposes. Most of them are planted with a variety of herbaceous plants and the remainder converted into cozy rest areas for citizens. Floating Park immediately became a local landmark and attracted the attention of tourists and residents. 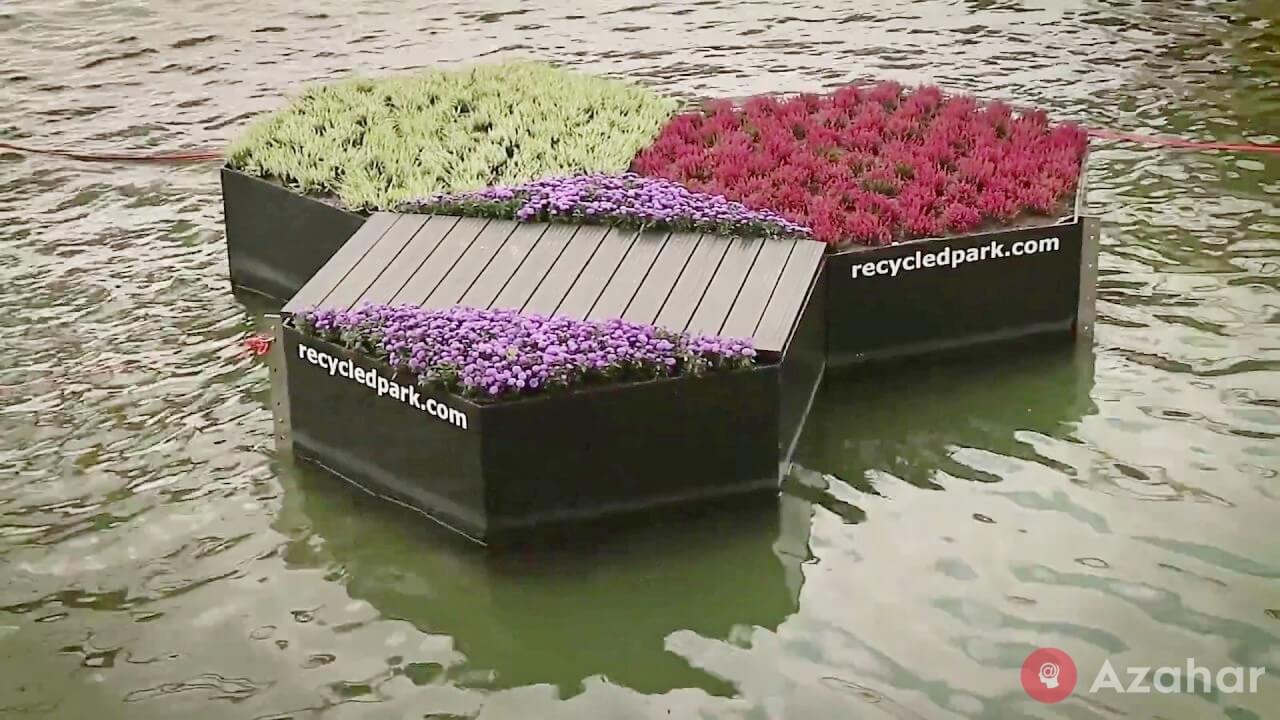 Perhaps, floating on the river plastic blocks with plants not quite as magnificent as the works of prominent landscape designers. But the main goal of this project is to draw public attention to the problem of disposal of plastic waste. This project demonstrates that to fight plastic in the oceans can and should be, only it is more expedient to do it on land, by weed out this dangerous waste from the large rivers.