Drake Strait – The most stormy place on the planet

Drake Strait – Cruise liners do not go here, and cargo ships prefer the other way if you want to go around South America from the south. Only large-tonnage vessels are decided to pass through the Drake Strait. And it’s not so much the icebergs, which are found very often, as in the incredibly strong storm winds that always blow here, regardless of the season and time of day. But why exactly the Drake Strait is one of the most storm places on the planet?

Why drake Strait is the most stormy place on the planet 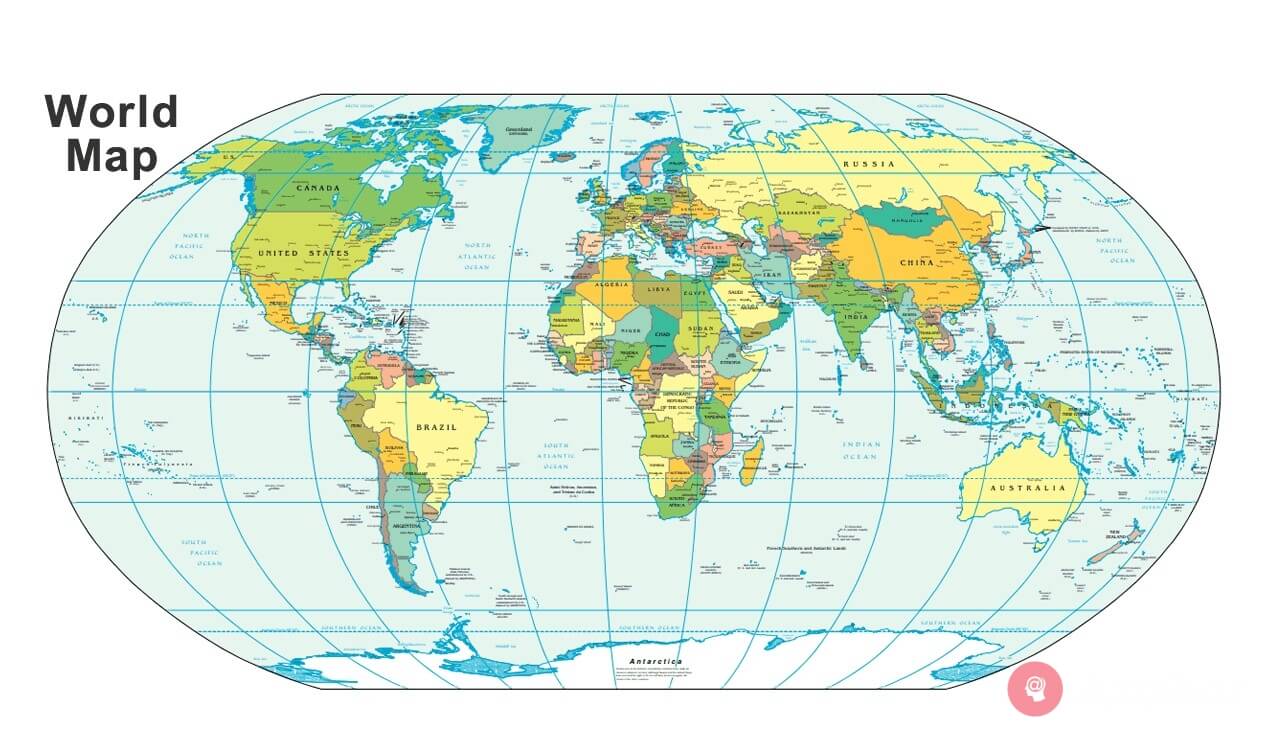 Drake Strait is located between South America and Antarctica, and to be more precise, between Tierra del Fuego and the Shetland Islands. The strait has a number of characteristics, which makes it outstanding against the background of all the other straits of our planet. 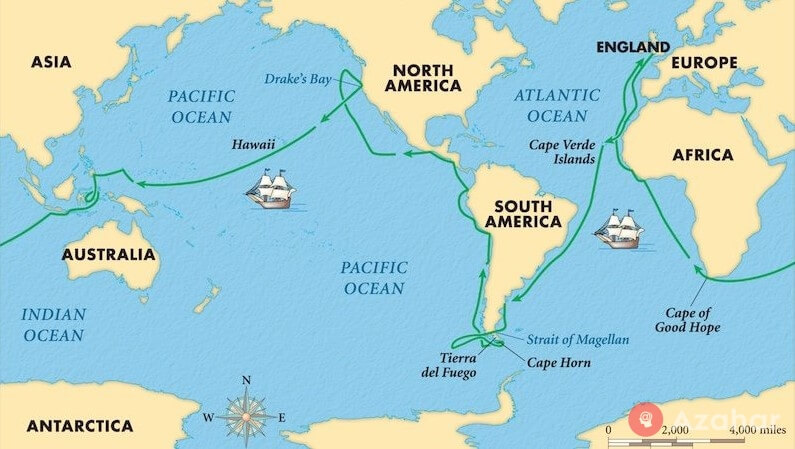 Firstly, the Drake Strait is the widest strait on a geographical map, and its width in the narrowest part is 820 kilometers. The second feature of the Drake Strait is its depth. This is the deepest strait on the planet, and when sea-going ships pass through it, there are 5 kilometers of water under them. Well, the third feature of this harsh place is the constant winds. 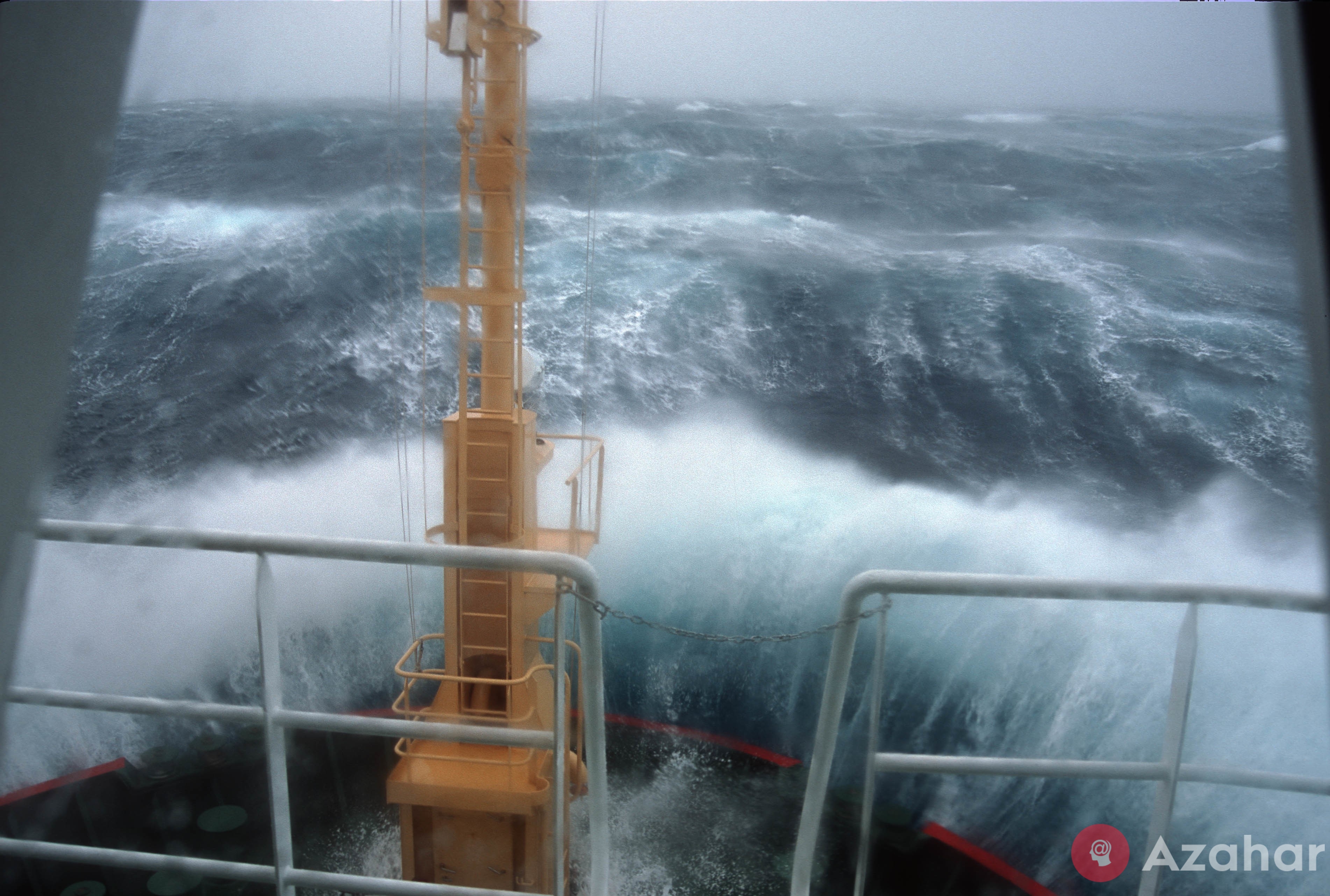 In the southern part of the globe, between 40 ° and 50 ° south latitude, there is a powerful Antarctic circumpolar ocean current or current of the Western Winds. This current, without encountering obstacles in the form of continents or large islands, develops a significant speed. Therefore, all ships that go through the Drake Strait from the Atlantic to the Pacific Ocean have to overcome the powerful resistance of the Antarctic Circumpolar Ocean Current.

But the current is not as bad as the storm winds. “Furious Fifties” – this is how sailors nicknamed the oceanic space between 50 ° and 60 ° south latitude. Here, strong westerly winds constantly blow, often reaching 25-30 m / s, that is, indicators of a 10-point storm. For this reason, sailors sailing here in the XVII-XIX centuries, and called this place “frantic fifties.” 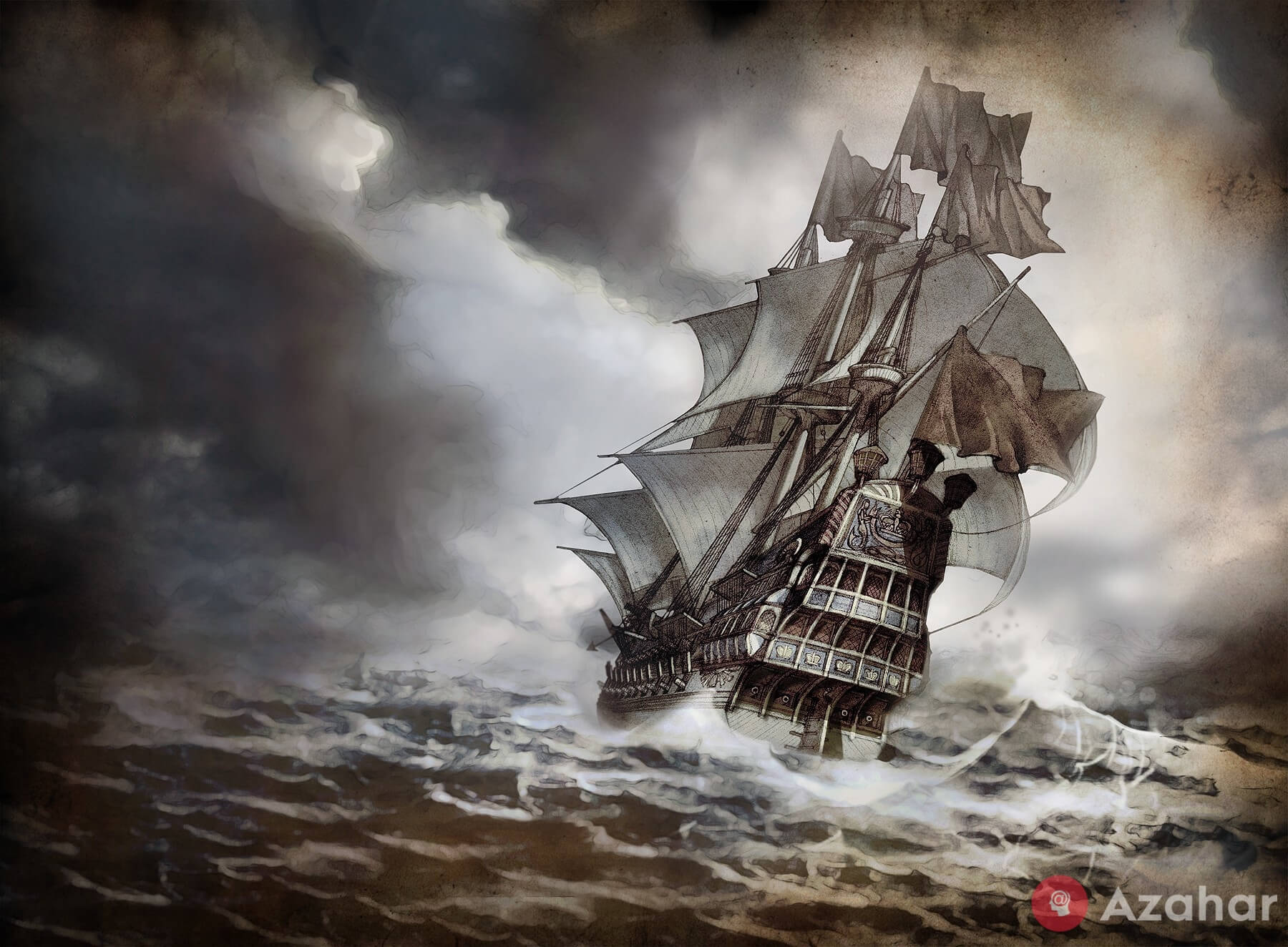 In addition to storm winds, the situation in the strait is significantly complicated by icebergs and drifting ice. The southern part of the strait from April to November (namely at this time in the southern hemisphere is winter) is covered with ice. In summer, iceberg often floats in the south of the Drake Strait, and drifting ice reaches the shores of Tierra del Fuego. 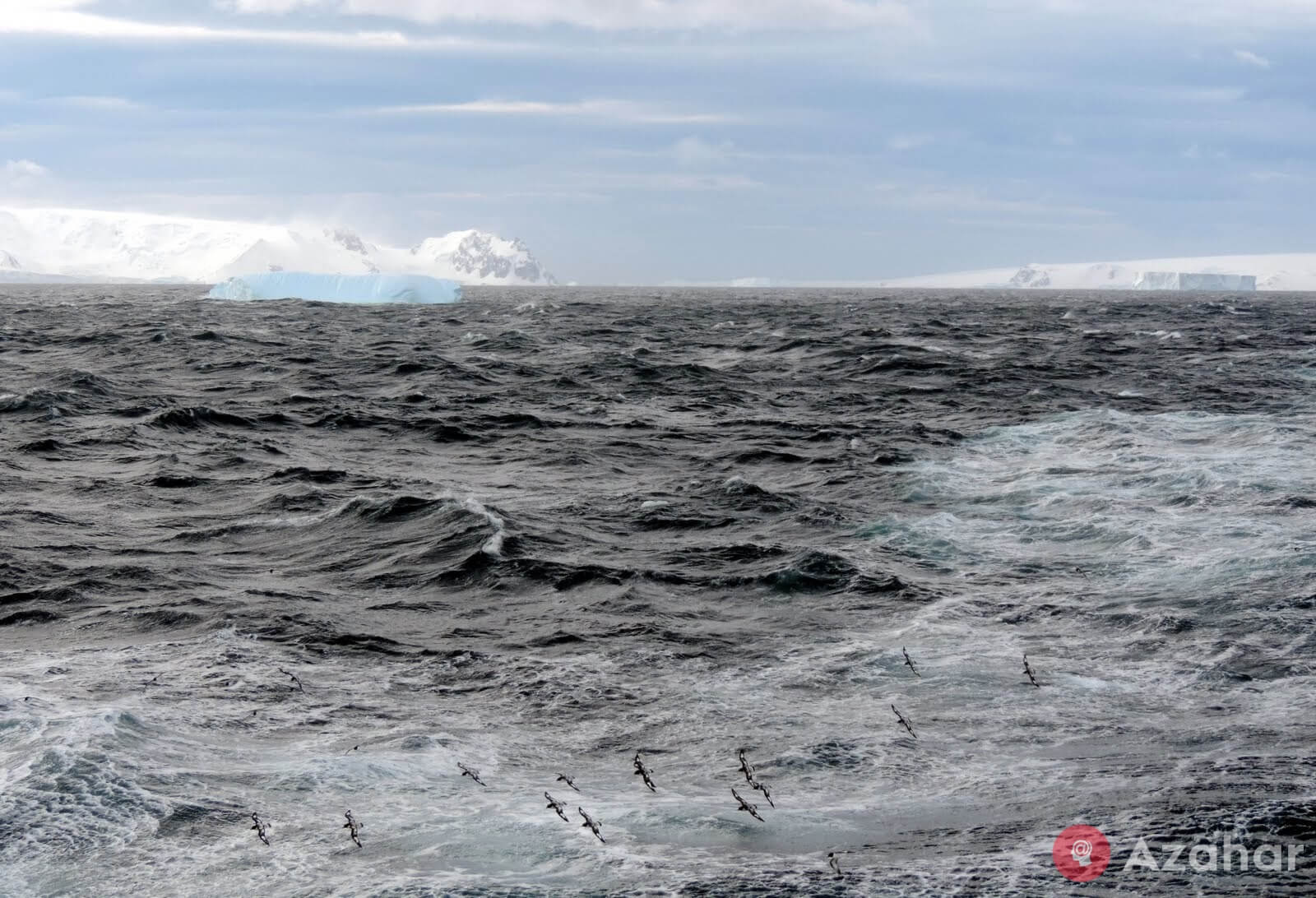 If we talk about shipping in this strait, then it is not strongly developed due to the above reasons. After the Panama Canal was built, most ships use it to get from the Atlantic to the Pacific Ocean and back. Well, if it is necessary to get to the southern part of South America, rounding it from the south, then they use a much more calm and safe Strait of Magellan. Numerous cruise liners following the circumnavigation routes pass along it. 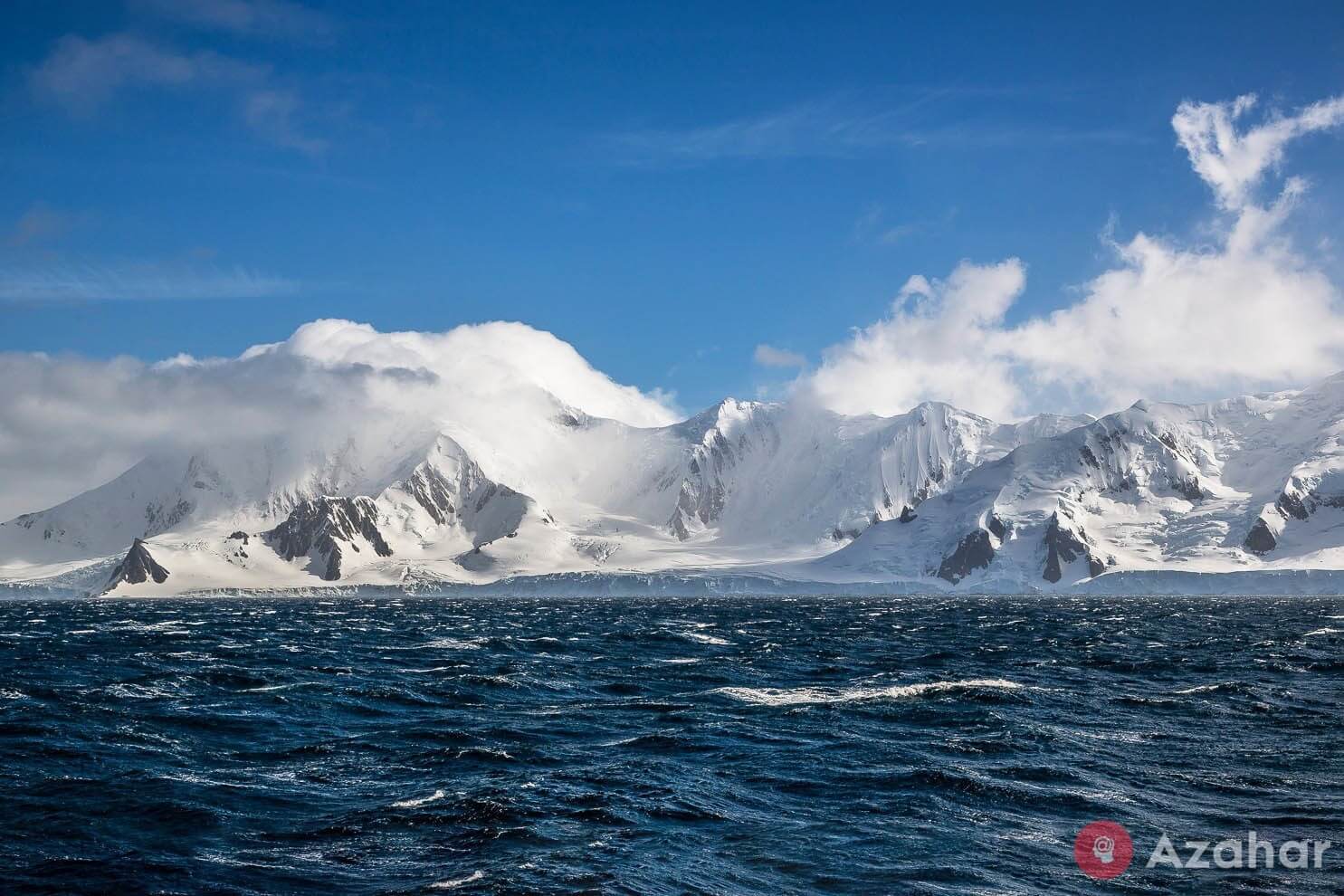 Well, on the Drake Strait go large cargo ships, container ships, and oil tankers, as well as heavy warships. And this is how the passage through the Drake Strait in stormy weather looks like.