Fashion for dogs – what you need to know about...

The life of the royal corgi is one of the favorite pop cultural stories associated with dogs, from the recent March 21, dedicated to them. Corgi lived (the last of them, Willow, died in April 2018) royally – they had their room in Buckingham Palace, bowls of silver and cookies, which Elizabeth II personally laid out on the socks before Christmas. However, all this can hardly be compared with the style of life that is now far from being chosen in the palaces by selected dogs surrounded by the master hypertext. 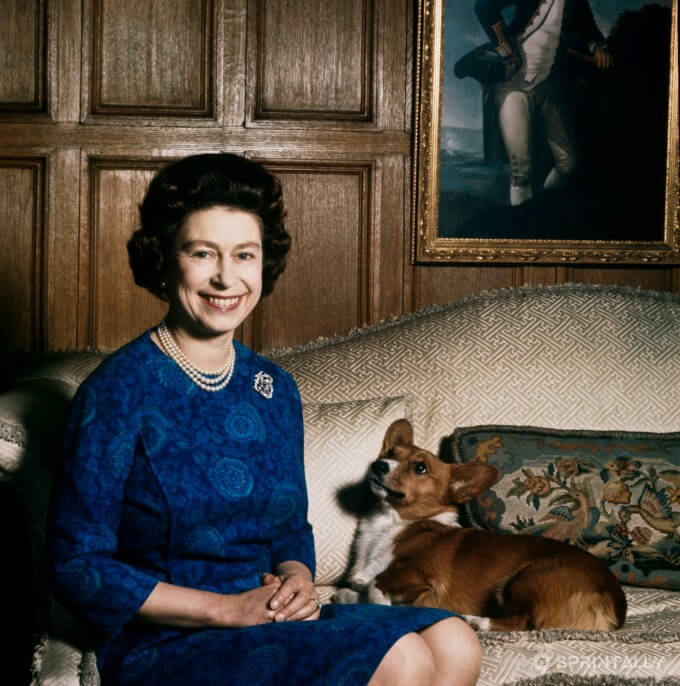 On the first call for dogs, they come to Rolls-Royce and Ferrari to take them to dog hotels where they can spend time while the owner is not in the city – for aromatherapy, massage, and a glass of dog wine (yes, it exists). Special bureaus express willingness to organize the best birthday party for puppies. Furniture brands are happy to choose the color of the bed for the dog under your wallpaper and the brand of dishes – customize bowls, engraving your pet’s initials on them. From the photos of everyday dogs, they collect albums and home-table decorations, and they devote whole Instagram accounts. Owners who are confused by the popularity of their pets on social networks and the number of promotional offers are provided by agencies for inflating dogs. 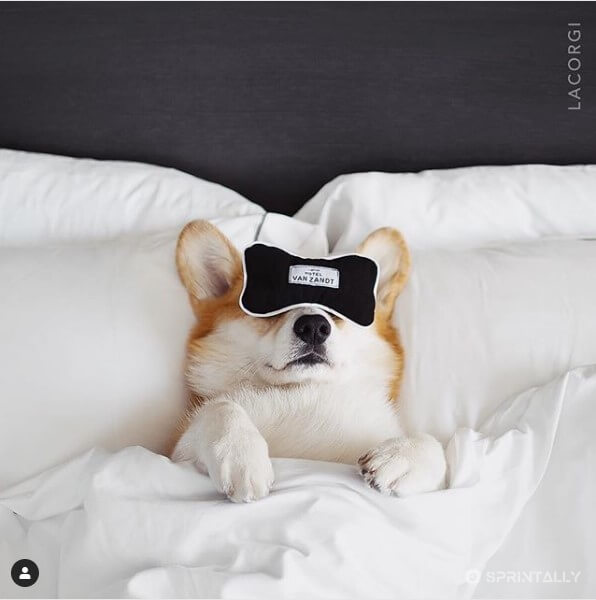 In short, the dogs now have fewer opportunities to live beautifully and have fun (and share their lifestyle styles and make money on it) than their owners. A beautiful life could not do without beautiful clothes – hundreds of brands are already explicitly sewn for dogs, and regular participants of the four prominent fashion weeks (New York, London, Milan, Paris) launch dog coats and leather accessories lines. 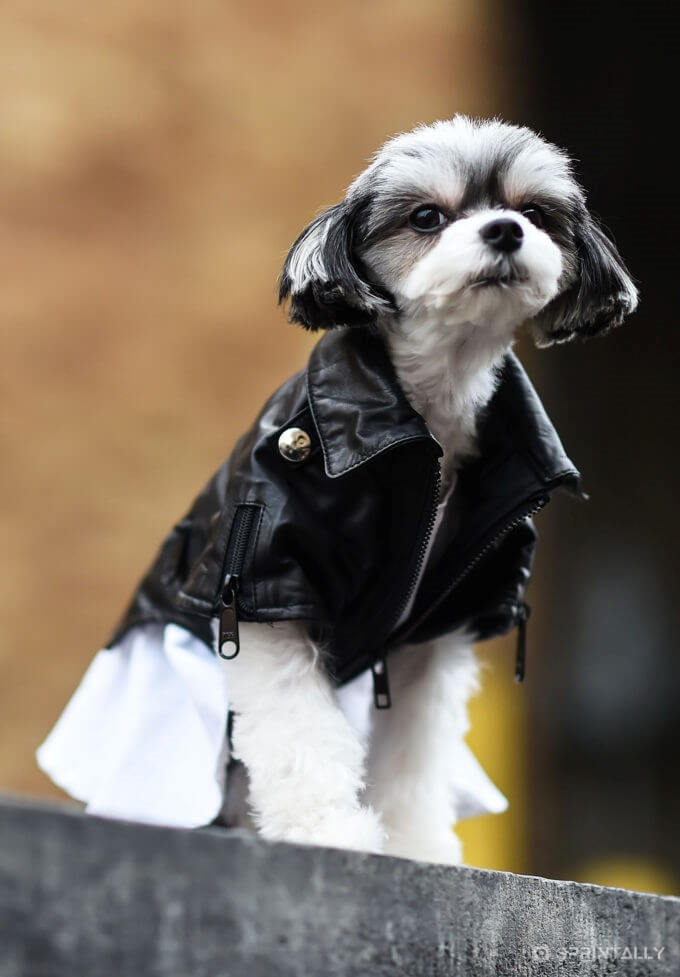 Burberry fans are still looking for eBay trench coats for their pets from the Dog Collection line, which closed in 2009. On the reseller sites, they find Bottega Veneta checkered collars with traditional intreccio weaving (sold out on the Italian brand website). For those who agree to buy accessories for a dog only in official boutiques and online stores of premium brands, on Tiffany & Co. showcases. The collars of amazingly blue color for $ 286 are laid out in Louis Vuitton – with branded monograms. 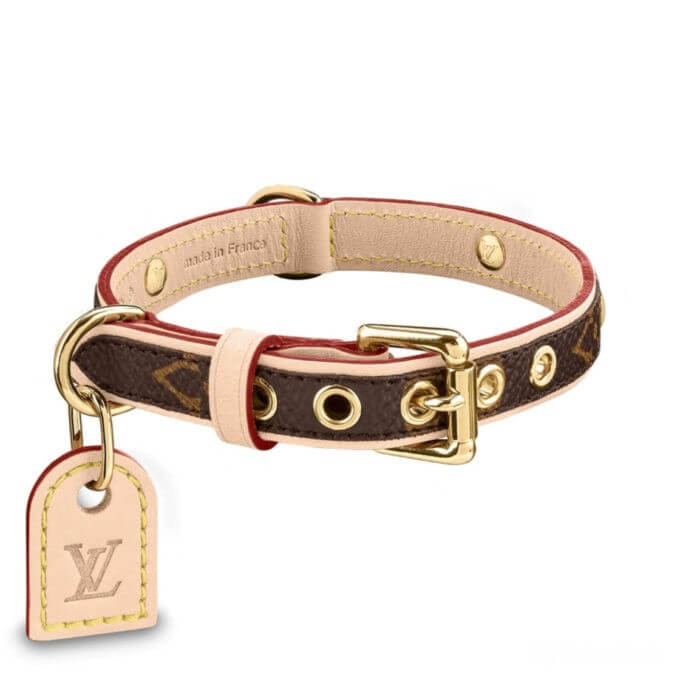 You can pick up a collar, leash, and a cute down jacket in Moncler. The Italian brand, in February 2018, radically changed its development strategy, abandoning two podium lines and launching eight new ones instead as part of the Moncler Genius project (different designers independently occupy each line). Financial indicators, published based on sales results after changes in strategy, confirmed that this was a justified step. To support these indicators in the future, among other things, the line of clothes for dogs, Moncler x Poldo Dog Couture, launched a little later, is called upon. The second part of composite naming is the name of a Milan-based clothing brand for four-legged friends whom Moncler attracted to cooperation. “We launched Poldo three years ago when I realized that a brand for dogs in the luxury segment does not exist. We wanted high fashion. And now we are working with Moncler. And you know what? Photo of a dog in our jacket in Moncler Instagram is one of the most popular,” founder of the brand Maurizio Azzimonte shared with Vogue U.S. in February 2019. 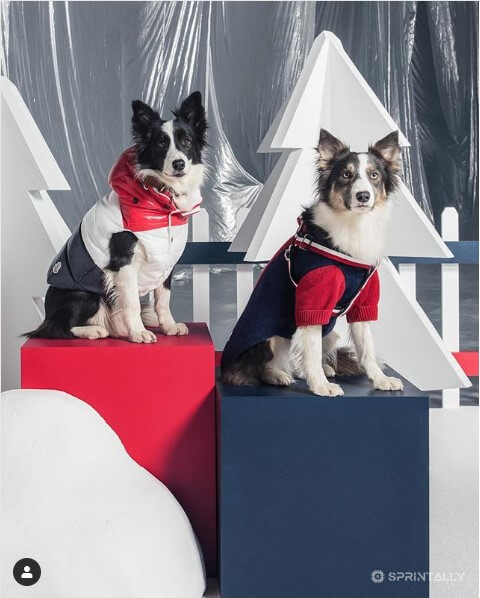 Another historical brand specializing in dog clothes, but not limited to it, is Barbour. The brand even started a separate @barbourdogs Instagram – new pictures of labradors and dachshunds in quilted blankets on a lining with tartan colors are being watched by about 50 thousand people. 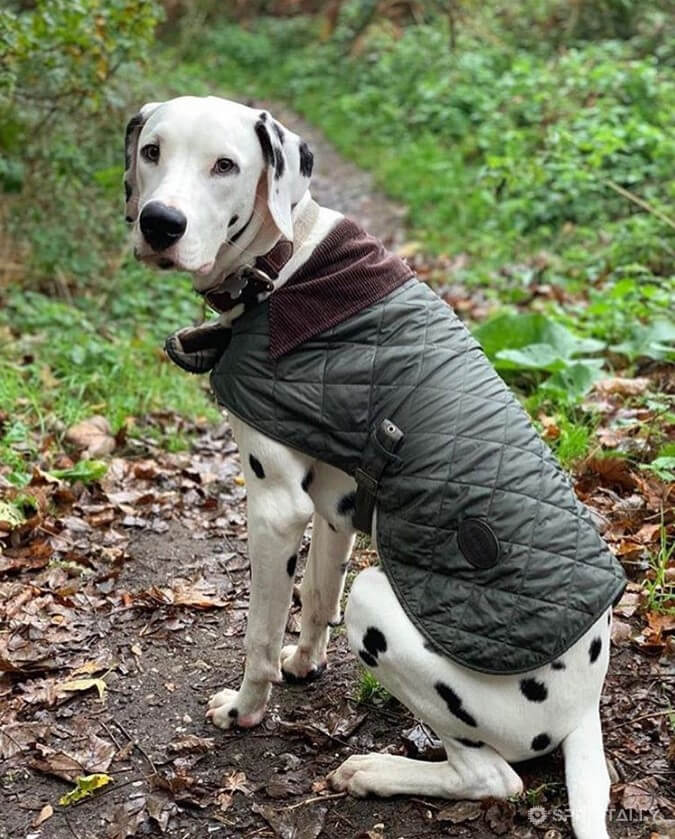 The casual wardrobe of your pet can be replenished with classic multicolored Ralph Lauren Pet polos. For those who can get confused at the thought of what kind of collar to wear under the collar of a shirt, the Town & Country Edition has made up a complete guide to preppy-style dog accessories. 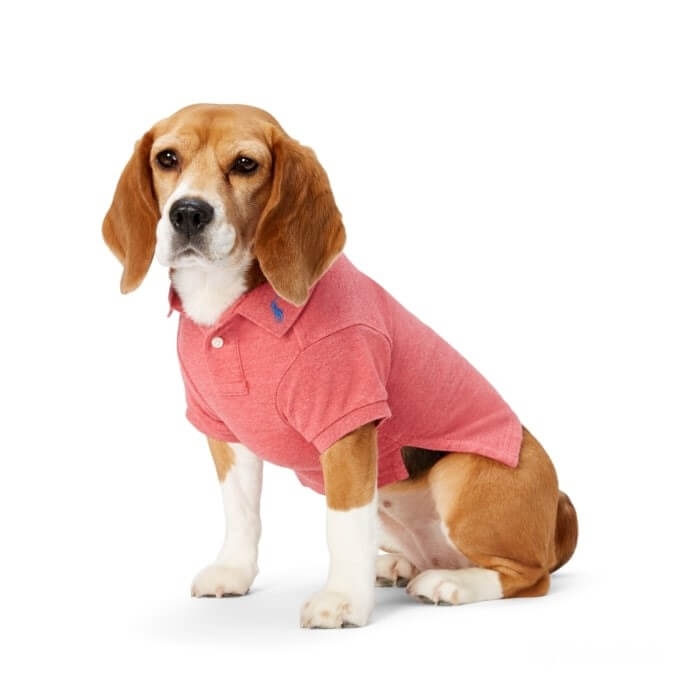 According to statistics from the American Pet Products Association, the market for pet products, which includes clothing, is overgrowing. This is also evidenced by the unprecedented variety of styles now offered for dogs and in the mass market (for example, the line for dogs H & M) in the premium segment. Your pet is not close if you are a wealthy American who spends all his free time on a tennis court. As an alternative to the Ralph Lauren polo, you can consider Hoodie authorship Heron Preston. The founder of the street clothing brand of the same name made a whole collection for the Very Important Puppies brand. Collaboration items can be bought on their website and at the Saks Fifth Avenue department store. But V.I.P. I want more – namely, a private boutique in New York. “We want to seize the moment. Now is a perfect time for the dog clothing industry,” one of the brand’s founders, Sabrina Albarello, commented on the situation for the Fashionista. 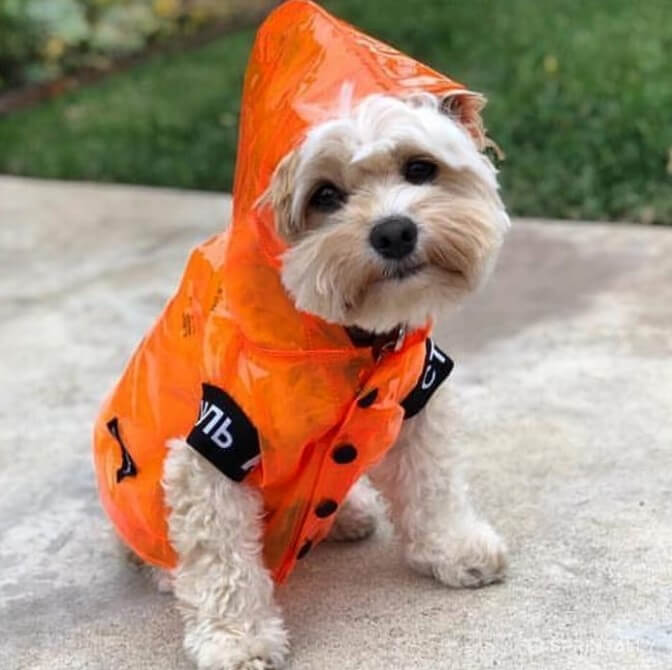 The prospects of this segment of the fashion industry were estimated in time by the designer Giovanna Temellini, who worked for over 25 years at Bottega Veneta and Armani, but switched from women’s wear to dog clothes. About two years ago, she launched her brand Temellini, whose motto is: “Our world is full of kisses, wagging tails, wet noses, and love.” All things for dogs, Temellini sews with great tenderness and Italian thoroughness. Parks, trench coats, and cashmere jumpers are all made-to-measure; the sizes of items from seasonal collections are customized specifically for your pet. Temellini also has women’s and men’s clothing. Instead, it was created solely for color coordination – so that the owner matches the look of his pet during a walk, and together they make the perfect visual image. 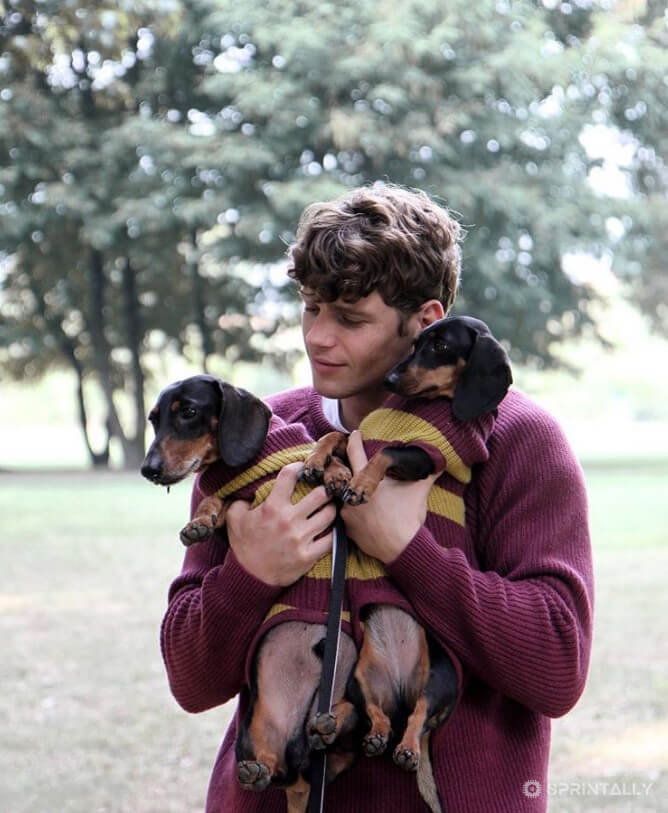 Made-to-measure is not the most expensive option available for dogs. There is a variant of individual tailoring – for example, the French bulldog Izzy uses it. Her portrait was a lead-in picture of Vogue U.S. material about PetCon, a conference dedicated to animal influencers from Instagram. Izzy came to him in a pink feather dress based on a Valentino outfit, in which Lady Gaga posed for photographers at the premiere of the film “The Star was Born” at the Venice Film Festival. He worked on the outfit for Izzy, her designer, in the past – an employee of the studio Dior. 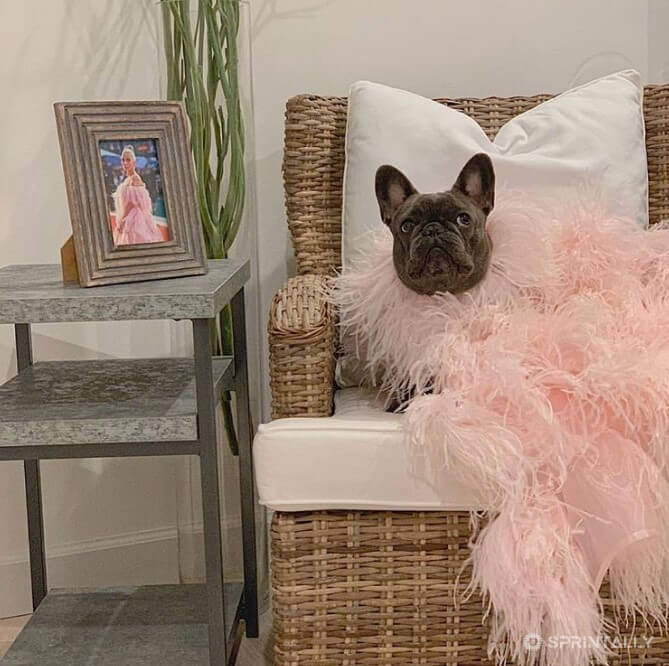 Izzy on Instagram (130 thousand subscribers) calls Lady Gaga her icon, and in general, her wardrobe has many extravagant outfits with plumes, sequins, embroideries, ruffles, and ruffles. But on weekdays, as with all normal dogs consisting of walks and games, the hostess puts Izzy on things simpler – Hoodie House of Barkley and Pawmain overalls (a brand that changes syllables in brand names, so the Balenciaga logo becomes Pawlenciaga). 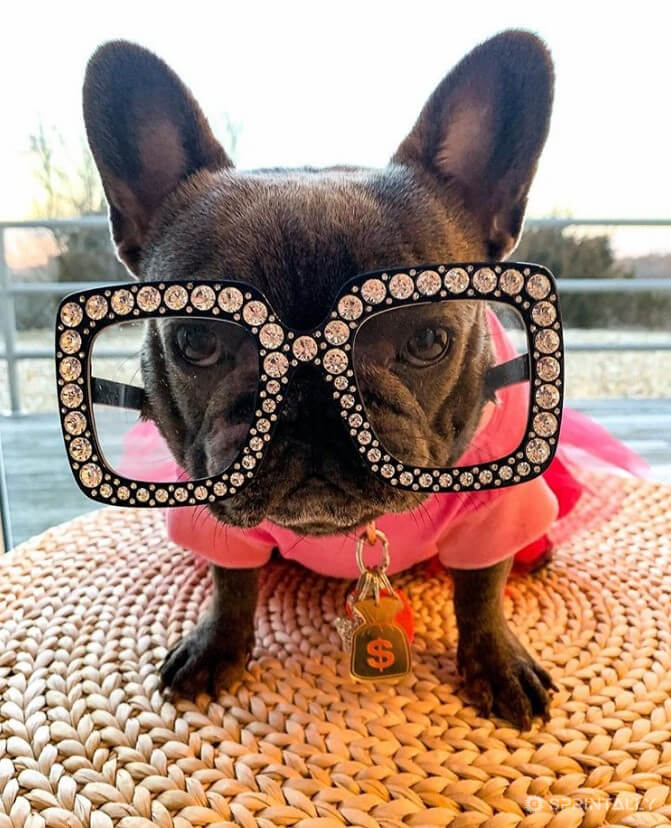 Regarding the brightness of the Instagram clothes, Izzy can be compared with the Yorkshire Terrier Lola (29 thousand subscribers), about which glossy publications are written as the main street star among dogs every season. Loulé is also often sewn to order, based on items from Chanel’s Métiers d’Art and Saint Laurent collections. She travels in a Givenchy bag with her mistress Caron Slimak around the world – between Fashion Weeks. 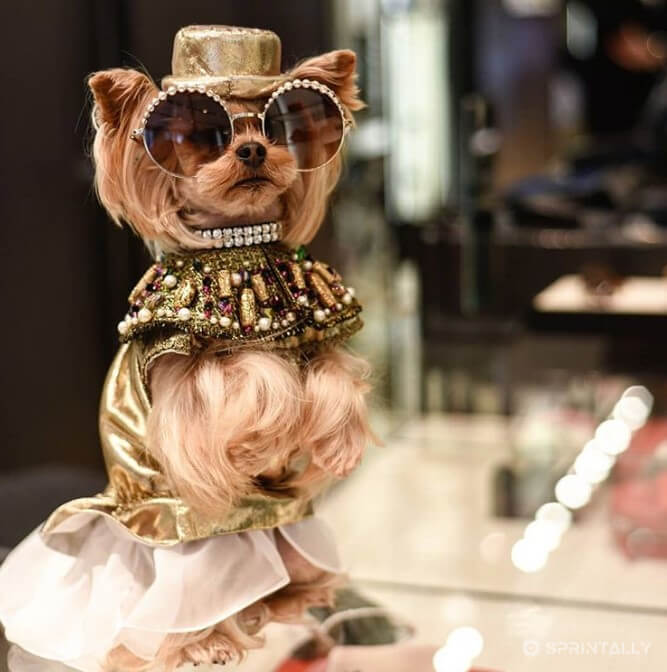 Fashion weeks specifically for dogs have not yet been established, but some dog fashion shows are held regularly. The most famous – New York Pet Fashion Show – anticipates the main plays of the Fashion Week in New York, but it has an indirect relation to fashion. This is a charity event, more reminiscent of a masquerade than a fashion show; on the catwalk, go dressed following the theme of the evening dogs rescued from shelters and their owners. Tickets for the show are paid, and the funds go to solving the problems of stray animals. 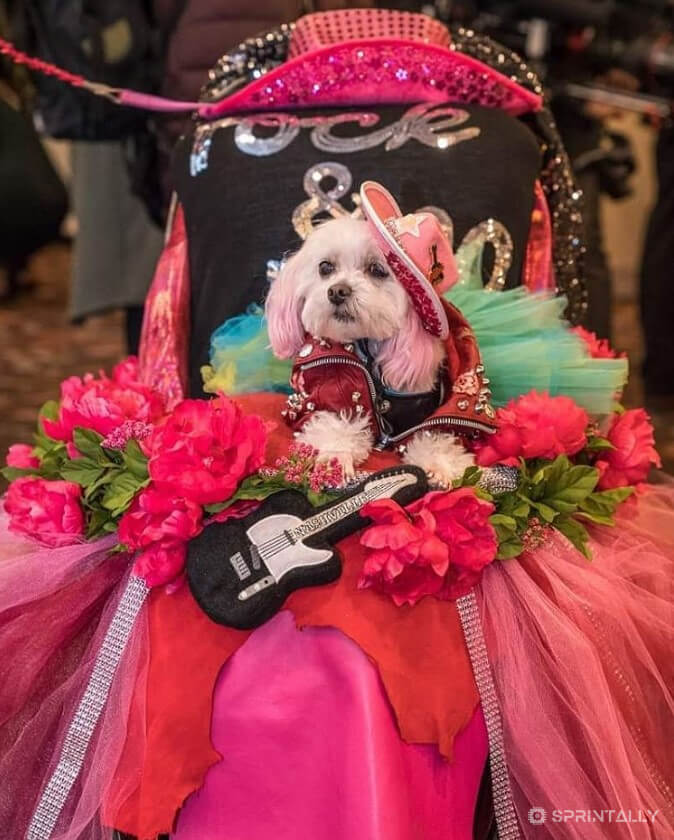 Anthony Rubio Designs – is one of those few brands with clothes for dogs that organize shows every season. The Guardian journalist Mona Chalabi visited one of the shows and remained at a loss. “Over these dogs committed violence. It seemed to me that only I was worried about everything happening. The rest walked and broke into smiles. All smiled – Chalabi voiced in her review of the collection that is not the most popular opinion. – Dogs have no ego. They have no burden of self-image. And that’s why they don’t need clothes.” In general, Chalabi opposes outfits for dogs and even more so for shows for them (“They have no sense of shame, let their genitals hang freely!”) 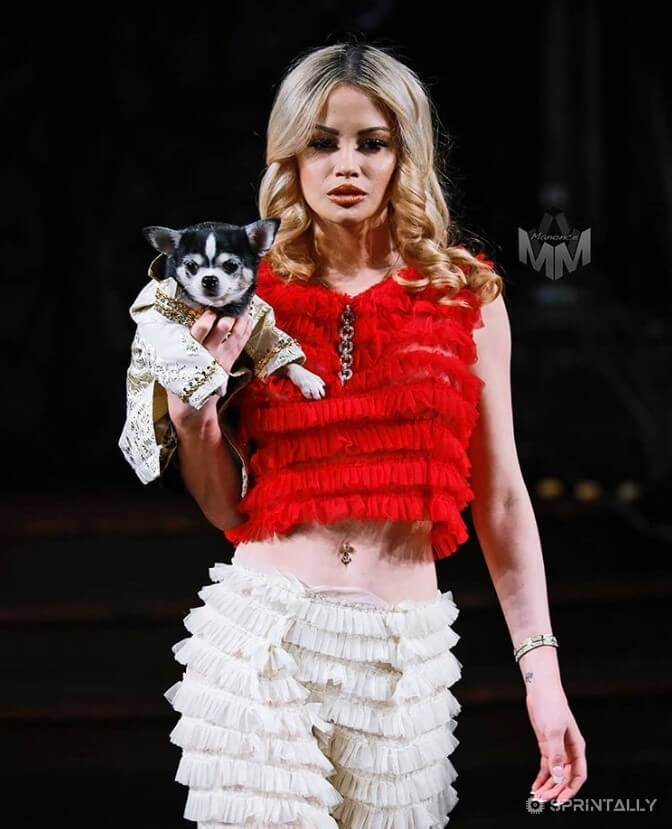 The decision to dress up your pet or not and what – no matter how dogs are personified – naturally remains for the owner, who is responsible for his four-legged friend and must take into account his characteristics. Judging by the results of the totality of research, attempts to dress up your dog, for the most part, can still be dictated only by good intentions and, most likely, are a way to express your tenderness. 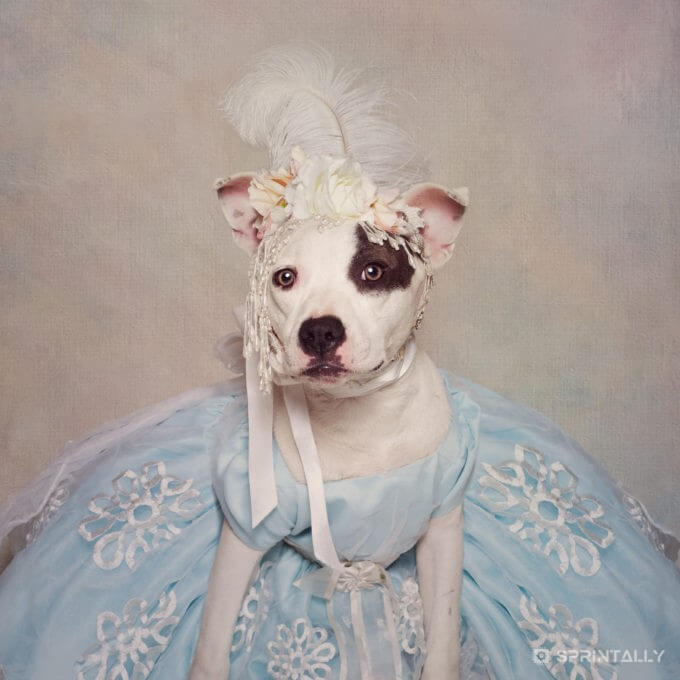 The first study (cited by Fashionista in its recent article on dog fashion) was conducted by Cassandra, a trend prediction agency. According to their data, most clothes for dogs are bought by millennials. At the same time, 50 percent of the surveyed representatives of this age group confirmed that some of their friends treat their animals as children. 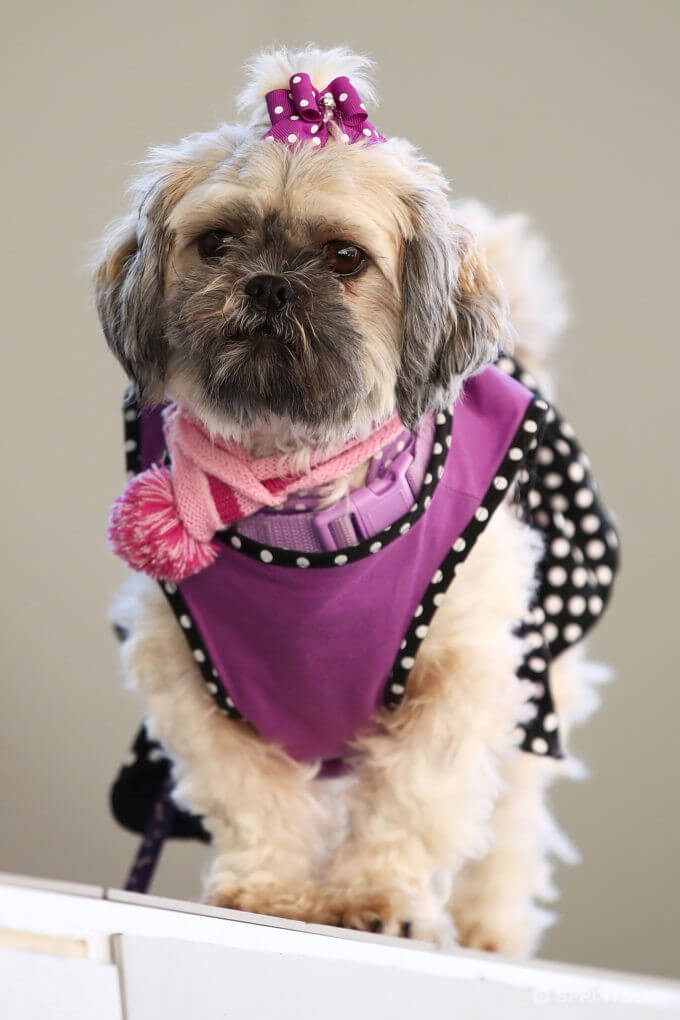 The New York Times conducted its investigation and came to the same. They talked with several millennials – it turned out that many get animals and spend insane amounts on them because these amounts are still less insane than those they would have to pay on children (many cannot afford to keep them at that level which they would like, and therefore refuse to give birth). 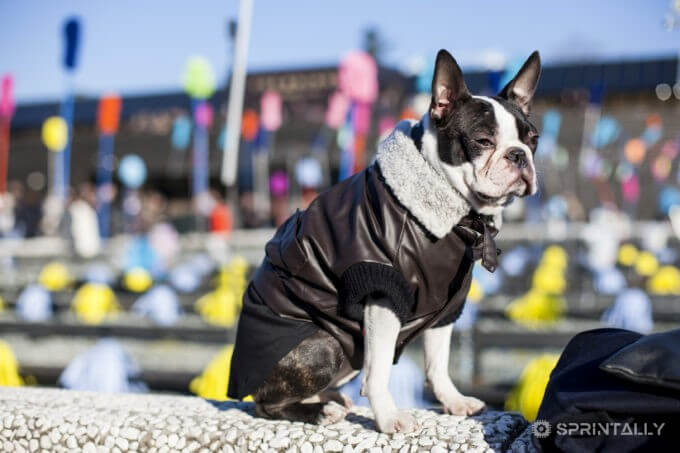 Finally, Chalabi’s version of the human ego, which the animal owner broadcasts not only through his appearance, but also his pet’s image, calls into question the data collected by the global measuring company Nielsen. They compared how much pet owners spent on food for them in 2007 and 2017. It turned out that this figure had grown by 36 percent, which may indicate that the owners as a whole began to more often and more express their affection for dogs and cats, choosing for them goods of the best quality – and speech not only about expensive clothes (but also about it including). 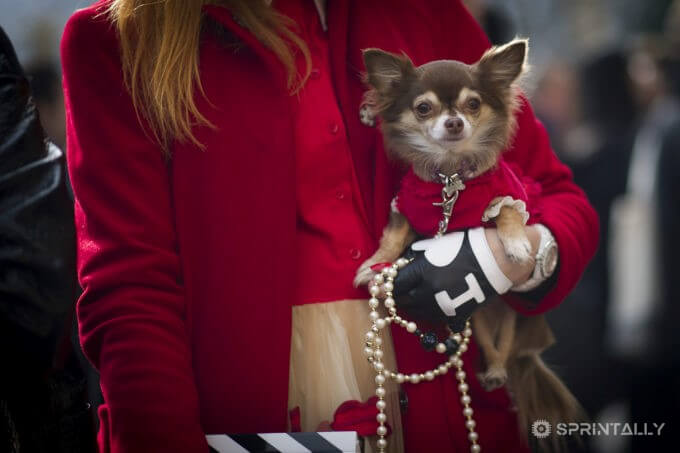