The most impressive car factories in the world

You will not believe it, but car factories can surprise no less than the most recent concept cars from the best industries. A modern car factory is an incredible area, logistics, cutting-edge technology and constant quality control of cars produced. So who today in the top of the world car industry? 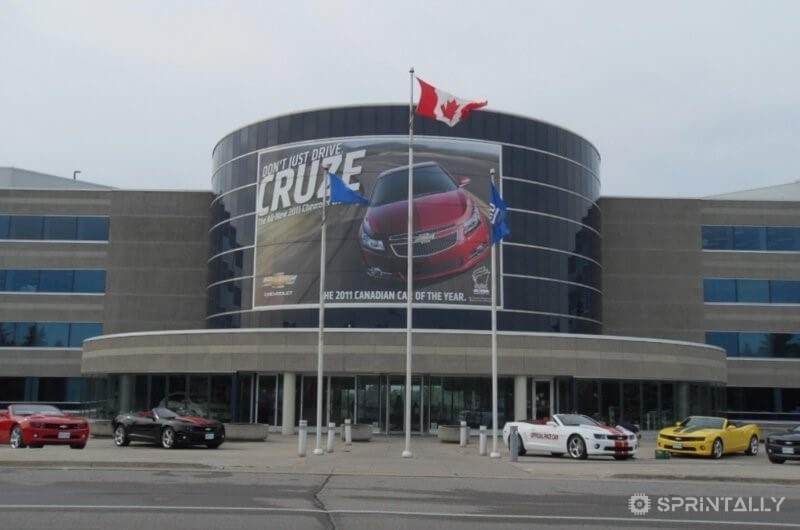 This plant was opened in 1906. About their work as one of the most technologically advanced enterprises GM repeatedly filmed documentaries. Incredible tourists ‘ interest in the factory provoked the movie “Transformers“, released in 2007, as it was in Oshawa began to produce returning to the market model, the Chevrolet Camaro (5th generation). 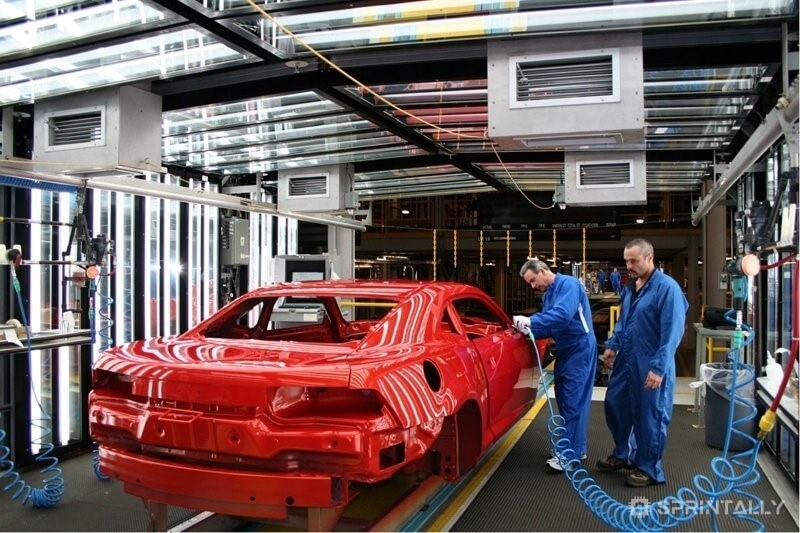 The special form here is provided only for workers of the paint shop. For the rest, the form is not required. Workers dress as they like. 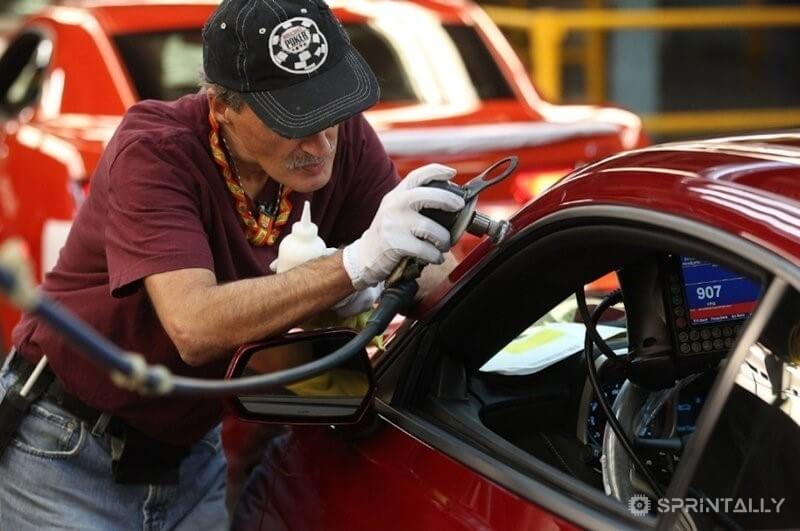 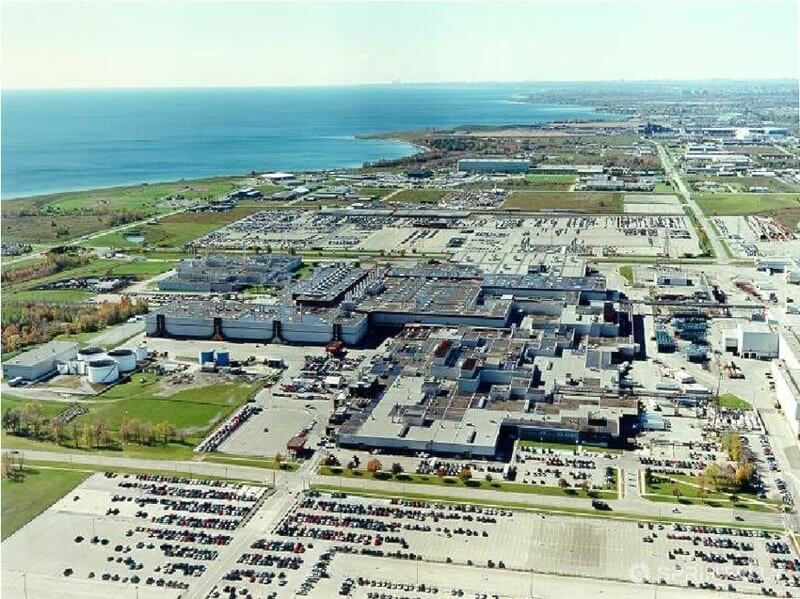 This is one of three operating plants of the brand Haval (the premium division of Great Wall) in China. The fourth company is currently being built, it will be located in Chongqing.

The total area of the plant in Suesue is 13 sq km, and its production capacity is 500,000 vehicles per year. 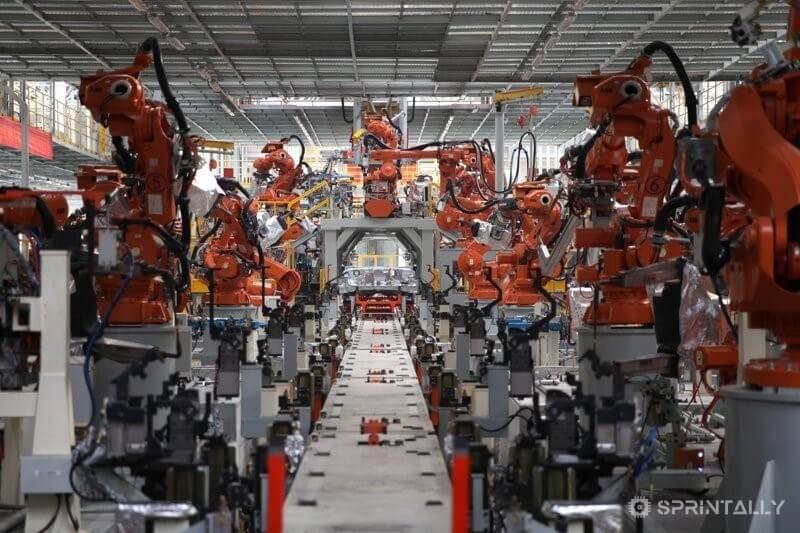 Why do so many in the world look up to them? This plant is characterized by the highest level of automation and state of the art equipment: for example, in the welding shop is equipped with 526 robots, and online testing used equipment, allowing to monitor the compliance of all equipment with international standards. 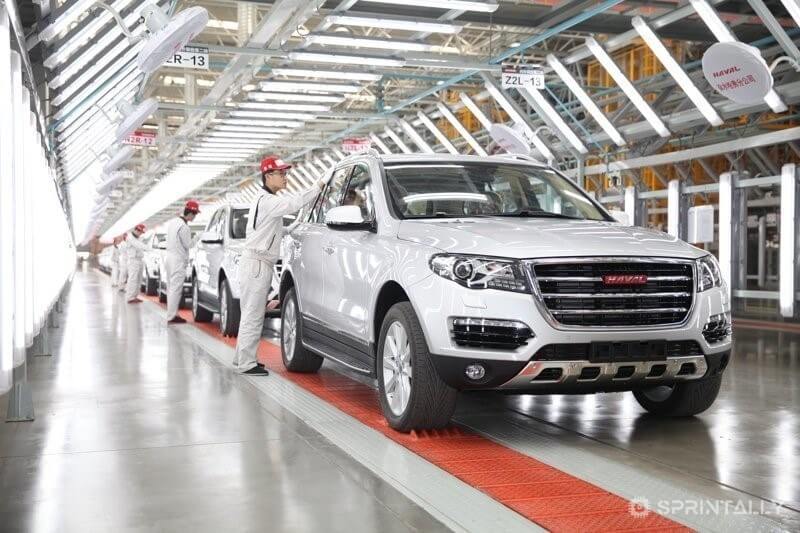 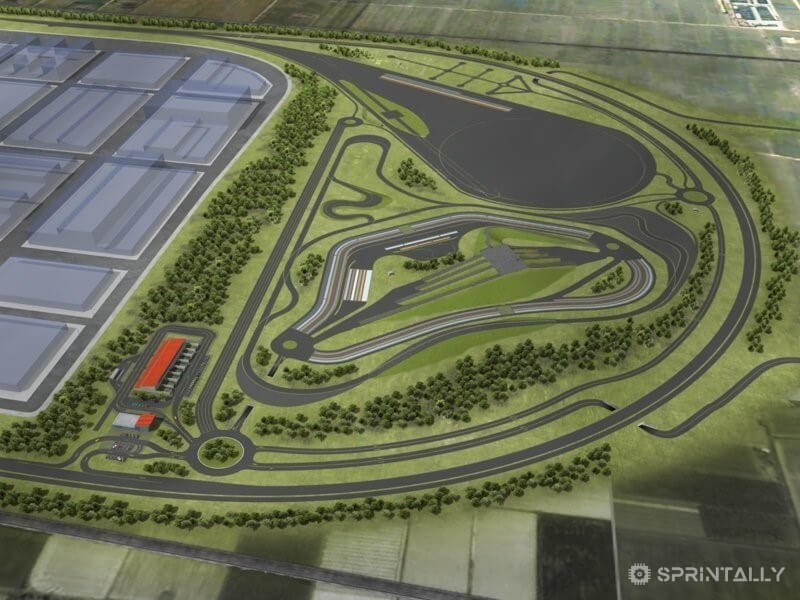 Before you layout a high-speed polygon plant in Suesue. Here are the tests all coming off  Assembly line cars. The total track length is 2.4 km, maximum speed — 240 km/h. in addition, during the test simulates 10 different types of surface. 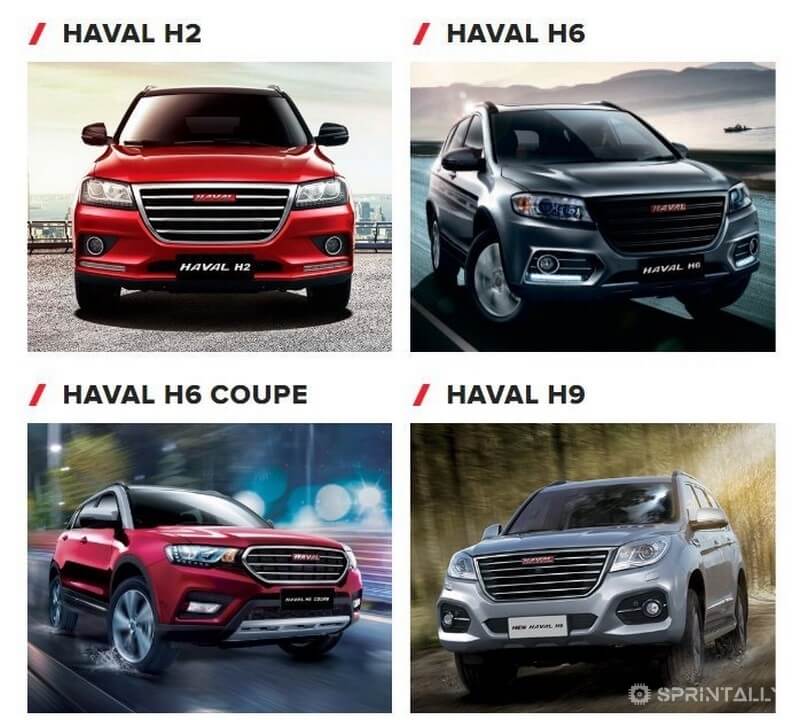 The company’s management plans to produce at the new plant up to 150 thousand cars a year.

The BMW plant in Munich (Germany) 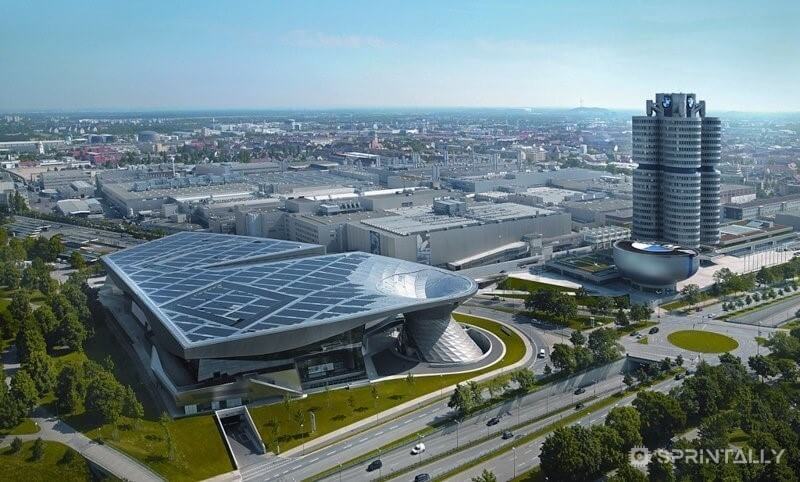 This plant is the parent company BMW group. It is located in the North of Munich, next to the headquarters of the BMW group, the BMW-Museum and shopping and entertainment center in the World of BMW. Unique is the fact that it employs around 9,000 people from more than 50 countries of the world.

The production capacity of this giant of the plant allows producing more than 900 cars and up to 1,400 engines a day!

The BMW plant in Munich is the Mecca for motorists. People book tours here for 6 months to see the Assembly process of the legendary cars from the beginning to the end.

The Volkswagen plant in Wolfsburg (Germany) 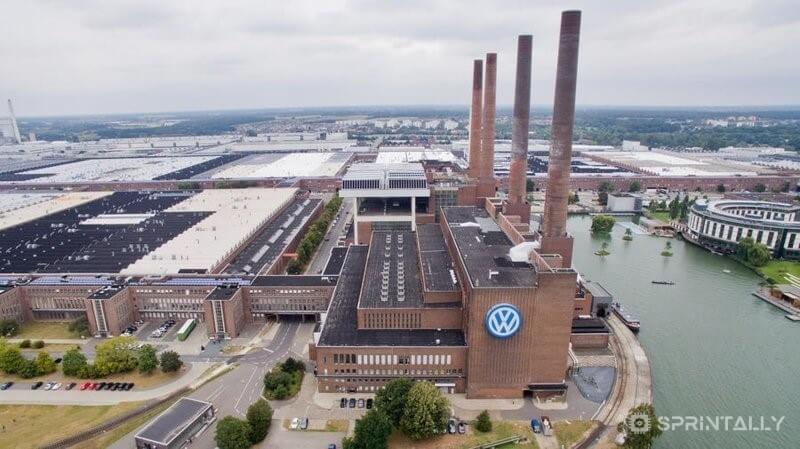 It is the largest automobile plant in the world, occupying an area of 6500000 square meters. This impressive plant is so huge that employees are permitted to ride bicycles to move around him. Another interesting fact about this plant is that the workers can work simultaneously on the Assembly of five vehicles without any loss of efficiency or quality of work. 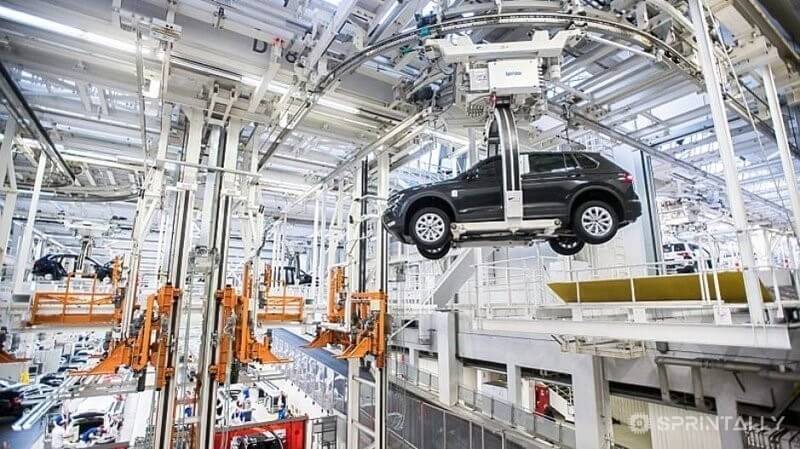 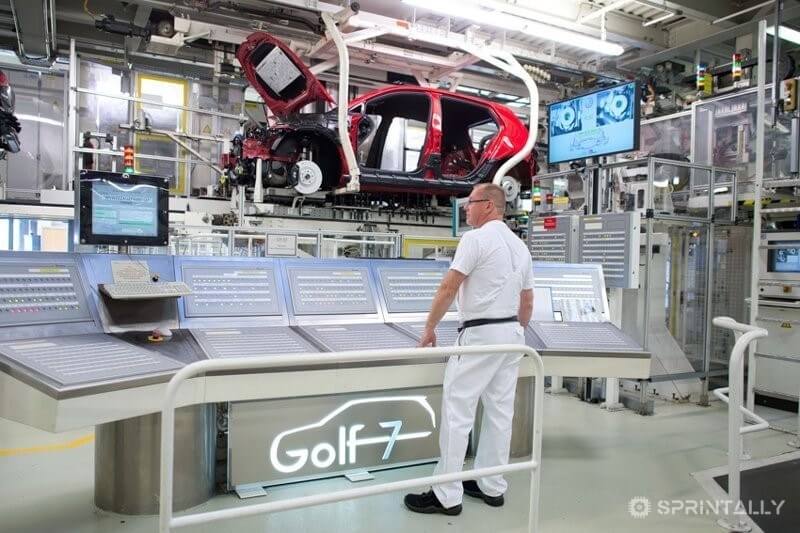 The plant also boasts the largest in Europe paint shop equipped with the latest technology. This is the first painting workshop that uses environmentally safe paint based on water. 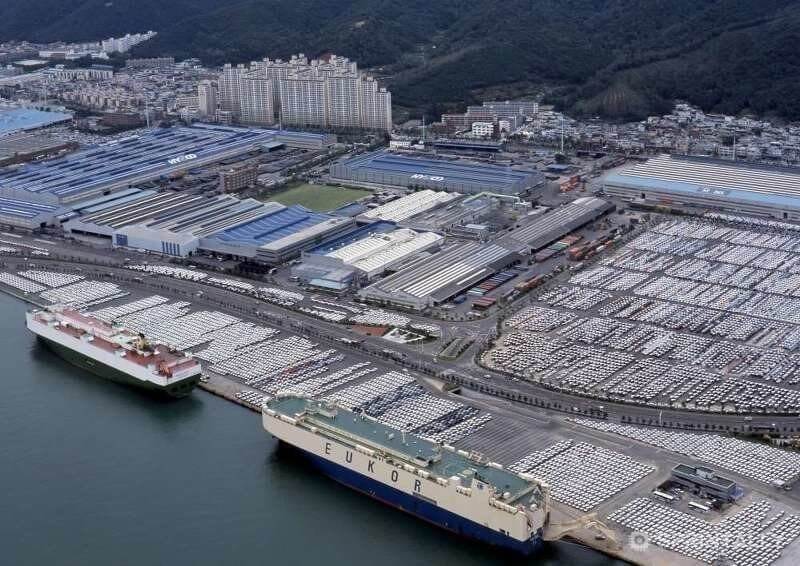 This automobile plant in the city of Ulsan (South Korea) is considered the best evidence of the Korean “economic miracle.” 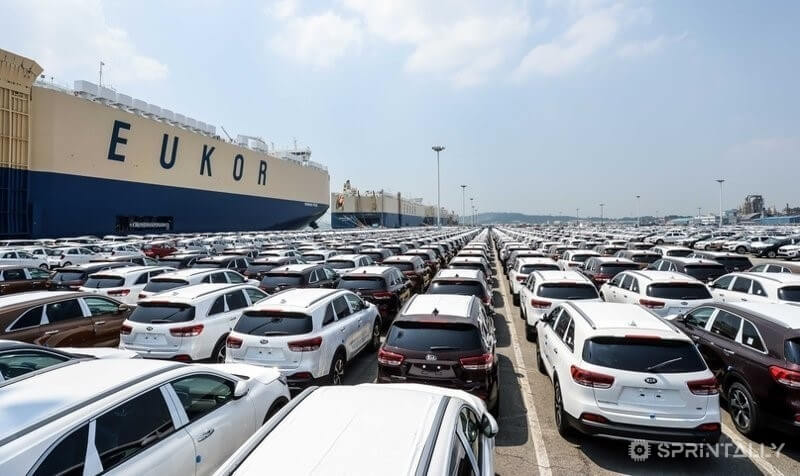 It covers an area of 500 hectares, which is almost equal to 5 square kilometers. Every day the Assembly line go five thousand six hundred new cars. Per year the plant can produce a half million cars, minivans and SUVs. The plant employs thirty-four thousand employees. 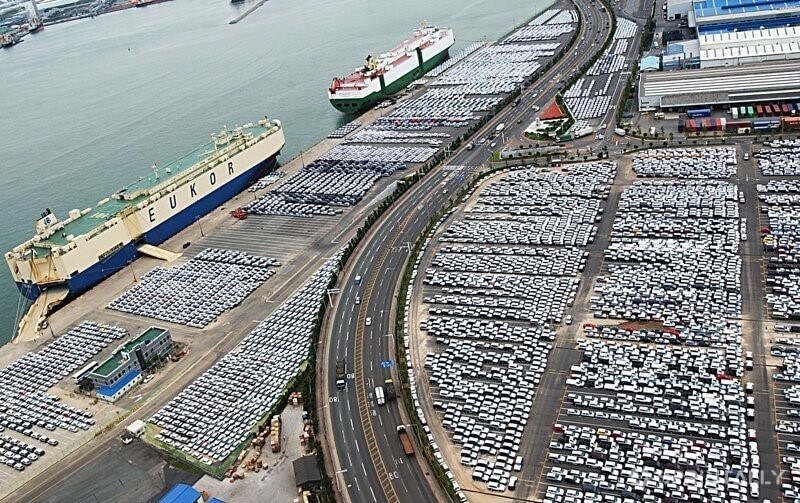 This building is so huge that it has its own hospital, Fire Department, roads and even the installation of sewage wastewater. The plant of the company “Hyundai Motor” in the city of Ulsan also boasts more than 500,000 trees and a private jetty that can accommodate three cargo vessels, with a capacity of 50,000 tons.