Top 10 longest animals in the world

Longest animals: The animal world is beautiful for its diversity. In nature, there are specimens the size of one cell and those whose dimensions inspire genuine awe.

Giant animals live on land, in the ocean, and even in the bodies of other animals on our planet. They are different from each other, and each is amazing and mysterious, like any perfect creation of nature.

Here are the top 10 longest animals in the world. 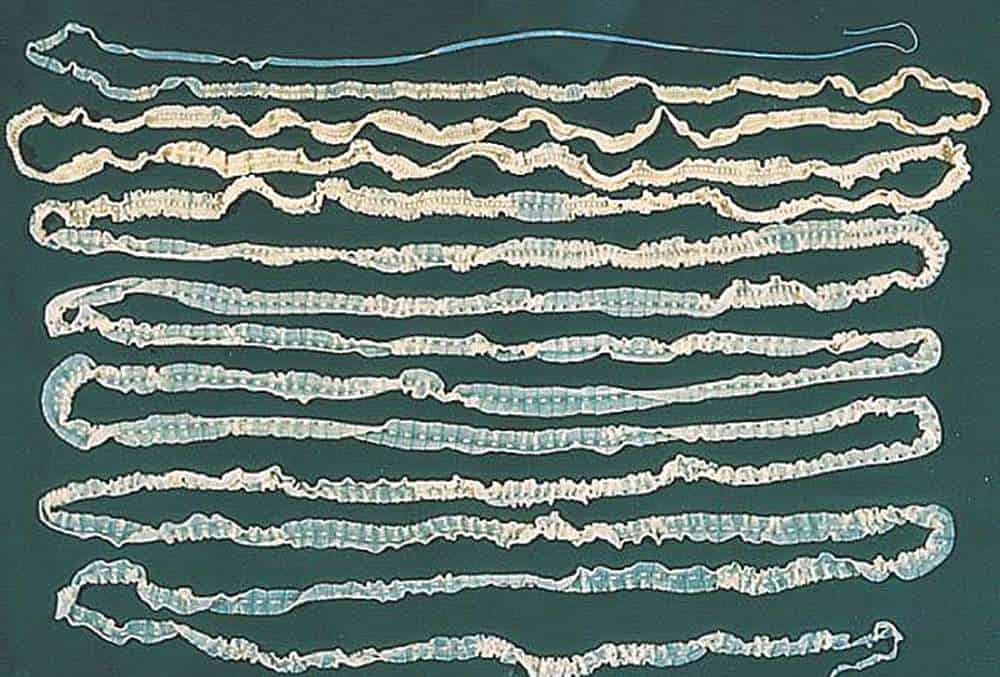 This giant parasitic worm lives in the intestines of gray whales and sperm whales. Another name for tapeworms is cestode. One such representative of the fauna, extracted from the intestines of a sperm whale, had a body size of 30 meters; that is, it was longer than its own body.

The most extended member of this species is the so-called lineus longissimus. Thrown out by a storm in 1864 to the coast of Scotland, the worm with its body stretched for a distance of 55 meters, while it had a diameter of 1 cm. 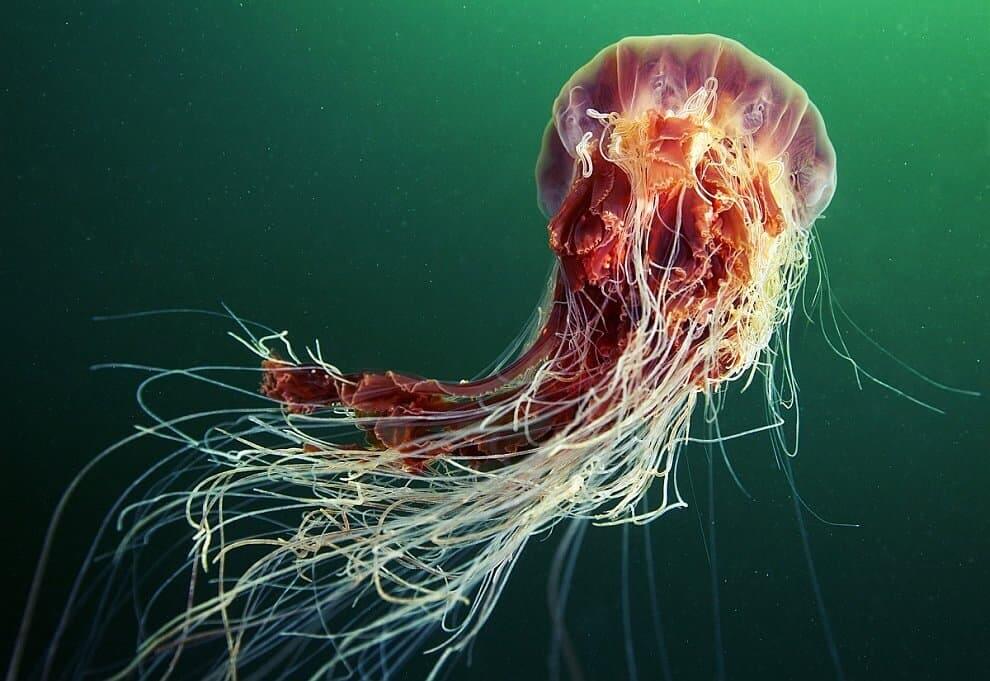 The giant hairy jellyfish known to science, called the “lion’s mane,” washed up on the shore of Massachusetts Bay in 1870. The size of its body was 230 centimeters, and the length of its tentacles was 37 meters, which exceeds the size of the body of a blue whale.

This jellyfish is the most significant type of jellyfish classified as streaking and scyphoid. It got its original name due to the many tangled tentacles that outwardly have an expressive resemblance to the lion’s mane.

The lion’s mane jellyfish is quite a long creature, and many inhabitants of the deep sea, for example, shrimp and plankton, can live in its hairy part, which provides them with protection from external threats and regular nutrition.

Interestingly, Arthur Conan Doyle dedicated one of his works about the legendary detective Sherlock Holmes to this animal. 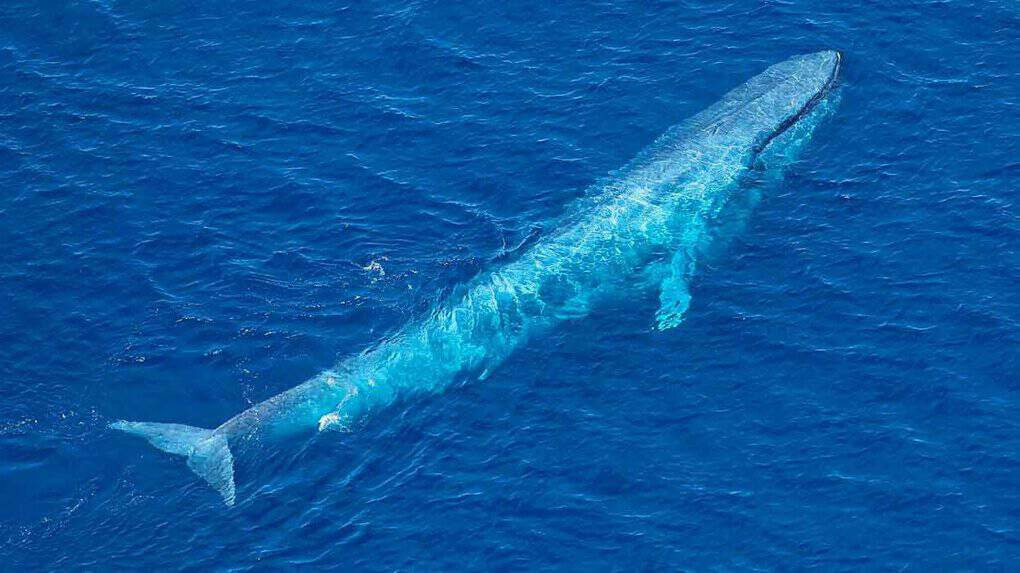 This animal is also known as the blue whale. It is an enormous whale, the largest mammal to date. Its average length is approximately 33 meters, and its weight can exceed 150 tons.

Since the beginning of the last century, the population of blue whales has been rapidly declining due to barbaric fishing. First of all, blue whale hunters were interested in the incredible size of this mammal itself – from one such whale, it was possible to get much more valuable raw materials than from other representatives of cetaceans.

Because of this, by the 60s, the blue whale was on the verge of almost complete extermination-then there were about 5,000 individuals left alive.

Despite the active measures taken to protect this rare animal, the blue whale is still considered a very rare inhabitant of the deep sea – the total number of individuals does not exceed 10,000. Therefore, to support its population, it is necessary to carry out all new measures to protect it. 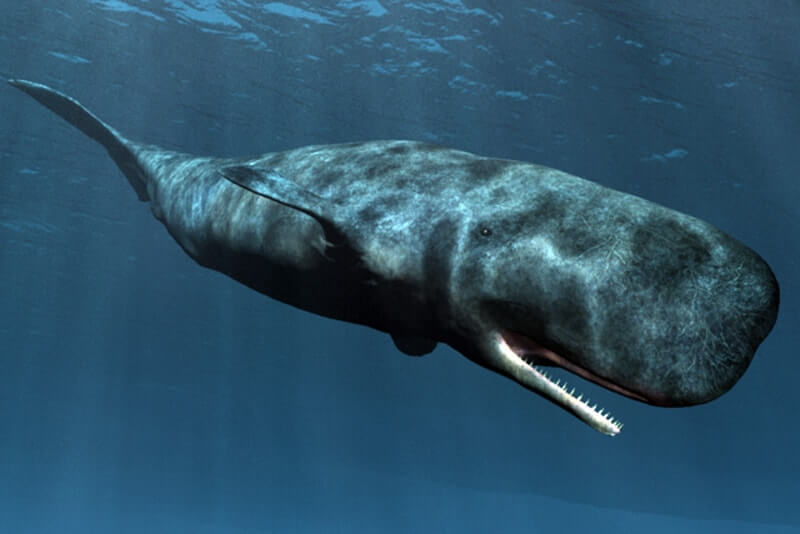 The sperm whale is one of the largest predators on Earth. In the oral cavity of these animals, there are many very sharp teeth. The jaw of these animals can exceed 5 m. Sperm whales can have a body length of up to 20-25 meters. Their mass exceeds several tons.

In prehistoric times, sperm whales were even more significant, but these predators have become much smaller during evolution. The sperm whale is listed in the Red Book of Russia. 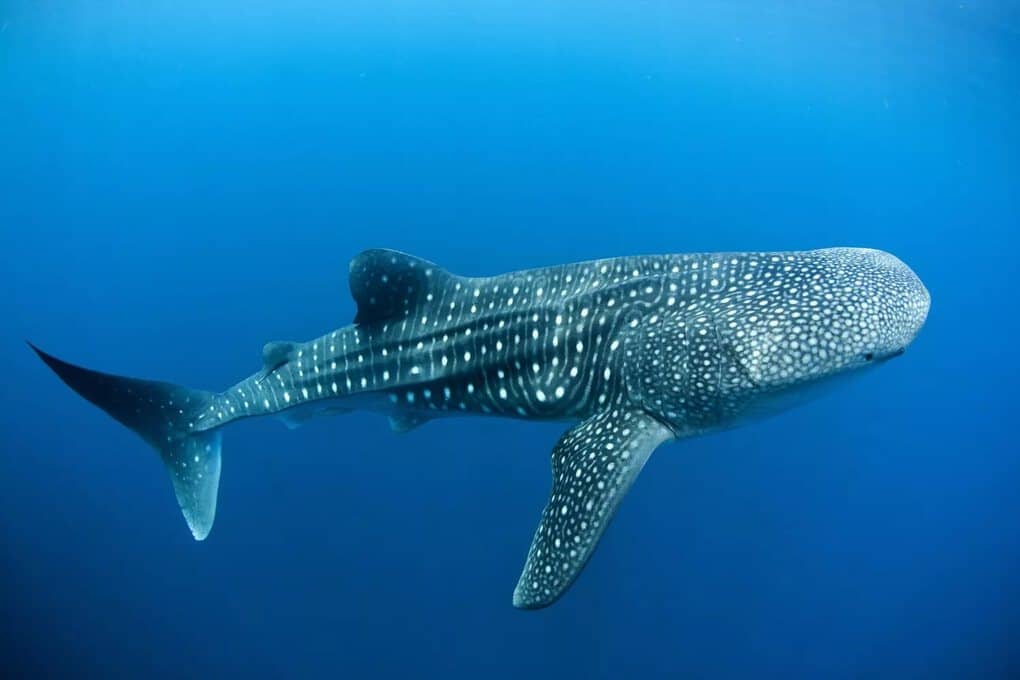 The whale shark is a prominent member of the Rhincodon family, and this is the most giant known shark and modern fish species. The most prominent individual known to researchers reached about 18 meters.

The whale shark can be seen in warm zones of tropical latitudes all over the surface of the world’s oceans. In addition, this shark has a larger population in some regions of its range than others.

Whale sharks are likelier to move in small, scattered communities, much less singly. Sometimes, in places with a large amount of food, they can form numerous clusters of hundreds of individuals.

Whale sharks travel long distances in the migration process, chasing numerous plankton groups. In any case, the way of life of this waterfowl species and the peculiarities of its behavioral reactions and reproduction remain a poorly studied area for zoologists. However, due to the use of the latest technologies, such as satellite observations, essential data on their movements have been obtained recently. 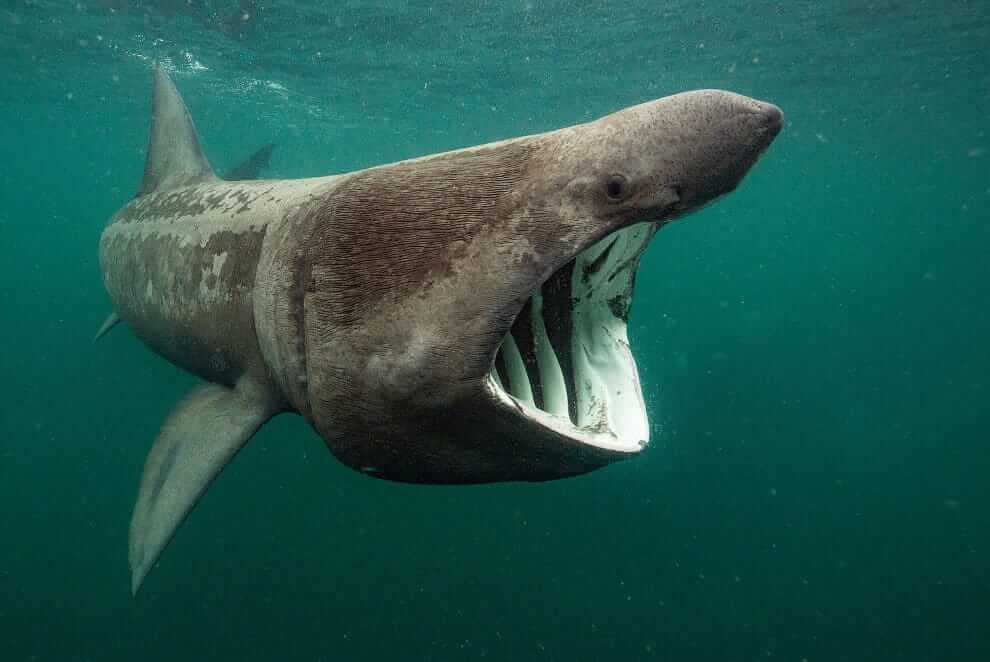 Representatives of this species with a body size of fewer than three meters in nature are pretty infrequent. The smallest recorded giant shark reached a length of 1.7 m. 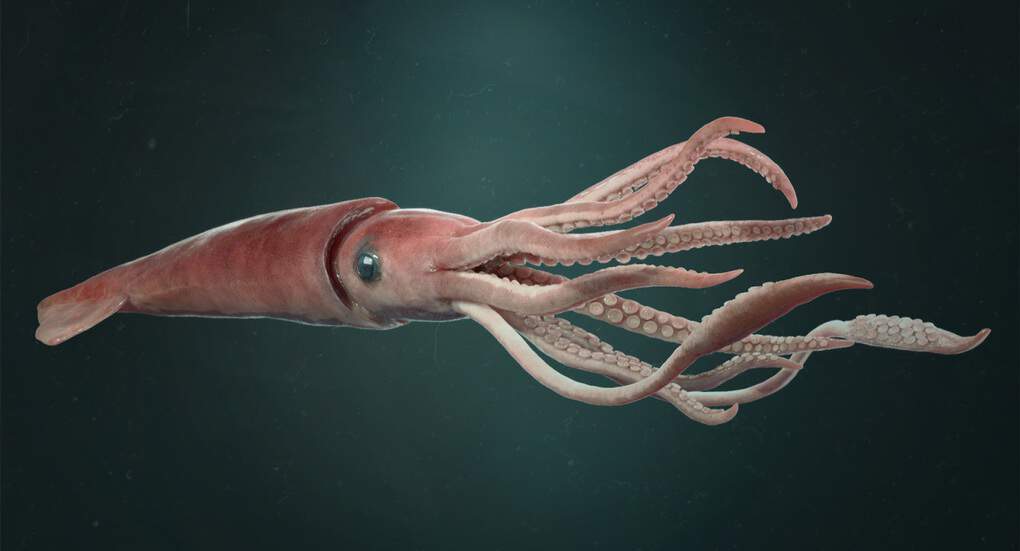 An antarctic squid giant is one of the most common and significant squid species in the Antarctic latitudes. The maximum length of this animal is at least 10 meters, and sometimes even 13-14 meters.

A rather interesting feature of the Antarctic giant squid is the presence in their body of a particular chemical compound – ammonium chloride, which can reduce the specific weight of the body and give the squid a neutral buoyancy.

This feature distinguishes them from small squid, which have negative buoyancy and are constantly forced to use the too-energy-consuming biological algorithm of the jet stream coming from the funnel. 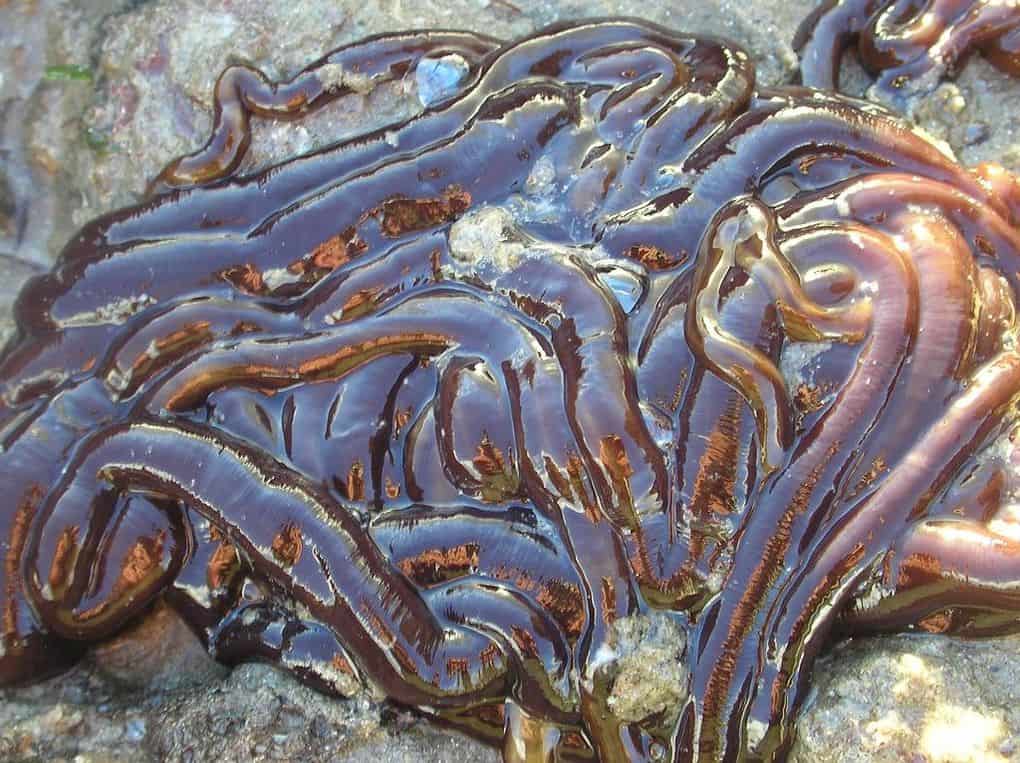 Placentonema gigantissima nematode is a species of giant roundworm. Females reach a length of up to 8.5 meters. They often parasitize in the intestines of large mammals, such as sperm whales.

This type of worm is very often found in the placenta of female sperm whales. This parasite was first found in the Kuril Islands and described in detail in 1951 by N. M. Gubanov.

Male nematodes are somewhat inferior in length to females — 2.04-3.75 meters. The width of females reaches 15-25 mm (the anus is located approximately 1 m from the end of the body). 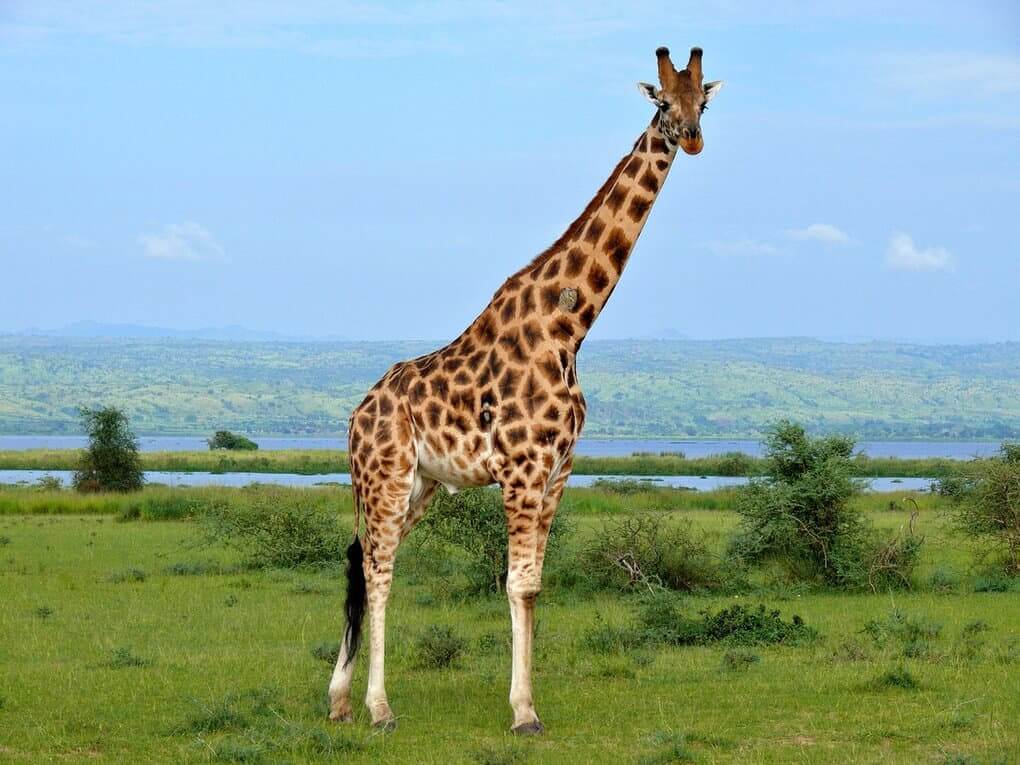 The giraffe is a very recognizable cloven-hoofed animal and the tallest land mammal in the world, and it ranks 4th in terms of body weight behind the elephant, hippo, and rhino.

The body size of large males can reach 5.8 meters, and females 5.1 meters. 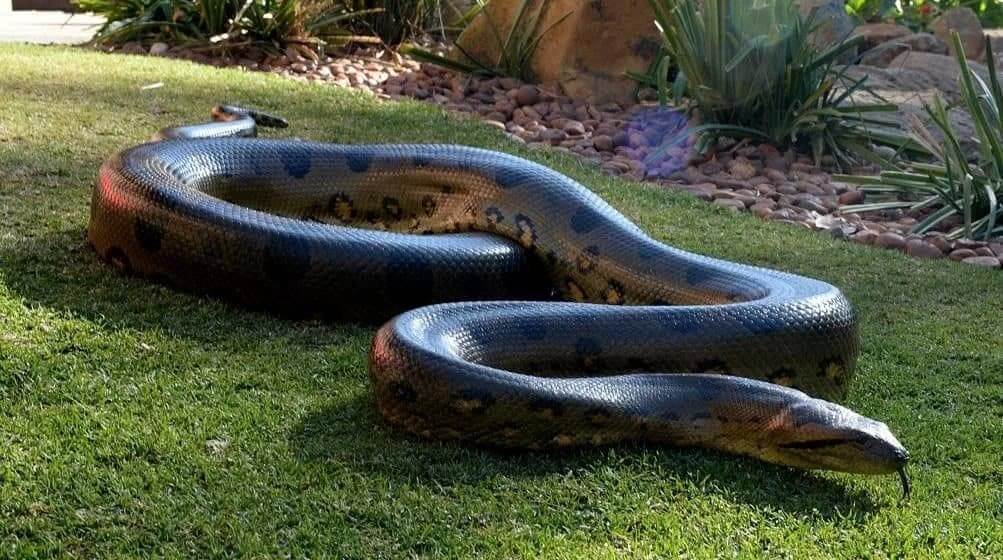 Anaconda is not in vain that this huge reptile is called a giant. This snake is very intimidating, standing out among most of its relatives primarily by its vast dimensions.

The enormous anaconda reaches about 5.2 meters with a body weight of 97.5 kg.

Interestingly, in 1944, geologists searching for an oil field in the rainforest of Colombia accidentally found an anaconda whose body size reached 11 m and 43 cm. However, no conclusive evidence of this event has been provided, and from then until now, no one has ever managed to capture a snake of such large dimensions.

Once, the Zoological Society of the United States even promised a reward in the form of a tidy sum to anyone who finds an anaconda whose body length exceeds 12 m.