Actor Johnny Depp accused his ex-wife of being beaten

Contents of the Article show
Actor Johnny Depp accused his ex-wife of being beaten
The actress allegedly struck him twice in the face, and Depp tried to stop her, grabbed her by the arms and pushed her onto the bed. After that, he told her that he was leaving and warned that she would not follow him.

Hollywood actor and musician Johnny Depp continues litigation with his ex-wife Amber Hurd. Now he presented evidence that he was a victim of domestic violence. In addition, he acts as a defendant in the case of beating a worker on the set. The actor also filed a lawsuit against the British tabloid The Sun. “Sprintally” tells about what Johnny Depp is trying to achieve.

55-year-old Hollywood actor Johnny Depp filed a counterclaim against his ex-wife, 32-year-old Amber Hurd. According to the star of the Pirates of the Caribbean, two years ago, when they were still married, it was Hurd who beat him, and not vice versa, as the actress herself claimed.

Depp said that he was late for the restaurant to celebrate the 30th birthday of Amber for two hours because of a protracted meeting with his business manager and accountants. The document says that he warned his wife about this. According to him, after the couple returned home, the absolutely sober actor lay in bed and read the book, but Hurd obviously had a drink with alcohol and behaved aggressively.

The actress allegedly struck him twice in the face, and Depp tried to stop her, grabbed her by the arms and pushed her onto the bed. After that, he told her that he was leaving and warned that she would not follow him. 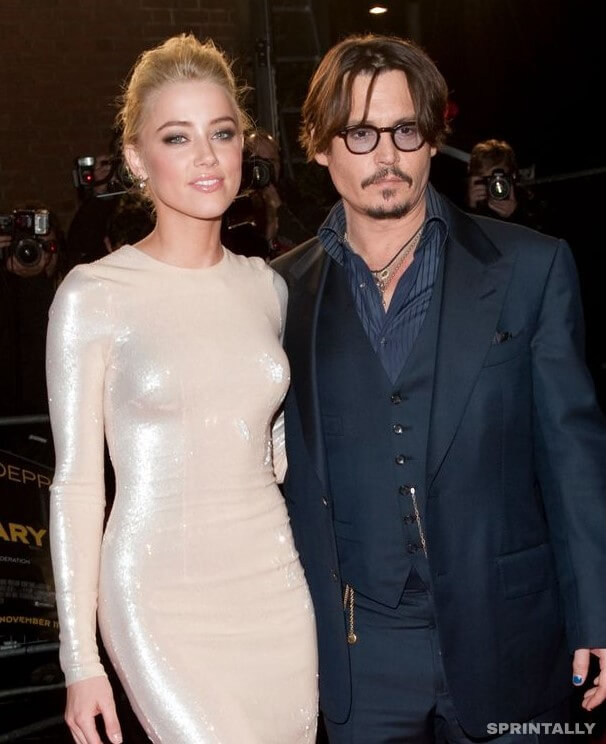 In response to the charges, lawyer Hurd told the People portal: “These statements are an absolute lie. I need to read a recent article in the Rolling Stone magazine about Mr. Depp to understand his state of mind. ” In July, the publication published information about another lawsuit against Depp, according to which the actor arranged a rowdy on the set of his new film.

Heard filed for divorce with Depp May 23, 2016, and four days later, successfully requested a court order from the court, which forbade her ex-husband to approach her. In the case materials, she provided a photo of a bruise under the eye, which appeared after the actor hit her on the eye and cheek with a phone on May 21. In her statement was information about the fact that on her birthday Depp appeared in a state of alcohol and drug intoxication, and after the departure of the guests became violent.

“Johnny grabbed me by the hair and roughly pressed me to the floor,” Hurd told. “Johnny also cried and threatened me, with a mockery told me to get up.”

At the moment, Johnny Depp still does not agree with the accusations of the former wife in domestic violence, which she put forward against him back in 2016. According to her version of events, Johnny threw the phone in her face, but he imagined what happened, otherwise. Judging by his testimony, that evening he just threw the phone on the sofa, and he certainly did not touch the girl’s face. 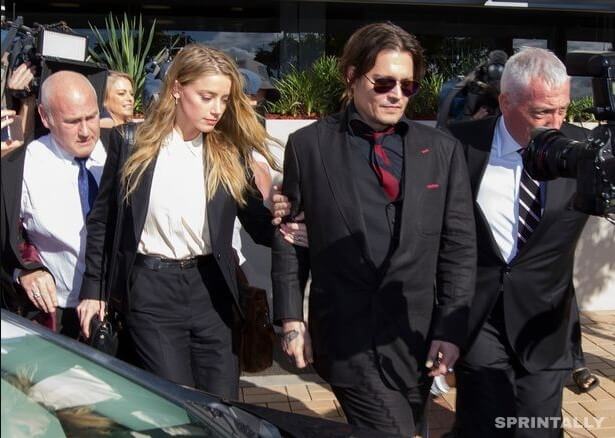 The document also says that the police officers who interrogated Hurd after the incident did not record traces of “injuries, bruises, or swelling.” Depp confirmed his statement with the testimony of two policemen who confirmed all of the above and even noted that when Amber was asked to tell what happened, she replied: “Nothing.”

In addition to clarifying relations with former relatives, Johnny Depp is at the center of numerous scandals with representatives of show business and tabloids. The actor has to respond to accusations of beating one of the managers who was on the set of the film “The City of Lies” with Depp in the lead role. The victim of the aggressive behavior of the actor became manager Gregg “Rocky” Brooks, who was fired from the film because he refused to sign a non-disclosure agreement.

Brooks said that Depp hit him twice on the ribs, then offered to pay $ 100,000 for the manager to hit him in return. Also, Rocky accused Depp of verbal abuse.

The alleged incident took place in April 2017: Brad Furman asked Brooks to tell the actor that the shooting day would not be finished until after the scene was shot, which did not work out, after which Johnny Depp fainted. In a lawsuit that Brooks’s lawyer filed on July 6, it was indicated that Johnny had put his irritation on Gregg.

Also, Depp sued the British edition of The Sun and personally on the author of the article, in which the actor is called “the man who beats his wives.” Journalist Dan Wooton Johnny Depp accuses of libel. According to the materials of the case, the actor estimated the damage caused to him in the amount of £ 200,000, in addition to the demand to reimburse the legal services at a rate of £ 10,528.

Johnny Depp and Amber Hurd were married in February 2015 and lived in marriage only 15 months. The divorce agreements reached the actors in August 2016 and were officially dissolved in January 2017.