Top 10 most expensive dog breeds in the world

Money can’t buy friends – a truth that most people will agree with. One can argue with this statement.

A dog is the most loyal and devoted friend. Many of them love to show off their status. Of course, you can take a puppy from friends or shelter a stray dog, but this option is unlikely to interest rich people.

An executive car, a late-model iPhone, and branded clothing no longer surprise anyone, but a thousand-dollar dog is another matter. However, it does not matter for the pet; it will love his master even if he goes broke.

In this article, we will talk about the most expensive dog breeds in the world. You will be able to admire their photos, and learn their history of origin, characteristics of character, and behavior.

Prices can be considered conditional because the cost of a particular animal depends on many factors: pedigree, health status, availability of awards, or titles.

These are the top 10 most expensive dog breeds in the world. 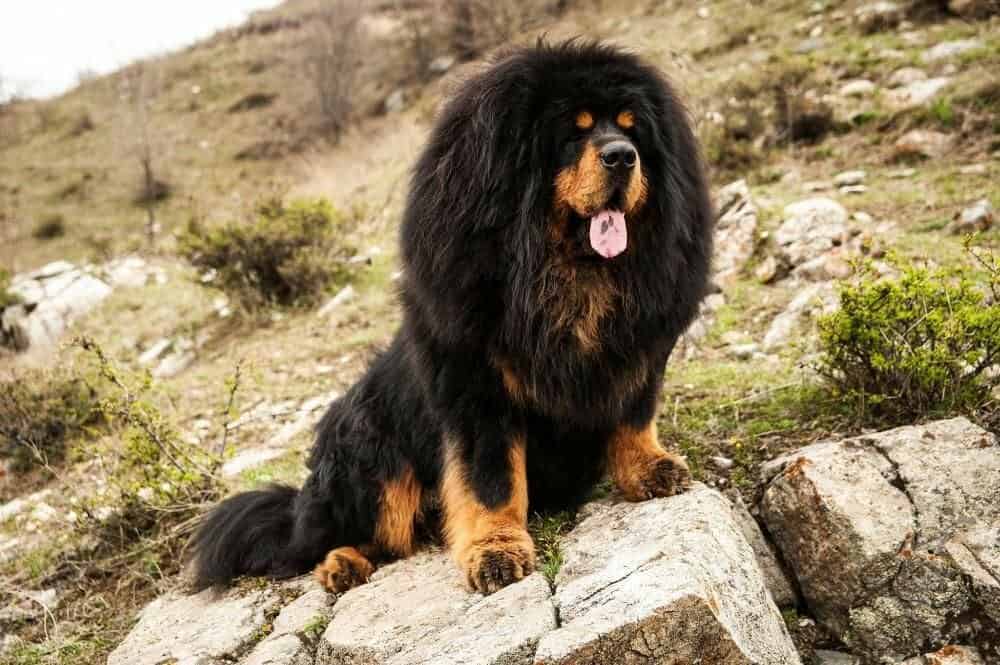 Tibetan Mastiff is one of the ancient breeds of dogs, and According to genetic analysis, their age is more than 5 thousand years. For a long time, they lived in Tibet.

In 1847, the first Tibetan mastiff arrived in England as a gift to the Queen. The breed was recognized only in 2007. Now it is considered the most expensive in the world, and not everyone can afford to buy it.

These dogs are so independent that they will not always devote time to their owner. They are smart, believe they should protect the house and all family members from others, and are hostile to strangers.

They are easy to care for, but you must devote much time to the Tibetan mastiff. Animals need both mental and physical stimulation. 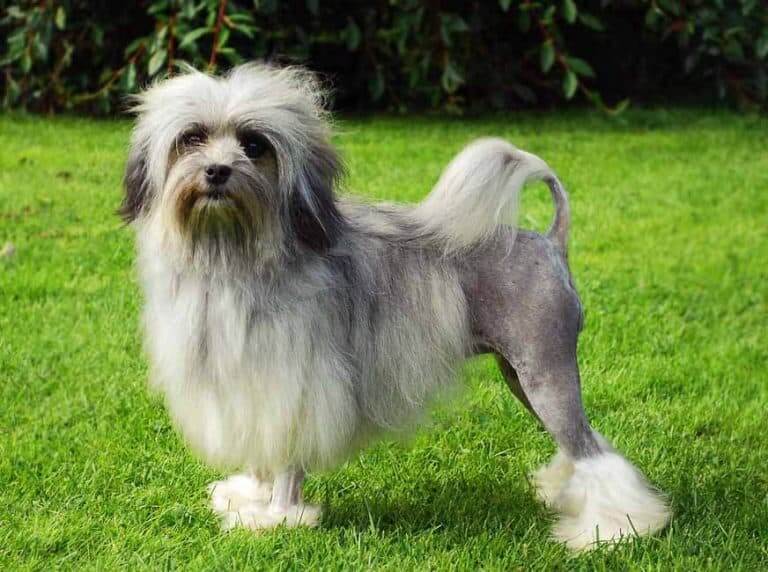 It is believed that Lion-Bichon (lion dog) dog appeared in the II century. Ancestors – small Danish dog and spaniel. In the paintings of the XIV century, you can see images of these little lions.

In 1960, the Guinness Book of Records entered the breed. It received official recognition in 1961.

Lion-Bichon (lion dog) is an innovative, affectionate, friendly dog. They are very loyal and get along well with all family members and other pets.

They can be challenging and determined, but only if the owner needs protection. They love games and are easy to learn.

It is necessary to provide careful care for the coat; you must comb and cut the pet regularly. A sedentary lifestyle harms the dog’s health; daily walks are mandatory. 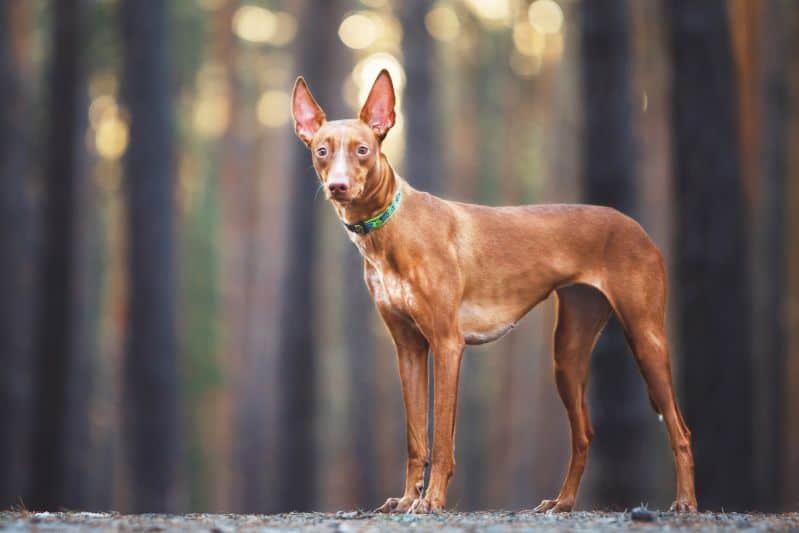 There are several versions of the origin of the Pharaoh Dog. All of them are connected with myths and beliefs.

This breed was first mentioned in 1647 in the writings of a member of the Order of Malta. In 1920, the animal was brought to Europe and became world famous. The breed was recognized in 1977.

Pharaoh Dogs are kind animals, so they will not be able to cope with the role of a defender. They are active, intelligent, and friendly. They do not tolerate loneliness well; they become attached to all family members. They love children.

Their fur is short; It is enough to wipe with napkins once a week or as it gets dirty. I’ll have to take care of my wardrobe. For winter – a warm jumpsuit; for an autumn raincoat. 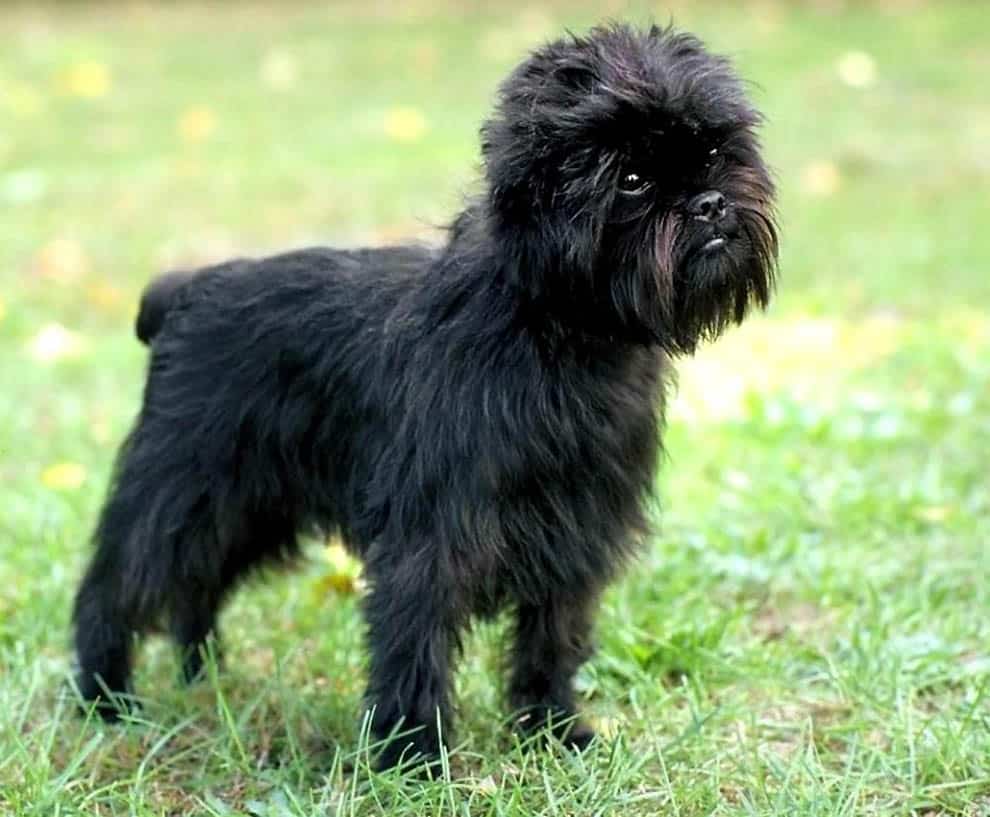 These dogs were bred in southern Germany in the early 17th century to hunt small rodents. They also guarded the stables. They became prevalent in the twentieth century.

Affenpinscher dogs are very jealous, attached to the owner, and want all the attention to belong only to them. They are confident, stubborn, and difficult to train. Despite their negative qualities, they are cheerful and kind. They don’t like children.

Affenpinscher dogs are easy to care for and do not require special procedures. 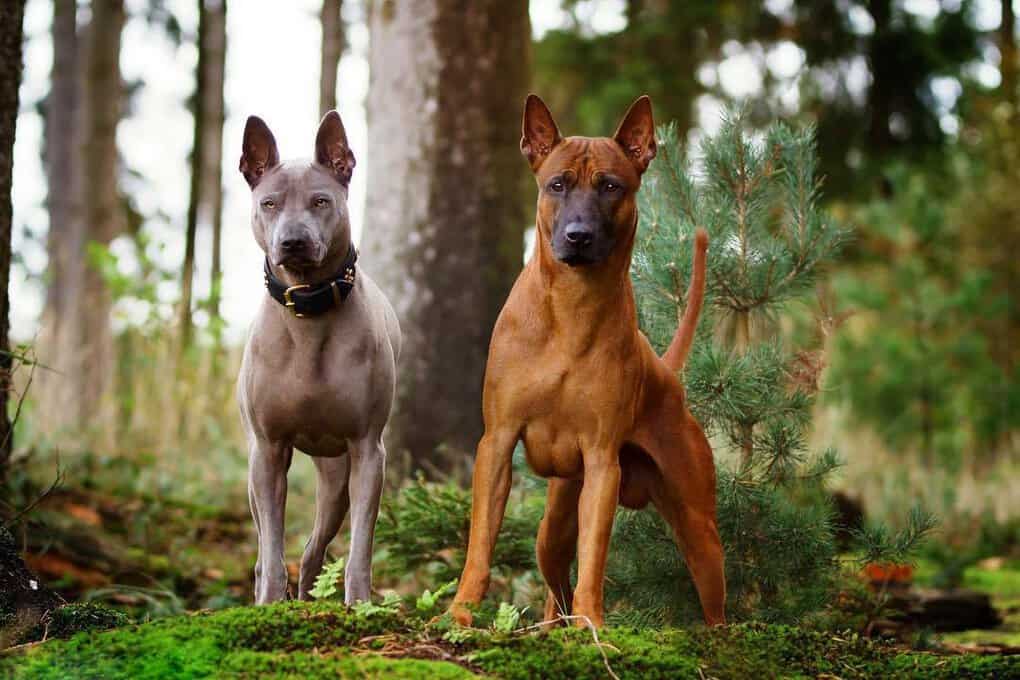 According to some scientists, the ancestors of the Thai ridgeback are wolves and dingo dogs. Location: Thailand, Vietnam, Indonesia, Cambodia.

In writing, a 17th-century manuscript first mentioned the dog. The breed was officially recognized in 1993.

Thai Ridgeback dogs are intelligent, independent, stubborn, and friendly and do not like loneliness. This breed is not suitable for beginners. Thai Ridgeback dog needs nurturing and a steady hand.

Ridgebacks are smart, but training can be difficult. They don’t want to execute commands “just like that”.

The only problem that can arise is active walks. Thai ridgebacks need physical activity, and the owners must walk in any weather. 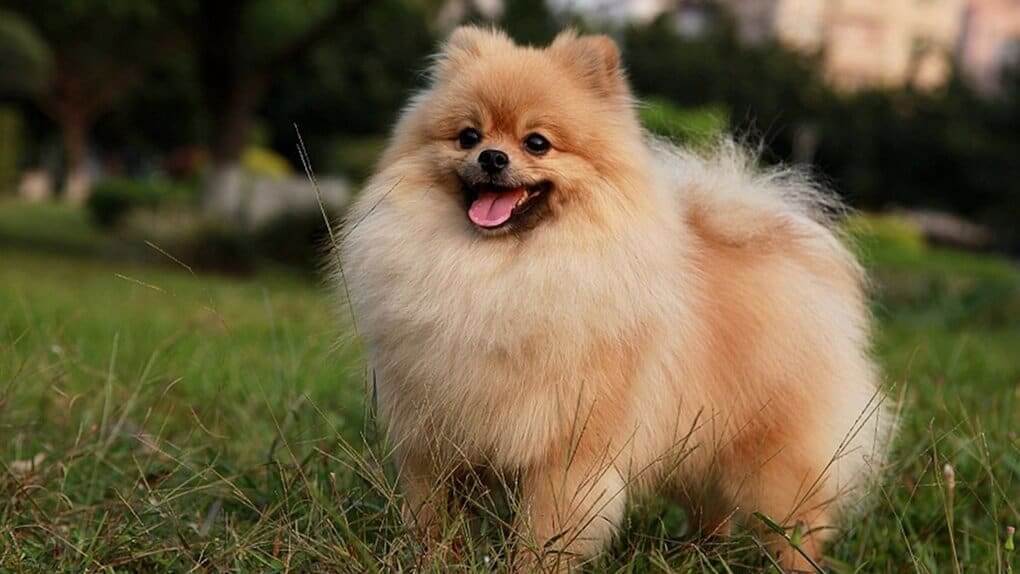 Pomerania is a historical region in Poland and Germany, and the Pomeranian Spitz is named after it. Unfortunately, nothing more is known about the history of this breed. Pomeranians became very popular in the 18th century.

Pomerania is active and likes to play and communicate, including with strangers. They get along with children. They can find a common language with other pets but not with cats. Among other dogs, the Pomeranian will try to do everything to show “it is the boss here”; looking at his photo is easy to see.

Owners of the Pomeranian spitz will have to spend a lot of time on a regular procedure-combing. It would help if you did not get carried away; it is pretty enough to arrange a “barber shop” every 3 to 4 days.

The weak point of these dogs is their teeth, and their health needs to be carefully monitored. 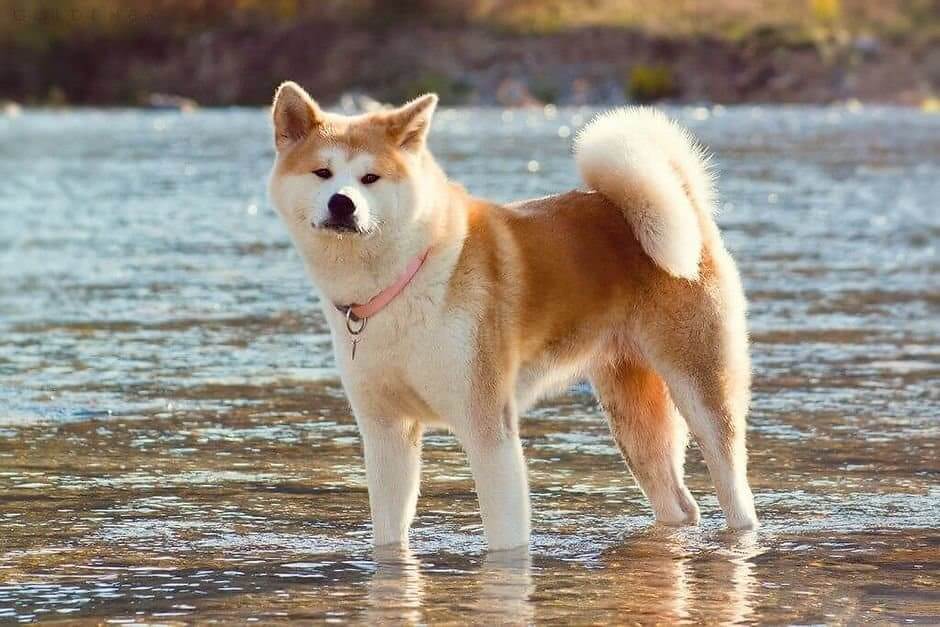 Akita Inu is one of the oldest breeds. It first appeared in the northeastern part of Honshu Island, in the province of Akita (II millennium BC). At that time, animals served as a hunter and security guards. In the XVII century, they began to protect the imperial palaces. The dogs were drafted into the army during the Second World War, and all died.

The breed quickly regained its numbers thanks to the owners who could not let their pets go to certain death.

Akita Inu dogs are independent and willful but firmly attached to their owners. They prefer relationships “on an equal footing”, and do not tolerate condescension and displays of tenderness. They always come home.

Puppies easily find a common language with other pets but can show aggression towards other dogs on the street.

It is necessary to comb the coat once a week; during the molt, you will have to do this daily. Otherwise, caring for an Akita Inu is no different from caring for other dogs. 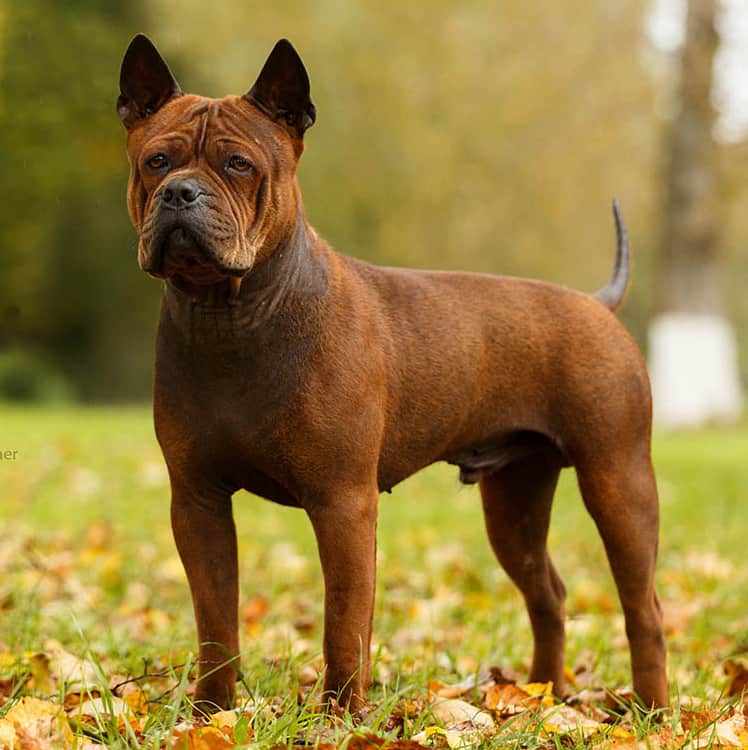 Chongqing is the birthplace of Ancient China. The first mention was made in 202 BC (Han Dynasty archive). Nothing else is known about the breed except that development took place without human intervention.

The World Cynological Federation has not yet singled out Chongqing as a separate breed. In Russia, the first Chinese dogs appeared only in 2015.

The breed is called multifunctional. Chongqing can be a great hunter, a good protector, and a great companion. They are calm, balanced, and independent.

Treats all family members well, including children, but doesn’t like strangers. The animal will not tolerate mistreatment and will show aggression.

The Chongqing dog is easy to care for. It tends to cause skin pathologies. It is necessary to pay attention to the skin of the animal. To do this, you must clean the dog and wipe the wool with a damp cloth or unique napkins. 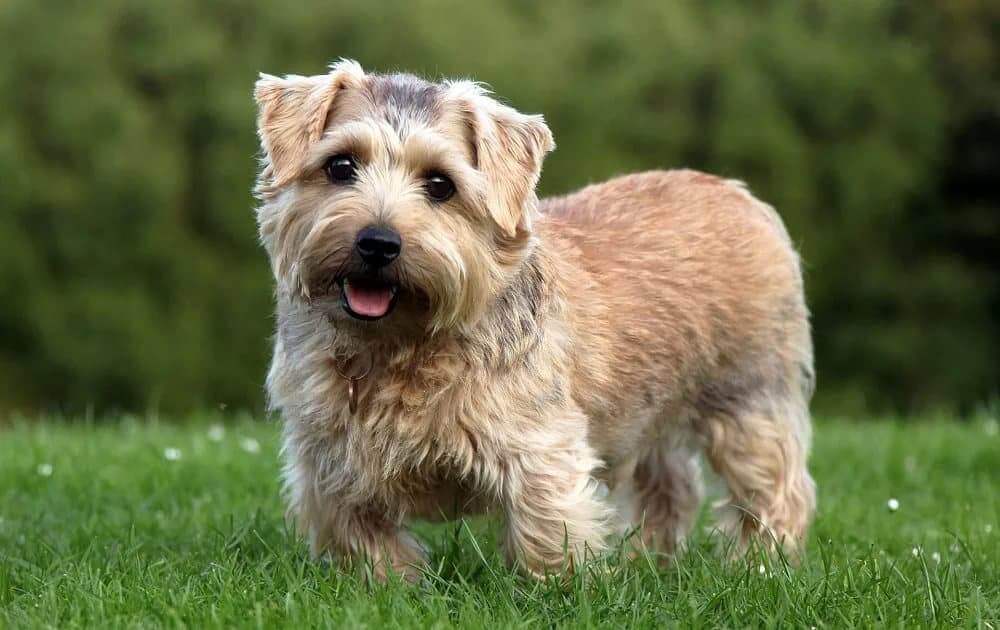 Norfolk Terriers appeared in England in 1880. They were considered the same breed as the Norwich Terriers, used for hunting small animals. The official division of the breeds took place in 1964.

Careful care of the animal’s fur is required. A mandatory procedure is combing. If possible, it is better to entrust this matter to a professional groomer. Do not forget about walking; the Norfolk Terrier needs games or intense running. 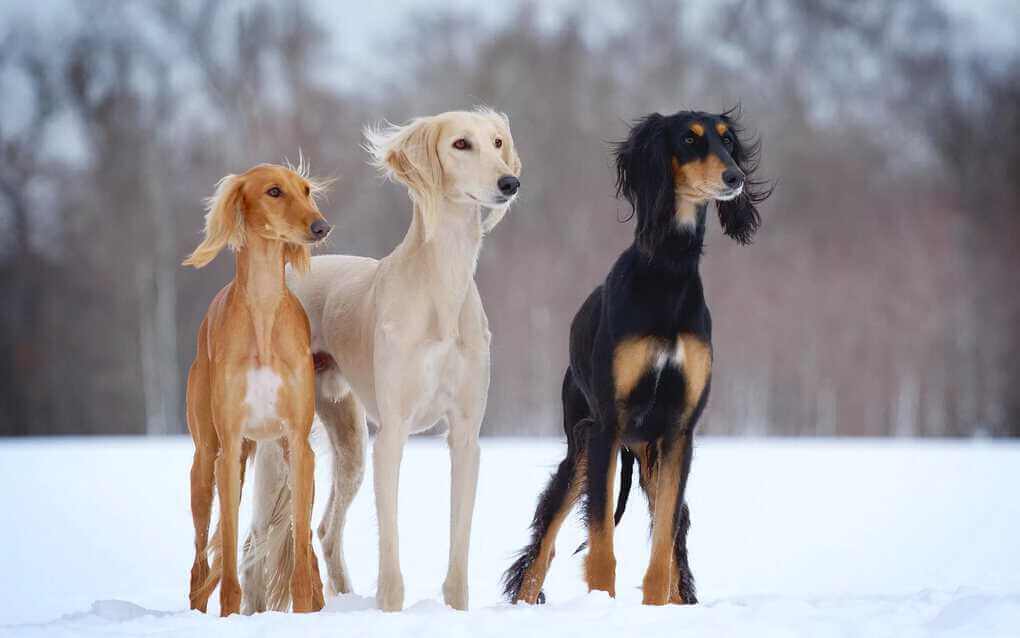 Saluki is considered one of the oldest dog breeds, and the first mention dates back to 3500 BC.e. It was formed in nomadic tribes in the Middle East.

In the Middle Ages, dogs came to Europe. Persian greyhounds were then used exclusively for hunting. The first breed standards were approved in 1966.

They have a balanced but independent character. They are pretty silent. They get along well with children but will not tolerate an offhand attitude. They are affectionate, adore the owner, and are very attached to owners.

Saluki has not lost their hunting instinct; they are excellent hunters. When chasing, they develop high speed and are ruthless in the game. They love attention and active games.

The dog does not require special care. It is enough to comb out the hair (as it gets dirty) and monitor the length of the claws. The animal’s fur is sparse, and the dog can easily catch a cold. In winter, Saluki needs clothes.