The presentation of one of the best flagship smartphones was held on October 16, 2017, in Munich (Bavaria). More attention was given, of course, to the Pro version. However, its parameters are almost identical to the younger model. The wholesale price of Huawei Mate 10 starts at about 600 USD. At the exhibition also presented a version of Porshe Design.

Contents of the Article show
The difference between the standard and Pro version:
Basic Chips
Multimedia and Camera

In addition to the appearance, the phone is different bundled (+ VIP-card, leather case, charging of another type) and larger memory – 6/256 GB. Unusual in Huawei Mate 10 colors are made in four versions: 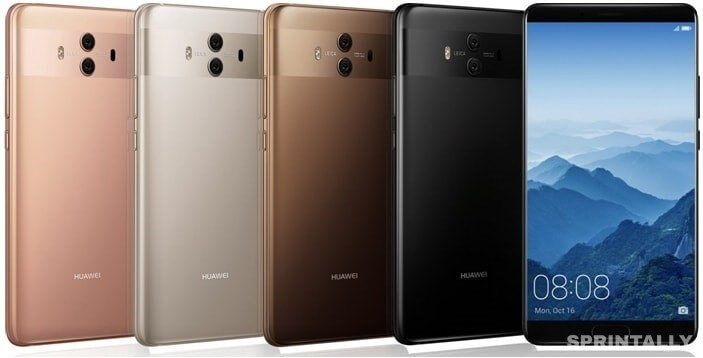 The difference between the standard and Pro version: 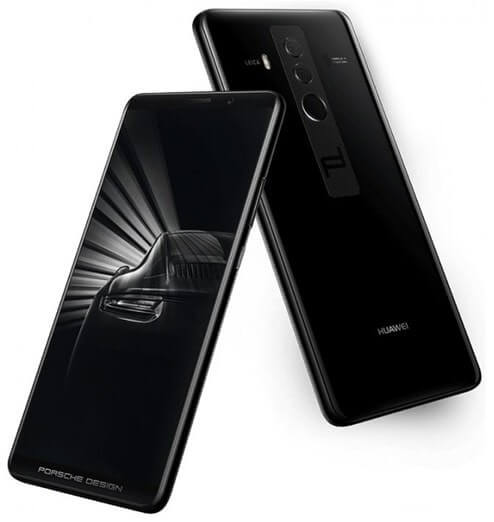 The main advantage over the competitors lies in the chipset of the company’s own production – HiSilicon Kirin 970 (8 cores with frequency up to 2.36 GHz) with hardware support NPU, which is a unit with a neural processor. This means that the smartphone Huawei Mate 10 is equipped with self-learning artificial intelligence, which analyzes all the manipulations of a person with a gadget. The benefits of this are as follows:

However, the new Huawei Mate 10 will not be so effective at the very beginning. It will take about three months to learn the habits of the owner and adjust to it. The more often a phone is used, the faster and more efficiently the learning process takes place. The graphics are controlled by a 12-core Mali-G72 video accelerator. 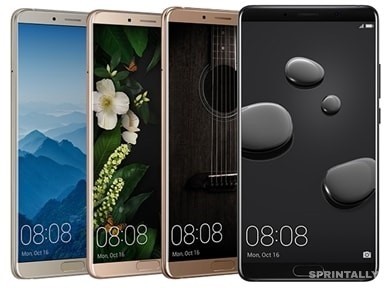 High characteristics of Huawei Mate 10 perfectly match with a powerful 4000 mAh battery with the function of fast charging – in 30 minutes the energy will be replenished by half. AI reduces the level of its consumption, so the Huawei Mate 10 will last much longer, and runs without any problems for about two days without recharging. In the mode of listening to music/watching video/calls over 3G, the device works 105/20/30 hours respectively.

Overview Huawei Mate 10 will not be complete without mentioning the proprietary OS: EMUI 8.0 based on Android 8.0 Oreo. Unique software in conjunction with the “hardware” parameters will allow a person to fully enjoy the latest advances in IT. 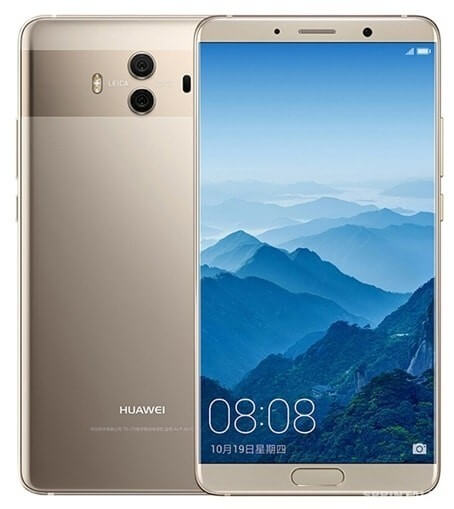 When describing the Huawei Mate 10, the review simply must contain information about the quality of photos taken by the smartphone. The gadget has two modules: 20/12 Mp. There is an optical image stabilization system and laser autofocus. The power of the lenses is f / 1.6, so low illumination – not a hindrance for a good picture.

In the smartphone, Huawei Mate 10 artificial intelligence got to the cameras. He real-time analyzes everything that gets into the frame, and selects settings (in the set with a dozen ready-made presets), thanks to which the pictures will look the best.

In addition, Huawei Mate 10 includes a technology for blurring the background and zoom. As for the video, its recording is supported in 4K resolution at 30 fps. There is a stabilization and an automatic smooth change of the dynamic range.