Razer showed the equipment to which the queues of players...

It was not easy to break through the crowd surrounding the novelties presented by Razer.

Contents of the Article show
Let’s talk about the most important – about new products
Razer Blackwidow Elite – love from the first click.
Razer Mamba Wireless – finally at a reasonable price.
Razer Kraken Tournament Edition – headphones not only for e-sportsmen.
Razer’s new equipment will soon be available for sale in the USA.

Everyone who reached the gaming giant stands at IFA 2018 wanted to get acquainted with the new headphones, mouse, and keyboard organically, and by the way, take part in the tournament at Dragon Ball FighterZ.

Next, to the stands of such giants as Samsung, LG or Sony, it was Razer’s stand that was the most beleaguered place of this year’s fair in Berlin. And yet they are not fair for players! 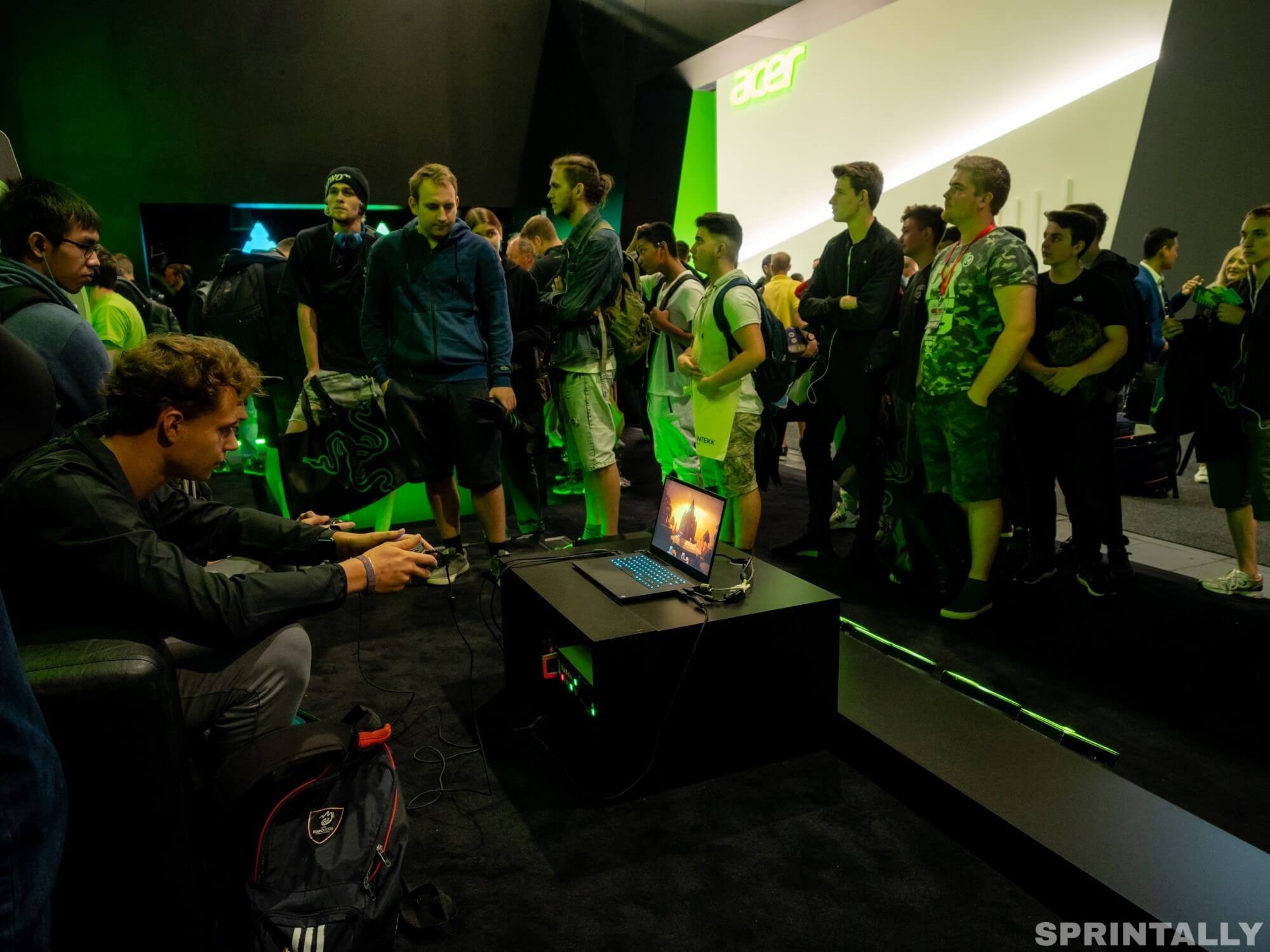 Razer made sure, however, that the governors had something to do. The tournaments take place all days of the fair at the company’s stand. 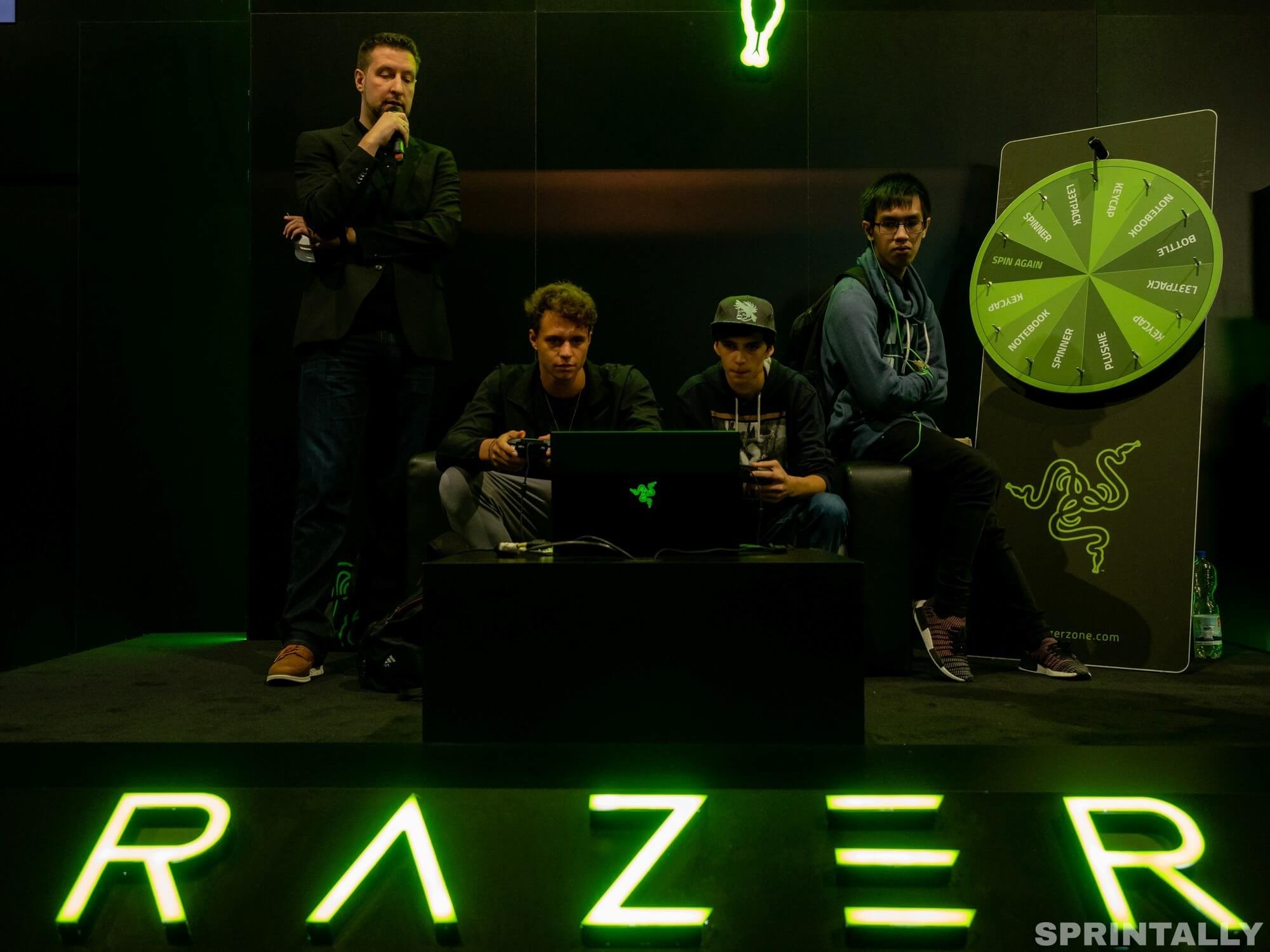 You can also sit comfortably on sofas and, apart from the competition rivalry, play a new version of Dragon Ball and other productions. 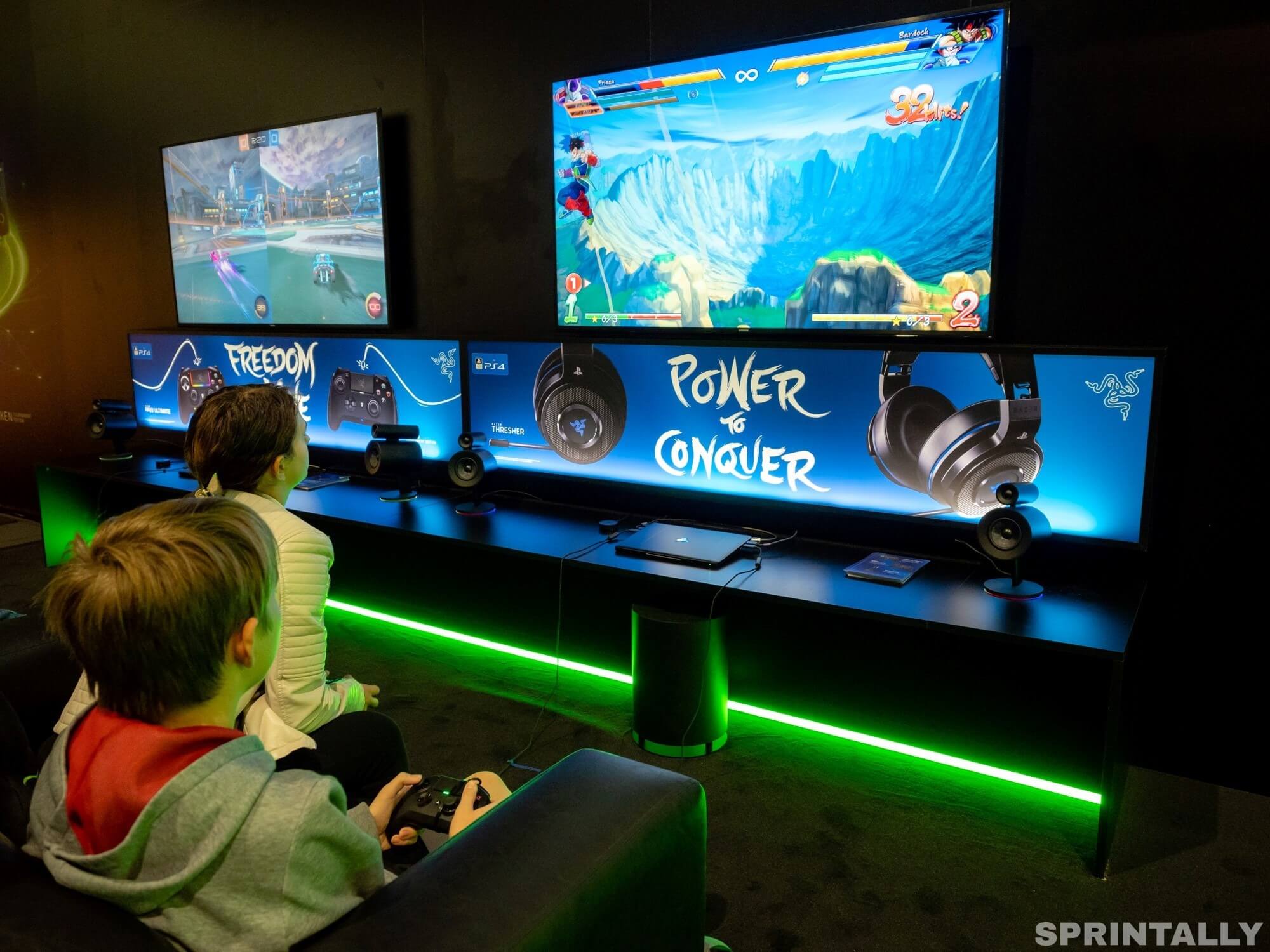 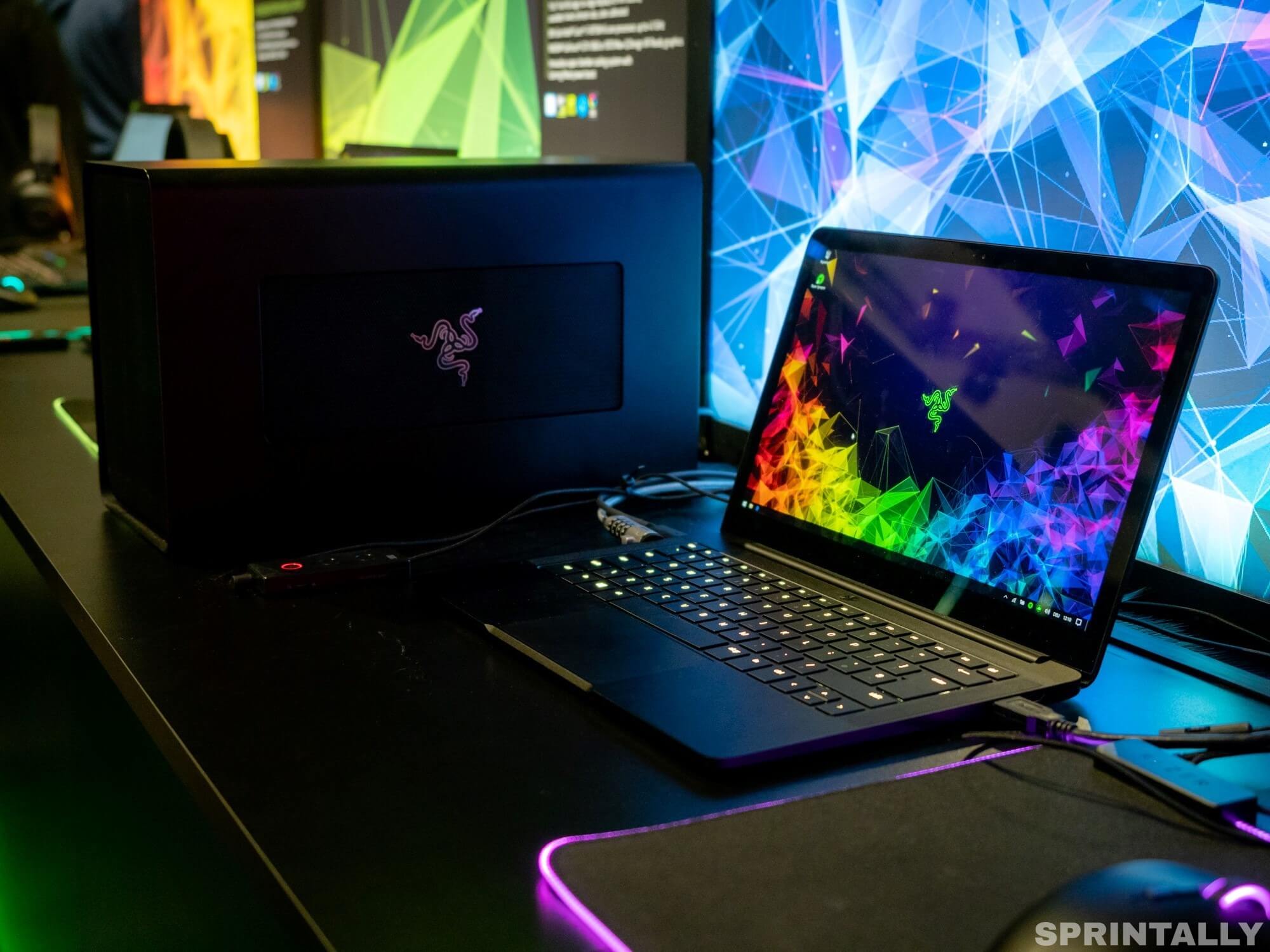 In the row there were also positions with the company’s latest products, where you could play in Trials or OSU !, to learn about the possibilities of the new mouse, keyboard and headphones. 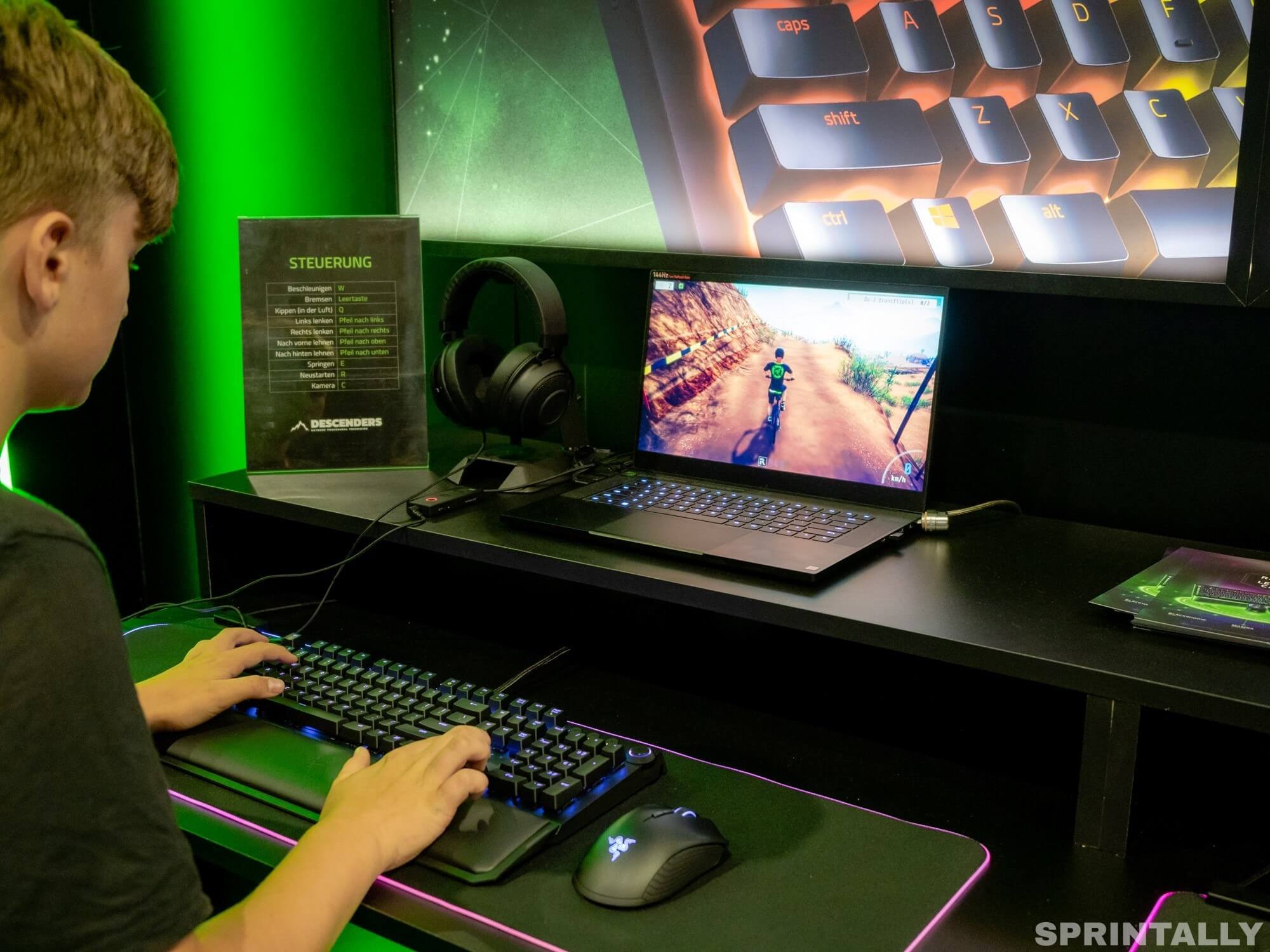 The Chroma zone, however, was the biggest sensation, where Razer presented the full potential of his own backlight, demonstrating its integration with Philips Hue lighting. 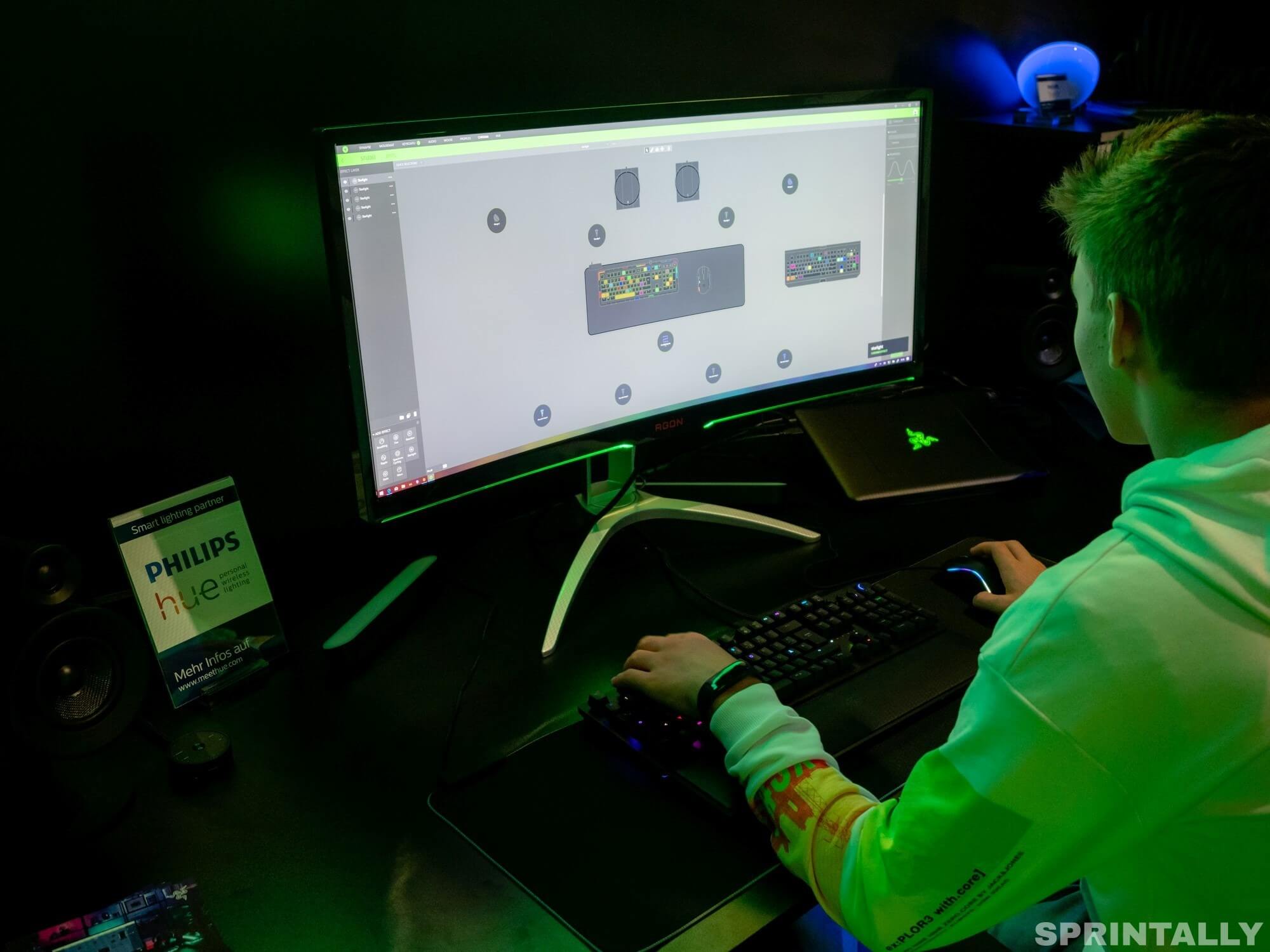 Visitors could program their own lighting scenes and listen to the new Razer Nommo Pro loudspeakers. 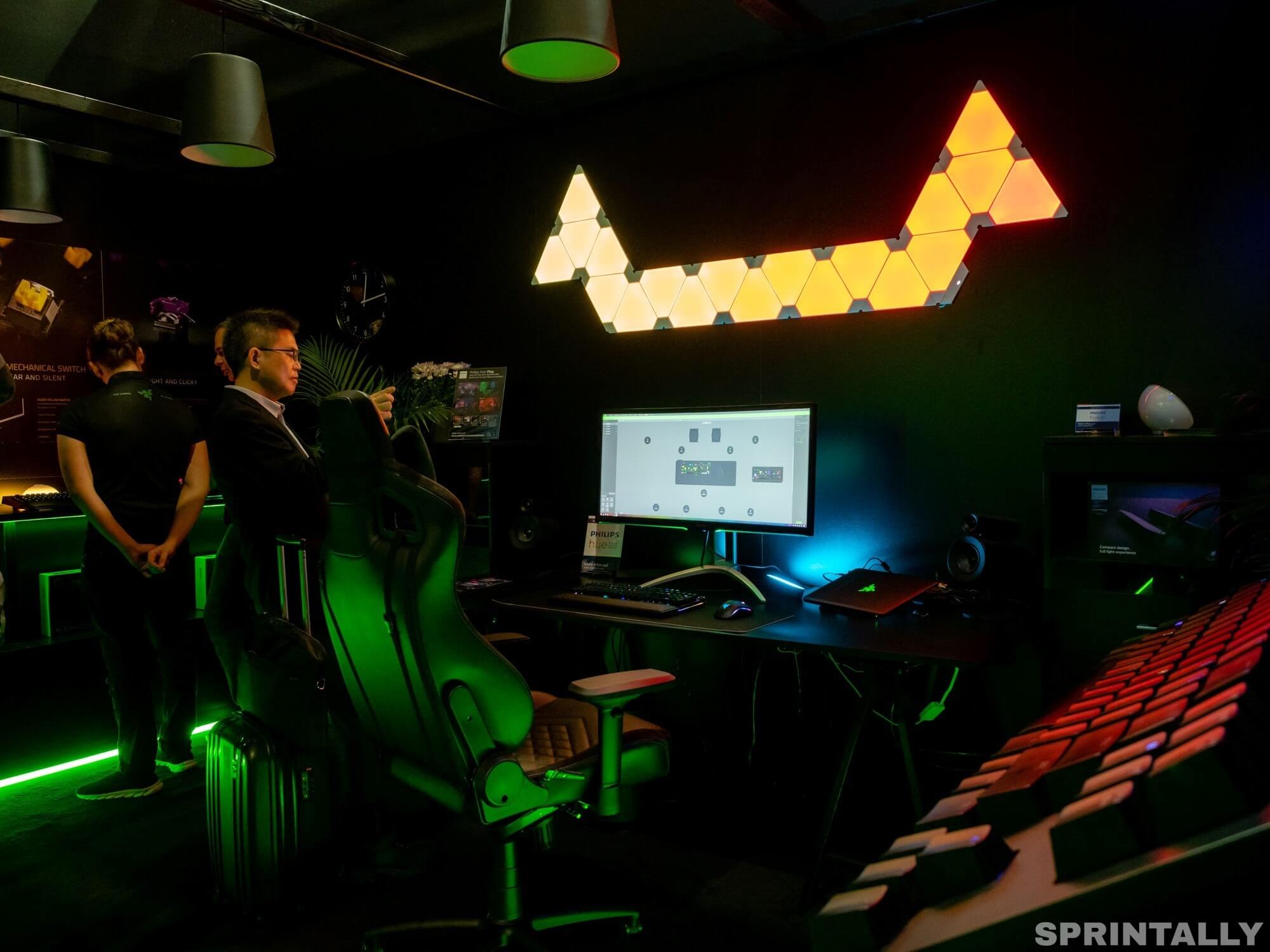 And right next to the Chroma zone, you could find the largest keyboard I saw in my life. Interestingly – it worked! After pressing the gargantuan key you could feel the jump of a typical mechanical keyboard, and the backlight flashed in color. 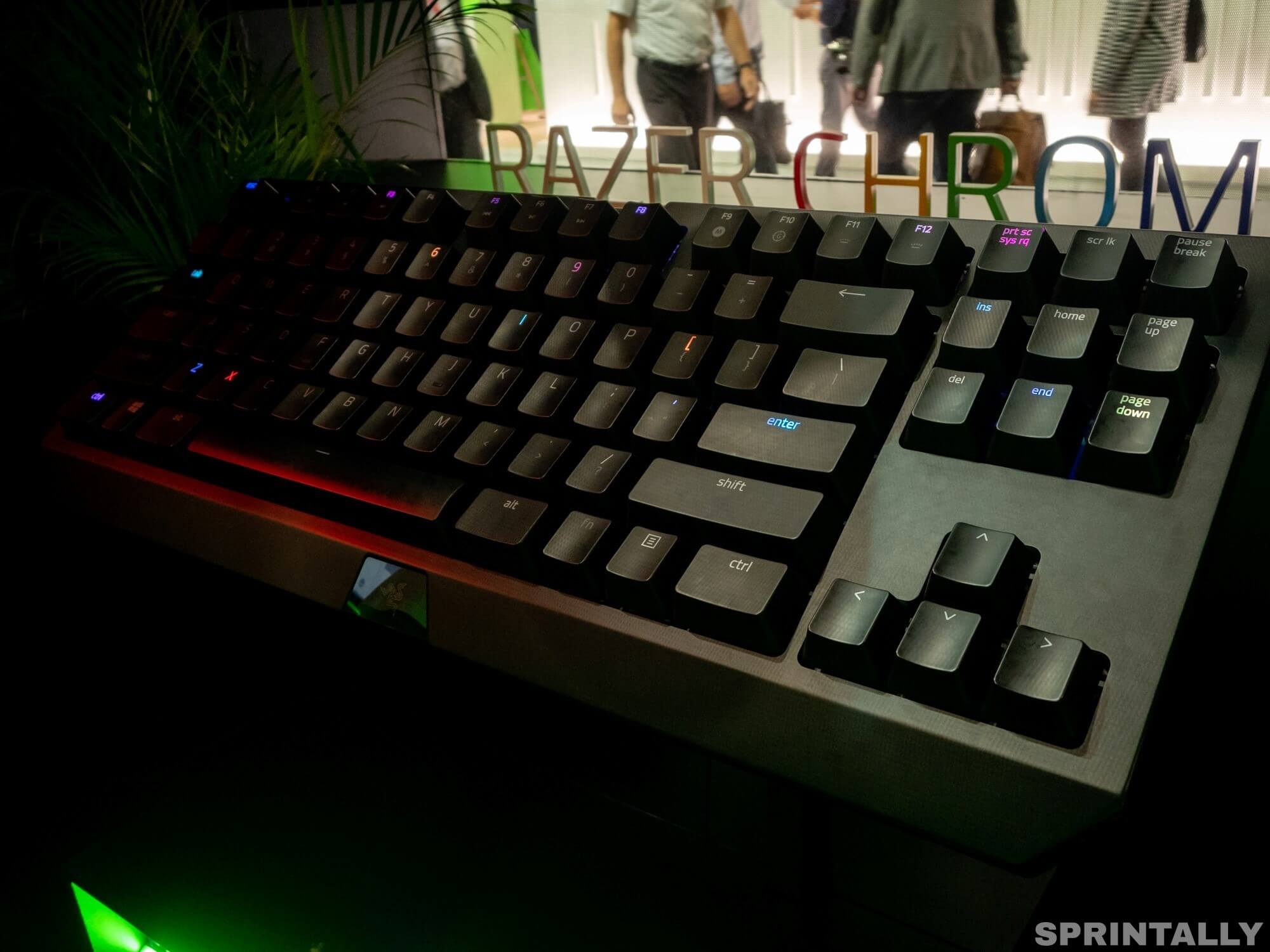 Let’s talk about the most important – about new products

I had the pleasure of spending a moment with Razer’s new products behind closed doors, away from the hustle and bustle. Let me put it straight: if you planned to buy a keyboard, mouse or headphone, wait a moment until Razer’s new equipment come to store shelves.

“I want it” – that was my first thought when I put my hands on the new version of the top Razer keyboard. Every day I write on the fantastic Blackwidow Chroma V2, but the Elite version presents a whole new level of refinement. 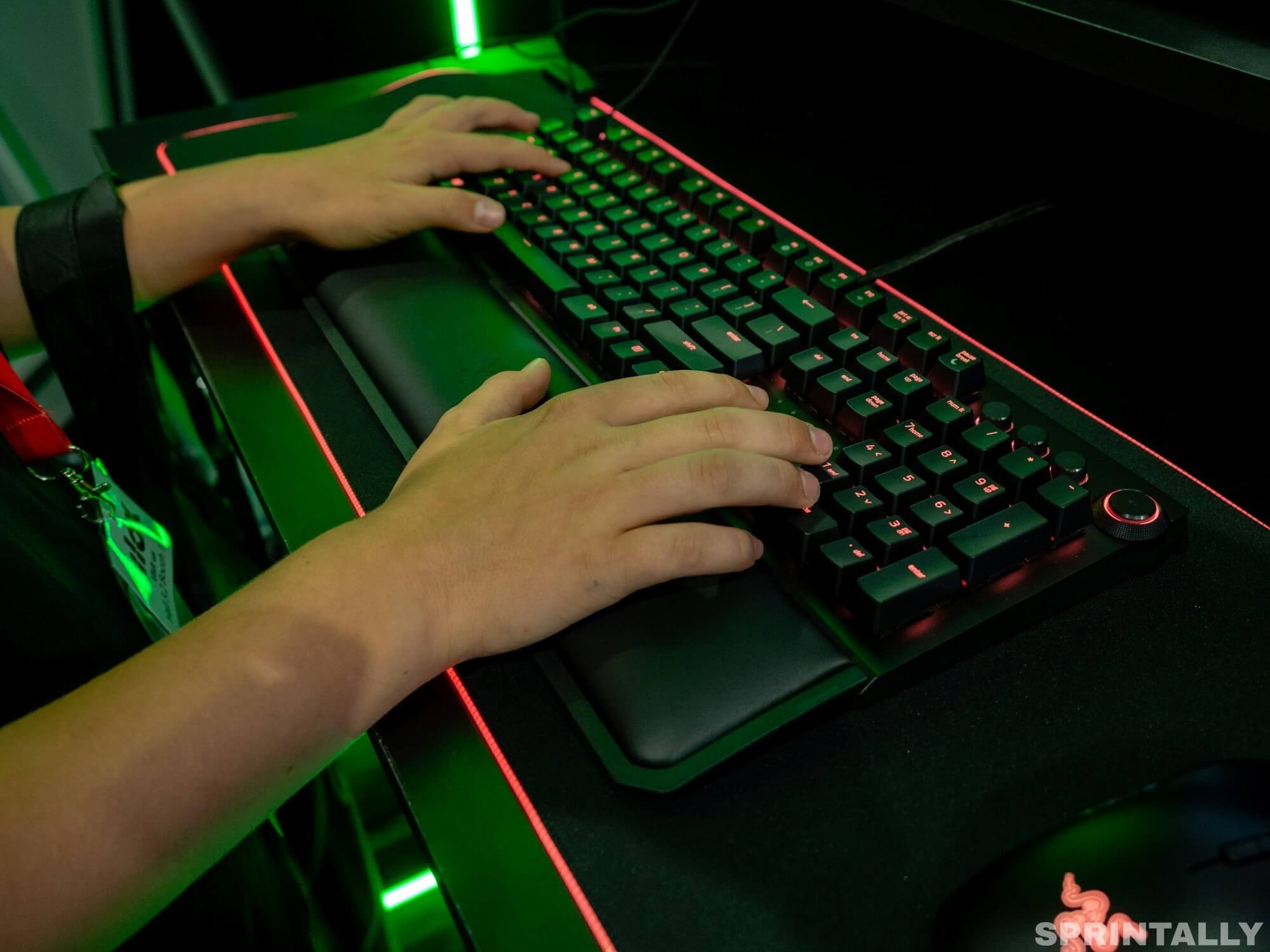 The whole construction gives the impression of a more solid and better fit. There is also no “reverberation” effect characteristic of many mechanical keyboards after pressing the key too hard. The armchair has also been changed, which now has two default positions and is covered by a slightly different material.

Razer also moved the USB port and headphone jack to the right left side. In the old version of the keyboard, these ports were useless, because if we want to plug in them, we significantly limit the space for maneuver with the mouse. It is a pity that the USB port is still version 2.0 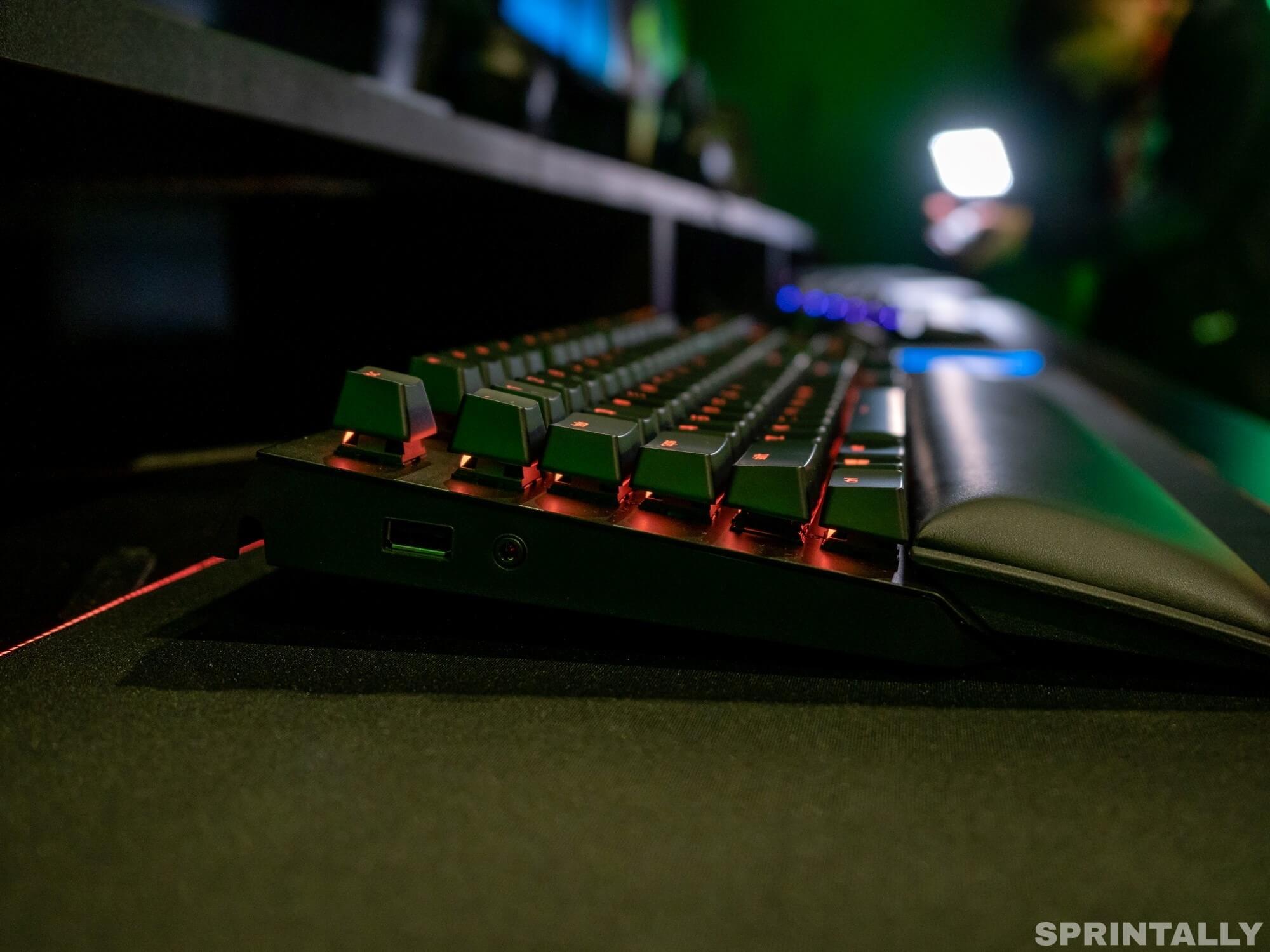 The biggest visual change is the use of multimedia buttons already known from the Razer Huntsman keyboard. Like a small thing, but very useful. 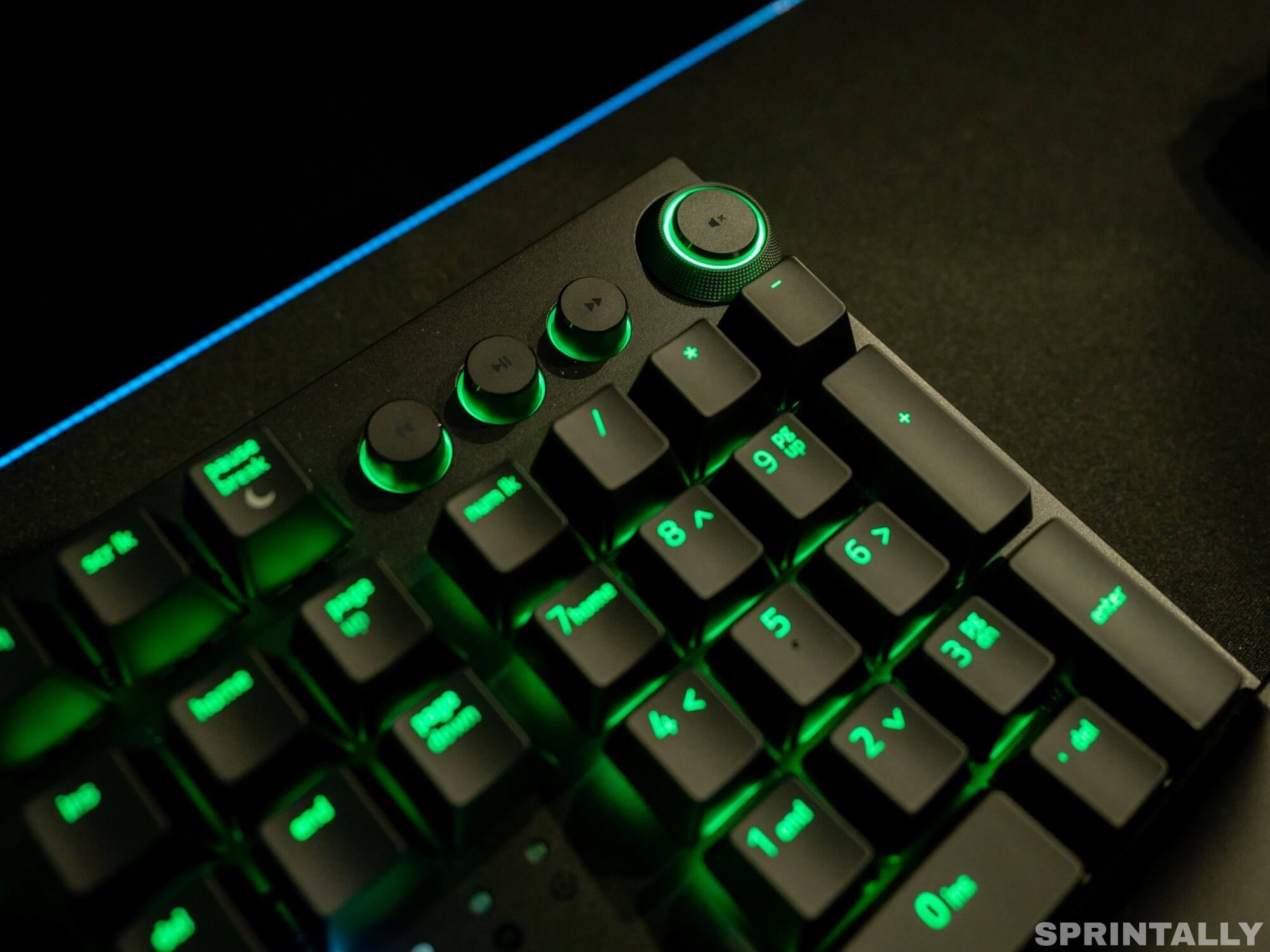 Razer Blackwidow Elite is already aiming for me for longer tests and I feel that after they are done I will have to change the keyboard. Unfortunately, it will not be a cheap change, because the new Razer keyboard will cost as much as 189 euros. About 20 euros more than the predecessor.

Razer Mamba is nowadays a synonym of a gaming mouse. This is one of the most used rodents in e-sport, appreciated by players and players around the world. 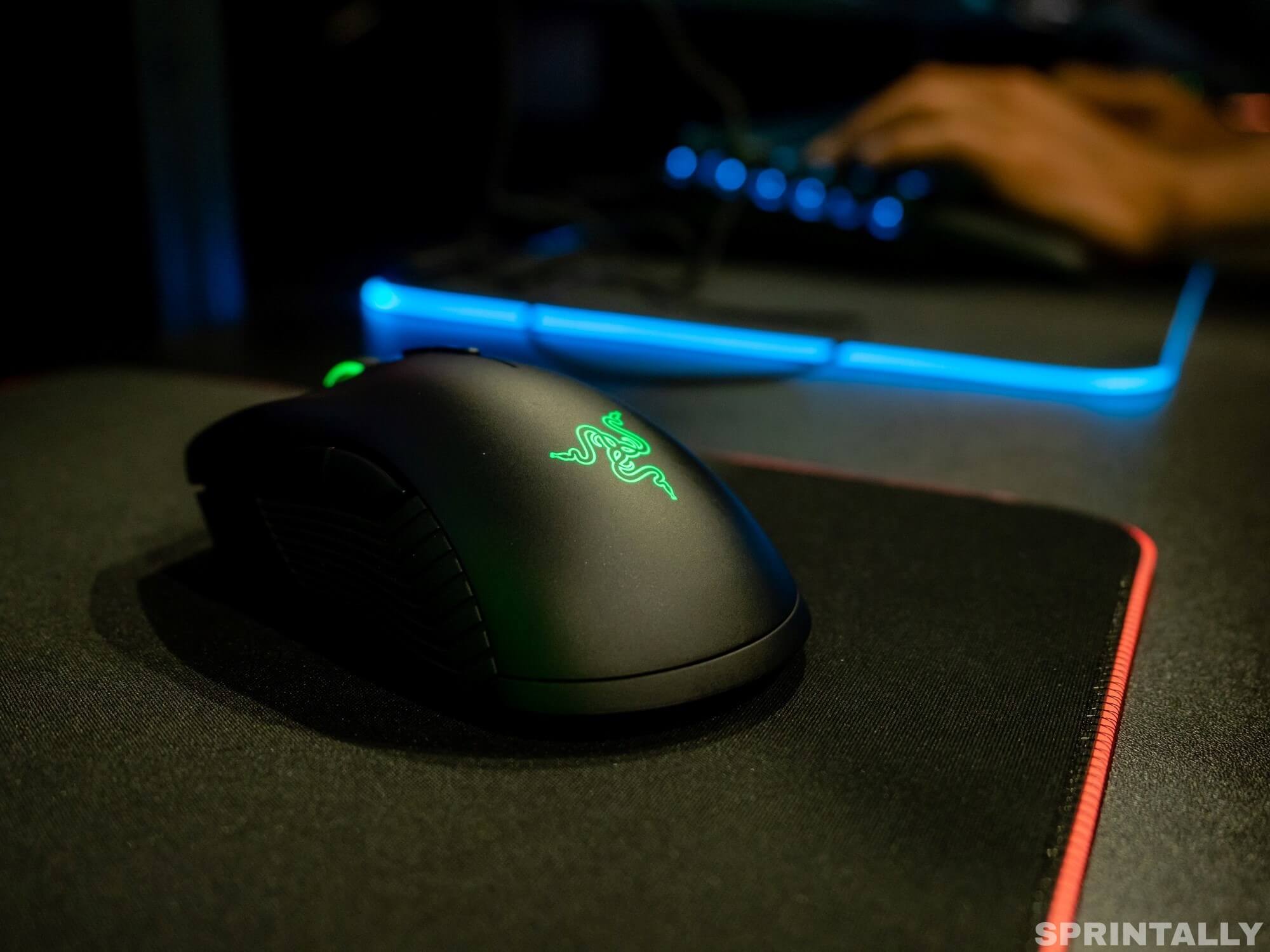 Recently, I had the opportunity to test Hyperflux wireless mambę, which unfortunately was ridiculously expensive. The new “regular” Mamba Wireless will be cheaper not only from the Hyperflux edition but also from its immediate predecessor – we will buy it for 99 euros. 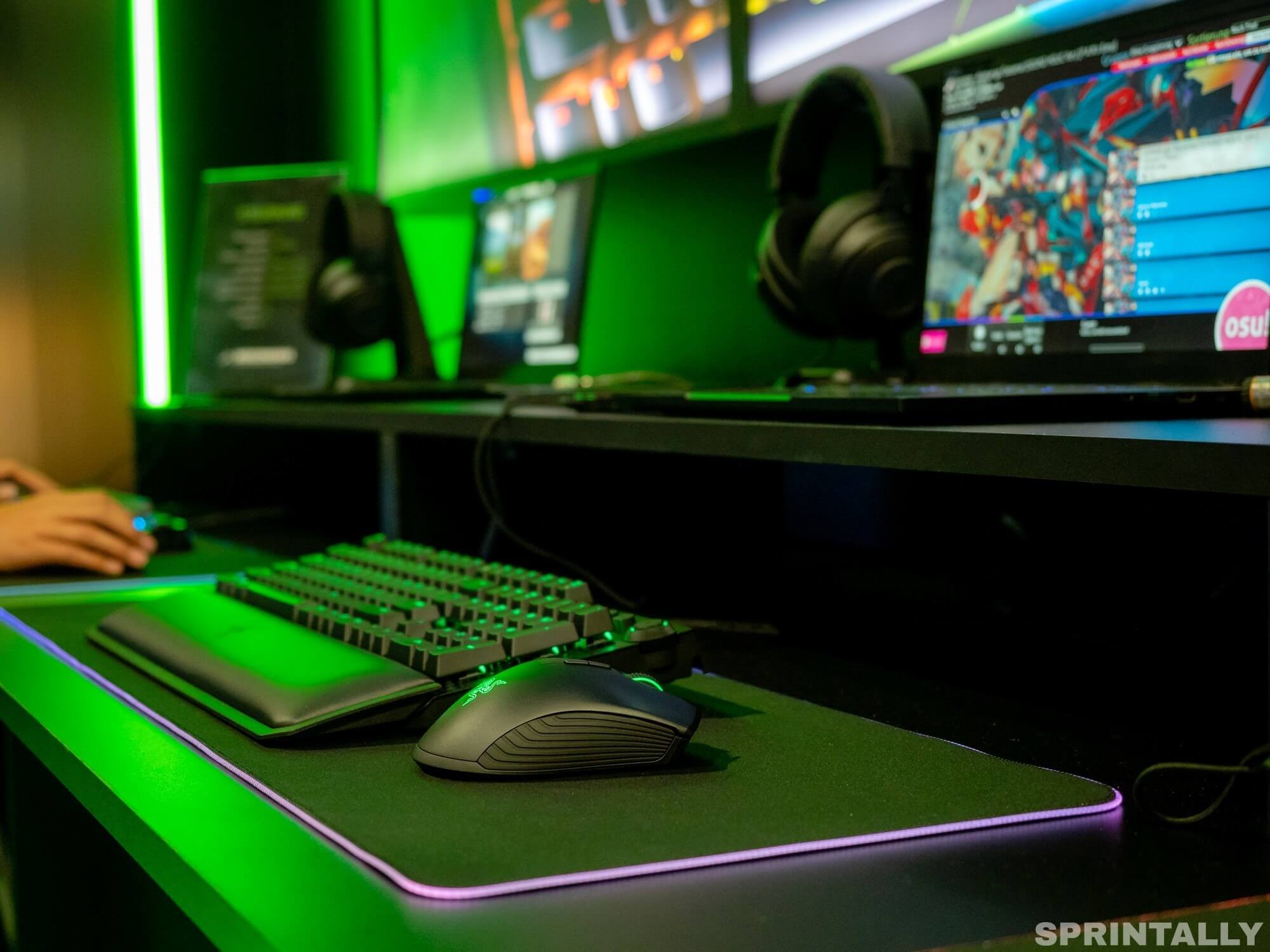 The only change from the previous version, apart from the price, is three times longer working time on one charge, which now reaches up to 50 hours.

Razer Kraken Tournament Edition – headphones not only for e-sportsmen.

The new Kraken’s Tournament, have been nomen-omen designed for e-sport tournaments, but home-grown players should also like it. 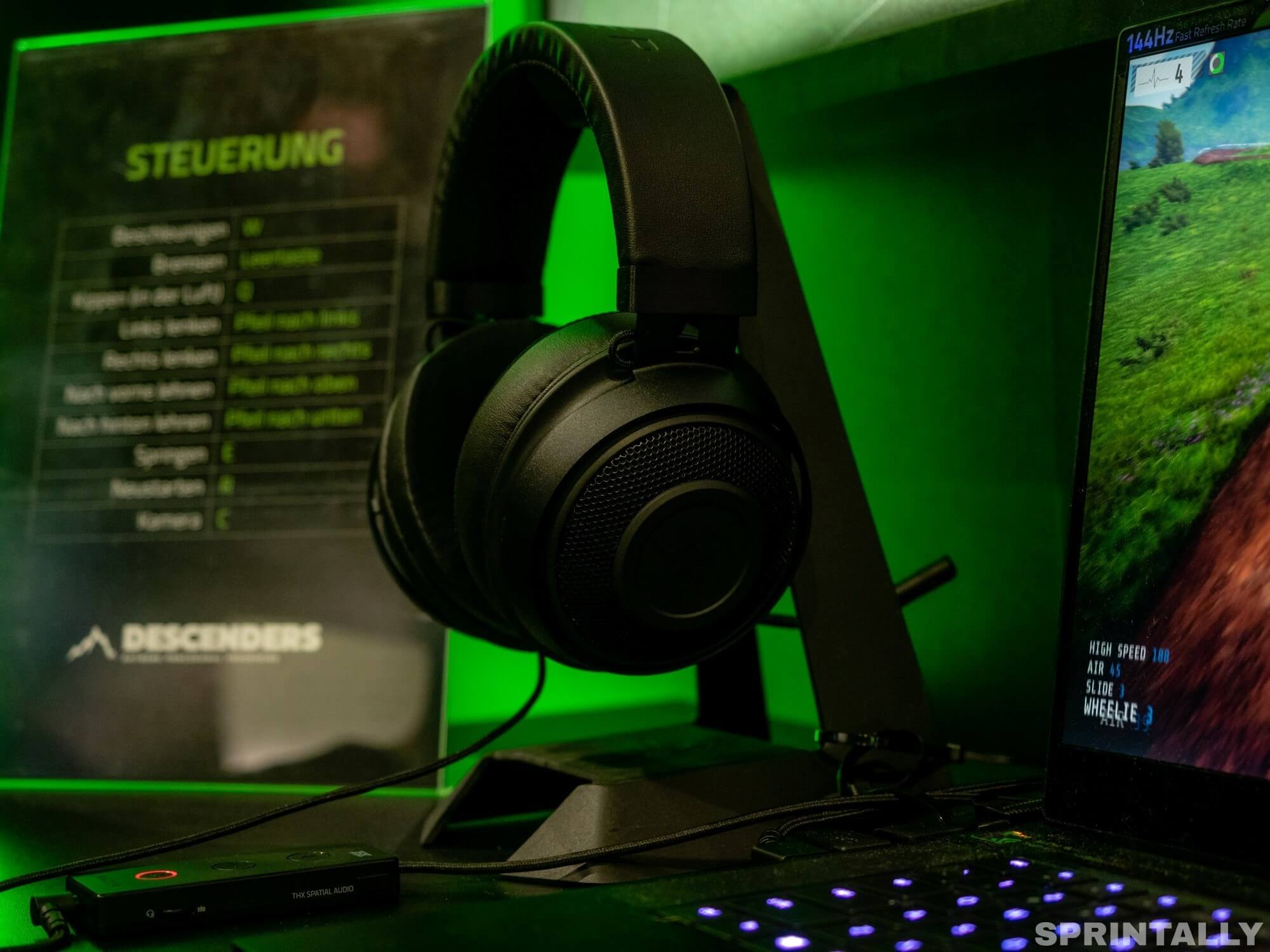 The most important novelty in relation to the previous version of the Kraken series headphones is the use of an external controller, on which we can adjust the volume, the microphone (including the mix between the sounds of the game and chat) and turn on or off the THX surround effects. 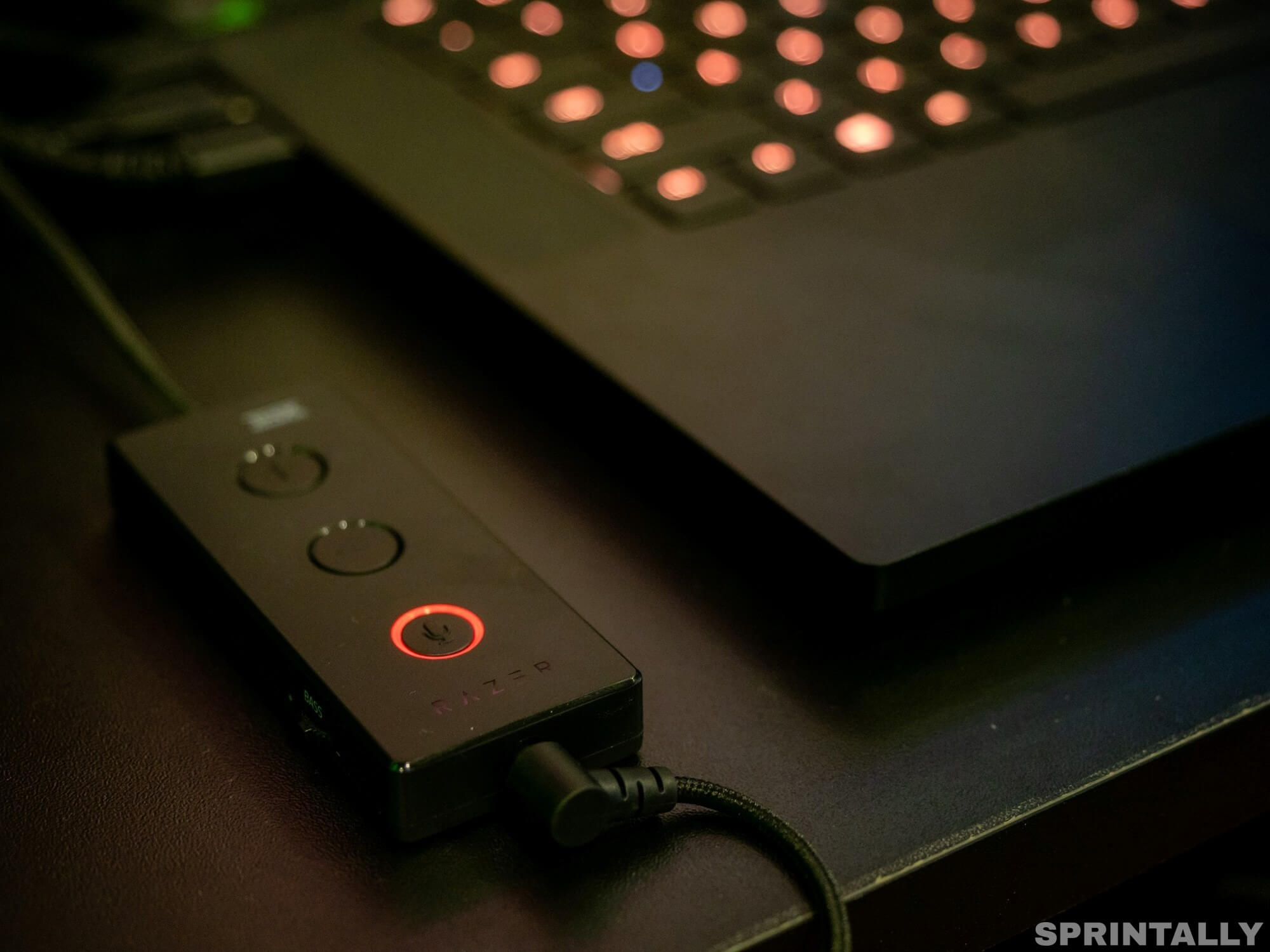 I had the opportunity to listen to a special demo of this spatial sound and I admit that it makes a powerful impression, especially in headphones of this class. 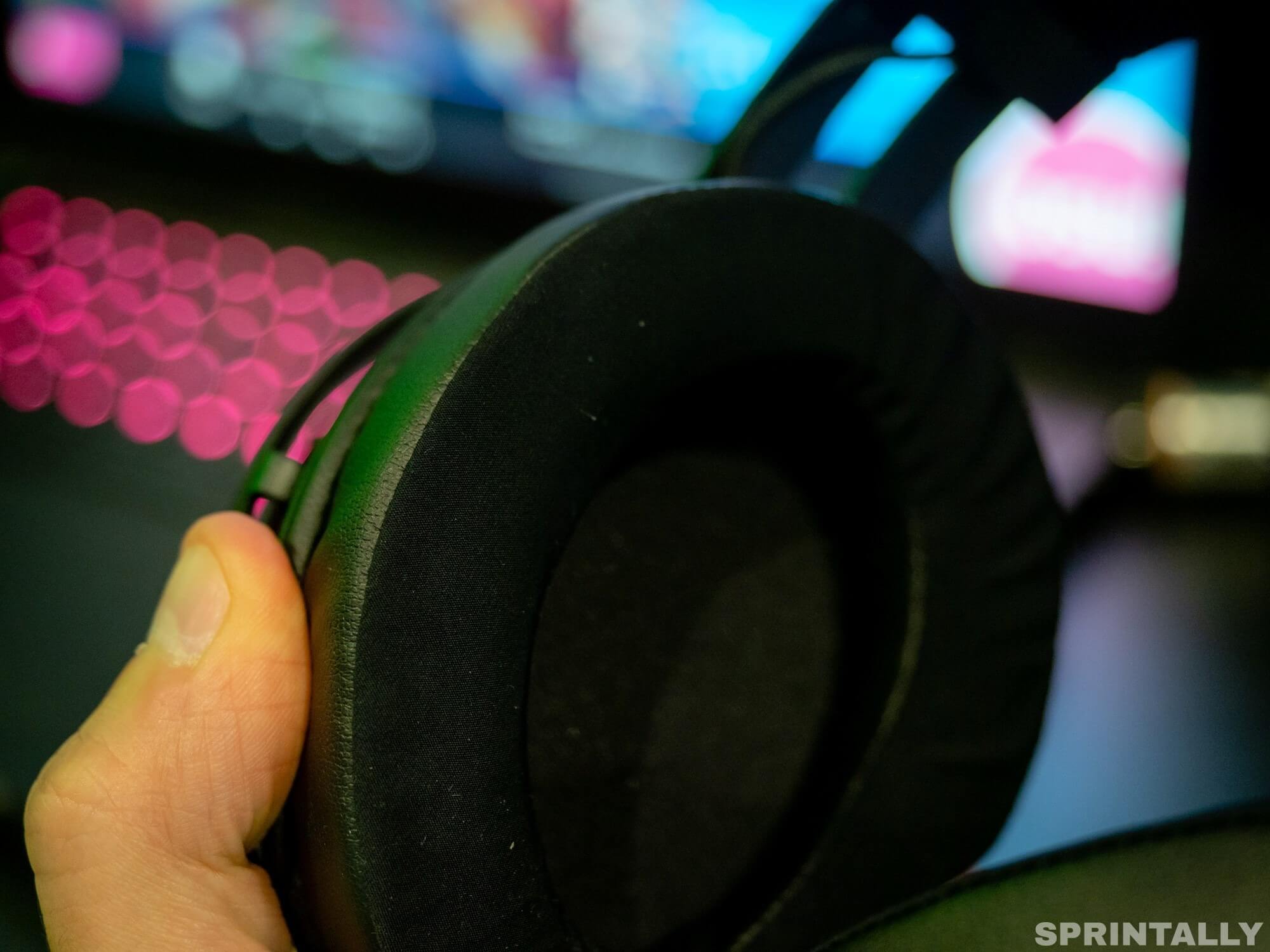 We will pay for them only 99 euros, and in return – in addition to the spatial audio THX – we get headphones designed for long-lasting gaming. This was my biggest accusation against the previous Krakenów: they were not comfortable enough to sit long hours in them. Here should not be a problem, and the new material, which is covered with earmuffs, is wonderfully comfortable. 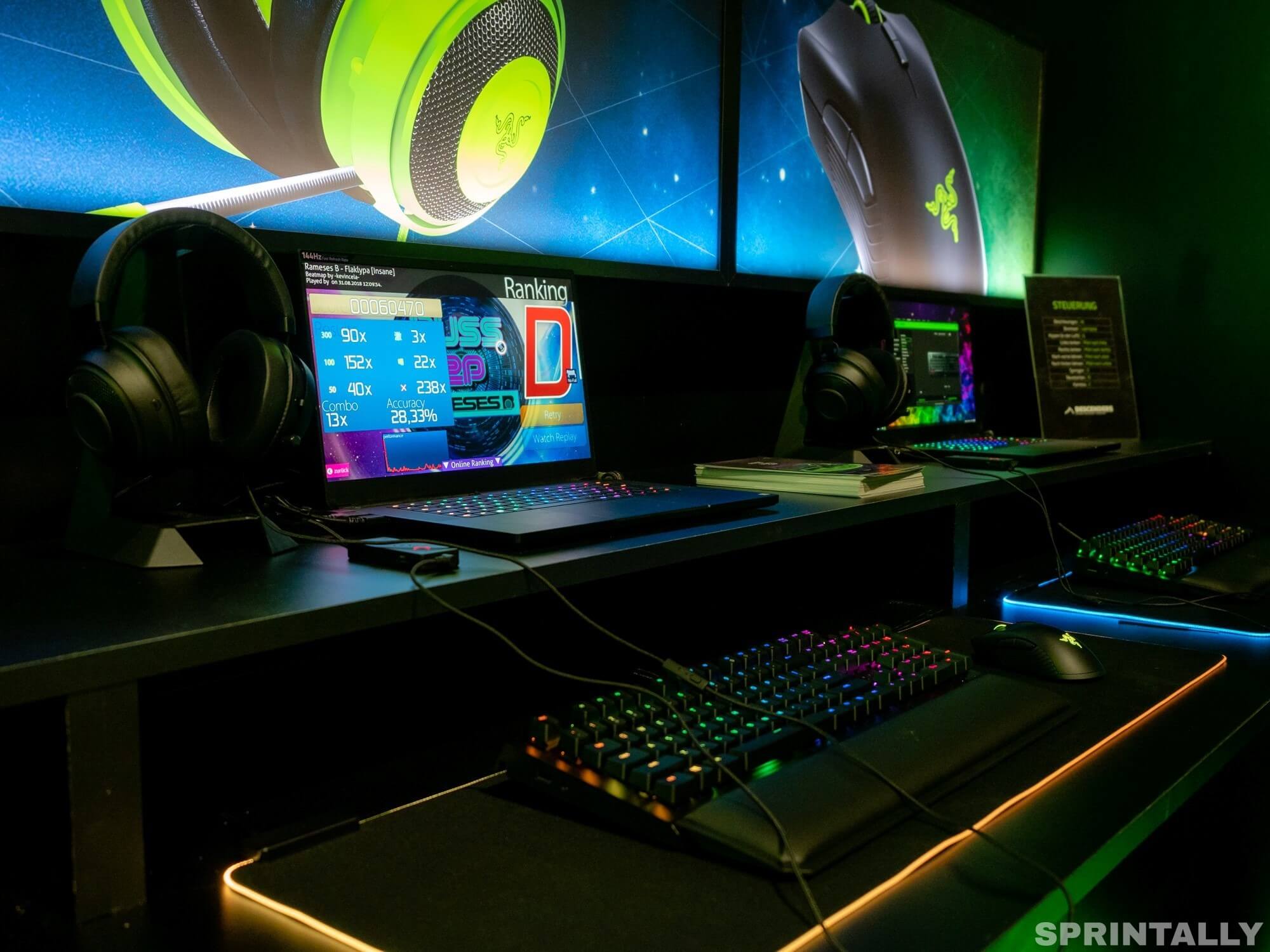 Razer’s new equipment will soon be available for sale in the USA.

And soon you will read more about them in Sprintally.

You can see that in recent years the gaming accessories market has accelerated unbelievably, and manufacturers are outdoing themselves in improving their products.

And when it seems that there is no chance of improving a product anymore, it turns out that manufacturers are still able to move this boundary to meet the growing expectations of players and the e-sports industry.