Top 10 most expensive horse breeds in the world

Most expensive horse breeds: It isn’t easy to imagine a more graceful, noble, and delightful animal than a horse. It has served man since time immemorial, Authors wrote fairy tales about horses, and poems were dedicated. The horse often became the savior of heroes in an unequal battle.

There are many types of horses; some are inexpensive, but others exceed the cost of even a modern apartment in the city center. What causes this price? – you may ask. Everything is simple. A good horse is a profitable investment because there are not many breeds of horses in the world that can be called racehorses; they have been bred for decades. Racehorses are rare, hence the high cost.

Do you want to know how much the most expensive horse in the world costs? We present photos and prices of rare and beautiful breeds of horses that can participate and win in sports competitions.

These are the top 10 most expensive horse breeds in the world. 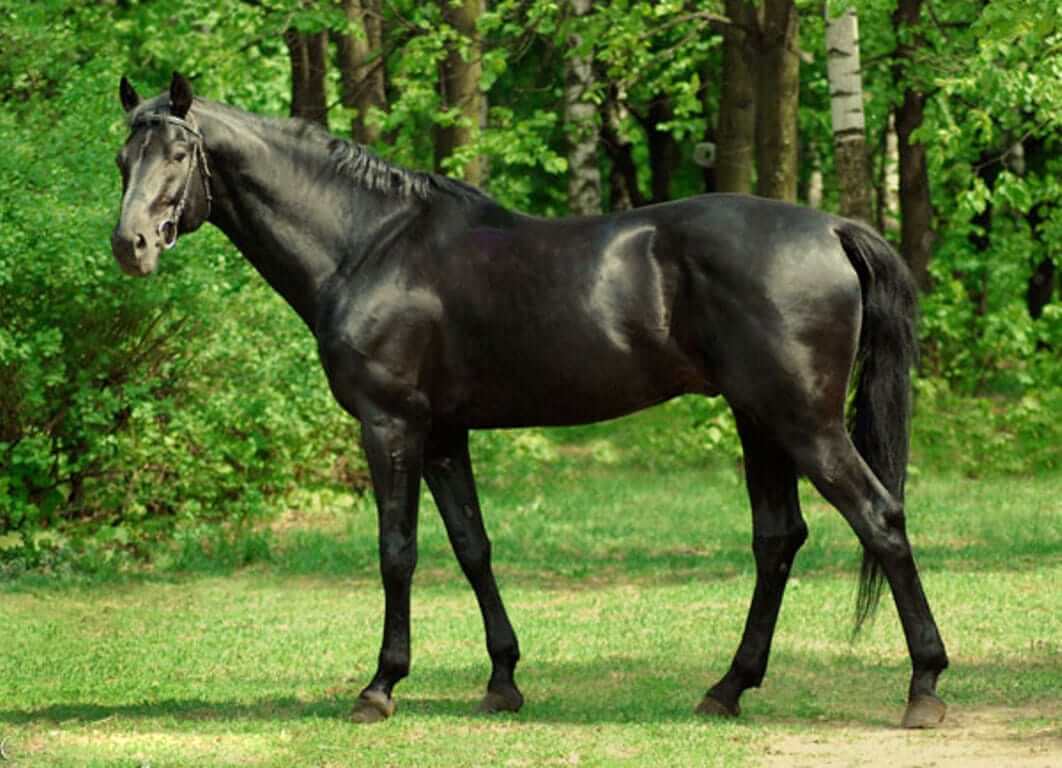 A thoroughbred horse is a horse bred in England, a natural champion of horse racing. It is valued more than any other breed. A horse presents in someone’s stable-emphasizes wealth and is a sign of nobility. Its physical abilities are a real delight!

A thoroughbred horse has a hot choleric temperament; it is very mobile and energetic. The character of this breed can hardly be called calm; on the contrary – it is explosive and even naughty. It is difficult for a beginner in equestrian sports to handle a thoroughbred horse, and it can even be dangerous in open terrain. Still, the horse shows excellent strength, high performance, and endurance. 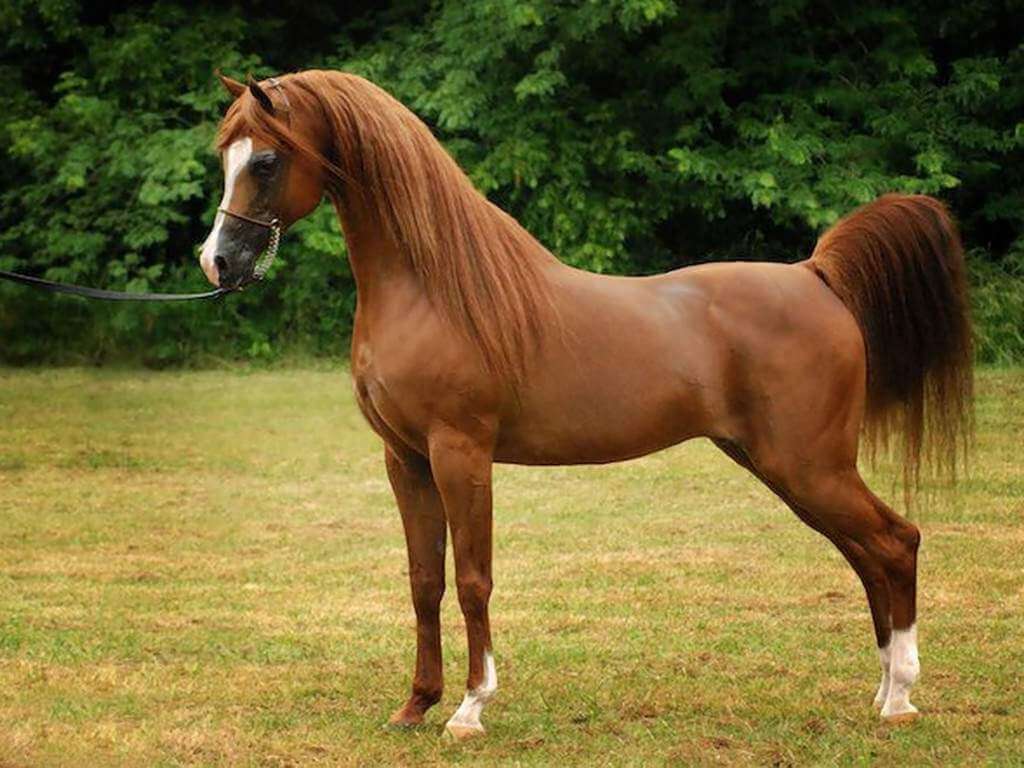 Arabian horses are one of the most ancient breeds of horses. They were always valued for their good nature, endurance, and energetic temperament.

As for endurance, this is an indisputable fact because during the Crimean War (1851-1854), with a rider on his back, this horse covered a distance of 150 km and at the same time never stopped.

The Arabian horse is a long-lived animal and can serve its owner with good maintenance for about 30 years. The horse has excellent musculature, strong, elegant legs, and a developed chest, which can be seen in the picture. The most expensive horses of this breed have a raven color. 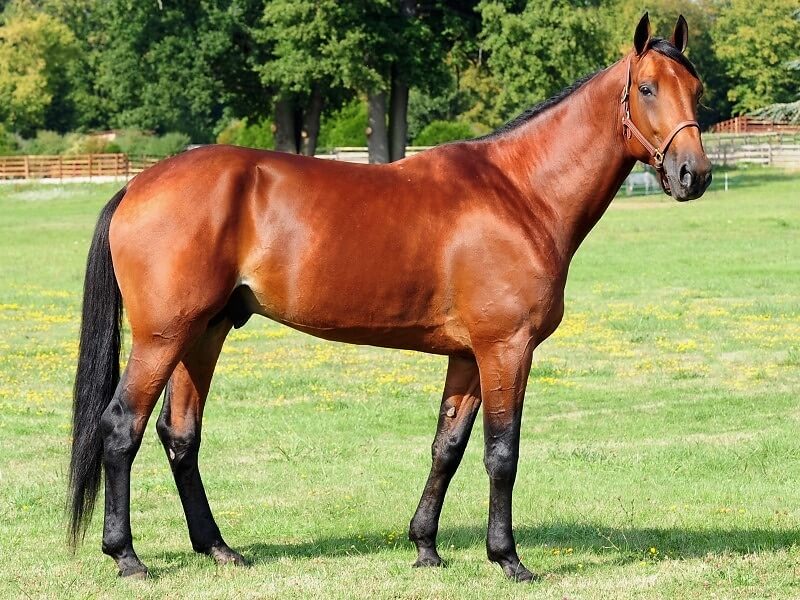 This breed of horse is considered the fastest. The American trotting horse was bred in the United States in the early 19th century for specific purposes: ambling on racetracks and trotting. The main thing paid attention to was the horse’s speed (the animal ran a distance of 1 mile (1609 m)).

The Yankees did not pay much attention to appearance because the horse did not have an exterior standard. The horse’s character is quite balanced. Standardbred horses are not capricious, so they are easy to handle, even novice riders.

Interesting fact: the grey suit is considered a sign of the English riding horse. 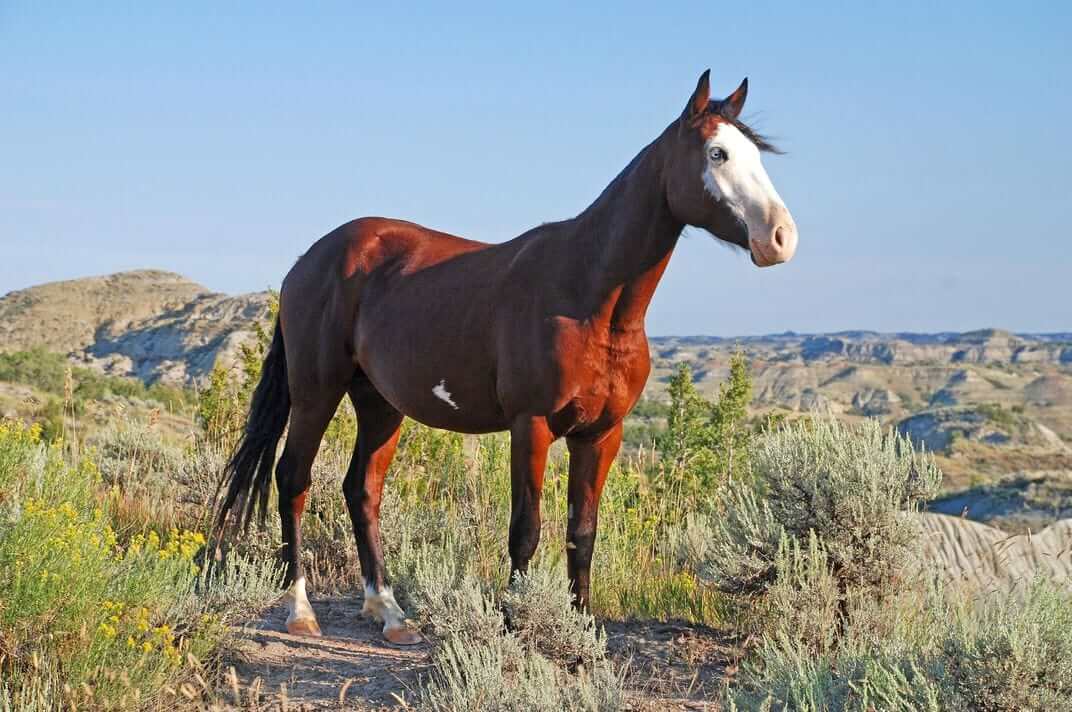 This beautiful horse has been known to many since childhood from books about the American prairies. The mustang is quite wayward and does not lend itself to training. However, the horse’s beauty, incredible speed, and grace cause delight and attract attention. Due to their mixed ancestry, the features of this breed are blurred, but they are all equally strong, hardy, and strong.

All mustangs are currently protected by US law. In the 16th century, mustangs were brought from the Old World to the continent by Conquistadors. Many of the horses fought off the herd, fleeing to the desolate American steppes, where they interbred with other free horses. They easily adapted to the wild natural conditions due to the comfortable climate for horses on the continent. 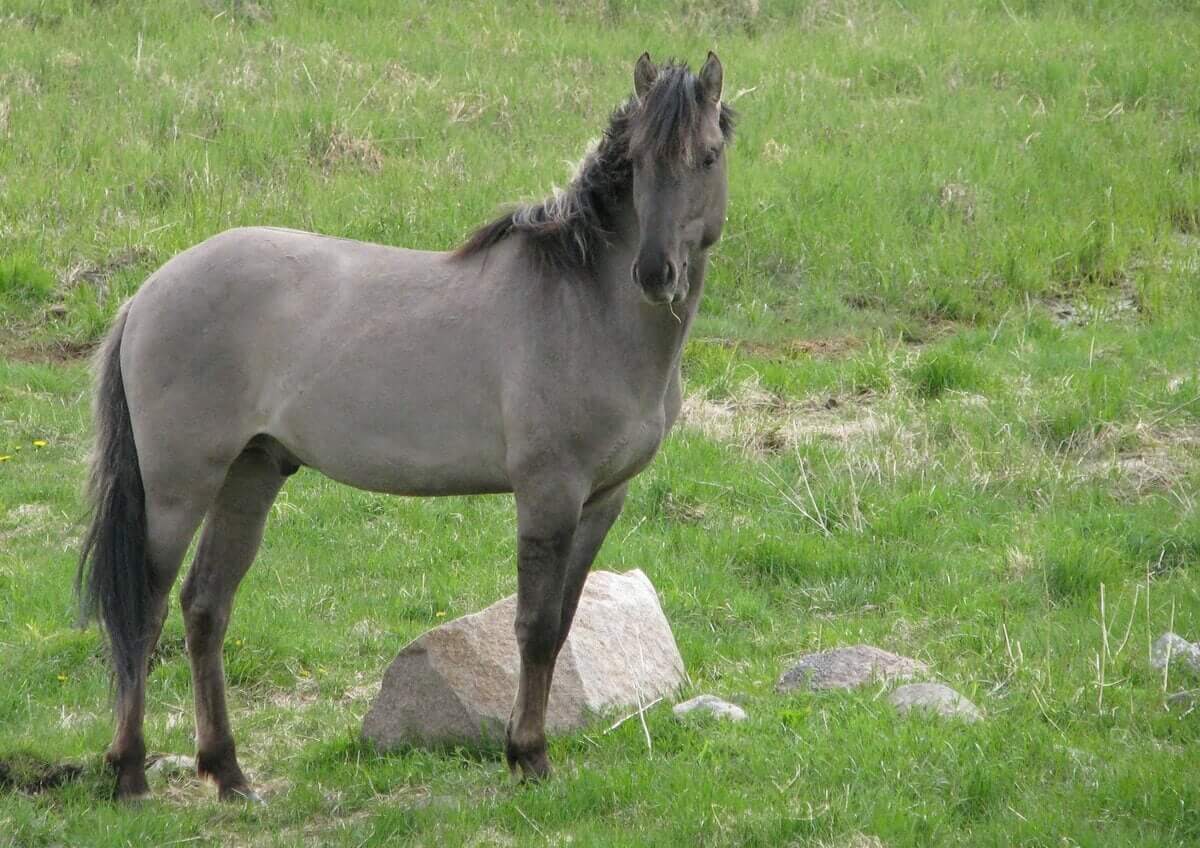 Sorraia is a well-known breed among equestrians and horse lovers, but those not fond of horses are unlikely to have heard of it. This is not surprising since the barn is one of the rarest and most expensive breeds. Horses have a rather modest appearance-a mouse suit.

This rare breed is an “endangered species,” which can not but upset. The horse, originally from Portugal, was captured by local farmers for centuries, tamed, and used for work in the fields.

Gradually, this breed began to be domesticated, and their descendants lost their characteristic features. In appearance, Sorraia is quite fragile: it has a thin backbone, a small head, and a long neck, but grace has never prevented the horse from surviving in places with a difficult climate so that the breed can be attributed to one of the hardest. 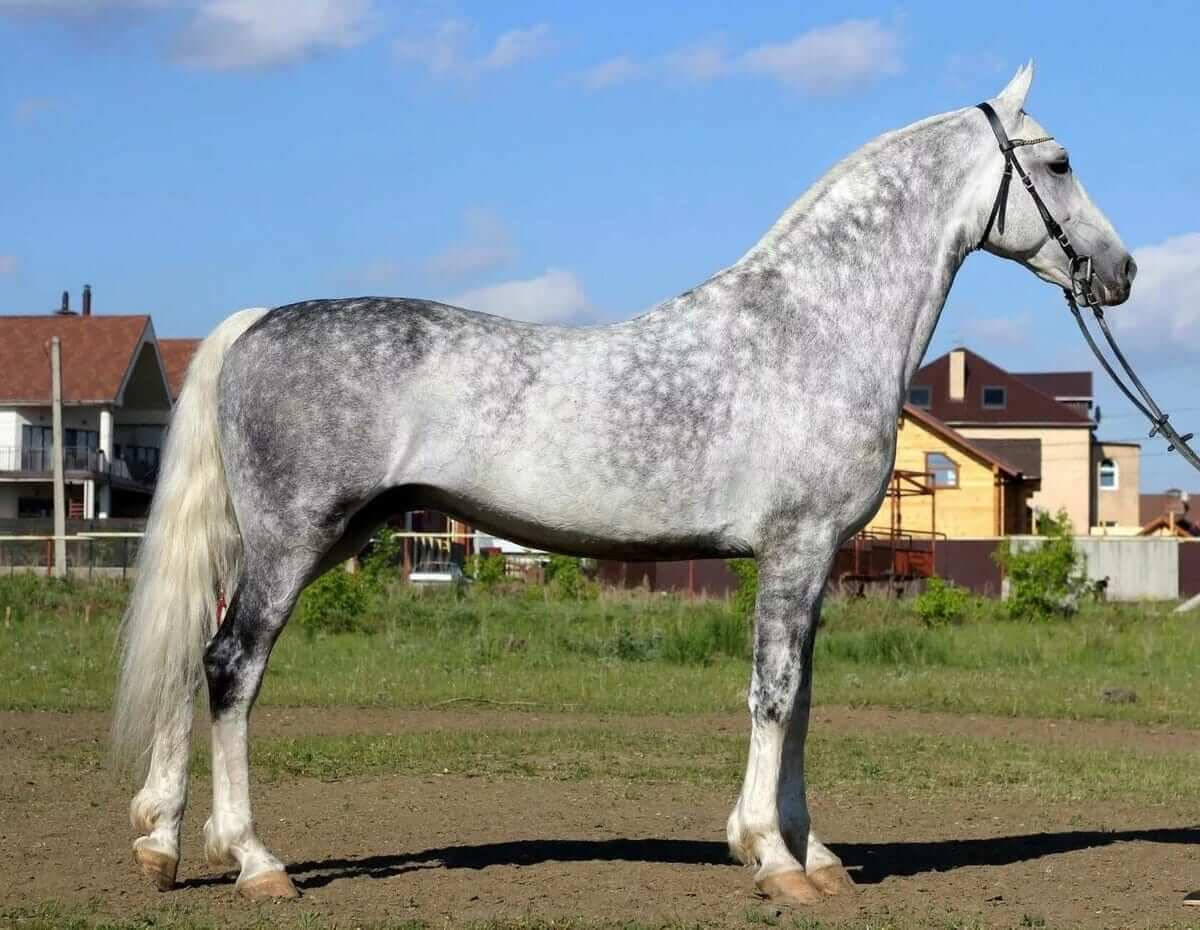 The Orlov Trotter (also known as the “Oryol trotter“) is a famous Russian breed of light-harnessed horses. There is not a single analog of this horse in the whole world. The horse was created at the Khrenovsky stud farm at the beginning of the XIX century and named after the owner of the plant – the famous count A. G. Orlov.

Today, elegant and statuesque Oryol residents are called the living brand of Russia; they are used in almost all equestrian sports. The character of the Orlov Trotter is kind, peaceful, and cautious. Breeding stallions are temperamental and fast, but they can obey the rider’s commands with proper training.

Interesting fact: the Orlov Trotter horse breed was used in the mounted police in Soviet times. 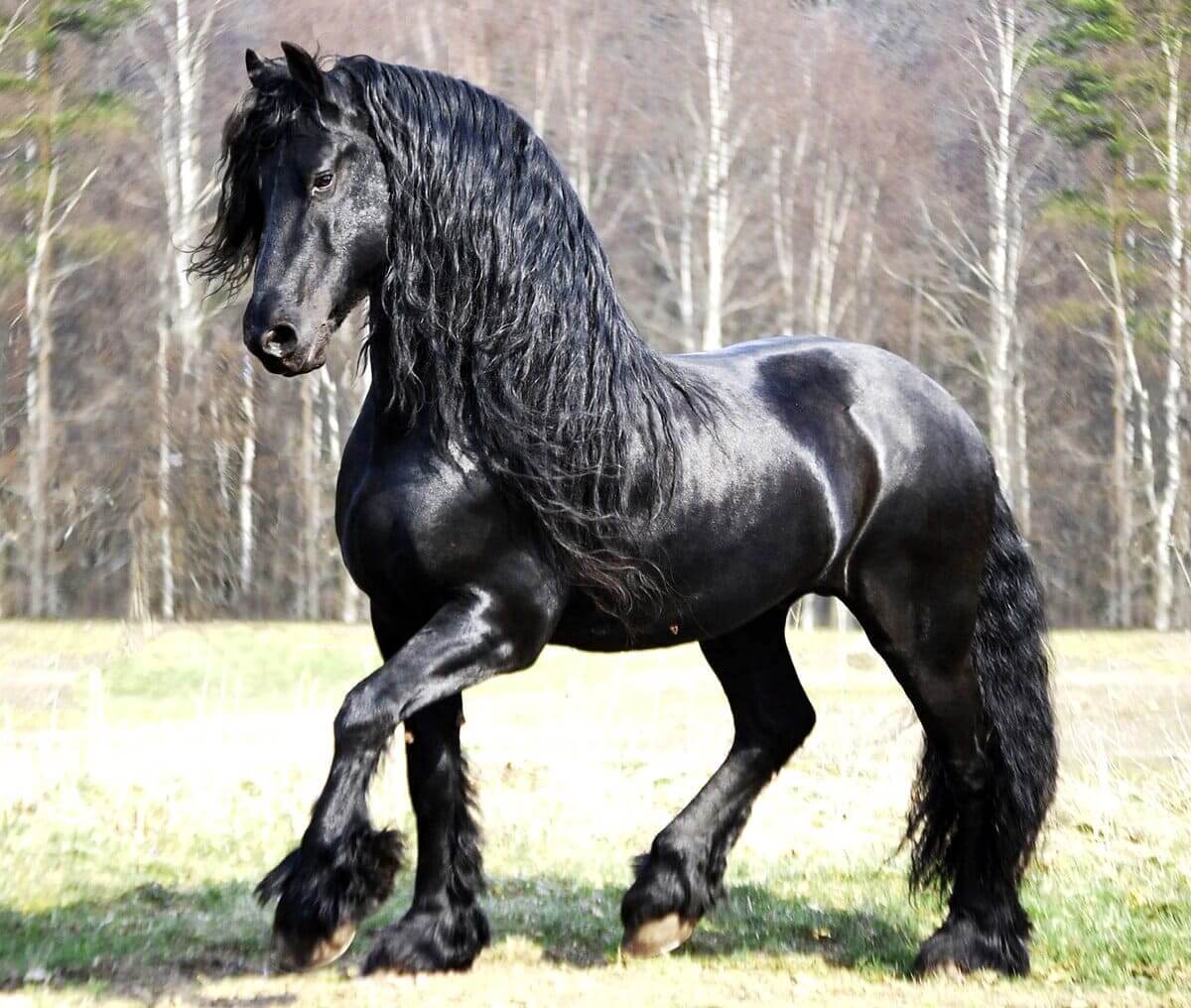 The Friesian horse breed is one of the oldest in Europe. In the West, they are sometimes called “black pearls” because the Friesian is an incredibly beautiful black horse.

People first heard of them in the 13th century because knights wore these hardy horses with their armor.

By nature, these horses are very calm and peaceful, thanks to which the companionship is favorable. Still, if we talk about sports riding, the Friesian horse is not very suitable for these purposes. You can make friends with these beauties, take photos, and walk on horseback, but their trot is too weak. 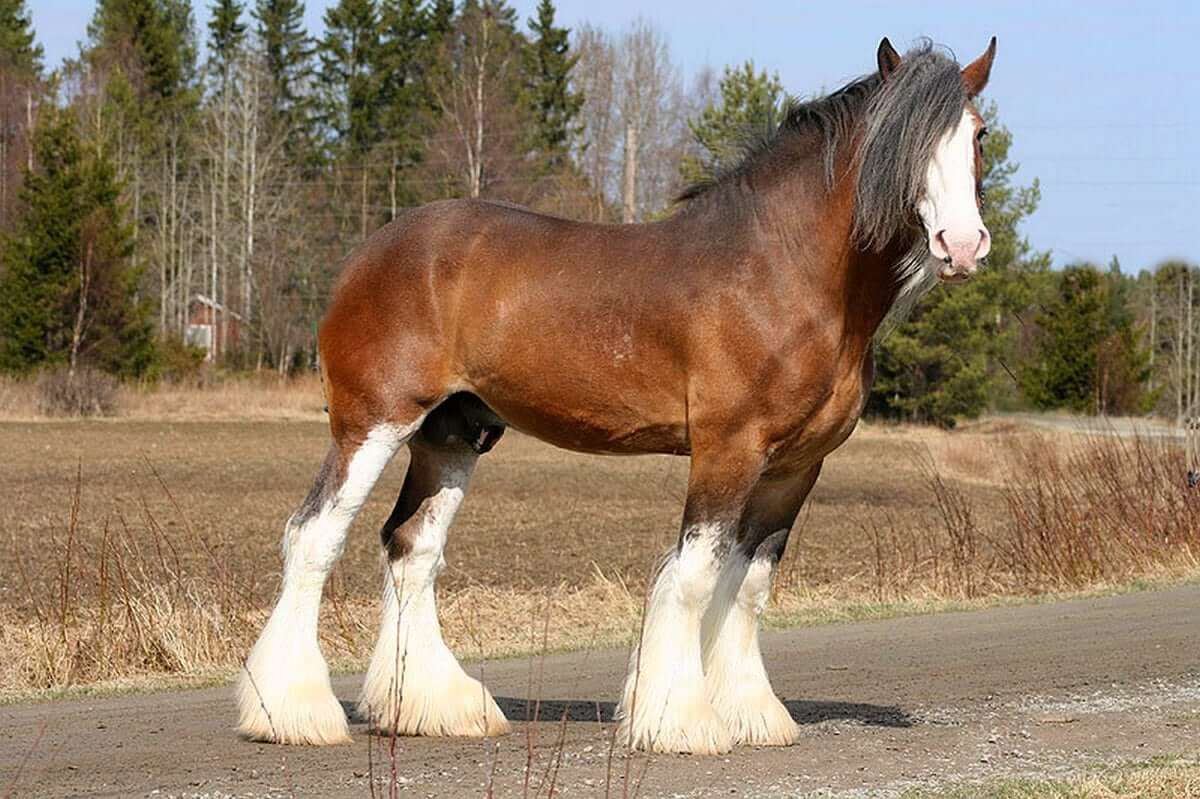 Clydesdale horse belongs to the heavy-duty variety, and its weight can reach 1 ton, so it is not surprising that today the breed continues to be used as a cargo carrier.

Hardy and strong Clydesdales existed in the Middle Ages, but in the XVIII century, they changed by the order of Hamilton IV. He decided to improve the exterior and working abilities of the horses, for which he crossed Scottish mares with Flemish priests who were brought from Holland.

After the population of this breed, Clydesdales began to be purchased en masse by well-known horse breeders to breed new breeds. This horse is used for sports, and in particular for competitions. 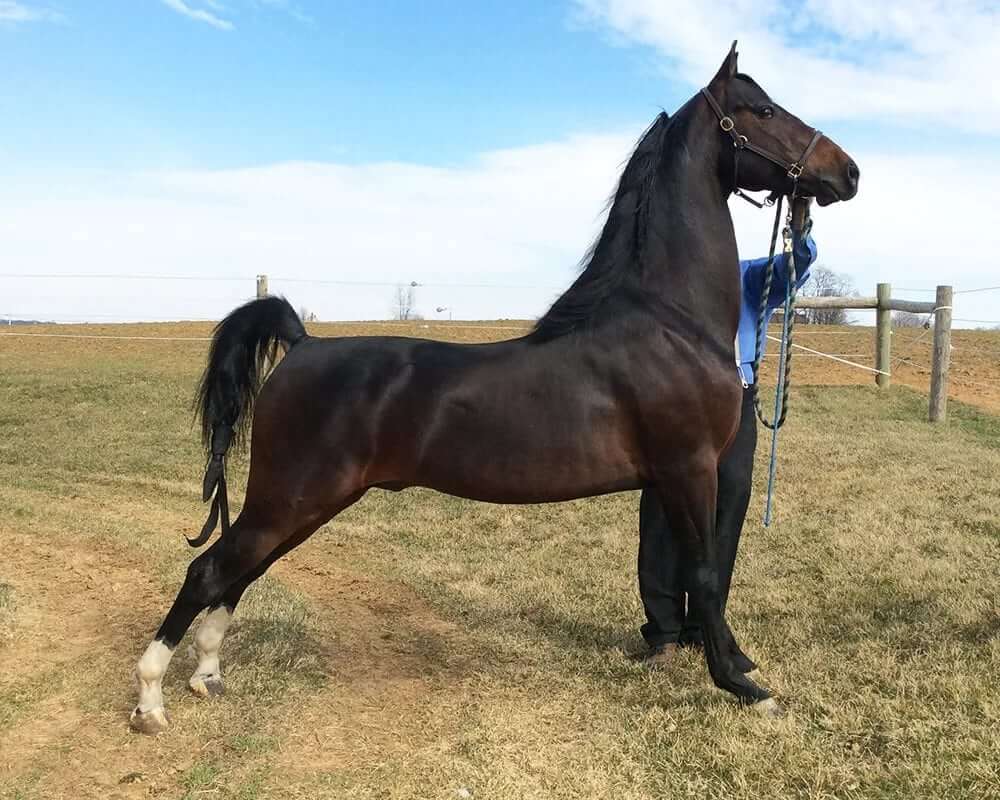 Morgan is one of the first breeds bred in the United States; it is a beautiful horse with increased efficiency, harmoniously built, and hardy.

The breed of horses is distinguished by complaisance and agreeableness. Morgan can be seen in circus performances; compact horses quickly learn tricks and do not require a spacious arena.

By the way, the horse received this name in honor of Justin Morgan. In 1790, the musician Morgan received a one-year-old colt of unknown origin, Figur, to pay off a debt. According to the assumptions, his ancestors were Dutch, English, and Arab racehorses. Later, the horse began to bear the name of its owner – Justin Morgan. 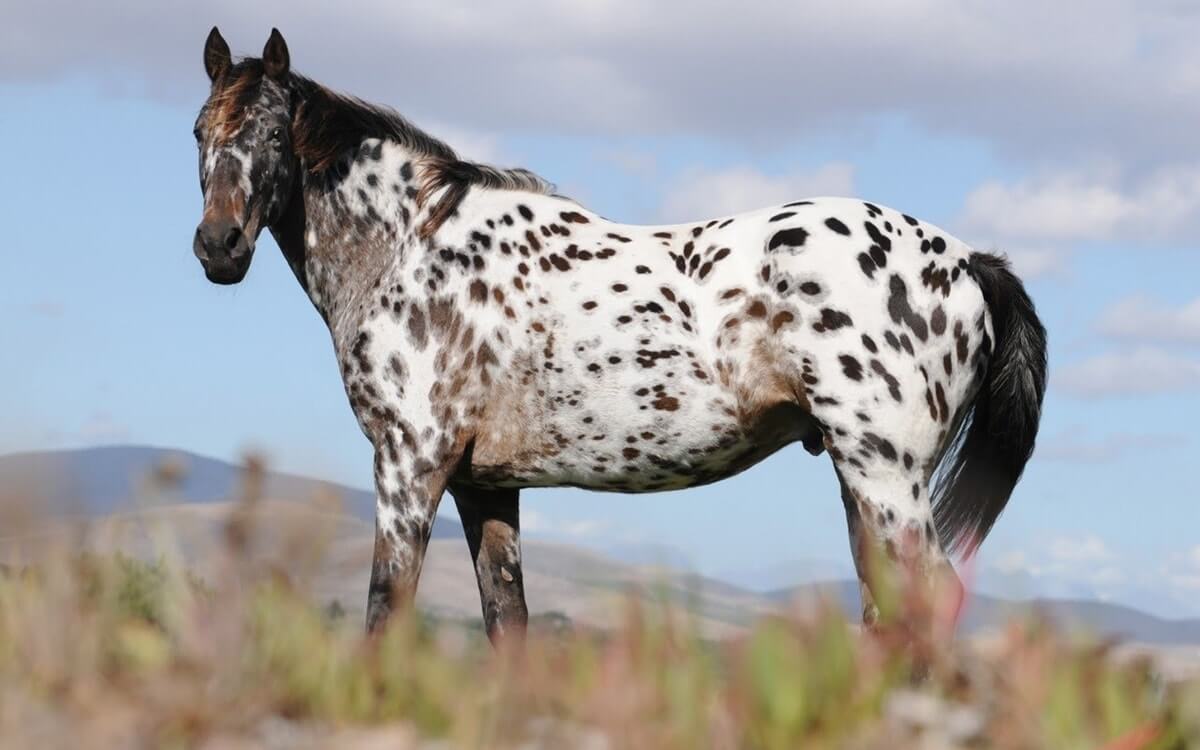 A mottled horse with spots is recognized as one of the most unusual suits! Appaloosa is characterized by striped hooves, mottled color, and white conjunctiva.

The horse attracts attention for its bright color and character; this breed is very smart, kind, and loyal. Mostly horses of this breed are common in the United States and become an excellent companions for those who participate in horse races or rodeos.

It is known that the Appaloosa was brought to America by the Spaniards, and the Indians domesticated them in the XVI century. By crossing, they got a breed characterized by speed and endurance.