Top 10 most beautiful animals in the world

Most beautiful animals: Beauty is subjective; each person has ideas about the ideal. The animal world is no exception. Of course, wild animals do not participate in contests and competitions, but people do not get tired of making numerous ratings, even if they have nothing in common, and it makes no sense to compare them with each other.

After all, some animals amaze absolutely everyone with their appearance. You want to admire and admire them.

In this article, we will talk about the” kings and queens ” of the fauna. We present you a ranking of the most beautiful animals in the world: the top 10 best photos with the names of beautiful creatures of the planet (according to most people).

These are the top 10 most beautiful animals in the world. 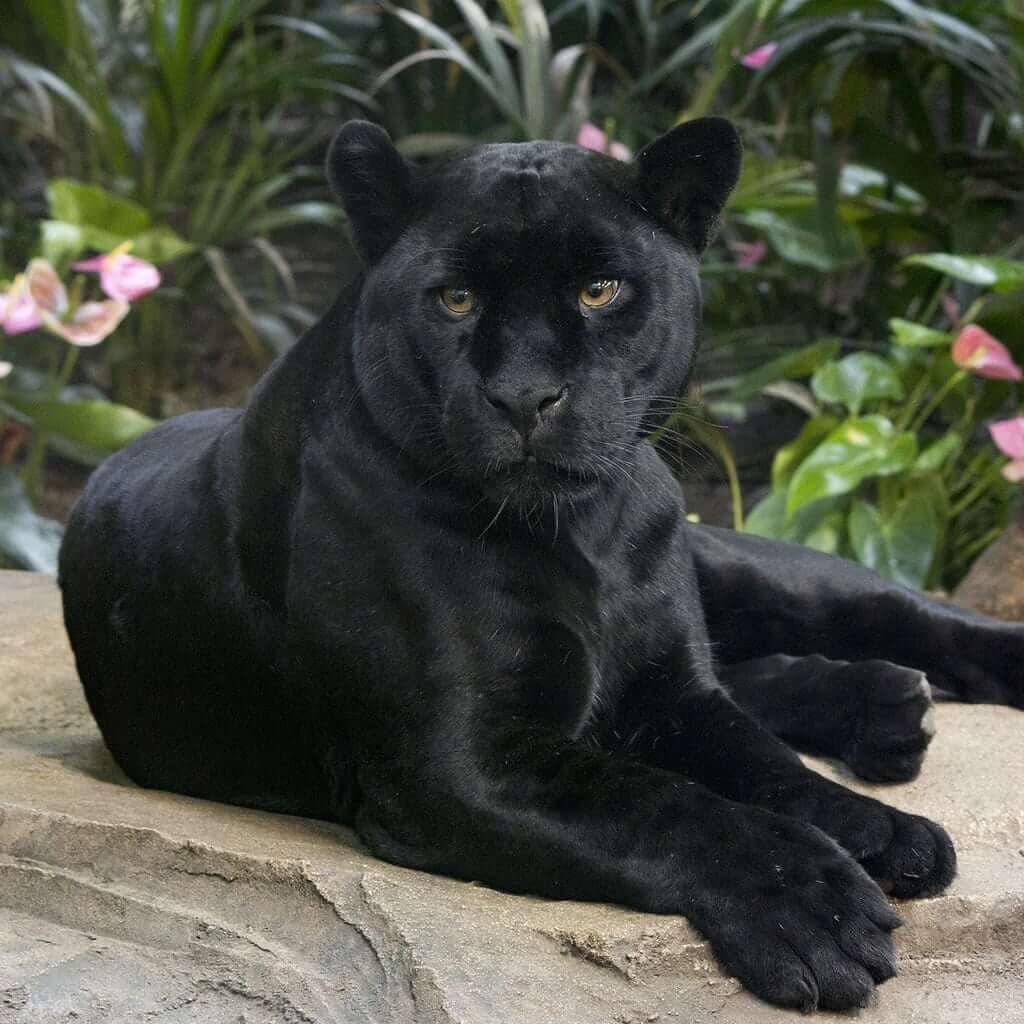 The panther’s skin is a deep black, and they are leopards, but scientists distinguish them as separate species for several reasons. If you look closely, you can see that the animal is spotted.

Panthers live in dense forests, and due to the dark color of their fur, they become almost invisible.

Their habitat is the African continent, Asia, and South America. They do not live long, only 10-12 years. Height up to 70 centimeters, weight 30-40 kilograms.

Panthers differ from classic leopards not only in appearance but also in behavior. They are very aggressive.

The panthers are great hunters. They have no fear of humans. Unlike many other animals, Hungry panthers are not afraid to enter the village. 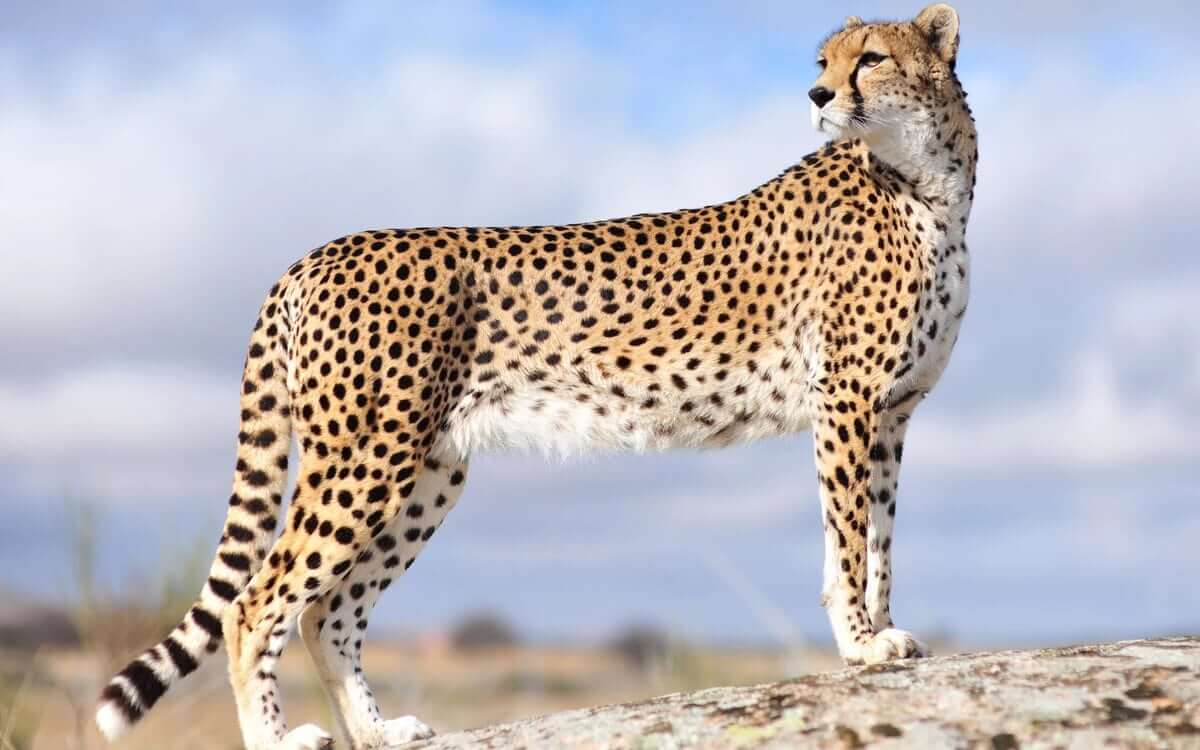 And again, cats are predatory mammals with an original spotted color. Cheetahs live in the Middle East and many African countries. They are very different from their relatives from other cat families.

Cheetahs have very fragile bodies and no fat deposits. An adult animal weighs from 45 to 60 kilograms, and its height ranges from 75 to 90 centimeters. The average life expectancy is 20 years.

Cheetahs are not only beautiful, but they also have a lot of other advantages. For example, they are excellent “athletes.” Cheetahs run very fast; in 3 seconds, the animal can reach speeds of up to 110 km / h. The animal can easily outrun a sports car. 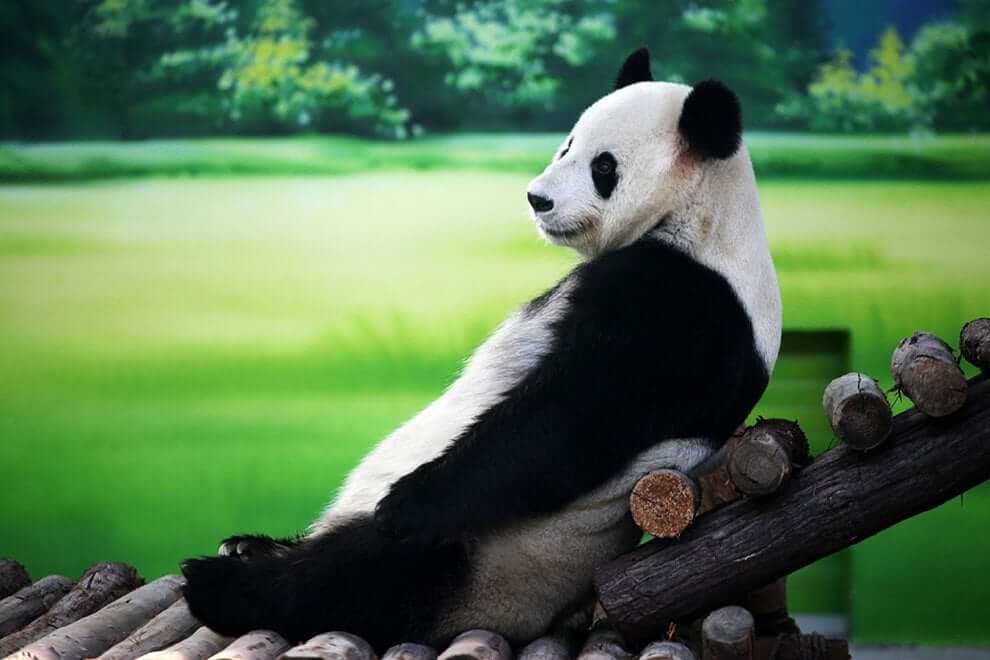 These animals are called bamboo bears, as pandas feed exclusively on bamboo. In the “beauty ratings” they get, thanks to their fantastic color. The body is covered with thick white fur. The paws, shoulders, neck area, and the spots around the eyes are black.

They are large, up to 180 centimeters tall, and weigh 160 kilograms. Its habitat is the western part of China, Sichuan, and the Tibetan Mountains. The average life expectancy is 20 years.

Pandas are listed in the Red Book, and these rare animals are protected.

For reference: in China, killing a panda is punishable by death. 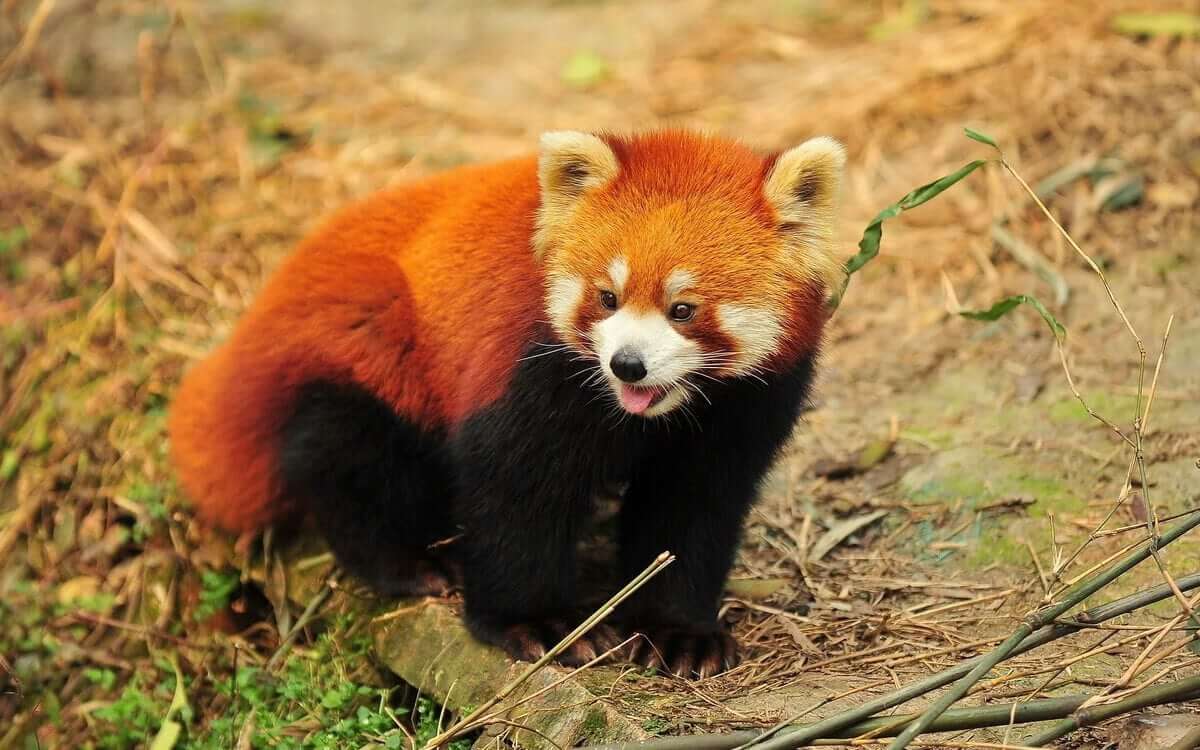 Most people in the world are crazy about pandas. They’re like giant stuffed animals. We have discussed ordinary pandas above, and now we will focus on red pandas. They are much smaller, usually no larger than a large domestic cat, with a maximum weight of 6.2 kilograms.

They have unusual colors such as red, brown, and walnut. Moreover, the lower part of the body is much darker than the upper one. White muzzle, mask (like a raccoon), black nose- these animals are very cute.

Life expectancy in captivity is up to 10 years, and the habitat range is Nepal, Southern China, and Bhutan.

The red panda is very interesting to watch, and its habits resemble a bear’s. They can stand up on their hind legs and get ridiculously angry. 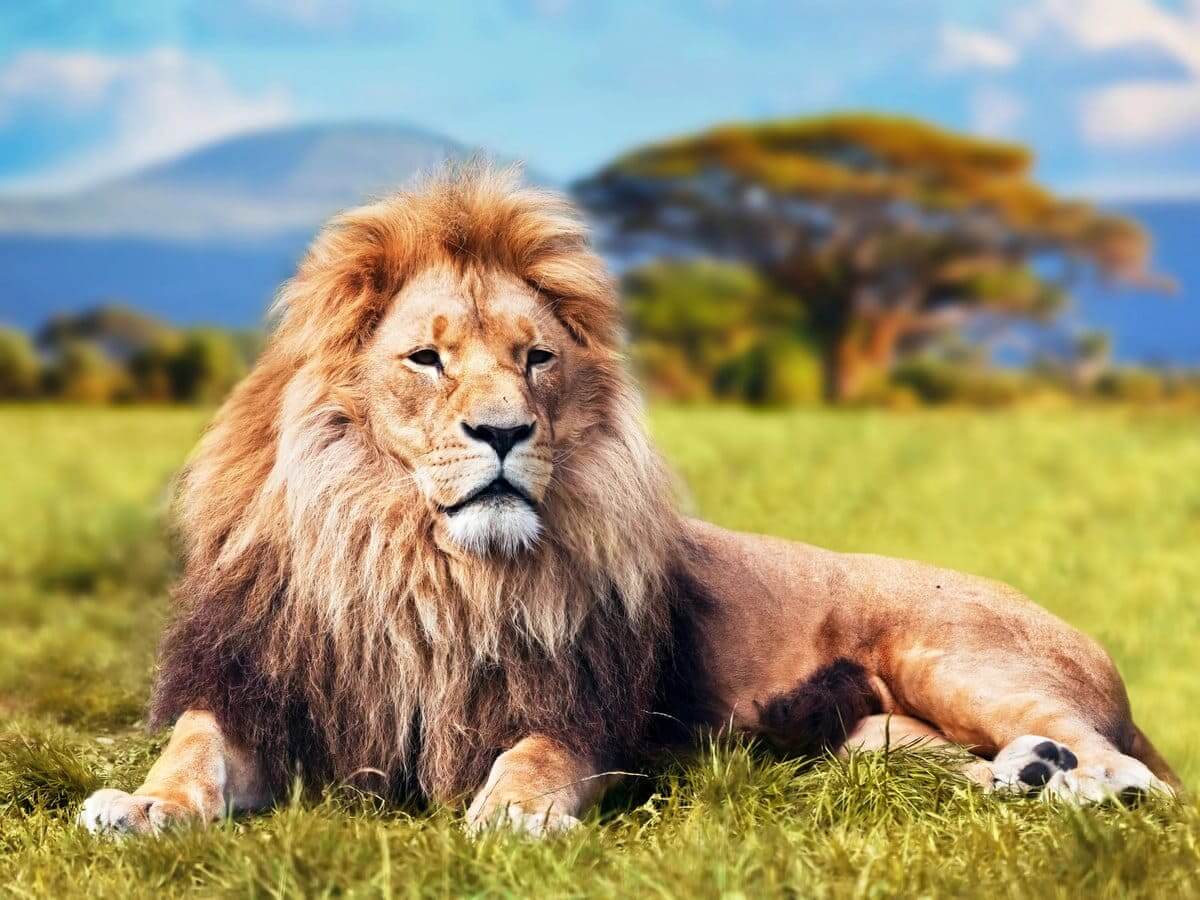 No wonder lions are called the kings of animals; they look great. Representatives of the cat family are quite large, second only to tigers in size, body weight – up to 250 kilograms, length-2.5 meters.

Male lions are much larger; they differ from females in a luxurious mane. Females are devoid of such decoration but no less beautiful. On average, lions live up to 15 years; they live only on two continents, Asia and Africa.

Lions gather in small flocks of 5-6 animals. In many European and Asian cultures, they symbolize courage, power, strength, reliability, and justice. This reputation is primarily due to their majestic appearance. 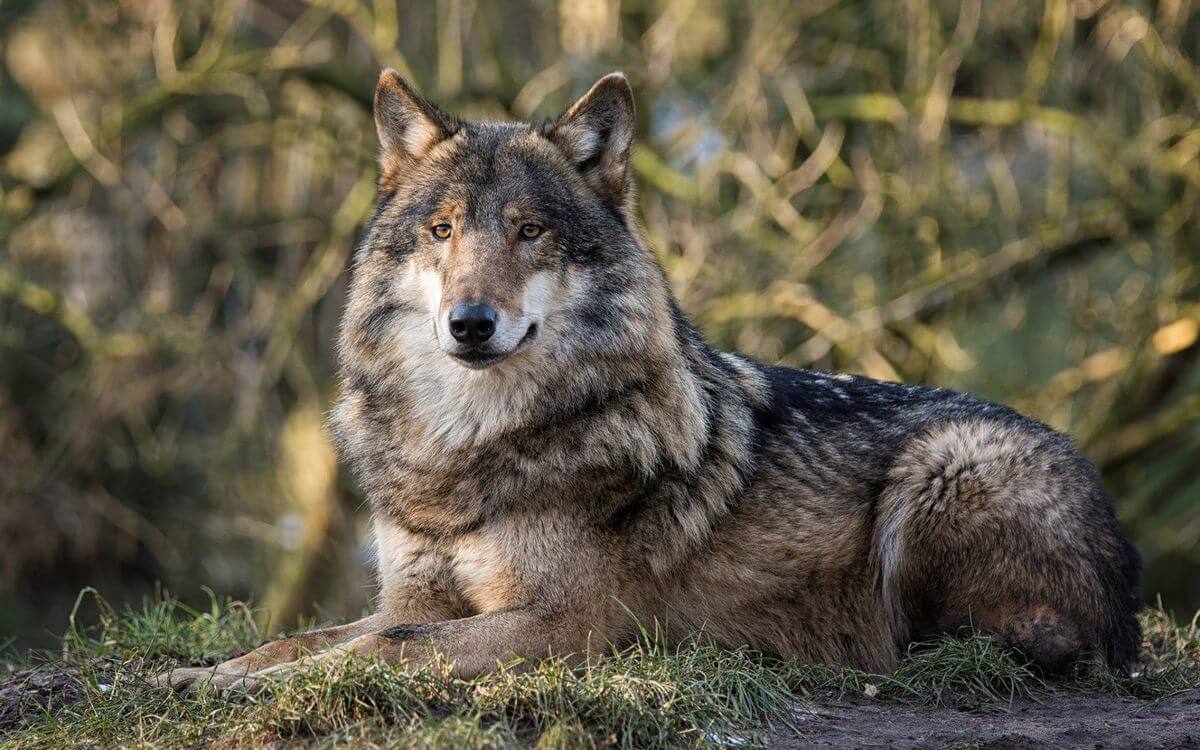 Wolves are large carnivores that can be seen in zoos. Unfortunately, their appearance often causes no other emotions than pity. In the wild, they look entirely different. These are beautiful animals that are both admired and feared.

Wolves have been distributed worldwide: Europe, Asia, and North and South America. They do not exist only on the Kuril Islands and Sakhalin in Russia.

The maximum height of the wolf is 85 centimeters, weight-50 kilograms. Bergman’s rule applies:” The harsher the environment, the bigger the animal.” Wolves are very similar to dogs. That’s probably why people like them so much.

The average life expectancy is from 8 to 16 years. They live much longer in captivity. There are many different species, and their representatives will differ from each other in size and color. 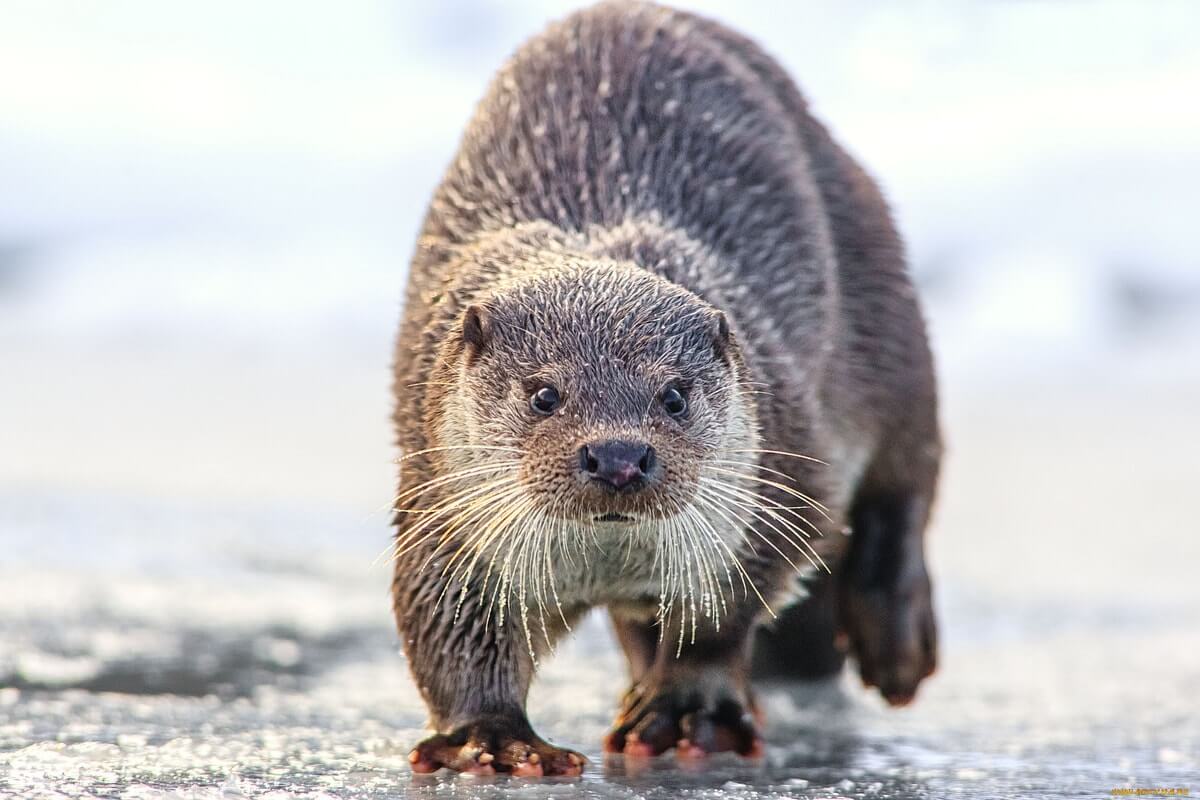 Predatory marine mammals that belong to the marten family. “kalan” is translated as the beast (Koryak language). The animals have other names, such as Sea otter and Kamchatka bear.

The maximum weight is 45 kilograms, the leading body length is 140 centimeters, and a third of the body is the tail.

A flattened muzzle, black nose, small ears, and thick and dense fur-these are the main characteristic features of the appearance of the Kalan.

Cute animals live in the cold waters of the Pacific Ocean, off the coast of California, in the Far Eastern part of Russia.

Sea otters spend a lot of time on their appearance: they carefully care for their fur.

Interesting fact: in matters of education, sea otters are “solidary” with a person. They devote a lot of time to their cubs and play with them. If the kids are naughty and do not obey, a strict mother can spank them. 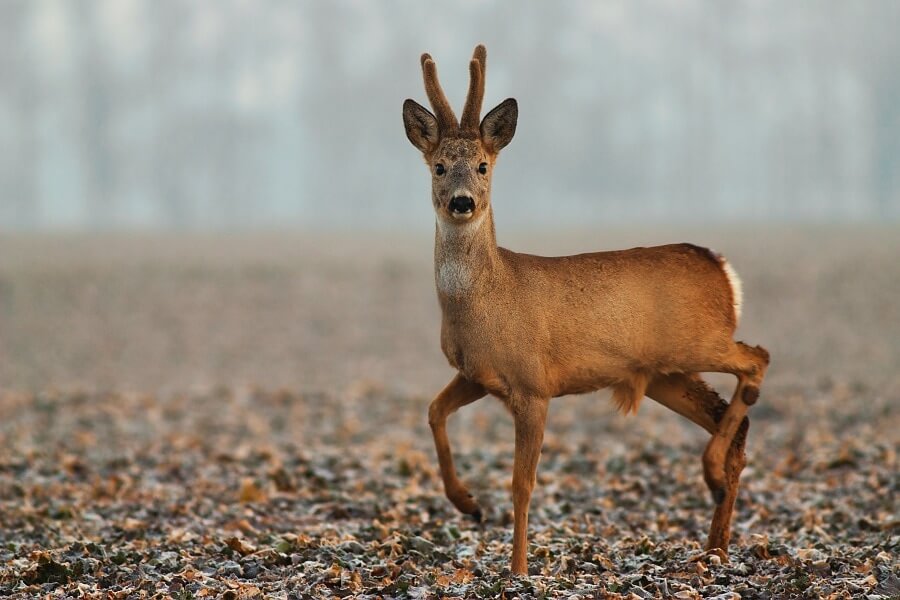 Roe deer is a wild goat. Its habitat is a temperate zone (from Europe and Asia to Korea and the Far East). Depending on the species, the animals will differ in appearance.

Height up to 75 centimeters, weight up to 30 kilograms. The color will depend not only on the type of roe deer but also on the time of year. In spring and summer, their fur takes on a reddish hue; in winter and late autumn, it becomes gray. Male roe deer are easily distinguished from females by the presence of horns; the latter do not have them.

Interesting fact: in some cases, female wild goats also develop horns. You can find small stumps in old and infertile animals. Sometimes mechanical damage to the forehead can lead to the development of horns. 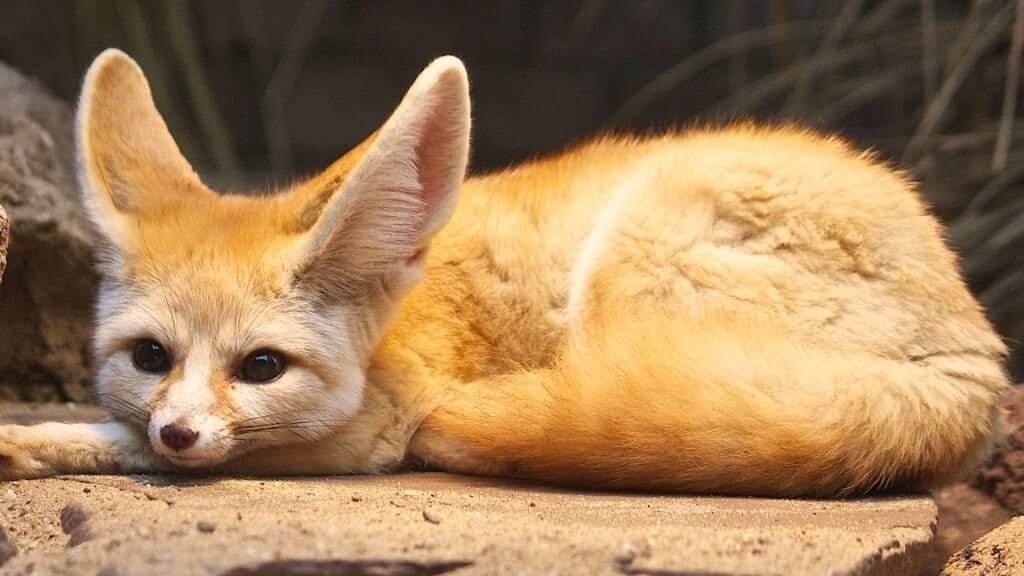 Fennec fox is an animal with a funny name and appearance, and they live in the deserts of North Africa and the Arabian Peninsula. These small predators belong to the canid family.

A miniature animal, whose height reaches 22 centimeters, weighs up to 1.5 kilograms. A characteristic feature of Fennec is their long ears (up to 15 centimeters). They are of great importance for the life of the animal. Ears are a source of thermoregulation and help to find prey. Unlike foxes, which prefer to live alone, foxes get together in flocks of 10 individuals.

The average life expectancy usually does not exceed eight years. Valuable Fennec fur attracts the attention of poachers. Also, recently, everyone wanted to have a Fennec as a pet. All these factors have led to the fact that the animals are threatened with extinction. 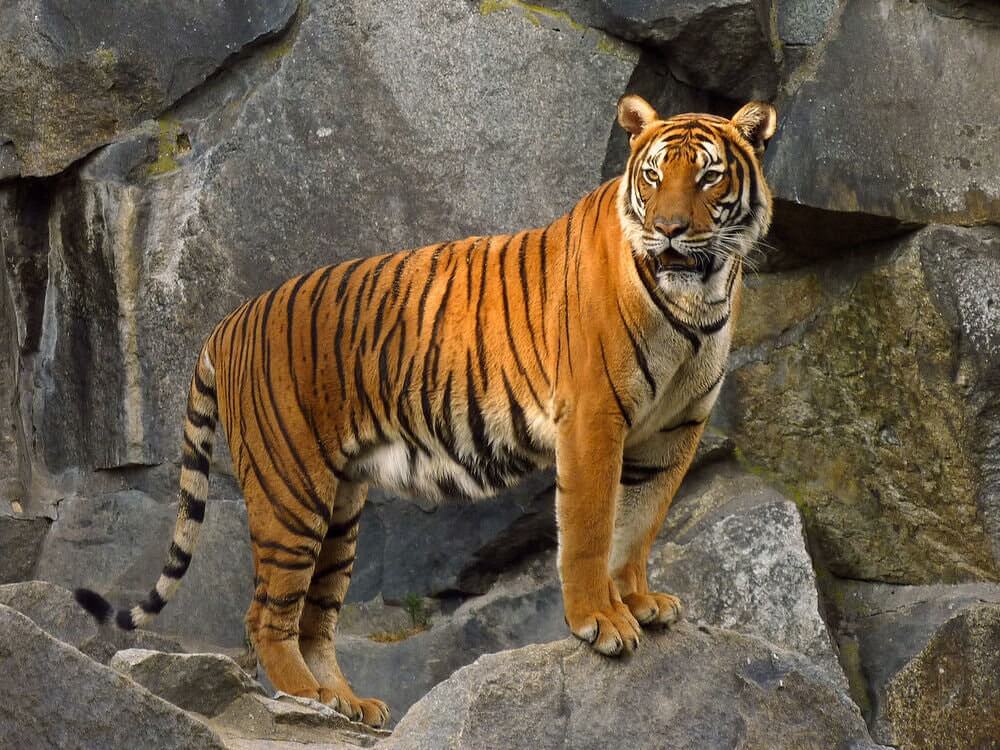 People have always had a considerable liking for cats. It doesn’t matter how much it weighs, 3 kilograms or 300.

The tiger is the most prominent member of the cat family. Currently, there are six species. All of them differ in appearance and size, but one thing remains unchanged-black stripes.

An adult’s height is 60 to 110 centimeters; weight is 180 to 280 kilograms; Distribution areas: India, Indochina, Far East, and Primorsky Krai (Russia). The average life expectancy is 26 years.

The tiger is the most dangerous predator; among its family, it holds the record for killing people. The most common reason a tiger can attack a human is hunger. It requires up to 10 kilograms of meat per day.

So that there is no risk to life, it is better to admire tigers in a safe environment, for example, in a zoo.