Top 10 longest snakes in the world

Longest snakes: It is not easy to determine a record-breaking snake because, in captivity, you will not be able to measure its size. There are many stories about reptiles caught in mixed forests, which had a gigantic sizes, but there is no documentary evidence.

The longest snake on the planet was recognized as an extinct species, Titanoboa, most likely a boa constrictor relative. They lived in what is now Colombia about 60 million years ago. After analyzing its skeleton, Zoologists decided it weighed more than a ton and could reach 15 m.

The modern record holder for length is the reticulated python. The largest snake that lived in captivity – was Samantha, its length was 7.5 m, and it was a female reticulated python. It could be seen at the Bronx Zoo and caught a snake-records man in Borneo; he lived until 2002.

We present photos of the ten longest snakes in the world. 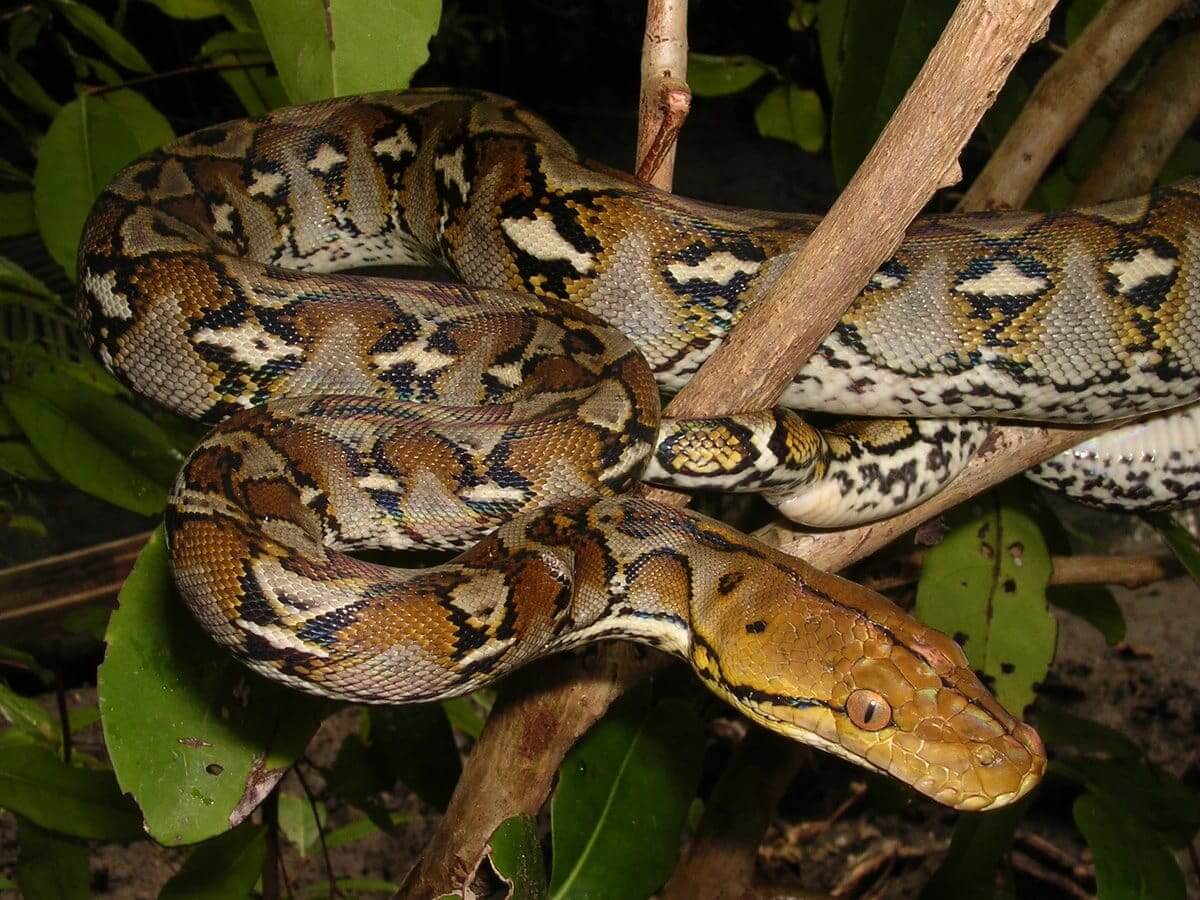 The longest snake in the world has long been recognized as the Reticulated python. Zoologists gave this name to it because of the complex pattern on the body.

Naturalist Ralph Blomberg wrote about a snake 33 feet long, i.e., 10 m. But there is no information to support this. So the python from the Philippines was two times smaller, with a length of more than 14 m. In nature, these snakes can grow up to 7-8 m in length.

In the south of Sumatra, more than 1 thousand wild pythons were measured; their size was from 1.15 to 6.05 m. One of the largest caught in Indonesia – 6.96 m, weighing 59 kg. The record holder, as mentioned above, is Samantha. But another 9.75 m long reticulated python was shot on Celebes Island in Indonesia in 1912. It was included in the Guinness Book of World Records. 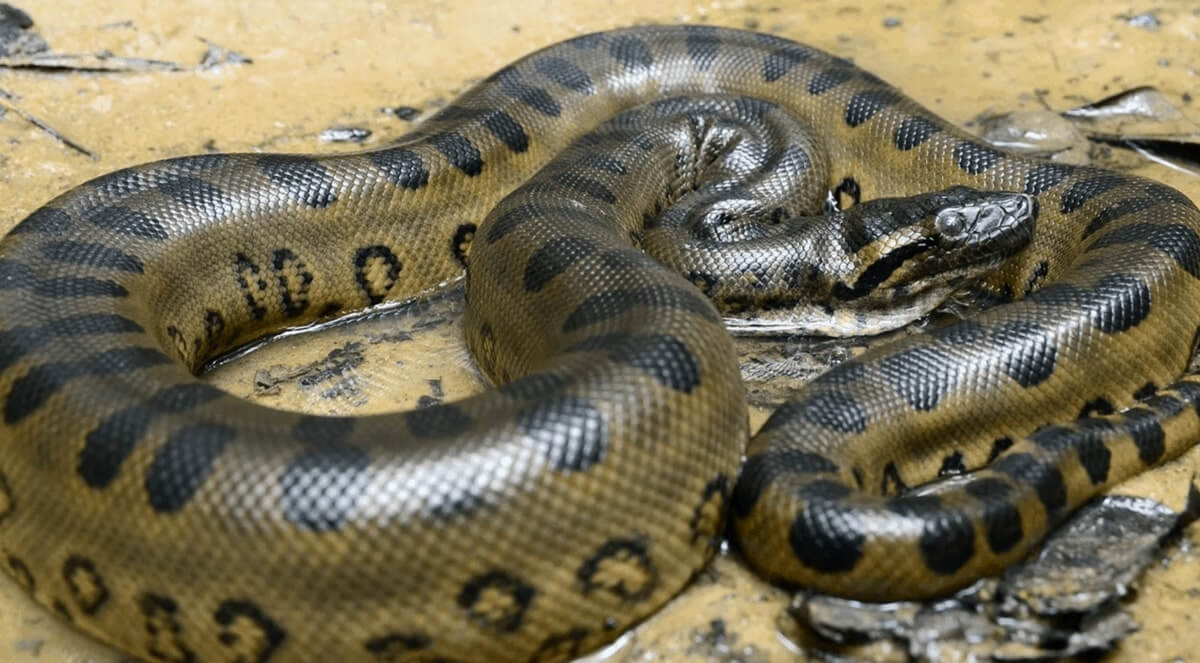 It is considered the most massive snake. It lives in South America, leads an aquatic lifestyle, never crawls far from the water, and swims and dives well.

If you believe the books, this snake can reach huge sizes. Naturalist Georg Dahl wrote about an anaconda length of 8.43 m, and Rolf Blomberg mentioned a specimen at 8.54 m. They say that in 1944 they caught a snake with a length of 11 m 43 cm. The largest specimens described in the literature are 18.59 m and 24.38 m.

But scientists disagree with these claims. About 780 captured snakes passed through their hands, but the largest was a female from Venezuela, up to 5.21 m, while weighing 97.5 kg. Scientists are confident that the maximum size they can reach is 6.7 m. On average, males grow up to 3 m and females – up to 4.6 m; their size does not exceed 5 m. Adults weigh from 30 to 70 kg. 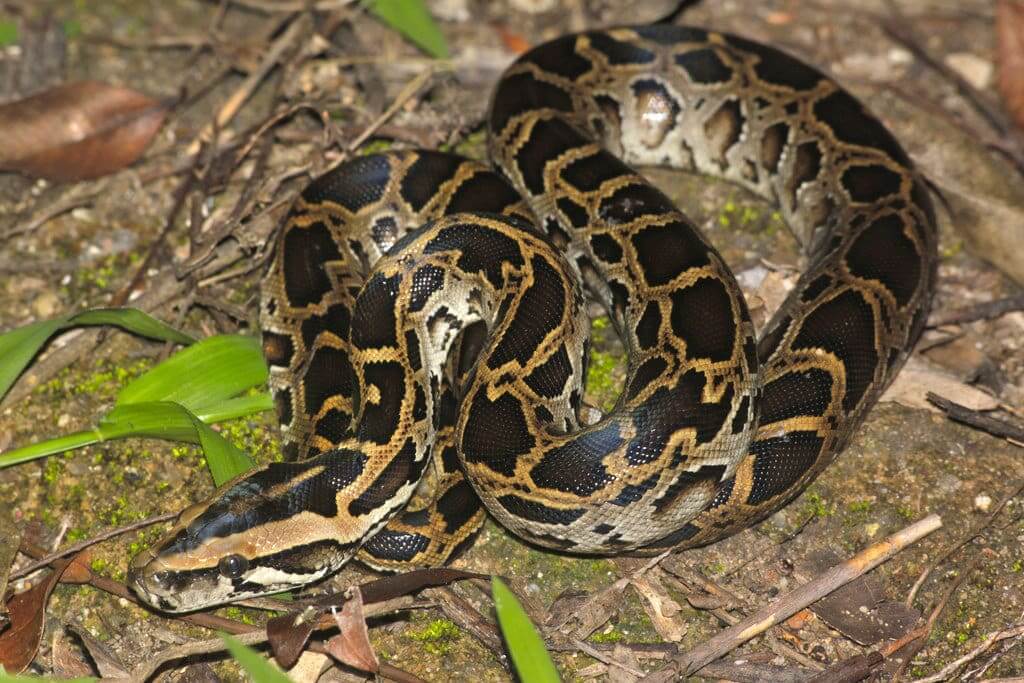 The dark tiger python is a large, non-venomous snake. In nature, it rarely reaches a record size and grows up to 3.7-5 m in length, and some individuals weigh up to 75 kg and grow up to 5 m. The largest are females.

The largest tiger python in the world lived in captivity – Baby in a Snake Safari Park in Illinois, 5.74 m long.

It lives in the tropical jungle. Python can dive and swim while young climbs trees. It feeds on birds and animals. They have a calm, non-aggressive nature and beautiful and memorable colors, so these snakes are often kept at home. 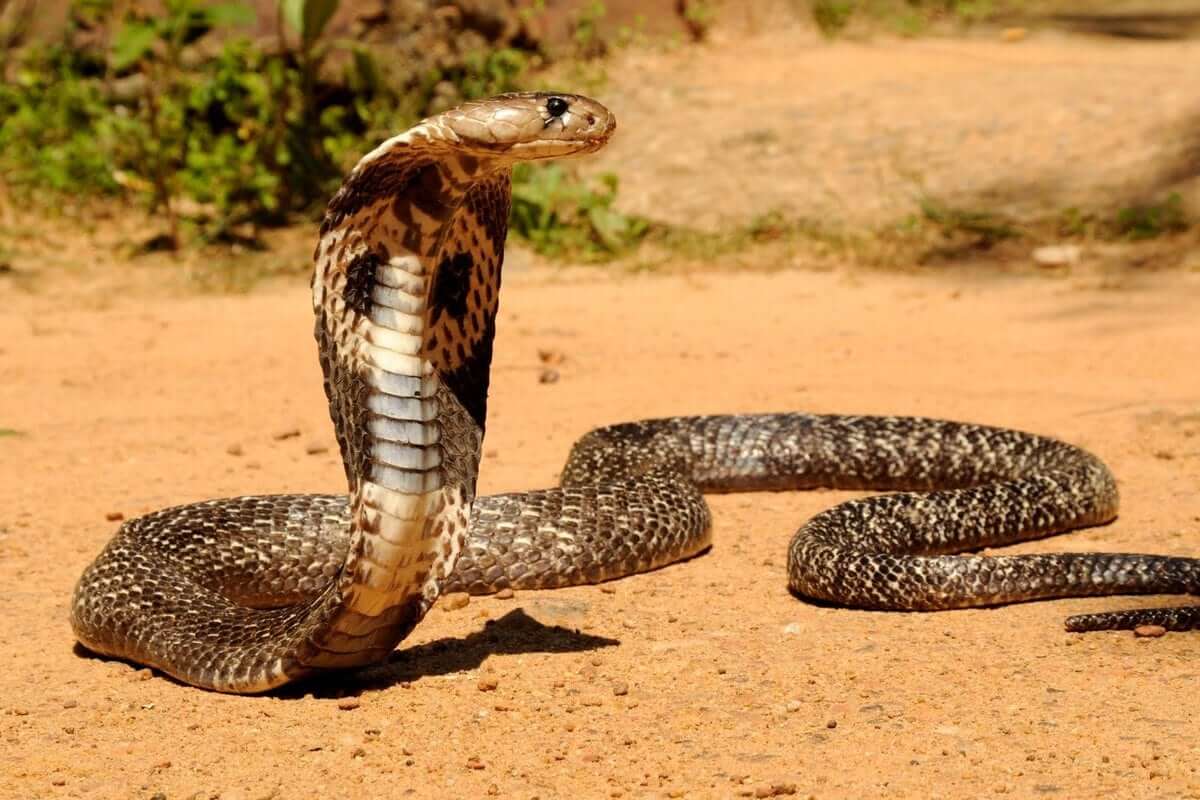 Among the venomous snakes, the largest, the average size of which is 3-4 m. But there are individual specimens that can grow up to 5.6 m.

The largest king cobra was captured in Negeri Sembilan in 1937; its length was almost 6 m – 5.71 m. It was sent to the London Zoo.

Snakes prefer to live in the rainforests of South and Southeast Asia, grow throughout their lives, and live for about 30 years. They hide in burrows and caves and prefer to feed on rodents. They often live near humans. It is very dangerous because the venom of the cobra causes paralysis of the respiratory muscles, because of which a person can die within 15 minutes after its bite. 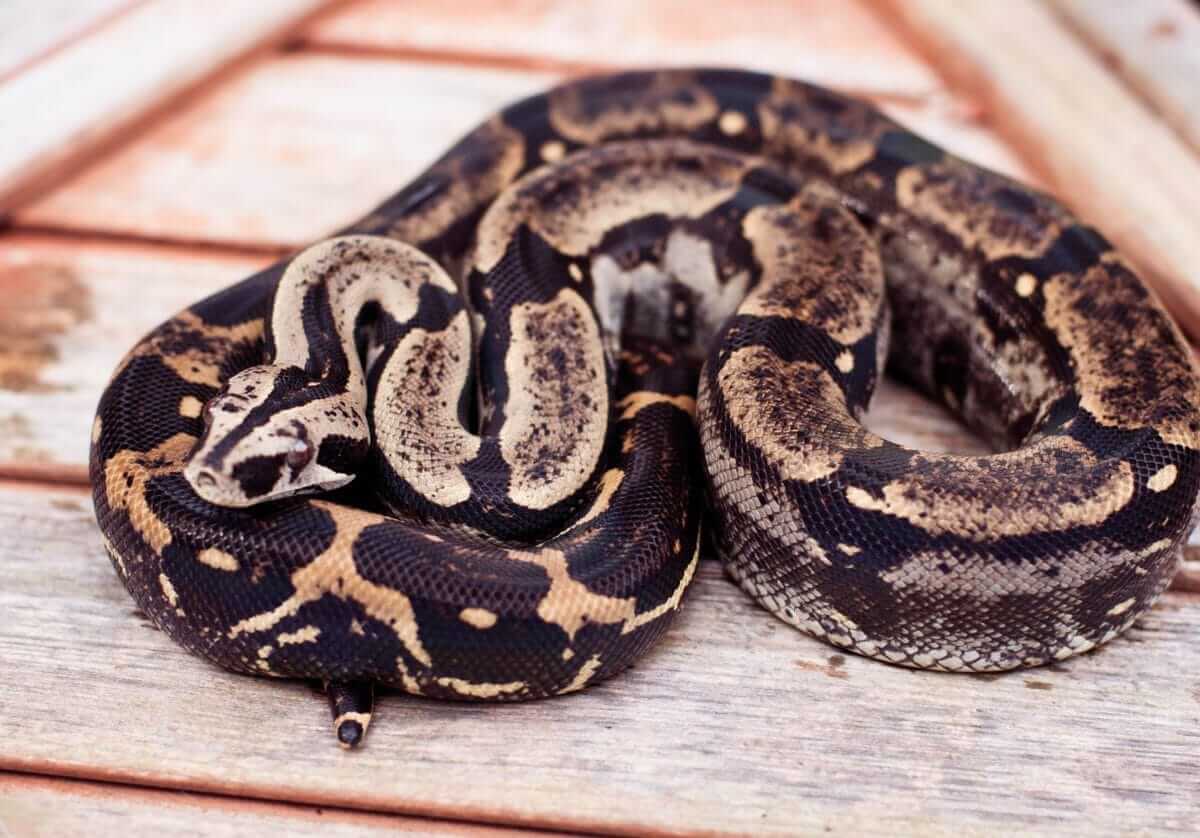 Boa constrictor is found in South and Central America and the Lesser Antilles. The common boa constrictor prefers moist forests and river valleys. In some countries, they are captured and kept in barns and houses to kill rats and mice.

The size of the Boa constrictor snake depends on the subspecies, as well as on its nutrition, on the abundance of food. Usually, females are larger than males, weighing 10-15 kg on average, but their weight can reach 27 kg. Boa constrictor is a large snake, growing up to 2.5-3 m, and some individuals reach 5.5 m.

It has a bright and contrasting color. Boa constrictors swim well, young individuals climb trees, and older and larger people prefer to hunt on the ground. They live for about 20 years. 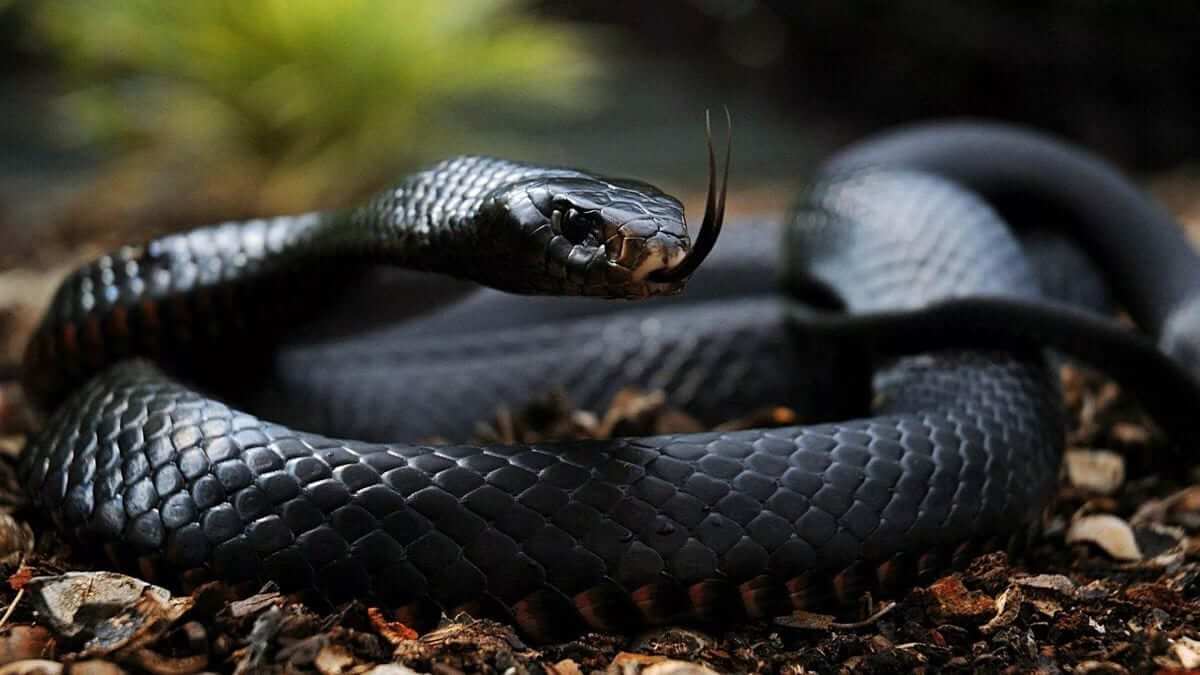 In Africa, the venomous black mamba snake is widespread and prefers to crawl on the ground, only occasionally climbing trees. It is dark olive or grayish-brown in color, but the inner cavity of the mouth is black, which is why it got its name. It is considered very dangerous; previously, meeting with it always led to a fatal outcome, but then an antidote was invented. In addition, the snake is very aggressive and easily excited; after a bite, a person can die in 45 minutes.

Its length is 2.5-3 m, but some specimens reach up to 4.3 m. But so far, no documented information shows it can reach such sizes. With this length, it weighs about 1.6 kg because it is slender.

Its other feature is its speed of movement; at short distances, it is 16-19 km / h, but it is officially confirmed that it reached speeds of up to 11 km/h. 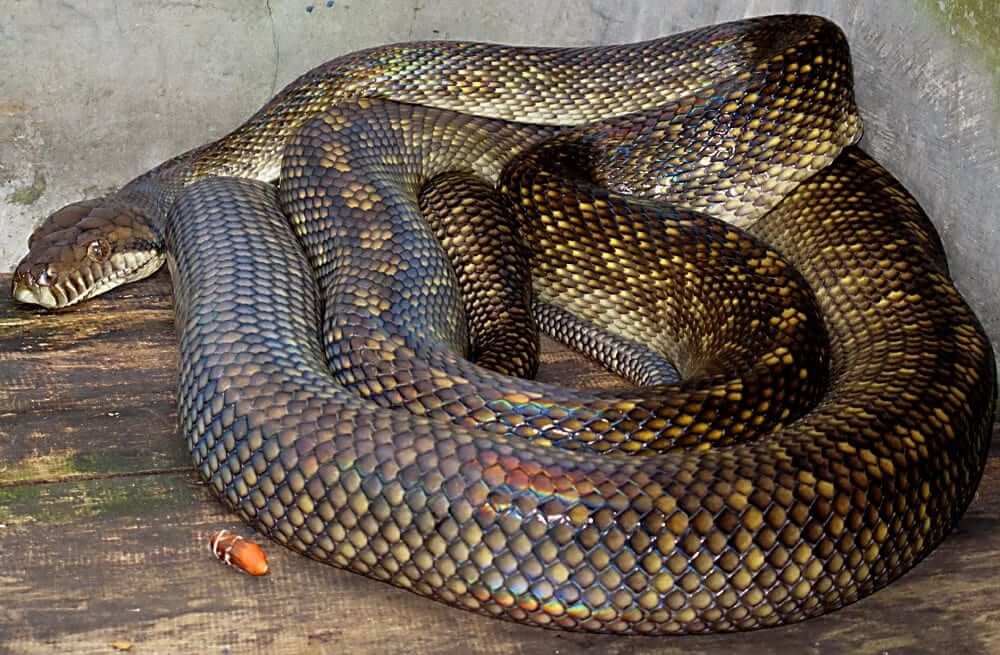 This snake lives in Australia and is considered the largest and protected by law. It can be found in the state of Queensland, on various islands, in moist forests, wooded savannas. They like to hide in trees, in rocks, and under rocks.

On average, the amethyst python does not grow very large, from 2 to 4 m, but there are also individuals of 5-6 m; according to old reports, they can reach up to 8.5 m in length. Snakes feed on small birds, lizards, and small animals; large individuals hunt even bush kangaroos and often eat small dogs, cats, and chickens. 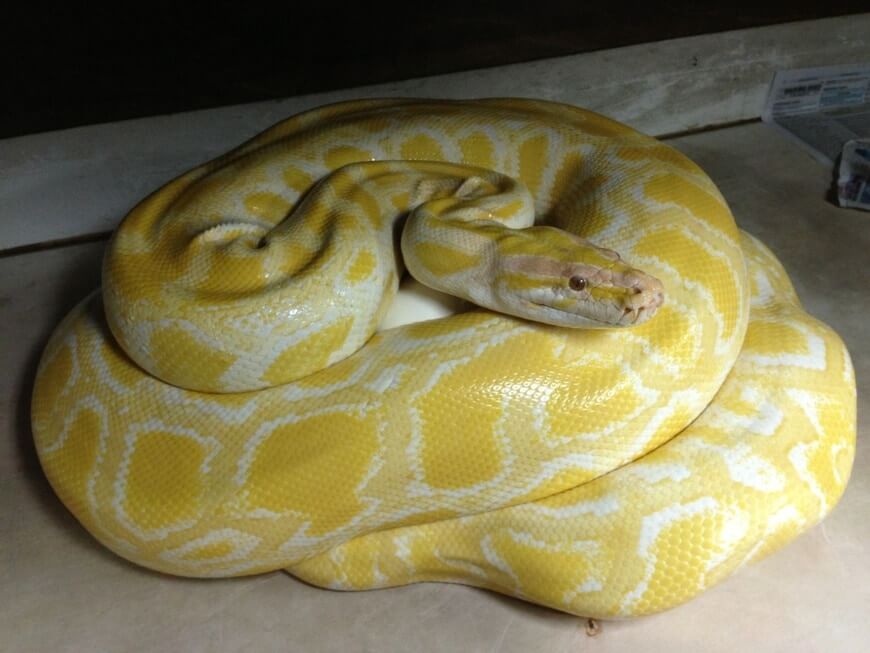 Tiger pythons are non-venomous snakes found in Asia in humid rainforests. Snakes hide in caves and tree trunks and can climb trees. They usually live near water bodies and swim well. They eat small animals: rodents, birds, and monkeys kill them and suffocate them with their bodies.

There is a subspecies of these snakes-the light tiger python, also called the Indian python. It is a light color, dominated by brown or light yellow colors. Large individuals can grow up to 4-5 m. 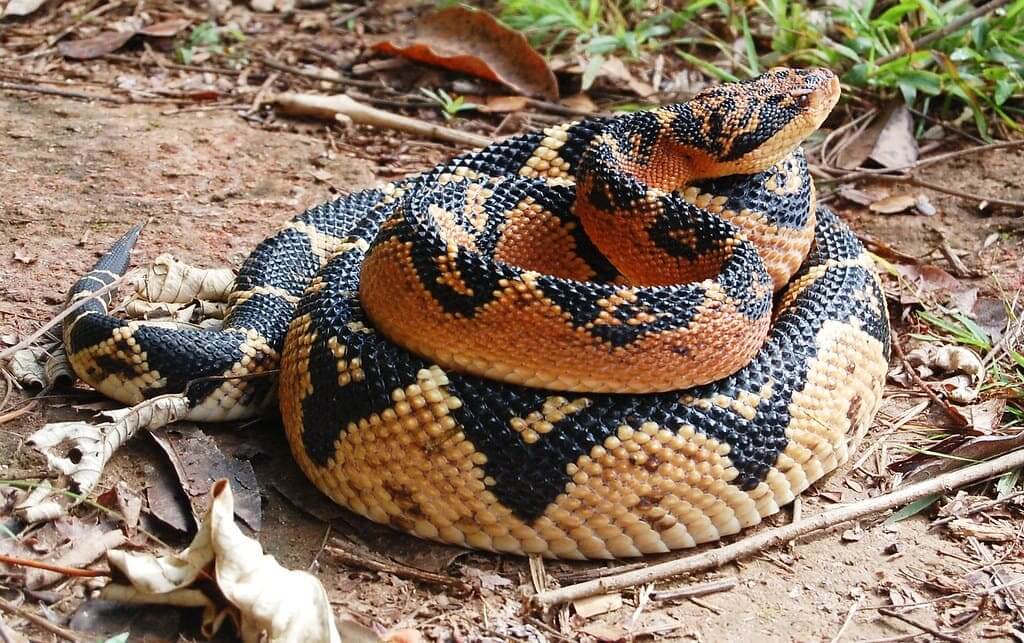 The largest venomous snake in South America is the Bushmaster snake or, as it is also called, the Lachesis. It is difficult to meet, as it leads a solitary lifestyle and prefers uninhabited territories. Its skin is covered with ribbed scales, yellowish-brown; on the body, you can see a pattern in the form of brown diamonds.

The usual length of the snake is 2.5 – 3 m, but it sometimes reaches a record size of up to 4 m. It weighs from 3 to 5 kg. It can be found in dense rainforests close to the water and mostly hides in dense thickets during the day. It hunts at night, catches rodents, and can eat birds or other snakes. Its poison is dangerous, but its death rate is not so high, no more than 12%. 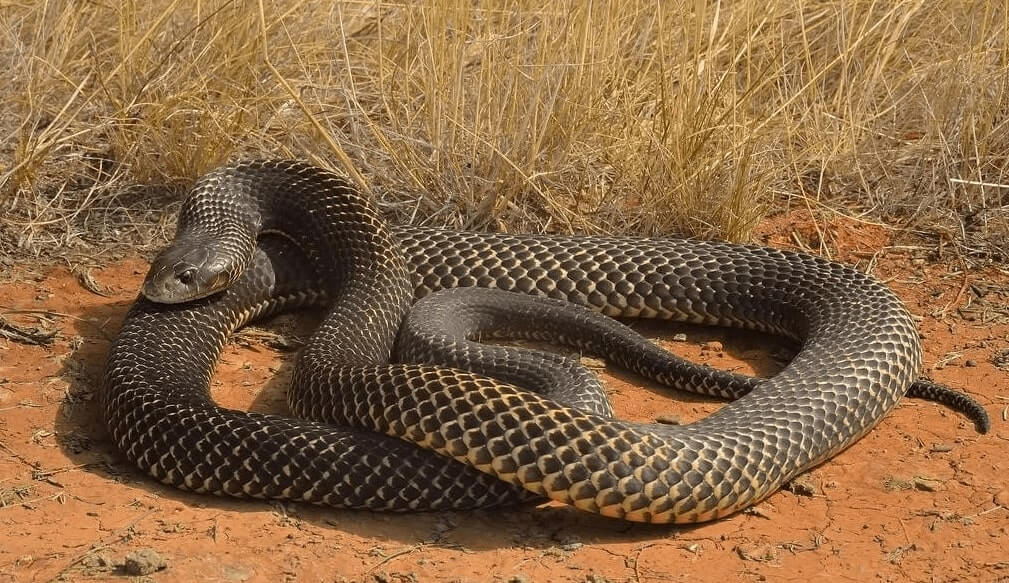 Mulga snake lives in Australia, in light forests, meadows, deserts, and everywhere except rainforests. Mulga can release up to 150 mg of venom in a single bite. The chances of survival after a bite are not so much.

It is brown; usually, the size of an adult is 1.5 m, weight is about 3 kg. But the largest specimens can grow up to 3 m and weigh more than 6 kg. It feeds on lizards, frogs, and snakes. The female can lay from 8 to 20 eggs.