Motivational movies: Sometimes life brings us surprises, and not at all the ones we were counting on. Instead of getting the expected results, fate can throw us back, far back. In moments when it seems that unhappiness, despair and loneliness have no limits, we can doubt ourselves and think about the correctness of the chosen path.

If a person wants success, he will have to be able to experience these moments. Every successful person had their own desert, and he was able to pass it. There is always something that motivates action, makes not to give up when you have no strength to go on. We offer you a list of motivating films about strong and indomitable personalities embodied in the cinema. 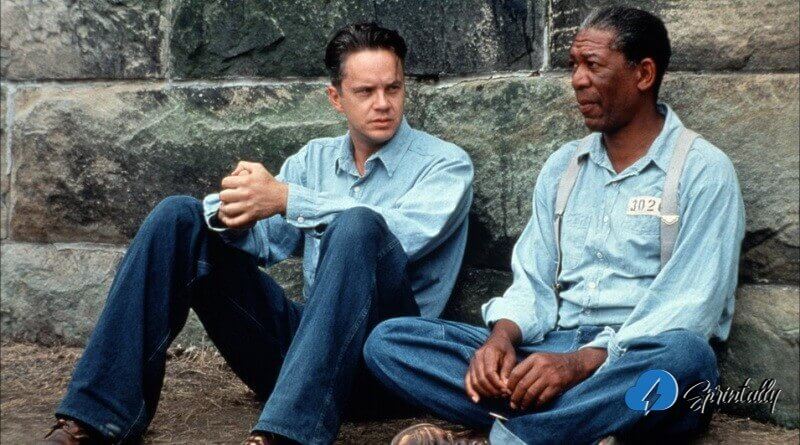 Quote from the movie: “Think about life or think about death.”

Bank Manager Andy Dufresne, sentenced to life imprisonment in a prison called Shawshank for the murder of his wife. Andy at first glance does not seem a strong personality. Lanky, quiet and soft, it does not cause feelings of admiration. There is a feeling that will take quite some time, and Andy will break. But Andy Dufresne is a man of indomitable will, one that despite all the horrors of prison life has a purpose. He’s preparing to escape from prison.

Great movie about dreams and the difficult path to achieve it, loosely based on the novel by Stephen king. 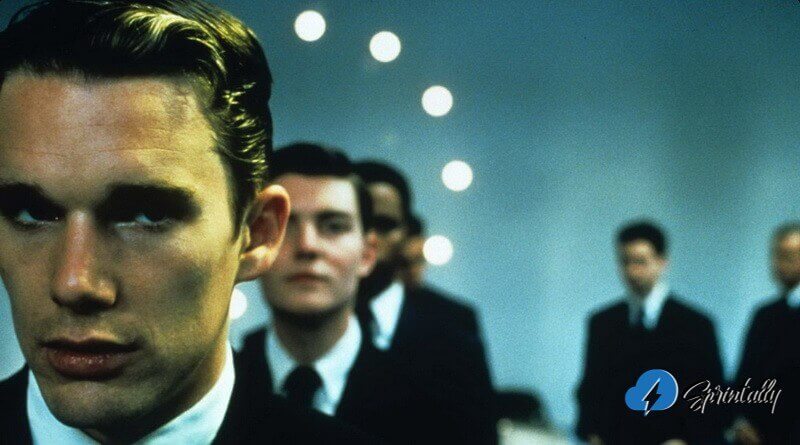 Quote from the movie: “Want to know how I do it?” Everything is very simple. I don’t save my strength on the way back. ”

In the near future. Children are born with genes that thanks to modern technology devoid of flaws. Each new member of society – the media, the exclusive gene that has no pathologies and not knowing diseases. All the others who were conceived the traditional way, are considered “Unfit”. The way “up” in life and career closed to them. But not for Vincent Freeman, who was determined that no matter what will be part of the space expedition to Titan, a moon of Saturn. 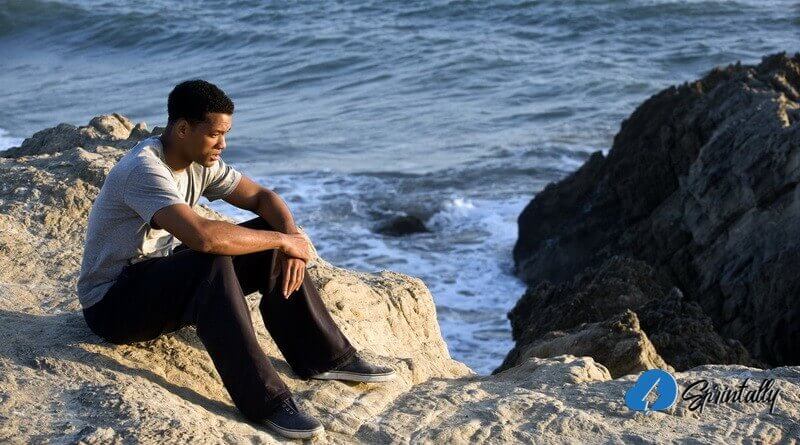 Quote from the movie: “- But why me? “Because you’re good.” You are good even when they don’t look at you. ”

Ben Thomas, played by Will Smith, has a secret. It is this secret that pervades the main part of the timing of the film. For some reason, Ben decides to help strangers. What is the purpose and motive for the behavior of the protagonist, you will find out by watching this wonderful movie. It’s hard to say that “Seven Lives” is an extremely motivating film. But after viewing, there is a feeling of “purification” and a desire to do good, and life is filled with meaning. 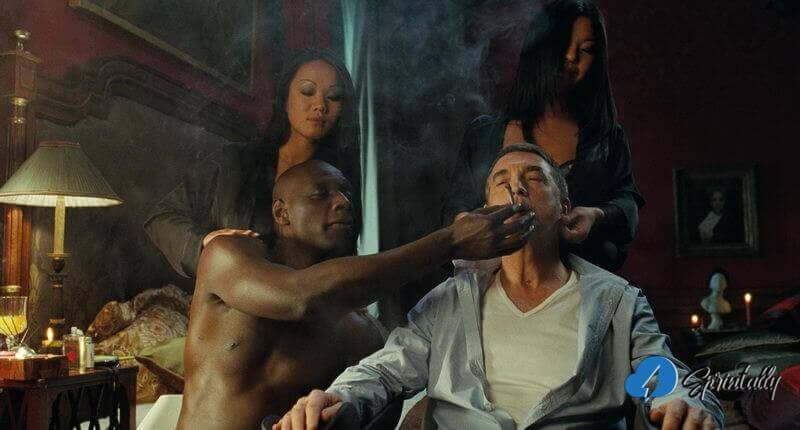 Quote from the movie: “don’t expect it will be easier, simpler, better. Will not. Difficulties will be always. Learn to be happy right now. You won’t have time otherwise.”

A young man named Driss, who recently got out of prison, trying to get a job. A rich aristocrat Philippe, who is confined to a wheelchair, agrees to take Drissa to work as his assistant, a position which is somewhere between a nurse and a driver. Driss and Philippe become friends. A very interesting, kind and sincere film, must watch.

5. The Good Will Hunting 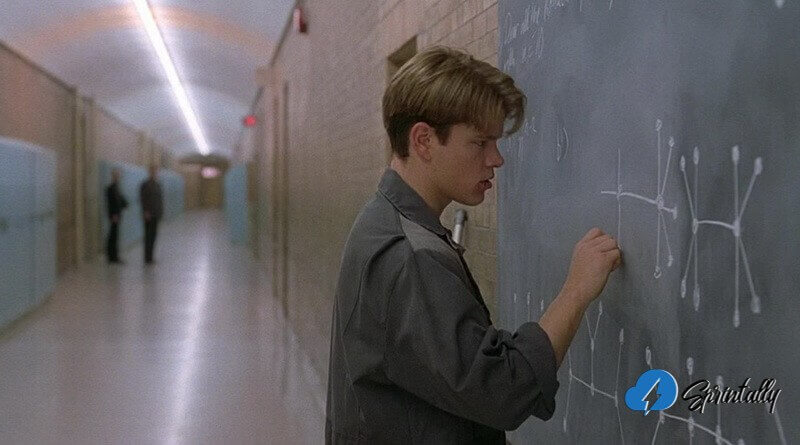 Quote from the movie: “You are sitting on a winning lottery ticket and just too lazy to get the win. This is stupid.”

Will Hunting is a young guy with the makings of a genius personality, while he does not have any education, prestigious work, or any plans for the future. Having received a punishment from the police for participating in a fight in the form of labor at an educational institution, Will comes into the view of a professor of mathematics who helps resolve problems with the law. A prerequisite for the cooperation that has arisen is the need for the prodigy to undergo sessions with a therapist. A new acquaintance changes Will’s attitude to life and to himself.

6. The man who changed everything 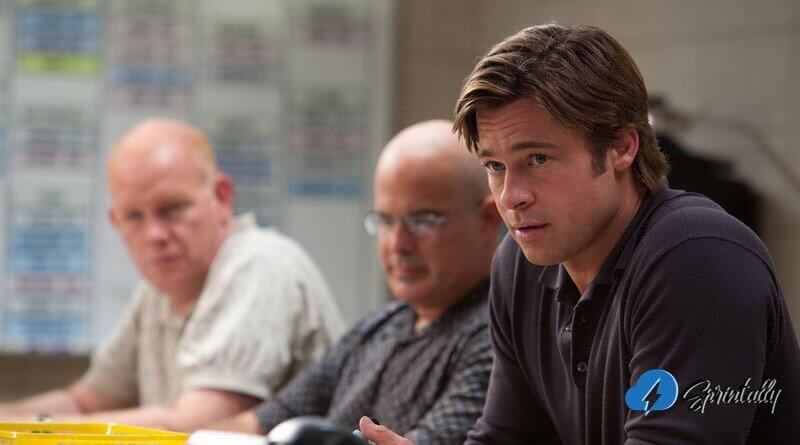 Quote from a movie: “Change or die”.

From Billy Beane, General Manager of a baseball team from Oakland, not an easy task. Key players left the team at the end of the season, but to have a worthy replacement does not allow the club budget. Billy becomes very clear that it is necessary to change the approach to team management and set of players. A chance meeting with Peter Brand becomes the impetus to understand what to do. And even when Peter questioned in a joint venture, Billy Beane is determined at all costs to bring it started to end. 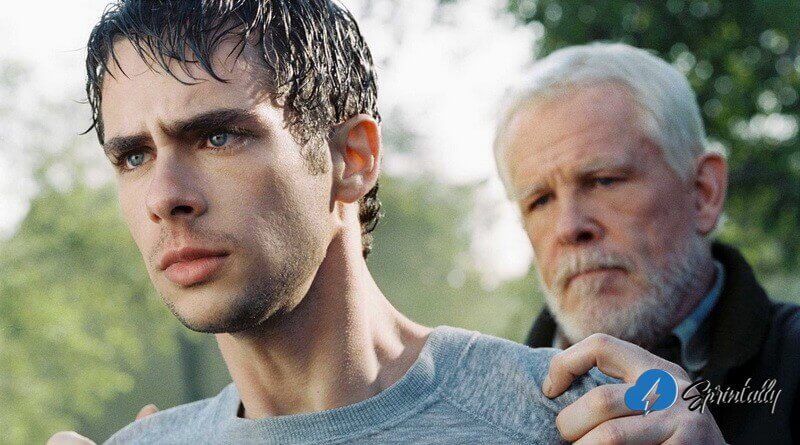 Quote from the movie: “There is no beginning and end. There is only action.”

The film was based on the biography of Dan Millman, an American gymnast, the first world champion in trampoline, a writer and a motivator. One day Dan meets Socrates, the mysterious owner of a gas station. After breaking his leg and losing hope on continuation of the sports career, Socrates becomes a mentor for Dan on his way to a rethinking of values and restoration of physical and spiritual form.

8. The Pursuit of Happyness 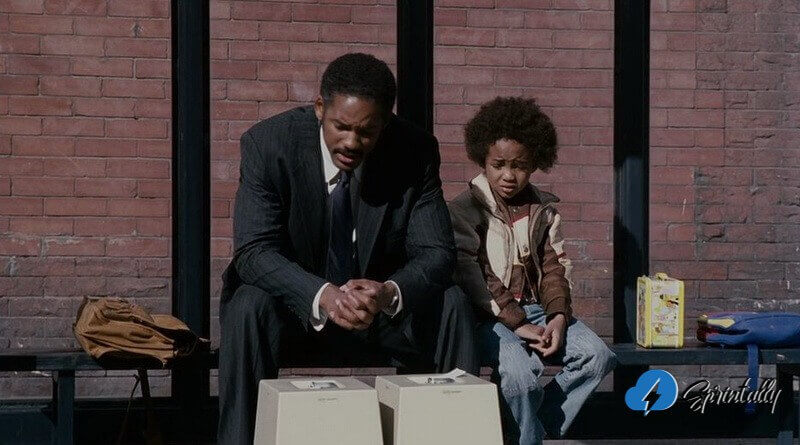 Quote from the movie: “There will always be those who will say that you will not succeed. Do not listen to anyone if you really want to achieve something. They say that nothing will come of it because they couldn’t do it themselves.”

A biographical history of entrepreneur and millionaire Christopher Gardner. Once Chris, having the infant son, was victorious in the struggle with poverty and lack of shelter. With nothing but unbridled motivation, dictated by experience, Chris did it, he succeeded. 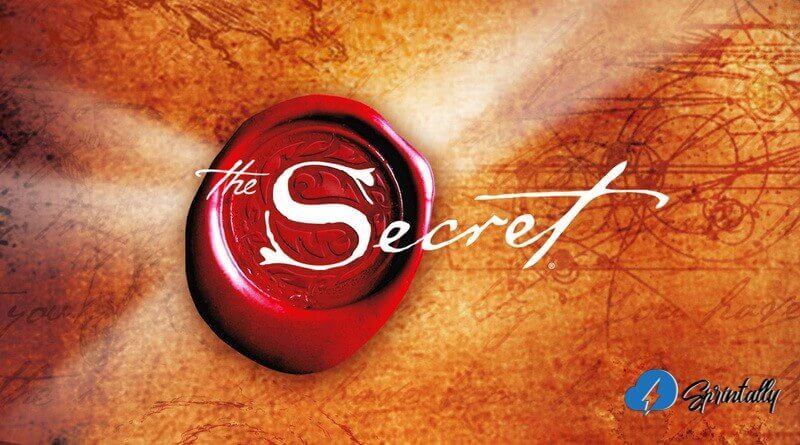 Quote from the movie: “When the voice and vision inside become louder and more orderly than opinions outside, you have become a master of your life.”

A documentary about success, the laws of the universe, the power of faith, the materialization of thoughts, visualization and much more. Great motivational movie. And yet, if after watching the movie “Secret” you ask yourself one day why nothing has changed for the better in your life, think about this: how much you have done for this. 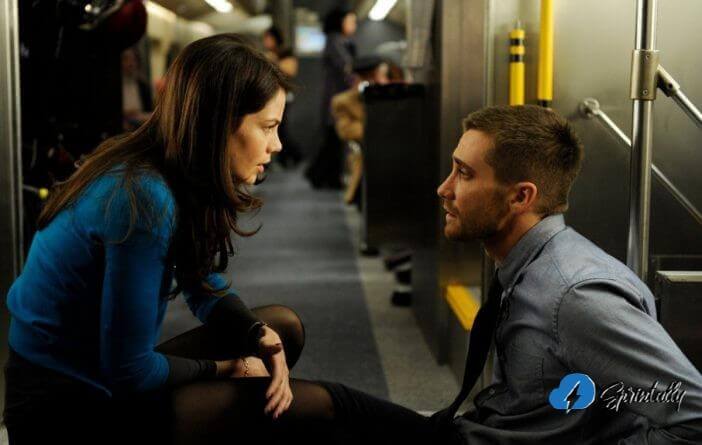 Quote from the movie: “- What would you do if you had less than a minute to live? “I would use it every second.”

The captain of the armed forces Colter Stevens will have to live the same length of time repeatedly in the body of another person in order to find out who is the organizer of the explosion and deaths, as well as to prevent subsequent attacks. Duncan Jones shot a great fantastic picture. Jake Gyllenhaal perfectly revealed the inner world of the protagonist. The film is non-standard, interesting, having its own philosophy and making you think about the meaning of life and the role of the choice that we make every day. 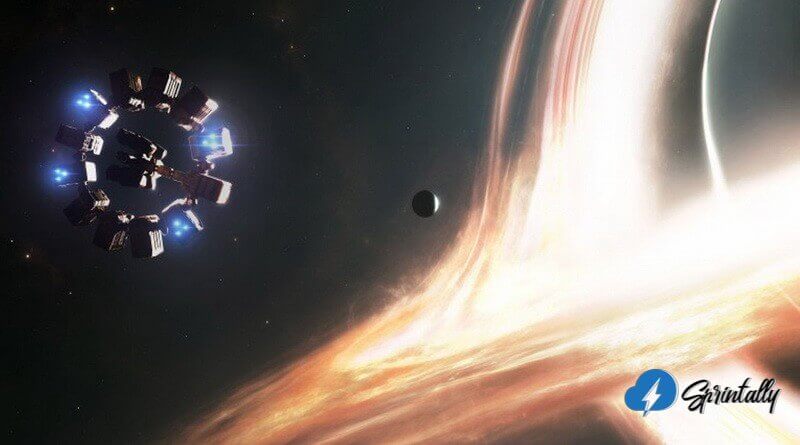 Quote from the movie: ”- This is impossible. – Not. It’s necessary.”

When looms over mankind the threat of extinction of civilization, Cooper, a former pilot and engineer, the scientists at NASA go in search of new worlds suitable for life. Matthew McConaughey, who plays Cooper, created the image of the protagonist, who in each scene should be its goal. He is true to himself and is able to make important decisions, even if they sometimes go beyond common sense. 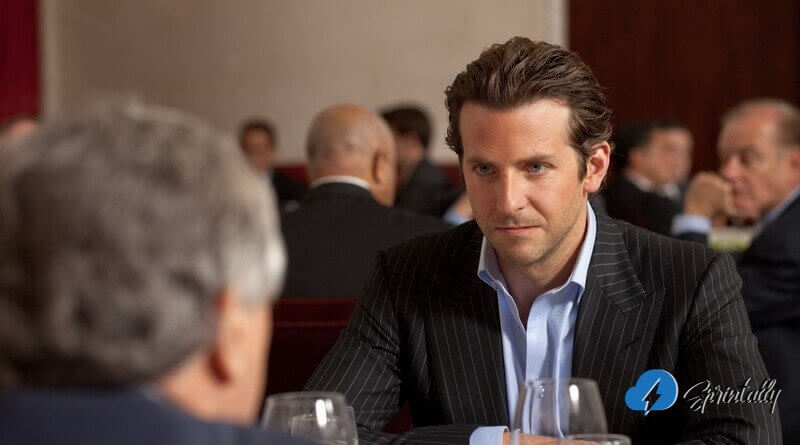 Quote from the movie: “There are moments in life when you know that you have gone beyond your borders. Your old life is over.”

Writer Eddie Morra is in a state of protracted creative crisis. Randomly, he uses a drug called NZT, and then his brain starts to work on a new, higher level. To find a purpose in life, to earn money is not a problem, but, as it turns out, the pills have it’s side effects. 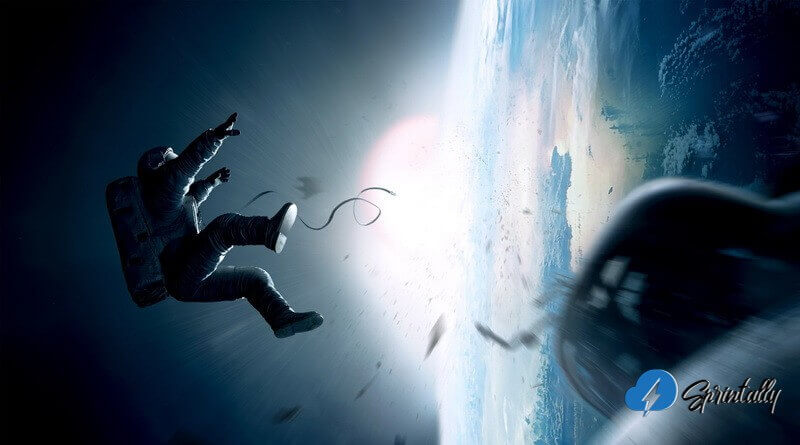 Quote from the movie: “Ryan, time to go home.”

Dr. Ryan Stone and astronaut Matt Kowalski as a result of collision of a Shuttle with the fragments of the satellite, drifting in orbit of Earth, are alone in space. Communication with Earth is absent, the oxygen supply is limited. Can the main characters find salvation in an aggressive environment. 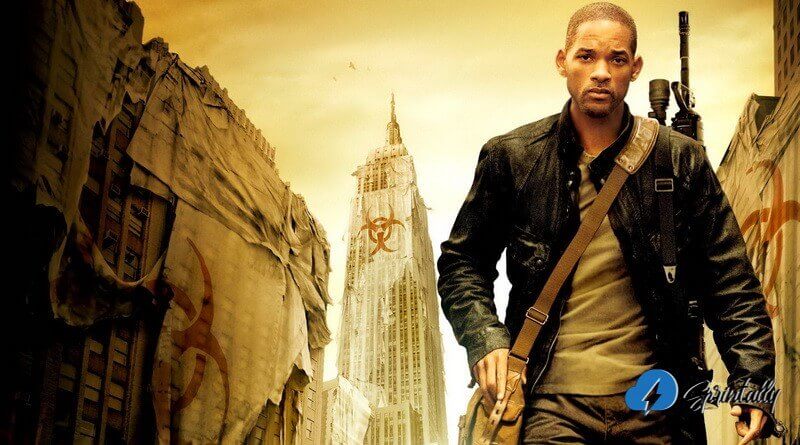 Quote from the movie: “It was not God who did it, but we.”

Soldier, doctor and scientist Robert Neville, possibly the only one left alive in new York after 90% of humanity died from the virus, and most survivors turned into monsters that are always hungry and aggressive. Dr. Neville is trying to find an antidote and does not lose hope to get in contact with other survivors. The film fully reveals the theme of loneliness. 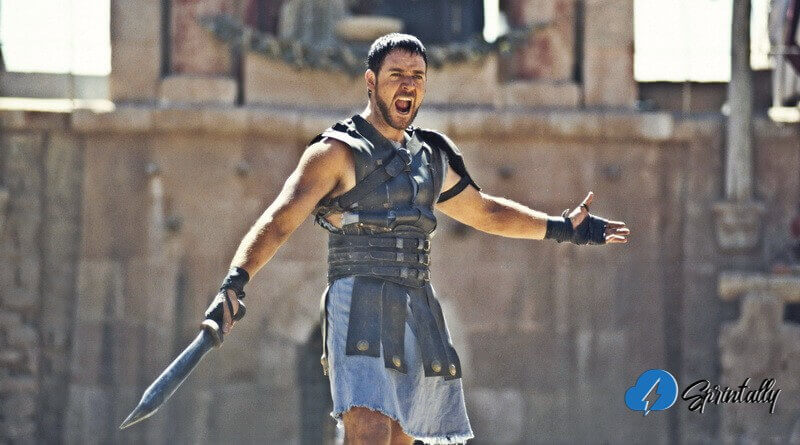 Quote from the movie: “Death smiles on everyone. We can only smile in return.”

General of the Roman army Maximus has been able to escape death after he had been betrayed, but now he was not a warrior and Gladiator. Once on the arena of the Roman Colosseum, the Maximus has a chance to retaliate. 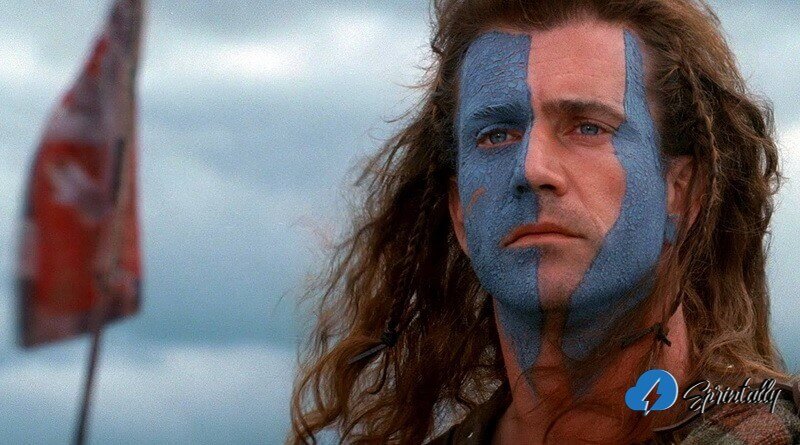 Quote from the movie: “Everyone dies, but not everyone lives for real.”

The story of the national Scottish hero William Wallace, who devoted his life in the name of the fight against the British. 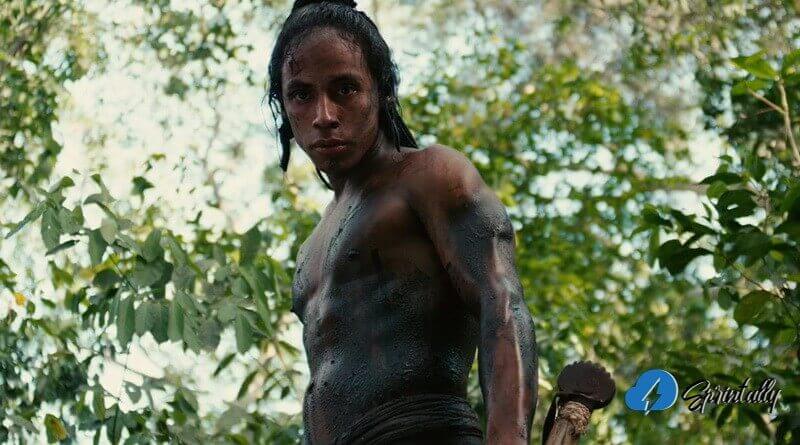 Quote from the movie: “Don’t be afraid.”

The Mayan named Jaguar paw is captured neighboring tribes. Once the object of the sacrifice, Jaguar paw escapes. Will the fugitive escape from the chase, and remember that he is not a victim but a hunter.

Motivating films in the genre of romance 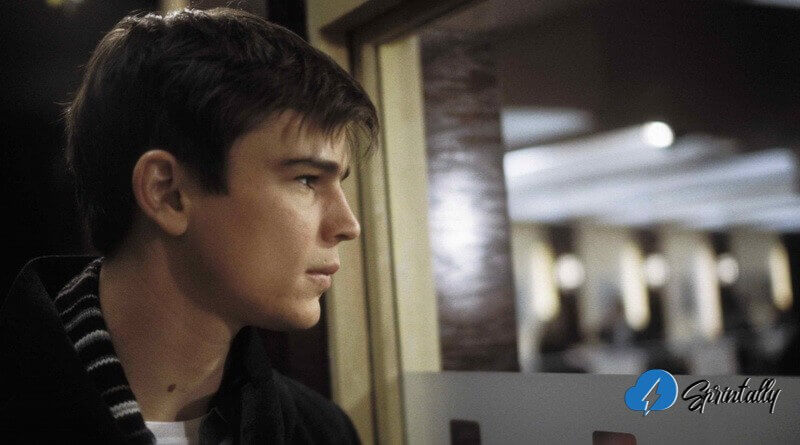 Quote from the movie: “A game with passion knows no rules.”

On the eve of his trip to China, Matthew, having seen a girl in a restaurant in which he seemed to recognize his former beloved Lisa, abandoned all his obligations and tried to find her. A great dramatic film filled with intrigue and puzzles. 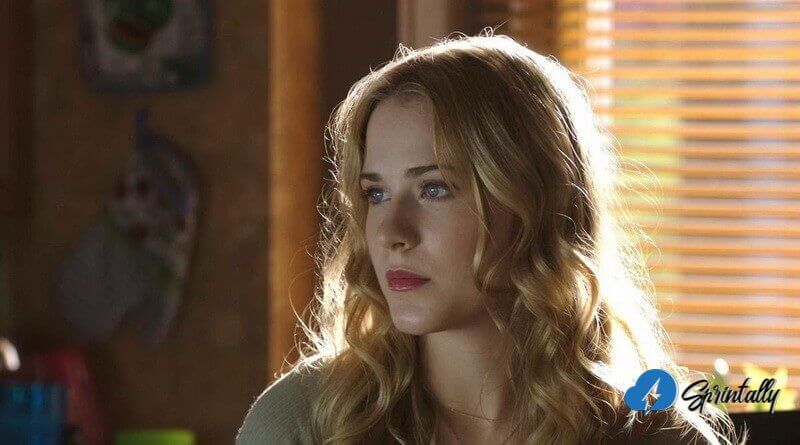 Quote from the movie: “Life does not consist of time, but of the moments that we remember.”

15 years ago, Diana became a participant in the terrible events. One of the College students took up arms, shot of many teachers and students. Been a long time, but something Diane is haunted. The film is a philosophical argument with an unpredictable ending. 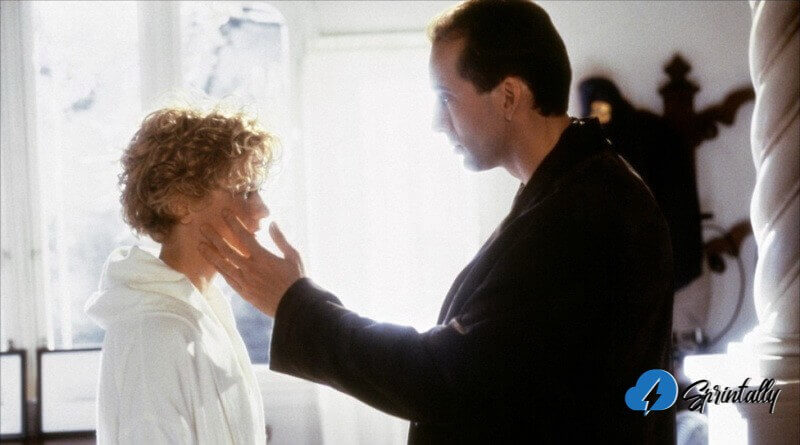 Angels live among people, but still, they are not people. Angels are immortal, they can’t feel pain or realize the aroma of the prepared coffee. One day, an angel named Seth decides to change her fate after meeting with Maggie. 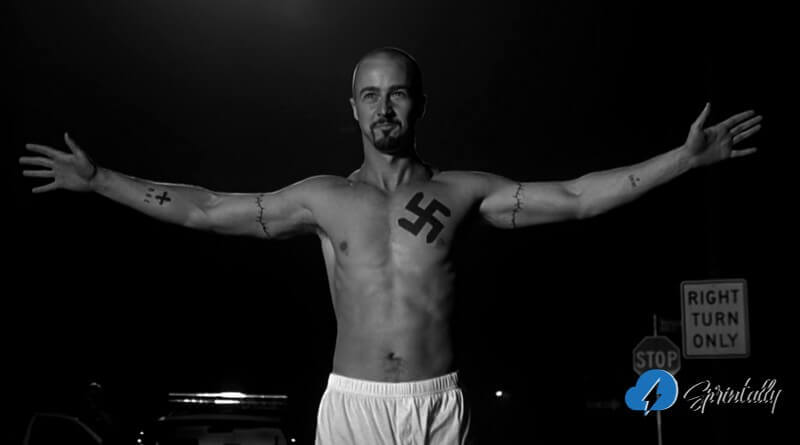 Quote from the movie: “Hatred is heavy baggage. Life is too short to spend it on evil. It’s not worth it.”

Derek Vinyard is a resolute and uncompromising leader of a group of skinheads. In prison, Derek was behind the murder, his values are exposed to major changes. And here comes the moment when Derek is released. 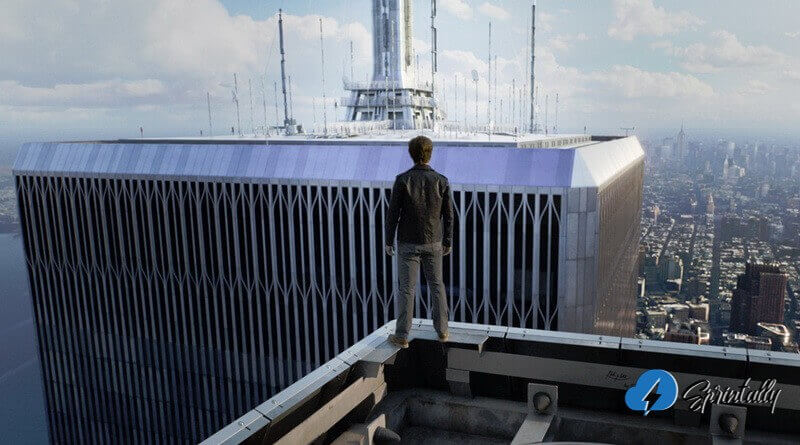 Quote from the movie: “Every dream begins with the first step.”

The film is based on real events. In 1974, the French tightrope walker Philippe Petit decided to do an incredible trick: to go without a rope along the rope pulled between the twin towers in New York.