5 best gaming laptops of the year

You can deny the necessity of the existence of gaming laptops or finally accept the fact that this is an interesting and demanded class of devices. 2017 made gaming laptops even thinner, there were several models out of the ordinary, and even AMD was lit up in a very powerful laptop from ASUS. Good year! And about the best that he brought to us – in our material.

In 2016, NVIDIA made a big breakthrough in mobile gaming, introducing the 10th series of video cards for laptops, which almost did not concede to their desktop older brothers. In 2017, the company decided to squeeze everything out of gaming laptops and its current video cards to the last drop. So there was a design of Max-Q and laptops less than 2 cm thick but with video cards GeForce 1070 and 1080 onboard.

Max-Q means a software and hardware tuning system, as well as the most effective cooling. And the promise of the soon appearance of these laptops was not just a dream or a bold concept, such models really went on sale. Among them are ASUS ROG Zephyrus GX501, Acer Predator Triton 700, MSI GS63VR Stealth Pro and others. And this is perhaps the biggest event of 2017 – the most powerful video cards in record-breaking thin igrabooks. 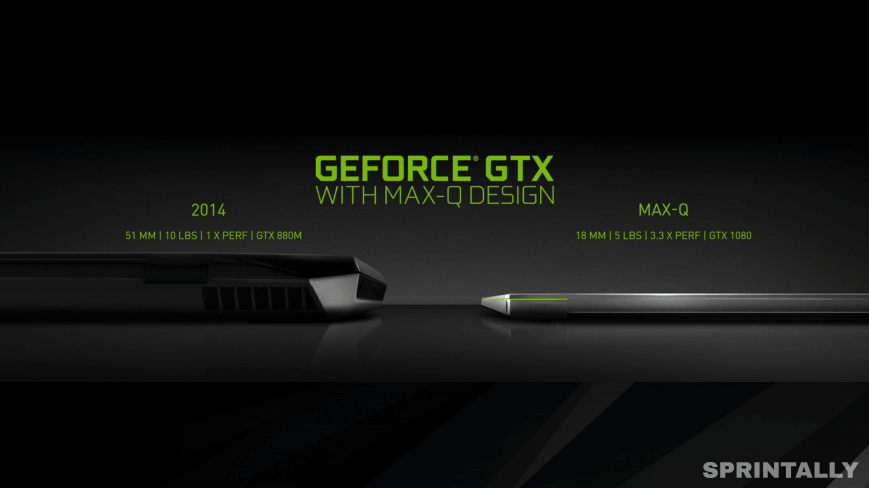 Of course, the concept of Max-Q has its drawbacks. For example, the frequency of video cards on these laptops is lower than in full-fledged laptop computers. It manifests itself in different ways and depends on the game: somewhere FPS is noticeably lower than for full-fledged mobile 1070 and 1080, and somewhere the difference is small.

The second distinctive feature of laptops with Max-Q, strange as it may seem, is quiet operation. True, for this you need to activate the special Whisper mode, and when you turn it on the system, first, block the number of frames per second, and secondly, automatically reduces the graphics quality settings in the game. 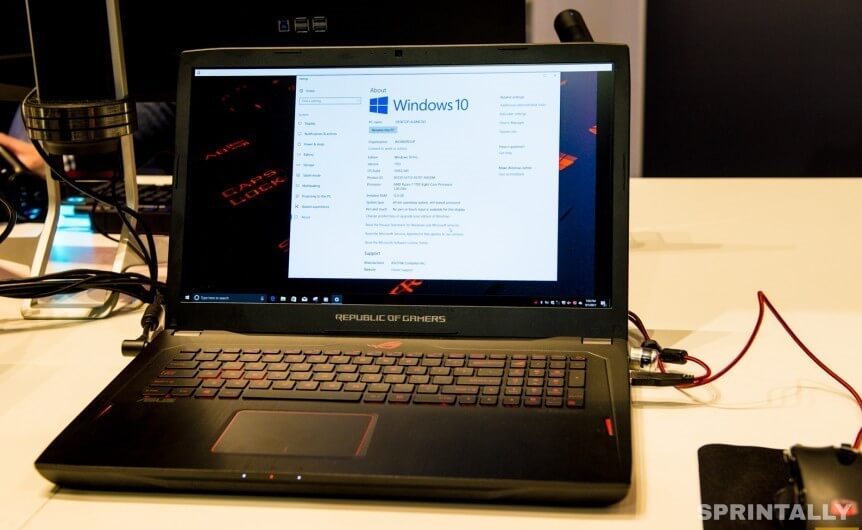 And what about the processors? Here, too, I would like to see some vigorous breakthroughs, as, as we saw in the past, a tandem of two GTX 1080 in games rests on the performance of some Intel Core i7-6820HK. But Intel has not yet announced that the top eight mobile processors will be from itself – it remains only to wait. And while the company was hiding, its long-time rival surprised everyone by participating in the creation of the first gaming laptop with an eight-core processor – ASUS ROG Strix GL702ZC.

The AMD RyZEN 7 1700 chip that is used inside it gambles ahead even the overclocked top-end mobile Intel Core i7-7820HK chip. True, TDP RyZEN 7 1700 is already one third higher, so, in fact, these processors perform in different weight categories. And I would not be surprised if in 2018 Intel responds to the opponent with the release of six-core i7 with the same TDP as before.

The most expensive laptop went on sale in the USA 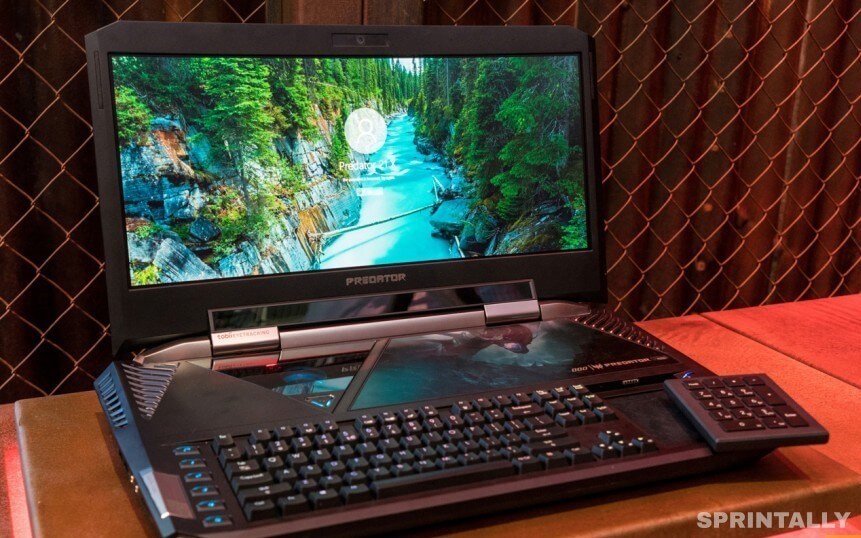 A separate line I want to note the appearance of an elephant in a china shop in the sale of gaming laptops from Acer with a 21-inch curved display for fabulous money – 700,000 rubles. The model is called Acer Predator 21 X and has a number of interesting “features”: several overclocking modes, two GTX 1080 graphics cards, a mechanical keyboard, 64 GB of RAM, two SSDs totaling 1 terabyte, etc.

This weight weighs 8 kg, and each power unit (and there are two of them at once) adds another 1.5 kg. I will not be original and honestly say that in the device for such a price there are their shortcomings, and also, as one comedian said their “growth potentials”. Here and there you look at the characteristics and you think that for this money you could have been more powerful and more serious-more exotic. In the end, after all, for 11253 USD it is possible to get many other interesting things.

Update in the starting segment of game graphics cards

At the very beginning of 2017, there was another event. Less pathetic than the previous ones, but no less important. NVIDIA has released mobile video cards of the 10th generation for gaming notebooks of the initial price category – 1050 and 1050 Ti. They came to replace the old men, like the GTX 965M and 970M, respectively.

Fortunately, the new chips did not just become overclocked and renamed versions of their “fathers”, but based on the new architecture – Pascal-like the older models in the face of 1060, 1070 and 1080. The prices for the most inexpensive gambling with 1050, with which you can play and in Need for Speed Payback, and in Star Wars Battlefront 2, and in Destiny 2 starting with about 47 000 rubles. 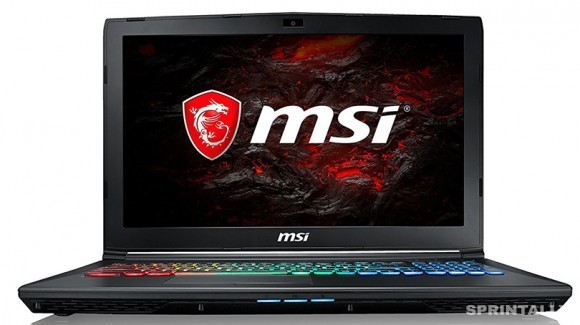 And we’ll start just with a laptop based on the NVIDIA GeForce GTX 1050 graphics accelerator, which, among others, became MSI GP62M 7RDX Leopard. It’s enough to play on average quality settings in many modern games. In conjunction with this video card, the Intel Core i5-7300HQ processor and 8 gigabytes of RAM are also working.

To store data, only a single terabyte hard drive is provided, which is not surprising with this price tag. But the laptop has a slot for the solid-state drive M.2 NVMe so that in time it will be possible to significantly speed up the system and applications. In addition, the MSI GP62M 7RDX Leopard also weighs just 2.2 kg, so taking it with you will be easy and simple. Moreover, thanks to the 15.6-inch diagonal display, the laptop will fit into a typical backpack. Also, it has many ports for every taste: HDMI, 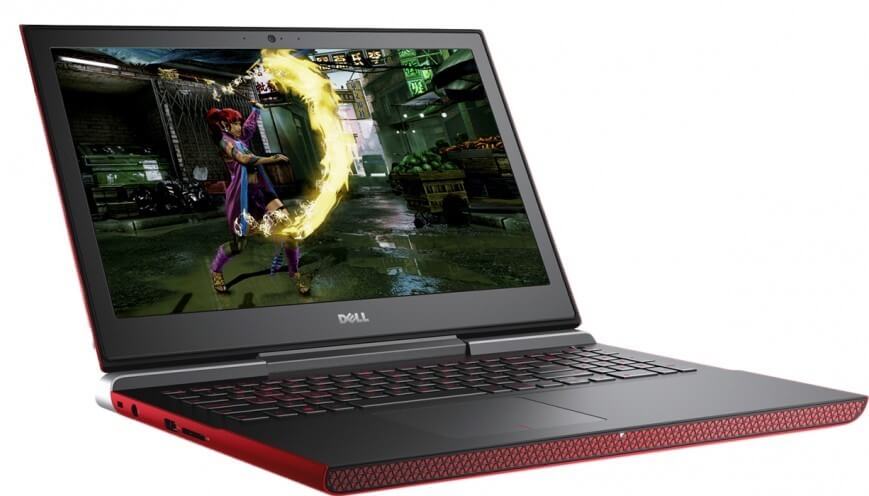 Further, we will go on increasing. Dell Inspiron 7567 is already more powerful, and a bit expensive. And more powerful at once on two fronts. First, he has a more serious processor – Intel Core i7-7700HQ. For a similar configuration, it’s even a bit too much, but if you not only play games, it’s even better. As for games, here is the main video card of NVIDIA GeForce GTX 1050 Ti. With such a system it will be possible to play Assassin’s Creed Origins, and in The Evil Within 2. True, there is only 8 GB of RAM, but the laptop will be easy to use: everything you need is directly under the lid.
In this model, it is also easy to change both the hard drive and the SSD. This can not pay attention to the first two or three years of ownership, but then you will necessarily want to update something, and you will be unspeakably happy that you do not have to disassemble everything to the bottom. The Dell Inspiron 7567 is also equipped with 15.
Acer Predator Helios 300 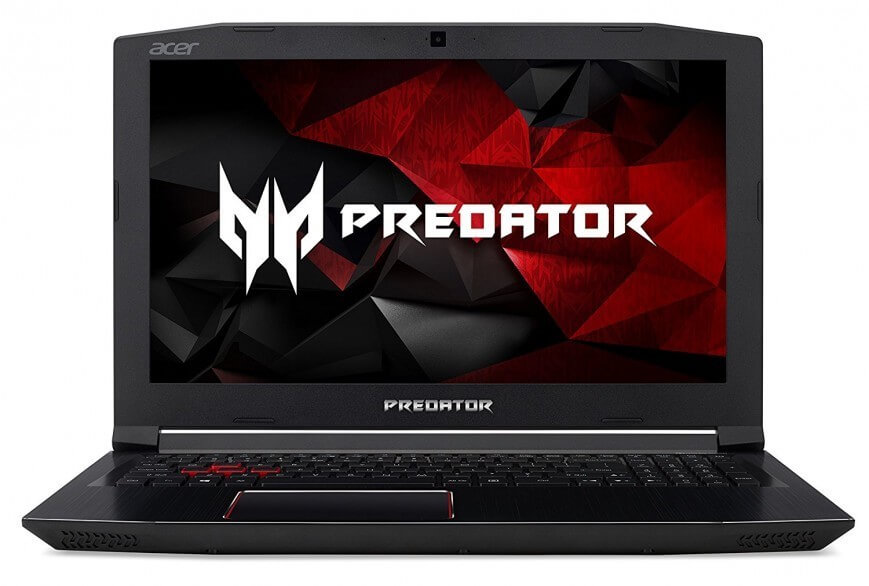 The laptop is more serious than other gaming laptops. But, in fact, this is one of the most inexpensive models with a similar configuration. At the same time, it is perfect for playing at high settings in Full HD thanks to a well-balanced system, which is headed by a powerful graphics card – GTX 1060.

And it comes with 6 GB of video memory, which is important because four do not always suffice. True, only the Intel Core i5-7300HQ accompanies the video chip. But for games in conjunction with the GTX 1060 more and not necessary. If you were expecting to use the gambler not only for games but for more CPU-dependent tasks, then it’s probably better to look for another model.

In addition, the Acer Predator Helios 300 has 16 GB of RAM, a terabyte hard drive and a 128 GB SSD. It is interesting that for HDD and RAM there are special fast access compartments in the bottom cover of the laptop, but to change the SSD, it is necessary to remove the entire bottom completely. And this, after all, as many as 15 screws. 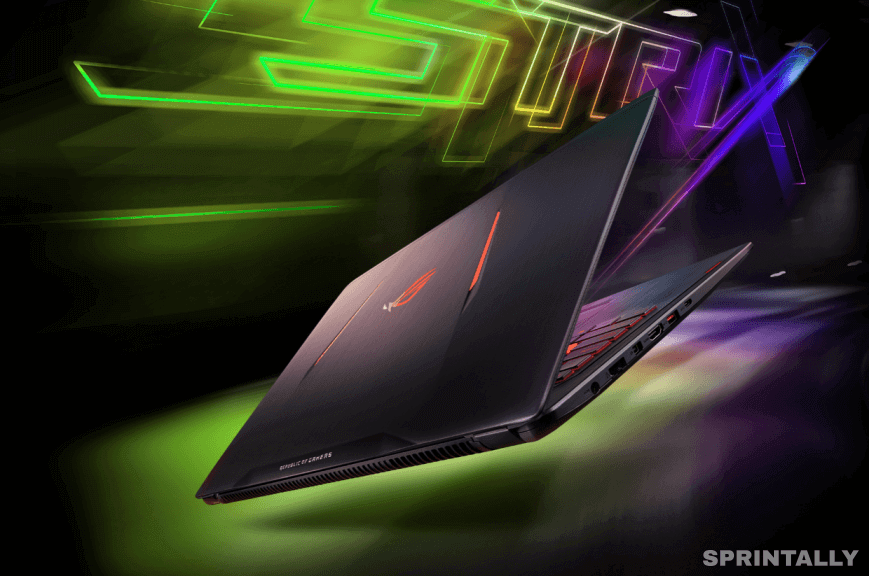 Together with the choice in favor of gaming laptops with a graphics card GTX 1070, we move from amateur gaming to serious. Asus ROG GL502VS allows you to play most modern games on the maximum graphics settings in Full HD resolution. It seems we already mentioned this model last year, but it still remains an excellent choice if you need an easy, but very productive laptop with a 15.6-diagonal at a reasonable price.

This graphics card needs a better processor, so the laptop is equipped with an Intel Core i7-7700HQ. Also, ASUS ROG GL502VS can boast 16 GB of RAM, terabyte HDD and 256 GB hard drive. In addition, he has an excellent screen and a good audio system.

It seems that if the ASUS ROG GL502VS can pull all games to “ultra”, why do you need more expensive laptops at all? 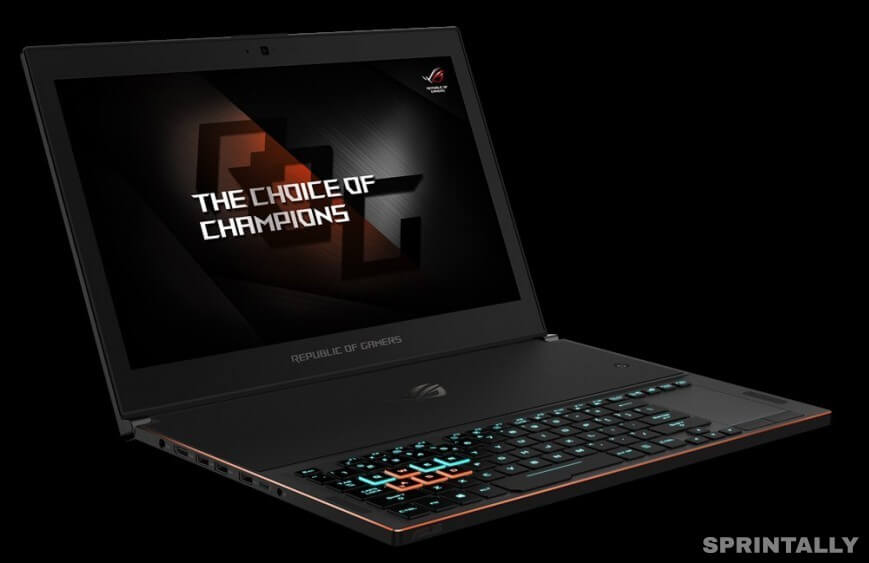 One of the “coolest” gaming laptops of this year, no doubt, was ASUS ROG Zephyrus GX501VI. He is one of the first representatives of laptops, the following concepts of Max-Q. Thanks to this in its 18 mm case, the NVIDIA GeForce GTX 1080 graphics card and the Intel Core i7-7700HQ processor get along, which never happened before. Of course, there were some compromises.
For example, inside there was simply no place for a hard disk. Although the laptop goes with a 512 GB SSD, this is not enough for modern games, and it’s expensive to switch to a terabyte SSD. Although not very expensive against the background of the price tag of 200,000 for this laptop.
Also, not everyone will appreciate that the place of the palmrest and touchpad was occupied by the keyboard, and the place of the keyboard is nothing. Nevertheless, this laptop – not only the embodiment of the victory of engineers from NVIDIA and ASUS over the endless thinness of gaming laptops but also more than an excellent device for every day. Such power in such a thin body and at a weight of only 2.25 kg – this could not but lead our list of the best gaming laptops of the year.