10 most stupid animals in the world

Stupid animals: Even after a short conversation with a person, you can conclude their mental abilities.

Contents of the Article show
Below are the 10 most stupid animals in the world
1. Hippopotamus
2. Sloth
3. Koala
4. Ostrich
5. Rabbit
6. Panda
7. Common pheasant
8. Kākāpō
9. Common Quail
10. Turkey

Everything is much more complicated with animals, and ordinary people will not even think of such an idea.

It seems that for the animal world, the level of IQ does not matter at all. Monkeys don’t show off their red diplomas, and gold medals to each other, and elephants don’t engage in intellectual battles.

Indeed, animals will never worry about their mental abilities, but this question does not give a person rest.

For example, the famous zoologist Adolf Portmann from Switzerland compiled a mental development scale. He assigned all the animals and birds according to their level of intelligence. Other scientists supported his theory.

This article will talk about creatures that nature has not rewarded with a great mind. Below are the top 10 stupidest animals in the world.

Below are the 10 most stupid animals in the world 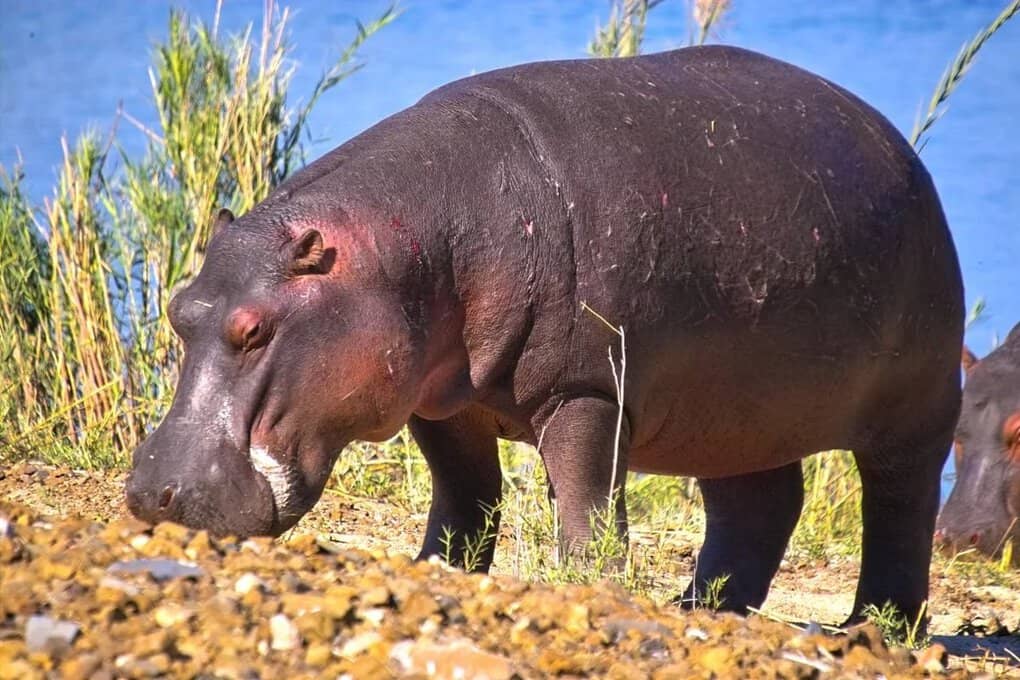 Hippos have no activities other than lying in cool water and taking a nap. They are clumsy and slow-witted.

Hippos do not understand that they often put their lives in danger. They can safely lie on the waterfall’s edge without worrying that the current can carry them away.

These animals do not lend themselves to training at all. They are very aggressive and lazy. A well-known trainer once admitted that it is difficult to make hippos perform tricks. They can’t even work for food. 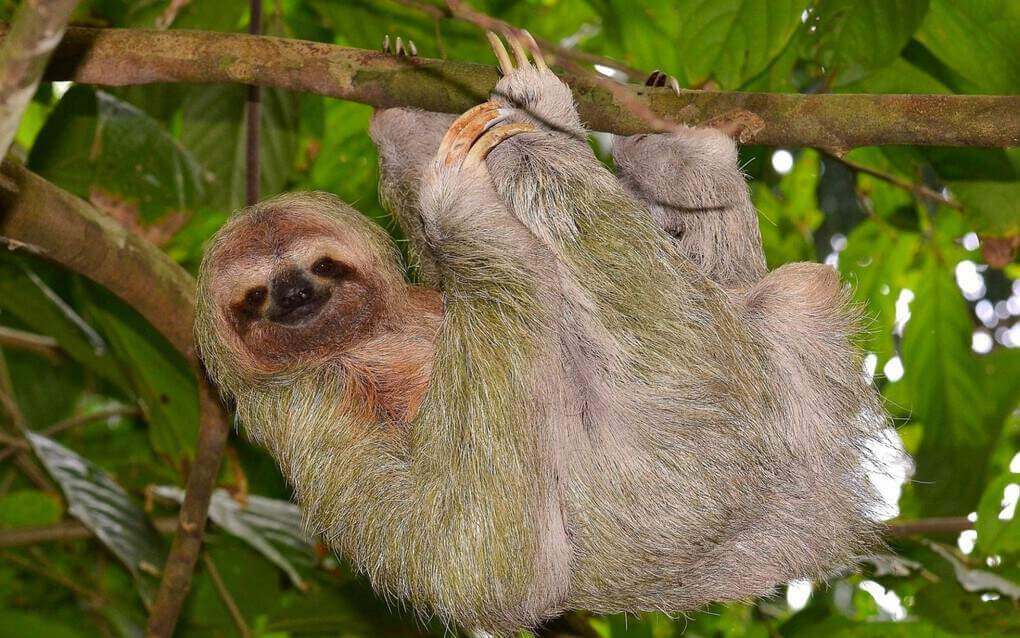 Some scientists called sloths not otherwise a mistake of evolution and said they would soon become extinct. But the lack of mental abilities did not affect the number of individuals on the planet.

Sloths spend most of their lives sleeping. They sleep about 15 hours a day, and they hang from trees the rest of the time.

Sloths can’t even digest food; this is done by the bacteria that inhabit their stomach.

On the ground, they are helpless, so they prefer to spend more time in trees. 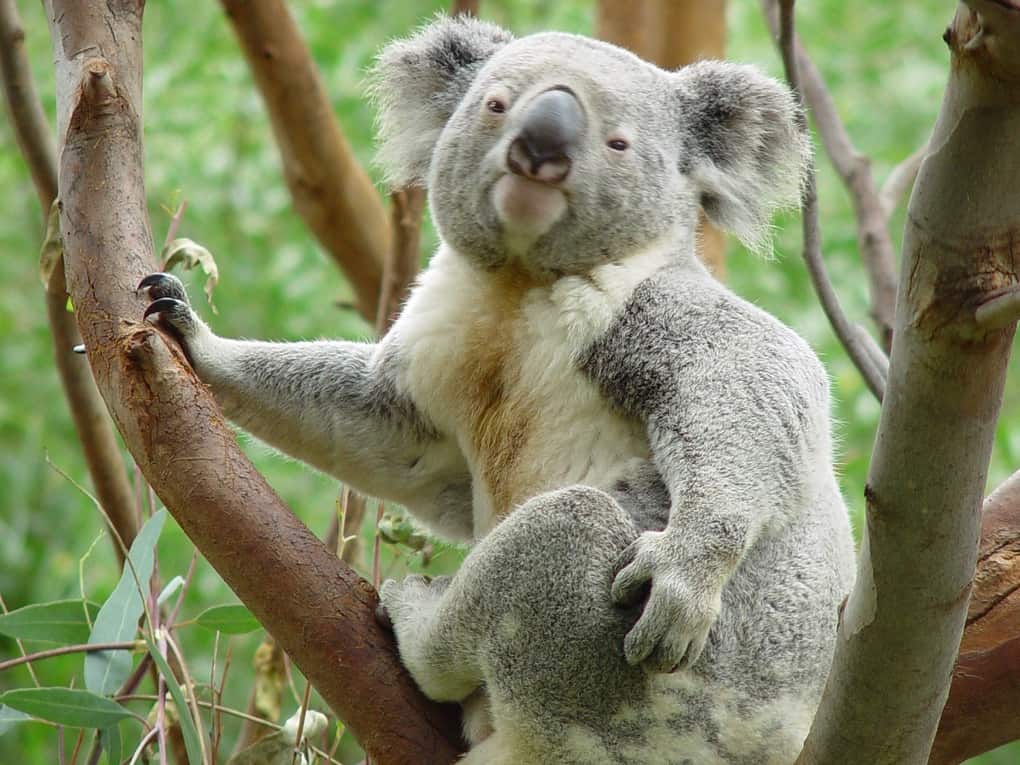 Koalas give the impression of cute creatures, but this is not entirely true. These animals are irritable and unclean. Their brains make up 2% of their total body weight, although scientists say they used to be much larger.

The cause of koala degeneration is the transition to plant-based food, which cannot provide them with all the necessary substances.

Koalas are very slow. An experiment was conducted in which scientists could confirm these animals’ low levels of intelligence.

Plates of eucalyptus leaves (their main food) were placed in front of the koalas, but they did not eat them. The animals were used to food growing on trees and did not know what to do with these plates and leaves. 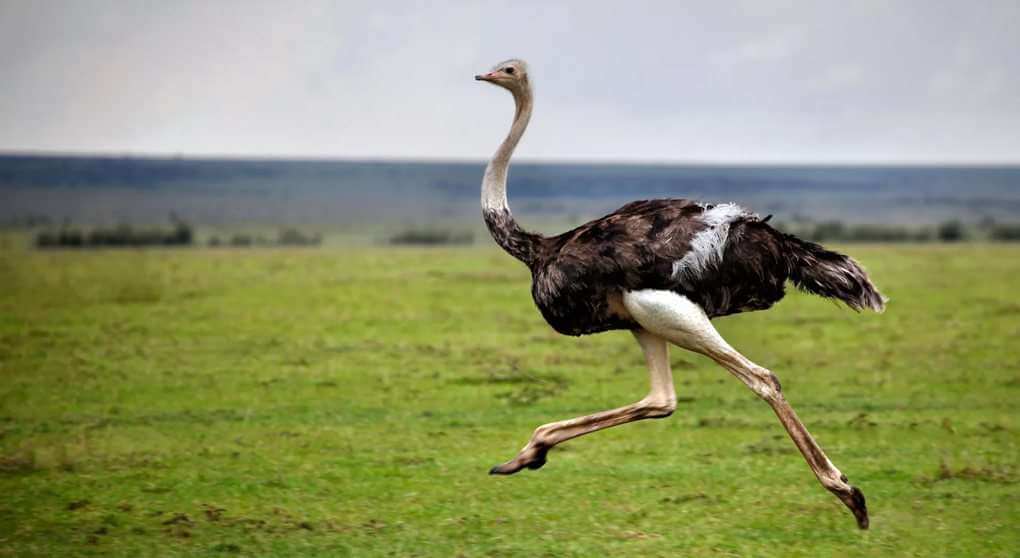 Scientists claim that the brain of ostriches is smaller than their eyes. These animals are stupid and short-sighted. They do a lot of weird and stupid things. They live by following their instincts.

They can’t be taught anything. Therefore, caution should be exercised when coming into contact with an ostrich. Do not try to feed the animal with your hands; it can bite off several fingers.

Ostriches often show aggression and can attack for no reason, clog their wings or trample them with their feet. Given the size of the bird, this will not be difficult for them. 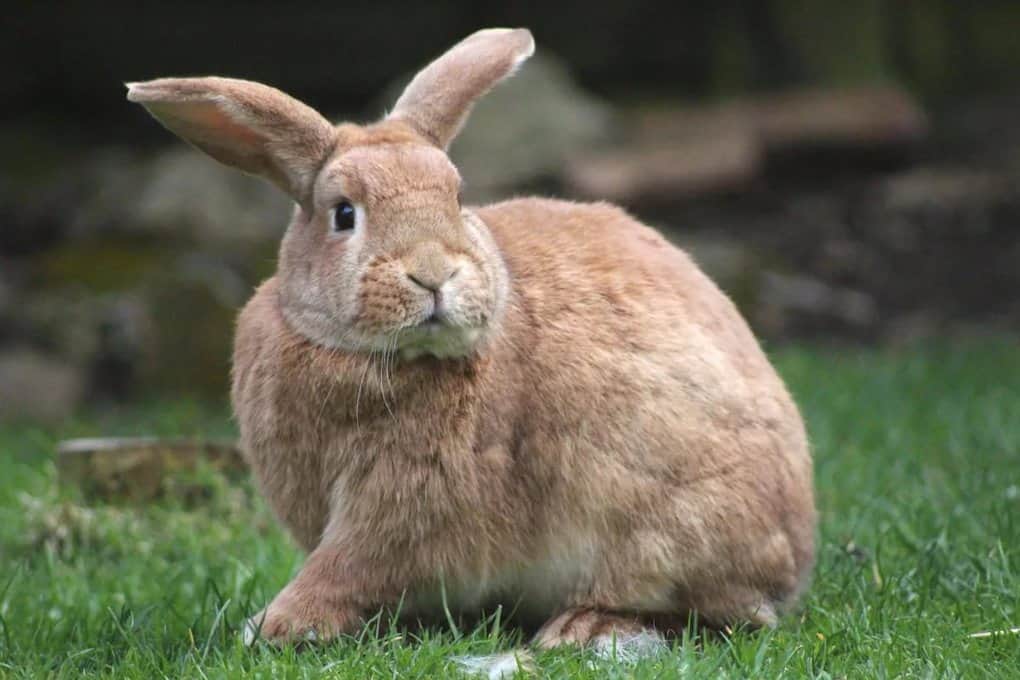 It seems that rabbits are cute creatures. But those who dared to have them at home will not agree with this statement.

If you read reviews about them as pets, you will feel that rabbits are the most stupid animals on the planet. They harm, mess up, and gnaw things. They do not distinguish between edible and inedible.

By the way, rabbits are not as harmless as you might think. They can attack the owner, bite, scratch. Although people are to blame for this animal behavior in most cases, it means that the remnants of intelligence in the rabbit are still preserved. 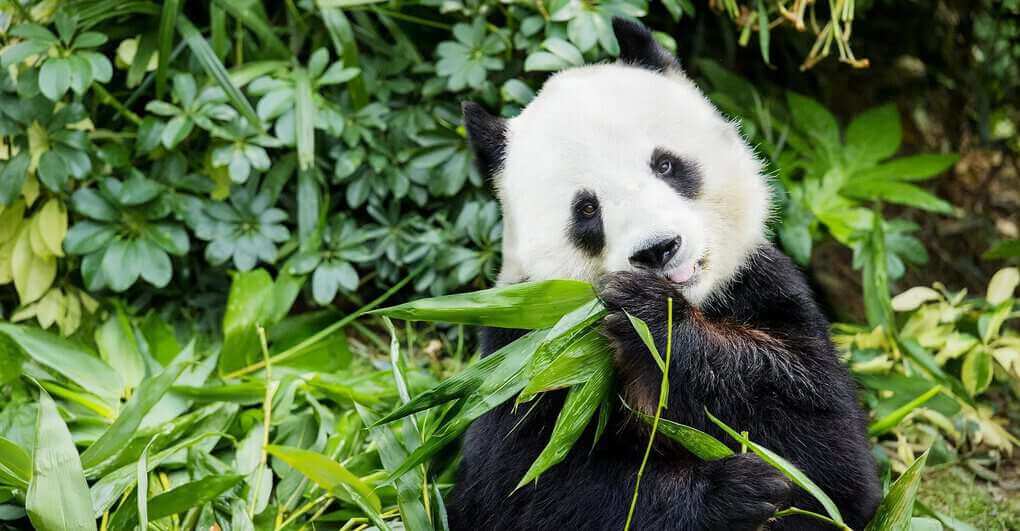 Pandas are also threatened with extinction. The main reason is a low level of intelligence. They are quite good-natured, but it is almost impossible to train a panda to follow commands.

Pandas eat bamboo. It contains too few calories. Such food can not provide their body with everything they need, but animals will never eat anything else, although they are considered omnivores.

Scientists even say that if the bamboo is destroyed in the habitat of pandas, they are threatened with starvation. They will not eat insects, carrion, or other plants. They won’t think of it.

There is another reason why the number of pandas is constantly decreasing. Females of these animals usually give birth to two cubs but take care of only one; the second one dies. 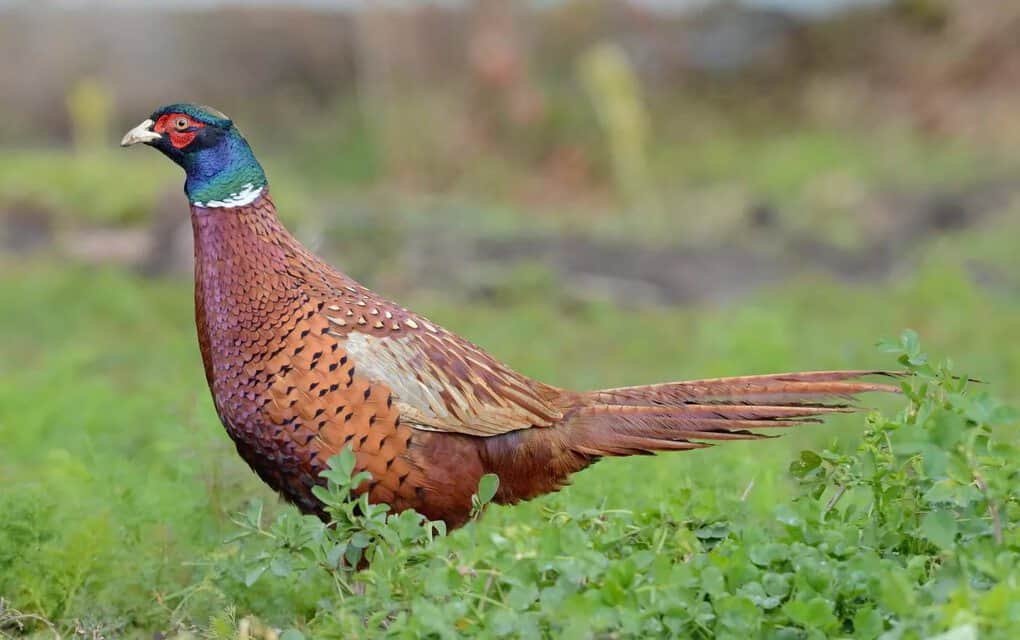 Common pheasant are very beautiful birds. They can be either wild or domesticated. Their behavior does not always lend itself to logic, so they are called stupid beauties.

For example, if a pheasant decides to take off and hits a barrier, it won’t move any further. It will repeat its maneuver many more times until it smashes its head.

Other birds experience strange aggression at the sight of this behavior of a relative. They can attack and bite you to death.

In nature, pheasants also put their lives at unreasonable risk, so they become easy prey for hunters. They are not afraid of them; they take off noisily and return to the place they just flew away from with fear. 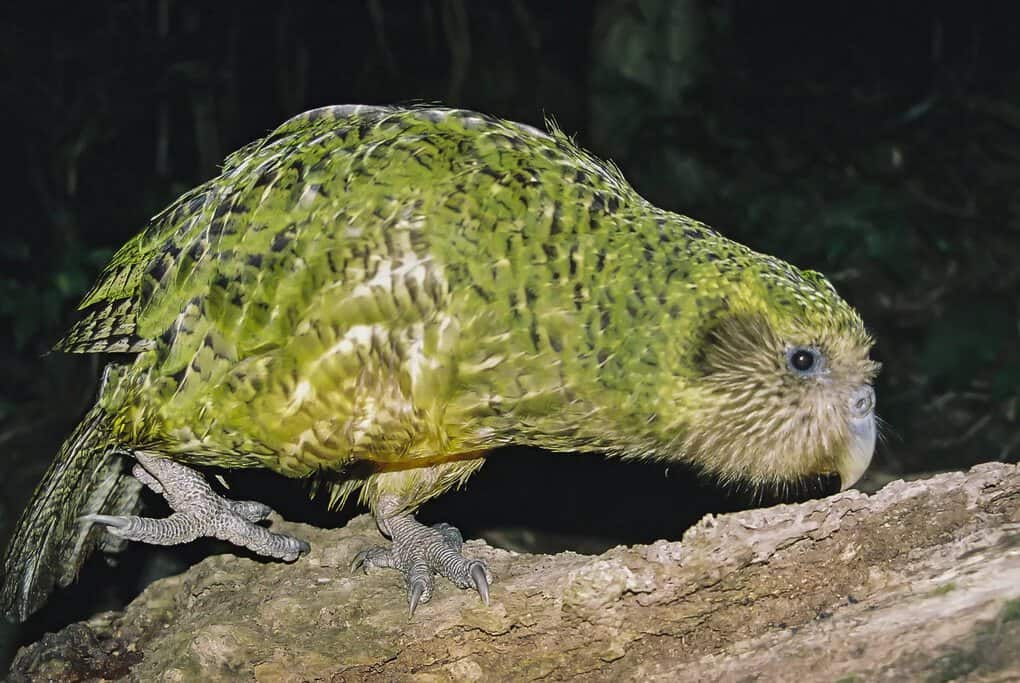 Kākāpō are the most ancient birds on the verge of extinction. In January 2019, these birds globally reached 147 (in 1995-50 individuals).

The biggest problem of these birds is their good nature and trustfulness. They don’t know how to behave in the face of danger. The birds stand there and think. They can’t fly, and they can’t defend themselves.

The situation is complicated because kakapo does not seek to reproduce. Kākāpō mates no more than twice a year, and often males are “not selective in relationships.” They do not distinguish female Kākāpō from other living creatures.

It is not surprising that thanks to such mental abilities, birds were on the verge of extinction. 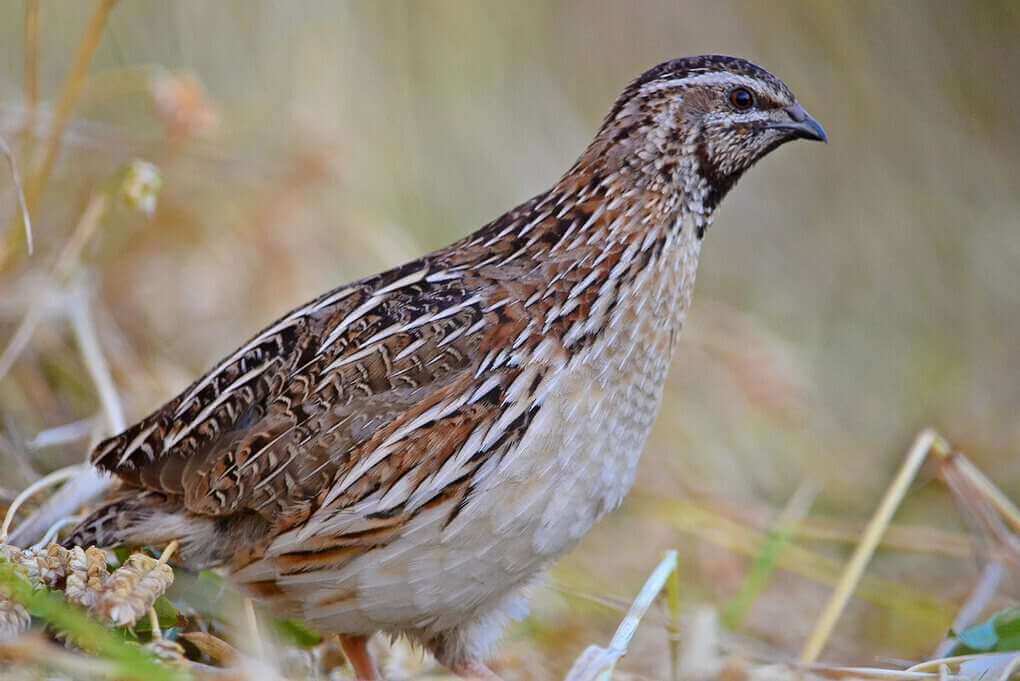 The quail’s intelligence level also leaves much to be desired. Quail have very small brains, which undoubtedly affects their ability to think.

Birds often put their lives at risk. Wild birds live in small flocks but do not have a leader.

They choose places that are too accessible for breeding their offspring. Very often, quail nests are destroyed, so female quails leave their chicks to fend for themselves.

Breeders who try to breed these birds also find their behavior strange. They can get burned by the heating system, drown in a drinking bowl, and break their heads on the ceiling. 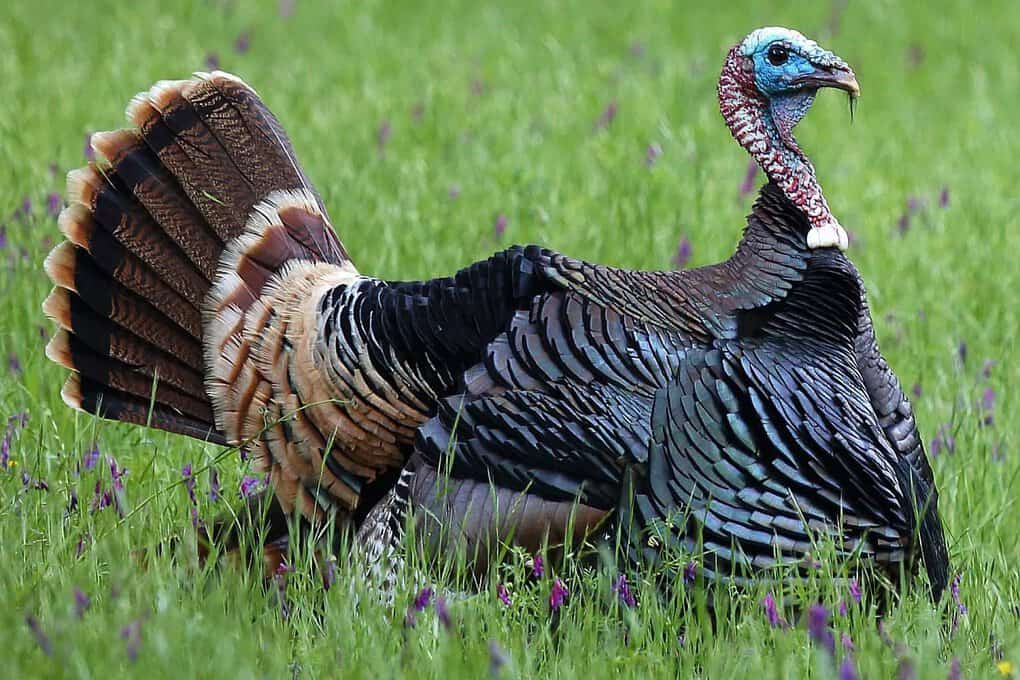 Only domestic turkeys suffer from a low level of intelligence and lack of intelligence. Wild turkeys have nothing wrong with their mental abilities. They are quite cunning and prudent.

Homemade turkeys behave very strangely, which is partly the person’s fault. For example, turkeys do not know how to eat independently, and they need to be taught.

It is not uncommon for birds to die, although there was plenty of food. When birds drink, they begin to shake their heads, fall into a trance, fall into the water and die.

Sometimes they follow each other around in a circle and look at the sky for a long time. Turkeys are not afraid of noise, but any rustle can cause a panic attack. Then the bird rushes and crashes into objects and walls without making out the path. Owners of turkeys have to keep an eye on them constantly.