10 most handsome football players in the world

Football is a harsh sport. Knocked out teeth, broken limbs, and at best bruises and bruises for football players are among the inevitable costs of the profession. However, it is not for nothing that they say that scars adorn a man. And the most handsome football players in the world, even if their appearance is far from the model, are still idols of millions of people around the world. 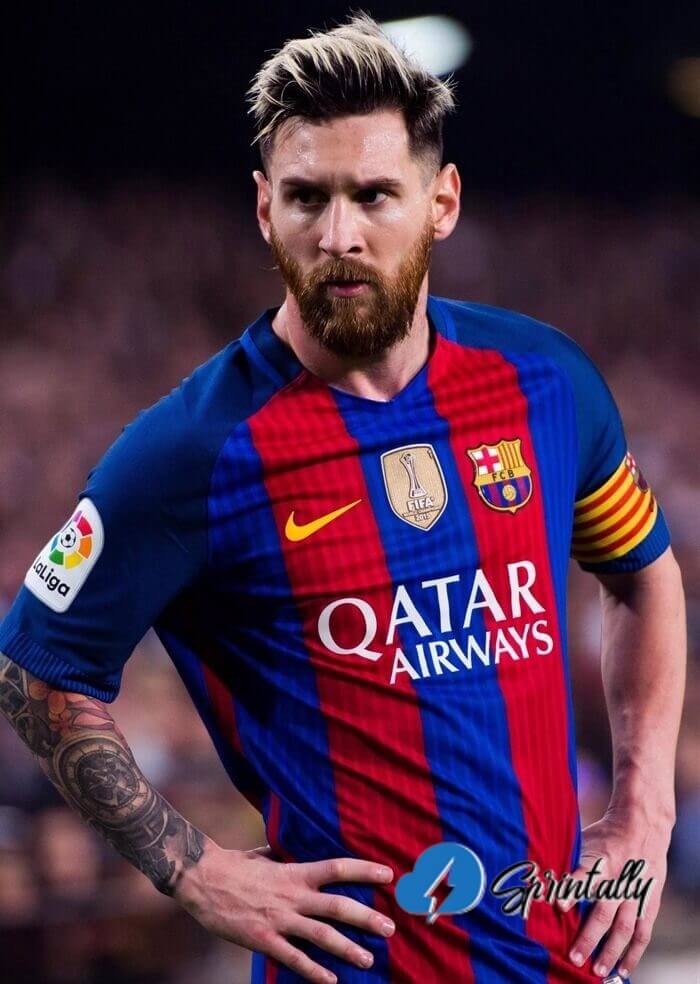 A popular Argentinean footballer known for his charismatic look is one of the richest celebrities in 2018. He plays for both Argentina and FC Barcelona as a striker. And one of the best football players of our time.

In 2017, Messi broke the heart of millions of girls by marrying his longtime childhood friend Antonella Roccuzzo. 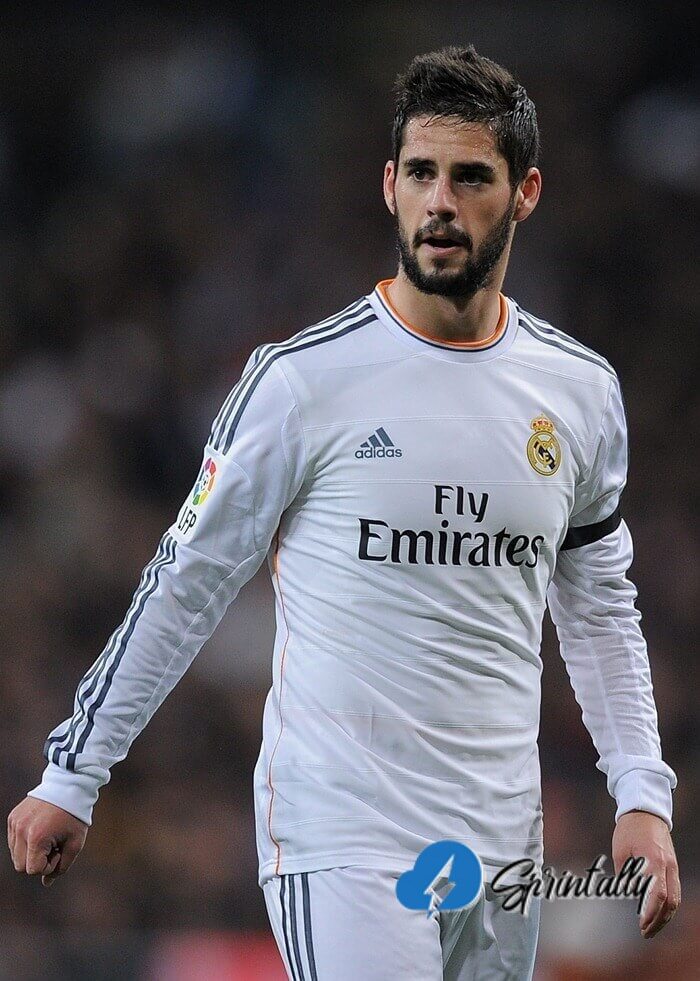 On the 9th place in the list of the most beautiful football players is the Spanish midfielder, who is known for both the visual appeal and the elegance of the game. In 2012, he was awarded the Golden Boy Award (the best young soccer player of the year in Europe). Due to this success, Real Madrid drew attention to Isco and in 2013 signed a contract for 30 million euros with a football player. In this football club, he plays to the present.

Isco recently showed an excellent performance as a member of the Spanish national team at the 2018 World Cup in Russia. 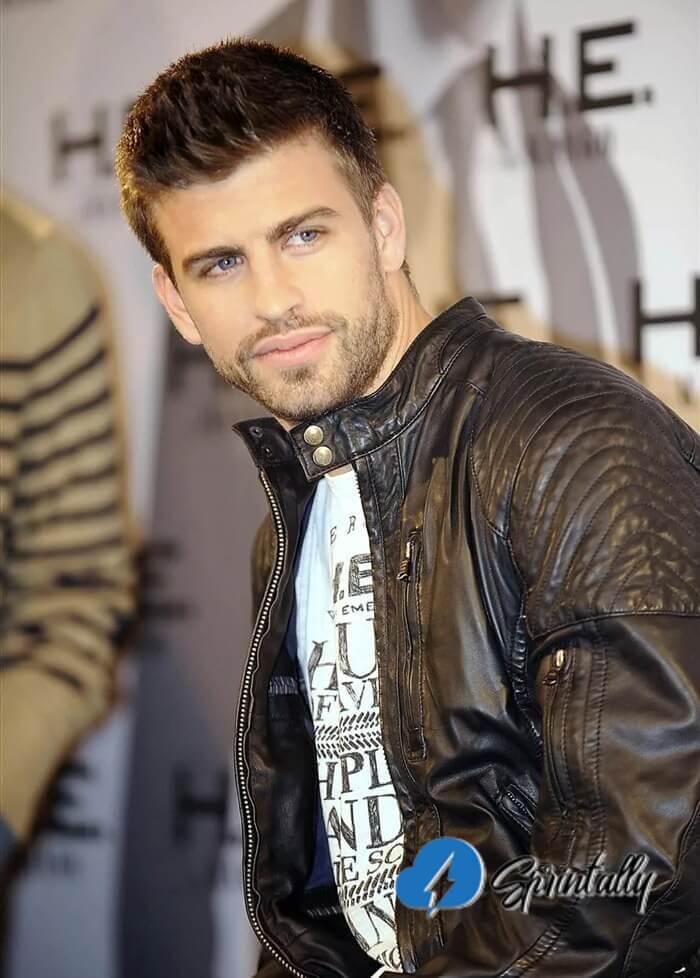 This Barcelona player has melted many women’s hearts with his manly appearance and impeccable hairdo. He has become an integral part of the Spanish team since his debut in 2009. In addition to football, Piquet does not forget to remind himself in other ways. For example, his verbal and twitter feud with Sergio Ramos.

Piqué started dating Colombian beauty Shakira since they first appeared together in the Waka Waka video. One of the most beautiful star couples in the world already has two children, Milan and Sasha.

In addition to a successful football career, Piqué made a name for himself in the fashion industry. He is the face of HE, the exclusive Mango men’s line. 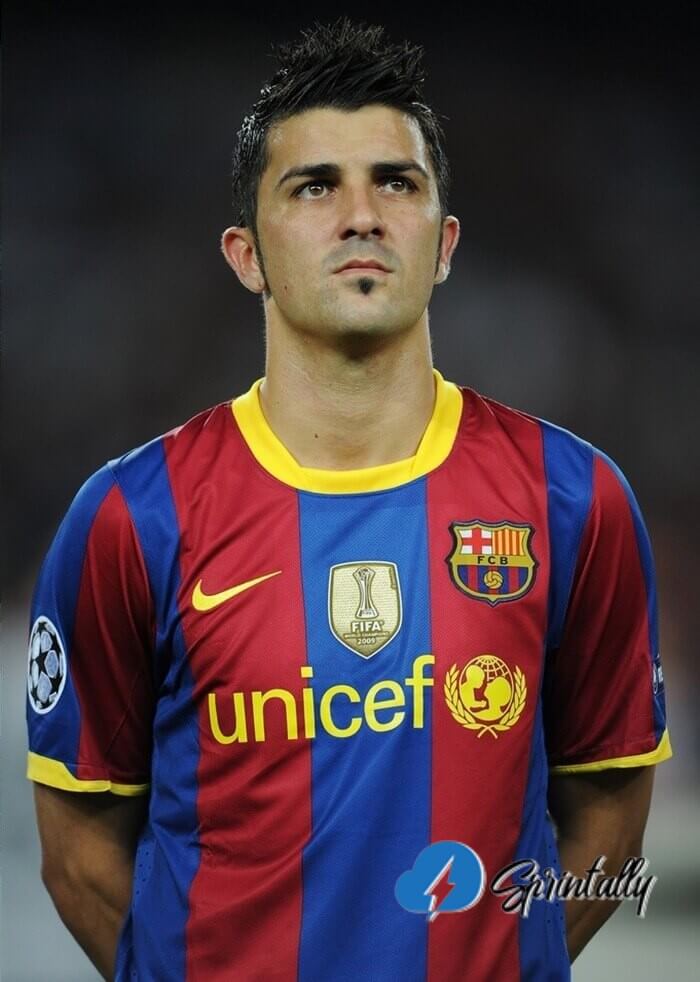 The best scorer in the history of the Spanish national team, as well as one of the most glamorous and sexiest football players in the world, has long been firmly married to Patricia Gonzalez.

The couple now has three children, Said, Olalya and Luka. Interestingly, David engraved the names of the children on his personalized Adidas F50 boots. 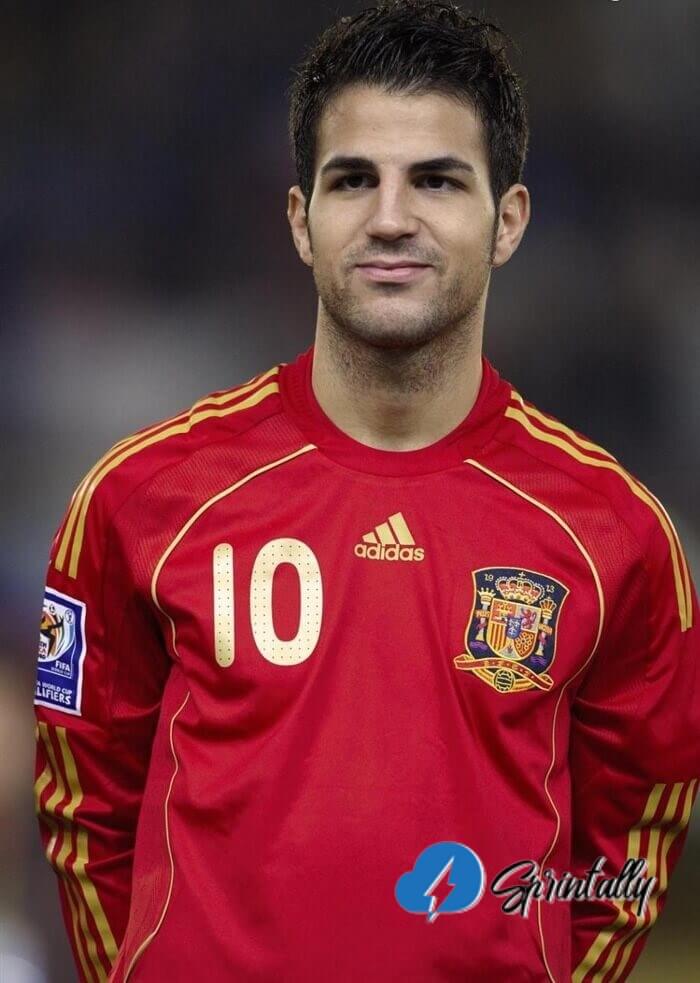 This football talent has played over 400 games for his clubs. In total, he scored more than 122 goals.

The product of the youth academy of FC Barcelona, Fabregas debuted in the Spanish national team in March 2006. And since then he has proved himself as one of the key players in the team. In addition, he represented his country at three world championships and three UEFA Euro cups.

Like most handsome football players, Fàbregas is already in reliable female hands. He is married to Danielle Semaan, and the couple has three children. 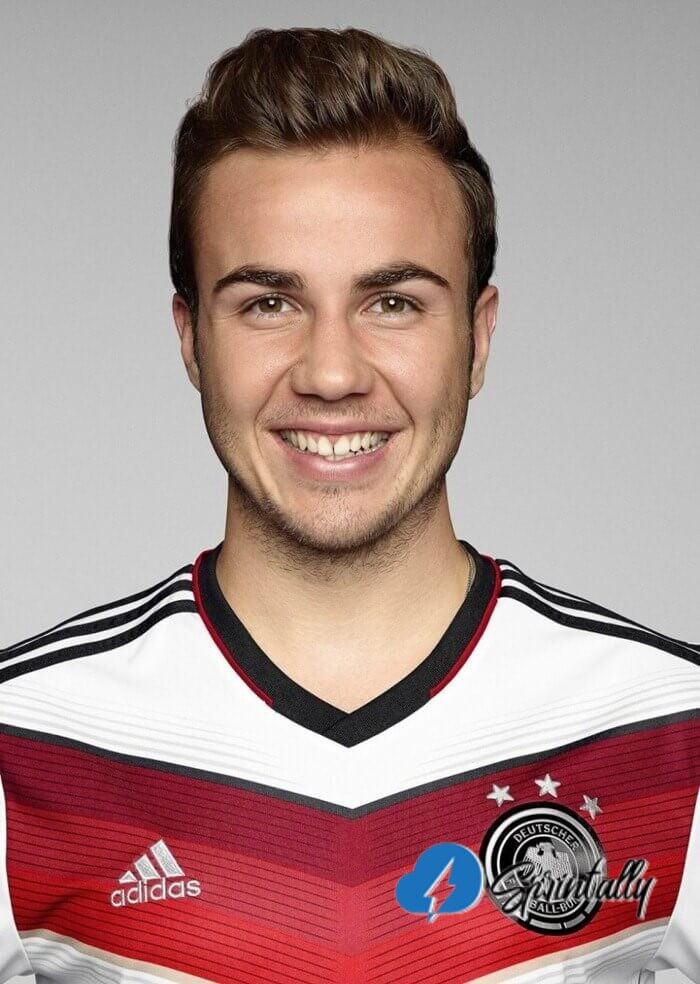 The 26-year-old striker of the German national team has unique dribbling and speed. Named one of the best German footballers, Götze played for Dortmund Borussia from 2009 to 2013. He then moved to Munich Bavaria and returned back to Dortmund after three seasons.

A year ago, Mario was married to the German beauty model Ann-Catherine Brommel. In addition to football, the German football star appeared in numerous advertising campaigns and also hit the cover of the magazine. Pro Evolution Soccer 2015. 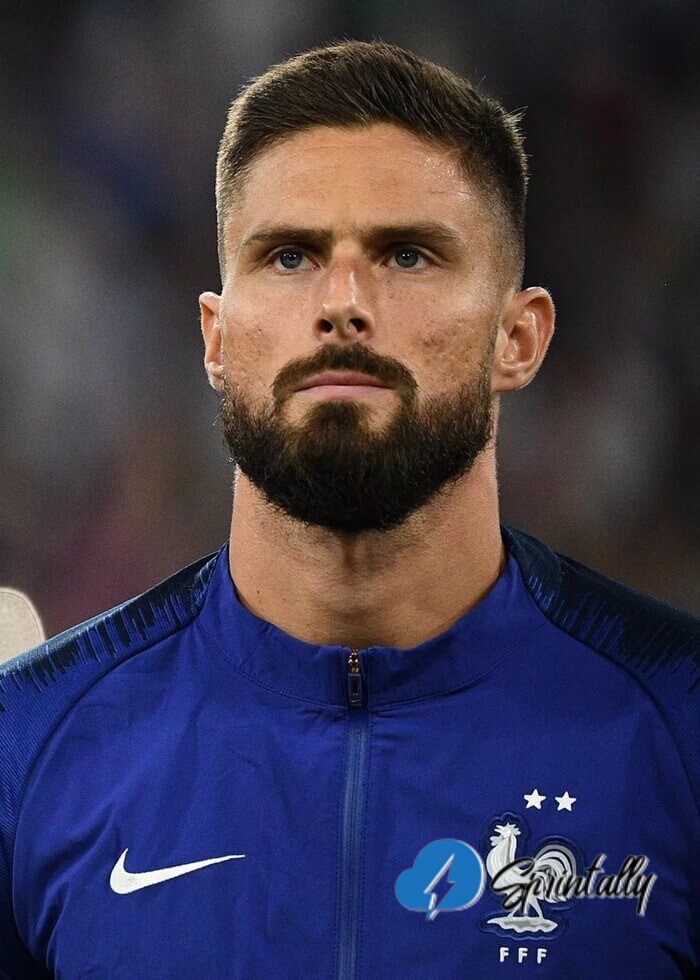 The Chelsea striker and the French national team are called the “French Beckham” for their impeccable sense of style and striking appearance. He even won the title of the most attractive Premier League player in 2015.

Olivier Giroud’s personal life turned out to be in the sights of the media in 2014 when an article appeared in the Sun newspaper that the football player had cheated on his wife Jennifer. This happened right before the Crystal Palace match, which means that Giroud was threatened not only by a family scandal but also by an impressive fine from the Arsenal football club, whose rules prohibit entertainment before the match. In such a situation, Fat could only ask for forgiveness from his wife and club management.

In 2016, the couple reconciled, and Jennifer gave birth to Olivier’s son, who was named Evan. 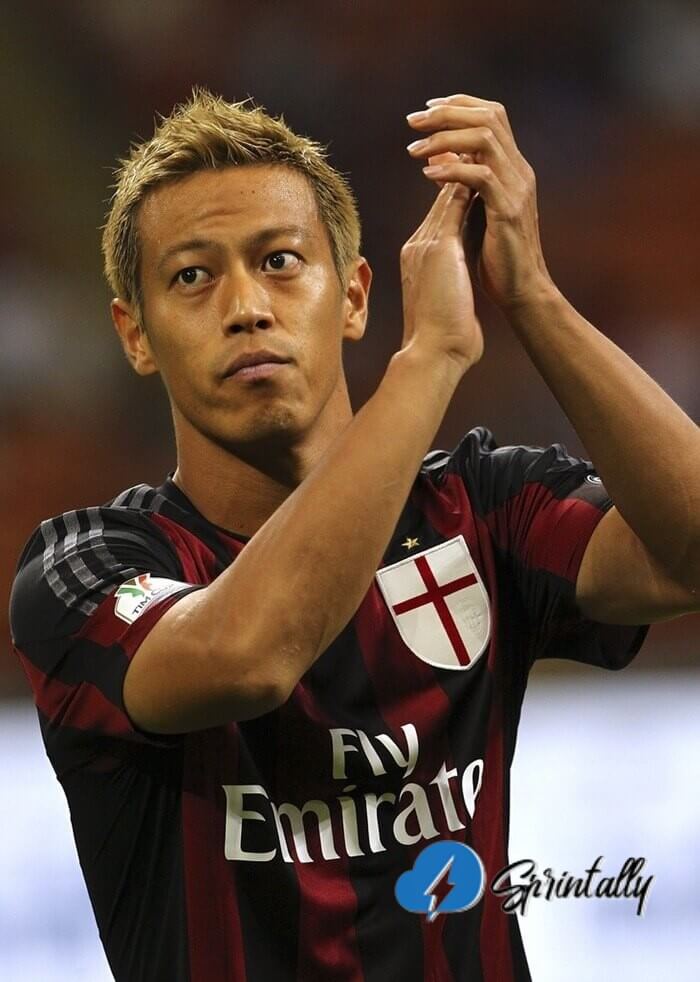 The Japanese footballer, nicknamed “Emperor Keisuke,” is known for his signature spiky blond hair. When he does not demonstrate his dribbling and free kick skills on the field, he puts on the most fashionable casual clothes, being an icon of style both in sports and in life.

Fans believe that Honda would become a first-class pop star if he had not chosen a sports career.

By the way, from 2010 to 2013 Honda played for the CSKA Moscow club, becoming the first Japanese football player to participate in the Russian championship.

Very little is known about the personal life of the Emperor. He has been married since 2008 to a woman named Misako, and he simply ignores all questions about the marriage of Honda. 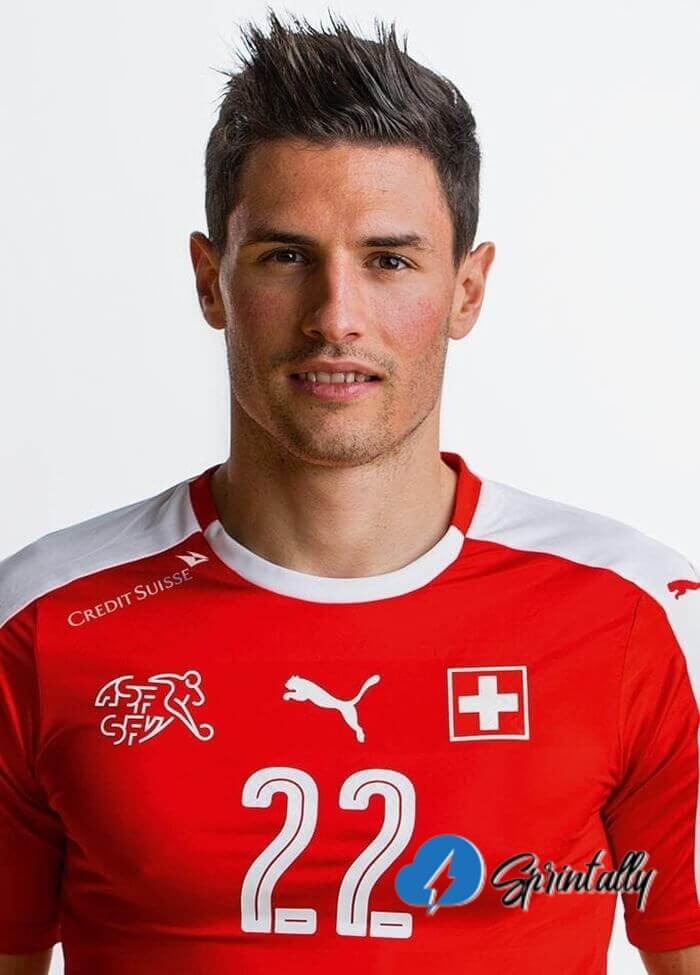 If there was a prince in fairy tales who play football, he would look like Fabian Cher. The Swiss footballer looks royally beautiful even on and off the pitch. His Instagram photos are close to perfection and easy to confuse with the selfie of a fashion blogger.

Currently, Fabian is single, which automatically includes him in the list of the most promising football grooms. I wonder what luck is lucky? 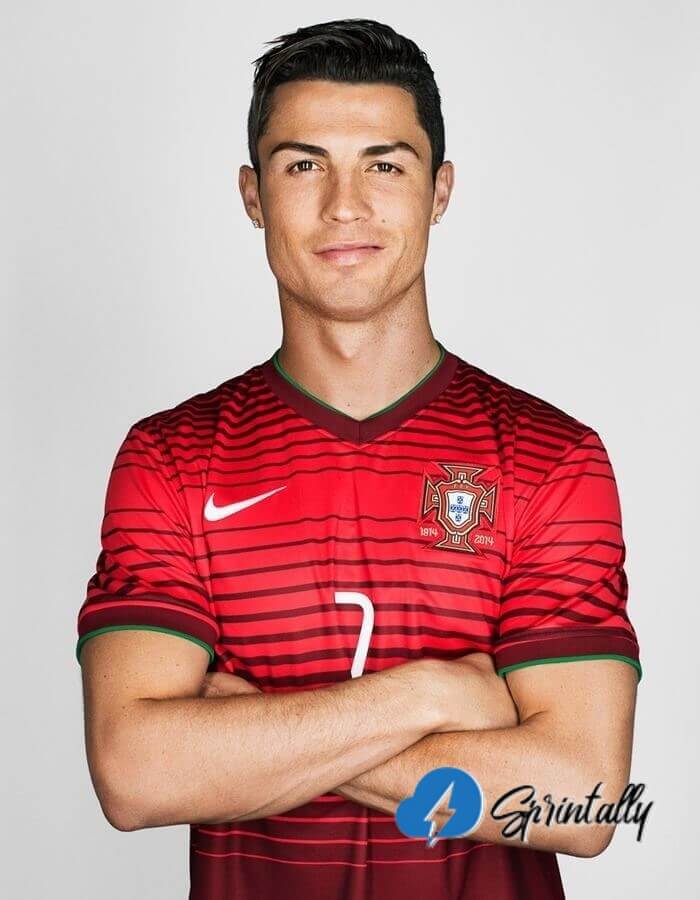 Football experts call Cristiano one of the best football players of all time. So far, he is the only footballer in history who has managed to win the championships of England, Spain and Italy. And one of the most generous. Ronaldo donated over 10 million euros to charity.

In 2015, the media went crazy when the famous football player announced his breakup with the Russian model Irina Shayk. Then he began to openly meet with Georgina Rodriguez, and in 2017 they had a daughter, Alan-Martin. And a year later a magnificent wedding followed. Moreover, along with Ronaldo, Georgina got three of his children born to a surrogate mother.