Wires aside: 4 alternatives to Apple AirPods

When it comes to fashionable wireless headphones, Apple AirPods immediately come to mind. Nevertheless, today on the market there are other models that are not inferior to the “apple” headset. “Sprintally“, tells about four fresh alternatives to AirPods, and also explains what “real” wireless headphones are different from “regular” ones.

Recently, people can often see people with “macaroni” sticking out of their ears. This is the users of Apple AirPods. It was Apple, as it usually happens, made the new form factor popular, introducing its wireless headphones back in September 2016.

The main difference between this type of headphones is the complete absence of wires. The left and right speakers are synchronized with the sound source and with each other using the Bluetooth protocol. AirPods is a really good Apple product, but they have two very specific features.
Firstly, it’s not in-channel headphones, but headphones-earbuds, so there is no sound insulation in them.
In the metro, on a noisy street, in an airplane or in the wind, it is almost impossible to use them. This design has its advantages, for example, in them, the ears get tired less than with the in-channel headphones-plugs.
But in a noisy city, the design of AirPods imposes serious restrictions on the user

Secondly, the AirPods design looks very specific. Because of the rather loose design, it seems that they are about to drop out of the ear. 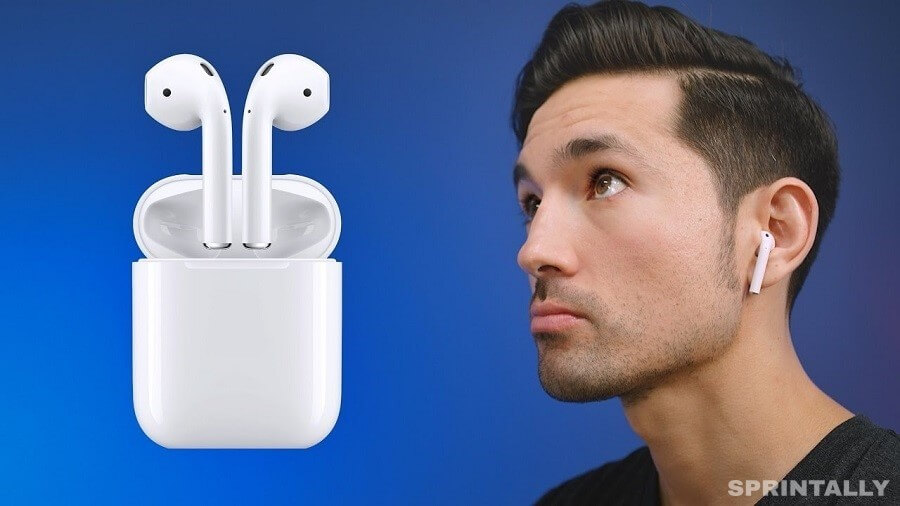 Little-known Chinese companies are trying to copy the design and design of AirPods, but so far can not boast of a decent quality. Nevertheless, large companies that have long been involved in the production of such devices have high-quality models of wireless headphones that are ready to compete with Apple.

Headphones from the Danish company Jabra – the newest model in this review. It supports the “long-range” Bluetooth 5.0, which has an increased range of action compared with the previous version of the “blue tooth”. The connection with the smartphone from the Elite 65t is quite reliable and almost never gets lost. 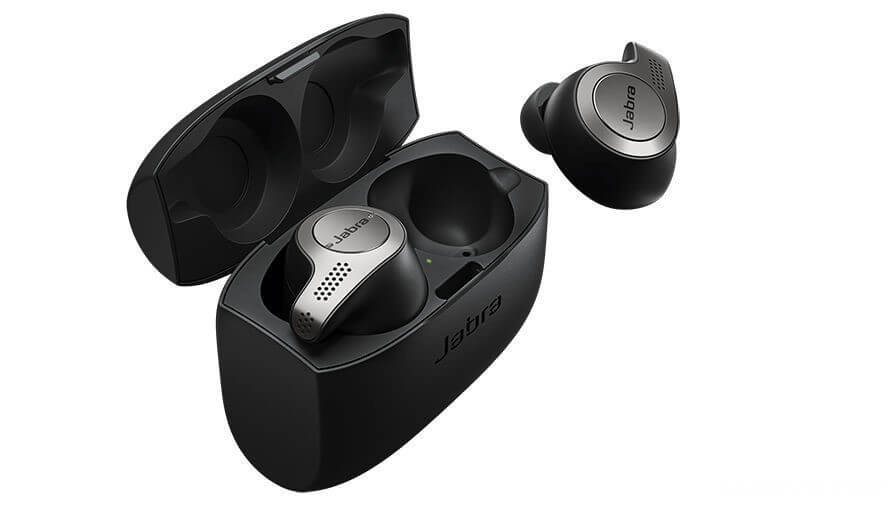 Included with the Jabra Elite 65t comes to a compact case-charge. These headphones are controlled with the help of physical buttons, on which, in turn, the volume control is tied. The model has a moisture protection according to IP55.

The sound in the headphones can be adjusted to your taste with the help of an equalizer smartphone. Also, if you use the Jabra Sound + application, you can set different sound profiles for ambient mode – it is needed if the user needs to control the external sound space.

In this mode, headphone microphones allow you to “hear” ambient sounds, which is useful, for example, while jogging.

In each of these profiles external sounds are mixed in different ways, in one profile all sounds are heard without exception, while in others, the emphasis is placed, for example, on the voice. The battery life of the Jabra Elite 65t is almost five hours. The price in the USA is 170 USD.

This is the second Gear IconX model from the Korean company Samsung. The main chips of these headphones are touch control and the mode of operation of the “audio player”. 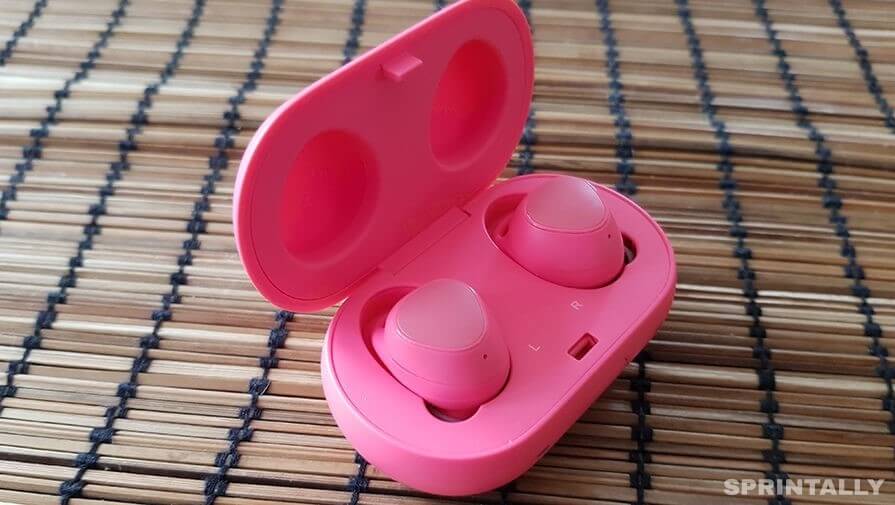 Yes, Gear IconX has a built-in memory (3.4 GB), and therefore they can independently play music. In addition to the acid pink color, which is suitable only for teenage girls, on sale there are models of “standard” black or gray colors.

Touch control Gear IconX is very intricate. It seems less convenient than the physical buttons Jabra, but it allows you to completely manage music, calls and voice assistant Google. In the headphones themselves, a fitness tracker with a voice assistant for running is integrated.

The battery life, like the Jabra Elite 65t, is up to 5 hours when playing music from the smartphone and up to 7 hours in player mode. From a technical point of view, this is probably the most “heaped” headphones. The price in the USA is 194 USD.

Sony WF-1000X – headphones with the best sound in this review. They have very active noise reduction and an advanced proprietary Headphones Connect application, where the sound can be tailored to your own taste. There is also an ambient mode. 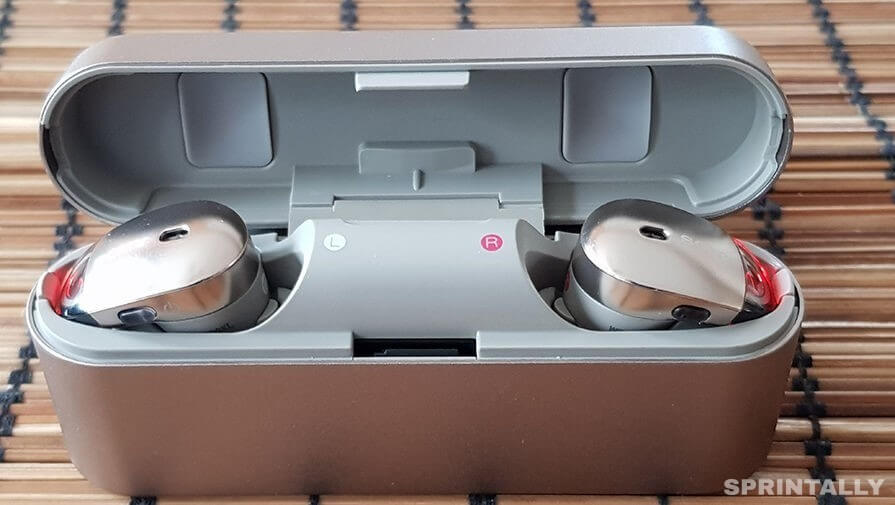 But the control of the WF-1000X is surprisingly ascetic. There are turn-on and turn-off of tracks, receiving calls and switching modes of active noise cancellation. Strangely enough for a model of this class, they do not have volume control. The disadvantages include a rather short battery life – just over 3 hours. In the storage case, the full charge is repeated for one and a half hours.

Bluetooth-connection in the tested model was less reliable than the Elite 65t and Gear IconX (2018) – several times the sound disappeared, and you had to reconnect to the smartphone again. The price in the USA is 223 USD.

But JBL Free – the most “budget” headphones. The sound of JBL Free liked a little less than other models. JBL Free has no active noise cancellation, as there is no volume control. Buttons allow you to enable or set the track to pause and answer the call. 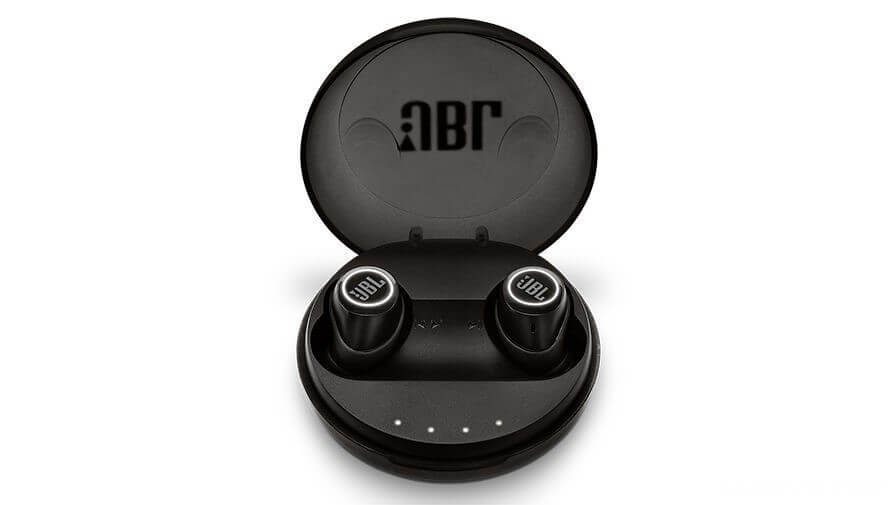 There is in the model protection from splashes (not to be confused with moisture resistance). The battery life is standard – up to 4 hours. One of the headphones can be used separately as a headset for making calls.

Bluetooth-connect was the most unreliable among all four models, and the left earpiece at the time of writing the review was out of sync more often than the user would have liked. The price in the USA is 150 USD.

Are all these models comfortable? In the ear, they sit like pouches, and the wires do not cling to anything, because they simply do not.

At the same time, all of the above models sometimes lost touch with the smartphone. The lack of volume control for the Sony WF-1000X and JBL Free is generally inexplicable in terms of usability.

The sound quality is acceptable, but it is necessary to understand that wired in-channel headphones sound for the same level for 45-75 USD. In a word, audiophiles will have to “sit on the wires” for some time.