Why we need vitamin B6 and what foods contain it?

Vitamin B6 (pyridoxine) is very important for the body because it improves the absorption of unsaturated fatty acids. Together with calcium, it contributes to the normal functioning of the muscles and the heart and their effective relaxation. It was found that with a lack of vitamin B6, inflammation of the middle ear can occur.

Contents of the Article show
Why does the body need vitamin B6?
Who needs?
How to determine the deficiency of pyridoxine
Vitamin B6 help in losing weight
Which foods contain vitamin B6?
How to keep vitamin B6 in foods?

Vitamins are usually given special healing properties. For example, vitamin A from “night blindness”, vitamin C from “cold”, B1 from nerves, B2 from skin (for beauty), B3 from the brain, B5 from life to continue D – “replaces the sun.” But vitamin B6 has not yet been assigned the appropriate role.

Why does the body need vitamin B6?

What is vitamin B6? Pyridoxine is involved in many chemical reactions that take place in the body. Vitamin B6 can be considered a storehouse of enzymes. In other words, without it, the birth and preservation of life is impossible. It plays an important role in the metabolism of fats and proteins. The more a person consumes them, the more vitamin B is required (as well as vitamin C). Moreover, the final product in the assimilation of food is oxalic acid. But if there is little vitamin B6 in the body, one of the enzymes (transaminase) is blocked, and without it, oxalic acid cannot be converted into soluble compounds. And then oxalic acid combines with calcium and forms oxalates, which are precipitated in the form of sand and kidney stones.

An interesting method of treating patients with urolithiasis was described by doctors from Harvard (Journal of Urology, 1974, October): 79% of patients were completely cured within 5 years. They have prescribed 300 mg of magnesium and 10 mg of pyridoxine (i.e. vitamin B6). Both of these drugs delayed the formation of oxalic acid, and already in the urine was not. Such treatment, according to Harvard doctors, is “convenient, cheap and completely safe,” in addition, vitamin B6 can be considered an excellent natural diuretic.

Albert Saint-Diery, an American professor of Hungarian origin, is honored by the discovery of several vitamins at once: ascorbic acid, thiamine, riboflavin, biotin and pyridoxine (in 1934). For more than 20 years, he studied vitamin B6 and came to the conclusion that its use should be increased from 2 mg for nursing mothers and 2.5 mg for pregnant women to 20-25 mg (almost 10 times).

The additional “powerful” portion of vitamin B6 is necessary for the following categories of people:

How to determine the deficiency of pyridoxine

A lack of vitamin B6 in the body is difficult to determine. For example, if the night suddenly appears “hellish pain” in the back of the ankle, so strong that you jump out of bed, you can assume that you lack vitamin B6 (but it may be a sign of lack of vitamin E or magnesium.

If you see a slight trembling in his hands, twitching eyelids, you sleep poorly, you have a bad memory is not a sign of aging, but only the symptoms of lack of vitamin B6 and magnesium!

Famous American nutritionist A. Davis writes in his book “Be healthy” that vitamin B6 provides invaluable services in the treatment of diabetes. But the dose should be determined by the doctor. A. Davis believes that in a day, you can take vitamin B6 from 10 to 50 mg, adding to it 500 mg of magnesium.

Most of the diseases associated with the pancreas, almost always require additional amounts of vitamin B6 and often vitamin E. According to A. Davis, the symptoms of nausea and vomiting in patients after surgery, can be caused by a lack of vitamin B6 and speed while taking 10 mg or more of this vitamin.

You need to remember the words of Linus Pauling: “Doctors ignore the fact that the molecular structure of each one of us different, and apply common patterns in treatment, not taking into account this difference. But, despite the fact that vitamin B6 is usually 2 mg per day, many of us required 20 mg or more.”

Vitamin B6 help in losing weight 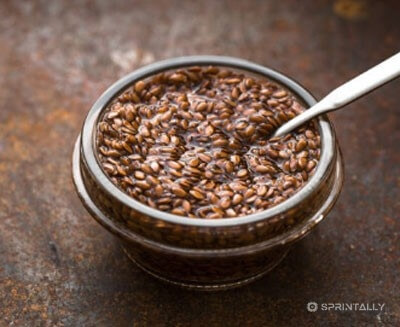 Obesity is a disease of civilization. People are susceptible to this disease due to the fact that they move too little, they work physically a little – machines do it for them; in addition, often the amount of food produced exceeds the needs of the body, the excess “fuel” is deposited in the form of excess fat. To get rid of excess fat in two ways. The first is to receive energy in the form of food in exactly the amount that is required by the body, that is, not to eat more than the body is able to absorb. The second way is to increase physical activity. This path is of particular importance to health: it prevents the conversion of excess nutrition into fat.

The heart that pumps blood to all organs, tissues and cells of the human body, blood vessels through which the capillaries flow – our small hearts, liver, lungs, kidneys, skin, wear out prematurely and weaken if you have to maintain excess fatty tissue or idle muscles and poorly functioning organs. Therefore, reasonable physical labor is necessary at any age. You have to force yourself to do physical work to save the body from obesity. A diet for weight loss can only help.

Diet for dieters. In 1977, America became fashionable on a “wonderful, scientifically developed” weight-reducing diet. With a normal diet, rich in fruits, fruits and vegetables, 50 mg of vitamin B6, 1 teaspoon of apple cider vinegar, 1/2 cup of boiled flaxseed (up to 90% lecithin), 1-2 tablets of microelements, 2 – 3 teaspoons of soybean oil on an empty stomach (or with salad vegetables).

Salting dishes is better with microelements-rich crystalline salt, and only if there is no tendency to edema; in the presence of edema it is better to use instead of salt “Sanosol”, which does not contain sodium.

All these products cause the burning of unwanted fat in the body, as well as fat, often with excess in food. Such a diet “guarantees” a slim figure.

What is the secret of such a diet? The main ingredient in this diet is a large amount of vitamin B6 (pyridoxine) – significantly more than the recommended 2 mg. True, if we really rationally fed and moved a lot, were engaged in physical work, then we would, firstly, not be overweight, and secondly, we would have enough vitamin B6 in our diet.

Which foods contain vitamin B6?

We talked about the importance of vitamin B6 for our health, now let’s talk about where pyridoxine is contained, which products contain vitamin B6 in the largest quantities. So. 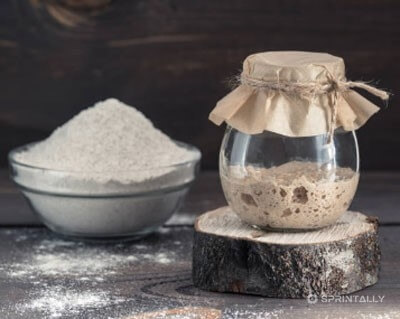 But it is important not only to know and find a rich source of vitamin B6 but also to preserve it.

How to keep vitamin B6 in foods?

Frozen vegetables and frozen or canned fruit juices and processed meat products lose a lot of pyridoxine. White flour and baked bread from it contain only 20% of that present in the uncleaned wheat. Along with the water in which boiled rice, we lose about 93% of the contained vitamin B6; the same applies to the liquid produced when boiling potatoes. Canning is lost from 57 to 77% of this important vitamin. 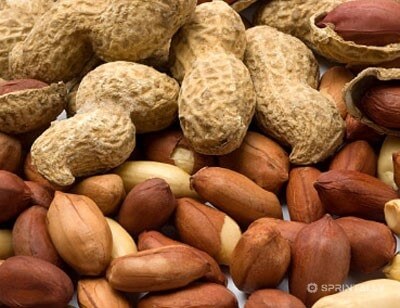 Vegetables and fruits best source of pyridoxine (vitamin B6) can be considered as bananas, but it matters to the population of those regions where they grow all year round. We have such a source could serve potatoes are rich in this vitamin, if it was prepared skillfully, that is, did not leak water after it is boiled or baked in the oven, wrapped in foil. In addition, vitamin B6 is found in foods such as walnuts and hazelnuts, peanuts and sunflower seeds. Rich sources of vitamin B6 are chicken, fish; cereal — buckwheat groats, bran and flour from raw grain. When you bake pies, you should replace at least 10% of the flour with bran!