Eating grass, looking for ants and pick berries: that actually...

Stories about the fierce brown bears that woke up after hibernation and popular science films with scenes of hunting hungry males for roe deer leave no doubt: brown bears are dangerous predators. A powerful physique, strength, and endurance, impressive size claws, and teeth – all this eloquently indicates that brown bears are born for hunting. But in fact, the basis of their diet is plant food, and most of the season they pose no threat to their neighbors. 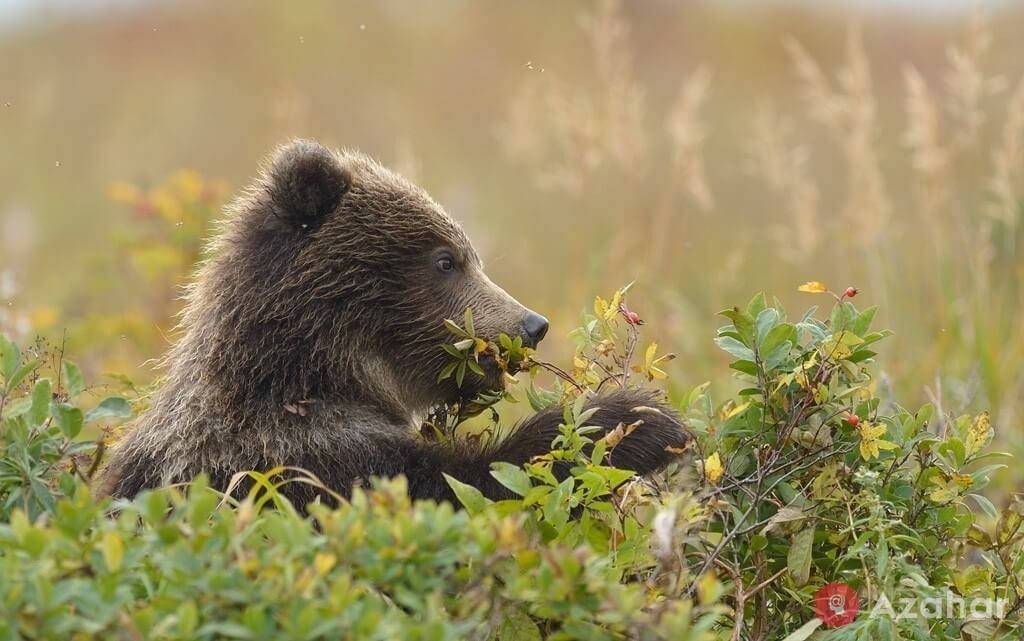 Brown bears, and on our planet, there are more than 10 subspecies inhabit different regions of the Northern hemisphere, in Eurasia and North America. This species belongs to the genus bears, Carnivora. Despite their belonging to this order, brown bears mainly eat plant food, which, according to scientists, is about ¾ of their diet.

Brown bears live in mixed and boreal forests, enter the forest-tundra and tundra. Sometimes they make seasonal migrations in search of food.

So, the bear who woke up in the spring is very hungry: after a long hibernation, he needs intensive nutrition. But in April-May, vegetable food is still very small, so during this period it feeds like a real predator: it hunts ungulates of the forest, but does not hesitate to use smaller prey. 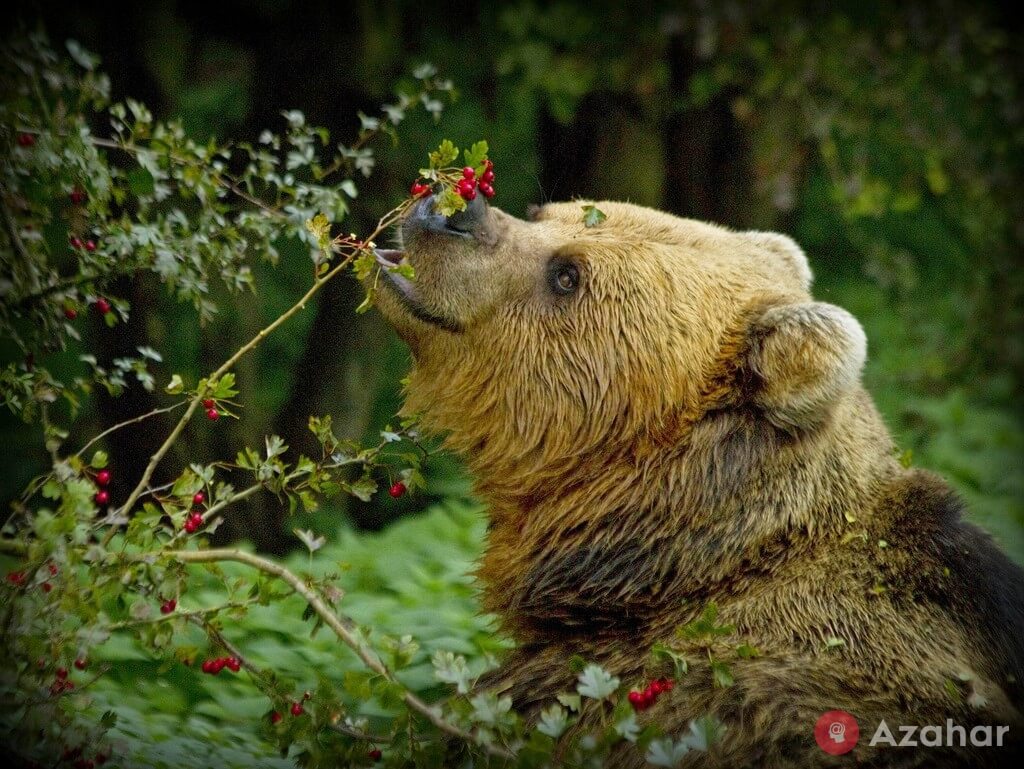 But with the onset of heat and the appearance of plant foods brown bears are gradually moving towards a vegetarian diet. They are happy to eat young green shoots, grass, roots, and tubers that are able to get. Though animal food, rich in protein, is still present, that’s mostly larvae, ants, caterpillars, worms, small reptiles, do not hesitate to bear and carrion.

At the end of summer and at the beginning of autumn bears begin a real feast of the stomach. A variety of nuts and berries, for which bears often leave the forest on the open tundra expanses, are useful and very high-calorie foods, which contribute to the accumulation of fat deposits in the winter. Raspberries, lingonberries, cranberries, strawberries, blueberries, cloudberries, wild rose berries, mountain ash, and hawthorn – this is just an incomplete list of those berries that brown bears love. In addition, they eat fishes, this is especially characteristic of the inhabitants of Kamchatka and Alaska, where there are salmon species of fish, in large quantities going to spawn. 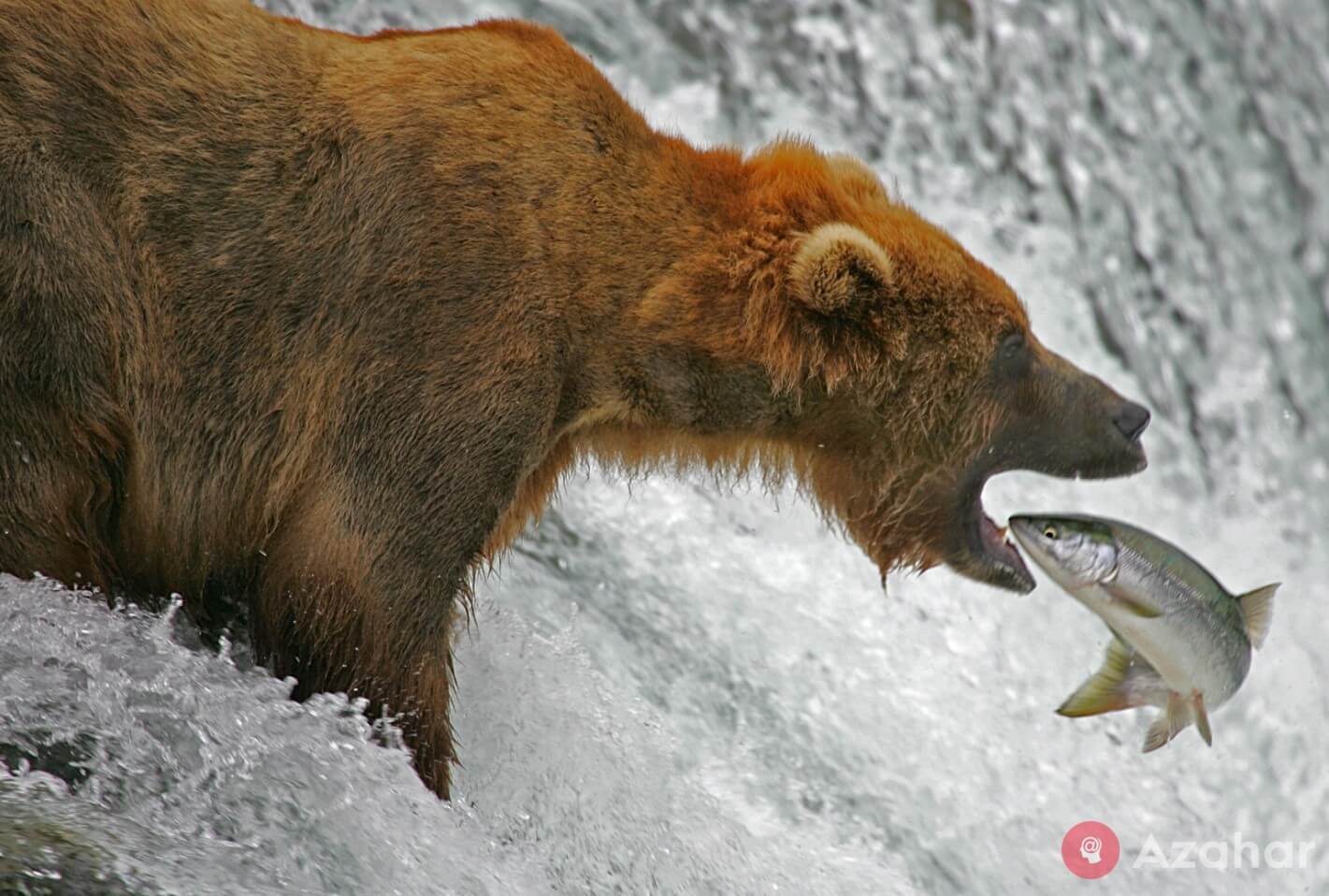 It is worth to mention the honey, which is a favorite treat of bears. In the habitats of wild bees, the bears-sweet tooth often ruins the hives, using the fact that thick hair protects them from the bites of angry insects. In addition, brown bears can look at the apiary, there have done a lot of troubles.