Trees gems: like the logs in the Arizona desert become...

Trees gems: In the United States is a unique forest, the trees which consist of gems, sparkling in the sun with all the colors of the rainbow. More like a miracle you will not find anywhere else on the planet. We are talking about the National Park “Petrified forest” (Petrified Forest) in Arizona. Here you can see a lot of fallen petrified logs composed of amethyst, opal, chalcedony, and other minerals.

Trees gems in the Arizona desert 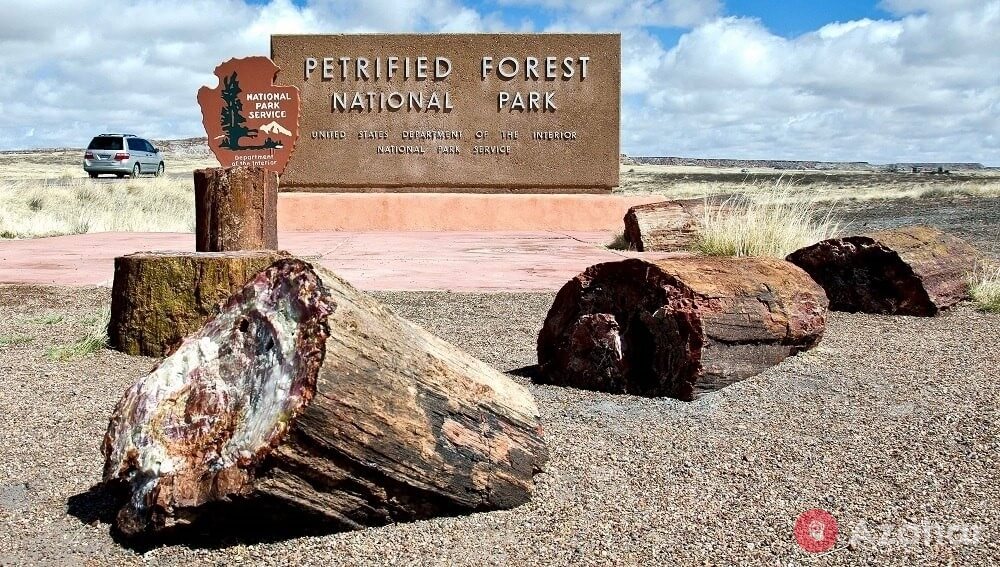 About 220 million years ago wilderness of Eastern Arizona with a rare, barely coming to the surface of the plants looked completely different. In those days the climate was humid subtropical, and the ground was covered with giant pine trees, ancient cycads resembling palm trees, and relict Ginkgo.

However, a series of major disasters knocked down trees and scattered them on different sides. Earthquakes, tectonic shifts, and eruptions of a chain of volcanoes has led to climate change and covered the area with a thick layer of volcanic ash and rocks, which are dominated by quartz. Gradually the trunks have been uprooted by the cataclysms of the trees turned into fossils, consisting of quartz and its varieties. 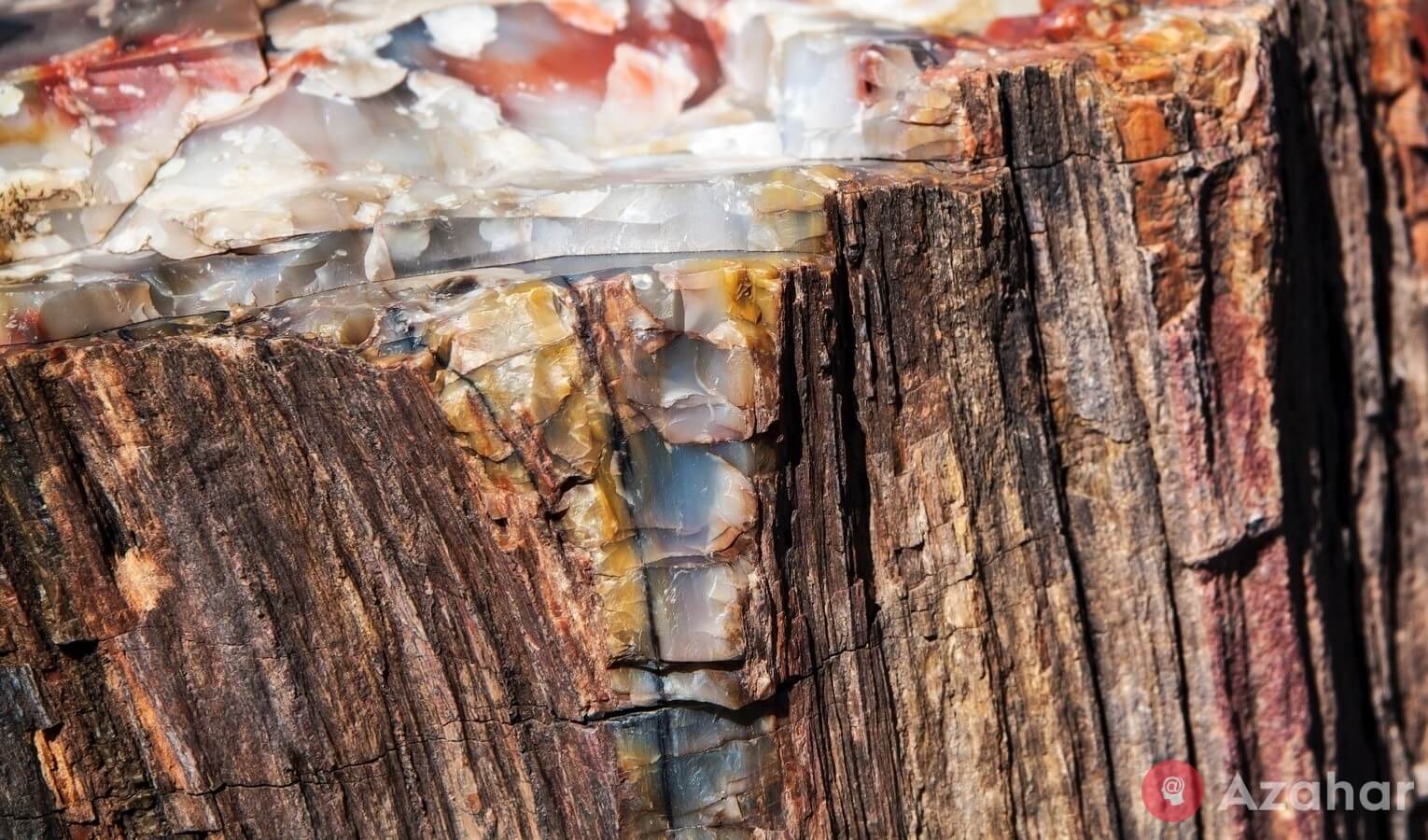 Hidden at a great depth wood was not subject to decay, and for thousands of years she slowly but surely rose to the surface, one day exposing their fantastic core, reincarnated in purple amethysts, opals iridescent, yellow citrines and chalcedony. The first who found this sparkling beauty were local Indians.

They began to use the fossils to create tools, weapons, and even homes. When in the 19th century about the trees-the gems found out the Europeans began mass export them abroad, while in 1962 this site was designated a National Park and taken under protection. 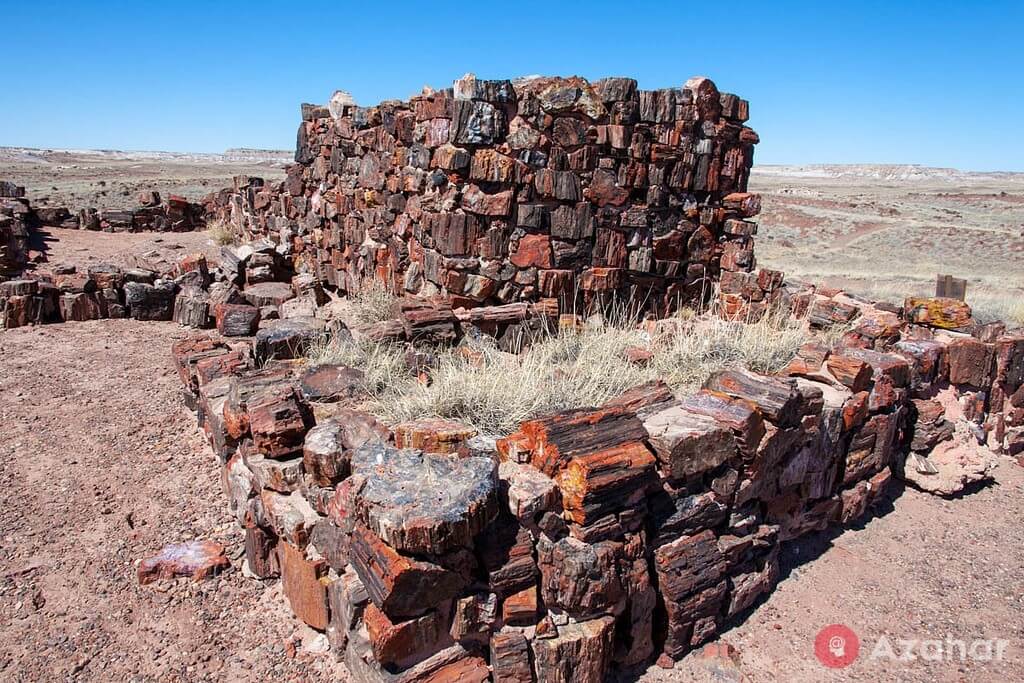 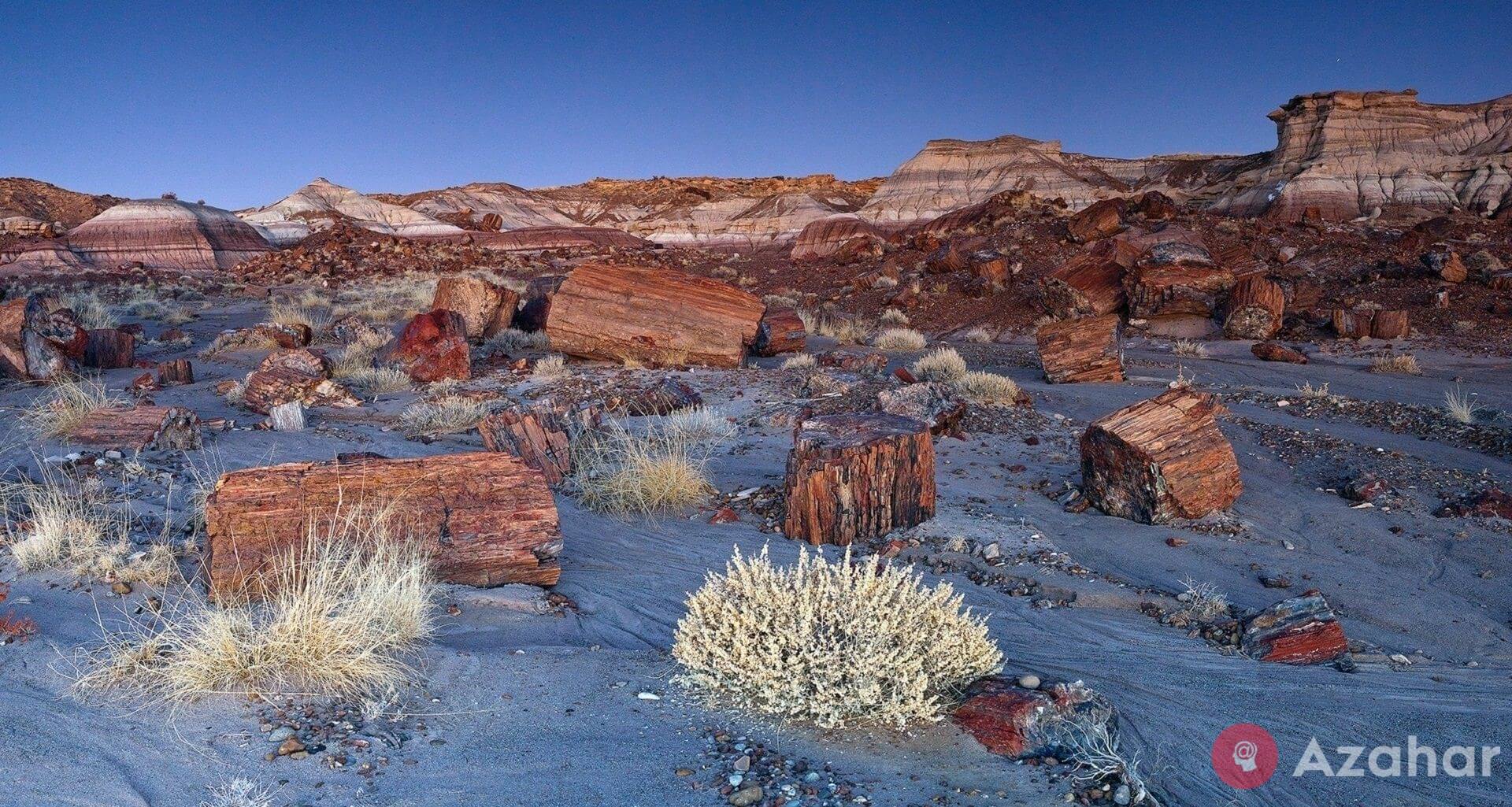 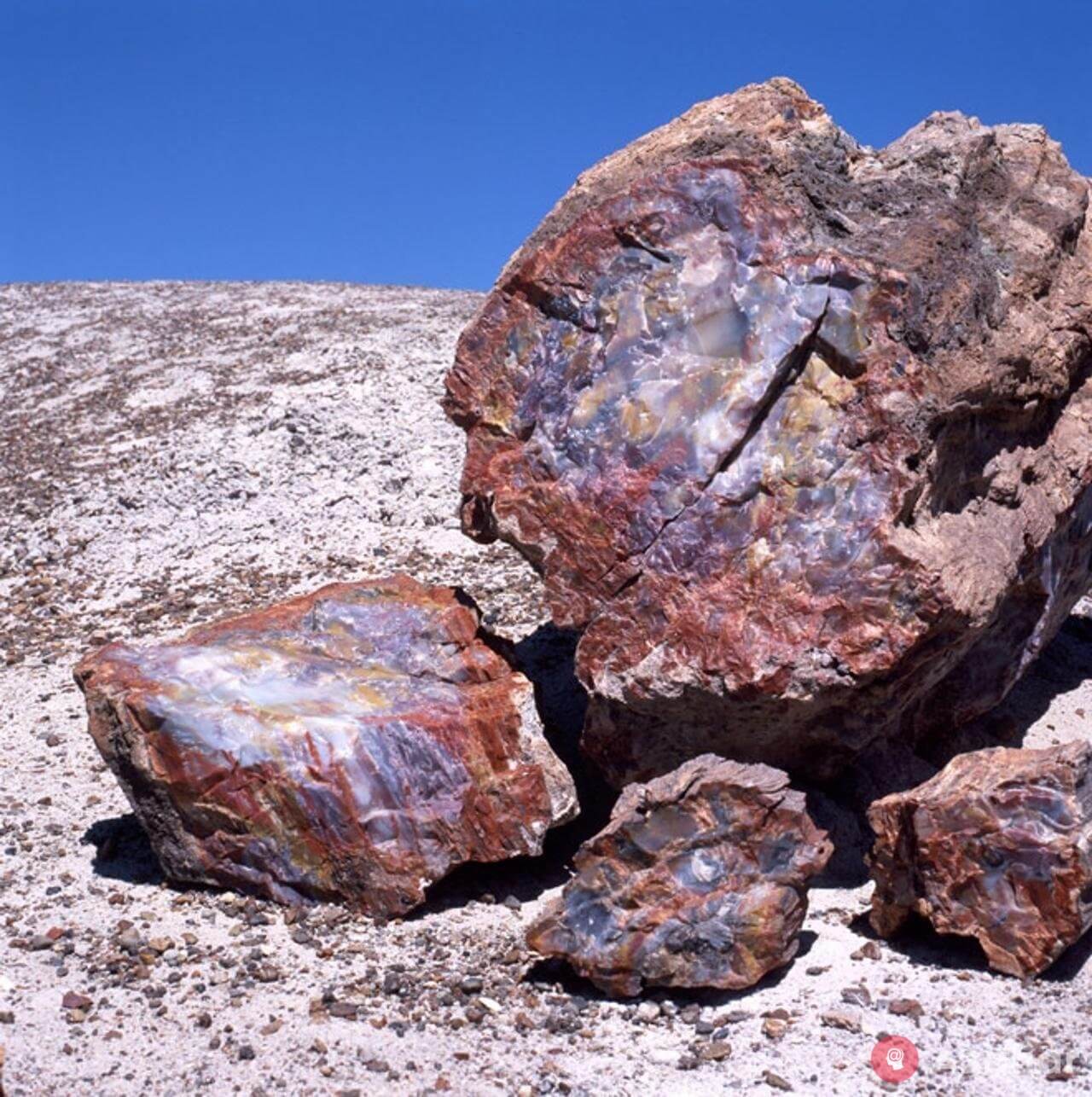 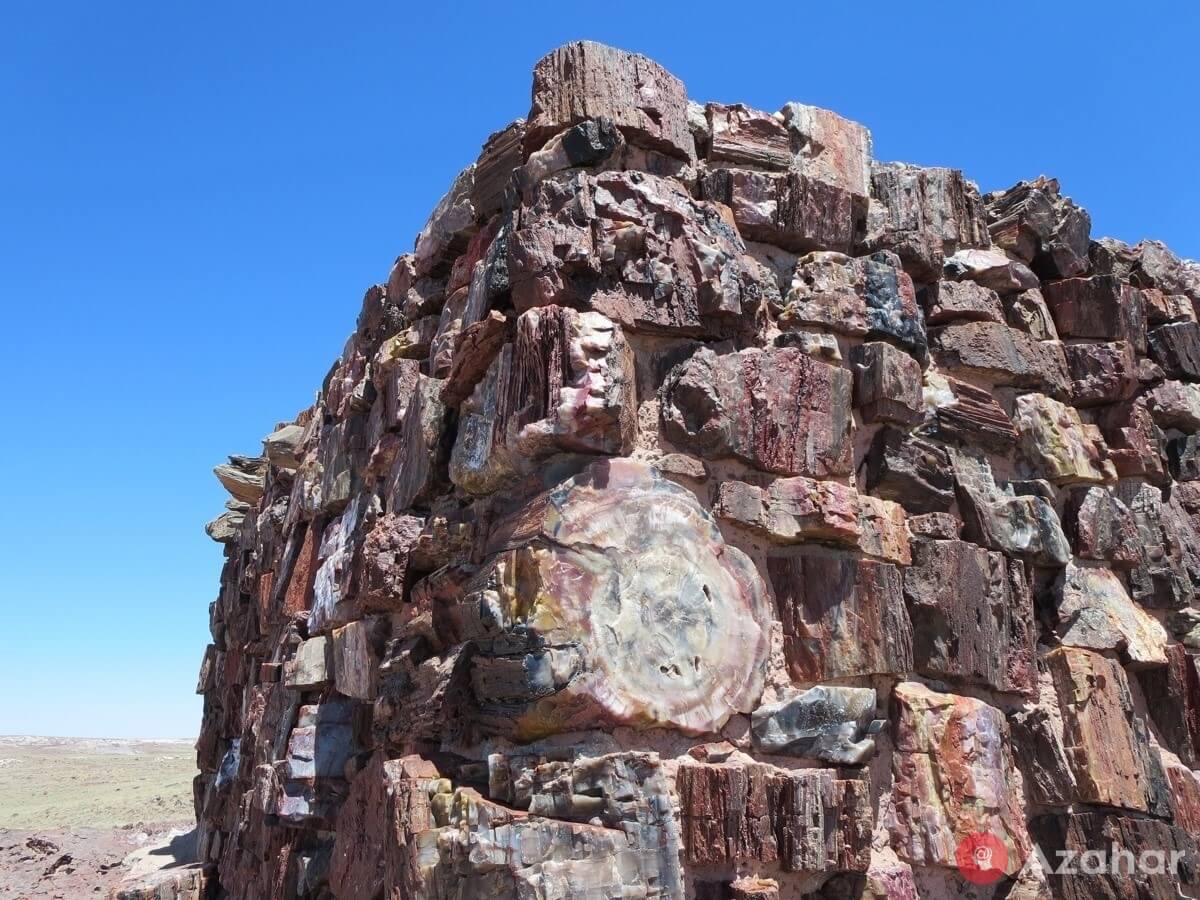 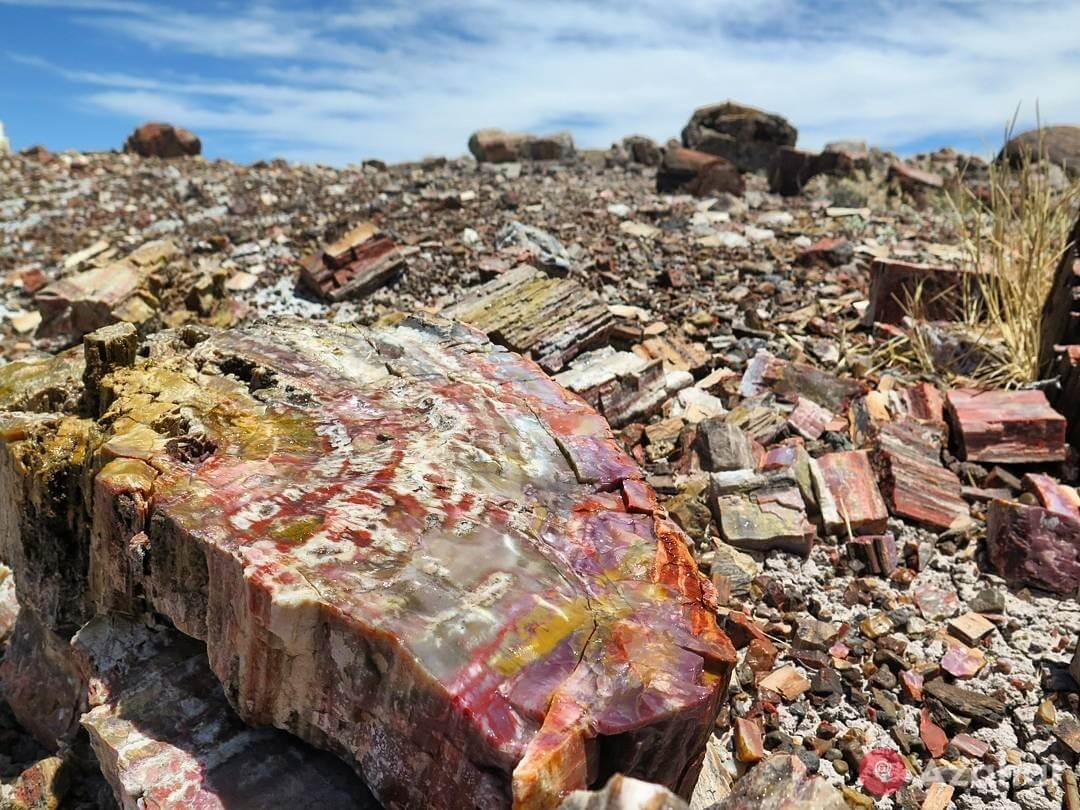 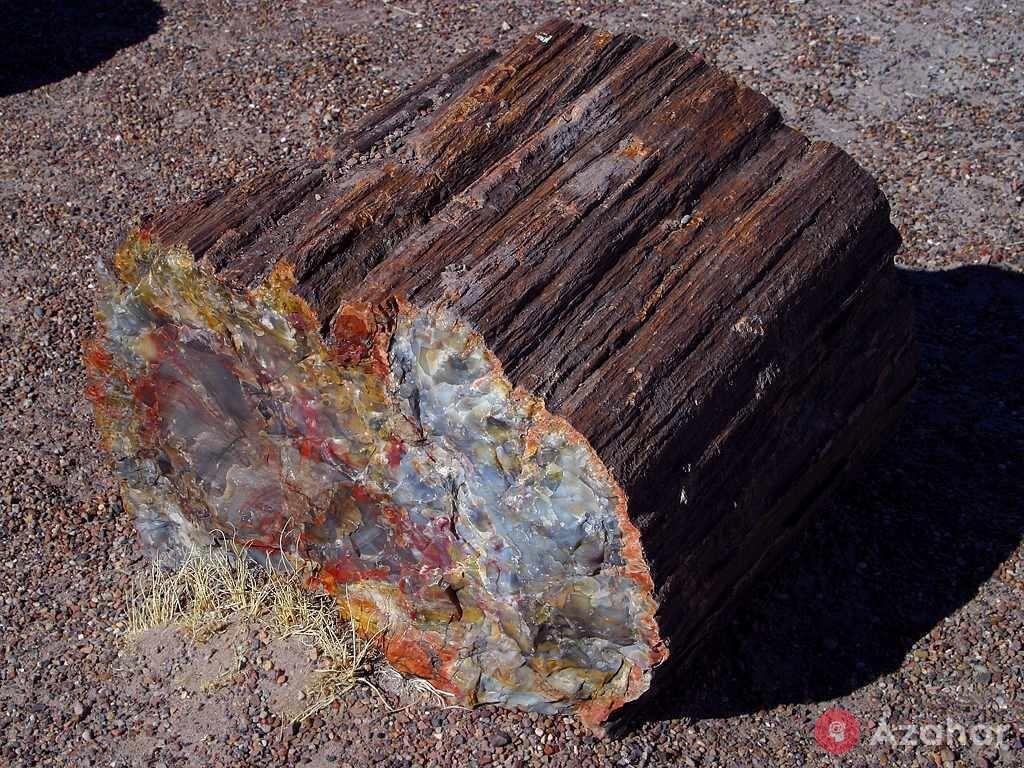 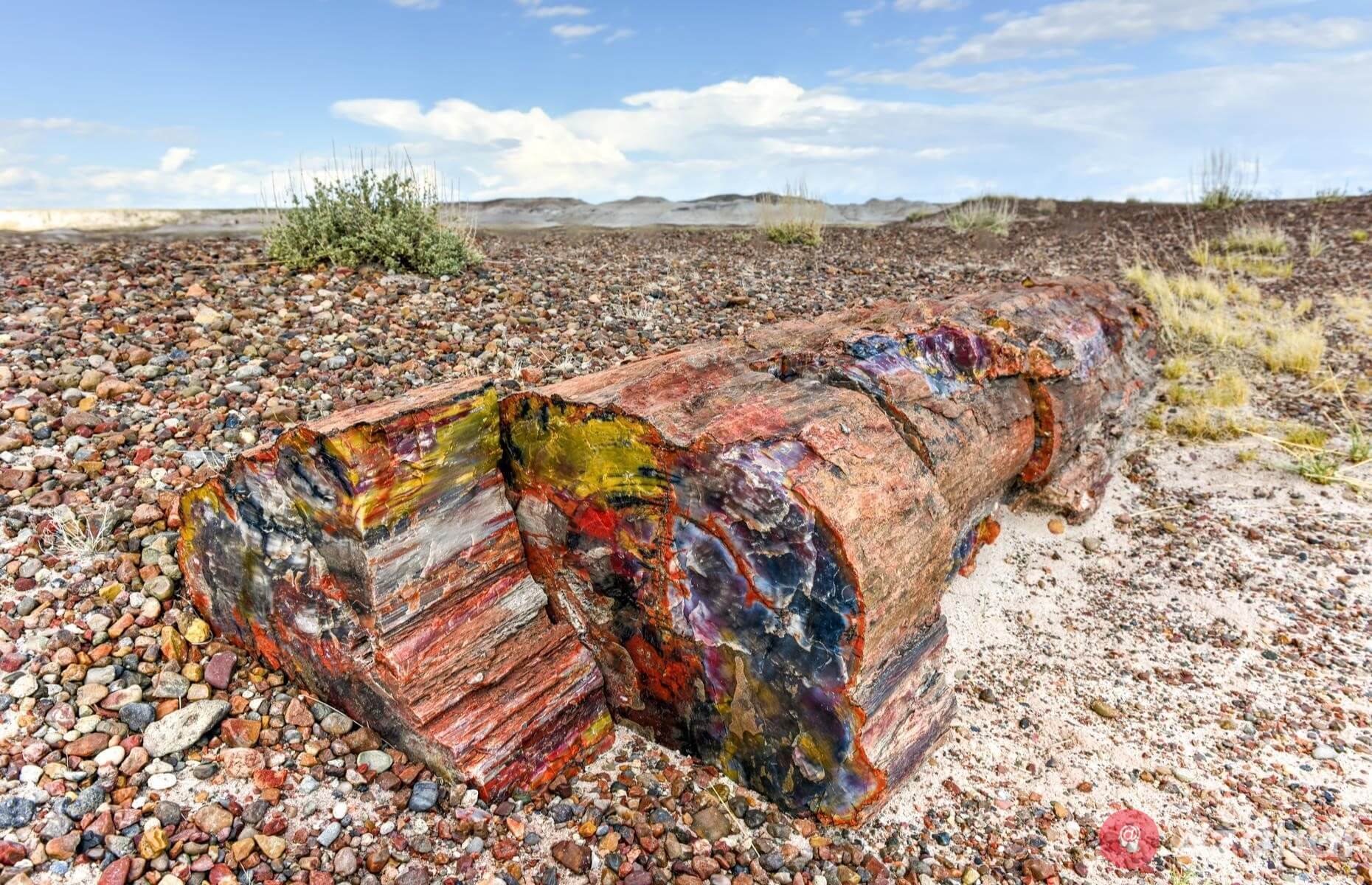 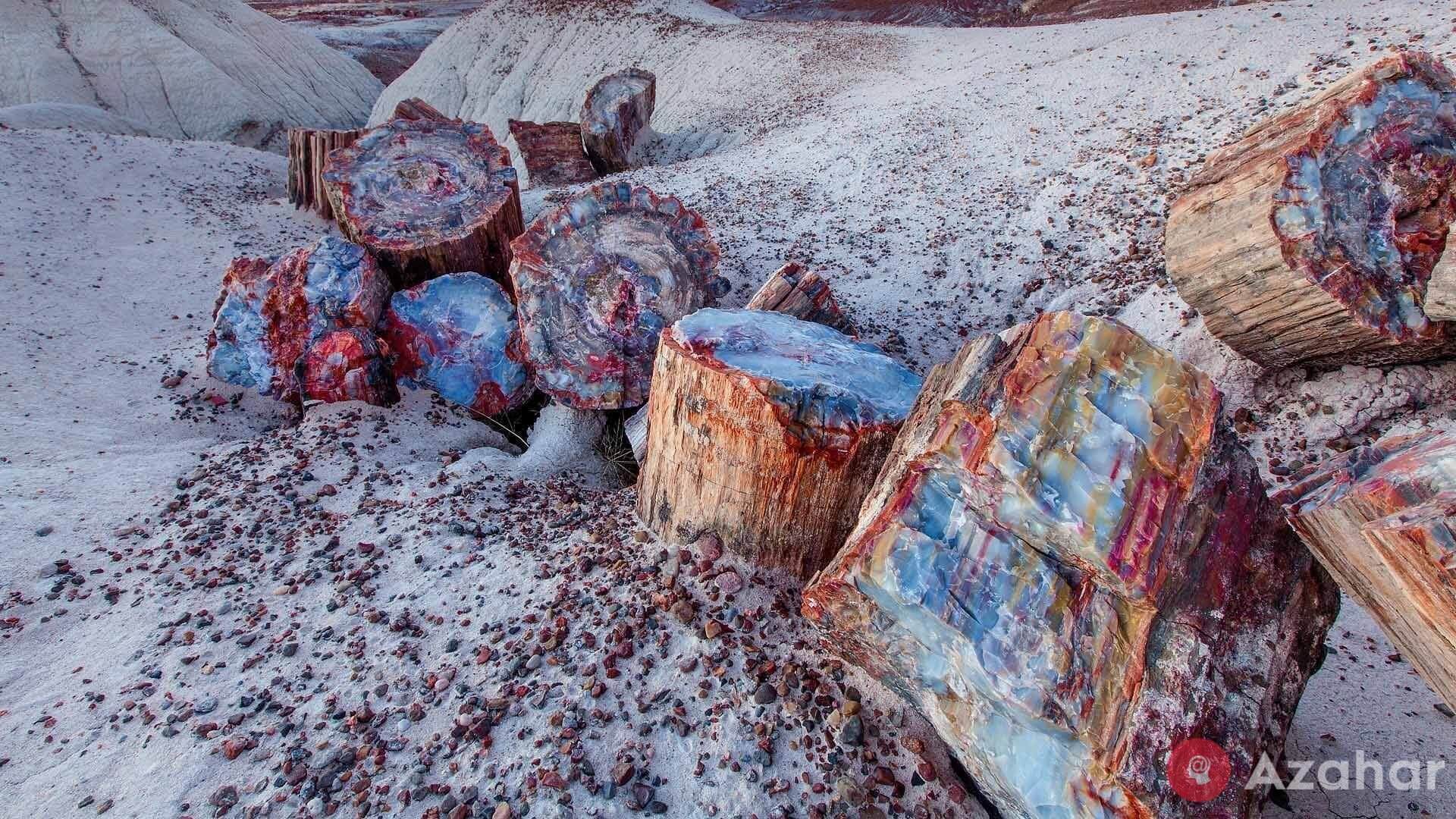 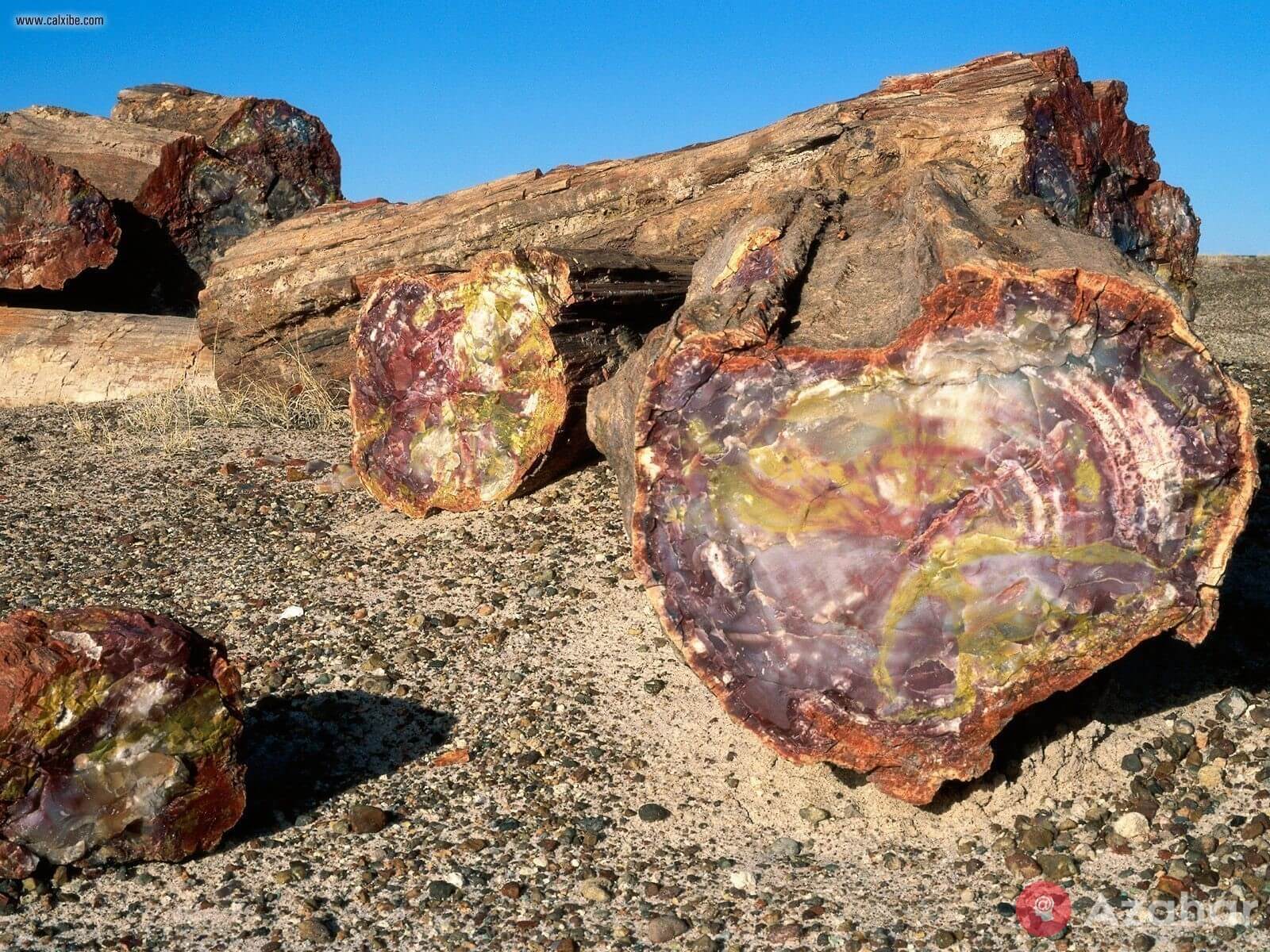