Our world is truly unique, as is every single creation of it. Observing the behavior of animals, scientists do not get tired of being surprised by outlandish habits. Some people take better care of their offspring than modern humans. Others feed on peculiar methods, traveling on other types of animals. Still, others show unconventional sexual tendencies.

Many different scientific films and videos have been released on the topic of animal mating. About the female praying mantis, biting off the head of her partner right in the process of coitus, we have heard more than once, and I want something new, so to speak, “fresh facts”.

We present you with an up-to-date selection of species of the fauna that reproduce in the most unique and sometimes shocking way.

These are the 10 unusual ways to breed animals 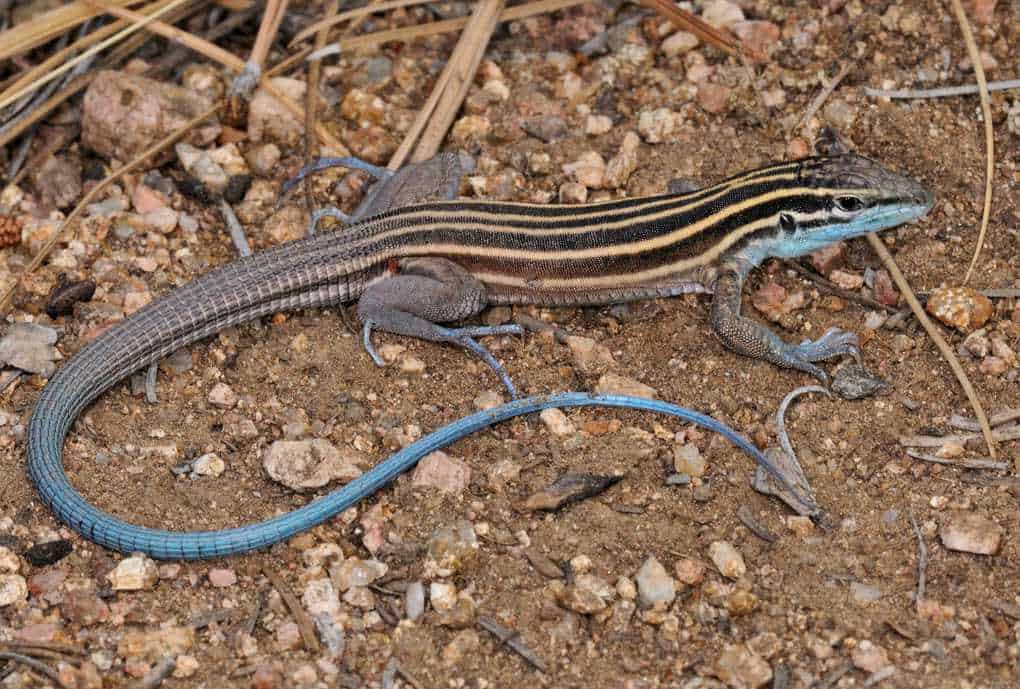 Females of these reptiles are so independent that they do not need males for mating. The process of reproduction in them is called parthenogenesis, that is, it proceeds without fertilization of the egg. The lizard is essentially a hybrid mixture of the offspring of 2 different species: the Western and striped Arizona Whiptail.

Such hybridization leads to the appearance of unhealthy offspring of males and their degeneration. By the way, the lizard can lay up to 4 unfertilized eggs over the summer, from which new young females hatch in a couple of months. 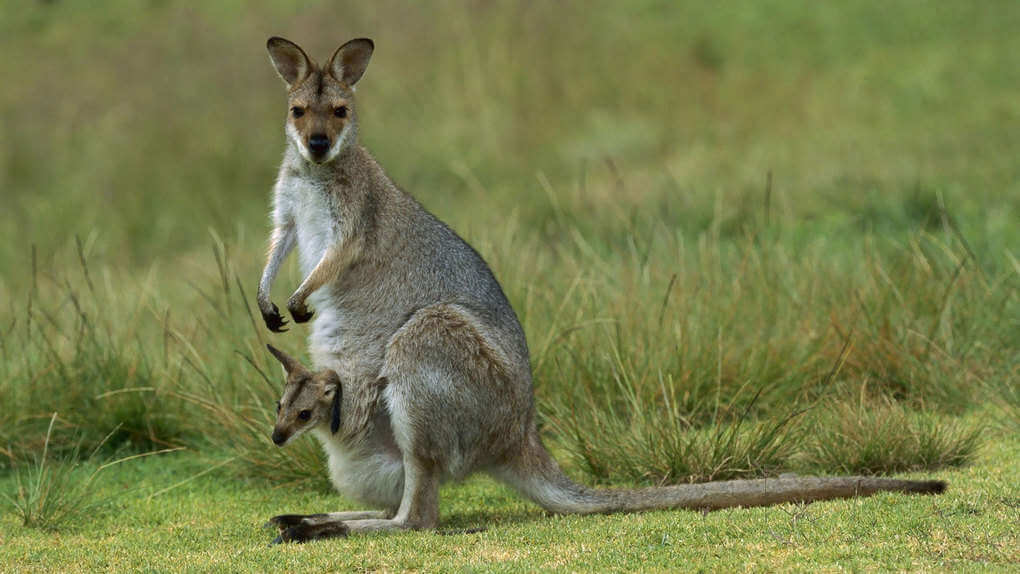 Even small children know about the unusual reproduction of kangaroos. The marsupial surprises with its “open” pregnancy, because the embryo can be seen without special ultrasound machines and other devices. A premature baby after giving birth crawls along the female’s body on its own into a bag, where it is waiting for a nutritious mother’s milk.

The kangaroo’s organs and limbs are formed there. It’s funny to see an adult and independent baby kangaroo still sitting comfortably in the sagging bag of an unhappy mother and getting to know the world-well, pure parasitism! 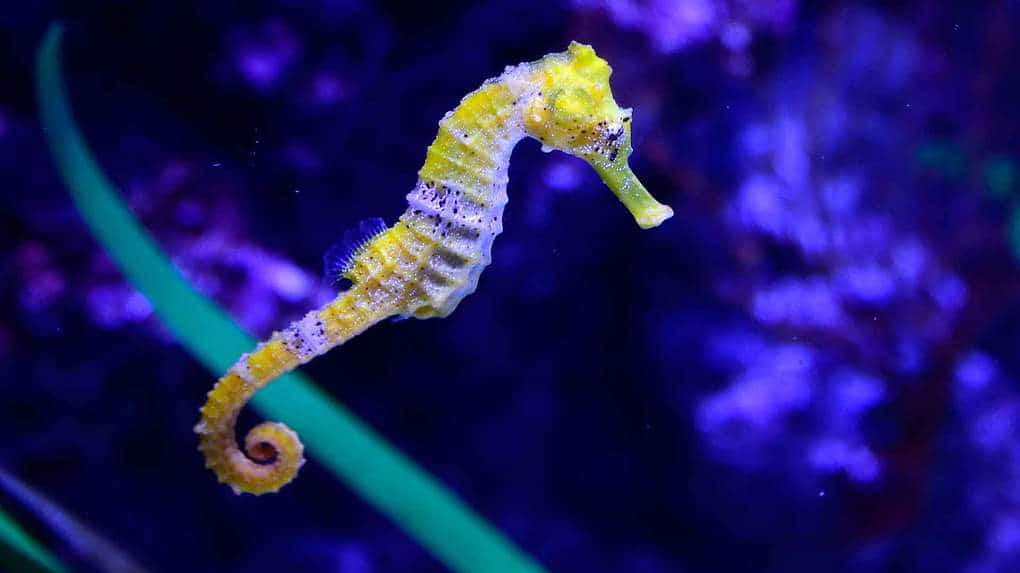 Playful and cute creatures inspire scientists to do a variety of research. Males of this species are not particularly lucky in their personal lives, because they do the opposite. In the beginning, everything seems to be like the others – several long dates, intimate dances with linked tails, and graceful movements. Then the sexually mature female implants eggs in the male’s body, which combine with sperm and begin to ripen in a special bag.

That is, it is the male sea horse that turns out to be” pregnant”. A would-be father must carry up to two hundred small spears! After “giving birth”, the male leaves the offspring forever, giving them an independent road to life. 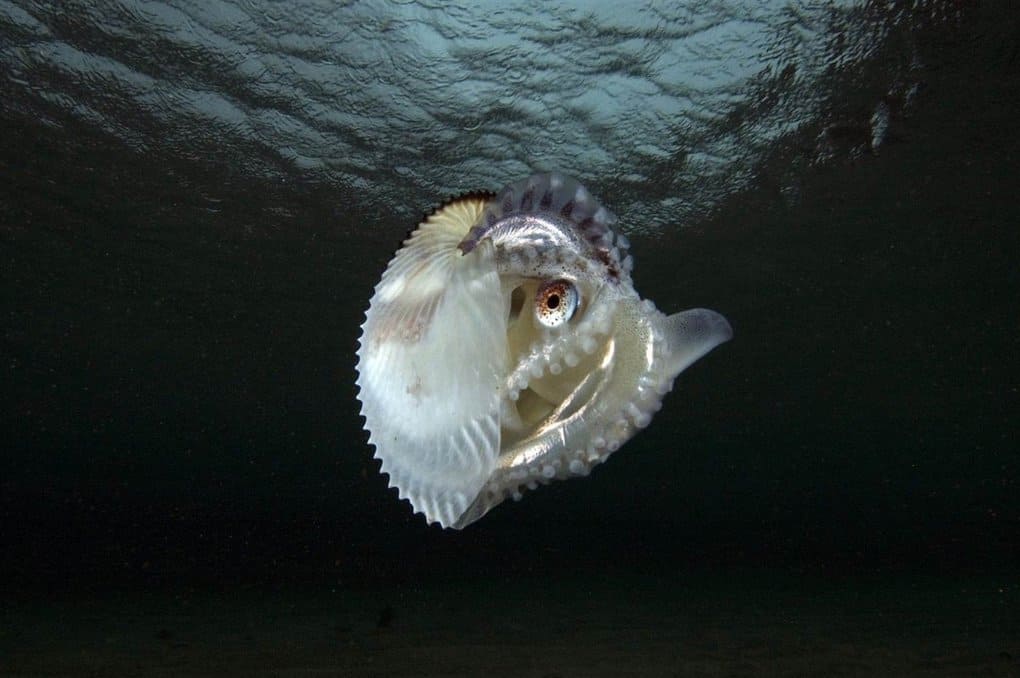 This marine inhabitant is also a regular of various tops and reviews. Today we will also tell you about the sad moments of its sexual life. Males of this species are forced to suffer from sexual hunger because nature has given them a very unusual type of penis. After self-producing sperm, the reproductive organ is separated from the body and sent on a free-float, hoping to find a female ready to reproduce.

Here is a floating “sperm bank” that anyone who wants to have offspring can stumble upon in the depths of the sea. The male can only sadly watch as his former body part independently mates with his partner. But that’s not all. The penis, it turns out, grows back over time, preparing the male for a new act at a distance.

Beautiful and terrible sharks, like many other marine animals (not fish), practice live birth. Not eggs, larvae, or even a baby fish are born, but a full-fledged smaller copy of an adult shark. The bloodthirstiness of a marine predator manifests itself from the first months of life because dangerous cubs immediately rush to use their own sisters and brothers in packs. As a result, only the strongest and healthiest survive in a fierce battle. 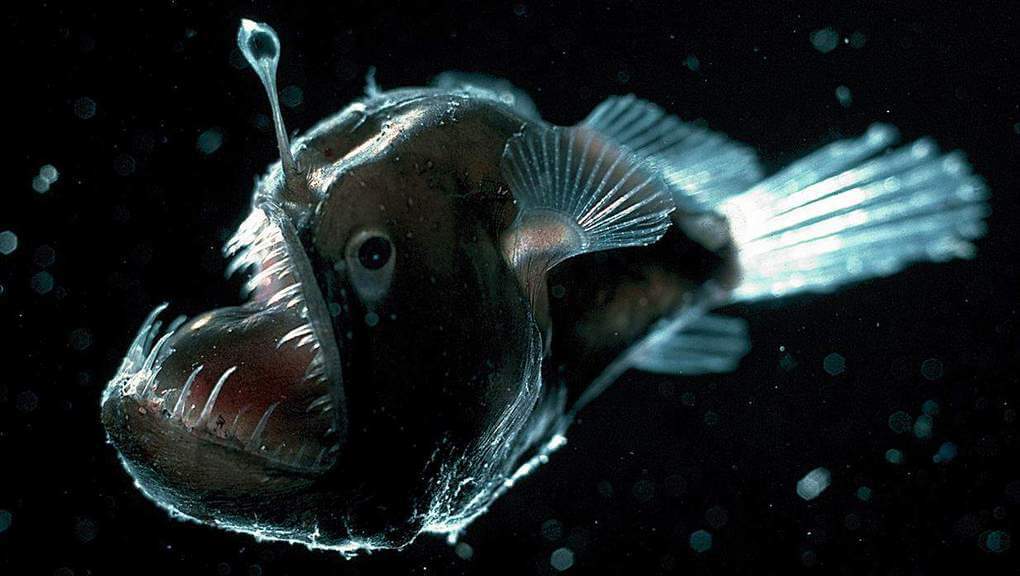 The Deep sea angler fish constantly gets into various tops as one of the most terrible or non-standard fish. But it also managed to distinguish itself in the method of reproduction. It turns out that anglers are adherents of “sadomasochism“. After reaching puberty, the male with all his passion bites into the body of the female, which, by the way, can be several times larger.

Over time, the body’s membranes and circulatory system coalesce, and the male, in fact, plays the role of a certain reservoir for sperm, feeding at the expense of the female. At the same time, it no longer has its own fins and even eyes. But that’s not all. A sadistic female can thus destroy and carry out up to six males. Moreover, it regulates the moment when eggs should be fertilized from the “sperm bank”. 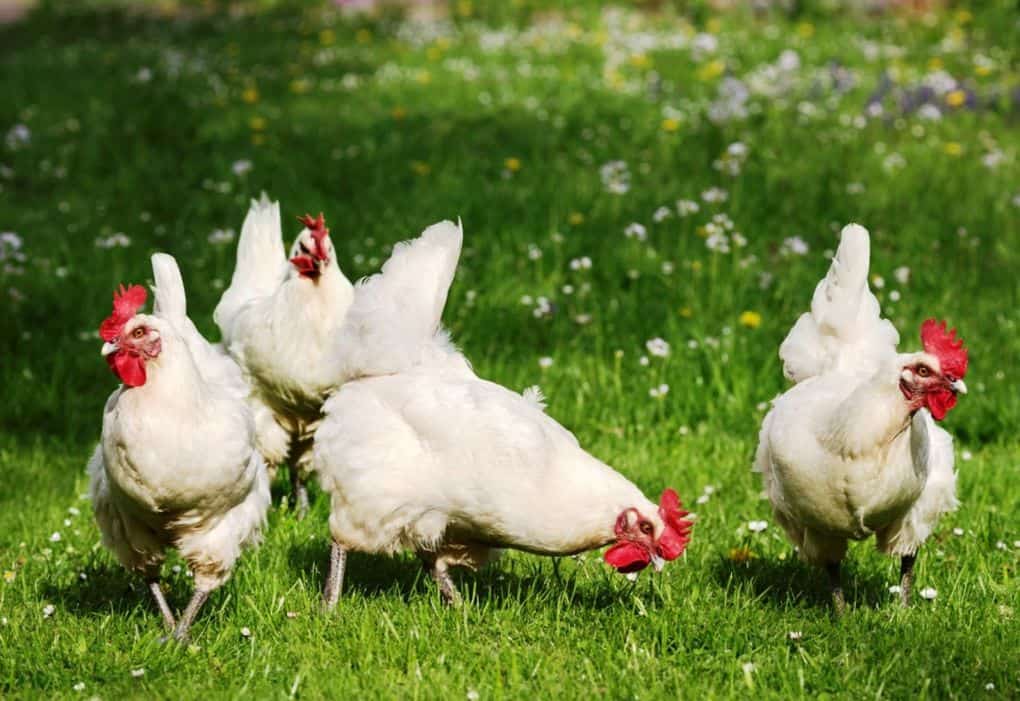 It would seem that poultry is not much that can surprise us, it has already been studied many times. But in fact, no one really thought about how chickens reproduce. It turns out that if there is no rooster in the pen for a long time, then females can rebuild their sexual system and reproduce independently in the usual way. Of course, this situation is rare, but it does happen. 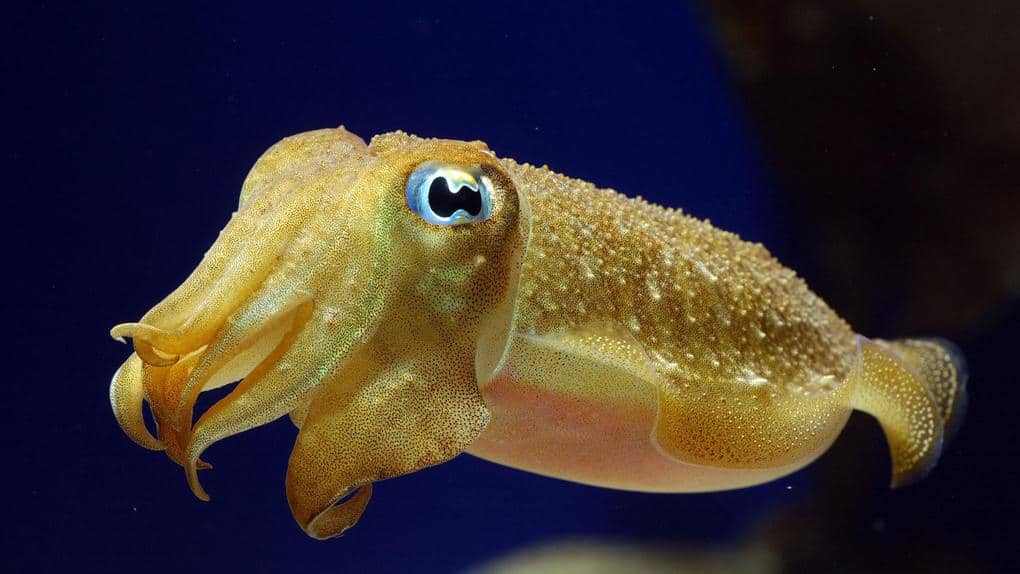 This colorful clam has long been known for its ability to disguise itself as its surroundings. At the same time, it can sort out the color scheme in a split second, which allows it to quickly hide from enemies and, of course, win the female it likes. This skill is necessary because there are significantly more males in nature (sometimes the number exceeds 10 times), which forces the latter to fight for the right to mate.

And in this battle, which is noteworthy, more often “intelligence” wins, and not muscle. That is, a weaker and smaller cuttlefish can get a “female” just by correctly applying the disguise skill. And the male turns…into a female! At the same time, it convincingly hides an additional tentacle for sperm distribution and pretends to have a special bag for carrying eggs. The “transvestite” quickly merges with the crowd and gets to the female without hindrance. 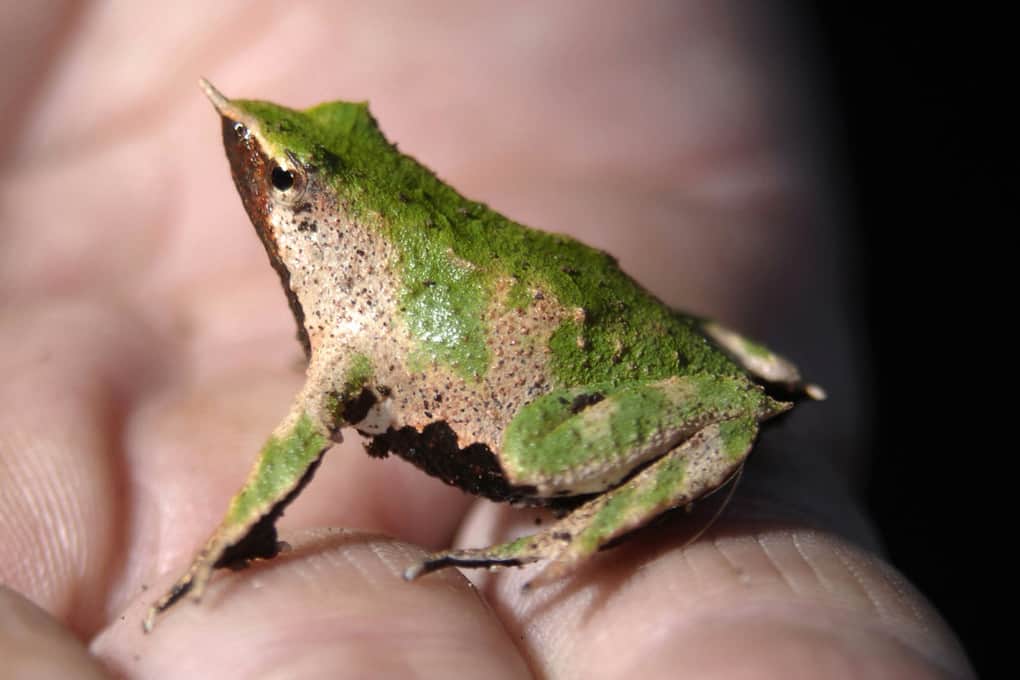 Mating in frogs occurs in a standard way, but the process of “childbirth” – with unique features. Fertilized eggs are swallowed by the male Rhinoderma and contained in the vocal (sound) sac, which complicates the amphibian’s life and nutrition process.

Male carries the eggs until the tadpoles are fully mature and hatched, which prevents them from dying prematurely and being eaten by predatory animals. The male releases the grown-up young animals outside. Here is such unusual care and sacrifice on the part of the father. 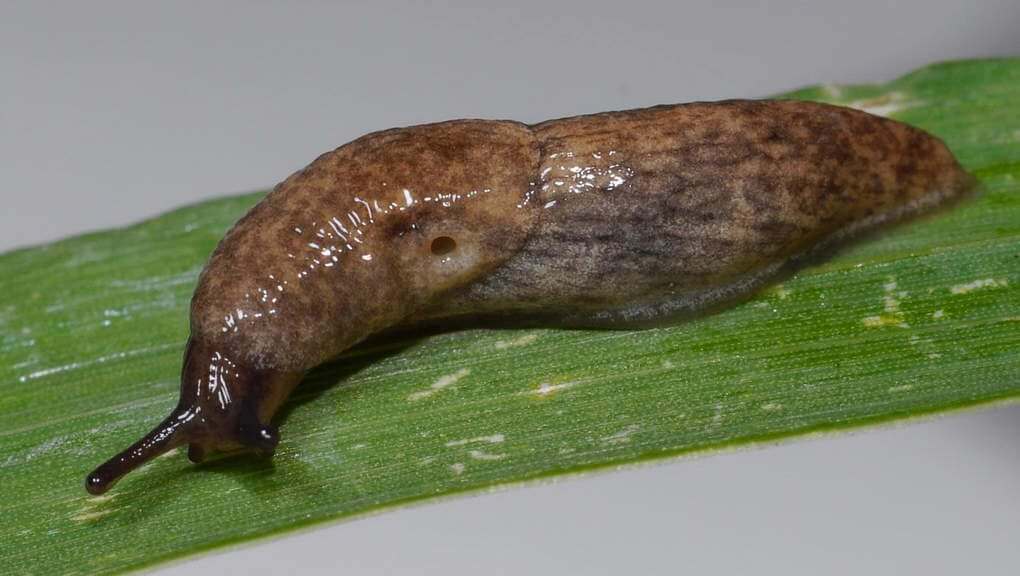 These slimy spineless creatures are hermaphrodites by nature, that is, they combine the female and male sexual systems in one organism. But it is for egg-laying that cross-fertilization is still necessary, so animals of the species look for a mate by smell, perform a short “mating dance” and exchange sperm. After that, female processes are triggered in the body, so each of the mating participants can lay eggs an average of 2-3 dozen. The sexual activity of these animals is amazing within a month of life after active “gaining fat”, a young slug is ready to reproduce.

The nature of the fauna is incomprehensible and will bring surprises to the world community of scientists more than once. And we can only wonder what sacrifices and tricks animals are willing to make to reproduce their own species.