Till today, there are about 500 varieties of dogs for keeping in apartments or rooms, dog owners most often prefer smooth-coated breeds since they require minimal hair care and shed much less.

These are the 10 smooth-coated dog breeds 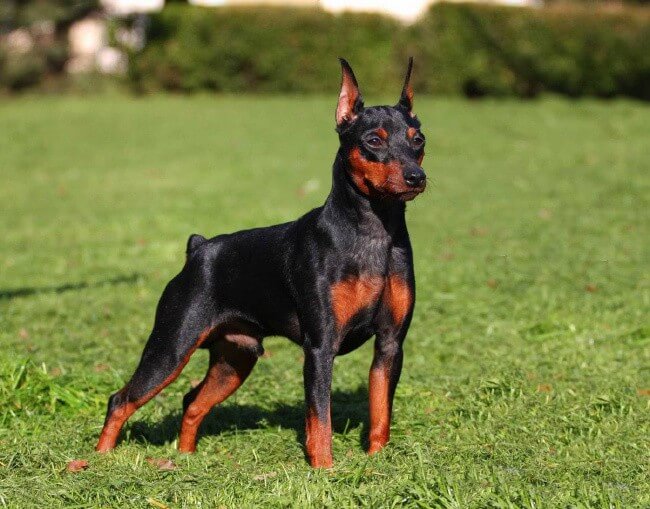 The owner will need to comb the animal 1-2 times a week, and simply wipe the pet to remove dead hair. The breed is suitable for keeping in an apartment but it is worth remembering that pinschers are constantly in need of physical activity. 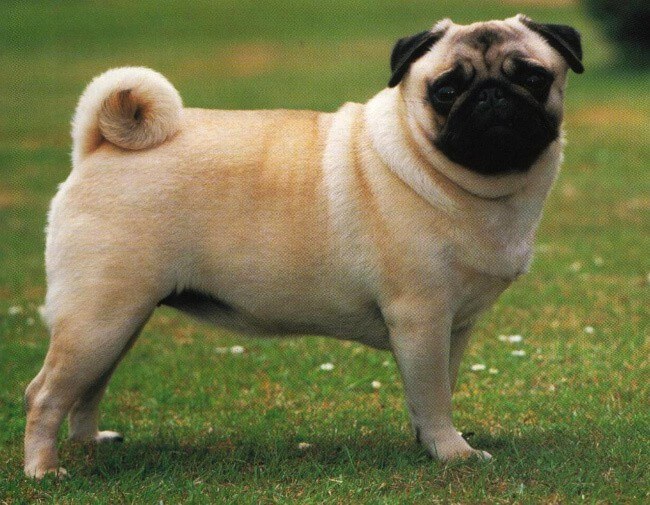 Pug is a smooth-coated dog breed from China with a long history. Small, pets require special care. This concerns the ears, fur, and eyes in the first place. The ears of the animal must be regularly cleaned, the coat must be combed and rid of dead hairs; for the eyes, the owner must always have dropped in the first-aid kit, which is selected by the veterinarian.

Despite the short and smooth coat, pugs still shed. This happens twice a year, the molt period lasts about half a month or a little more. It is not recommended to wash pugs often: no more than one or two times a season. 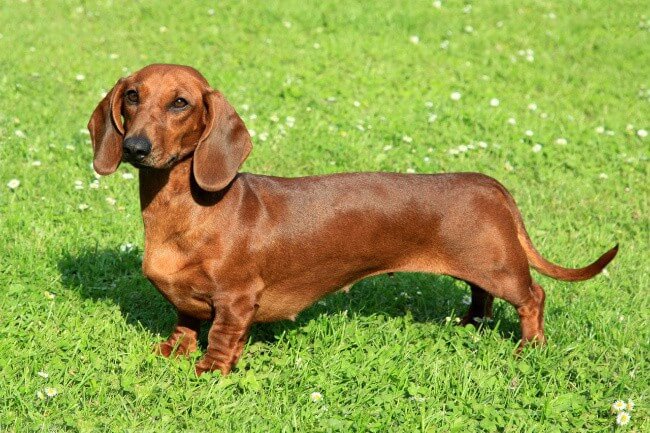 The short pet has an elongated, muscular body and short legs. But, despite its anatomical structure, the animal is very agile and fast. This breed does not require any special care for its coat. It is enough to wipe the pet with a damp cloth several times to get rid of old hair. 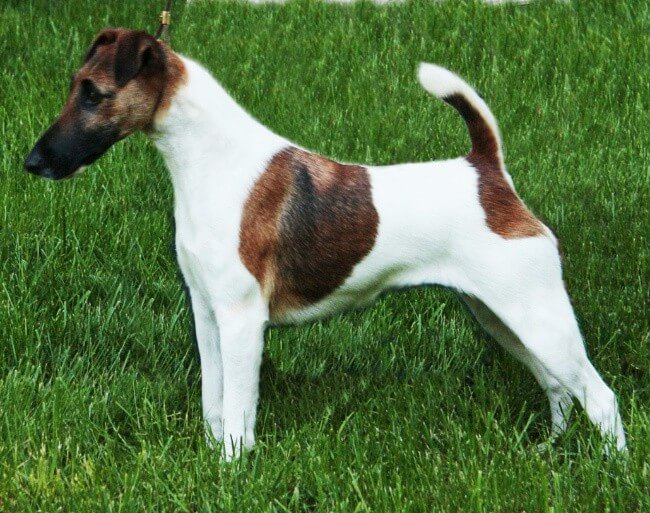 Smooth Fox Terrier is another animal from the UK. The Smooth Fox Terrier breed was originally developed for the extermination of rodents in stables and then became popular among hunters. It is used to catch foxes and wild boars. Fox Terriers are fearless and temperamental animals that are not very obedient. A dog is not quite suitable for keeping in an apartment if the owner is not fond of hunting.

The pet needs regular activity and physical activity. Therefore, before adopting a fox terrier, you need to thoroughly think about whether the owner will have time to train it and active regular walks. There will be no difficulties in grooming the coat: it is enough to wipe the animal with a damp cloth and comb it a couple of times a week. 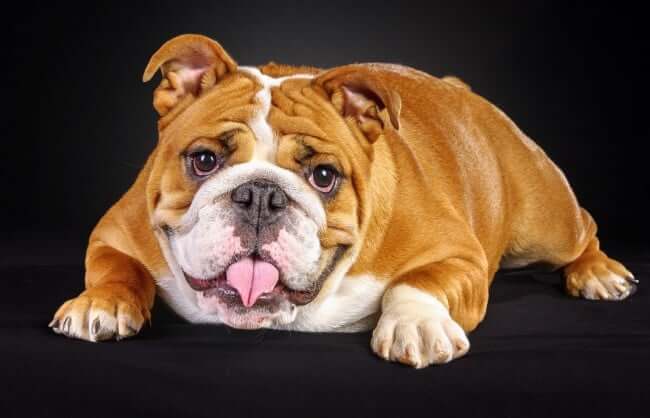 The Bulldog is a smooth-coated dog breed. The animal received this name for a reason since it was previously considered one of the most aggressive breeds, which was used for fighting. Now, these pets are used as companion dogs. They have a stable psyche and moderate temperament.

Bulldogs do not need much physical activity, therefore they are good for keeping in apartments. Concerning grooming, pets do not need it very often. It is necessary to brush the animal twice a week with a special brush, removing old hair, dandruff, and dirt from the skin. If this is not done, then the pet can pick up a dermatological disease. 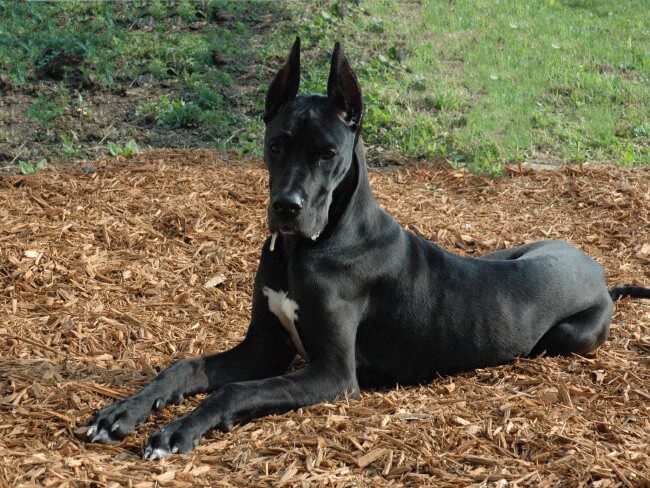 Great Dane is a smooth-coated large dog breed from Germany. They are excellent companions and bodyguards. The animal was used for herding, guarding, and fighting purposes. Great Danes have a stable psyche and are easily controlled with the right upbringing. Pets of this breed are not at all aggressive, but in case of danger they can always stand up for their master.

They are suitable for keeping in country houses. In urban settings, a separate room will have to be allocated for the dog. It is necessary to walk the Great Dane for at least 1.5 hours. The pet’s short-haired fur requires grooming 1-2 times a week, and up to 4 times during the molting period. 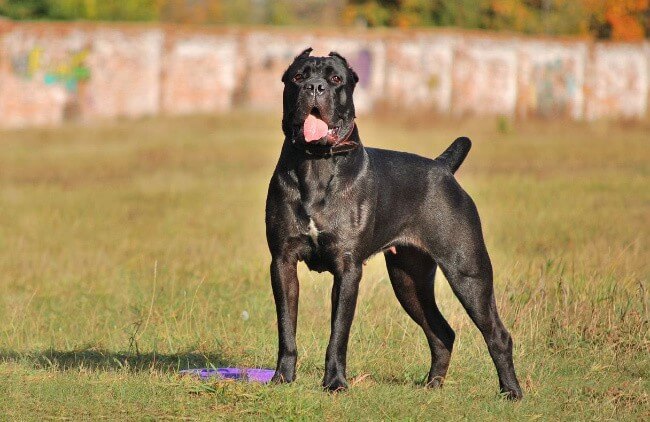 Cane Corso is an Italian large smooth-coated dog breed. The animal has a short and shiny coat with a poorly defined undercoat and dense skin. They are large, powerful, and muscular pets that inspire respect for themselves. Cane Corsos are not aggressive and have a strong psyche.

Dogs make excellent watchdogs, which under no circumstances will allow a stranger to enter the protected area. These dogs are more suitable for keeping in private houses, as they require a regular load. Cannes Corsos are unpretentious in grooming and need to be cleaned of old wool 1-2 times a week. 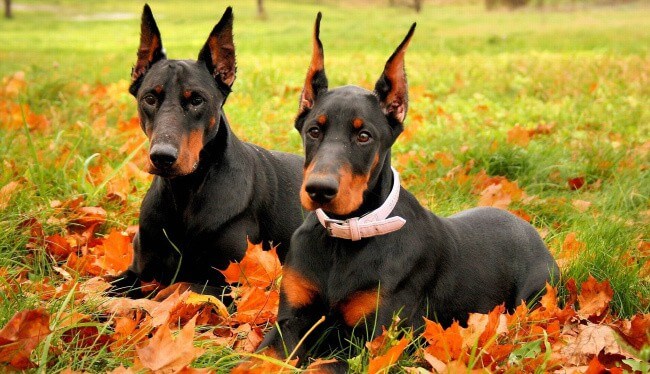 The Dobermann is a smooth-coated dog breed from Germany, bred in the 19th century by Karl Friedrich Louis Dobermann, after whom it was named. Initially, the breed was taken out for security purposes, for service in the police. Now, these formidable, stately, and huge dogs are the pets of Dobermann lovers.

The animal has a complex character and needs professional training and constant communication with the owner. Dobermans can be kept both in an apartment and in a house outside the city. Dogs of this breed require regular, long walks. Haircare of this dog is not difficult: it is enough to comb out dead hairs once a week and wipe the body with a damp towel. It is not recommended to bathe the Doberman more often than 1-2 times a year. 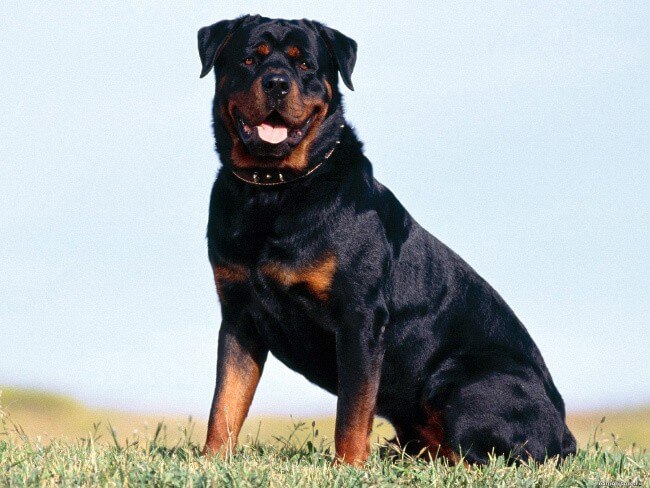 The Rottweiler is the oldest smooth-coated dog breed that has Roman roots and is believed to have originated in the 6th century BC. In the middle of the 19th century, the breed almost disappeared but was soon revived by German dog handlers. The dog began to be actively used for police service.

The Rottweiler needs professional education and training, otherwise, the pet will grow up naughty and even aggressive. As for care, the animal is unpretentious in this regard and needs to be combed out once a week. After walking in bad weather, Rottweilers are wiped with a damp towel. Pets should not be bathed frequently. 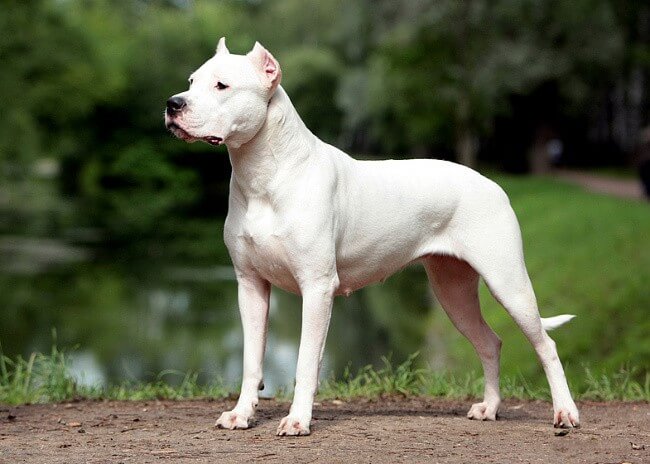 The Dogo Argentino is the first and only dog ​​breed bred in Argentina. A smooth-coated, snow-white pet has a courageous and peaceful character. This Dogo Argentino was bred specifically for hunting big game. Well built, the muscular athlete has incredible stamina, which is very important for hunting breeds.

Dogo Argentino is suitable for experienced owners who are ready to make every effort to train a pet. The breed can be kept both in city apartments and in a country house, but the dog needs to be walked 2 times a day for at least 1-1.5 hours. The short coat of the Dogo Argentino does not require special care and needs to be removed once or twice a week for dead hair.