Top 10 most popular dog breeds in the world

Popular dog breeds: An old nursery rhyme says no creature is more loyal than a dog. It’s hard to argue with that. For many, getting a dog is like getting a lot of love for little money.

Your dog can become a loyal friend, play with your children, protect your home, and even help you with your work.

Large and dwarf, decorative and service-search, good-natured and wayward. There is a wide variety of dog breeds in the world. Of these, approximately 350 are officially recognized by the International Cynological Federation.

They all differ in appearance, have their character, purpose, and care features, and, of course, have a different degree of popularity.

Here are 10 of the most popular dog breeds in the world. 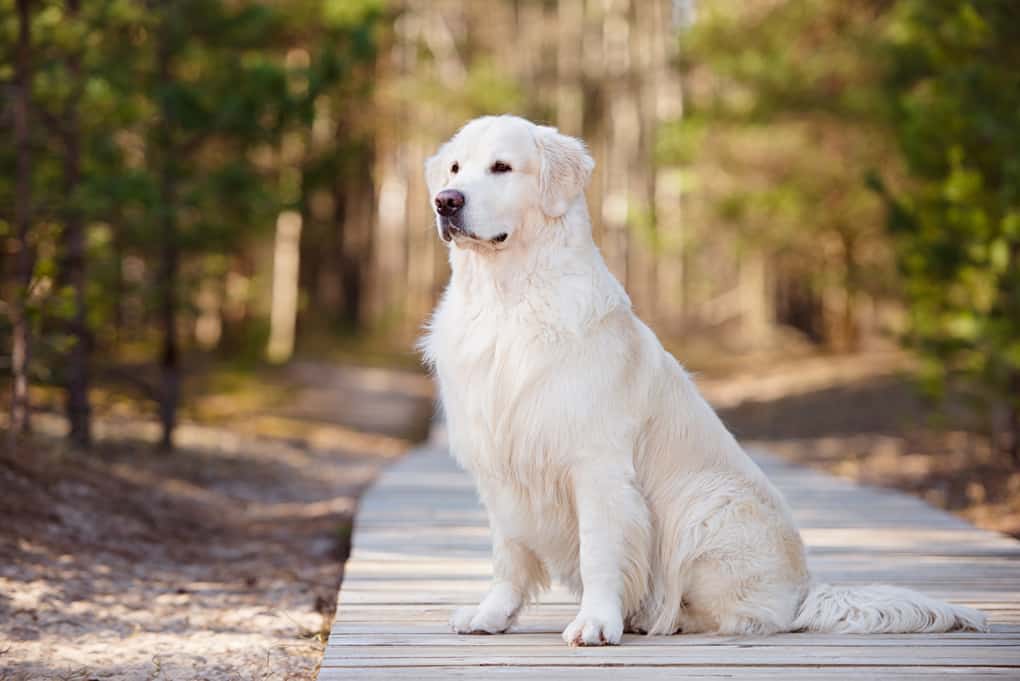 Golden Retriever is a reasonably hardy and active dog, with a good memory ability and flair, thanks to which it can quickly find the dead game on land and in a pond.

In addition, they can “serve” at customs, search for narcotic substances and explosives, and participate in rescue operations.

The character of golden retrievers is very good-natured. They are intelligent, fond of affection, playful, and get along well with children.

They also have a reasonably calm disposition, so they do not bark. Because of this, Golden Retrievers are utterly unsuitable as guard dogs. 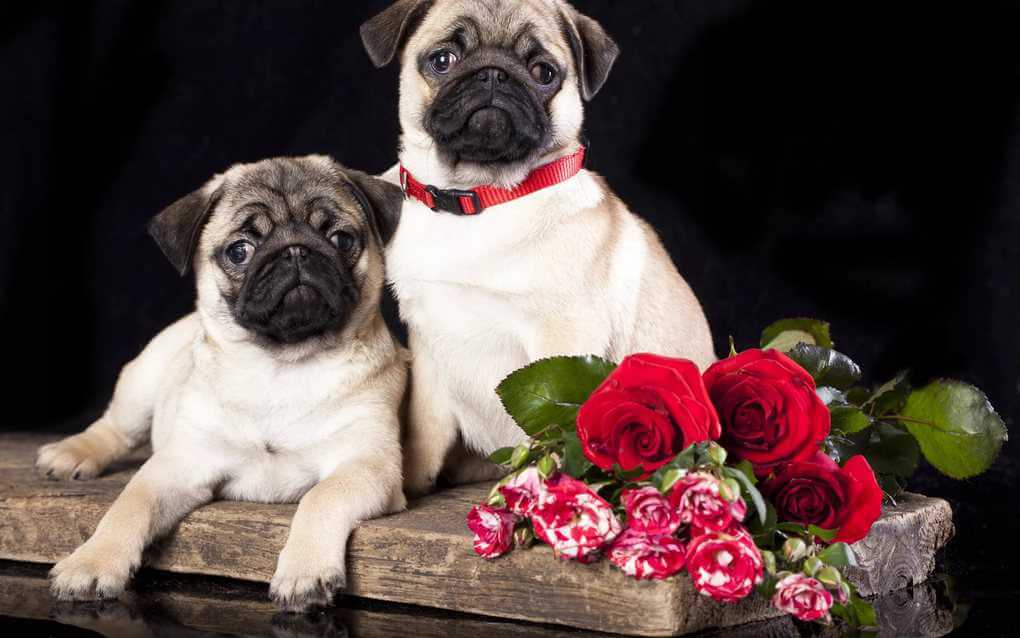 The pug is a very ancient breed bred in China. Even in early Chinese manuscripts, you can find references to these dogs.

These small pets have long been considered representatives of the “elite” breed, so they were kept mainly by people of noble origin.

Pugs have a lively, cheerful, and at the same time, balanced character. They quickly get used to the owner and become very affectionate.

Having a Pug dog, you must monitor its diet carefully; otherwise, it can become obese, significantly reducing the average life expectancy.

Important! The respiratory system of these dogs is very vulnerable, so the owner should not allow overwork of the pet, do not allow it to stay in a stuffy room for a long time, and overheat in hot weather. 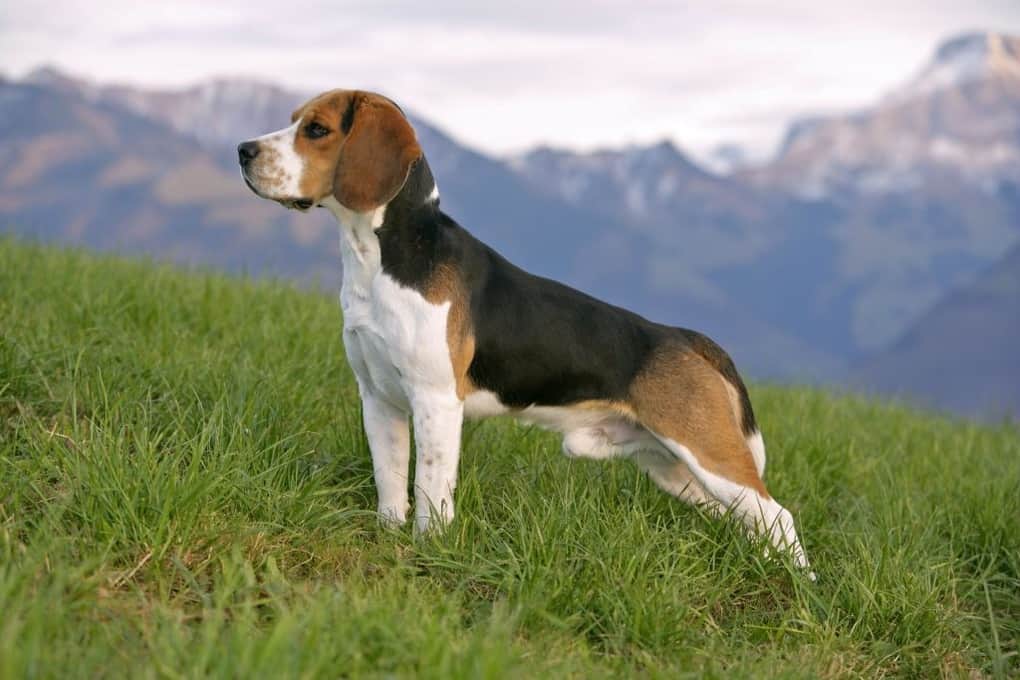 The Beagle is considered a universal breed: they are actively used in surveillance, therapy, and simply as a family pet.

In addition, these dogs are more likely than others to become the object of medical experiments and experiments. They are also used for testing household chemicals and cosmetics.

Undoubtedly, such a dog needs continuous training. In raising and simply communicating with the Beagle, the owner is usually amazed by its intellectual abilities and speed of learning commands.

An adequately educated dog of this breed is not able to show aggression. Cheerful, energetic, and not picky in everyday life, it can easily hunt in the morning, frolic with children in the afternoon, and lie quietly on its mat in the evening. 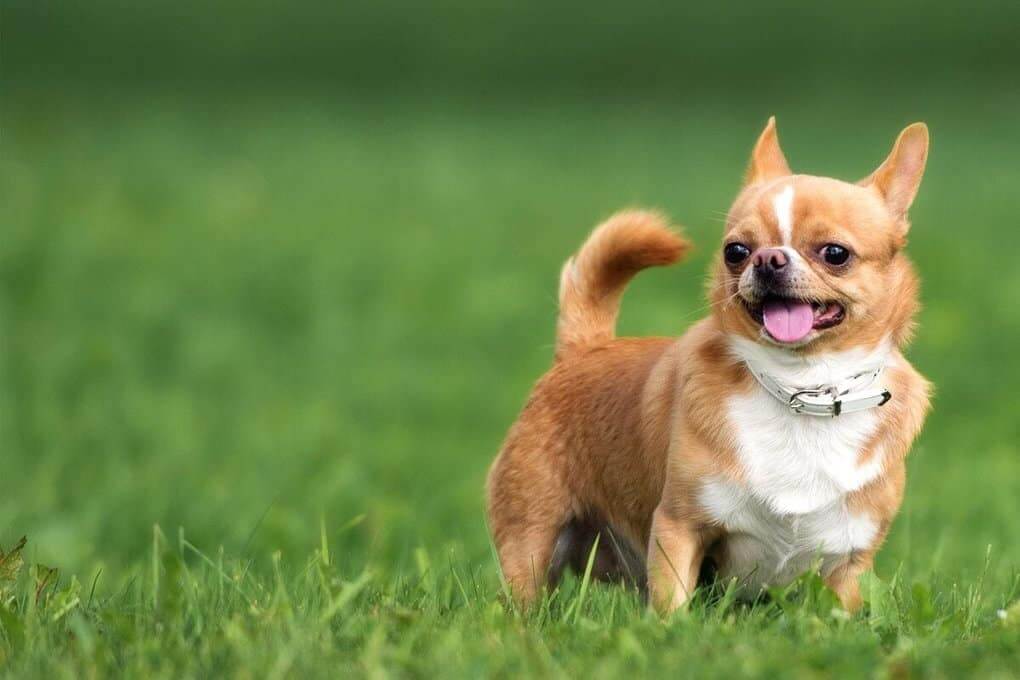 The name of the species comes from the name of the Mexican state of Chihuahua. Chihuahua has a lively and bold disposition. Looking at them, we can say that these dogs are fast in movement, have a quick reaction, and, despite their size, are practically devoid of fear.

They are incredibly energetic, curious, tireless, and hardy.

Chihuahuas are friendly to humans and other animals, showing no signs of aggression or fear.

If a dog behaves aggressively or, on the contrary, too timidly, then such a trait of a particular species is recognized as a disqualifying defect of a known breed. 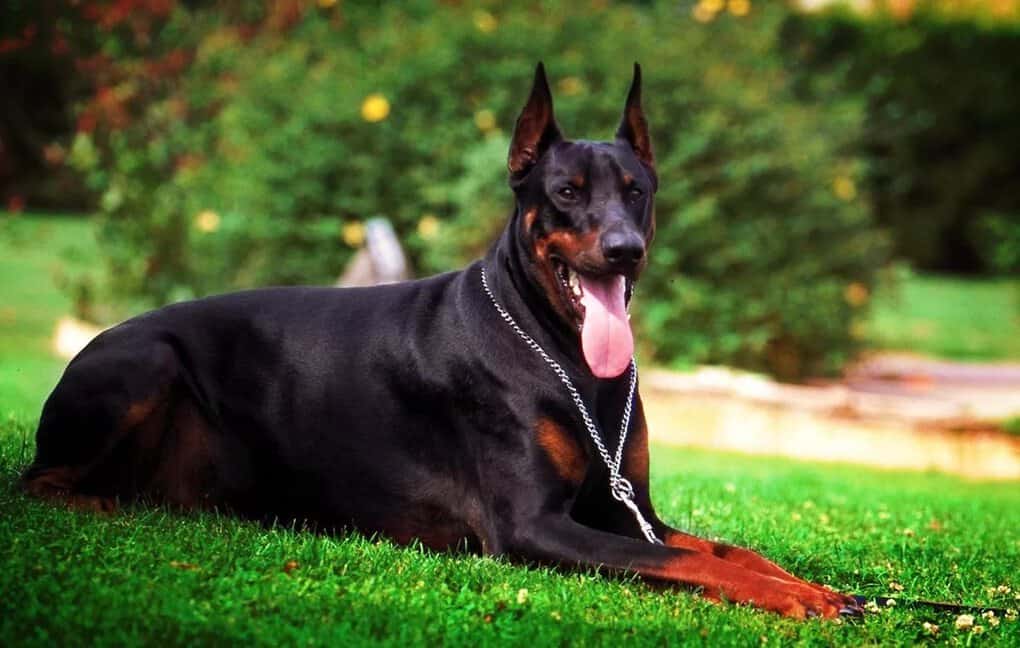 Dogs of this popular breed have a balanced character. They are equally effective in coping with both the security function and the safe everyday household role.

For example, after a short preparation of a Doberman, it can be left with small children – dogs of this breed will respond adequately enough to certain stimuli from the child. 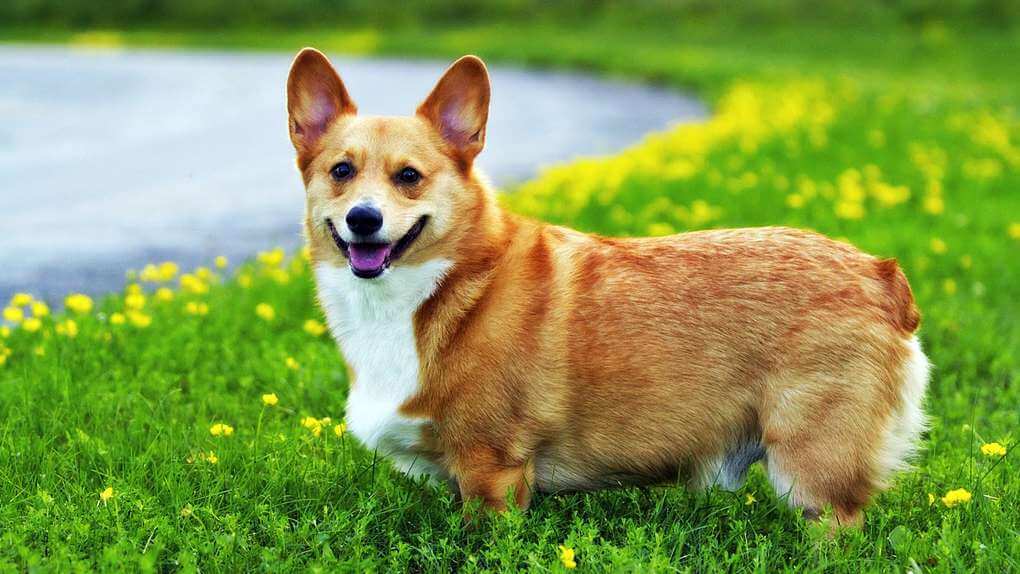 The Welsh Corgi dogs are characterized by a great love of life, energy, and good nature.

Corgis are very loyal and love all members of their owner’s family. These famous dogs usually react loyally to other people and animals and get along well with cats.

In terms of learning ability, representatives of this breed are second only to the border Collie. Mastering the command from the second or third time is not an achievement but a norm. 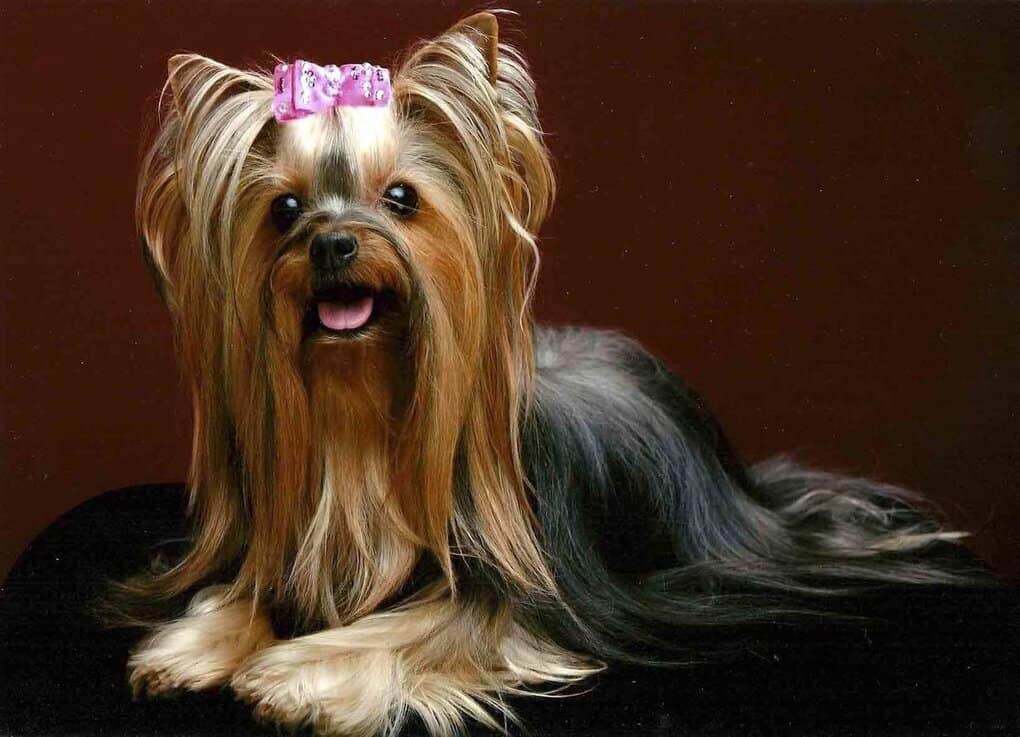 The ancestors of the Yorks were intended for catching rats and mice on sea vessels, as they were descendants of terriers specially trained for this purpose. At the same time, due to their small size and relatively low daily food requirements, they perfectly fit into marine life.

York is a long-haired dog that wholly lacks an undercoat, and this suggests that representatives of this breed almost do not shed. Their fur is similar to human hair in that it continuously grows and rarely falls out (sometimes when combed or damaged).

Despite their small size, Yorkies retain the qualities typical of large terriers-courage, curiosity, and indefatigability. They have a good nature and get along well with people and other dogs. In addition, they are very loyal to the owner. 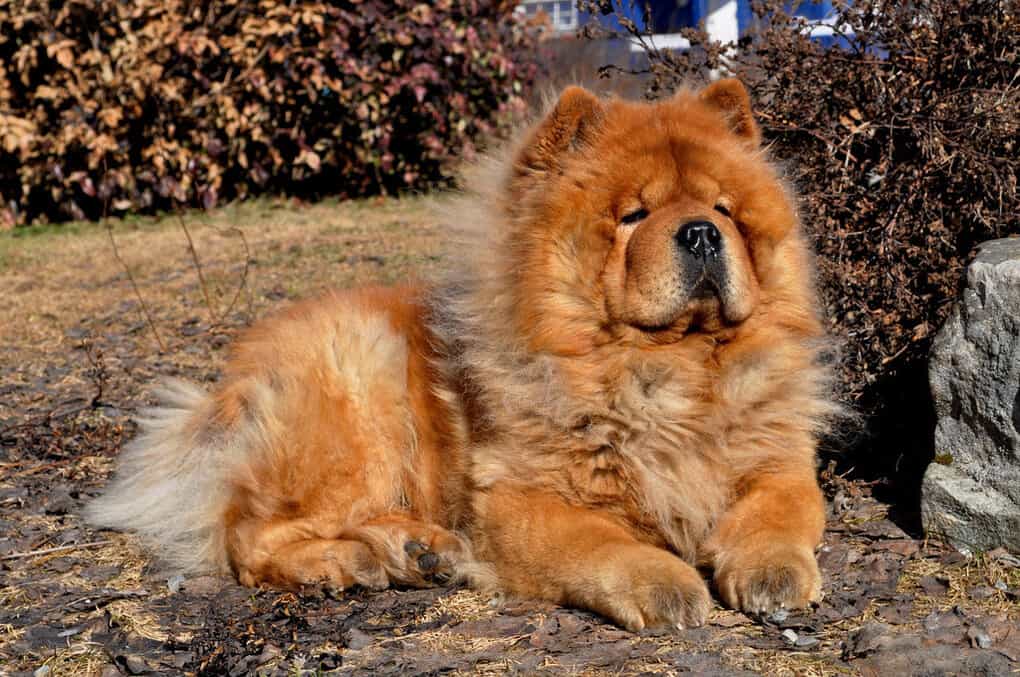 Chow Chow is one of the oldest breeds of dogs. Showing cowardice or aggression is utterly unusual for a trained chow chow.

Chow Chow is very loyal to its family and attached to its master. The chow chow dog usually shows affection only to those with whom it has a close relationship, which is why house guests who are unfamiliar with this dog should not persistently demand the animal’s attention since the Chow Chow may perceive this as a hostile attack. 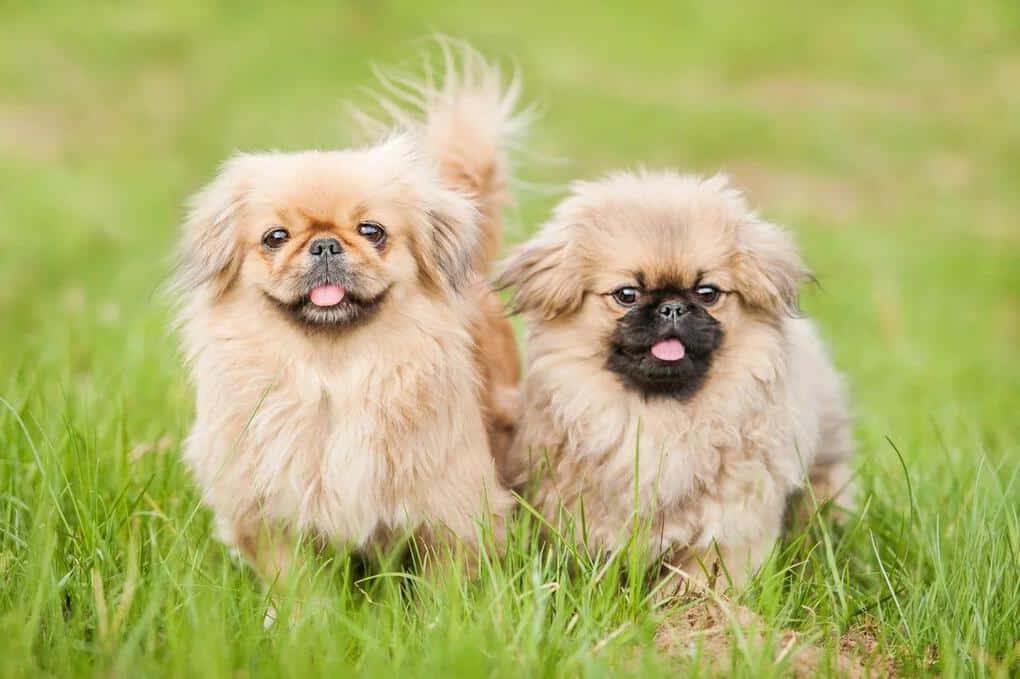 In their historical homeland in China-once, these small dogs had an almost sacred status.

They could only belong to the emperor’s family. They were kept in the palace and were not available to their subjects. These cute creatures owe their name to the capital of the “Middle Kingdom” – Beijing.

Pekingese is one of the most ancient breeds-it bred about two thousand years ago. For dogs of this breed, various colors are acceptable, but the most common is red. At the same time, there are black, fawn, and colored Pekingese. White Pekingese is considered a real rarity.

Pekingese are playful and fearless. It can be friendly with children, but in any case, it will consider itself the principal in the house and demand attention. 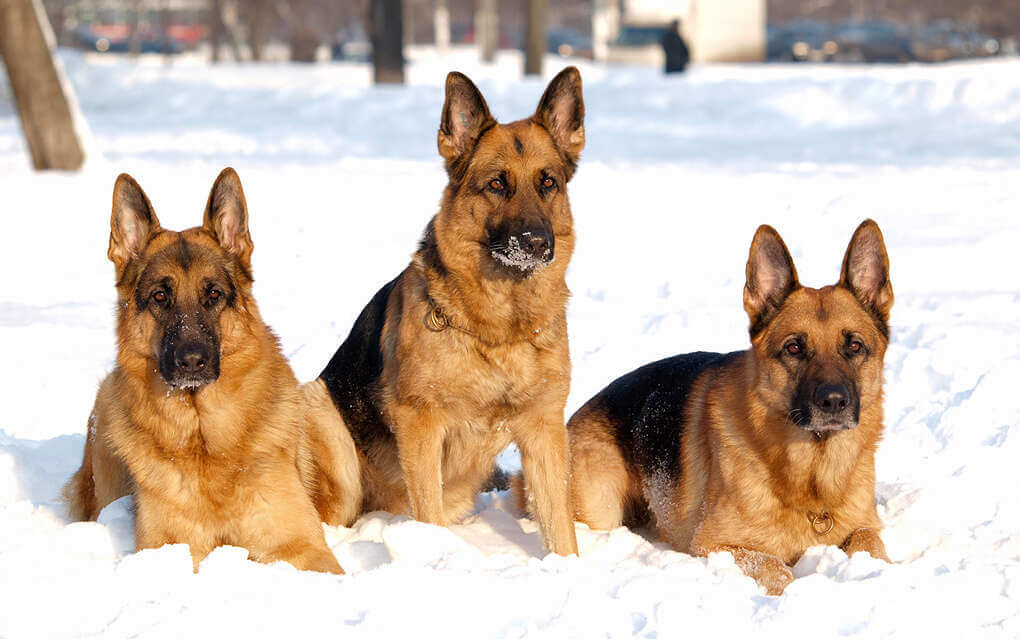 Initially, this type of Shepherd dog was intended for herding and service-search activities.

The German Shepherd is a large dog with a robust musculoskeletal system. It has a well-developed thoracic region, a slightly lowered pelvis, and a recognizable stance.

The coat of such dogs is short and thick, thanks to which they can tolerate even frosts. To date, there are two varieties of the breed: smooth-haired and long-haired.

German Shepherds are dogs with an energetic character, capable of a variety of types of training.

They are more amenable to education if they have only one owner, and one of the positive aspects of the breed is that being service dogs, they quickly get used to a new guide and interact with its with interest. By the way, this dog breed is the most famous and often used in cinema.