Top 10 most dangerous fish in the world

by Sprintally 4 months ago4 months ago
1.3kviews
0
Share via
121 shares

There are not many species among fish that pose a danger to humans, but they are still there. The most dangerous fish in the world can tear their prey to small pieces in a matter of minutes. Other species can be fatal when eaten, and still, others can settle in the human body, parasitizing from the inside.

These are the most dangerous fish in the world. 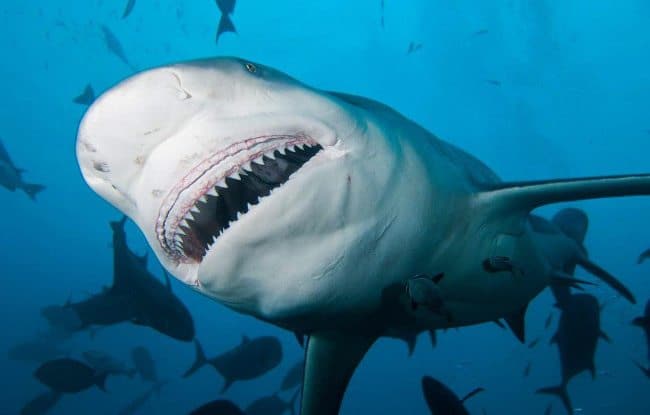 The bull shark tops the ranking of the most dangerous fish in the world. It belongs to the most aggressive shark species. The animal attacks much marine life, including dolphins. It has mighty and developed jaws, which, in terms of bite force, surpass any predator.

The shark reaches gigantic size in growth: the body length ranges from 2-4 meters, and the weight is up to 250 kg. It can live in both fresh and salt waters. Therefore, these fish often penetrate rivers and reach lakes. 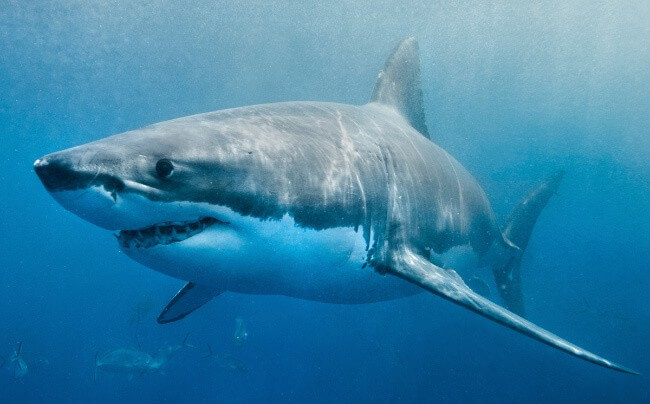 Great white shark ranks second in the ranking of the most dangerous fish in the world. The shark can live both at great depths and in shallow waters. The shark has a torpedo-shaped body, painted gray or blue. It has significantly developed jaws. Up to 3 thousand teeth are in the oral cavity of a living shark.

The olfactory receptors are so well developed in a shark that it can smell a drop of blood diluted in a hundred liters of water. There are frequent cases of this shark attacking people. Currently, the species is on the verge of extinction. Therefore it is protected by the defenders of the ecosystem. 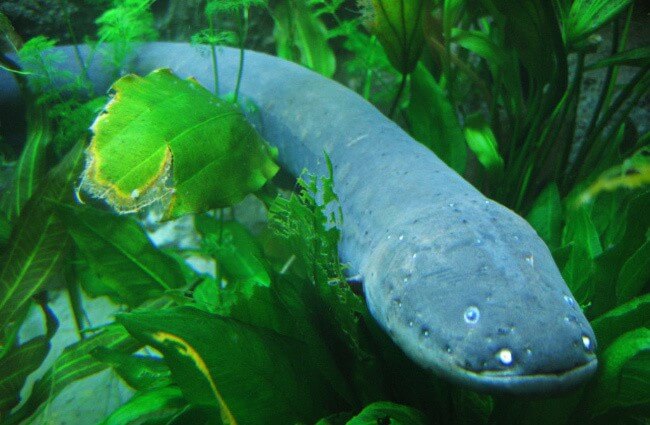 The electric eel unlocks the top three most dangerous fish in the world. It is a relative of the catfish. Its danger to humans and any other living creature lies in the fact that the eel’s body has a discharge of 550 volts, which is fatal. Death from contact with the body of a fish occurs instantly.

An animal’s electric shock can stun even an adult horse. You can’t take such fish with your bare hands. These fishes do not need to use their jaws to capture prey. It is enough to strike with the body for the victim to die. Electric eels can be up to 3 meters long and weigh up to 40 kilograms. This dangerous creature lives in the Amazon and South America. 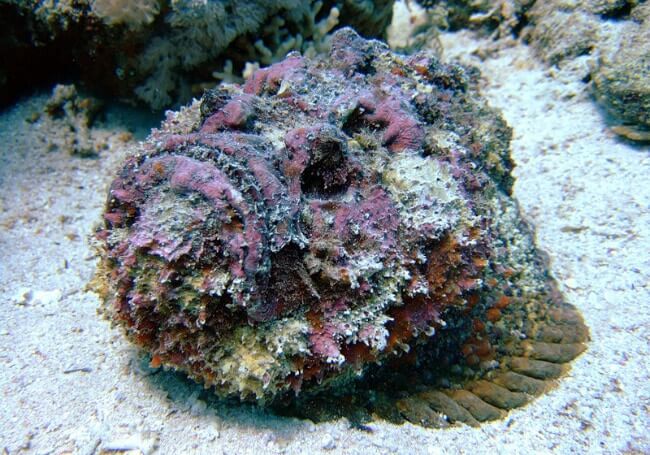 Reef Stonefish is one of the ten most dangerous fishes. It is also considered the most poisonous fish in the world. It got its name from its similarity to stone. It is challenging to spot it among other pitfalls and coral reefs as it merges with them.

On its back, it has 12 very sharp spikes that can pierce even a scuba diver’s shoes. If you step on a fish, it instantly injects its poison into the wound formed by the thorns. The painful shock is so strong that a person can die immediately, drowning in water. If you don’t provide medical assistance during the first two hours, the victim will die. 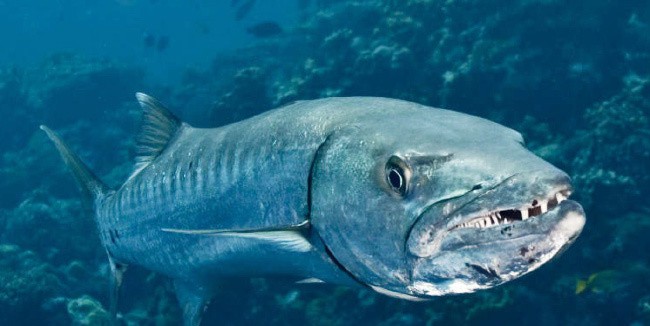 The Great Barracuda is one of the five most dangerous fish in the world. The body of a fish can reach 2 meters in length, and in weight, a barracuda can gain up to 50 kilograms. The fish has a torpedo-shaped body with a greenish tint. The jaws are equipped with strong teeth that grow up to 7 centimeters. With the help of them, a large barracuda easily tears off pieces of flesh from prey.

Young Barracuda prefer to hunt in flocks, but adults attack mainly one by one. These fishes are very attracted to shiny metallic objects. Therefore, there is a potential risk of attack on a person if Barracuda notices the sparkling decoration on the body. You can meet barracuda in the Caribbean, in the Atlantic, in the Mediterranean Sea. Rarely found in the Indian Ocean, Malaysia, and Indonesia. 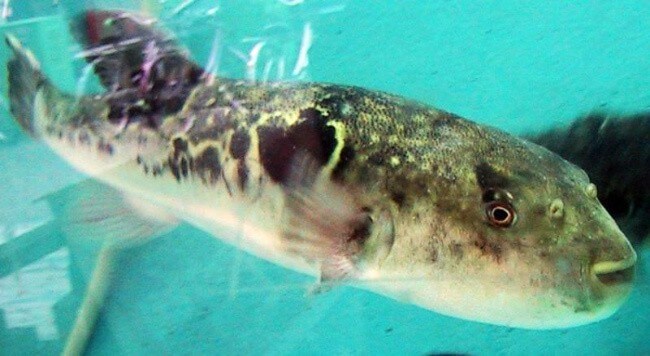 The sixth most dangerous fish in the world is the Tiger puffer or Takifugu rubripes used in Japanese cuisine. Tiger puffer belongs to the Tetraodontidae family.

The potential danger to humans is the consumption of this fish. It has tender and tasty fillets. But organs such as skin, liver, or caviar are unsuitable for food, as they contain the lion’s share of toxins, which, if ingested, lead to paralysis and death. An improperly cooked Tiger puffer dish can be fatal to a person’s life. 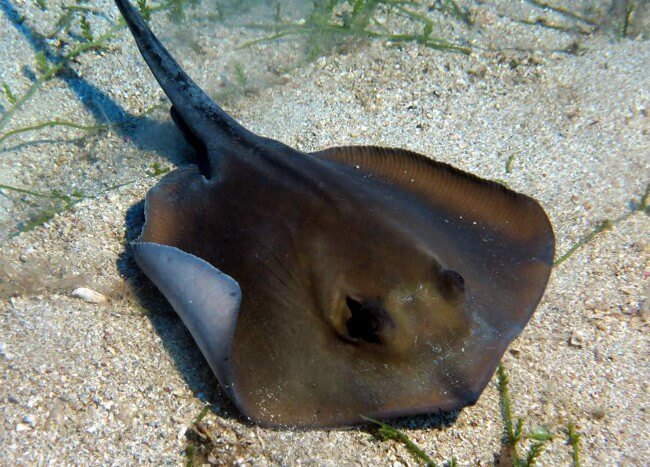 The Fantail stingray is the seventh most dangerous fish in the world. Adults can reach a length of 180 centimeters, and the weight can be 30 kilograms. They have a diamond shape. This species lives at a sufficiently great depth so that scuba divers and explorers of the underwater world can meet with them most often.

Fantail stingrays are peaceful creatures. However, if you are not careful to stumble upon this fish, it can bite into the poisonous sting, which is located on the tail. In this case, the person experiences an extreme pain shock.

The sawfish is the eighth most dangerous fish in the world. An inhabitant of water spaces, reaching a length of 7 meters and armed with a 3-meter nose, does not intentionally harm a person. But due to poor eyesight and protection of their territory, there are known cases of attacks.

The sawfish is very agile in using its tool, turning the flesh of any creature into a bloody mess. The animal is camouflaged in the water, and sometimes it isn’t easy to immediately notice it. The species is on the verge of extinction. 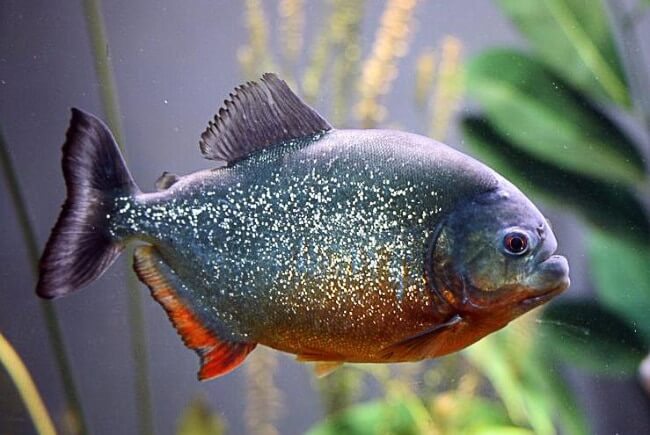 Piranha is ranked ninth among the most dangerous fish in the world. Small fish from Brazil and South America can cope with even the most critical prey in a short time, leaving only the skeleton of it. They are very greedy, so they choose bodies of water that are teeming with fish and other living things. Otherwise, the fish is called the “toothy devil”.

Piranha reaches no more than 30 centimeters in length and 1 kilogram in weight. It has very sharp teeth and well-developed jaws that allow it to deal with any flesh. The danger for humans lies in the fact that they can attack in huge flocks, and it becomes impossible to cope with them alone.

Vandellia or Candiru ends the list of the most dangerous fish on the planet. The body of a fish is practically colorless, and it isn’t easy to notice it in the water. Despite its small size: 2.5 centimeters in length and several millimeters in thickness, Vandellia is extremely dangerous not only for large fishes but also for humans.

These fishes lead a parasitic lifestyle, feeding on the blood of other living beings. Vandellia can freely penetrate the va##na, p#nis, or even the anu# of a person, starting to feed on organ tissues and blood. In this case, the person experiences excruciating pain. Untimely access to a doctor can lead to disastrous consequences.