Top 10 fastest insects in the world

The maximum flying speed is typical for such fastest insects as dragonflies of different wings, hawk moths, and higher flies. But there are also insect champions among the land ones. They can move at lightning speed, which plays a huge role for them. For some species, fast movement helps to feed, while some others escape from birds and do not become their feed.

These are the ten fastest insects in the world 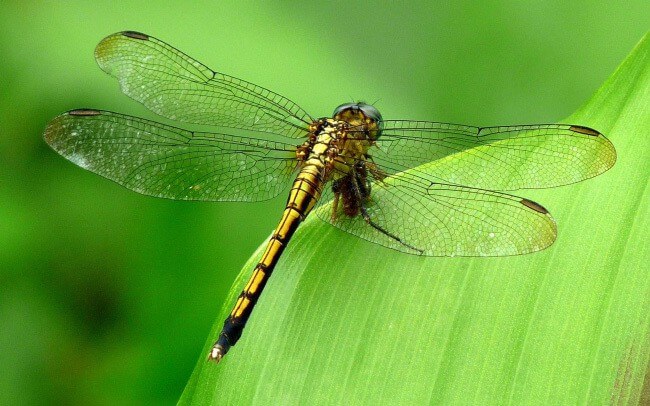 Dragonfly is considered the fastest insect in the world, which can reach a flight speed of up to 97 km/h. The normal flight speed is 30 km/h. They are classified as predatory insects. When scientists began studying dragonflies in 1999, they learned that dragonflies don’t “track” their prey by flying through the air, they “intercept” it.

In other words, dragonflies provide an accurate kill off the victim, flying to where the victim will be after a while. This indicates that while hunting, dragonflies calculate three things: the distance to their prey, the direction of its movement, and the speed at which it flies. Within milliseconds, the dragonfly calculates the angle from which it should approach, and as in a horror movie, it is already waiting on the spot for the unfortunate victim, which flies into its claws without knowing it. 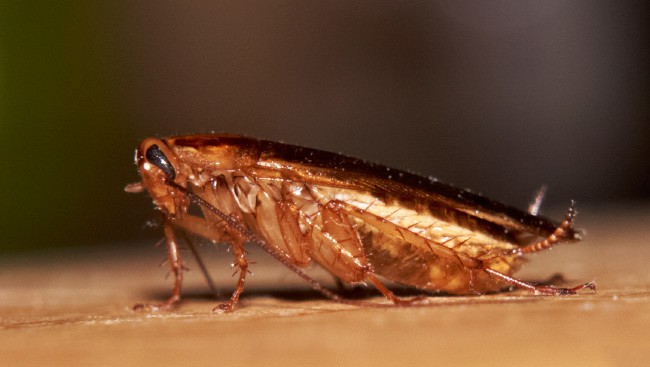 Cockroaches are the fastest runners of all land insects. In 1991, a world record was set where a type of cockroach in Americana developed a speed of 5.4 km / h or the body length of 50 cockroaches per second. If a person ran at such a speed, then there would be no need for cars. In this case, people could reach speeds of up to 330 km / h. 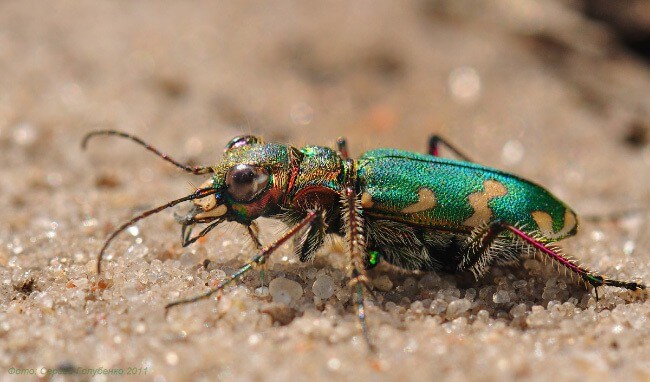 The Tiger beetle is one of the fastest insects in the world, whose movement speed can sometimes exceed 2 meters per second. It can be attributed to useful insects that destroy pests of gardens and vegetable gardens. One Tiger beetle can destroy more than 400 harmful insects in the summer. They go hunting in sunny weather. The beetle flies at high speed, only for short distances. Sensing danger, it instantly rises into the air and, having flown a short distance, falls.

These insects can hunt on the fly, but most of their food is obtained on the ground, chasing insects or larvae. Being among the fastest runners among their relatives, the hunter easily catches up with the fastest prey. Clinging to the prey with powerful jaws, the beetle plentifully pours it with gastric juice with digestive enzymes. Under the influence of the juice, the internal organs of the caught prey are partially digested, and after a while, the slug can only suck out the nutritious gruel. 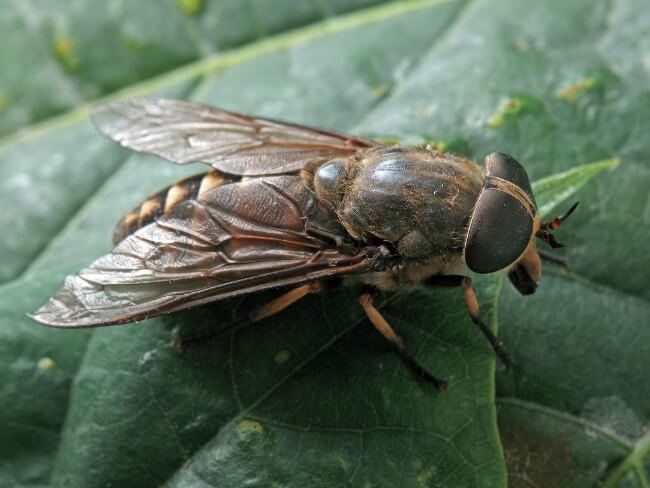 Horseflies are considered to be very fast-flying insects, capable of speeds up to 60 km / h during the mating season. Horseflies inhabit all continents except Antarctica. They are also absent in Iceland, Greenland, and some oceanic islands. The largest number of horseflies, both in number and in the number of species, is found in swampy areas, at the borders of different ecotopes, in places of grazing. 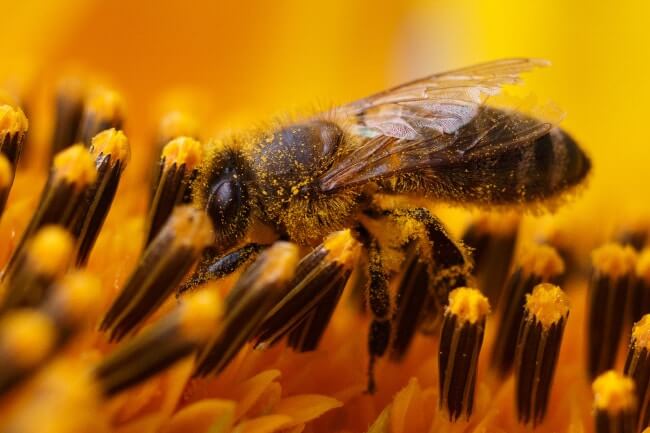 The Honey bee is rightfully included in the list of the fastest insects in the world. The honey bee’s flight speed is 65 km / h, which is approximately equal to the speed of a car in a city. In one flight, a bee picks up nectar almost as much as it weighs itself.

With a full honey ventricle, the bee can reach speeds of up to 30 km / h. To gain 1 kg of nectar, the bee will have to make up to 150 thousand flights from the hive. On average, a bee travels up to 3 kilometers in one flight. To produce a kilogram of honey, a bee needs to fly an average of 450 thousand kilometers. This means that the distance traveled by a bee is the same as the distance it takes to fly around the Earth’s equator about 10 times. 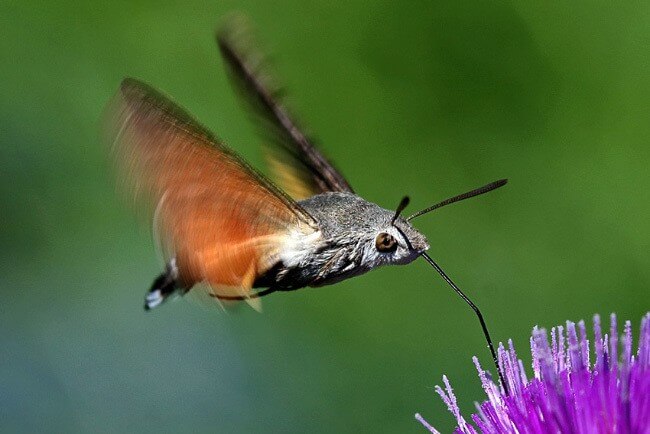 The hawkmoths are the fastest butterflies in the world. During the flight, These Lepidoptera insects are capable of speeds up to 54 km / h. They fly better than all other butterflies. They spend a lot of time in the air and can hover over the flower and suck the nectar from the flowers with their long proboscis. Because of this, they play an important role in the pollination of flowers with deep corollas.

They very quickly flap their wings, like hummingbirds, as if “standing” in the air. Some genera of hawk moths fly during the day. 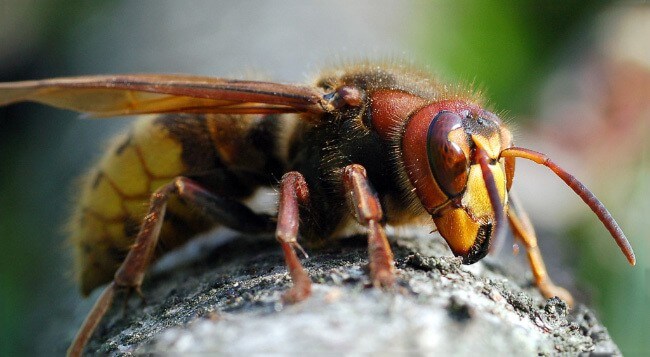 The hornet is one of the fastest flying insects in the world with a maximum flight speed of up to 25 km / h. Its main food, in search of which it is constantly on, is nectar and plant foods rich in sugar. Adults also prey on many insects, which they kill with their sting and powerful jaws.

Due to their size and the strength of the poison, hornets can effortlessly kill fairly large insects, including bees, grasshoppers, wasps, and locusts. The victim is completely chewed but is not eaten immediately, but in the form of a suspension is fed to the larvae that develop in the nest. Given the fact that hornets eat various pests. 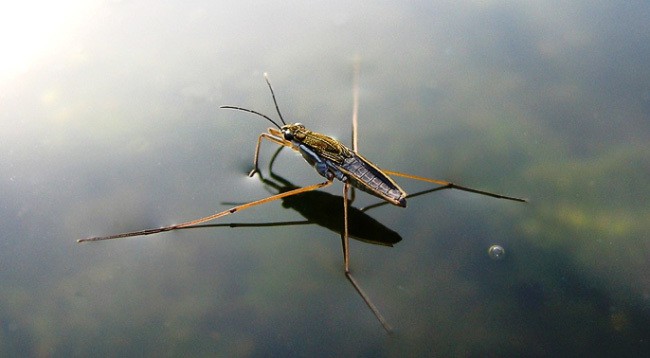 Gerridaes are considered the fastest insects that live on the surface of the water. The average speed of movement in the reservoir is 4 km / h. As if on ice, water striders glide easily over the surface of ponds and streams. How do they manage to “walk on water” and remain completely dry? 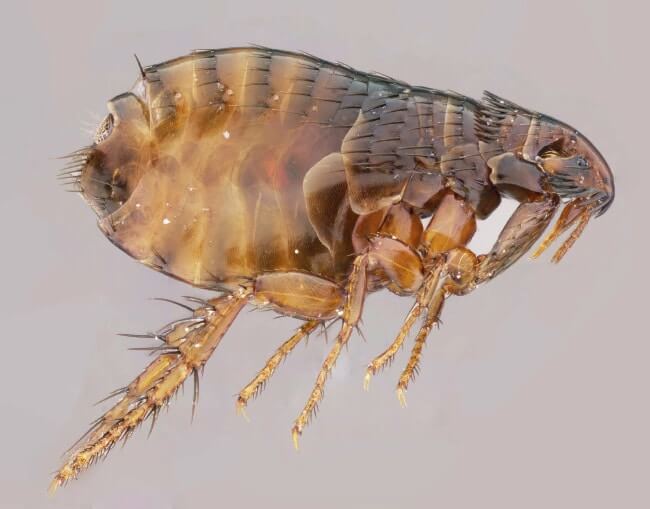 The flea is the fastest insect among the parasites. The speed of its movement in one jump is 1.9 meters per second. In addition, the insect moves very quickly in the animal’s fur, which makes it almost invisible and elusive. 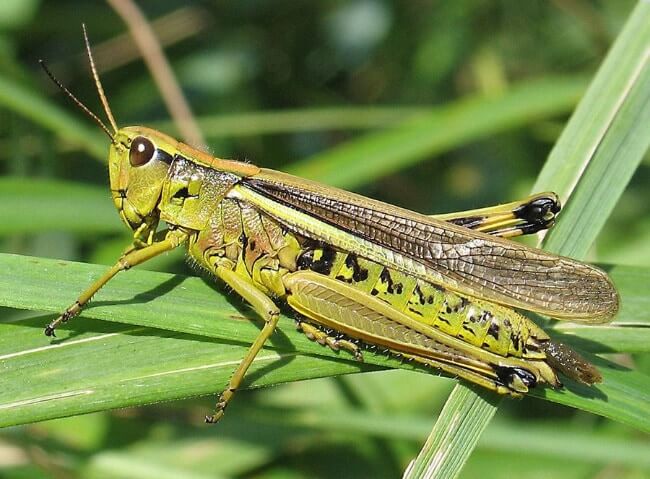 Locusts are capable of speeds up to 20 km / h in search of food. Thanks to this factor, it is included in the list of the fastest insects. With an abundance of food, the insect leads a solitary lifestyle, but with a shortage of food, it forms huge colonies (numbering tens of millions of insects), which begin an active search for food-rich territories. The colonies make high-speed flights mainly in the morning or in the evening, over distances of up to 100 km.