Top 10 fastest animals in the world

The best athletes can reach speeds of no more than 30-40 km / h. Even an ordinary hare can beat this record. Do you know what maximum speed the fastest animals in the world can develop? Some animals and herbivores move with such lightning speed, which can only be compared with the speed of acceleration of a sports car. After all, their life or food depends on it.

We present you the top 10 fastest animals on the planet 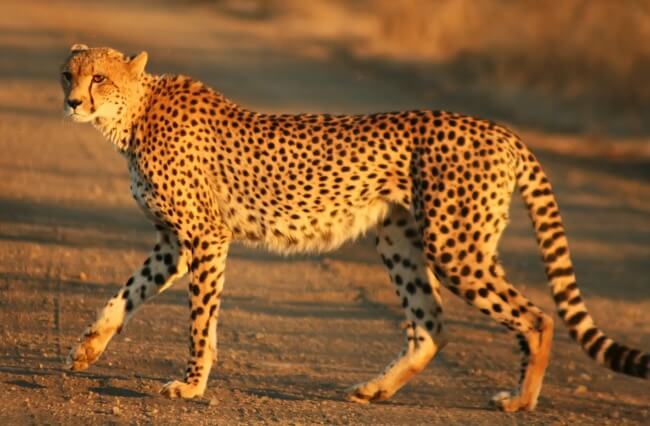 The cheetah is considered the fastest animal on earth. The maximum speed that a predator can gain when hunting is 120 km / h. It is not surprising that with such lightning speed, the hunter fizzles out in exactly a minute. But usually, this time is enough for it to overtake the victim. Moving at such a speed, the main part of the cheetah hovers in the air, touching the ground only to push off.

The cheetah manages to gain such a running pace in just 3 seconds. So the animal may well compete with the fastest sports car in acceleration speed. Such a fast movement, despite a short time interval, takes a lot of energy and strength from the leopard. For it to recover from a run, it will take at least half-hour rest. During this time, while the mammal is resting, it may well steal the prey of a leopard or hyena. 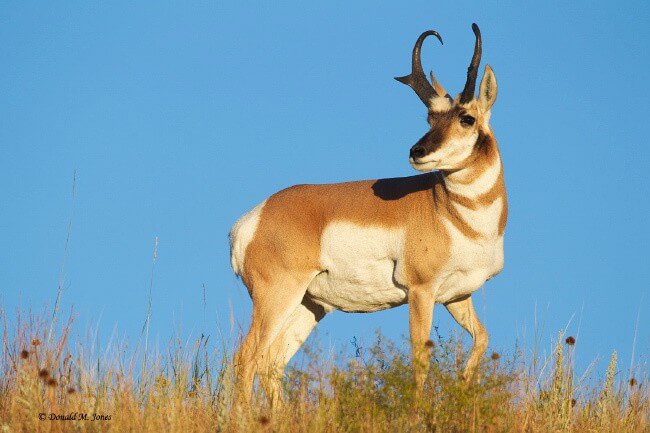 The second fastest animal on earth is rightfully considered the pronghorn. The maximum speed of movement of an Artiodactyla is 115 km / h. The main enemy of the pronghorn is the cheetah. To escape it has to move so fast. When the cheetah can already run out of breath, the animal continues to move.

These antelopes can accelerate not only while sheltering from a predatory hunter, but also just for fun. An amazing feature of these four-legged animals is that they can jump over an obstacle two meters high or six meters wide. 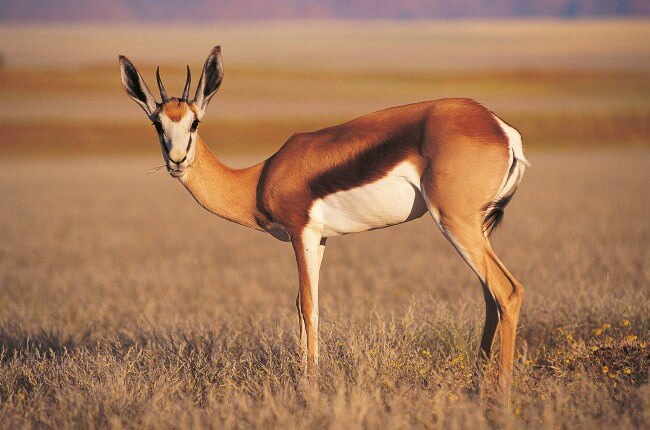 The third fastest animal in the world is the gazelle. The maximum recorded speed of movement of an animal at a distance of 150 meters is 114 km / h. The average result on the move is 105 km / h. The gazelle is considered one of the hardiest animals, which can move at a fairly high speed for a long time. The minimum weight of a gazelle is  30 kg and long legs help it to run with such ease. 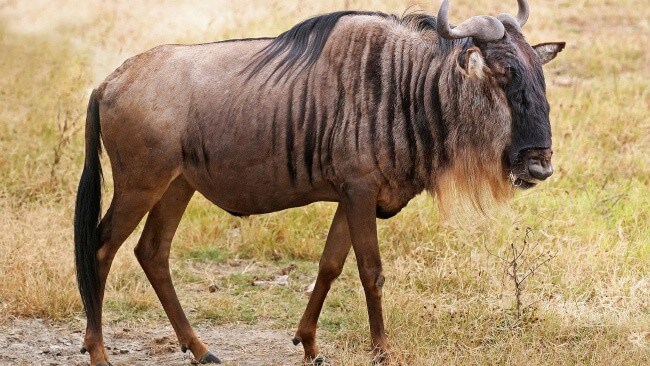 The fourth position of the ranking goes to the wildebeest from Africa. Since they are the main prey of many local animals, the animal had to learn to run as fast as possible and reach speeds of up to 90 km / h. And this despite its heavyweight is 250 kg and a height of 1.5 m. In the absence of danger, horned they accelerate to 40 km / h. The herbivore is weather-dependent. During droughts, they often have to migrate long distances in search of food. 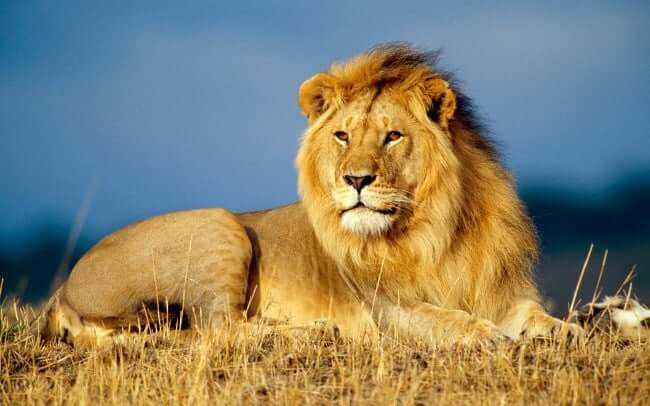 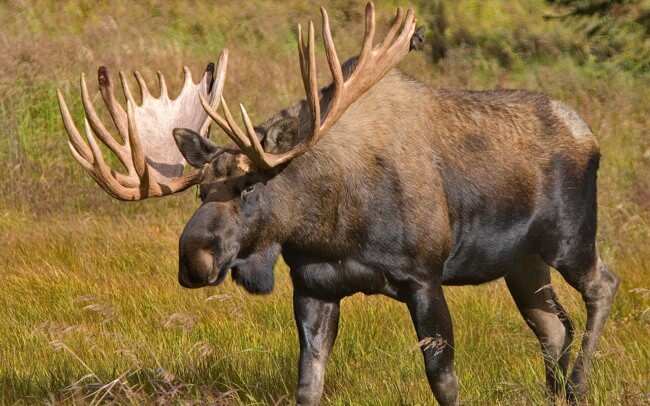 The moose took sixth place among the fastest animals in the world. During an attack by predators, a moose is capable of speeds up to 73 km / h. And this is despite the weight of 700 kg and the height of 2.5 m. Mighty powerful horns weighing up to 40 kilograms have a span of up to 2 meters. Therefore, moose rarely dare to attack such a large herbivore.

A feature of the moose is that they not only run well but also swim. Moose travel up to 15 km daily in search of food. The habitat is considered to be Canada and America. 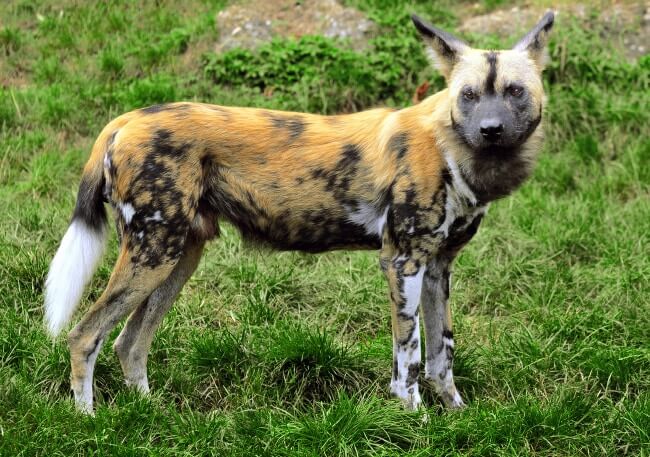 The seventh fastest animal in the world is taken by the hyena dog. During the hunt, the Hyenas can accelerate to a maximum speed of 72 km / h, but it is only for a short distance. A longer path, for example, 5 kilometers, can easily overcome at a speed of 60 km / h. Since hyena dogs usually act in a herd, the victim has practically no chance to hide from hungry Hyenas.

Wildebeests and zebras, which are also among the fastest living creatures on the planet, but often become their prey. Hyena dogs are very voracious and can eat up to 15 kg of meat at a time. Their habitat is the Middle East, India, and Africa. 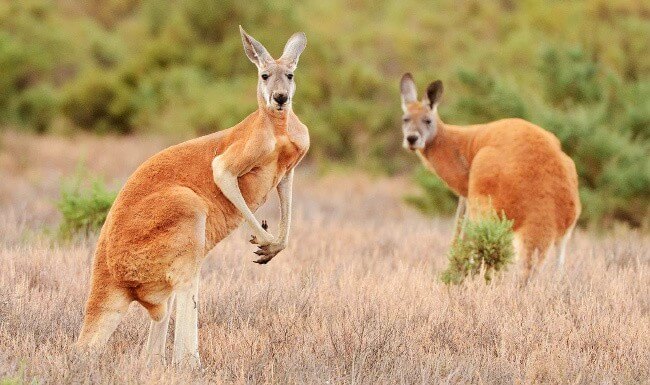 The eighth fastest animal in the world is the kangaroo. If the mammal senses the approach of danger, then at the most crucial moment it accelerates to 71 km / h. At the same time, it begins to sweat very much, which helps to regulate the heat exchange process, and when it stops, the animal begins to breathe quickly – up to 300 breaths per minute.

The kangaroo can easily cover a distance of 2 kilometers in 80 seconds, which is equivalent to a speed of 40 km / h. In a calm state, the animal covers the distance with an acceleration of up to 26 km / h. It is noteworthy that animals of the marsupial family can jump up to 3 meters in height and up to 9 meters in length. 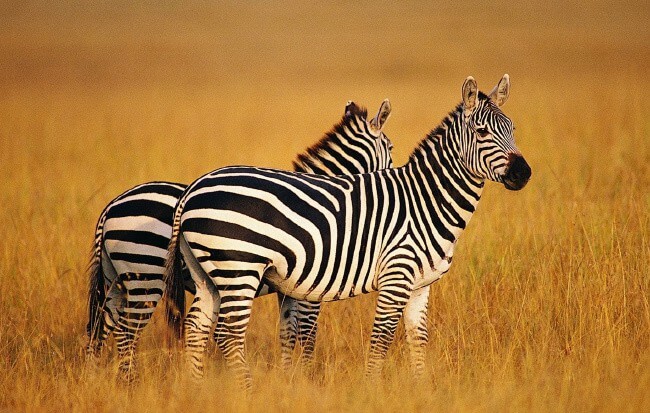 Zebra is one of the fastest animals in the world. At the moment of attack by a predator, the mammal can speeds up to 64 km / h. Zebras are very hardy. It is this factor that helps them escape from predators. Their peculiarity is that they begin to run from side to side in case of being chased by a predator, which in the meantime loses coordination and cannot catch an intelligent animal.

In times of danger, the zebra itself can offend its pursuer by kicking or biting itself fairly. These are quite heavy mammals and weighing up to 400 kg. In search of food and water, zebras can cover distances up to 800 kilometers per year. 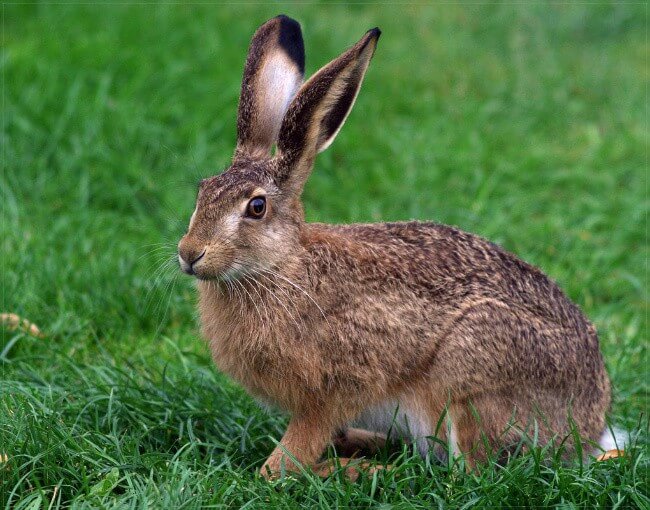 European hare ends the list of the top 10 fastest animals in the world. This African rodent accelerates up to 60 km / h when attacked by a predator. At the same time, it begins to rush from side to side to mislead the pursuer. The European hare can accelerate up to 75 km / h, but for a short distance of 20 meters.

To develop such a speed, the hare is helped by its powerful and long hind legs, as well as its low weight, which on average is 3 kilograms. This animal has a lot of enemies, so it has to be beware all the time and run a lot so as not to become someone’s food.