Top 10 biggest animals on the planet

Biggest animals: Just a few million years ago, our Earth was inhabited by giant reptiles, with which no other animal could compete in size and mass.

However, now, in times of regular environmental disasters and the inhumane attitude of people themself to nature, there are not so many animals left on earth that are surprised by their size.

They live on land and roam the expanses of the world’s oceans, never ceasing to amaze and delight not only professional wildlife researchers but also ordinary mortals.

We present the top 10 biggest animals in the world 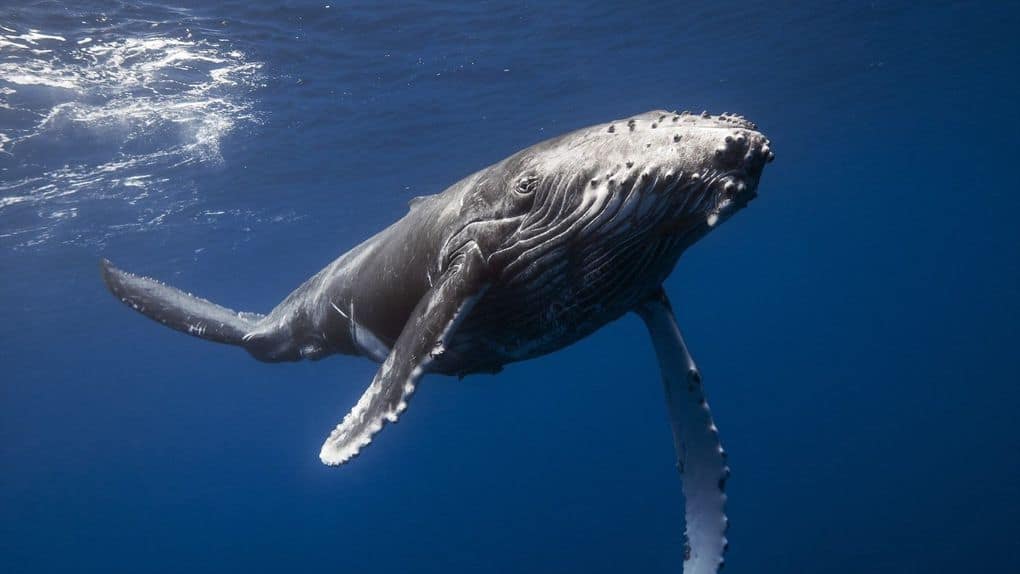 The blue whale is by far the biggest animal on the planet. Over the past 90 million years, mother nature has not produced anything more impressive.

Looking at this giant, you feel awe and admiration at the same time. The maximum size of a blue whale can be 33 meters. The largest recorded weight of this mammal is 190 tons.

Of course, it is not easy to meet such an instance in the waters of the oceans. However, whales 29 m long and weighing 130 tons are not uncommon. Females usually reach similar sizes. The average length of males varies between 24-25 m. 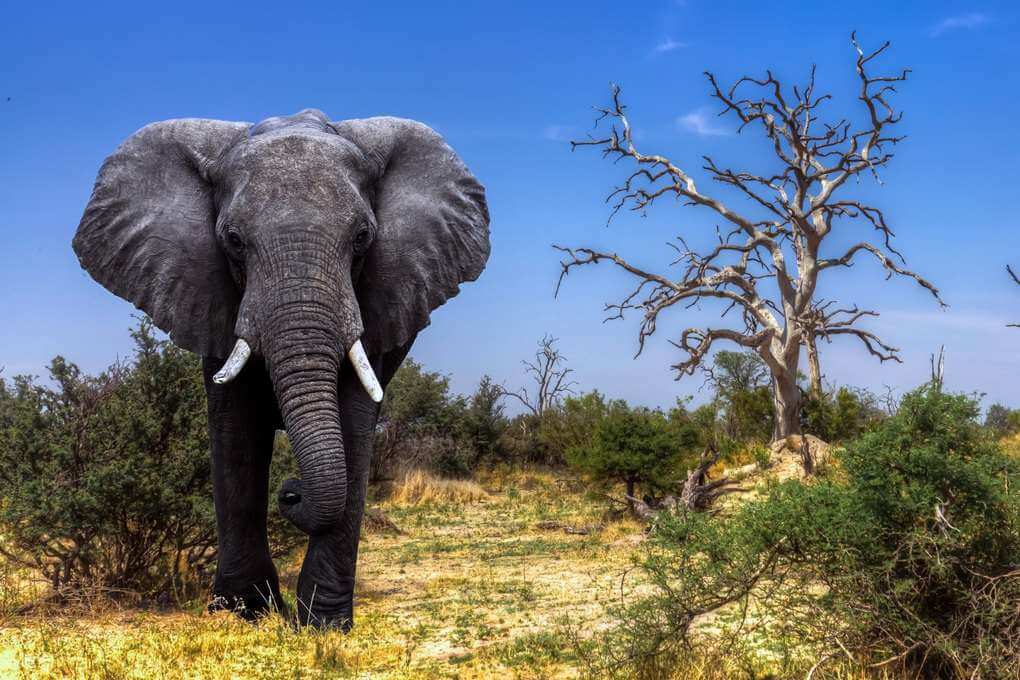 The elephant is one of the largest land-dwelling animals on Earth. African elephant, despite its size, is easy to train and has a high level of intelligence.

Since ancient times, these animals have been used by humans to transport heavy loads. They could also quite successfully be war animals during various battles.

In the wild, they have almost no opponents, because no predatory animal will dare to attack such a huge creature. 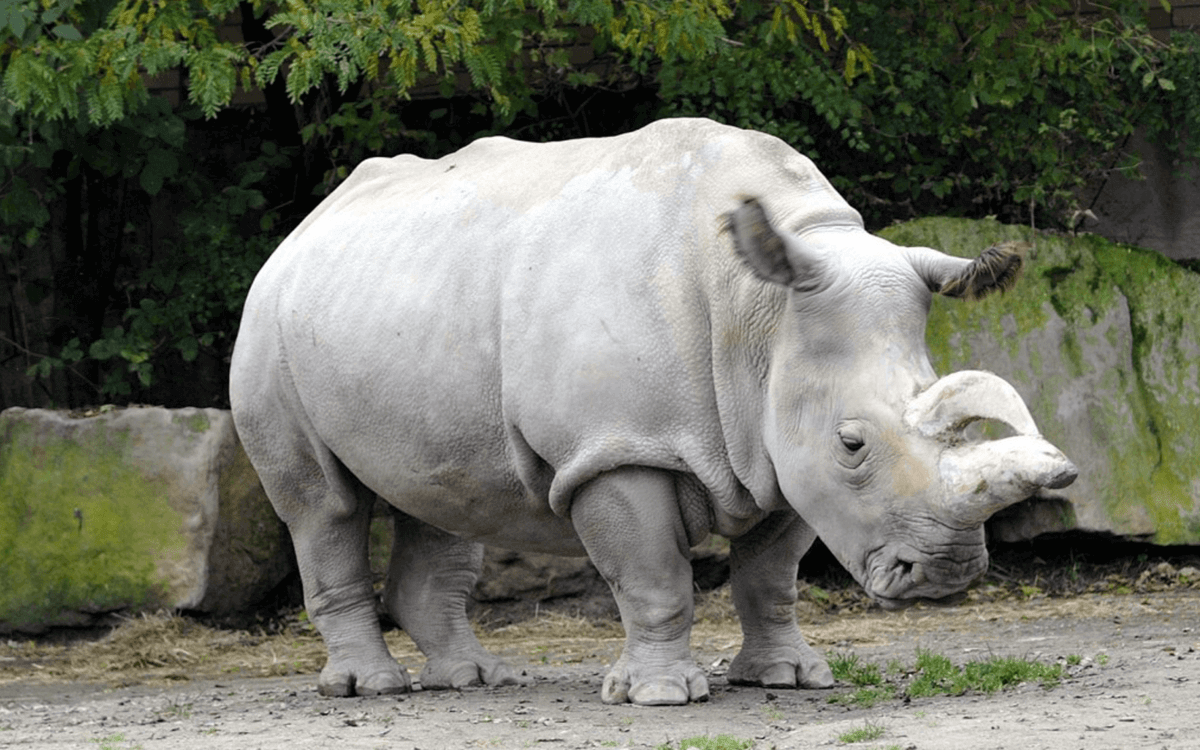 This is a giant animal – the weight of elderly male white rhinoceros can reach 4 tons, and the body length is 4.2 m, although the coat of this beast has a dark tint.

The white rhinoceros has 2 horns, the anterior being much larger than the posterior. It is believed that the main purpose of this bone outgrowth is to push the thickets when the animal moves. Due to this, the horn is always polished, and its front surface is slightly flattened.

A characteristic species feature of the white rhinoceros is the presence of a flattened upper lip in the first. Such a form corresponds to its purpose because the food for this mammal is not shrubs, but grass. The rhinoceros bites the grass at its very base, almost touching the ground with its lip, so its structure contributes to a more convenient absorption of food. 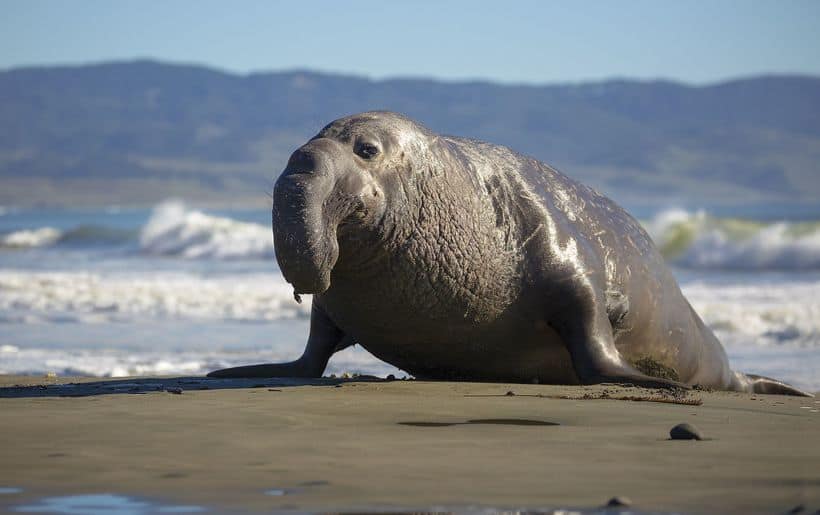 The southern elephant seal is the largest pinniped in the world. Its size can exceed 5.8 m in length, and its weight can reach up to 3700 kg. 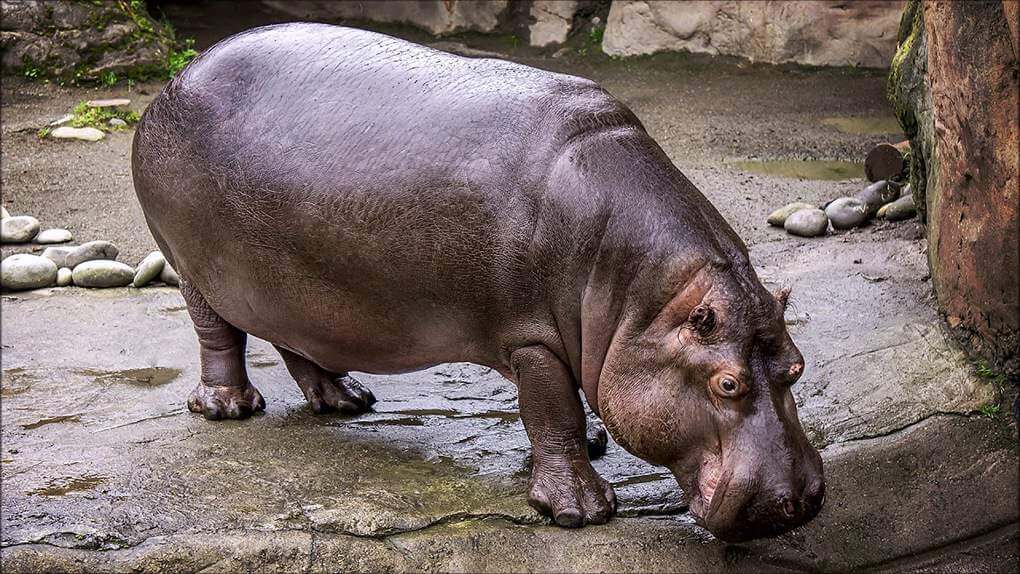 Now the habitat of the hippopotamus is limited to the African continent. 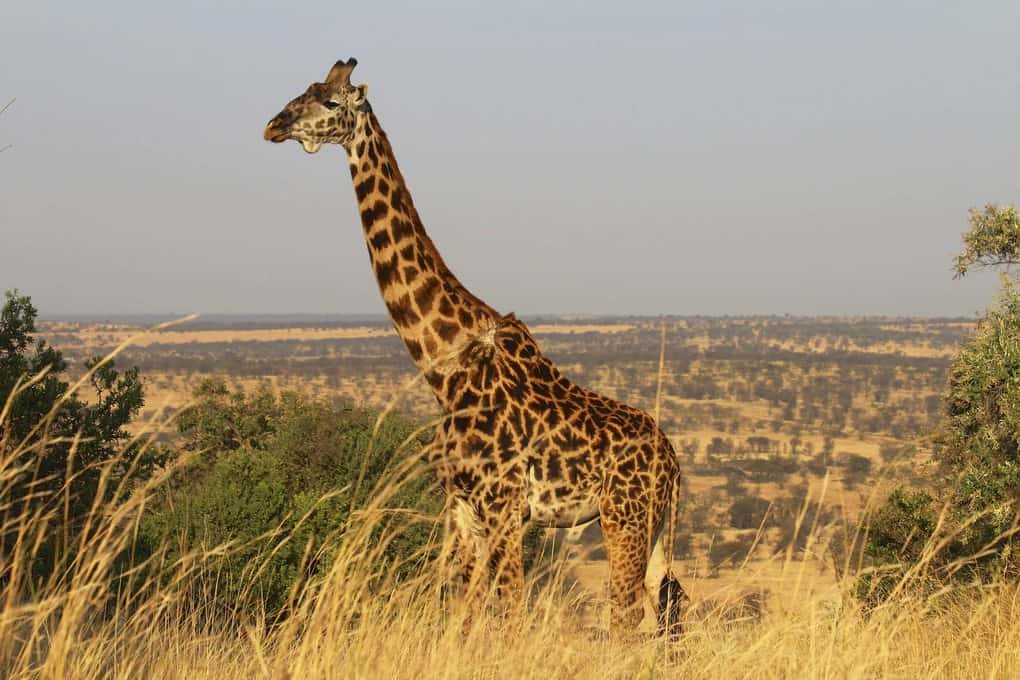 On average, the growth of a giraffe is 5.5 – 6.1 m, and a third of the entire size of the body of this giant falls on its neck.

The bodyweight of an adult male giraffe can vary between 500-1900 kg, and its heart muscle weighs 12 kg: in 1 minute, the heart pumps about 60 liters of blood, and the blood pressure of this animal is 3 times higher than normal human indicators.

Due to the relatively high density of blood, even with a sharp change in the position of the head in space, its condition does not worsen.

Despite the incredible size, the neck of a giraffe is not much different from other mammals in terms of its main features – it has 7 cervical vertebrae, whose length is 25 cm. 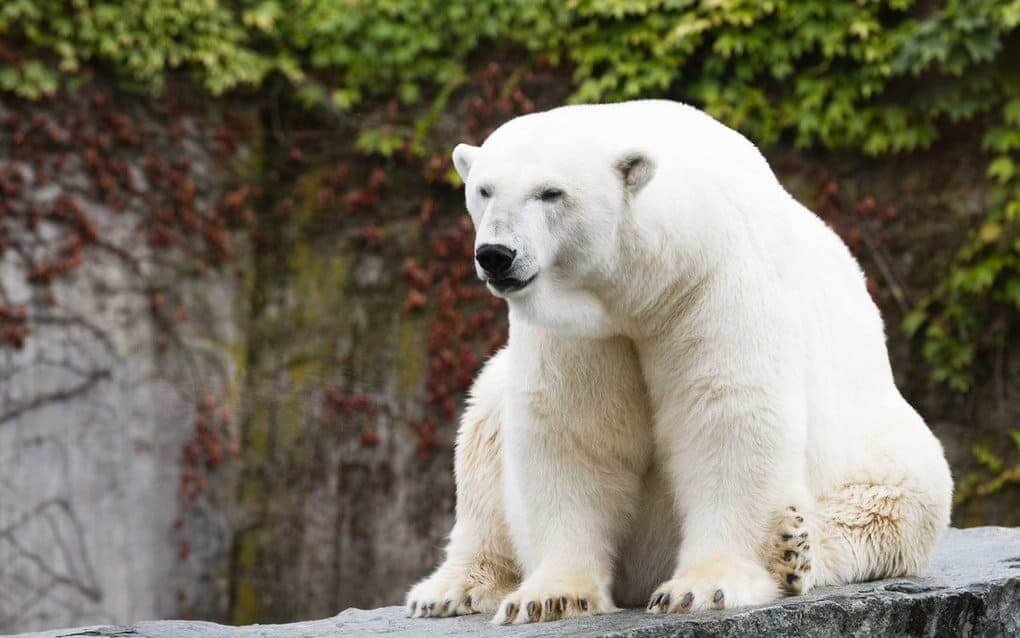 The polar bear is the largest land mammal in the order of carnivores. Its average height is 3 meters, and its weight can reach 1 ton. Usually, males weigh one and a half times more than females.

The smallest representatives of this species live in Svalbard and the largest in the Bering Sea. 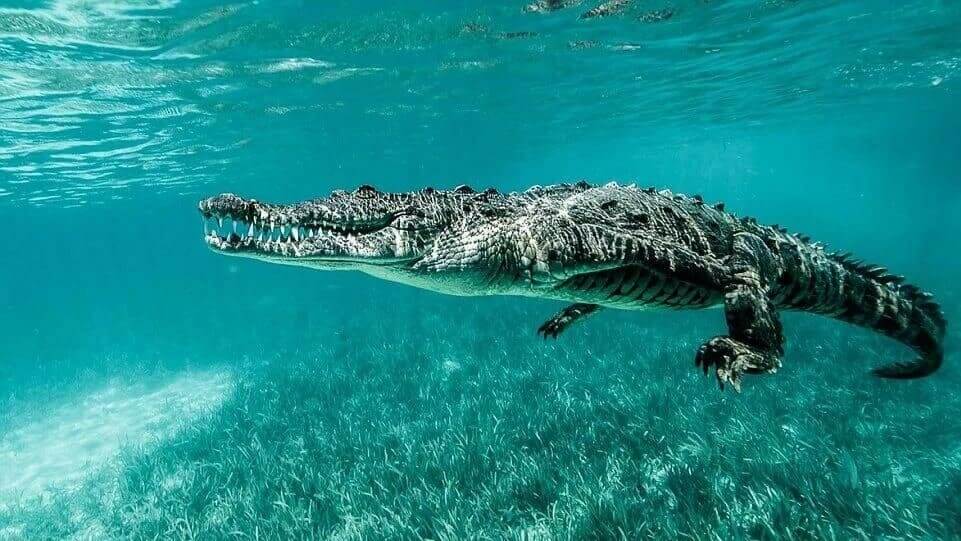 The very formidable appearance and impressive size of this reptile throughout history struck terror into the hearts of people.

At the moment, the saltwater crocodile is considered the largest reptile on the planet. This predator is even bigger than a polar bear! 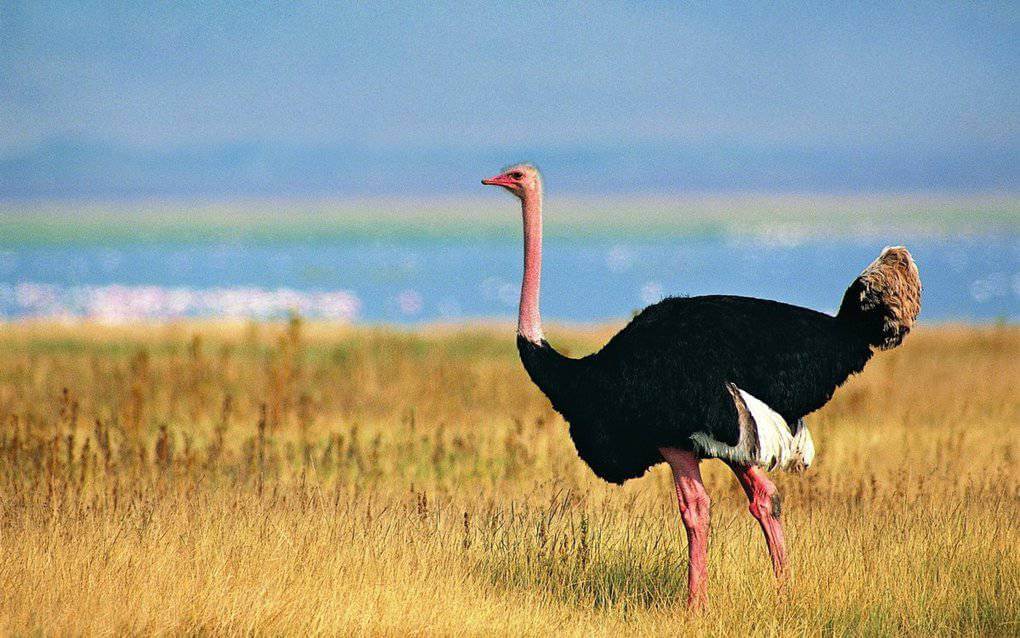 The African ostrich belongs to the struthionidae family. Currently, this bird lives exclusively on the African continent.

Today, African ostriches are considered the largest birds, because their height can exceed 270 cm, and their weight is 70-90 kg.

The ostrich has a rather dense physique, a long neck, and a relatively small flattened head. 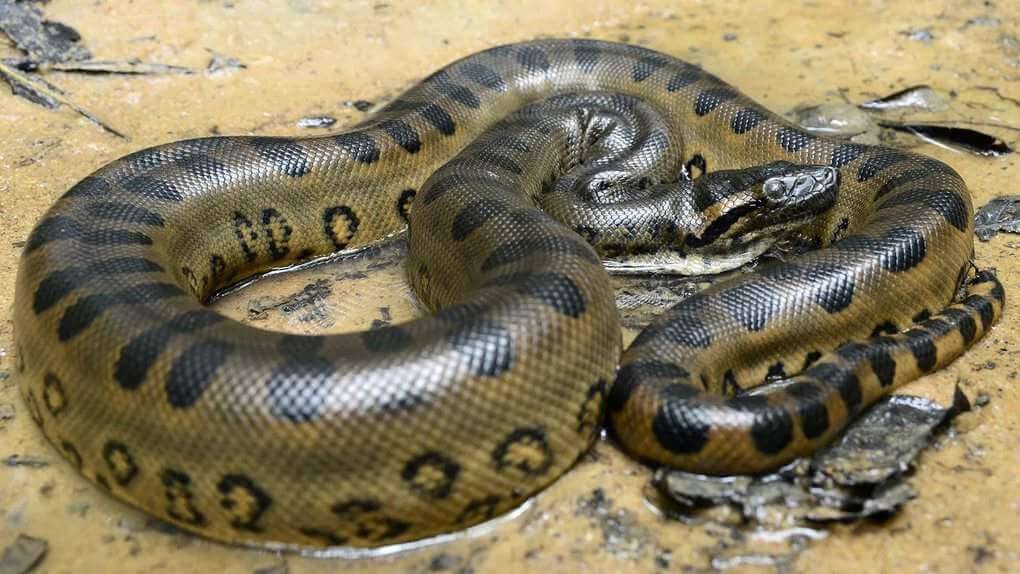 The green anaconda, an incredibly large snake has an extraordinary amount of rumors going around. Even the first colonizers of South America said that in the wild jungle, where no human foot has set foot, there is a snake that reaches 10 meters in length and 300 kg in weight.

Naturally, such information is nothing more than the fruit of a sick fantasy. The true size of the anaconda very rarely exceeds 5 meters in length. But still, this snake is considered one of the largest.

The ideal habitat for this species is the tropical rainforests of South America. The anaconda spends most of its life underwater.

This snake is not venomous. During the hunt, it takes the life of its prey by strangulation.

By the way, it is wrong to assume that the anaconda is only interested in large prey. For the most part, its diet consists of medium-sized lizards, rodents, birds, etc.

It is noteworthy that the anaconda can eat representatives of its species.