Top 10 angriest dogs in the world

Cynologists believe that the reason for the aggressiveness of dogs should be sought in the person himself. After all, any dog can become very dangerous when it falls into the wrong hands. True, some dogs of different breeds over the years of training and breeding for some reason have become even more aggressive than others.

We present to you the 10 angriest dogs in the world 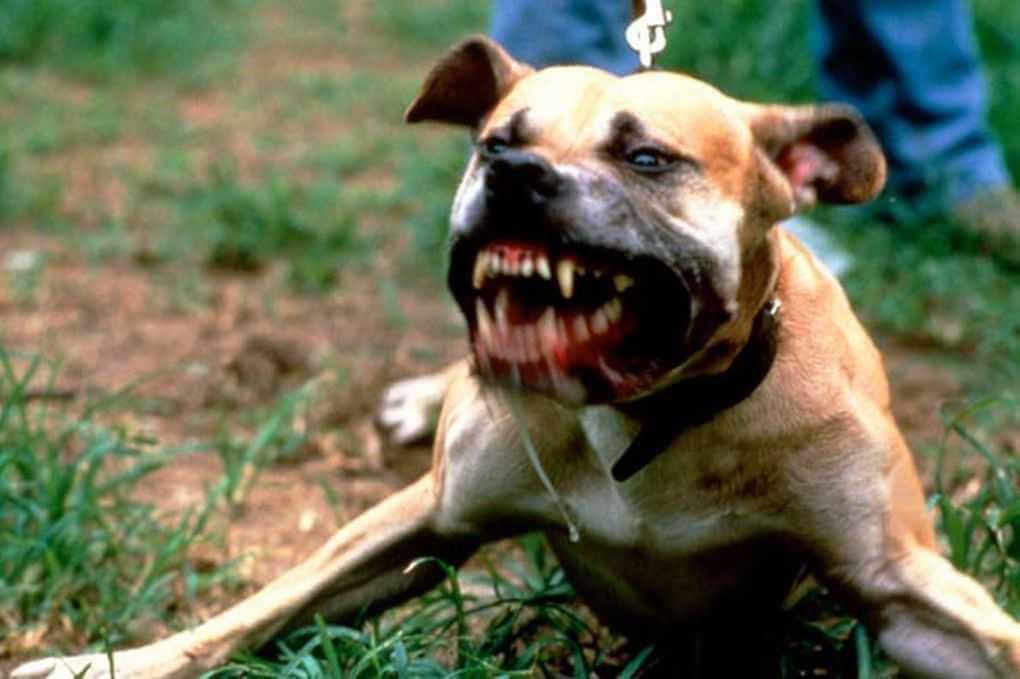 The first position in the ten angriest dogs on the entire planet is occupied by a pit bull. This is perhaps the most dangerous dog. It was specially bred for dogfighting in the United States. There are many conflicting judgments about it. Some argue that the dogs of this breed are loyal to the owner.

They are reliable protectors. Others believe that pit bulls, in fact, have excellent fighting qualities and, accordingly, are considered the most aggressive dogs. Dogs of these breeds are capable of attacking immediately. This is probably why they are forbidden to breed in many EU countries. However, in America and the CIS countries, the breed is still allowed. 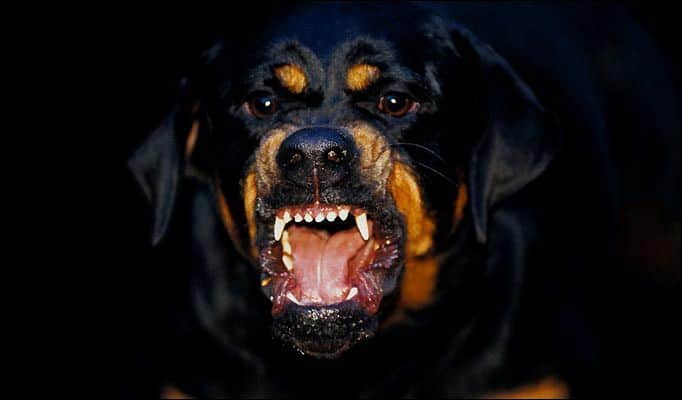 This breed is one of the most popular. Rottweilers were bred in Germany and are considered guard dogs. They are powerful, well-built, active, assertive, and courageous. They have very strong jaws. Their inalienable credo is the protector. Usually, these dogs, like many, are distrustful of strangers. Therefore, by right, this breed is on the top lines of the rating of angriest dogs.

After all, Rottweilers can only obey their master. And when it is in real danger, Rottweilers instantly turn into aggressive and like an angry animal. By attacking, it is capable of inflicting monstrous injuries on a person. 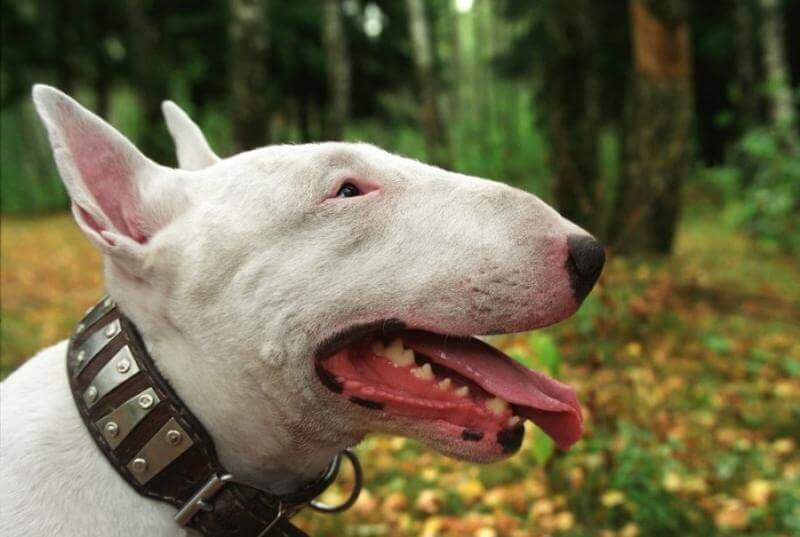 Bull Terrier means bull. This dog was bred in Great Britain in the 19th century. It has a frightening appearance (especially the head). It has powerful muscles and a strong jaw. The Bull Terrier truly possesses the so-called. “Stranglehold”. In fact, it is active, friendly, loyal to its owner, easy to train, but, unfortunately, outbursts of aggression are sometimes not controllable.

In addition, the bull terrier does not get along well with other animals. Therefore, it is no coincidence that this dog is at the top of the angriest breeds in the whole world. 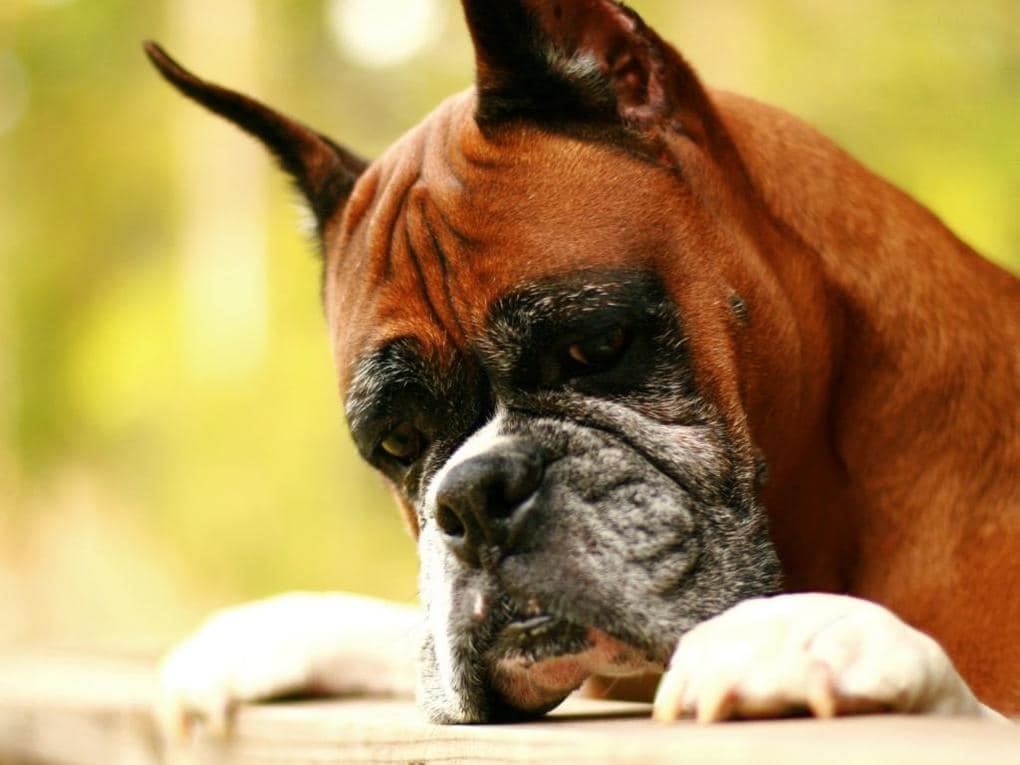 The ancestors of German boxers are the English Bulldog and Bullenbeiser, which, by the way, has long been considered an extinct species. In those days, cynologists wanted to create such a dog, whose jaws could easily dig into the flesh without releasing it. So, in fact, it happened. Initially, representatives of this breed were excellent hunters for bears and boars.

They say that some of them were even able to take part in battles with huge adult bulls. True, now these animals are relatively balanced, playful, devoted, and very fond of children. However, if they consider that strangers pose a certain threat to them and their masters, they will immediately defend themselves to the end with lightning speed. Boxers, by right, fall into the 4th position in the 10 angriest dogs in the world. 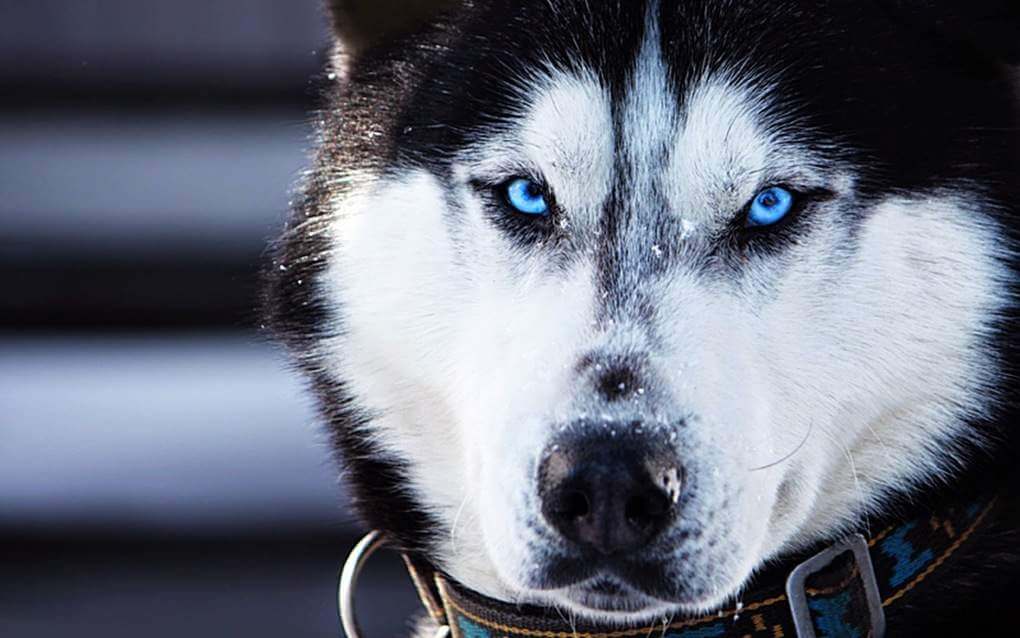 On the fifth position of the top of the angriest dogs in the world is husky. Initially, people used them for driving and transporting goods across the snowy expanses. But in the second half of the 20th century, dog handlers of the Soviet Union for some reason decided to exclude them from the register of northern breeds.

The further history of the husky moved to North America. At the moment, these dogs are completely non-aggressive. True, people who are far from working with them are afraid of them. Perhaps the fear is caused by the external resemblance to wolves. Be that as it may, the Siberian husky in certain cases is a real danger to humans. Moreover, these dogs cannot be trained. Only in the process of playing can you try to educate them. 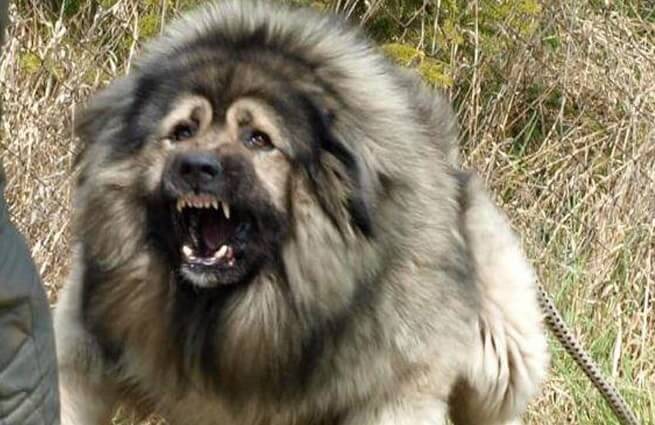 “Caucasians” are considered watchdogs, and the breed itself is one of the most popular in many countries. According to ancient legends, the Caucasian Shepherd Dogs first appeared on the territory of the ancient state of Urartu. Despite their menacing appearance and large stature, they are easy to train.

They are respected for their quick wit, excellent watchdog qualities, and amazing endurance. They are also wary of strangers and therefore pose a serious health threat. Therefore, getting this breed in the rating of the angriest and aggressive dogs in the world seems to be very reasonable. 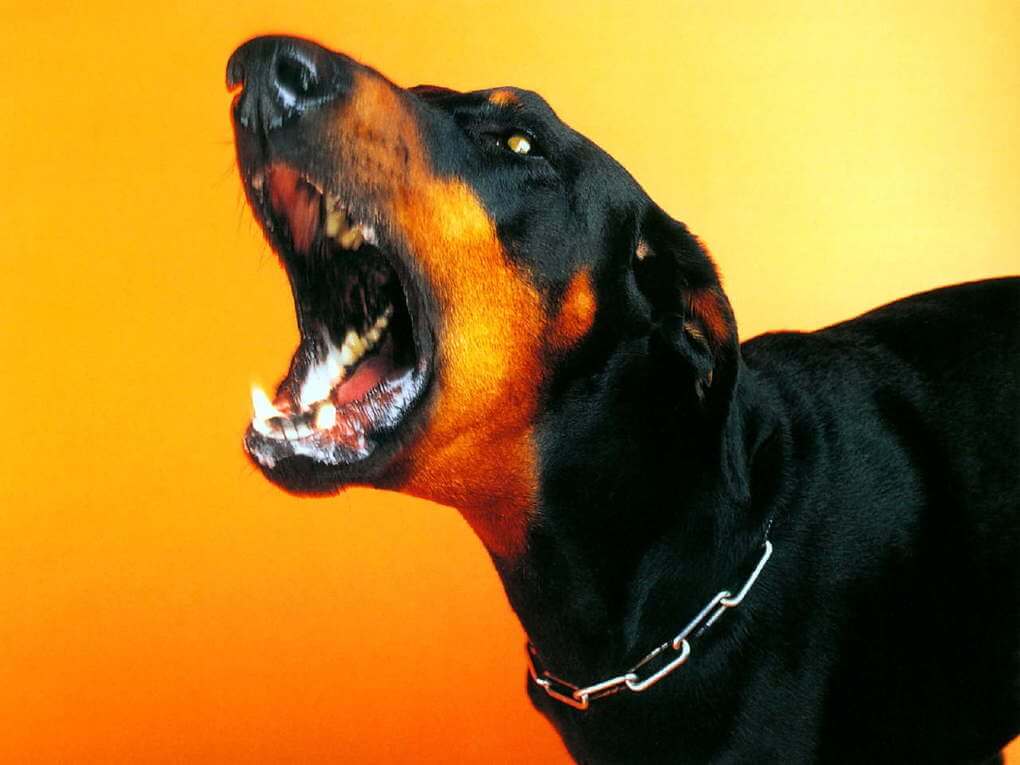 These dogs, bred in Germany, are considered watchdogs. They are excellent defenders of their owners and clearly understand when the owner is in real danger. However, these animals are aggressive towards other dogs or strangers. In the event of anger, they have an explosive temperament and are, in fact, a danger. 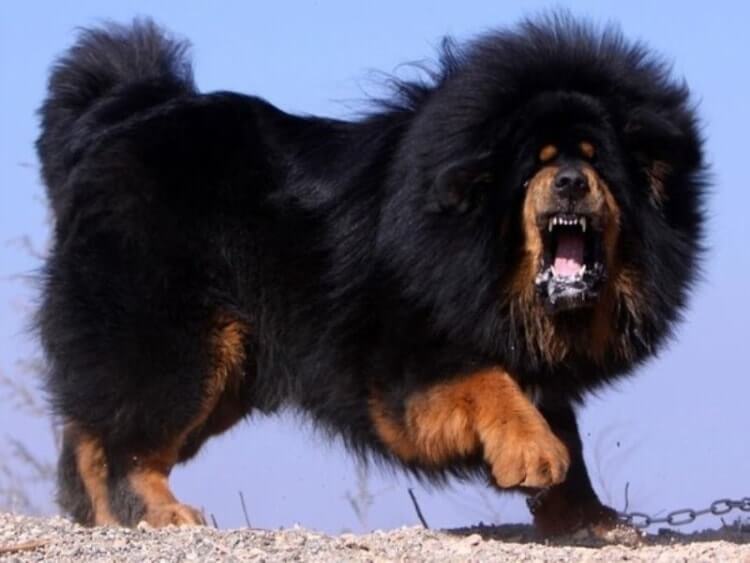 Outwardly, the Chow Chow looks like a very cute and adorable dog. It has, in principle, a melancholic character. Moreover, it is one of the angriest dogs in the world. Chow Chow dogs are suspicious of strangers. They also do not like it very much when strangers try to pet them with persistence. In such situations, these animals can be irritable. As for their right to food, they can clearly prove their aggressiveness. 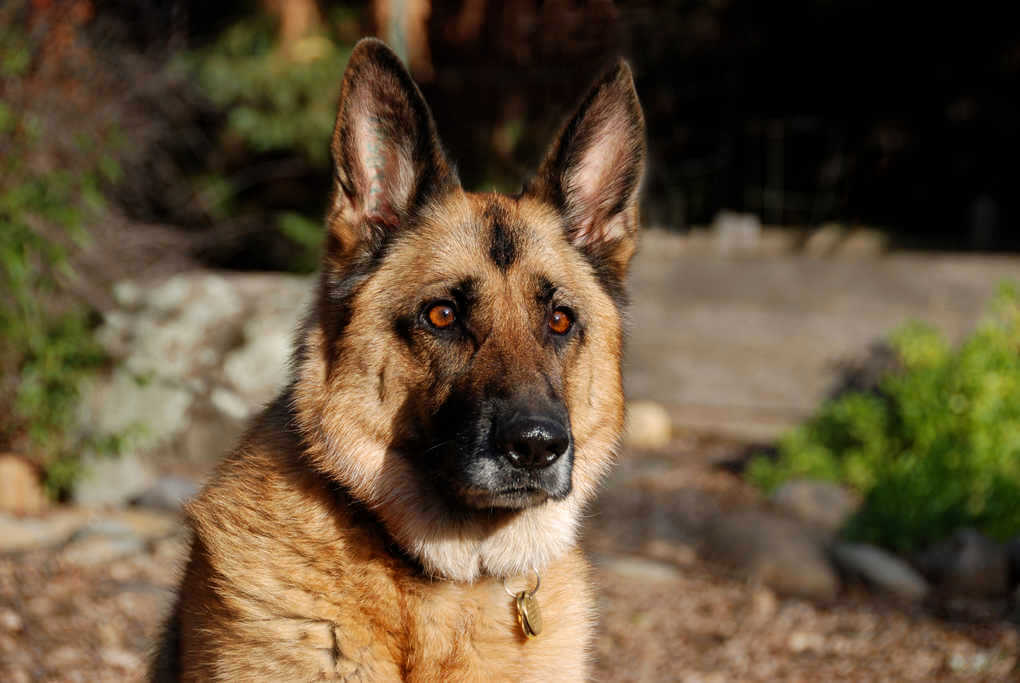 This breed is very famous. Perhaps its popularity is directly related to the famous American motion picture called “K-9: Dog’s Job”. German Shepherds are considered excellent companions and guards. They are also among the smartest. True, experienced dog handlers claim that these dogs are not always ready for obedience because of this. Therefore, they are capable of causing significant damage to humans and, by right, are among the ten angriest dogs on the entire planet. 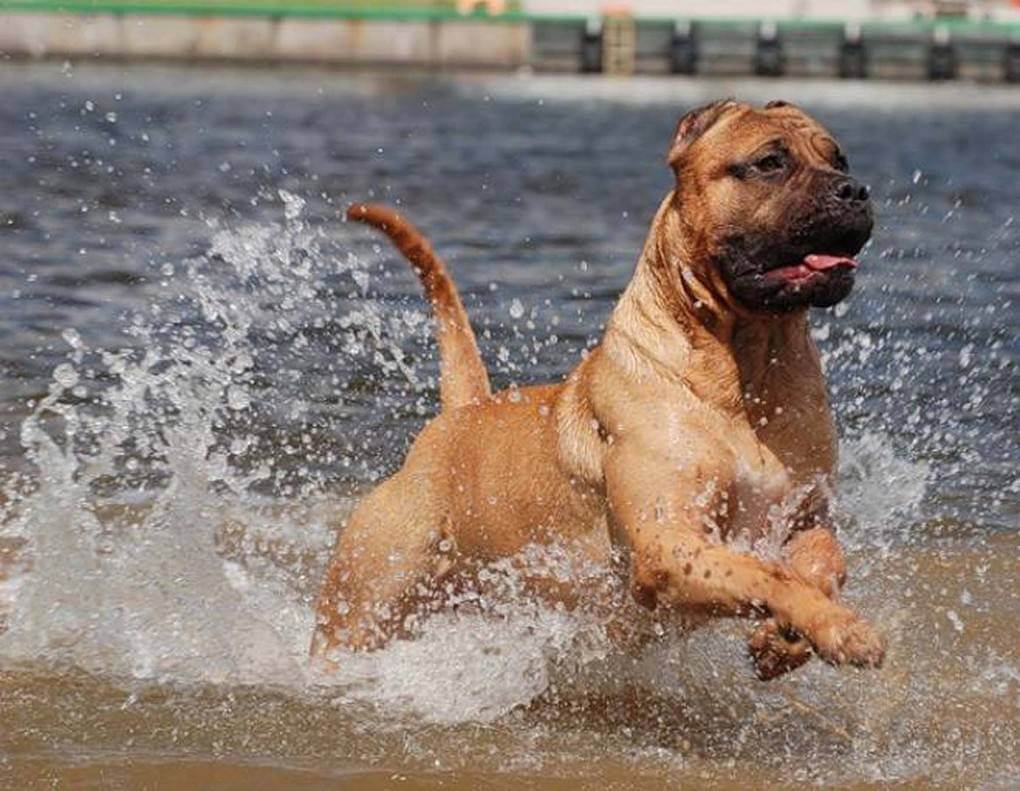 This angry dog is considered a shepherd and watchdog. It has a very strong physique, as well as a menacing appearance. Despite this, it is not as aggressive as it seems and is quite level-headed. The Great Dane is seriously attached to its owner, but it is wary of strangers. When there is an immediate threat to its owner, this dog immediately rushes to its defense.

In conclusion, it is worth recalling that the top 10 angriest dogs’ ranking in the world is, perhaps, rather controversial. After all, the main reason for the aggressiveness of dogs depends only on improper upbringing. In one word, if a person does not devote enough time to a pet, it will definitely become dangerous. And this is probably the most important thing.