Volvo S90 Ambience Concept takes you from the city to...

Volvo S90 Ambience: A big, crowded, noisy city. Get in the car. By slamming the door you cut yourself off from all this hustle and bustle. Suddenly you are in the middle of a quiet, quiet forest, even though the car has not traveled even a meter. This is the vision of luxury according to Volvo.

The vision of the future should be added because the Volvo S90 Ambience presented at the end of the name has the addition of Concept. But there is nothing to prevent you from believing that car interiors will look like this in the future. Especially those autonomous, where the observation of what is happening around us, can be simply unnecessary and tedious. 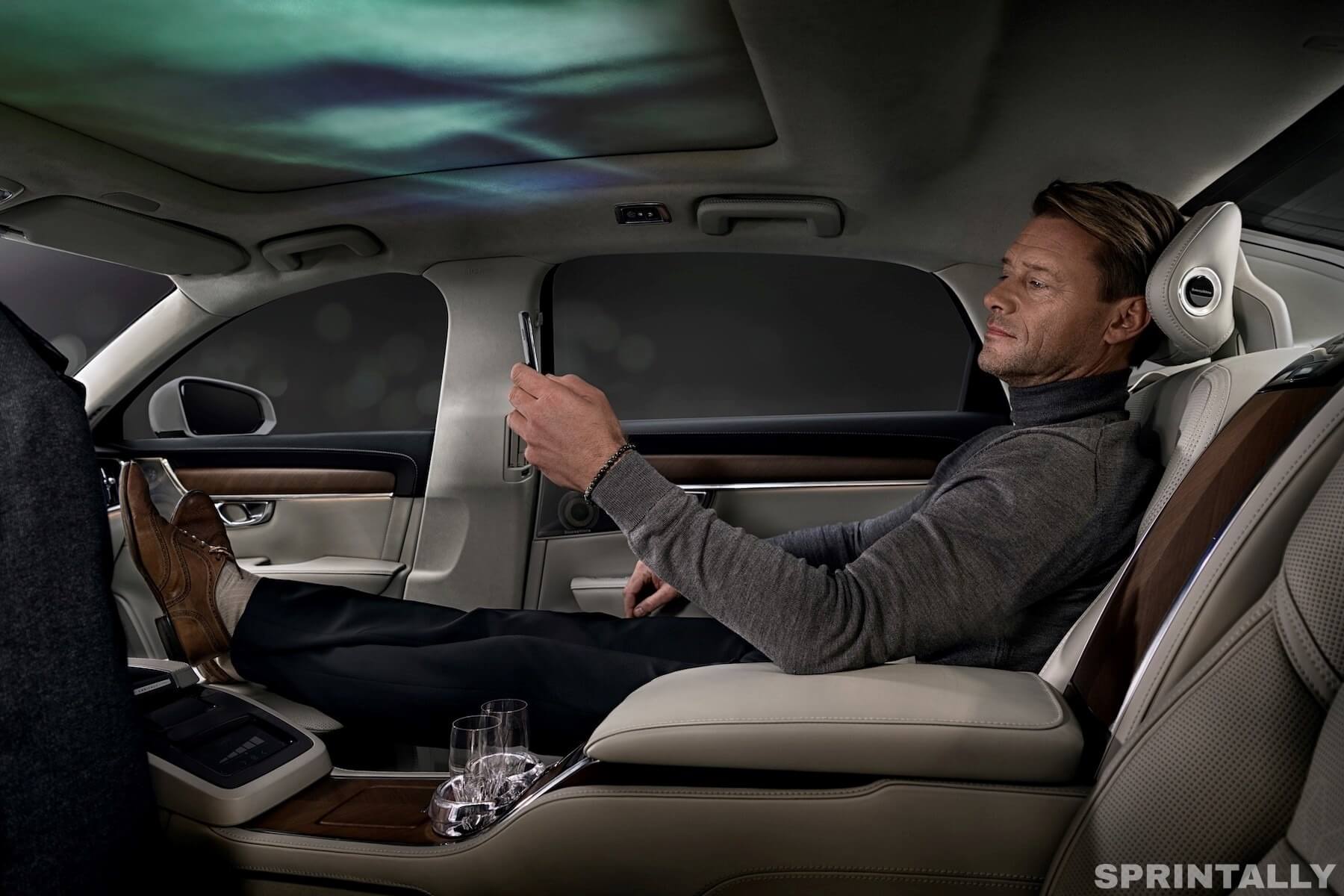 At first glance, the S90 Ambience Concept can be confused from the outside with an ordinary S90, while from the inside – with a three-seater, an ultra-luxury variation of Excellence. However, this is only a semblance – Ambience Concept focuses not so much on the space for passengers or the interior finish, and – as the manufacturer says – on sensations. 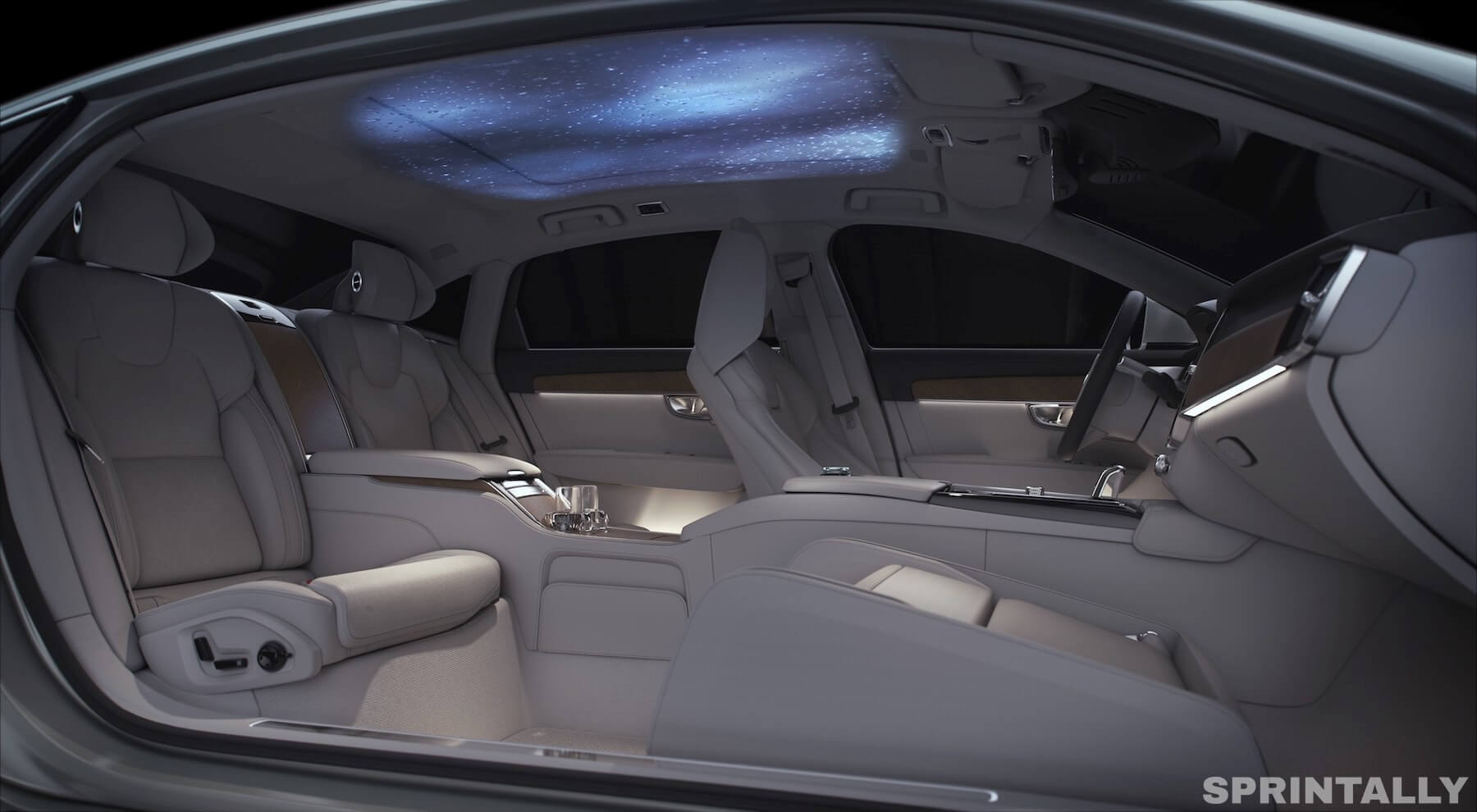 Volvo in its latest project has decided to combine three elements. The first – and probably the most spectacular – is the projector (unfortunately, there are no details about it), displaying on the headliner one of the seven topics selected by the user. Do we want a ride in the  Scandinavian forest? No problem. We want to feel as if we were carving through the calm, soothing rain? And why do we want to admire the northern lights, sitting comfortably in the back seats of the S90? Everything can be done. 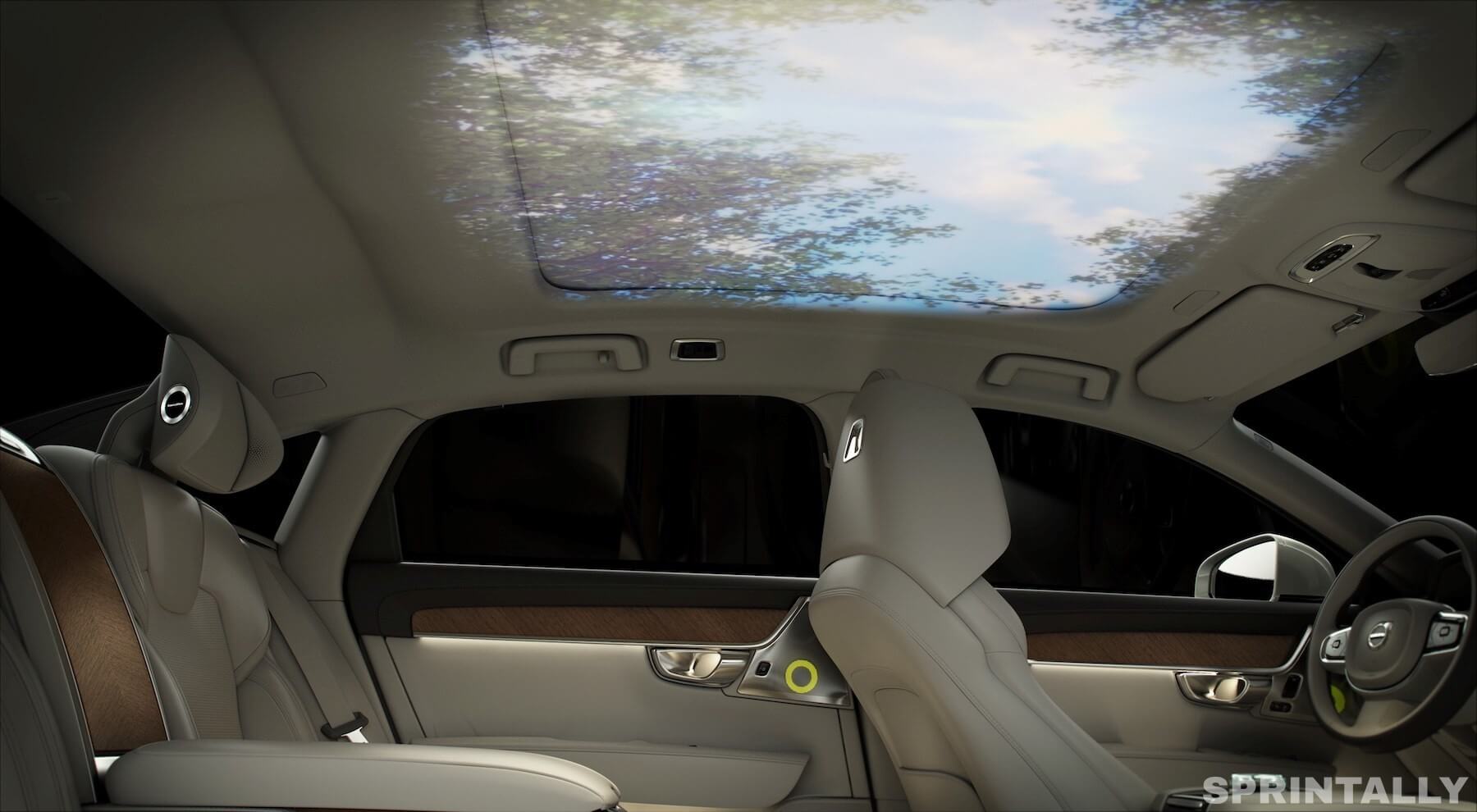 The visual experience, however, is not enough. Therefore, the Swedes modified the S90 sound system, adding additional tweeters in the backrests of the seats, in which undoubtedly the owners of such cars would travel. 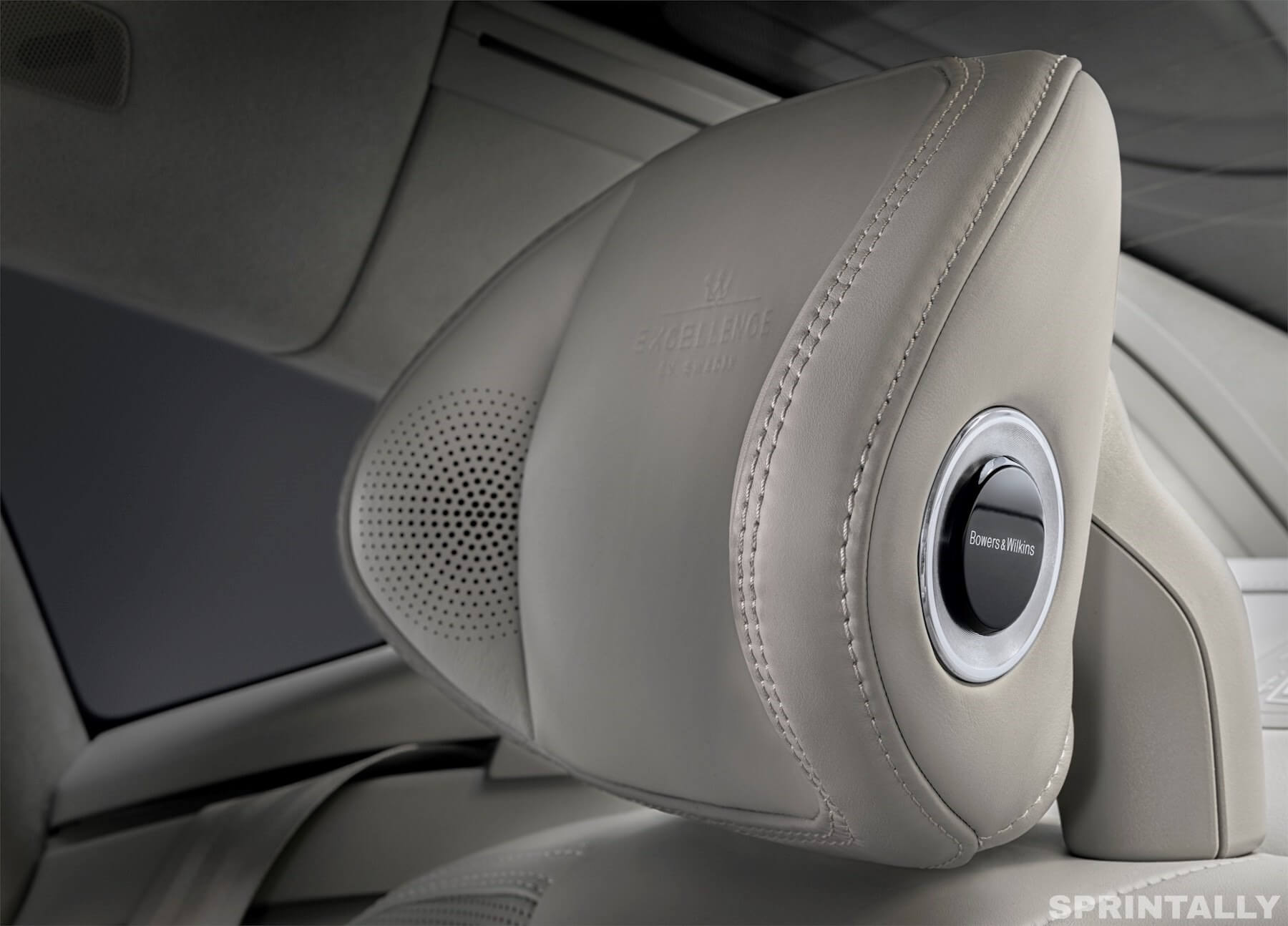 The sound coming from the onboard audio set would, of course, be adapted to the topic displayed on the headlining.

Visual and auditory experiences would be complemented by a fragrance experience. Each of the available themes would be related to one of the four fragrances that fill the interior of the Volvo S90 Ambience Concept. 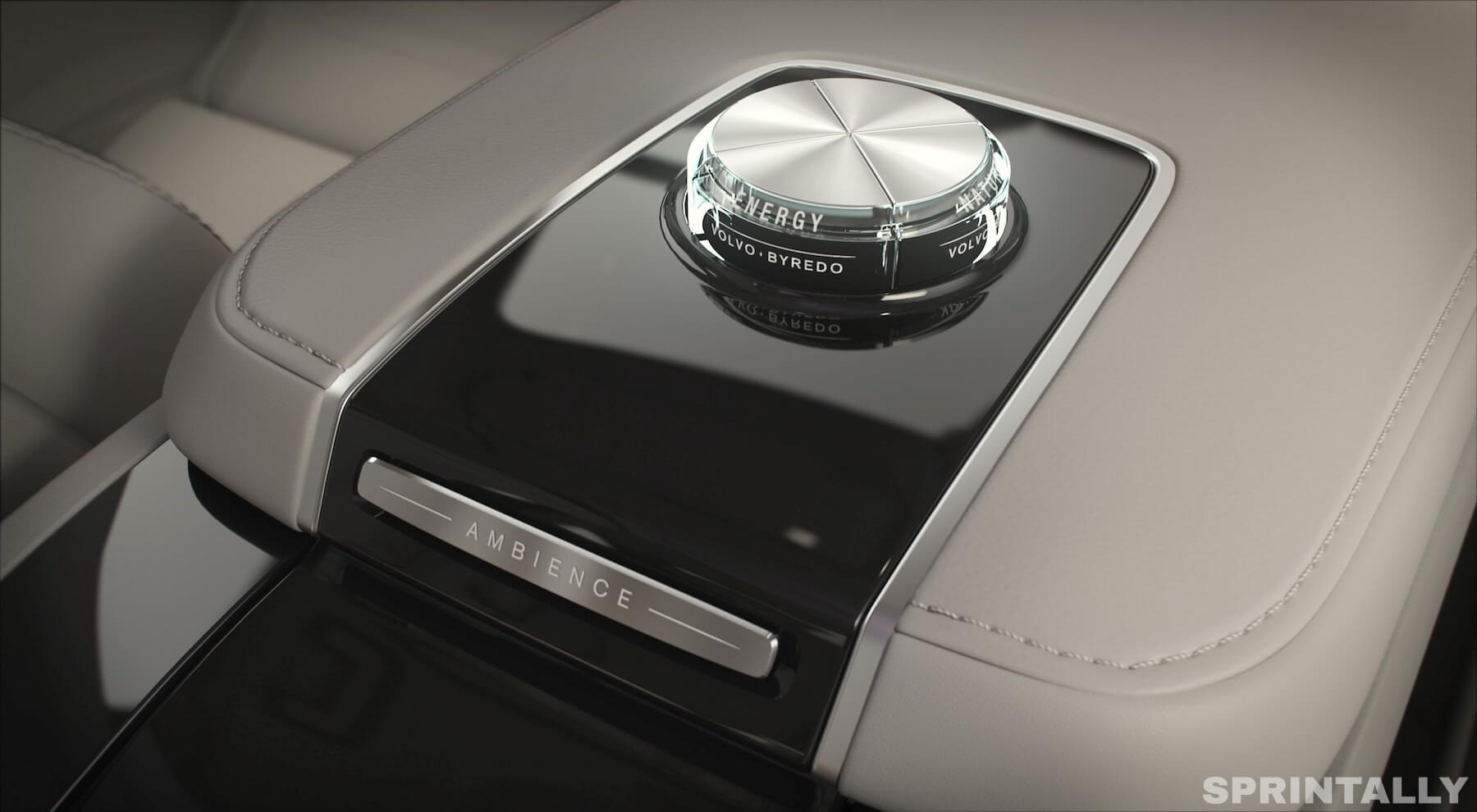 Controlling the entire sensation system would be done at the smartphone application level. One click – we admire the northern lights. The second click – we drive through the forest and enjoy the (displayed) rays of the sun. While outside the window rages and makes a giant city noise. 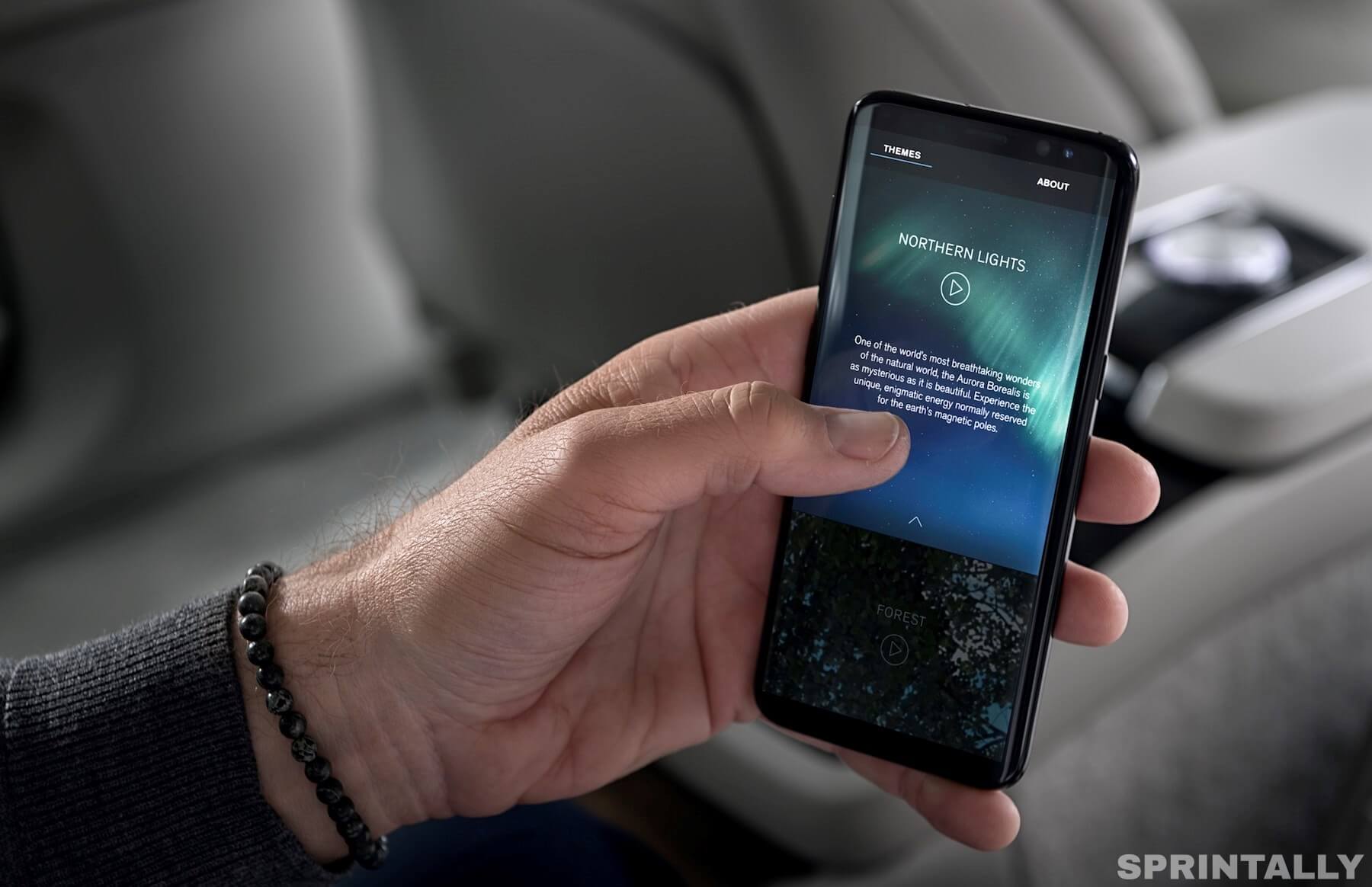 It is not out of the question that the S90 Ambience Concept will go into production one day. Volvo points out, however, that this is a project created mainly for the Chinese market, which is the largest market for Swedish, large limousines. Probably, however, in Europe, there would be a lot of people willing for such an unusual car.

Indeed, Mercedes in the S class also offers a similar solution, hiding under the name of Energizing, and using even more systems (including massage in chairs). Only there was nobody thinking about the projector.