The tallest people in the world: Top 10

Tallest people in the world: According to statistics, the average height of a man in the USA is 176 cm and women are 168 cm. People whose height exceeds these indicators are considered high.

Often the cause of high growth is pituitary dysfunction, which continues to secrete growth hormones throughout a person’s life. This condition is called acromegaly. Almost all of the highest people in the world included in our rating suffered from it. Various videos show how hard it is for them to move (many do it with a cane or crutches) due to disproportionate height and weight. Well, mother nature doesn’t ask if the giants want popularity at that cost.

It is noteworthy that none of the tallest women on the planet was on this list.

This is the list of tallest people in the world: 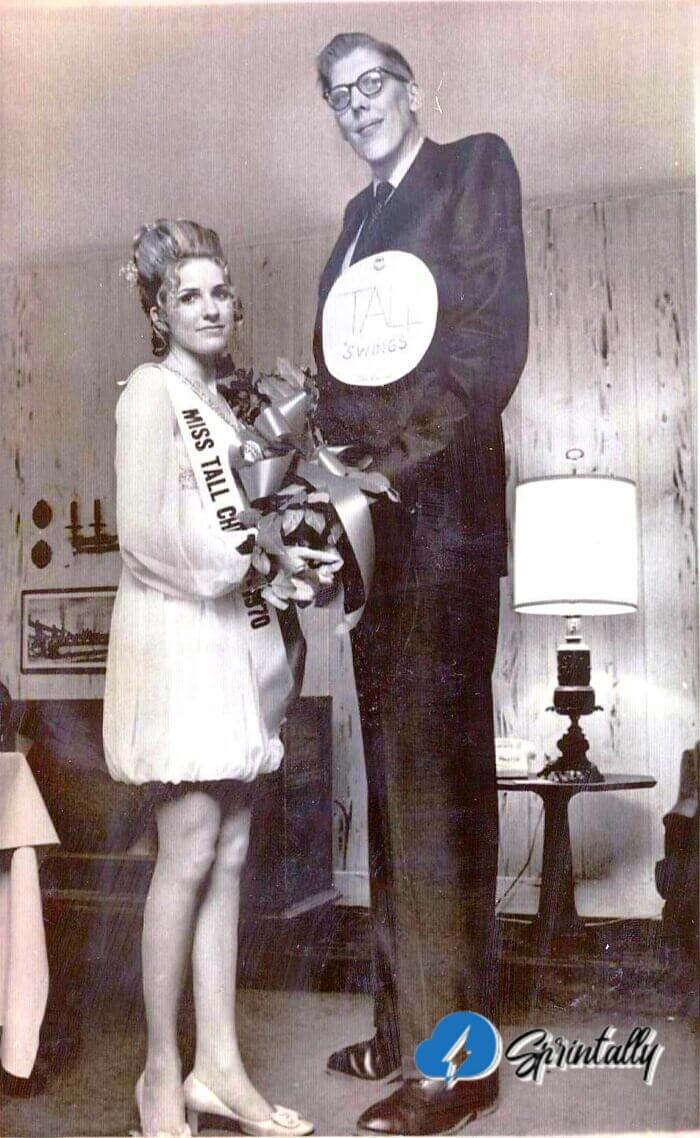 One of the tallest people on the planet, Bernard Coyne, was born in America in 1897 and immediately began to grow. According to eyewitnesses, at the end of his life (and she was short, 23 years old), Koyne was 254 cm tall. Although in the draft card he was “only” 236 cm tall. 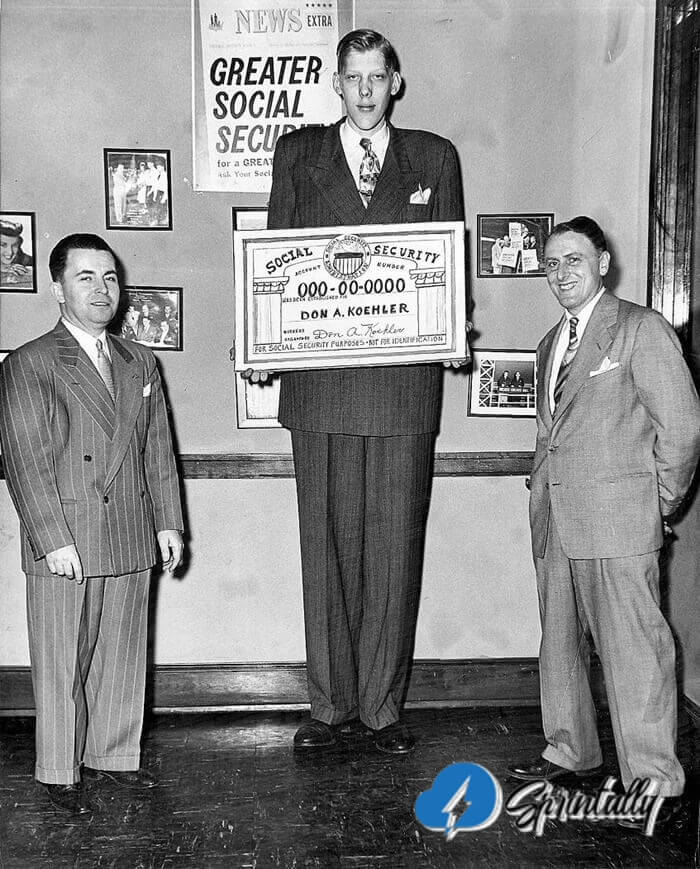 Donald rested on the laurels of the tallest man on Earth, from 1969 until his death in 1981. His height was 239 cm. It is interesting that his twin sister was of normal height – only 175 cm. For some time Don appeared on the show, but the skeptics’ constant desire to prick him with pins to check if he was on stilts forced him to leave the scene. Later, he successfully worked as a salesman and died at the age of 55 from a heart attack. 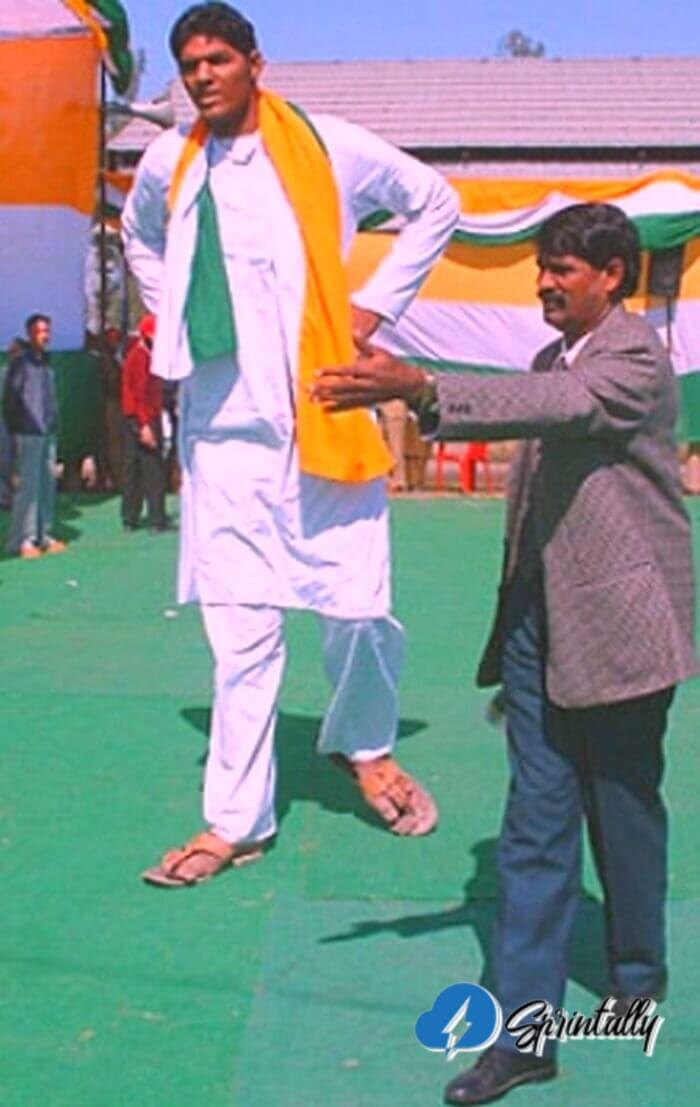 Unlike people in the 10th and 9th position of the rating, Vikas did not seem to have acromegaly. Judging by the photo, it was proportionally complex. Vikas, whose height was 251 cm, was the tallest man in India. He died in 2007 at the age of 23 from an unsuccessful operation to remove a tumor in the brain. 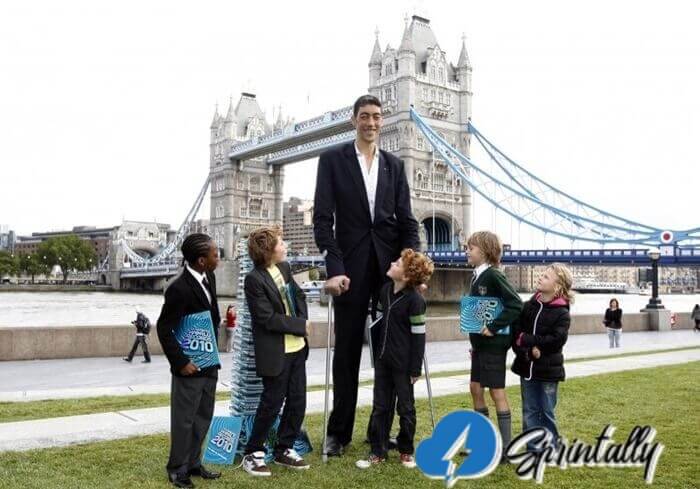 The Sultan is officially recognized by the Guinness Book of Records as the highest living person. The tallest man in the world is 251 cm tall. Currently, he lives in Turkey, is engaged in farming and recently married a woman who is waist-high.

The constant growth of the Sultan due to increased activity of the pituitary gland posed a direct threat to his life, but doctors from the University of Virginia managed to stop him with hormonal therapy. And now the only inconvenience that the giant is experiencing is the need for individual tailoring of shoes and clothes. 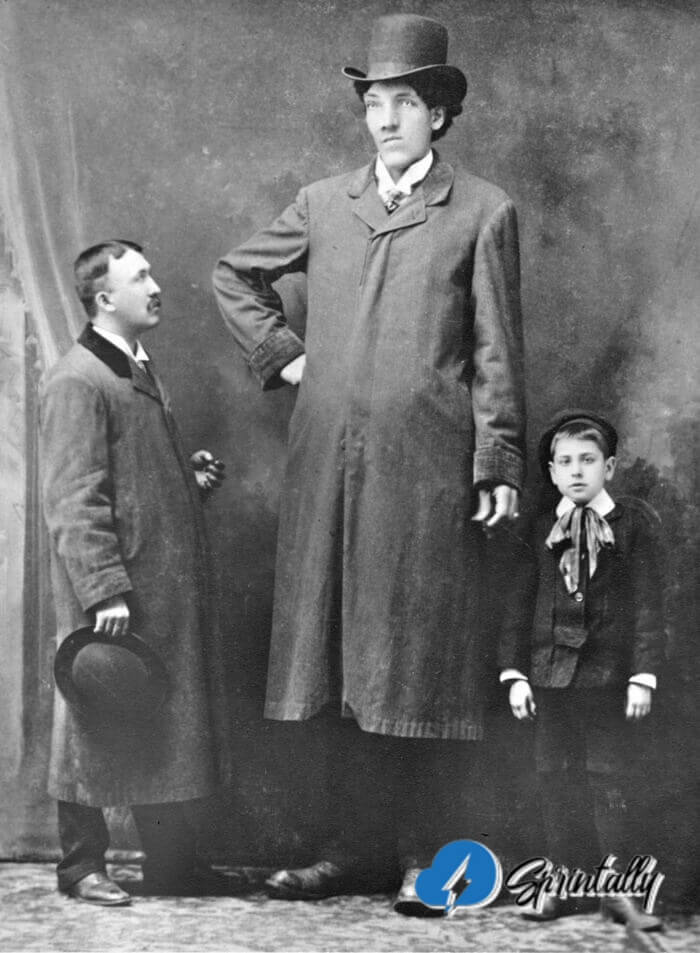 Eduard had to abandon his dream of becoming a rider when his height at 17 exceeded 215 cm. He began to earn a living in a circus show, where he bent iron beams and wore horses on his shoulder. Edward died in 1904, and at the time of his death, his growth was 252 cm. The body of the giant, at the request of the owners of the circus, where he performed, was embalmed, then demonstrated at the University of Montreal. And only in 1990, it was cremated, and the dust was scattered near his hometown. 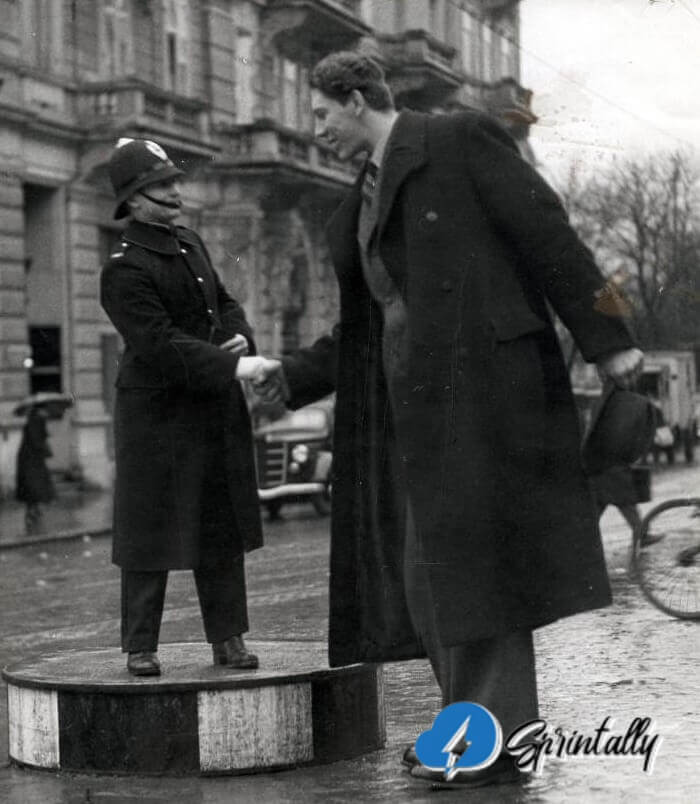 Väinö was considered the tallest man in the world for only 2 years, from 1961 to 1963. Then his growth reached a mark of 251 cm. At 20, Vaino’s growth was “only” 220 cm, which allowed him to serve in the army, despite acromegaly and the attendant problems. He managed to fight in the war between Finland and the USSR in 1939, and at the end of his life, he took up the farm and raised chickens. In history, he took the place of the tallest soldier. 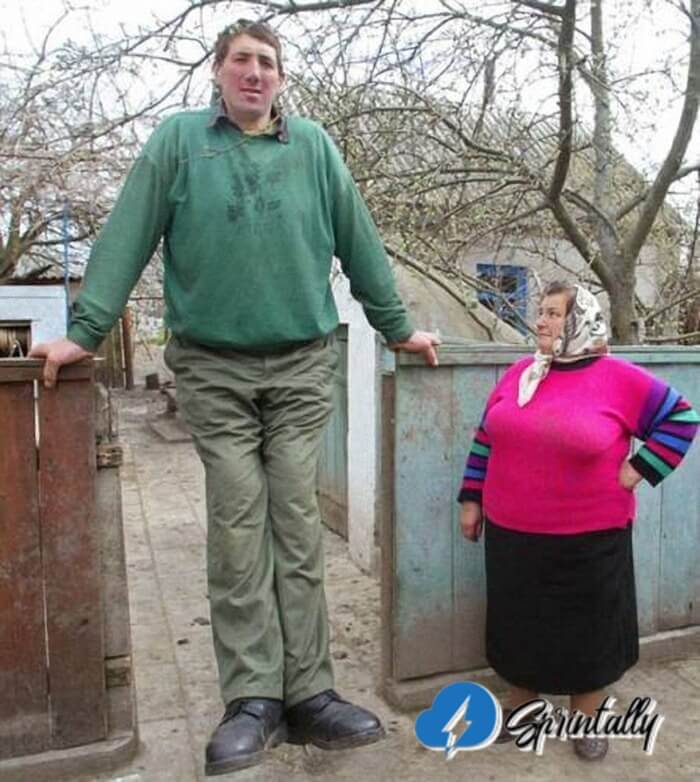 Leonid’s gigantism is not congenital, but acquired – it began to grow after a brain surgery that was carried out at the age of twelve years, as a result of which a pituitary tumor developed. Stadnyk did not want the hype around his name, so for a long time refused the services of representatives of the Guinness Book of Records. According to some reports, its growth was 253 cm. In 2014, Stadnik died of a hemorrhagic stroke. 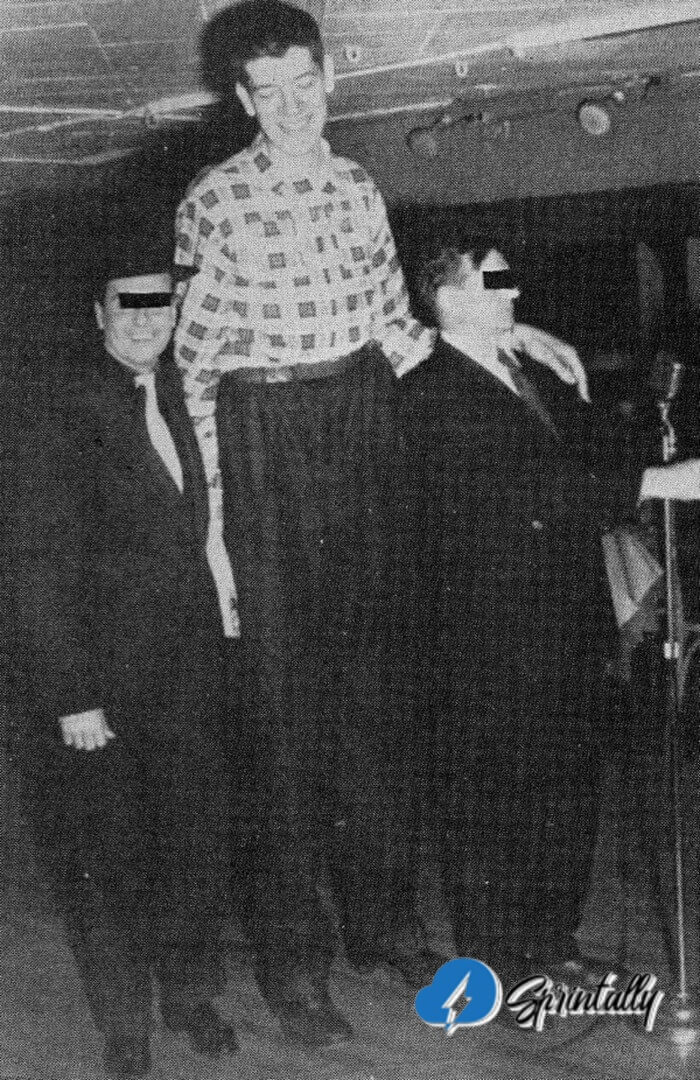 John suffered from curvature of the spine, therefore, according to measurements, his growth was 244 cm in 1959, however, given the distortion, he could be 264 cm. John continued to grow until his death; allegedly, in one year he grew by as much as 17.78 cm. He died in 1969. 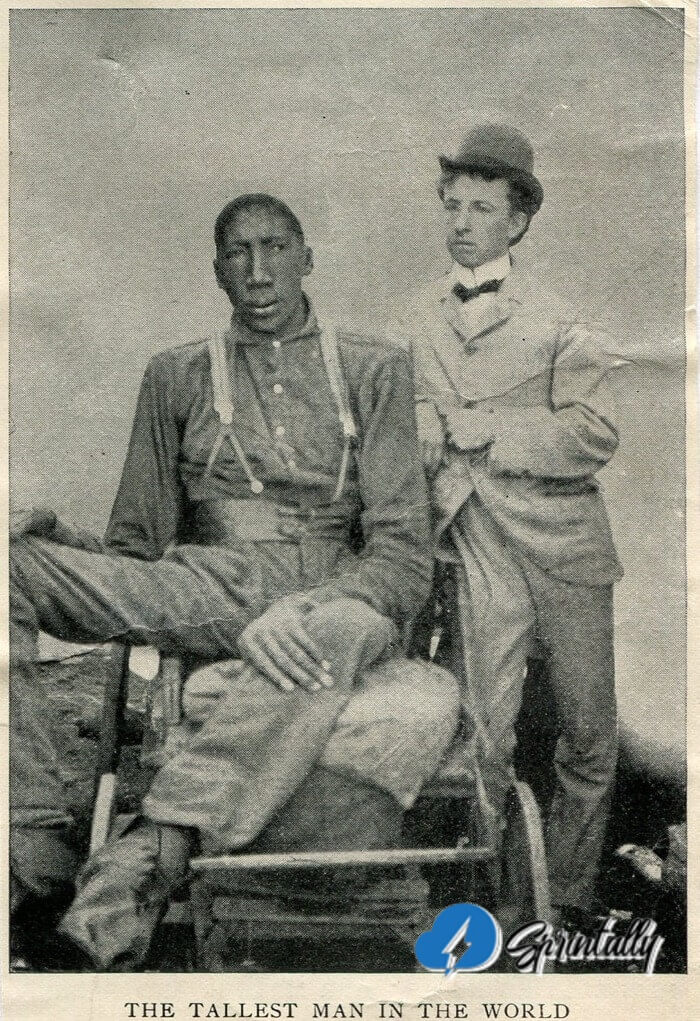 The only African-American giant in the top 10, born in the United States in 1865. He began to grow at 13 years old and grew to the very end when his growth was 267 cm. All his life he suffered from ankylosis and at the end of his life, he was forced to move on a cart. John made money by trading his own photos at the train station. He was buried in a single block of concrete to prevent the curious from digging out the corpse. 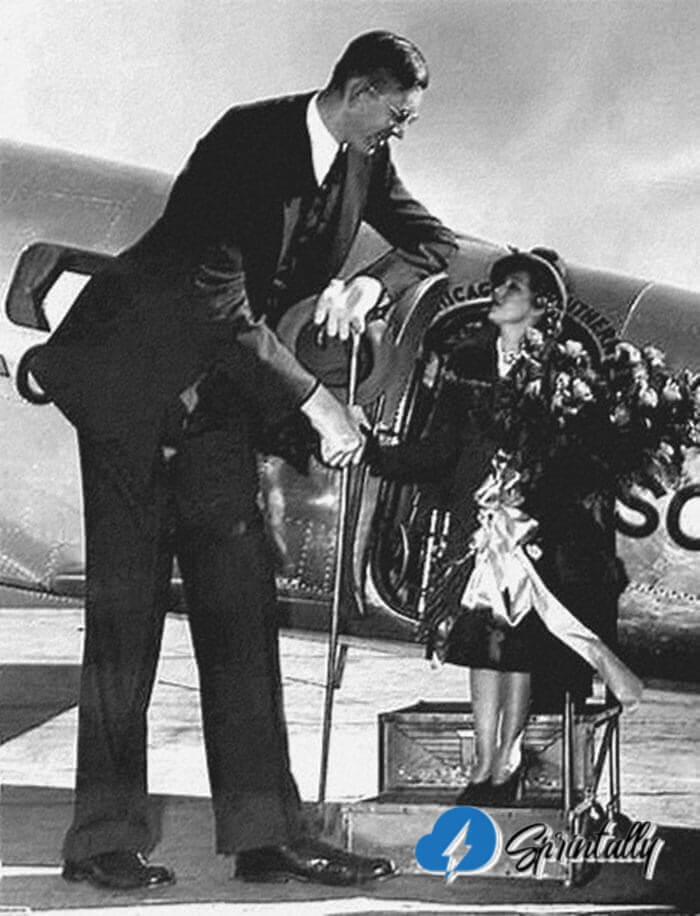 The tallest person in history whose growth has been documented is Robert Wadlow. His height reached 272 cm, and body weight – 199 kg. The largest man in the world continued to grow, and who knows what heights would have reached if it had not been for the death in 1940 from infection.