The Internet 20 years ago

Internet: It would seem only 20 years old, and how things have changed. The author of this article writes these lines with a compact laptop (although there are devices and less), the data stored in the cloud, and on the Desk with no wires. At the beginning 2000s, it was quite otherwise.

Contents of the Article show
The dimensions of the devices
The speed of access to the Network
PPPoE to the masses!
WinAmp was our everything
The appearance of sites
WhatsApp, Viber, Skype??? ICQ!
Mountains CD
The lack of social networking

The dimensions of the devices

But given the price tag, the lucky owners of such portable devices were few. The others were content with a computer Tower (horizontal to 2000th already out of fashion) and with creaking floppy drives that time it was still relevant – after all, the stick is still not widespread, and the need to carry small amounts of information were still. More capacious were recorded on CD. 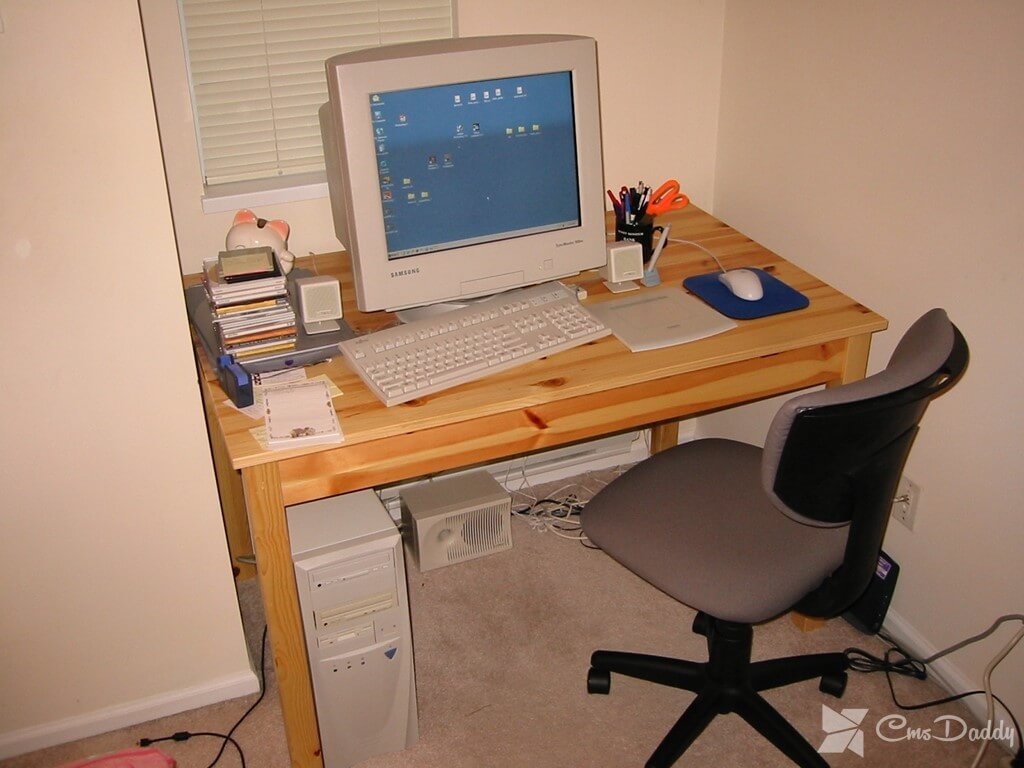 The typical workplace in the early 2000s: pay attention to the number of circuits

But the worst was not even the appearance of the workplace and the access speed to the Network. At that time the Internet was used by modems. Those who are now 20 years old, never even seen these devices and I don’t know why they are needed.

The modem connects to the Internet through a regular telephone network. Happiness was if you achieved a stable connection speed of 33.6 Kbps – given the quality of our telephone networks. Has happened and breaks the connection. They, of course, were annoyed the most because the modem had a “call” to the server provider, and there could be “busy”. 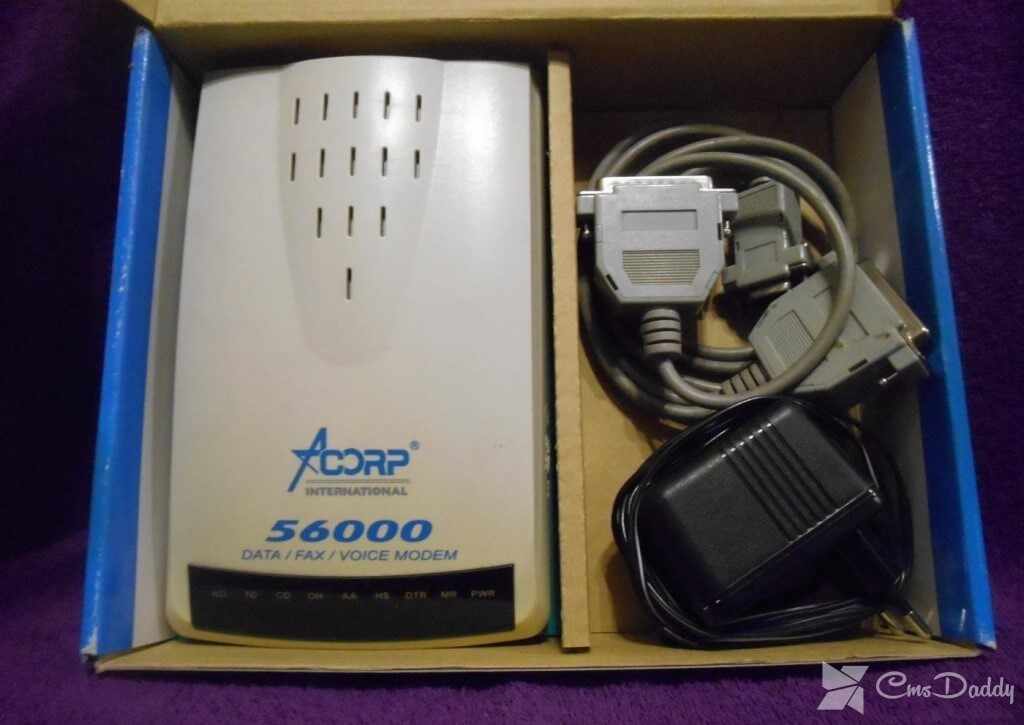 To pay than had not only the Internet, but the phone is charging in the telephone networks were already per-minute. For the sake of the economy, users had to connect and disconnect again. “Walked” on the Internet received the mail and opened a few pages you are interested in, disconnected, and I read it all… When the city appeared the provider with a callback – he became the undisputed leader as the provider himself to you back, and the fee for incoming calls are not charged.

PPPoE to the masses!

Given the speed of data downloads, favorite music rocked for hours about movies we are talking already about to the 2005 year, when providers began using PPPoE and access speed has increased to a dizzying 1 (one!) megabits per second! Then there could be and movie download. As a rule, on the basis of the home server provider of the formed film library with native server downloading data was higher than that with the third party, and this reduced the load on the external channel of the provider. Then cool was not the provider with a callback, and the provider with a good film library.

WinAmp was our everything

Now listen to music mostly online. There are many services that allow you to listen to your favorite songs, forming playlists – take the same Facebook. But 20 years ago the music is downloaded to the local hard drive must have to listened via the WinAmp player at that time. 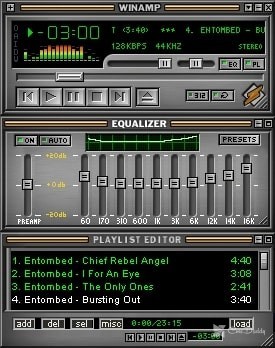 The appearance of sites

Now one site is better than another, pay great attention to usability, design, etc. Earlier all this was not. Valued content rather than visual design. However, you yourself can see how the sites looked at the time. Just go to web.archive.org and enter the address of the website you are interested in, then pick the year. So it looks the Microsoft website in January 2001: 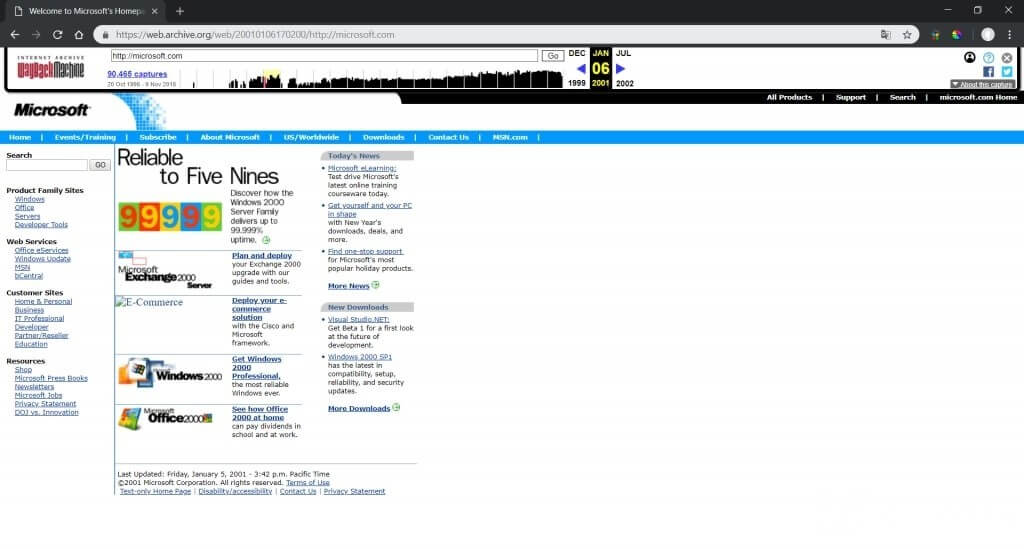 A variety of different instant messengers have led to what is now on the phone (I’m not talking about the computer) installed 3-4 of the messenger. For example, now I have WhatsApp, Skype, Viber, and Telegram. Then all this was not. But was one messenger – ICQ (if anyone remembers it alternative client no ads – Qip). And it was easier. 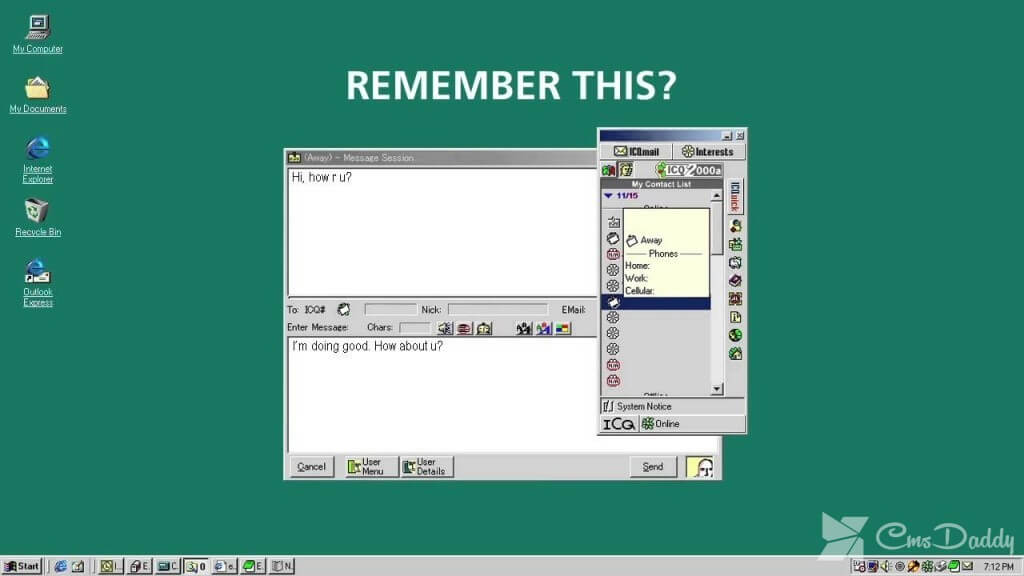 As noted earlier, download speed information was too low, so users have formed the archives with all the interesting “stuff” – programs, articles, books, movies, music. The screws were also not dimensionless, so all that stuff was recorded on CDs – at 650 MB each. Was also popular here are the shelves for CD:

The lack of social networking

Social networking almost was not. Facebook appeared in the 2004 year, but became popular later in the decade, but began to work with 2004 but popular domestic users he did not use. But it was popular in all sorts of chats and forums of interest. Here it was held the lion’s share of time in the Network.

As you can see, the Internet some 15 years ago was very different. Have someone written here will cause nostalgia, someone the horror. But history’s not going anywhere.