The Gornaya Shoria megaliths: the construction of an ancient civilization...

The theme of megaliths in Gornaya Shoria very popular among bloggers, lovers of mysteries, and historical sensations. The stories about these objects are often flavored with such epithets as “mysterious”, “ancient” and “unexplained”, and also mentions that scientists at the sight of these objects were stumped. We tried to figure out what is so mysterious found in the mountains of the Kemerovo region the lovers of sensationalism and screaming headlines. 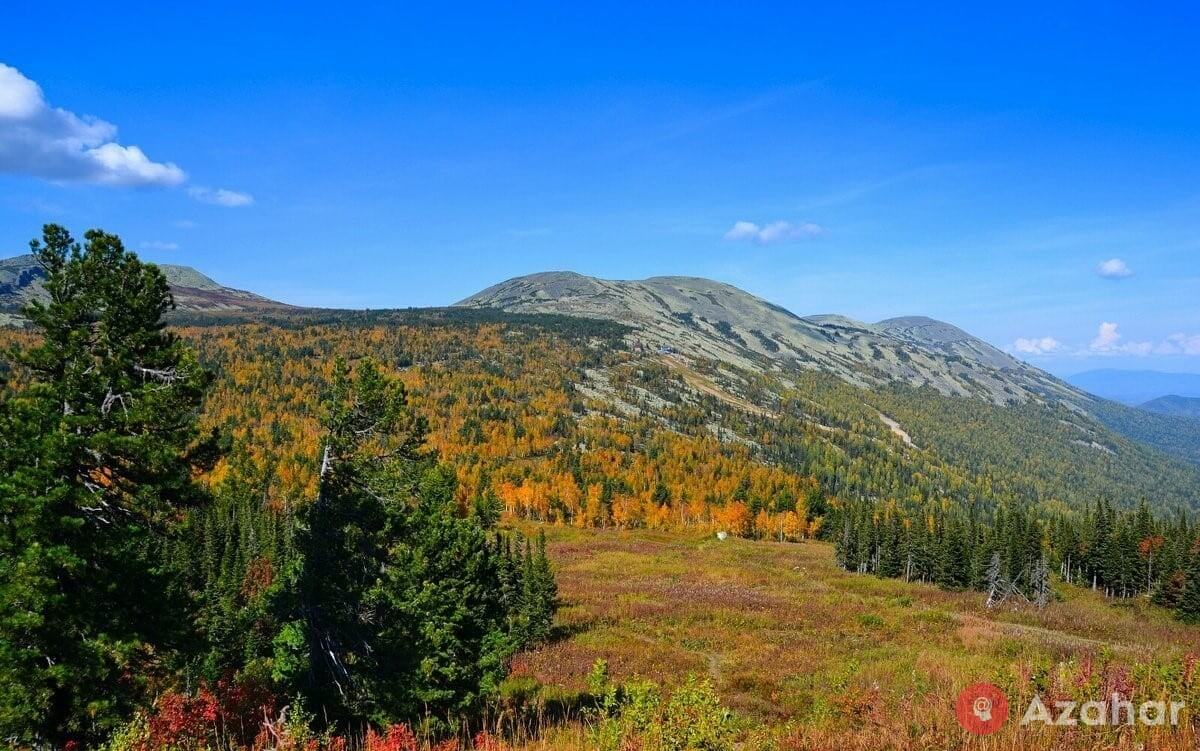 Mountain Gornaya Shoria is a mountain region located at the junction of the Altai and Kuznetsk Alatau. The absolute height of the terrain in this region is in the range of 600-1600 meters. Untouched nature, clean air, and beautiful scenery made this place very popular among tourists. Known far beyond the region’s Sheregesh ski resort is also located in the Mountainous Shoria.

In the publications of the megaliths in Gornaya Shoria appears, as a rule, this set of photos which represent the types of Colum-Suraksha structure. 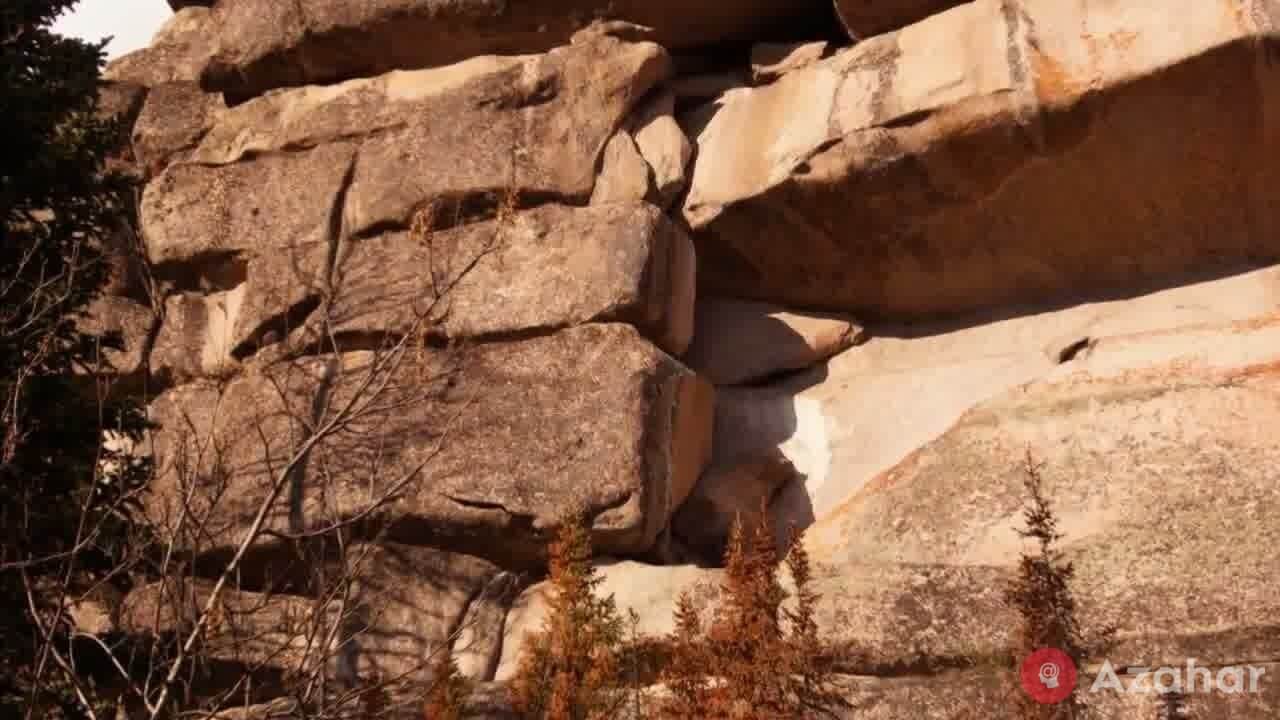 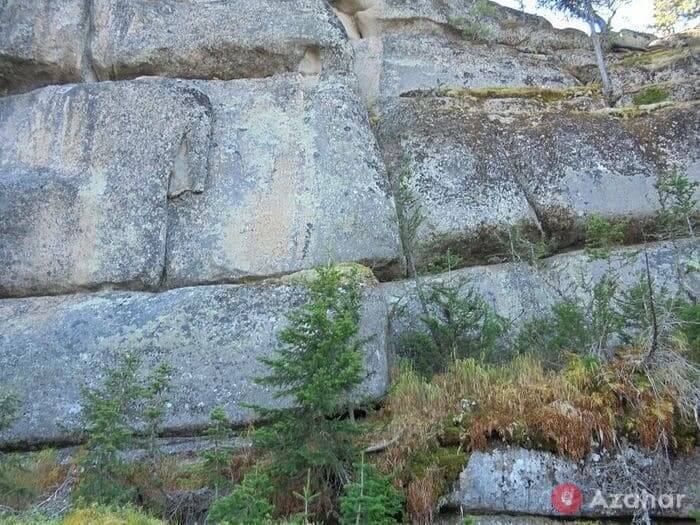 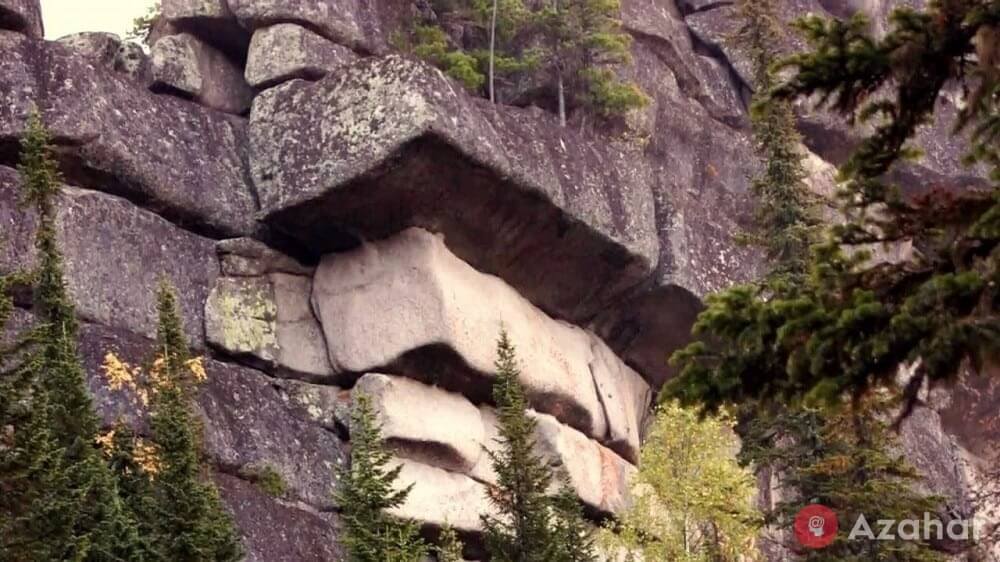 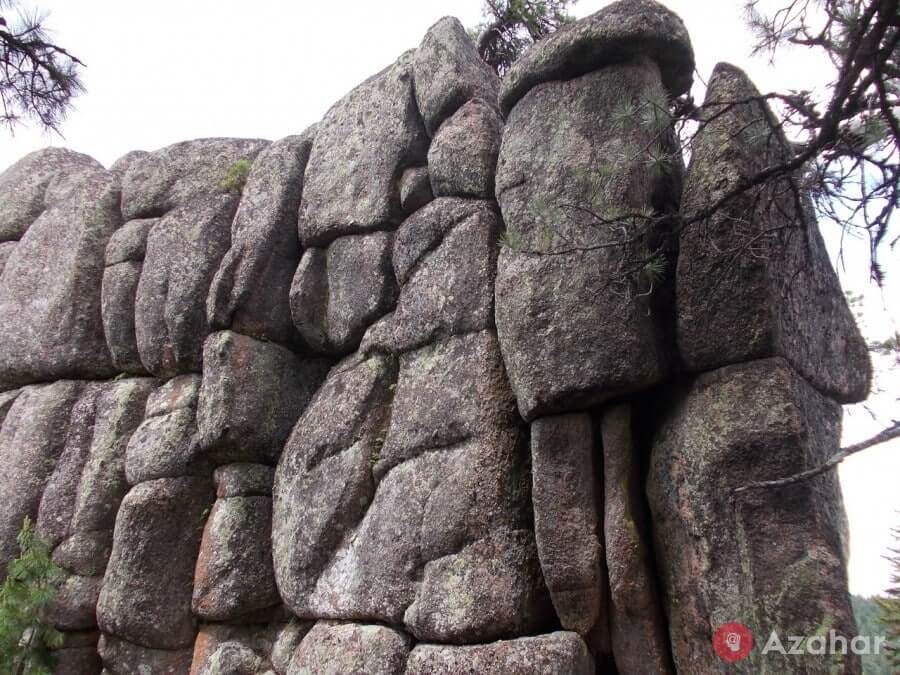 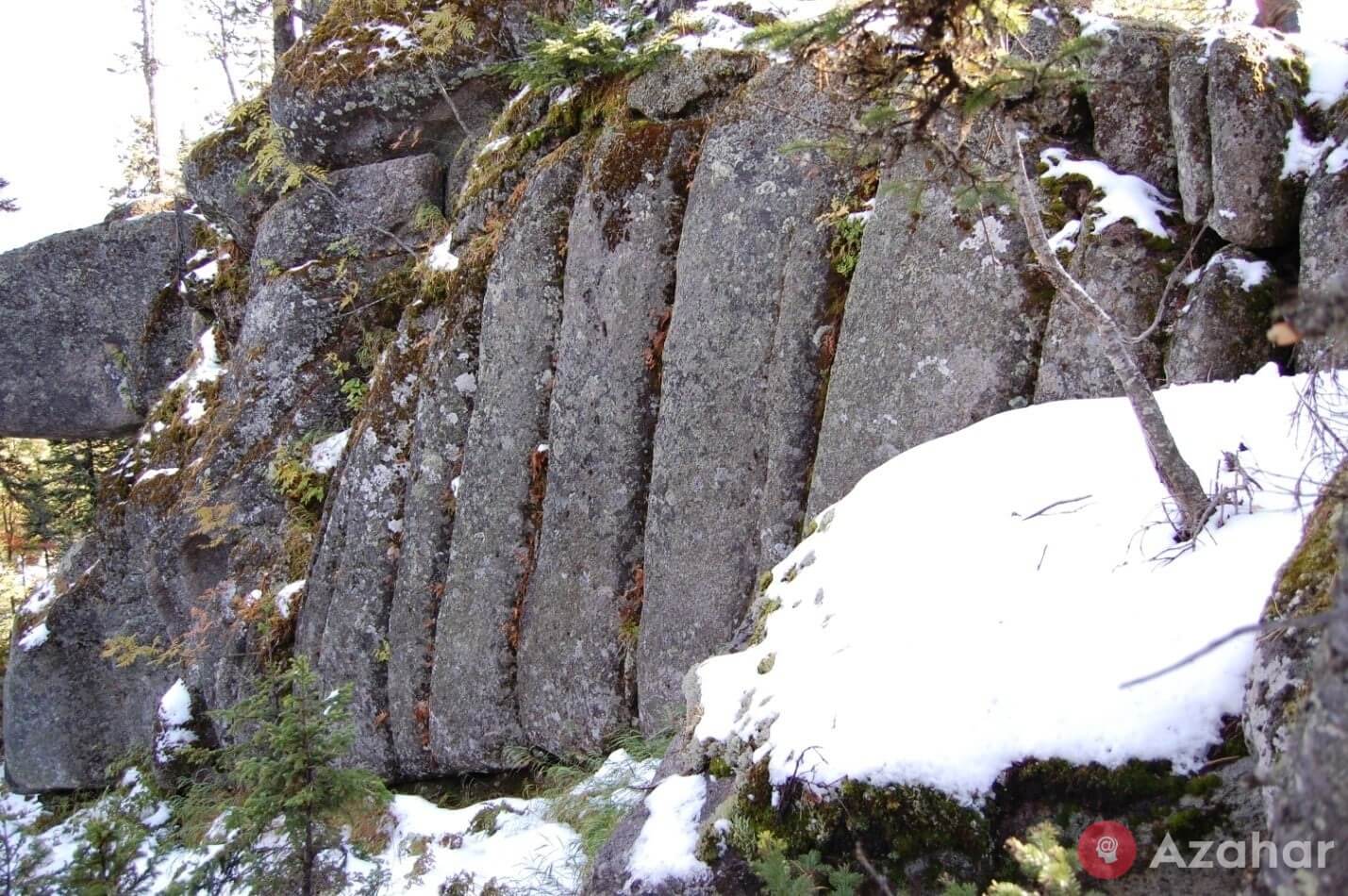 Proponents of man-made origin of objects, such as G. A. Sidorov and geologist A. G. Bespalov put forward the theory of the existence in this region of a highly developed ancient civilization. A wall of stone blocks in this theory appears as the ruins of ancient buildings. To huge boulders, forming a sort of wall, stretched, tourists and lovers of unknown civilizations, and two years ago, in September 2016, it was visited by the expedition.

The party stayed at the facility for several days and carefully examined the place where the alleged megaliths. Researchers have recognized this region is very interesting from the point of view of the organization of tourist routes, but no convincing evidence of ancient civilizations was found. In order to classify the rock mass or separate parts to the category of man-made creations, it should be fixed some traces of manual or machine processing. But, as recognized by the A. G. Bespalov, one of the members of the expedition and a supporter of the theory of megaliths, could not be found. 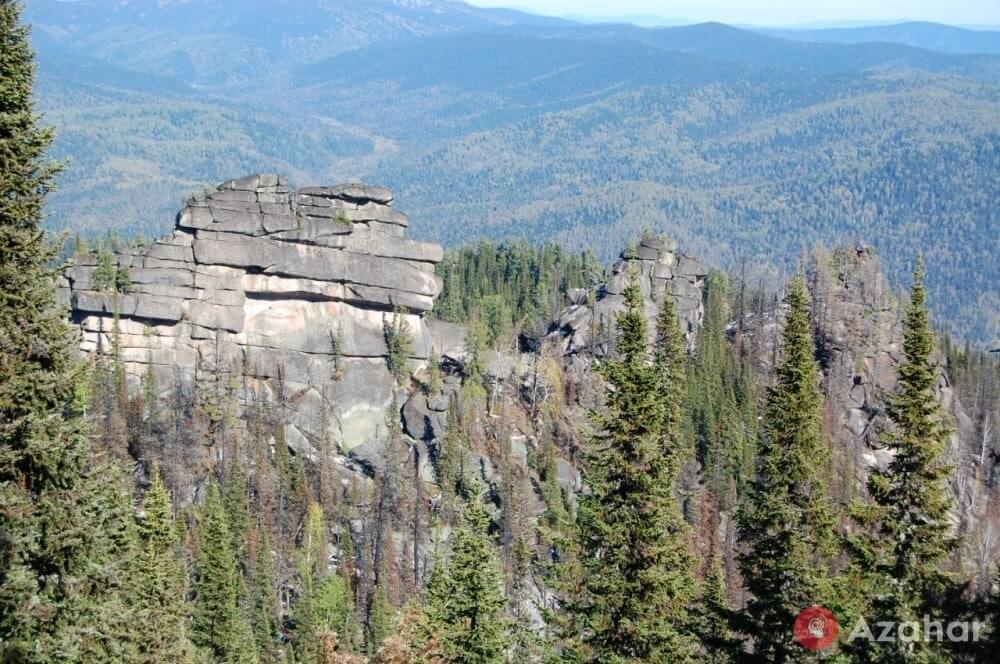 Nature sometimes creates the most incredible sites that attract public attention and serve as tourist attractions. Sometimes, as in the case of “megaliths” Mountain Shoria, they remind us of the creations of ancient civilizations, ruins of walls, or temples. But we all know that any conclusions should not be based on emotions or a striking resemblance but on facts and evidence. Perhaps a more detailed study in this region will be found traces of ancient civilizations, but at the moment this has not happened.