The farmer bought egg for incubation, and this is what...

by Sprintally 3 years ago3 years ago
745views
0
Share via
147 shares
Egg: George Osgood was not the first year leads to the farm, in particular, deals with breeding chickens. Somehow, looking through the offers in the online store, he saw the eggs of an ostrich EMU. The chances of successful incubation, in the opinion of the seller, accounted for 50 %. Hoping to grow at least a couple of EMUs, Osgood bought four eggs.

Contents of the Article show
Emu egg vs chicken egg
Unfortunately, only one of the eggs were fertilized
After a week the chick is fully grown
Paul in 6 weeks
After a couple of months
And then Paul developed a serious bacterial infection
In two weeks, the bird managed to overcome the disease
Paul gets along very well with the chickens, she spends almost all of her time with them
The bird has grown significantly, but its maximum size will reach in a year 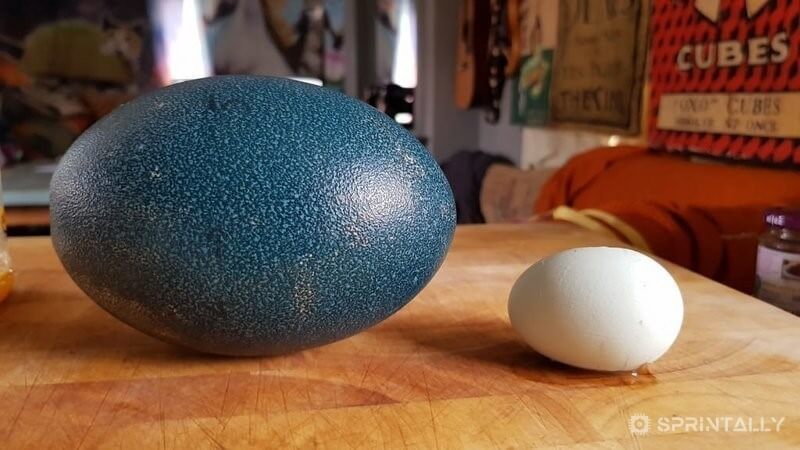 The emu’s egg is about 14 times larger than the chicken egg.

Unfortunately, only one of the eggs were fertilized 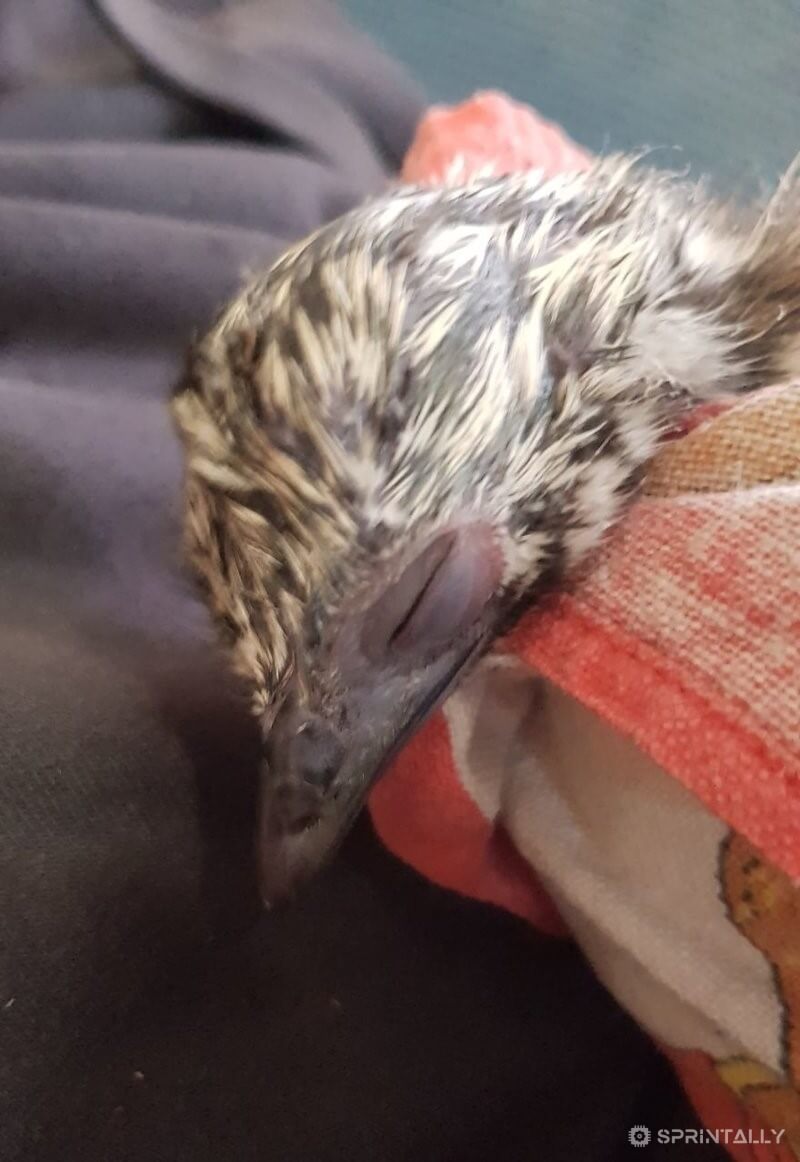 A picture of the only EMUs. Osgood didn’t survive a chick because he was weak and not even able to get out of the shell.

Perhaps the farmer had not fulfilled all the necessary conditions of incubation, he had little experience, but he was struggling.

After a week the chick is fully grown 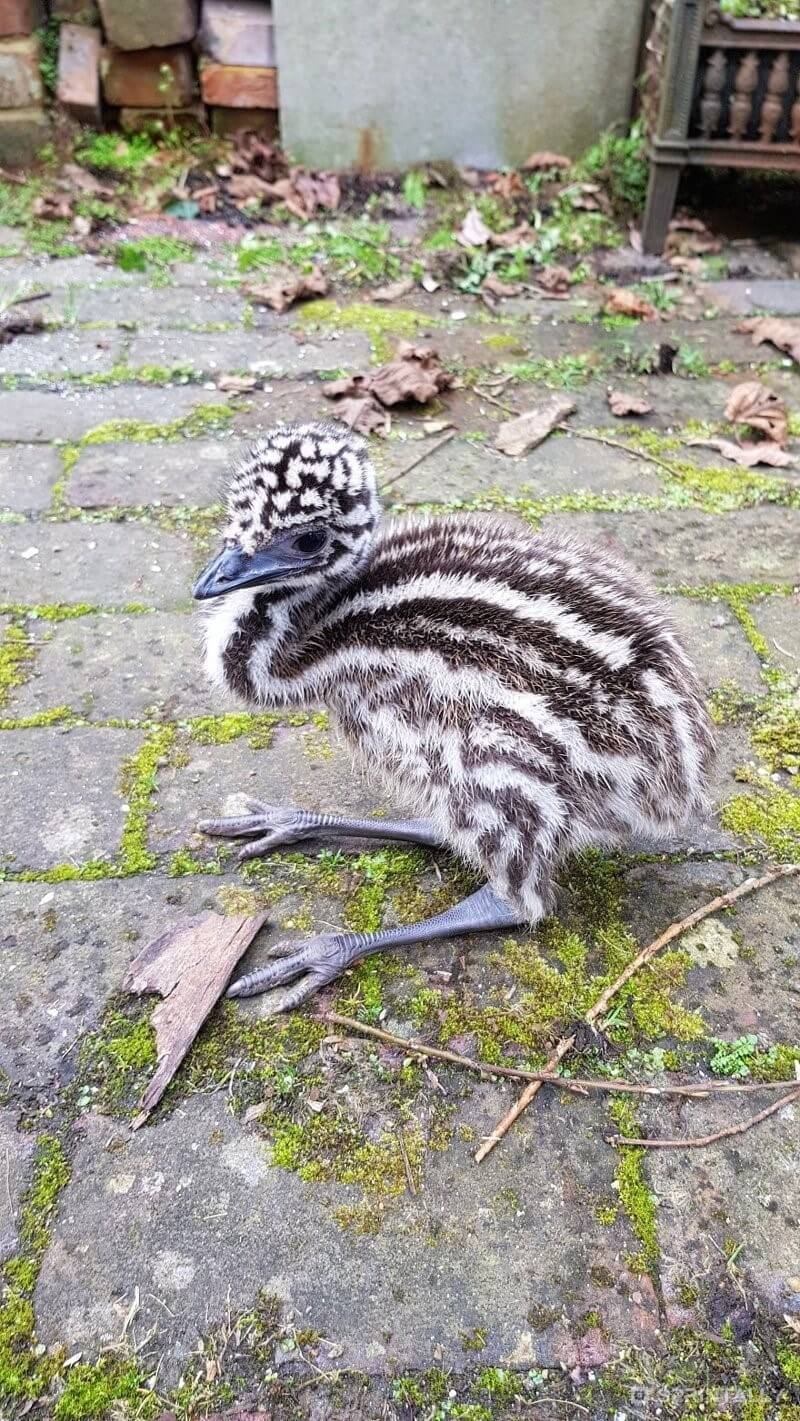 It was called Paul. A little later they found out that it was a female, but they left the name. 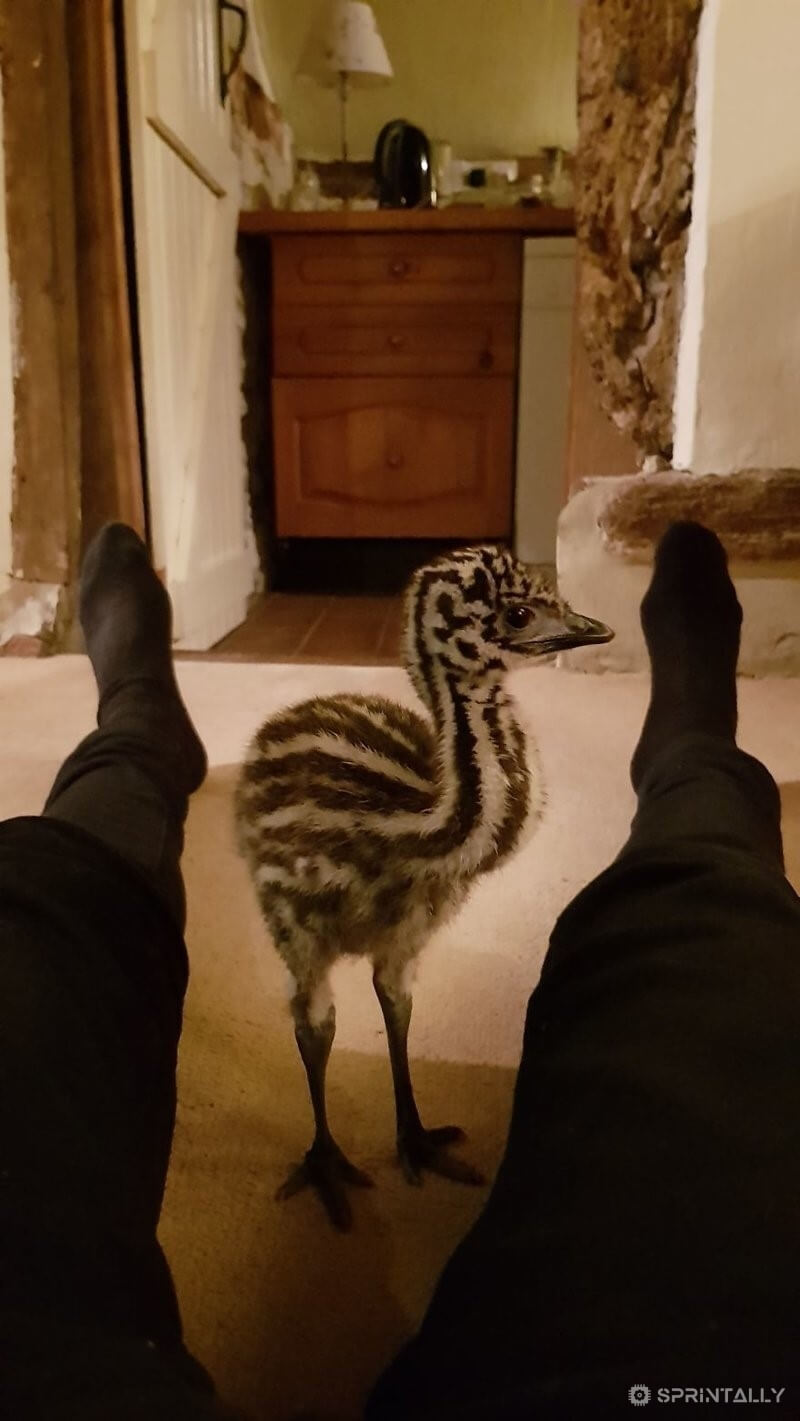 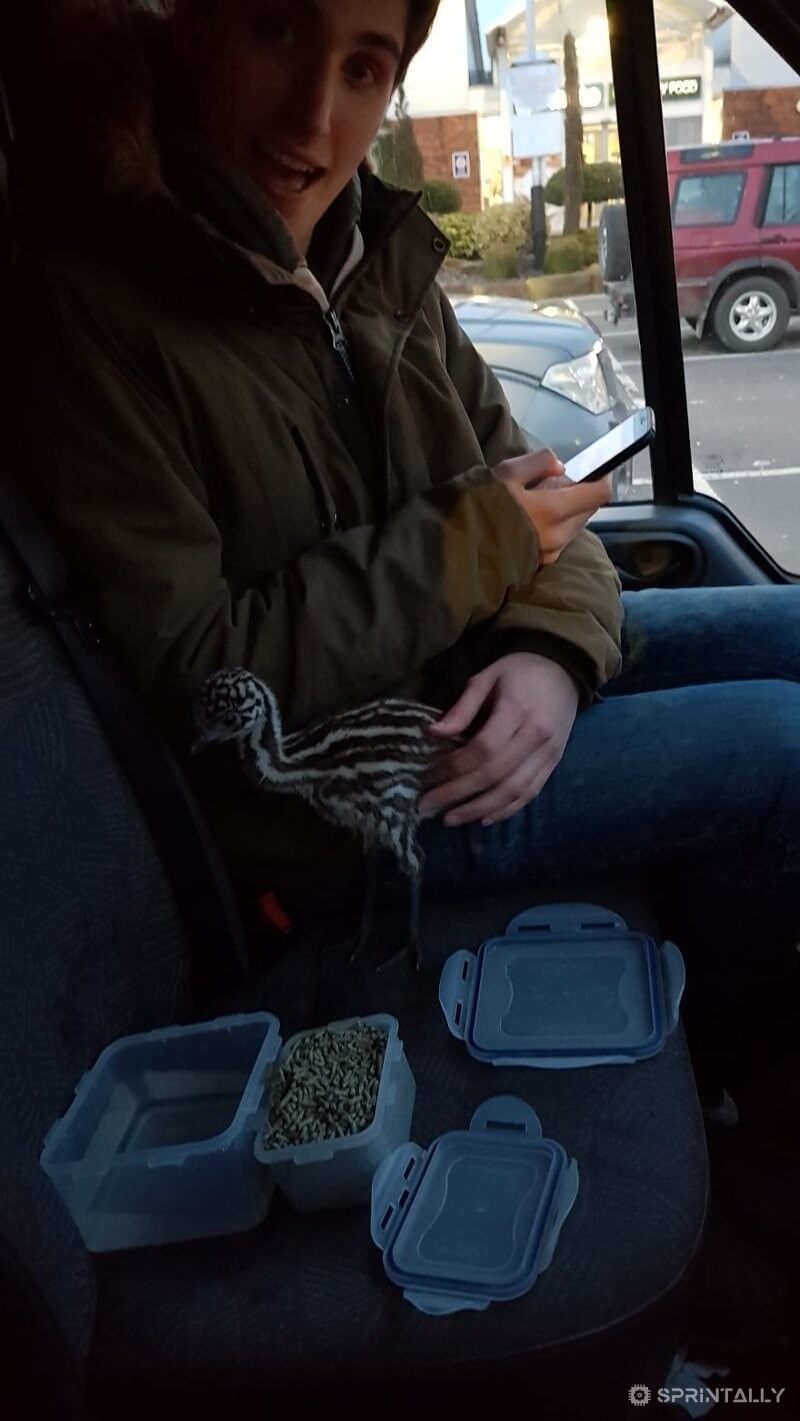 This photo was taken 2 weeks after hatching. George had to leave on business for a few days but didn’t want to leave the EMU alone. Journey together was not the easiest, but still memorable. 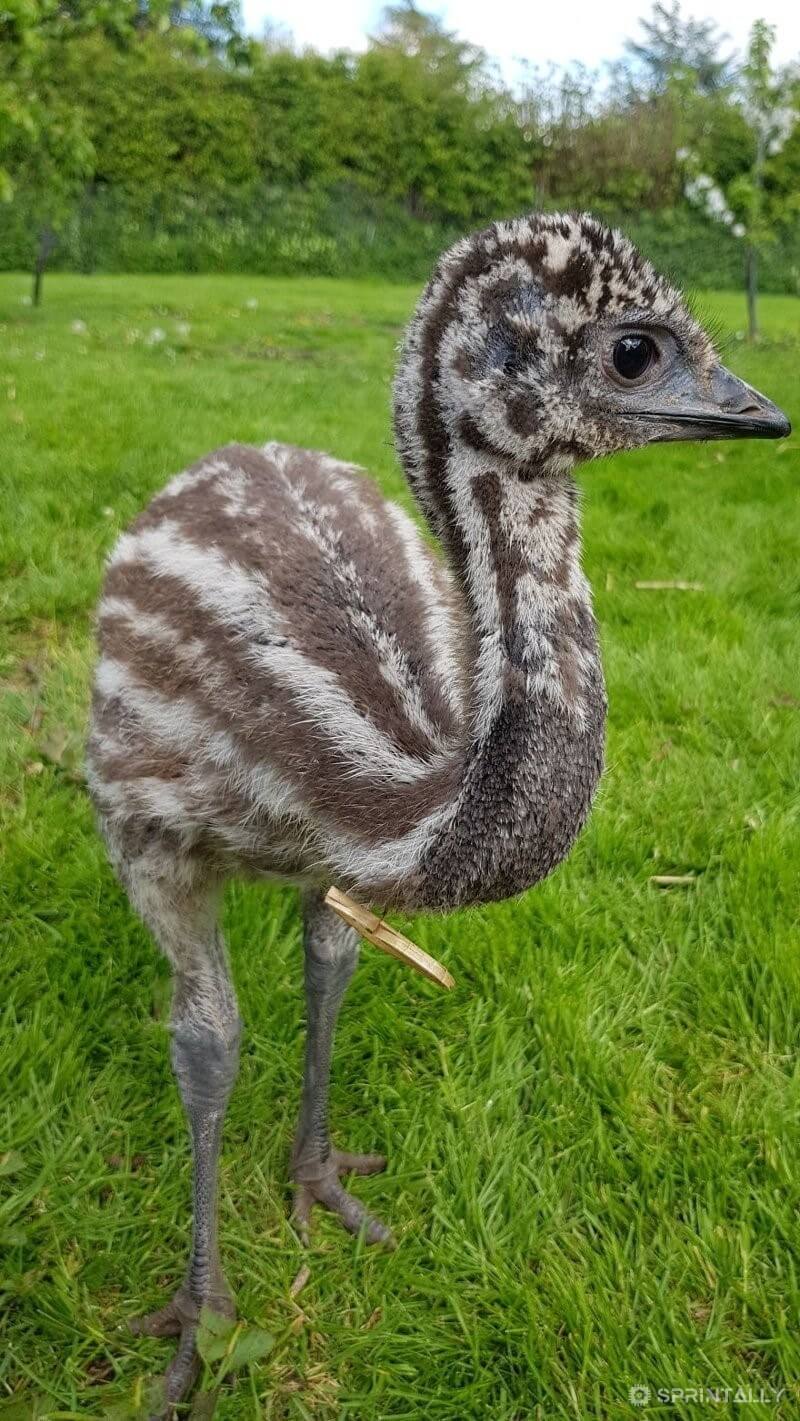 Feathers fell on the neck, the auditory holes became visible.

After a couple of months 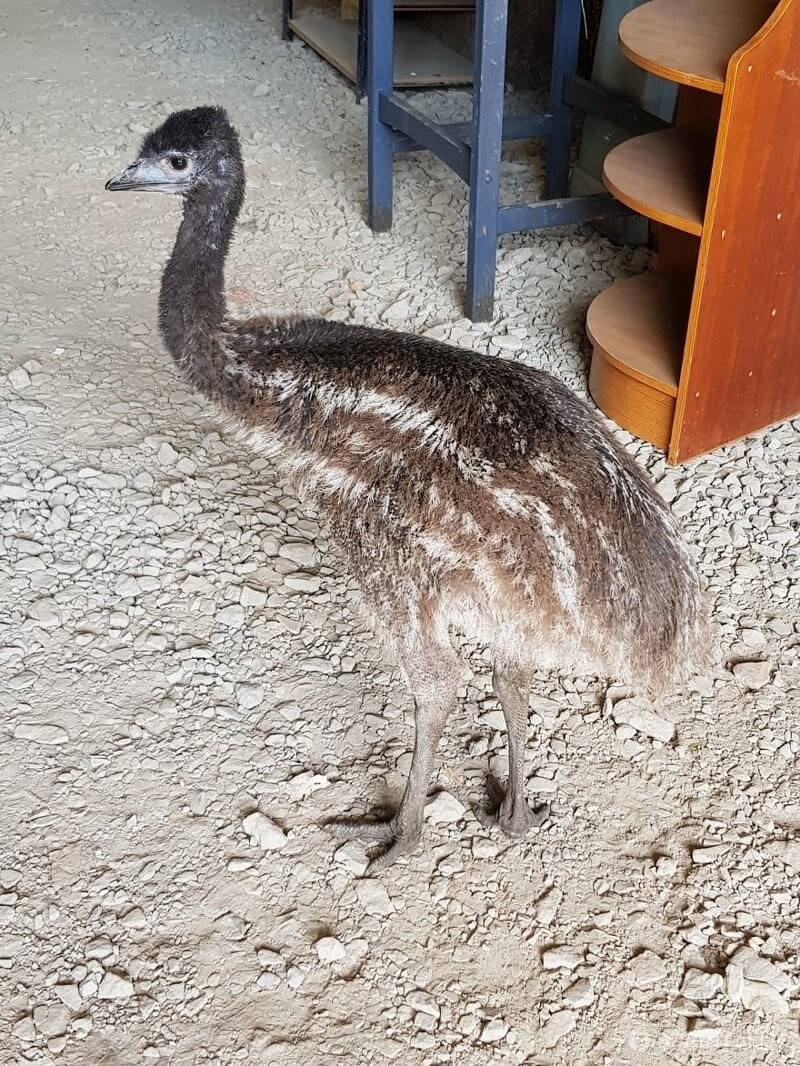 The color of the head and neck had changed, darkened.

And then Paul developed a serious bacterial infection 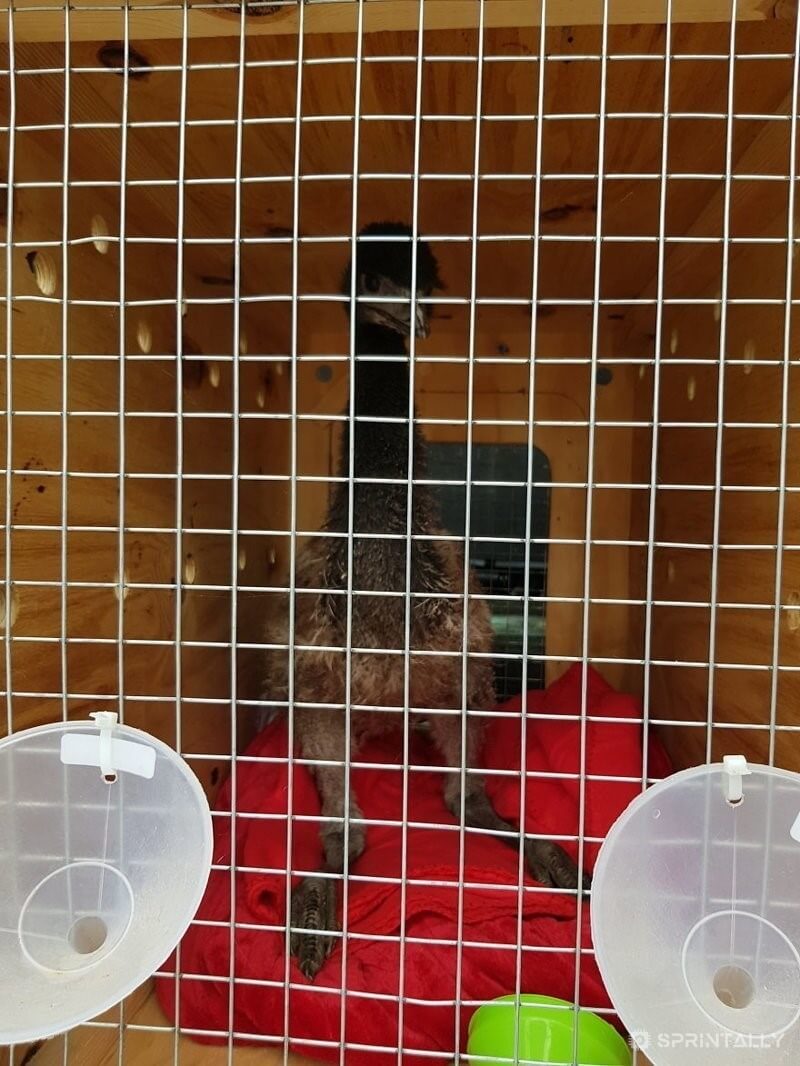 The bird could barely walk, did not eat or drink. The farmer drove emu to a veterinarian, who already had experience of treating ostriches in South Africa. The specialist did not begin to reassure George: the condition of the pit was critical.

In two weeks, the bird managed to overcome the disease 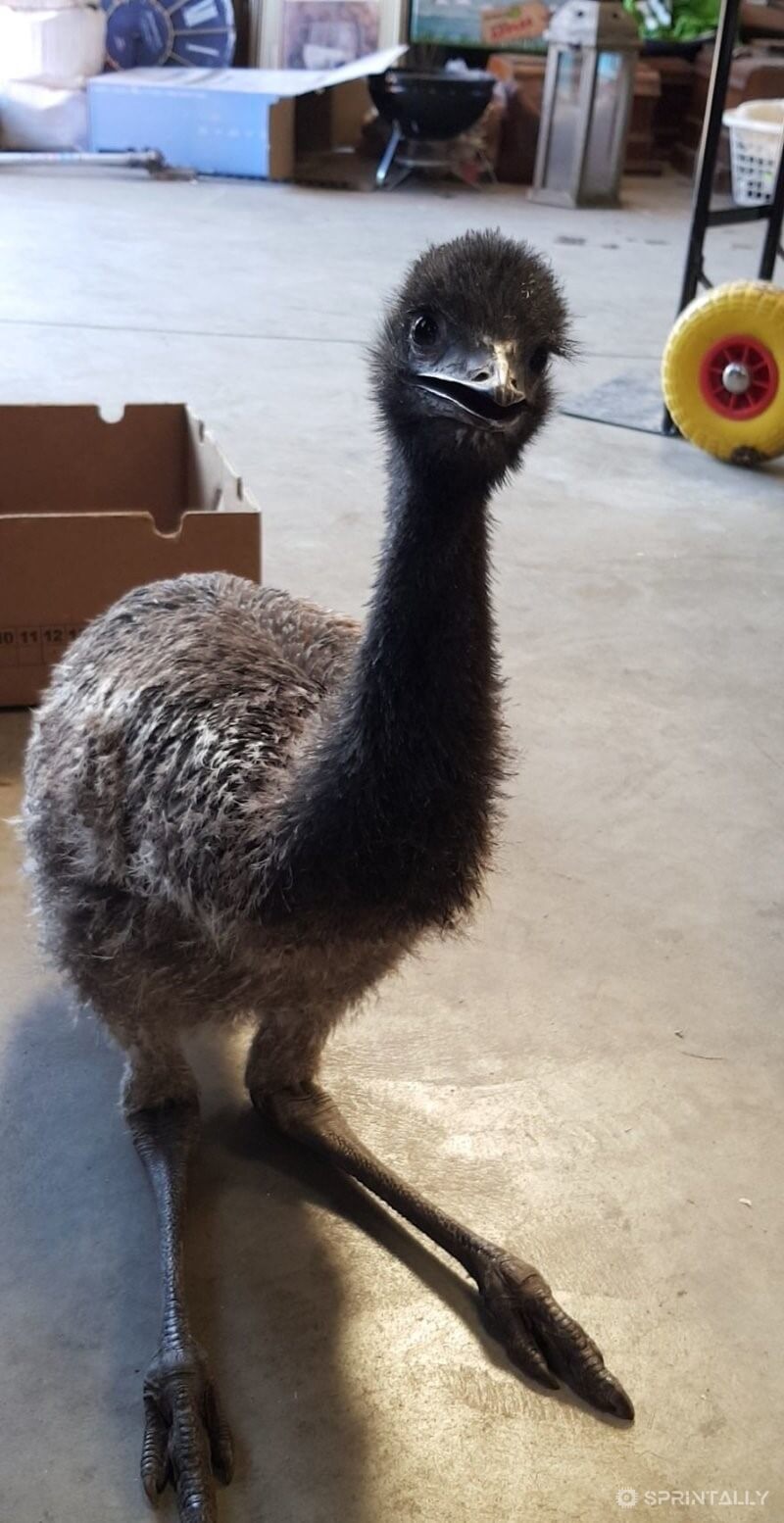 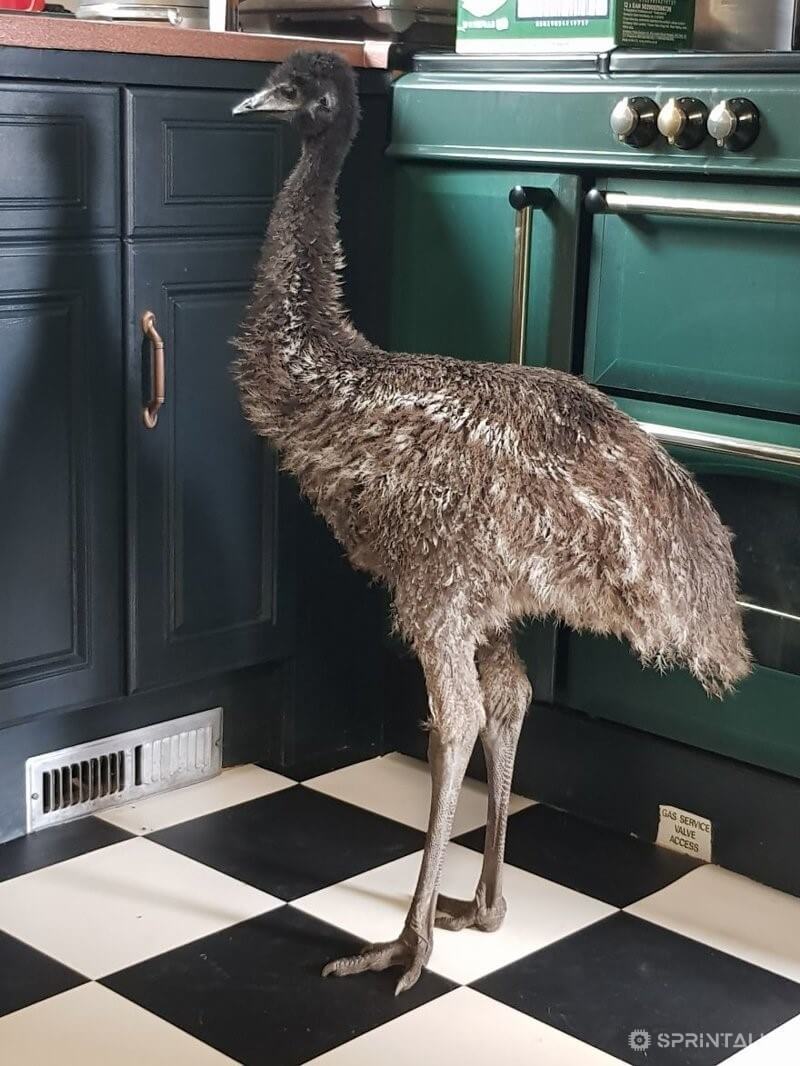 Paul gets along very well with the chickens, she spends almost all of her time with them 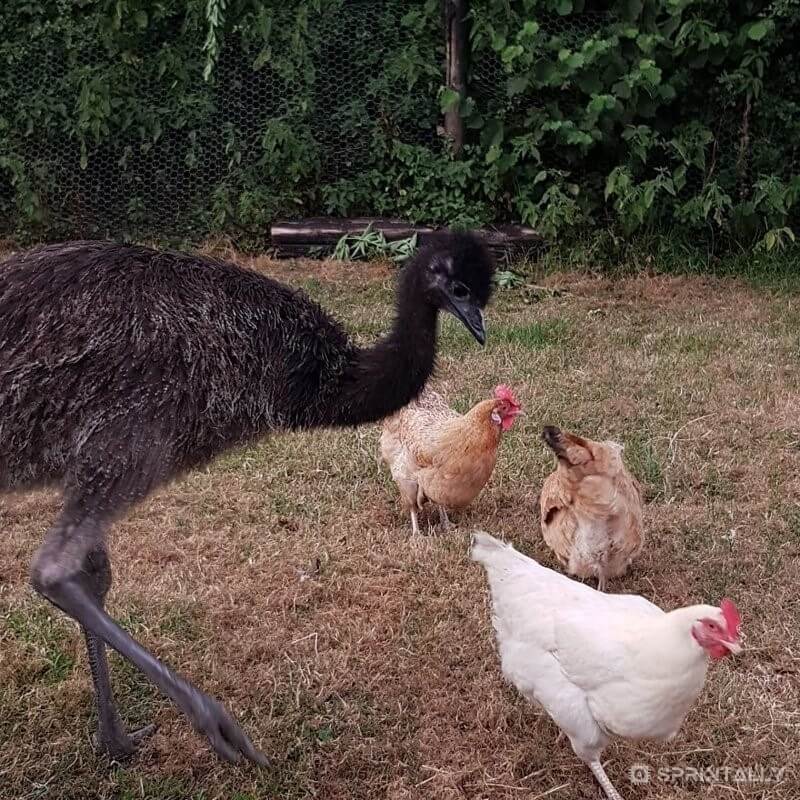 It seems that until she cannot identify herself: whether it’s a chicken, or a dog, or a person. 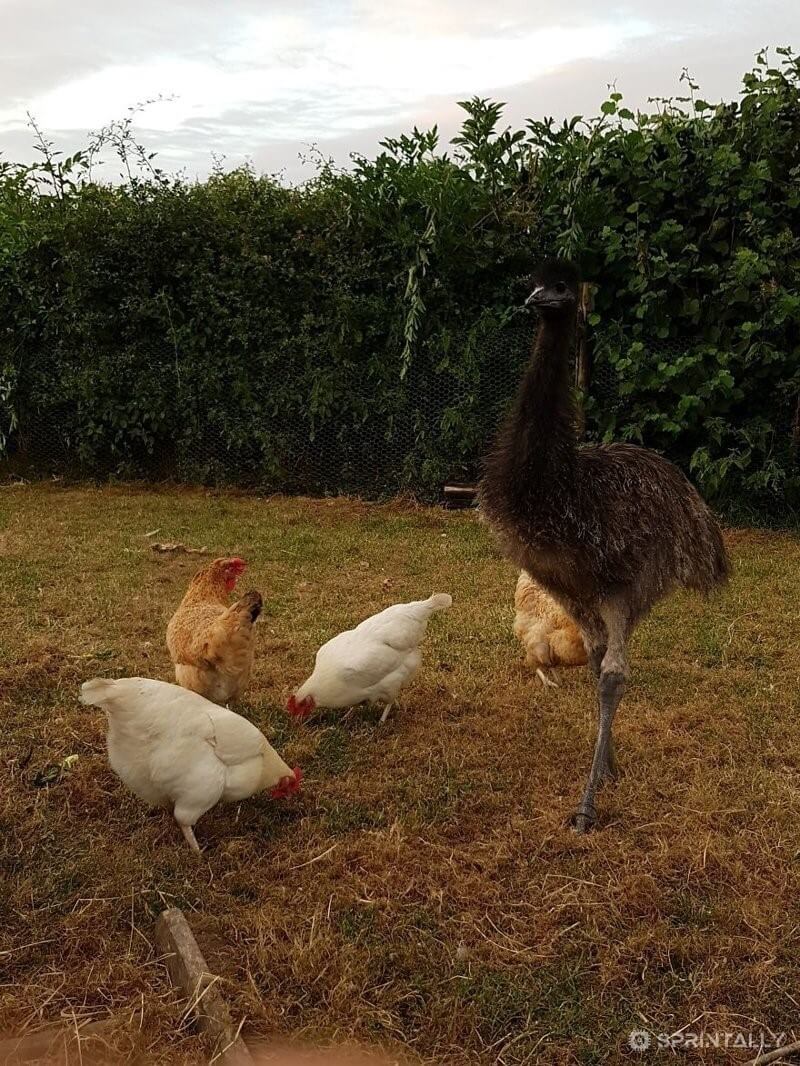 The bird has grown significantly, but its maximum size will reach in a year 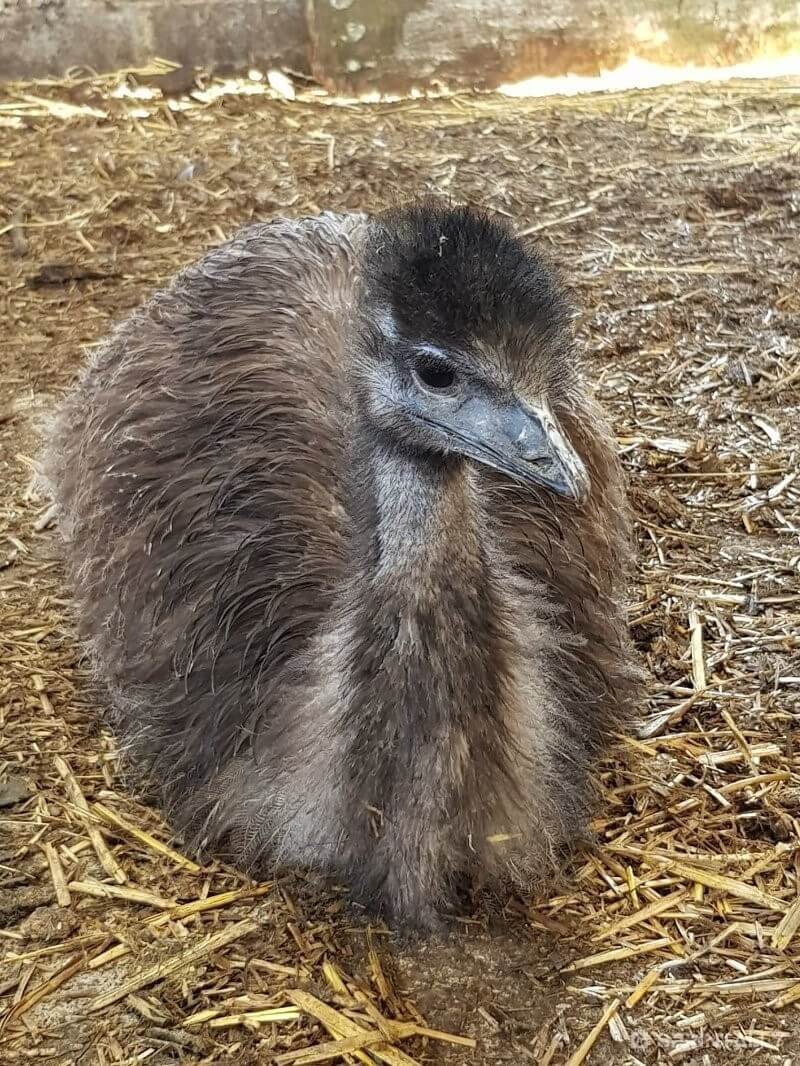