Texas Longhorn cattle: Winner of the world’s longest horns and...

Texas Longhorn cattle: The results of crossing different breeds of animals may be the most unexpected. For example, in the Americas, there is a breed of cattle, whose representatives have incredibly longhorns. Their span reaches 2 meters, but even 2.5 meters is not the limit. Today we will talk about the Texas longhorn – a breed of bulls with very long horns and a rather aggressive character.

Texas Longhorn cattle is Winner of the world’s longest horns 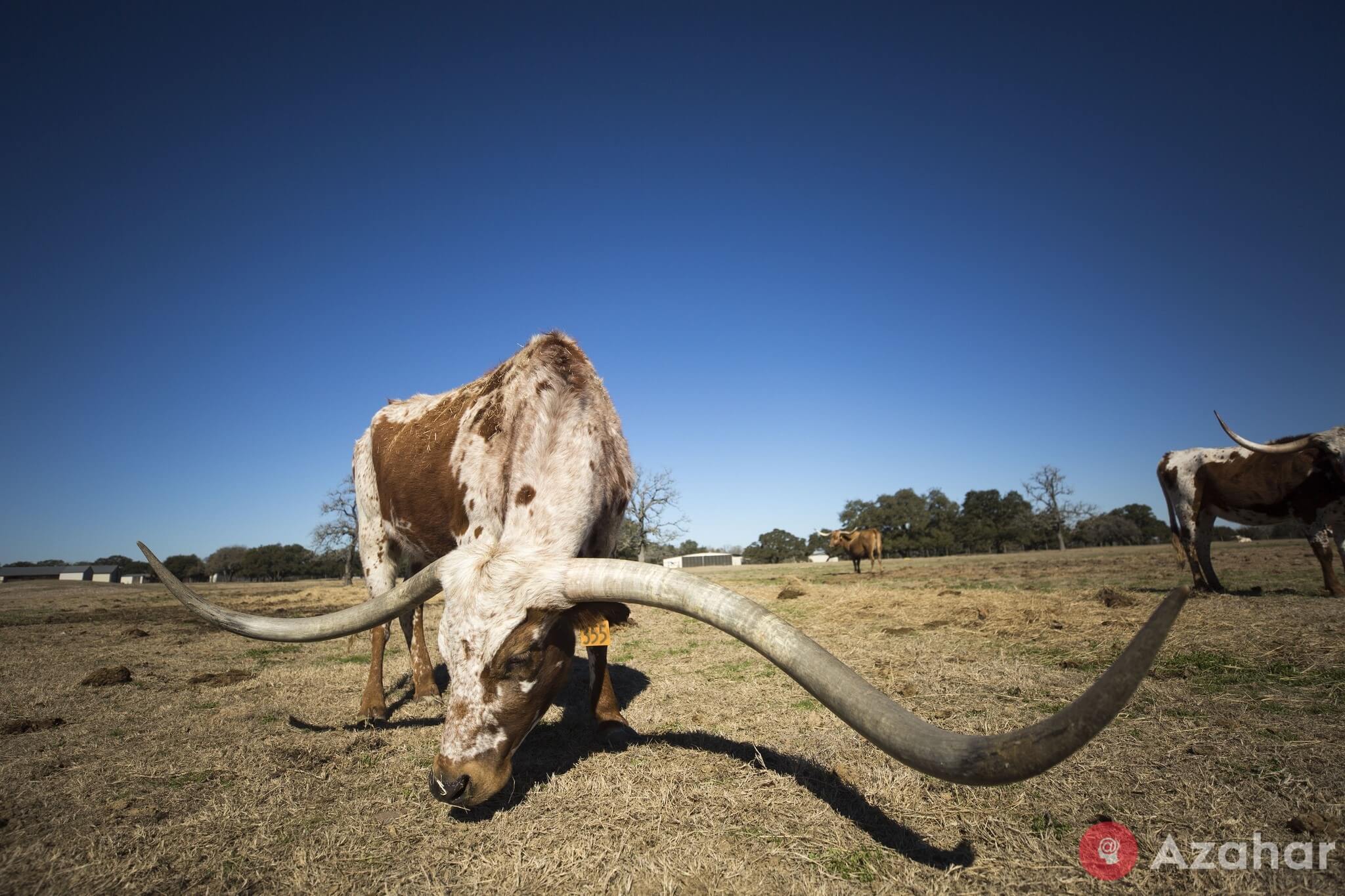 The origin of the Texan Longhorn breed is closely related to the history of the development of America. Together with people on ships from different parts of Europe came home livestock. As shown by genetic analysis, Texan longhorn comes from Iberian hybrid cows, which are descended from Mediterranean cows with blood from cows from far-away India.

Representatives of this breed were the first to appear in the New World, and they managed to adapt to the conditions of the Wild West as well as possible. The Texas Longhorns tolerated long migrations in search of pastures and even gained weight. For endurance, fertility, and unpretentiousness, the Cowboys were ready to forgive them for one major drawback: the Longhorns have a very aggressive disposition. 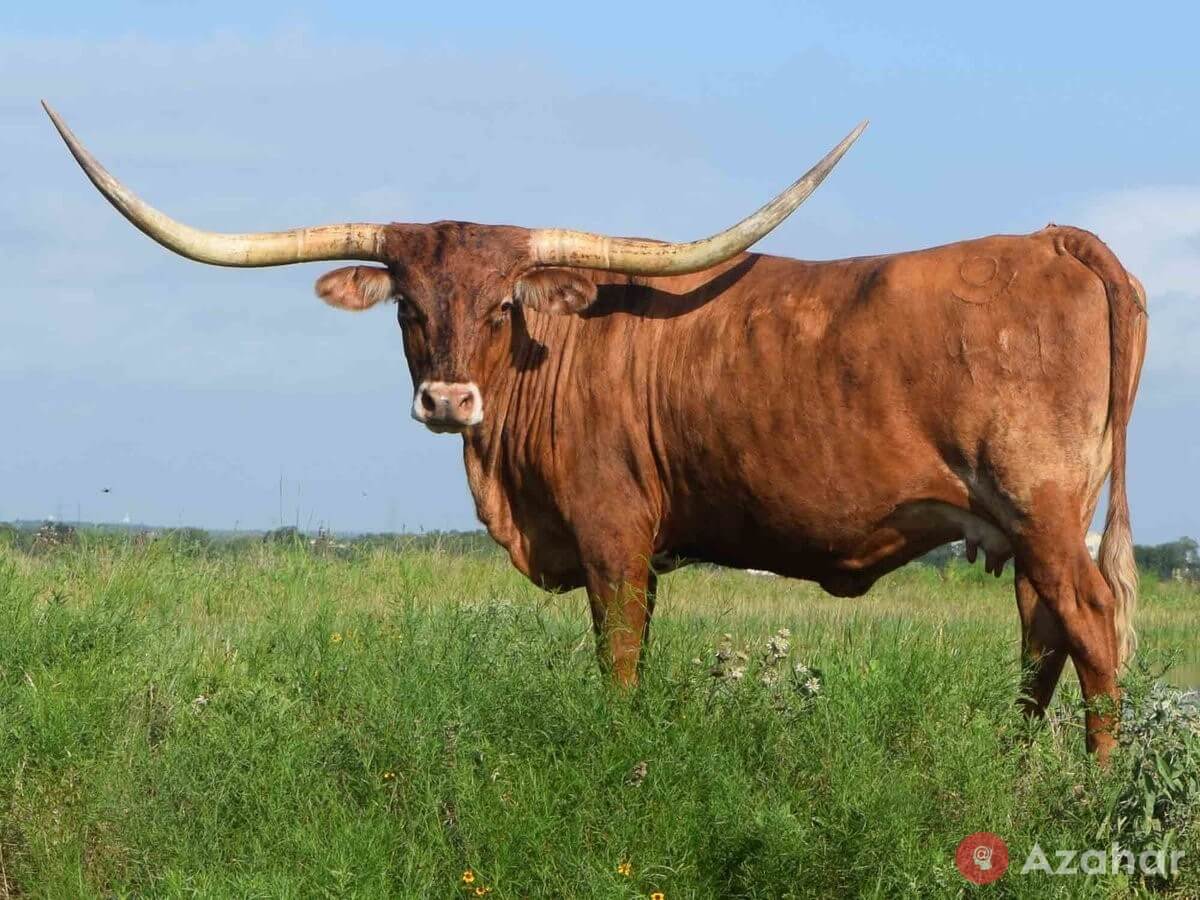 The breed was incredibly popular, and huge herds of these animals roamed the endless plains of Texas. But the redistribution of land and the competition between farmers for pasture led to the fact that the maintenance of Texas longhorn became unprofitable. They began to massively cross with other breeds in an attempt to obtain more fast-growing and possessing temper animals.

As a result of the decline in popularity by the 20s of the last century, there are catastrophically little Texan longhorns. And if it were not for the enthusiast Willy Barnes, who saved the breed and organized the maintenance of these animals in a protected area, the Texas Longhorn could not be today. 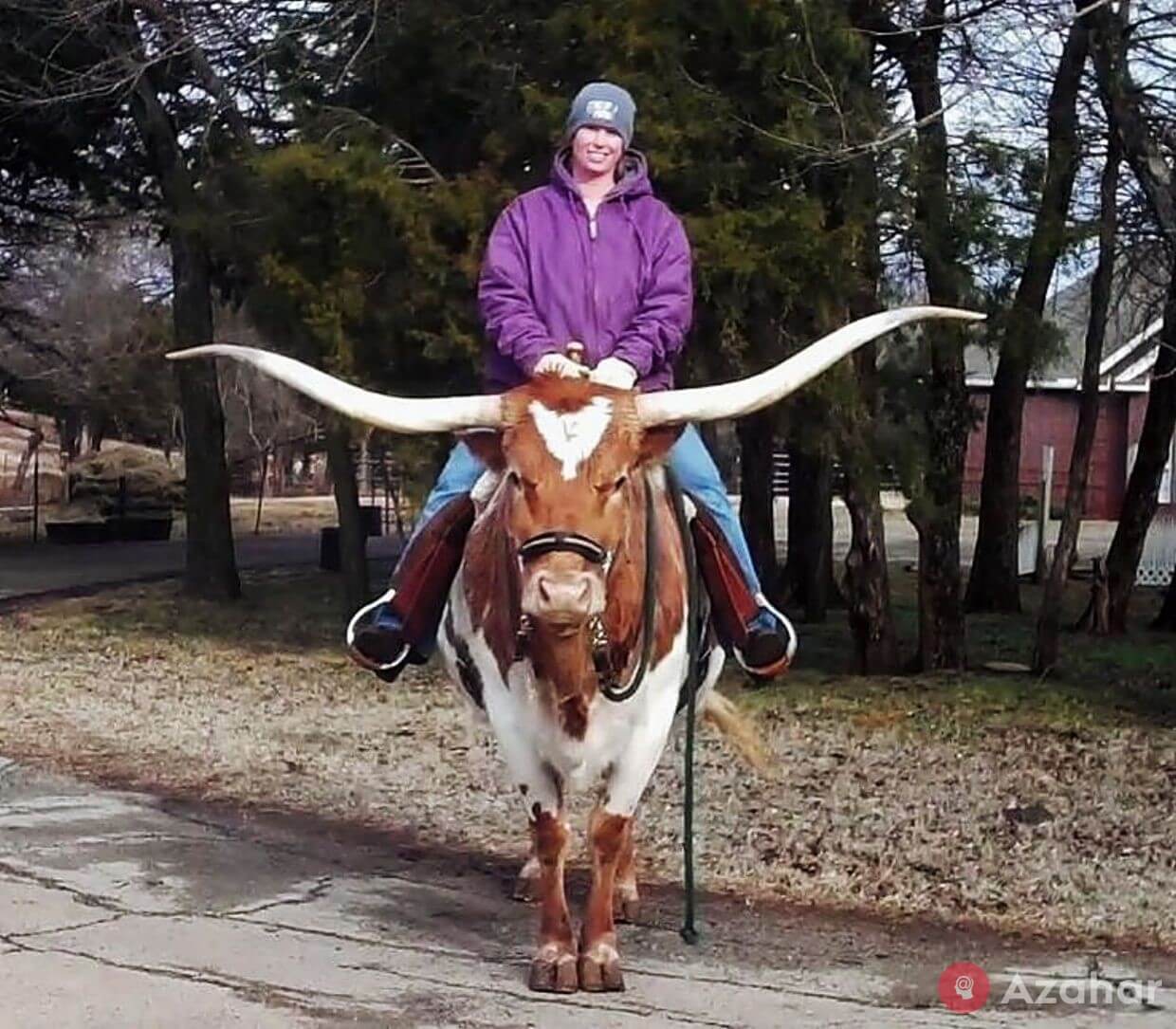 Despite the rather complex nature, Texas Longhorns are used as riding animals, and breeders note their high immunity and intelligence level. The horns of these bulls grow to 1 meter, and sometimes more, and may have a different shape, from almost straight to winding.

The weight of adult animals reaches 700 kilograms, and these animals grow, as well as their horns, up to 9-10 years. The record for the length of the horns is the bull Jay Eire, whose span of the horns is 2 meters 77 centimeters.