Sulaibiya – the most grandiose Tire dump in the world

Sulaibiya – The number of cars is rapidly increasing in most countries of the world, and the number of used rubber tires is also increasing. Unfortunately, their recycling is a complex and expensive process, and therefore this luxury is not available to all countries. And if in Europe used tires are being poisoned for recycling, in countries that are not so economically developed, they prefer to be thrown away at landfills or simply burned.

The Tire dump in Sulaibiya 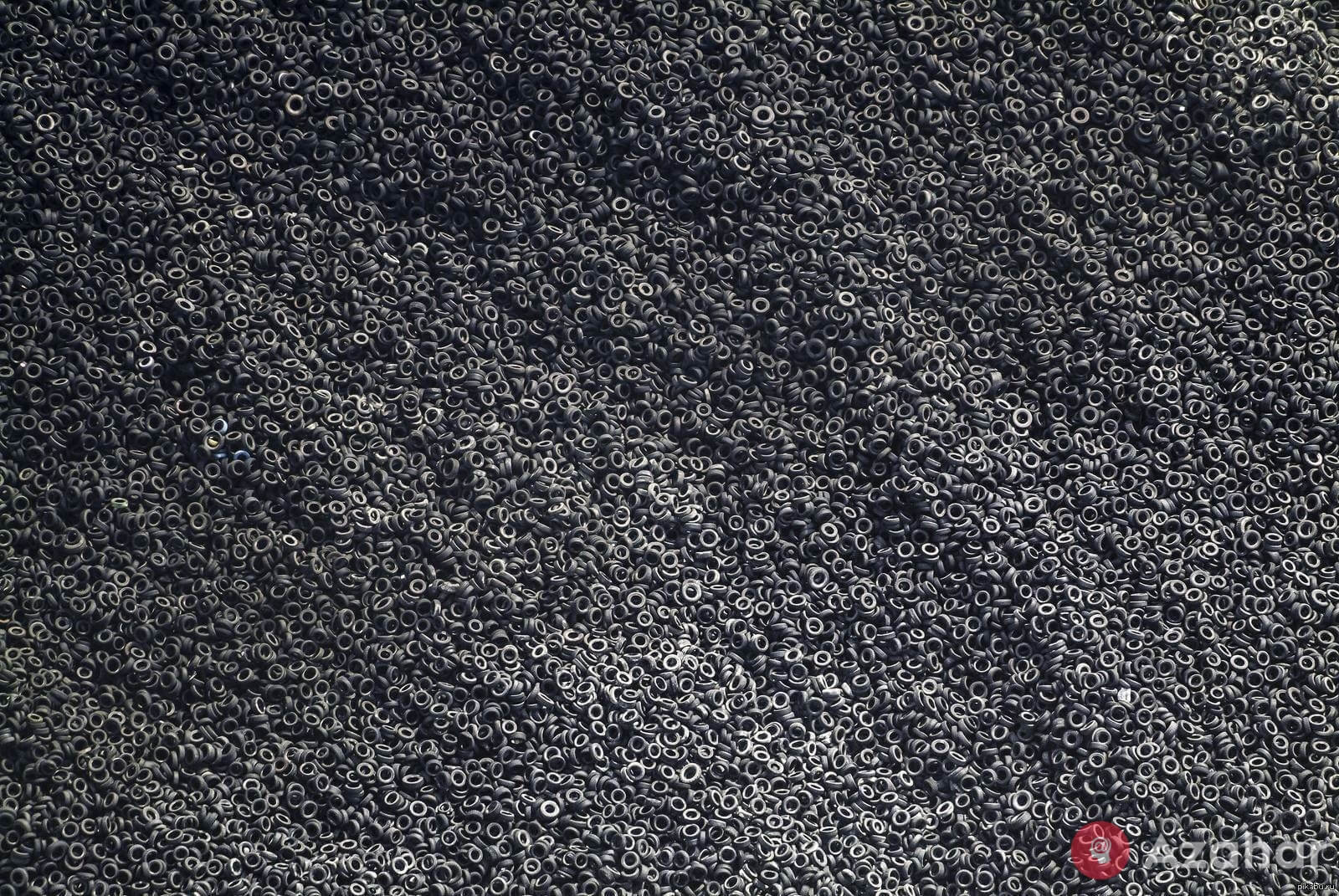 Car tires are made from a variety of rubber compounds, the composition of which each manufacturer holds in the strictest confidence. But in any case, its basis is the synthetic rubber, which is obtained from petroleum. The service life of tires depends on the intensity of operation and averages about 5 years.

According to specialists, about 7 million tons of used tires are produced annually in the world. In total, according to environmentalists, about 25 million tons of tires waiting for recycling at landfills and special sites around the world. At the same time, even in such economically developed countries with strict environmental legislation, such as Japan, Germany, or England, tire burning is the norm. Of course, about 10-30% of the total amount of such waste is burned there, and most of it is sent for recycling.

But there are countries in the world that are not only unable to solve the problem of disposing of used automobile tires, but also accept this waste from other countries. These include Kuwait, where the largest tire dump in the world, called Sulaibiya, is located. 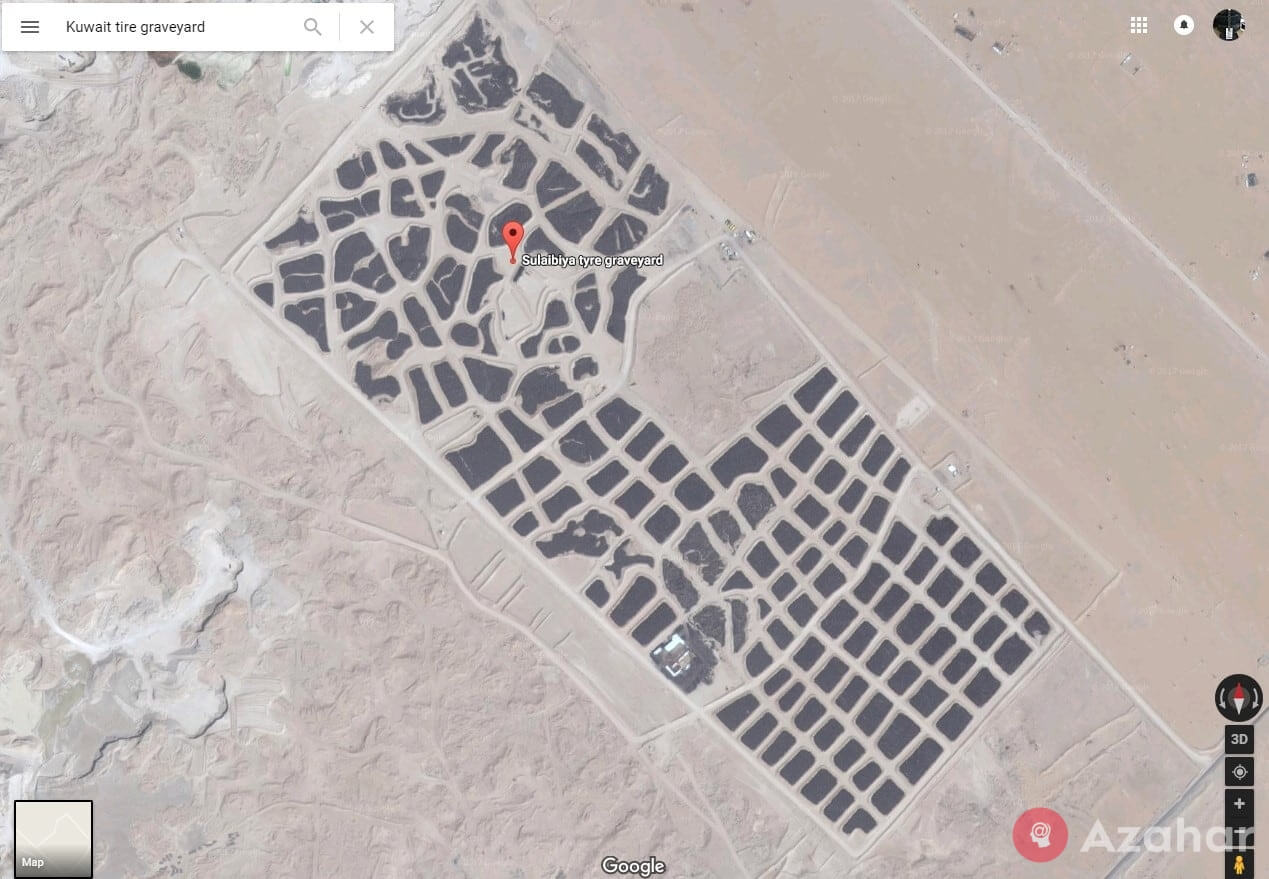 Tires are brought to this place not only from all over Kuwait but also from India, Pakistan, and even Malaysia. As a result of years of accumulation, the dump of tires has grown to an appalling size, and its area, according to experts, is about 600,000 square meters. m. There are occasional fires. Rubber burns very quickly, with the release of toxic black gas, which in itself turns into an eerie sight, and if you consider how many pollutants enter the atmosphere without any purification, it becomes just scary for the ecology of nearby Kuwait – the capital of the country.

Despite the horrific size, and this grandiose dump is clearly distinguishable even in satellite images, the country’s leadership prefers to deal with other problems. Tires are disposed of by simple burial, as well as a result of natural fires. 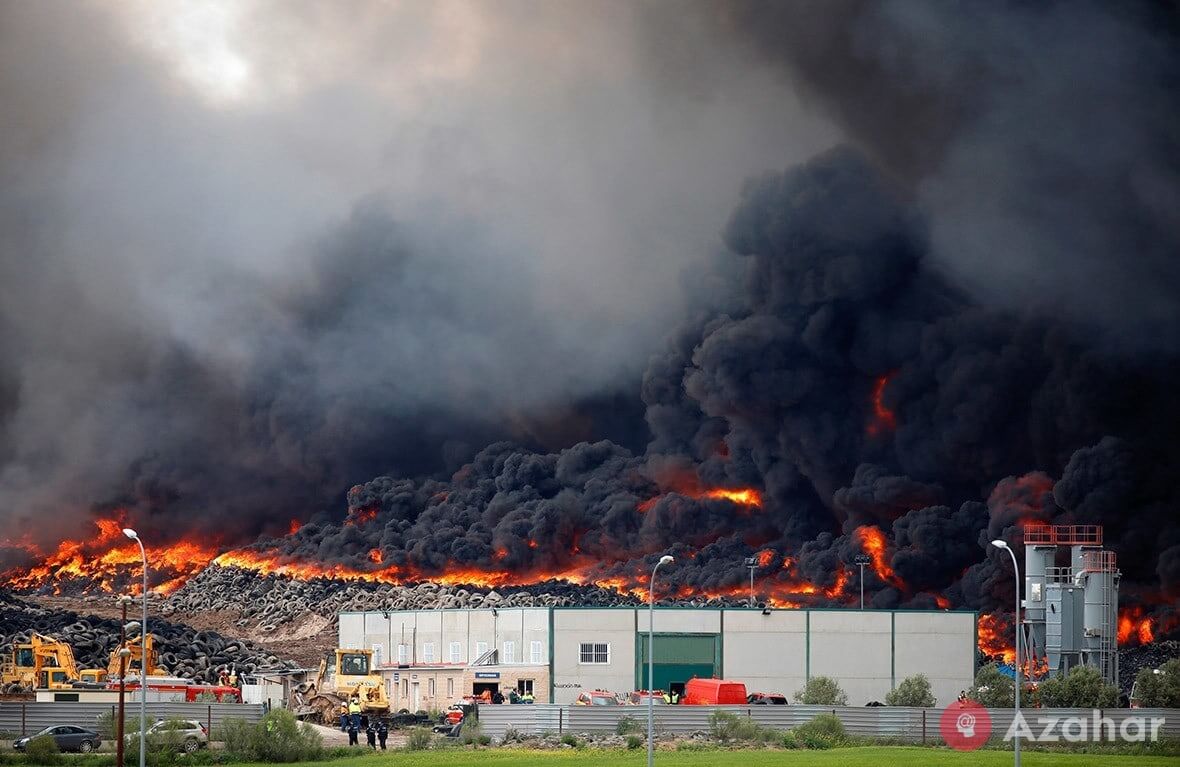