Review of the iPhone X: why so everyone wants it

iPhone X is the leading smartphone of the year. What’s surprising, it’s even better live than on Apple’s well-tried selling pictures. So brilliant and glassy that in the first few minutes, the idea of touching it seems blasphemy – almost like a piece of art with its dirty paws to feel. 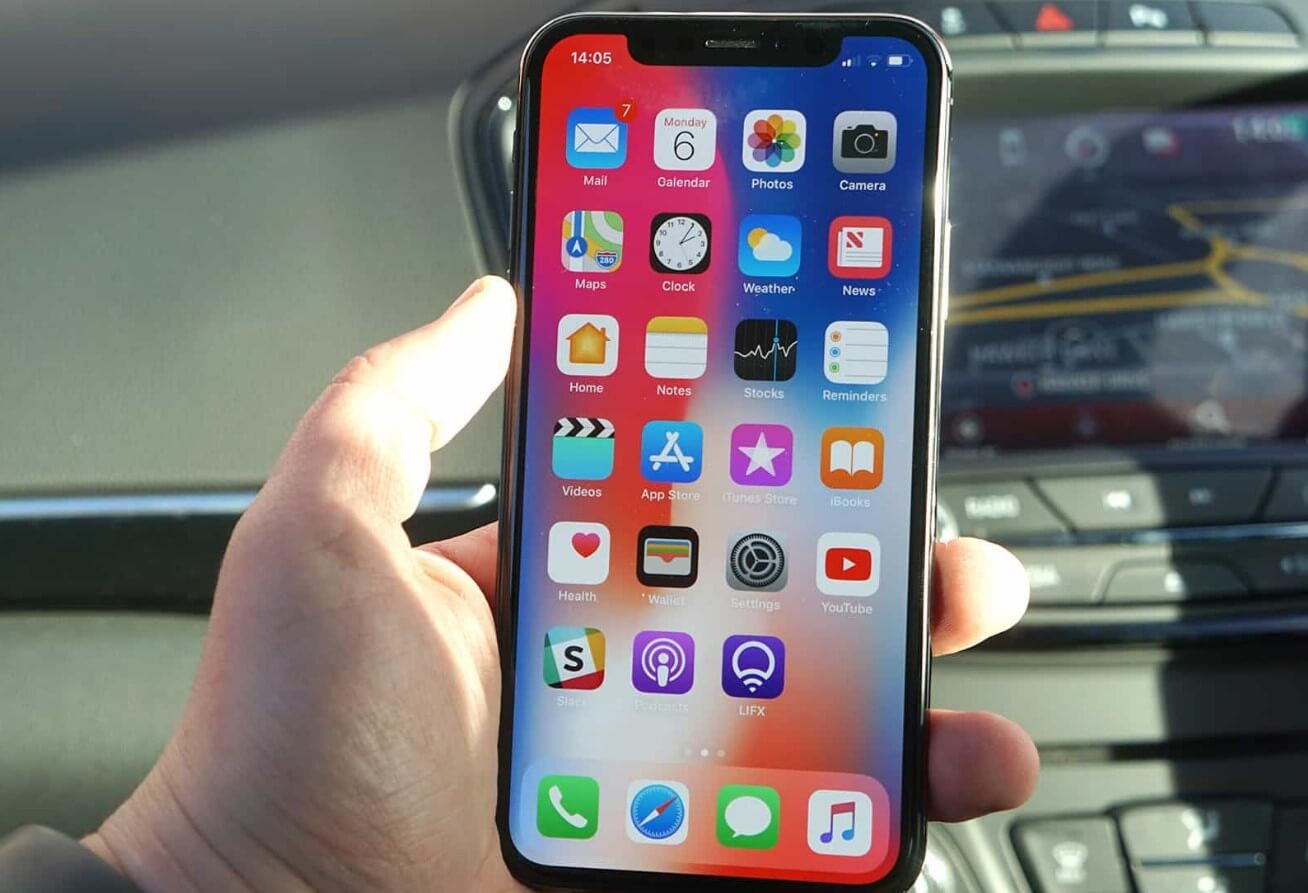 Frameless, elegant, with a large display, and at the same time – finally! – compact. All happiness has come; you no longer need to stretch your fingers to reach the other end of the screen, as if you are a pianist-virtuoso. It is only 4 mm wider and 5 mm longer than the iPhone 8, but the display diagonal is more extensive than even in the iPhone 8 Plus – 5.8 inches against 5.5. 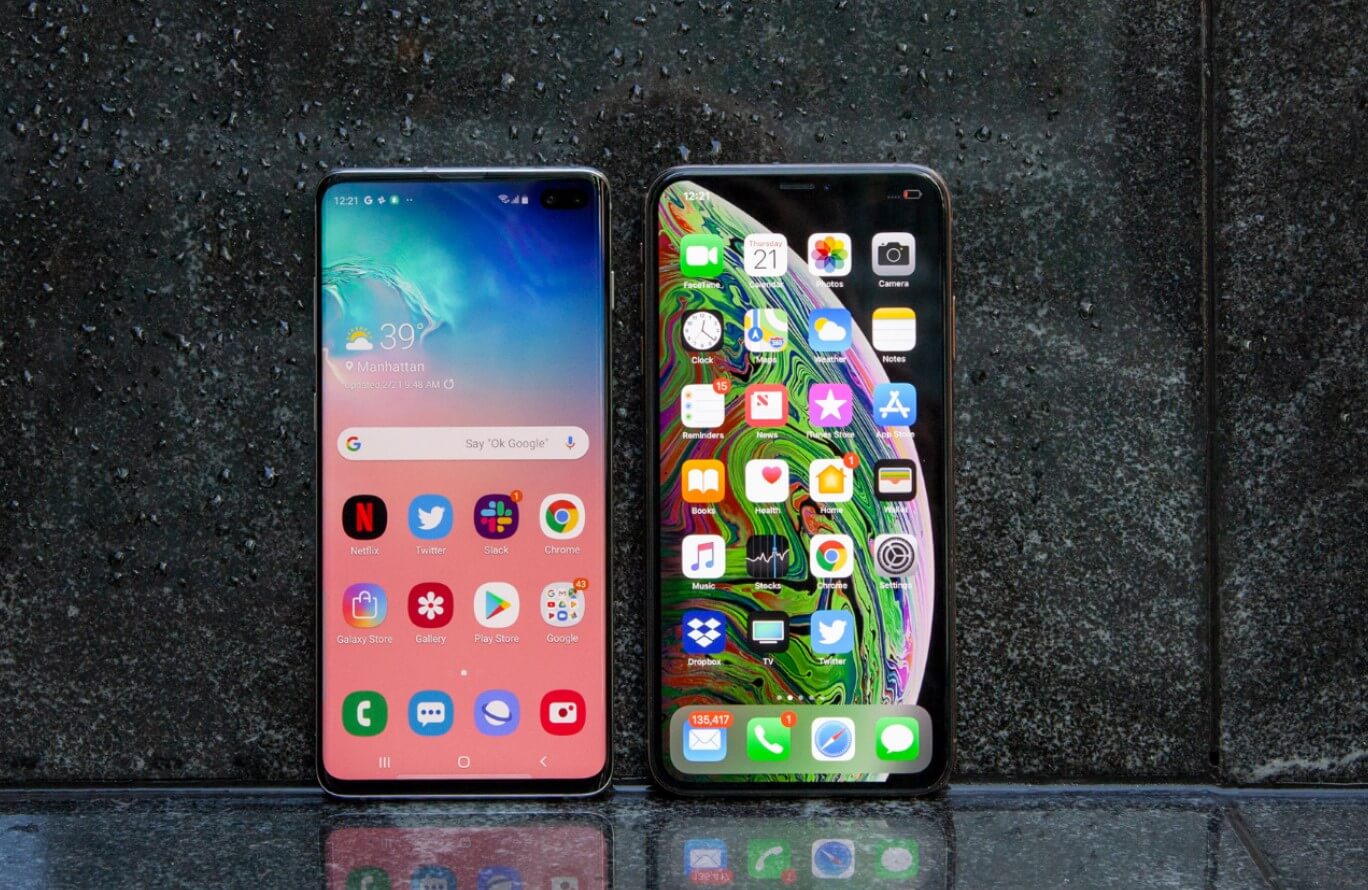 Apple the last ten years, tried to do so that the person from the smartphone, more precisely, from the content on the phone, nothing separated, so that the framework between the natural world and the world in the smartphone disappeared and the user touched not to the screen, but immediately to the photo or application. And the iPhone X, which almost all consists of a display, is closer to this dream than ever.

The main innovation is the new Face ID authentication technology. It came to replace the identification of the fingerprint: the Home button is no more, and there is nowhere to put a finger. 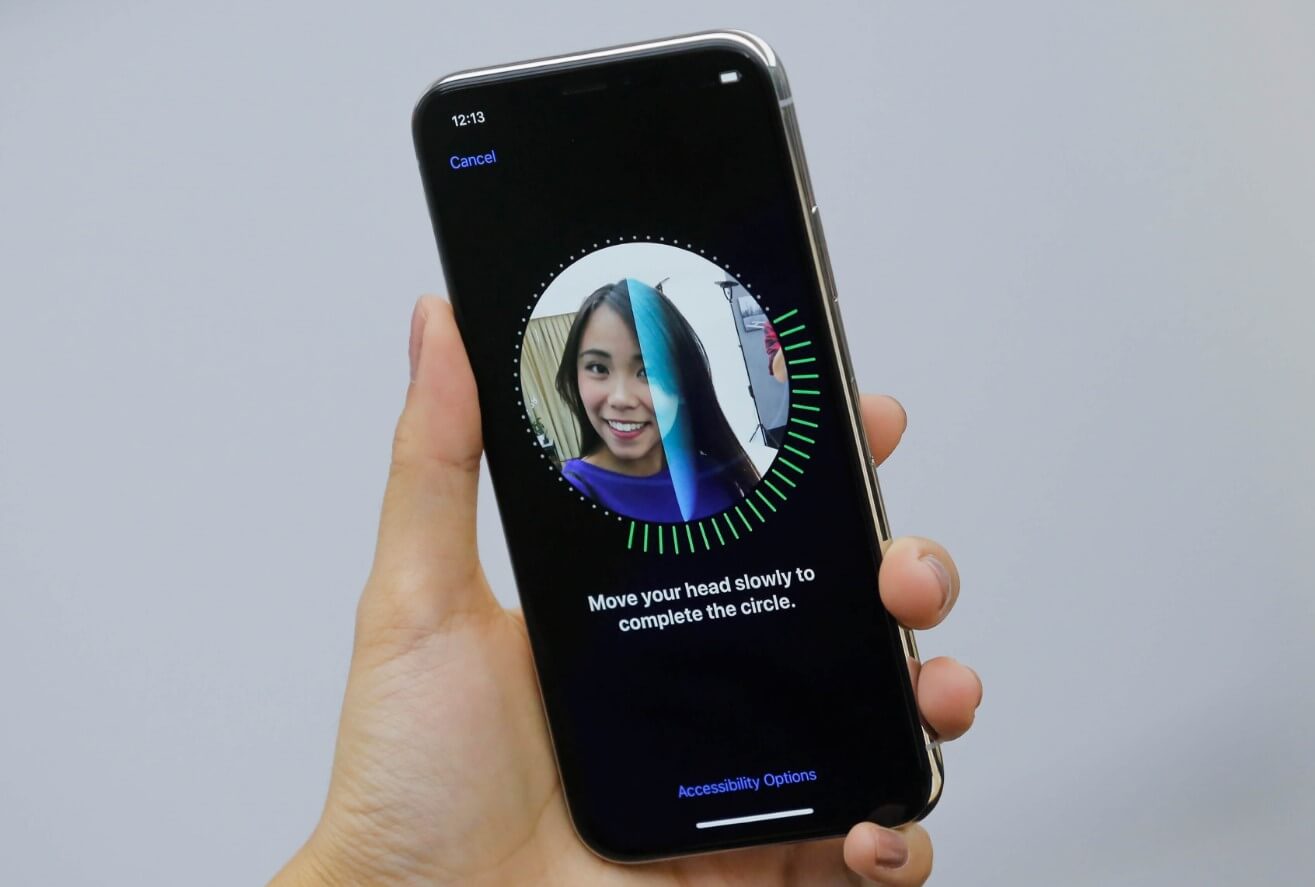 Now, to unlock the iPhone, look at it and swipe the screen from the bottom up. We still can not believe this, but Face ID works. For a split second, it reads the face and unlocks. At the same time, there are glasses, a hat, a beard, a military color of Apaches or not; you do it in total darkness or the light of day – it does not matter. iPhone X still recognizes the owner. The only scenario in which technology fails is if you lie on your pillow on the cheek: the phone does not see half of the face, and you refuse to unlock it; you have to enter a password.

A bit about how it all works: iPhone asks you to set up Face ID – draw a circle with your head after activation. At this time, the TrueDepth camera projects to the face of 30,000 invisible points and creates a mathematical model of the face. It remembers “all your cracks” and the distance between the right nostril and the left ear lobe, and the mathematical model is stored in the iPhone itself, not in the cloud so that no one can get it.

After this procedure, Face ID works as follows: when you look at the phone, the iPhone first does an infrared image to understand – the face in front of him or something stupid. If a person is using the TrueDepth camera again projects all of its 30,000 points and sends them to the neural network for processing. It again builds a mathematical model and sends it to the module where the first reference, the model of your face, is stored. There, these models are compared. If they match, the iPhone is unlocked.

And now – attention! Magic! All these procedures have time to happen while you look like a screen from the bottom up. Even “time” does not have time to say. In a split second. Imperceptibly. The magic in the iPhone X is the A11 Bionic processor with a neural system (by the way, it also provides infernal speeds in the iPhone 8 and 8 Plus); it runs at a rate of 600 billion operations per second. Six hundred. Billion. Per second. What here meditations.

Identification by the person, of course, is not new. The difference, as usual, is in execution. Face ID is not maintained in the photo: it analyzes the image and the mathematical model. Face ID does not work if you sleep: the TrueDepth camera checks to see if your eyes are open and whether you’re looking at the smartphone. The system is adaptive and knows how to learn: if you shave off your beard or grow a mustache, it will recognize you anyway. If someone else took your phone and tried to unlock it several times, the iPhone X, even after recognizing your face, will still ask you to enter the password – just in case, suddenly, you are forcibly kept.

Of course, there are still failures. The device is electronic; it can not help. But their sensations are much less than they were with the first Touch ID. Well, and Face ID to spit, in gloves at your hands or not, and the mathematical model of the wet face is precisely the same as the dry one.

iPhone X raised a lot of noise, rumors, and gossip before the presentation and after – generally on every corner. It would seem that people already knew everything. But no. Apple managed to hide a steep chip. The “Portrait” mode, for which it is worth buying iPhone 8 Plus, on the “top ten” works in the self-camera. The same charms as in the primary camera: background blur and portrait lighting are done so that it does not seem like Selfie but quite a professional studio shot. Who is the king of Selfies? Now, those with an iPhone X are the king of Selfie. 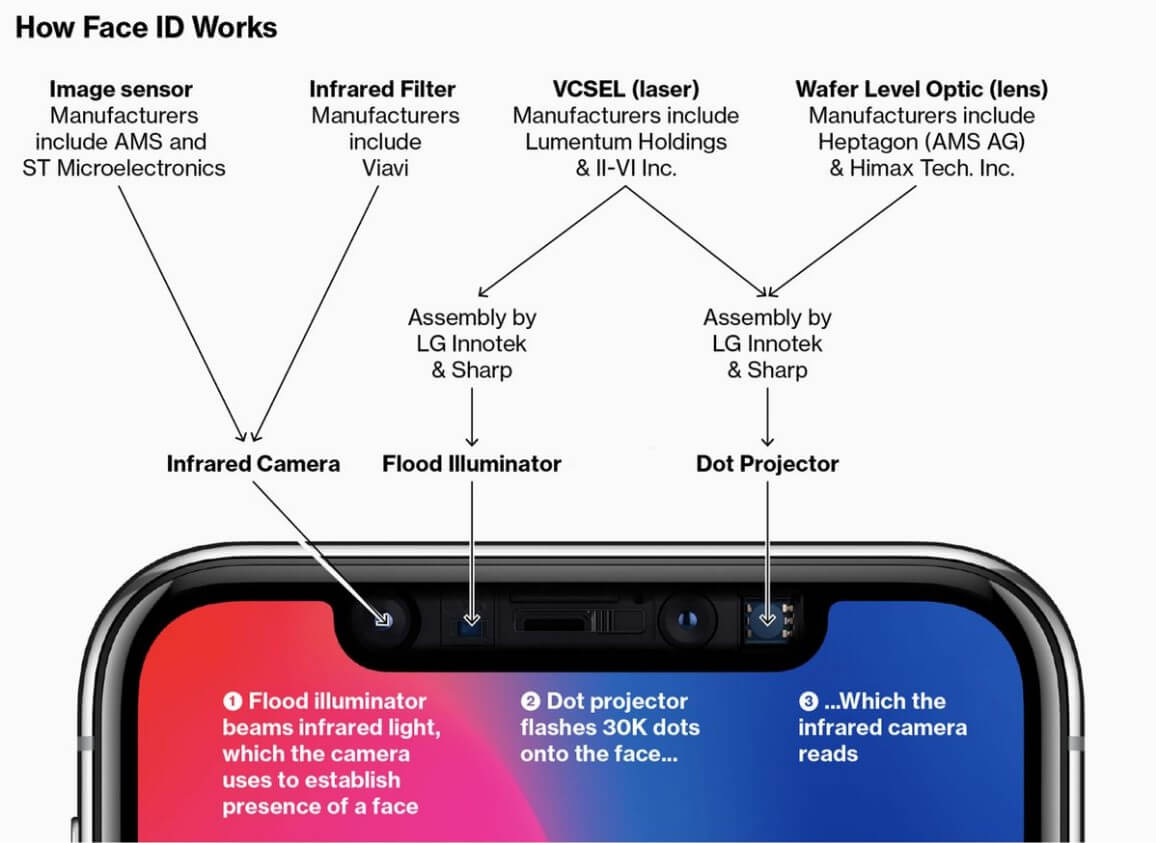 The primary camera is almost the same as in the iPhone 8 Plus: 12 megapixels with a wide-angle lens and a telephoto lens. The telephoto lens has optical image stabilization, and the aperture value is ƒ / 2.4 (for iPhone 8 Plus – ƒ / 2.8). It skips more light and works better in low light conditions, and the photos get less noise. We admired the capabilities of the iPhone 8 Plus, and so, in X, they are even better. 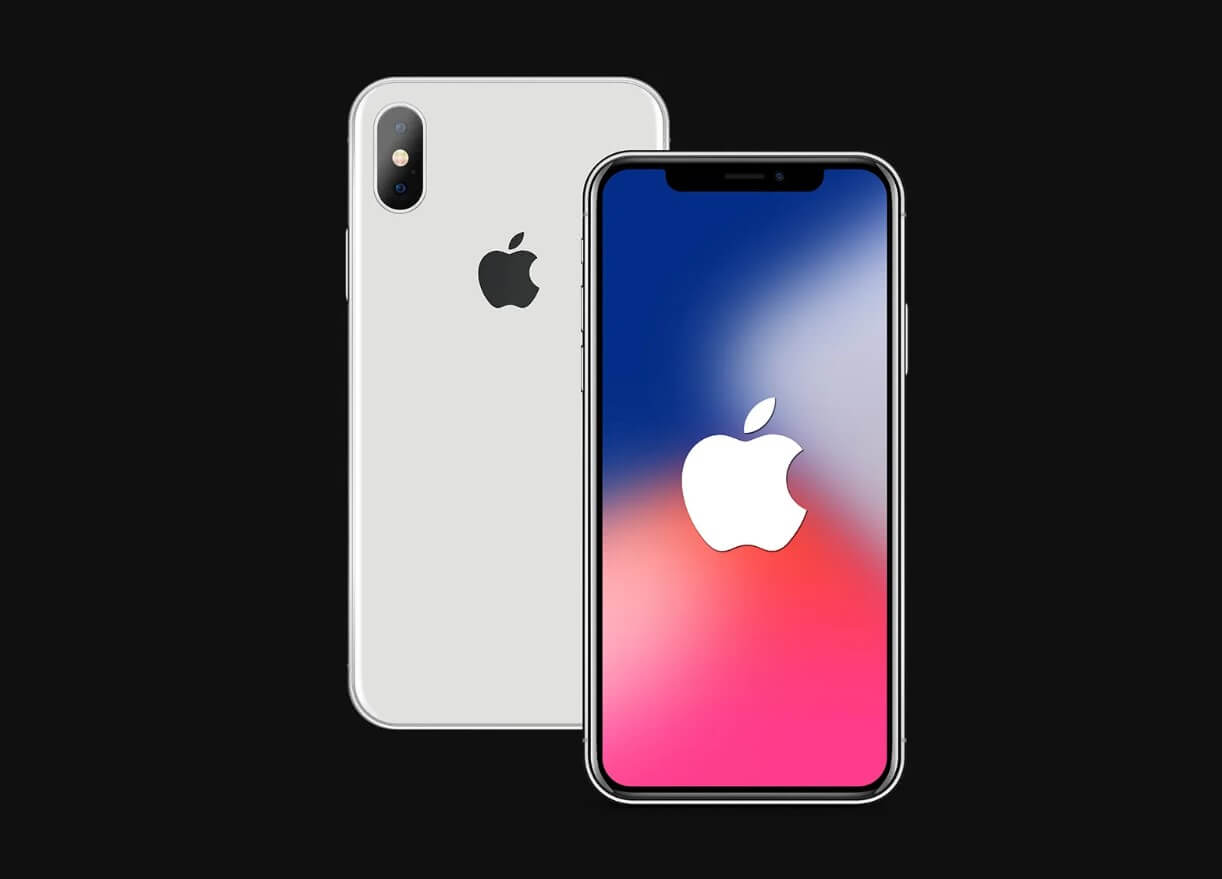 Now about the main thing. About the animated smiley of a fun little turd. Apple calls them Animoji – animated emoji. The same TrueDepth camera recognizes and analyzes the movements of the facial muscles. The processor transfers them to one of the 12 emojis. In addition to the shit, there is a monkey, robot, cat, dog, alien, fox, pig, panda, hare, rooster, and unicorn. iPhone records both facial expressions and voice, and the main charm is that Animoji can be saved and sent anywhere in the video format, not just in iMessage. The epidemic of speaking shit on social networks is coming! 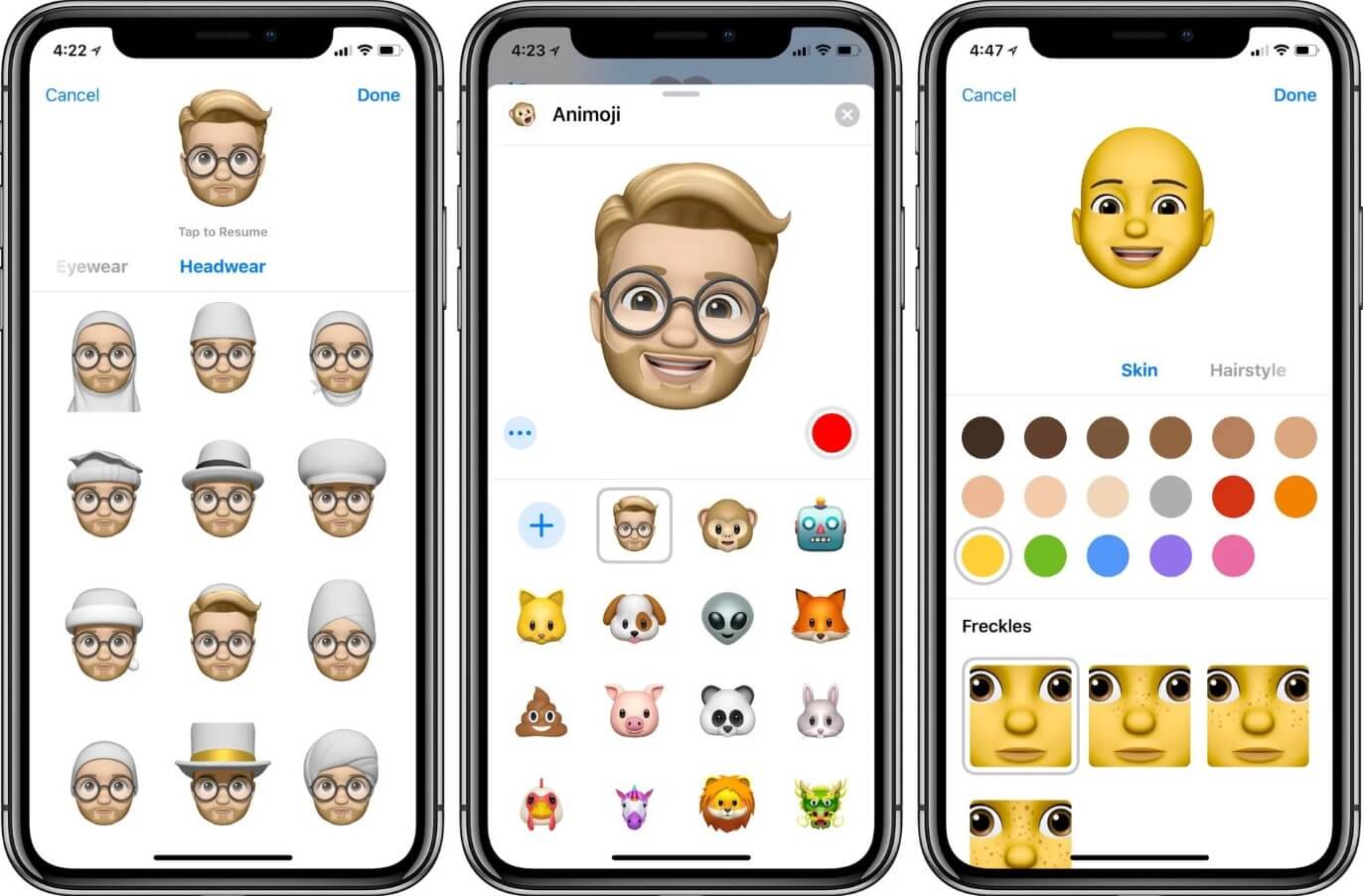 This technology is already using Snapchat. It is not very popular in India; it flies faster than everyone. Applications that can put anything on your face or make the cabinet copy your facial expressions are about to appear.

Technologies change scenarios of use. Passwords on iPhone all began to put after Touch ID appeared. Because it became convenient to enter a password each time, few people like each. The face notification script has changed with Face ID. Only the general message appears on the locked screen: “New notification from Telegram,” “Messenger. A new message”. If you show your iPhone X your face, the notifications will change, and the message text will appear. You do not need to unlock the phone. Previously, you could hide text messages, but to read them, you would have to unlock the phone and go to the good chat. So secureness is our everything. 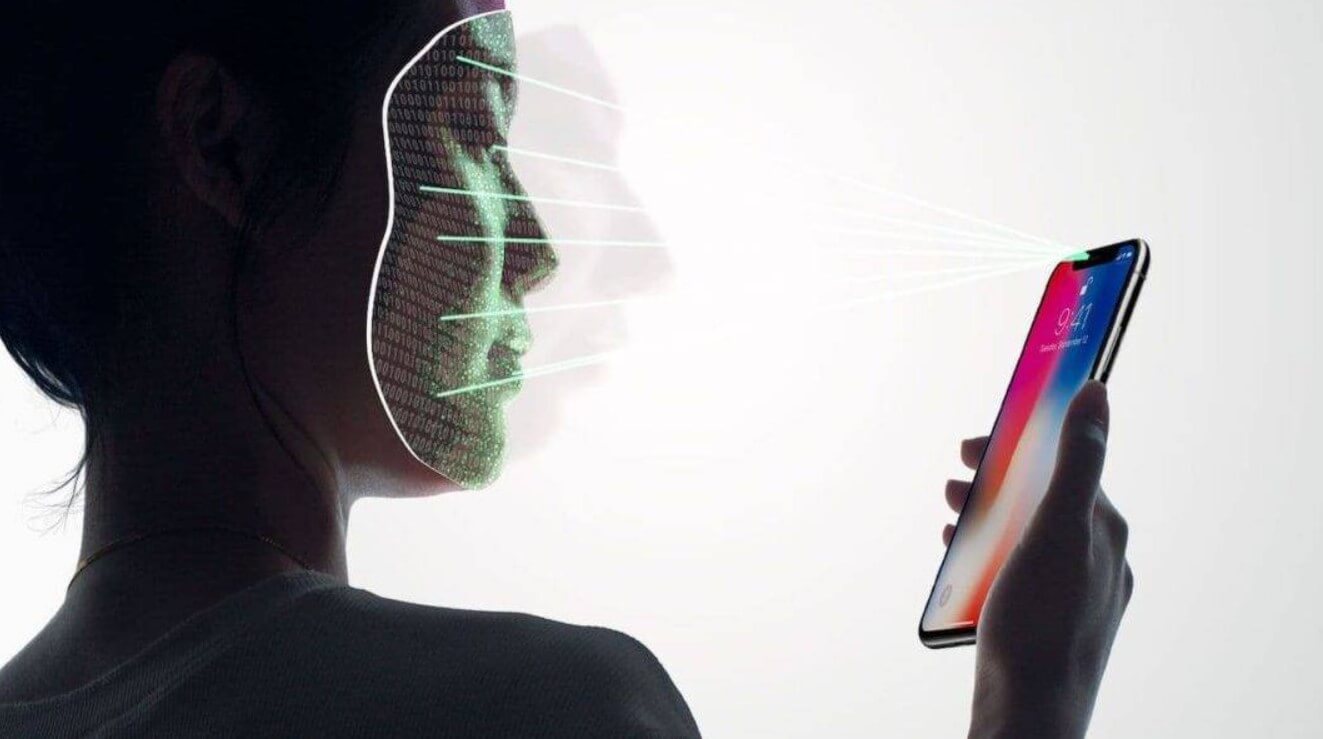 The script and Apple Pay – payment via phone have changed. Earlier it was necessary to attach a smartphone to the terminal and put a finger. Now you need to press the power button twice to cause the payment interface, to show the smartphone to the person, and then apply it to the terminal. That is, hang over the smartphone, leaning over the bar to confirm the payment, do not. Personally, my feelings – with the Touch ID was more convenient, there was no need to call anything, and the screen with the cards appeared itself. But the troubles, in general, are a big no. You get used to it quickly.

In addition to Face ID, the new iPhone frightened me by having to get used to new gestures: the Home button is no longer there. There is a suspicion that Apple has a staff of behavioral psychologists because the new gestures are intuitive. Unlock the screen or close the application – swipe from bottom to top. To see all the open programs, you need to hold from the bottom up and hold your finger.

You can move on them by dragging your finger along the bottom of the screen. The control point is called up if drawn downwards from the upper right corner. Search – swipe from top to bottom, anywhere on the screen. A long press of the power key now calls Siri. You get used quickly. It’s hard to get used to now: on the iPad, you need not brush the application but click Home to close it. 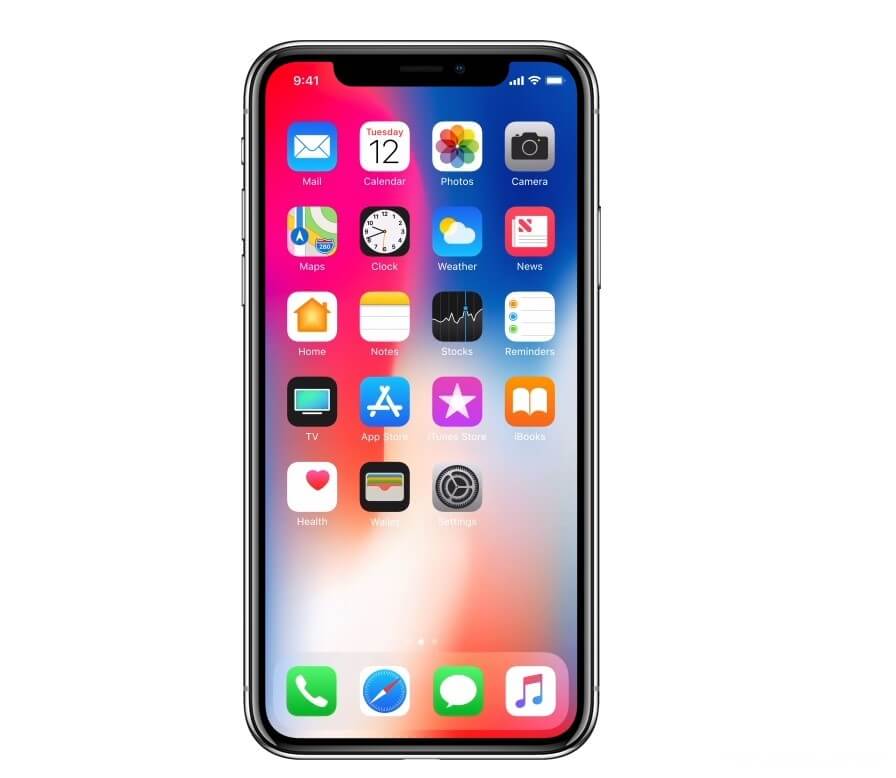 Apple first put on the iPhone OLED display and called it Super Retina. OLED displays are usually characterized by excessive color saturation and imperfect white color. But Apple is good with settings and production – and finding fault with him is almost impossible. It is bright and crisp and, at the same time, faithfully conveys colors. True Tone technology, which adjusts the display for cold or warm lighting, causes the image to behave as if it were printed on paper.

Of course, iPhone X supports wireless charging, can work with AR applications and shoots video in 4K. It knows how to do everything that the iPhone could do before it. It is the flagship, the pride of Apple, and the embodiment of the future – the way it is seen in Cupertino. And it’s beautiful.

iPhone X is expensive. But this, perhaps, is the first model about which one can confidently say: if there is money, one must buy without any “but” and reservations. Even though the cheapest model costs 80 thousand rubles, it is beautiful. Dot.