The new Aston Martin Vantage is very demanding on the skills of the driver. But the lack of gasoline in the blood still will not get rid of the realization that in your hands was an exceptional thing.

In the world of sculpture, an unconditional masterpiece of the Renaissance is the statue of David of the authorship of the great Michelangelo, now in Florence. However, many art historians, the real crown of the Italian sculptor’s work, are still called “Lamentation of Christ“, also known as the Vatican Pieta. Moreover, there is one very dark legend associated with this composition of the master.

There is a hypothesis that, while working on a sculpture, Buonarroti mortally wounded his sitter, in order to more accurately convey the flour of the dying Jesus in marble. So it or not, forever remains a mystery. However, the fact remains: Michelangelo was able to carve in the stone of suffering. After, no one could repeat something like that …

Until a few dozen guys from the English outback did not create a new Aston Martin Vantage. They embodied fury in the metal, and this time no one was hurt. 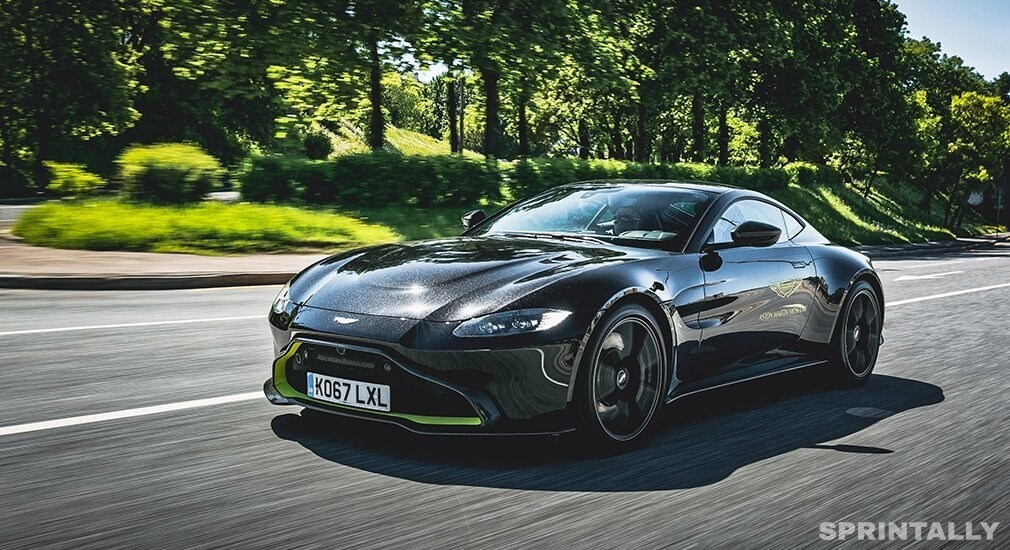 The uniqueness of the new Vantage lies in the fact that the machine did not appear at all. The past generation coupe has become one of the most successful models in the history of the company. Over 10 years of production, Aston Martin has managed to sell more than 20,000 copies. However, the car that was being prepared for it could not carry the DB10 index. At least, that’s the name of the conceptual coupe on which the agent 007 cut in the film Specter.

Cinematic DB10 was built in 2014 specifically for the filming of Bond. On the platform and the units of the Vantage serial coupe of the outgoing generation put on a new body. For work in the frame, eight such machines were assembled. And the leadership of Aston Martin then immediately announced that the DB10 will remain the official car of Her Majesty’s agent and will not go to free sale. 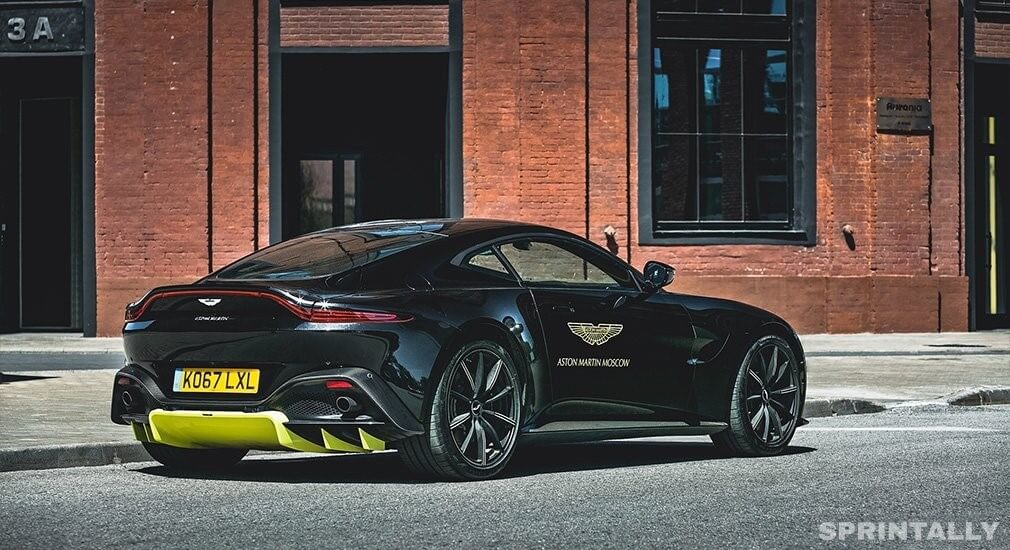 And now almost four years have passed. Opposite to me on one of the municipal parking of the Yauza embankment is a car that almost does not differ from the DB10 from the tape about the British supercent. And to spit, that he is called in the old manner – Vantage. The main thing is that the car entered the market, and the amazing work of designers was not wasted.

It’s funny, too: Aston Martin’s management has been threatening to come to the high-tech Formula 1 for a number of years already as a supplier of engines, but the power packs for its own civilian models mostly borrow from partners. The flaming heart of the new Vantage is a four-liter V8 with two turbochargers in the collapse of the block from the Mercedes-AMG masters. 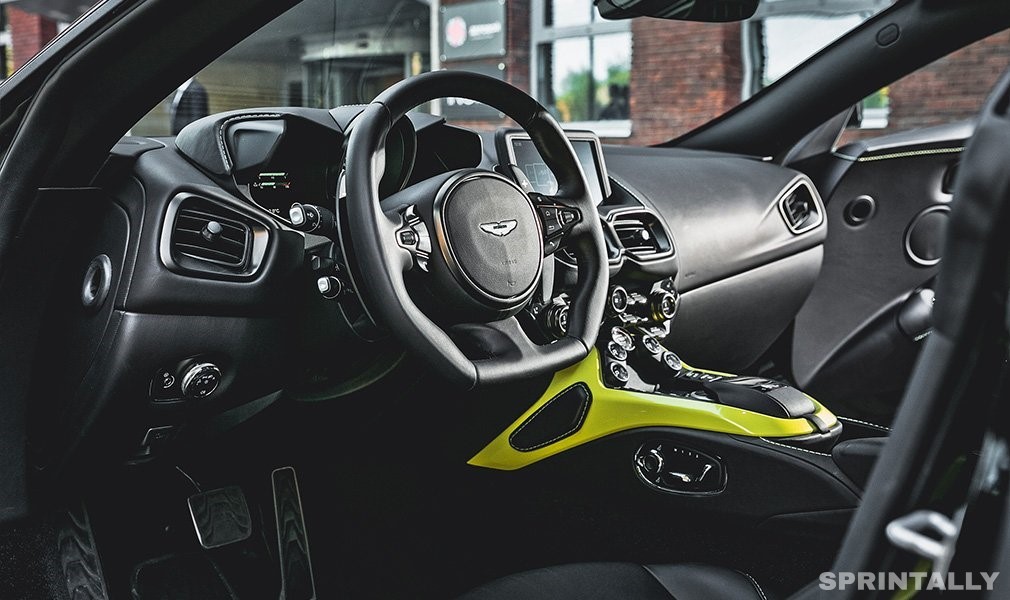 At the disposal of people from Gaidon was a real engineering masterpiece, around which it was necessary to build the right chassis. However, the “Aston” did not force the engine to the limit. Here the “eight” gives out only 510 hp. And this was done not only for engineering reasons but also because of the unspoken subordination. The Vantage is more powerful than the initial AMG GT coupe but weaker than the intermediate GT S, the older GT C and the GT R track.

But Aston sounds as loud and rampant as the beast of “Green Hell”. With the launch of the motor, the teenagers, who just a minute ago made a selfie next to her, bounce off to the side. Walking ordinary pedestrians begin to bypass the Vantage for a dozen meters as if they pass next to the wicket with a sign: “Watch out! Angry dog”. 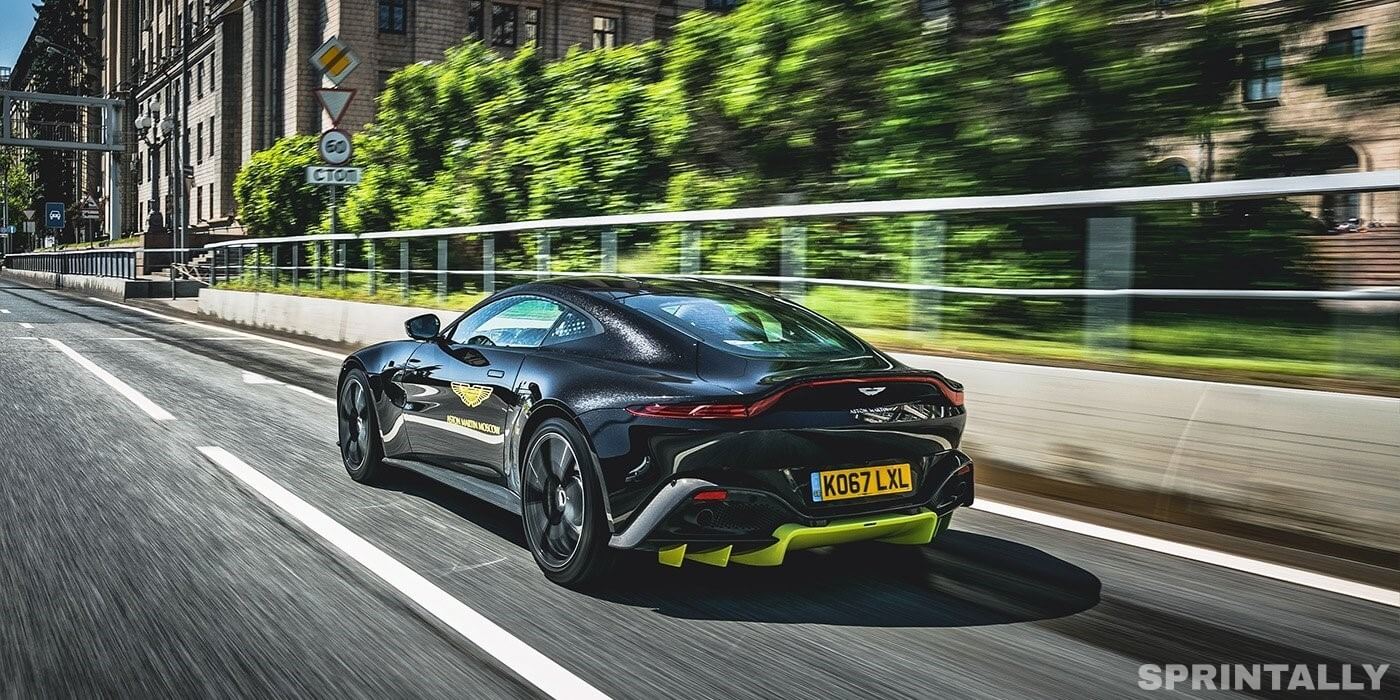 “Alex, and where are the comfortable chassis and mechatronics modes included?” – getting settled behind the wheel, I’m interested in an instructor sitting next to me from Aston Martin.

“There is no such regime here,” Alex concisely concludes our dialogue.

Vantage by default always goes in Sports mode. And do not say that the machine with these settings is felt tense on the go. Yes, with a hypersensitive accelerator pedal it is necessary to be cautious, so as not to anger the revolving motor. But working in tandem with the latter, the classic hydromechanical “automatic” with eight transmissions from the German ZF works surprisingly smoothly. 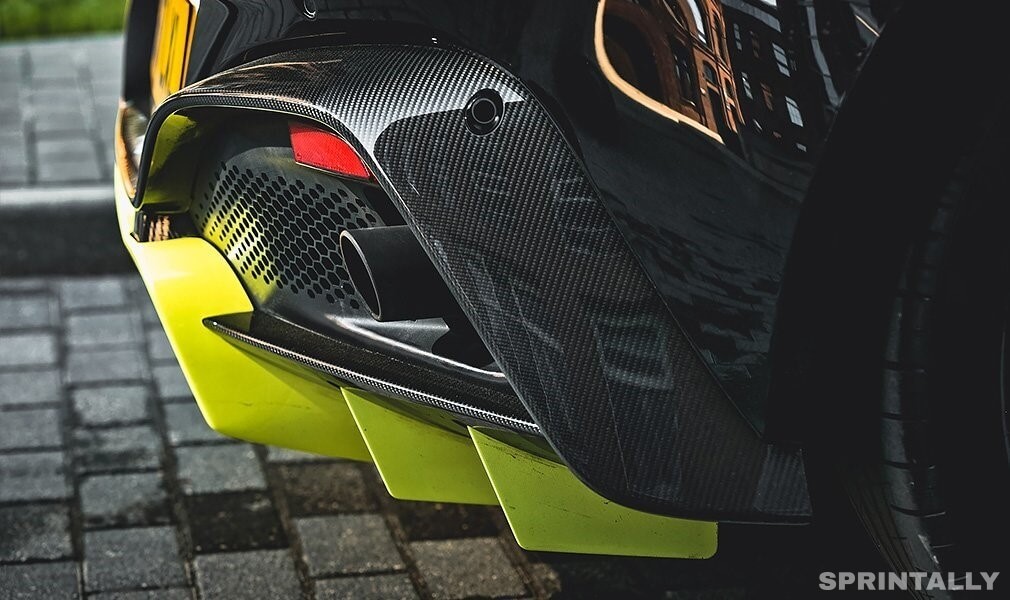 The pendants, too, do not seem to be shattering. You constantly feel the fifth point of the type of coverage under the wheels and even its micro-profile, but most of the small irregularities are still filtered. Do not doubt: you can get tired in such a car very quickly. But still, it will not happen after 20 minutes of the trip.

With the transition to the Sport + adaptive Vantage shock absorbers let more body shake onto the body and the saloon, but reduce to an imperceptible minimum the buildup of the body in any of the planes. The motor begins to boom louder, and the box plays along to its temperament and does not allow the crankshaft to rotate more slowly than 2000 rpm. But, surprisingly, the steering wheel remains quite light (according to Sportkarovskim standards, of course) in each of these modes.

The wheel in sports mode is cemented only in Track mode. In that very one, in which the engine flies off the coils and, in principle, does not work at speeds below 3000, and the gear changes become very sharp. In the same mode, electronic collars are dropped, and Vantage turns into a real monster.

However, the experienced driver Aston Martin will be revealed from an entirely different angle. Adrenaline shock from communication with Vantage can be transferred to the channel of endorphin buzz. Having found a common language with him, it’s somehow difficult to believe how obedient and responsive this car can be. Even despite the 510 forces and rear-wheel drive. 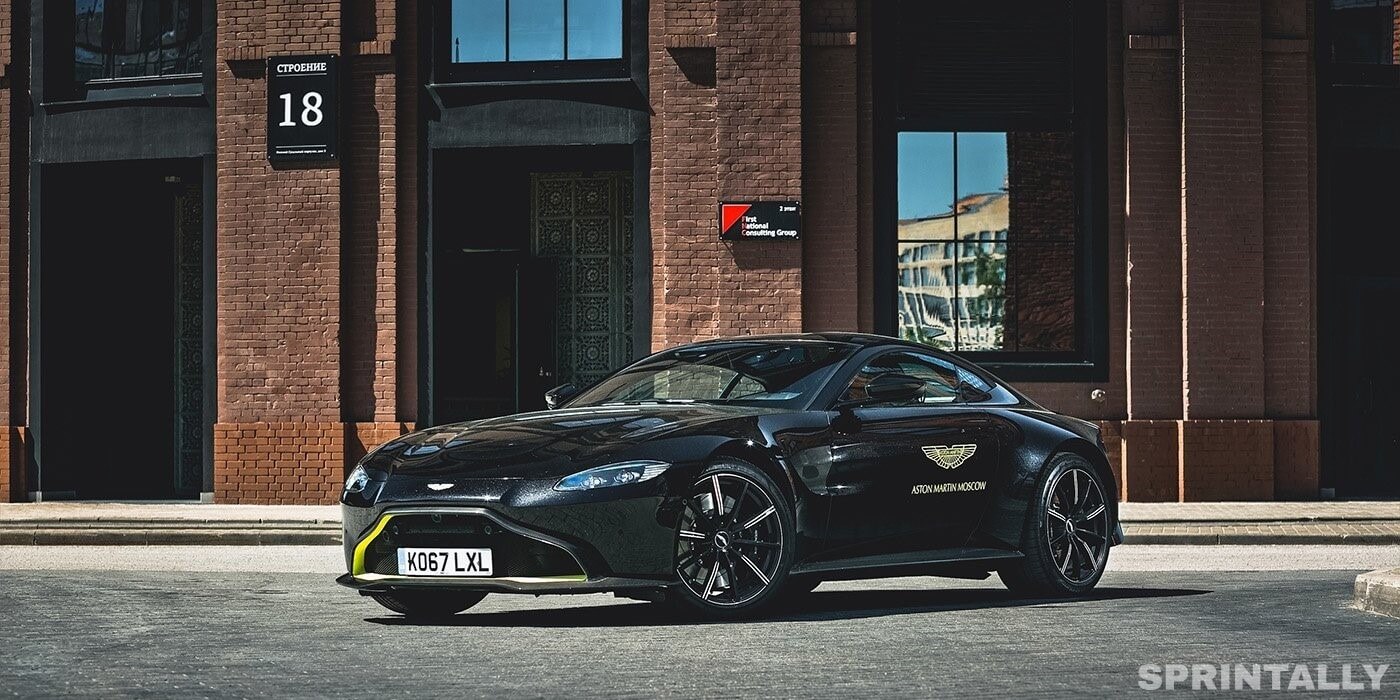 Those who are hard to comprehend the complex character of the British still will be delighted with him. The lack of gasoline in the blood will not relieve you from the realization that in your hands was an exceptional thing. While the owners of Ferrari and Lamborghini will take the old scores of old Enzo and his opponent Ferrucho, and the owners of the Audi R8 try to explain that they also have a supercar, the person behind the wheel of Aston Martin will be above these disputes. Her Majesty’s agent has more important missions.